We spend an undue amount of time scouring the internet in search of unusual and awesome motorbikes here at Coolector HQ so it’s always gratifying when we come across one quite as striking and impeccably crafted as this Black Phantom Motorbike from the Kingston Custom workshop. Immeasurably cool with a vintage style aesthetic, the Black Phantom Bike is definitely one of the best looking steeds you’re going to see this year and boasts a performance to match. 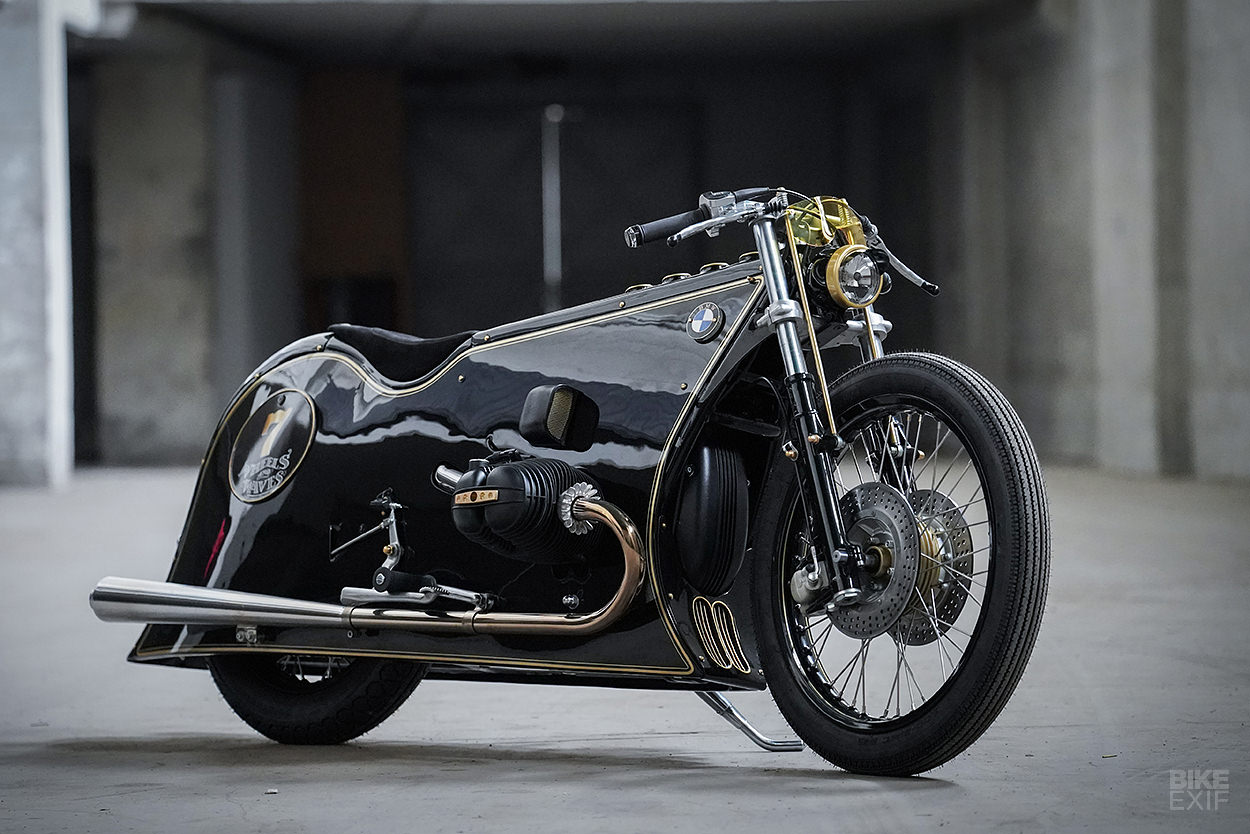 The Black Phantom Motorbike from Kingston Custom is the brainchild of German biking enthusiasts Dirk Oehlerking who has really made a name for himself in customisation circles based on the unparalleled calibre of his creations. This superb offering is an update and upgrade on one of his most beloved creations, the White Phantom, and it somehow manages to improve upon its predecessor in a number of key areas with such an impressive attention to design detail.

Built upon a BMW frame, there is an immediate eye-catching classiness to the Black Phantom Motorbike and its creator had some very specific goals during the design process. Oehlerking wanted to build the Black Phantom without any overly elaborate frame mods and this meant no cutting, grinding or welding could be used during the build. As a result, he also decided to stick to BMW parts wherever possible, and keep the use of high-end tech to a minimum in order to maintain the vintage look and feel of the bike. 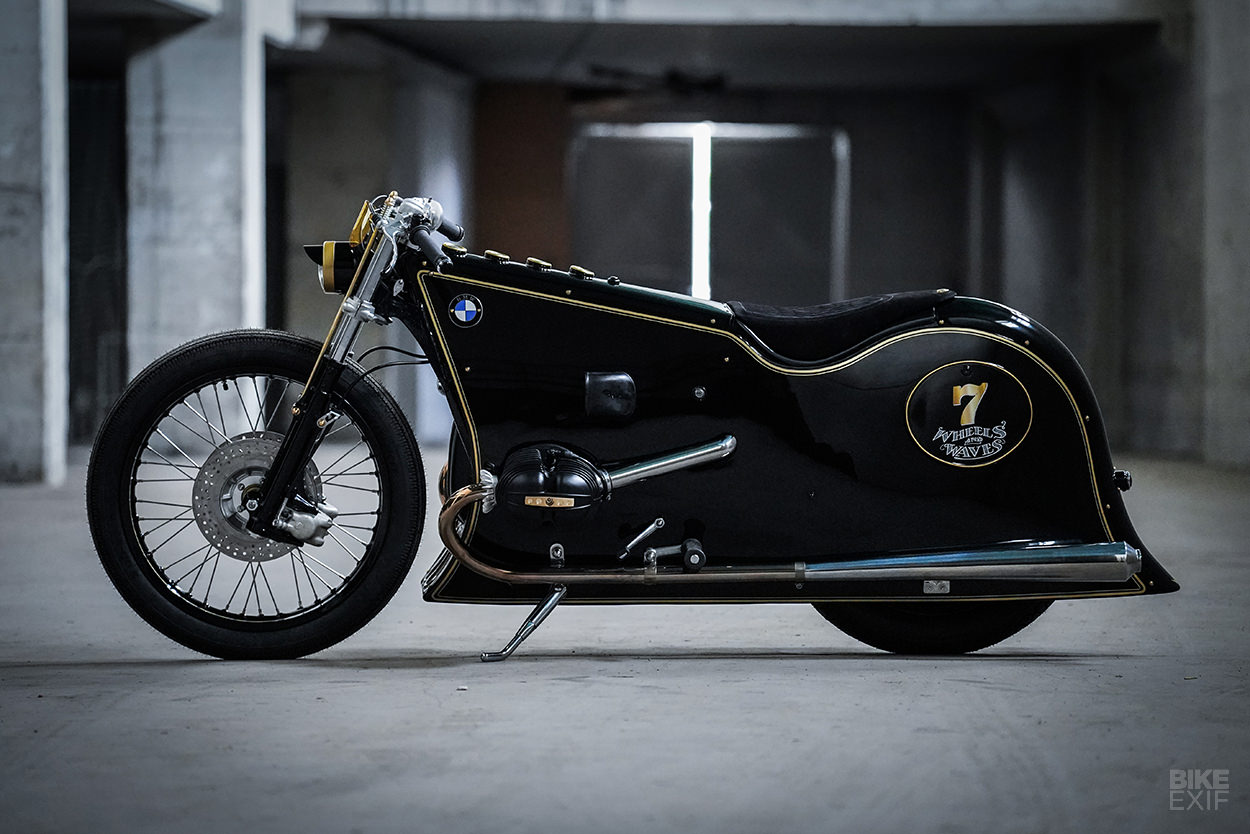 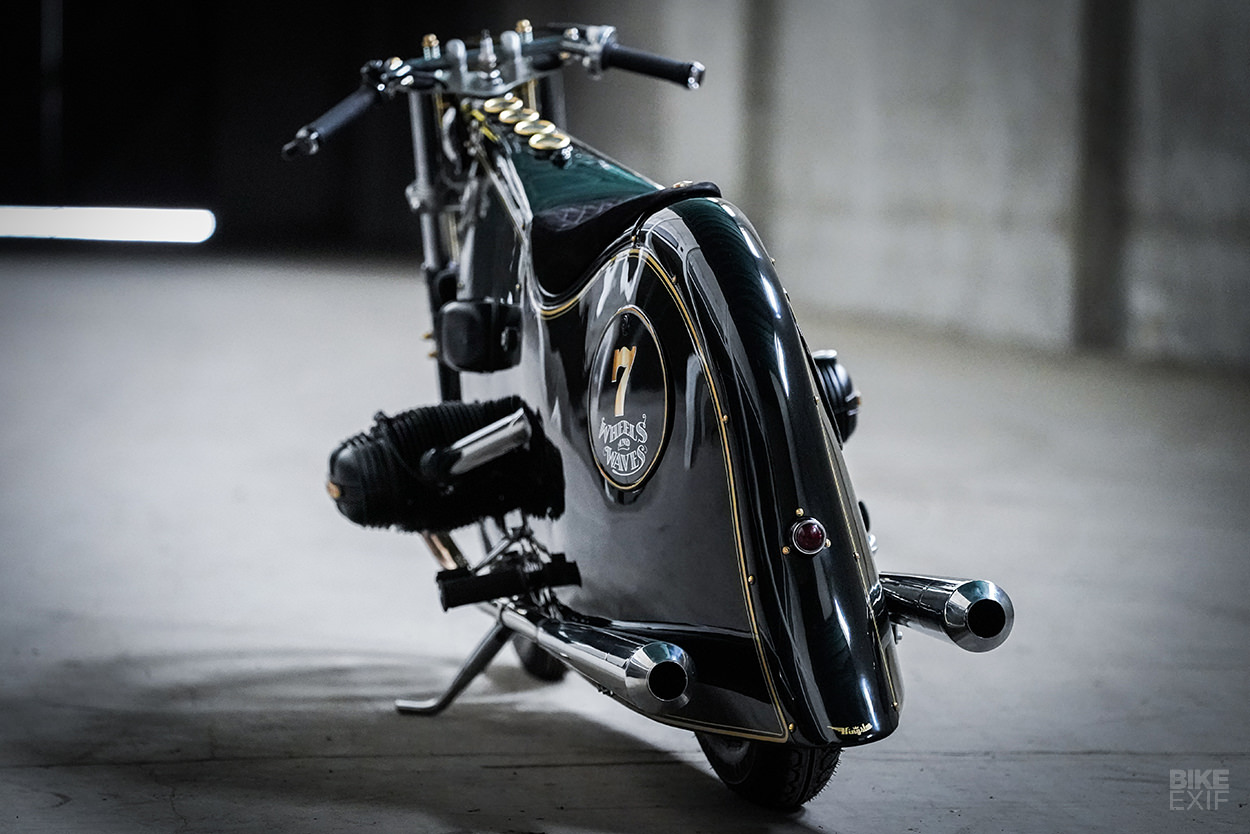 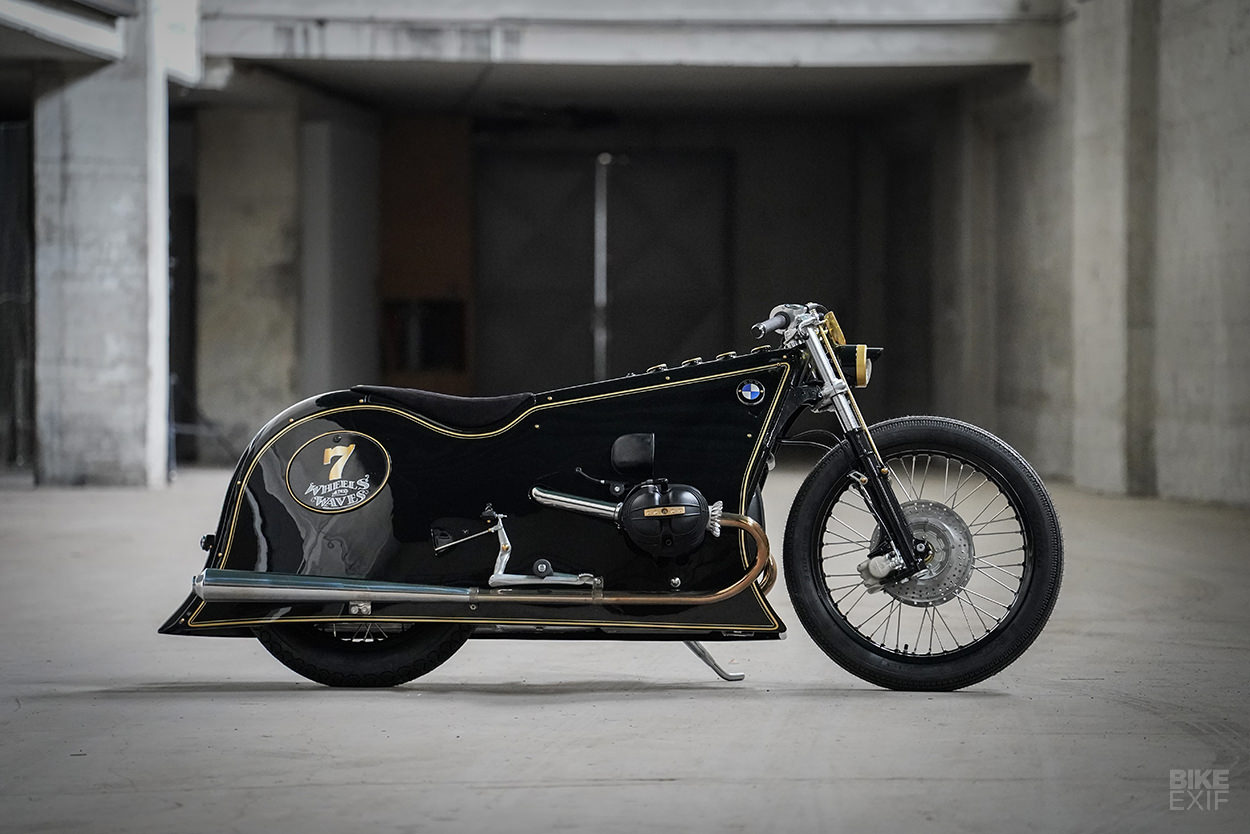 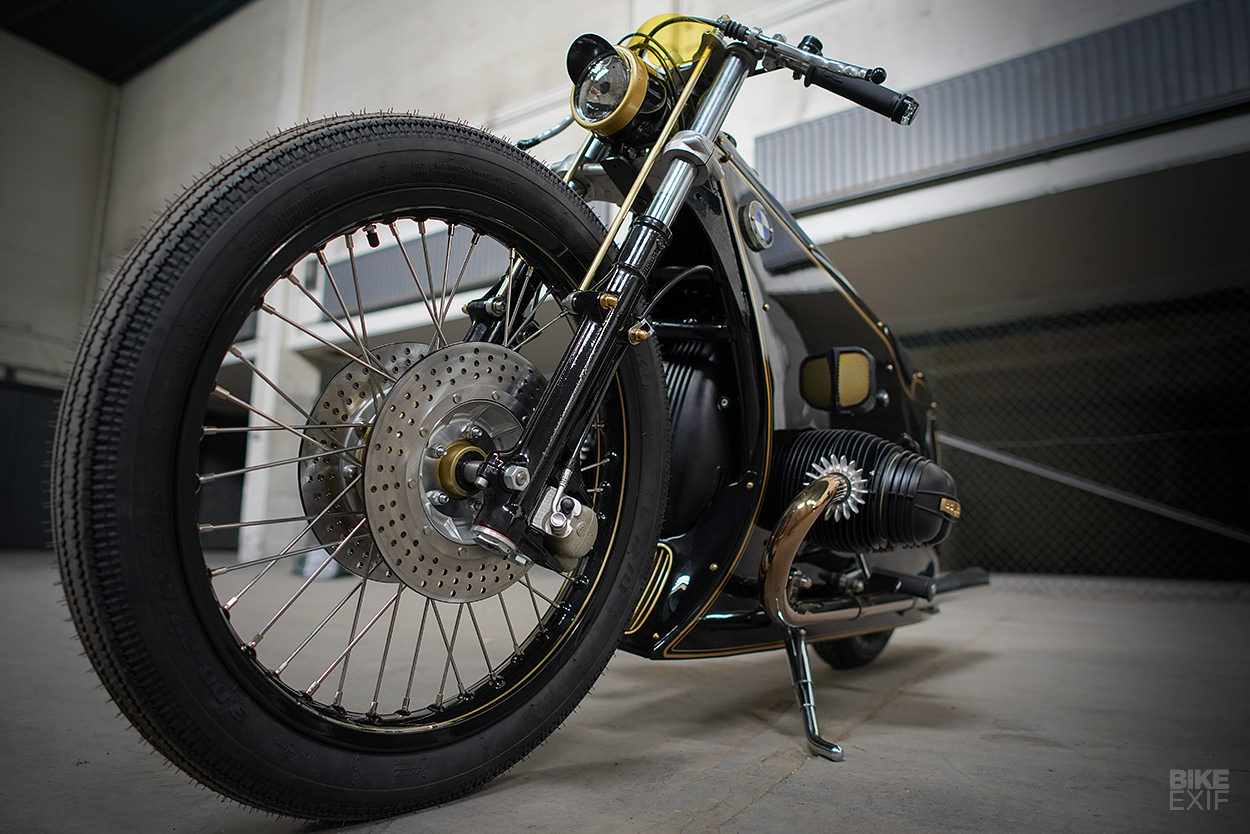 The Kingston Custom Black Phantom Motorbike has a rolling chassis which is an untouched BMW R75 frame, mated to an R80/7 final drive and R80RT shocks. BMW R100RS forks have then been grafted on the front of this stunning steed, and modified with a skinny external springer system in order to deliver a visual impact quite unlike anything we’ve seen. This sensational machine has a 21” front wheel, which has been taken from an R80G/S, and an 18” rear wheel, borrowed from an R75/6. The tires are from Shinco (front) and Metzeler (rear) with the twin brake discs being taken from R100RS – so, as you can see, this custom job has some impressive components. 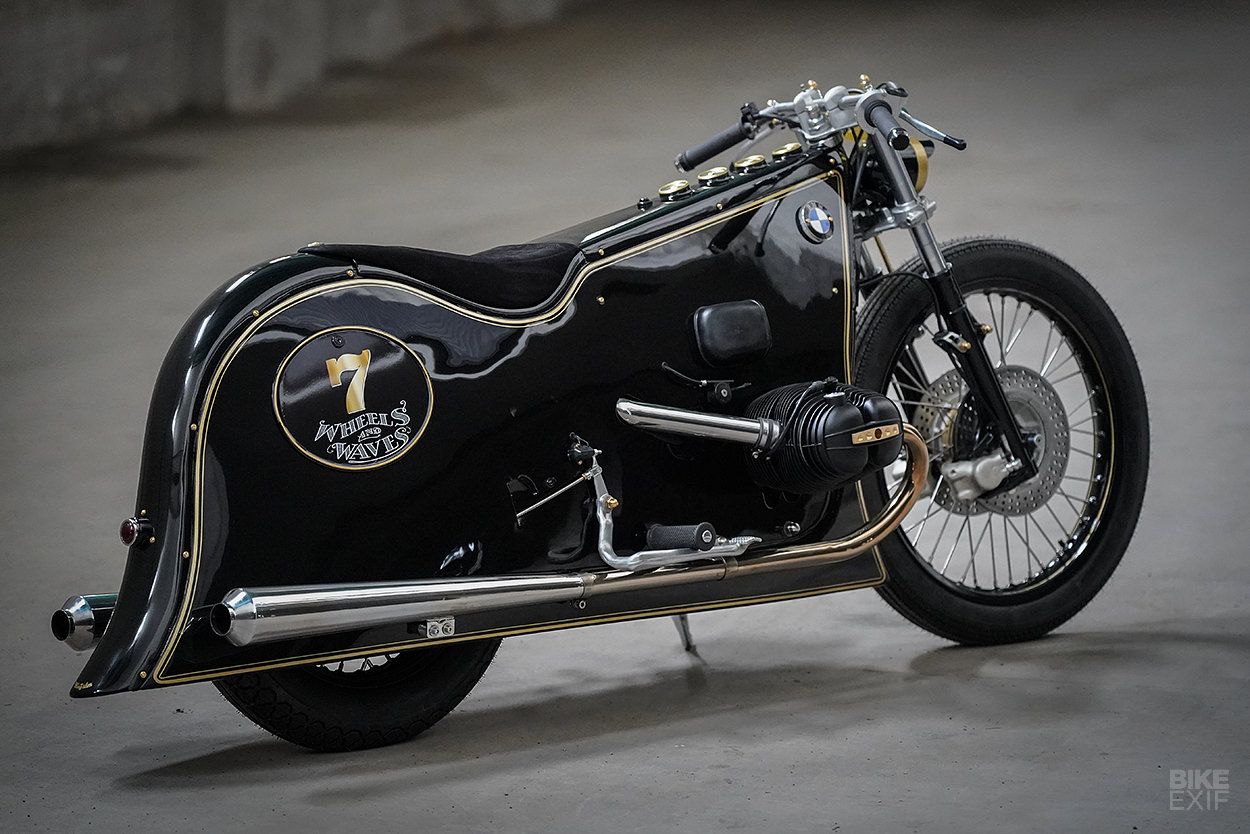 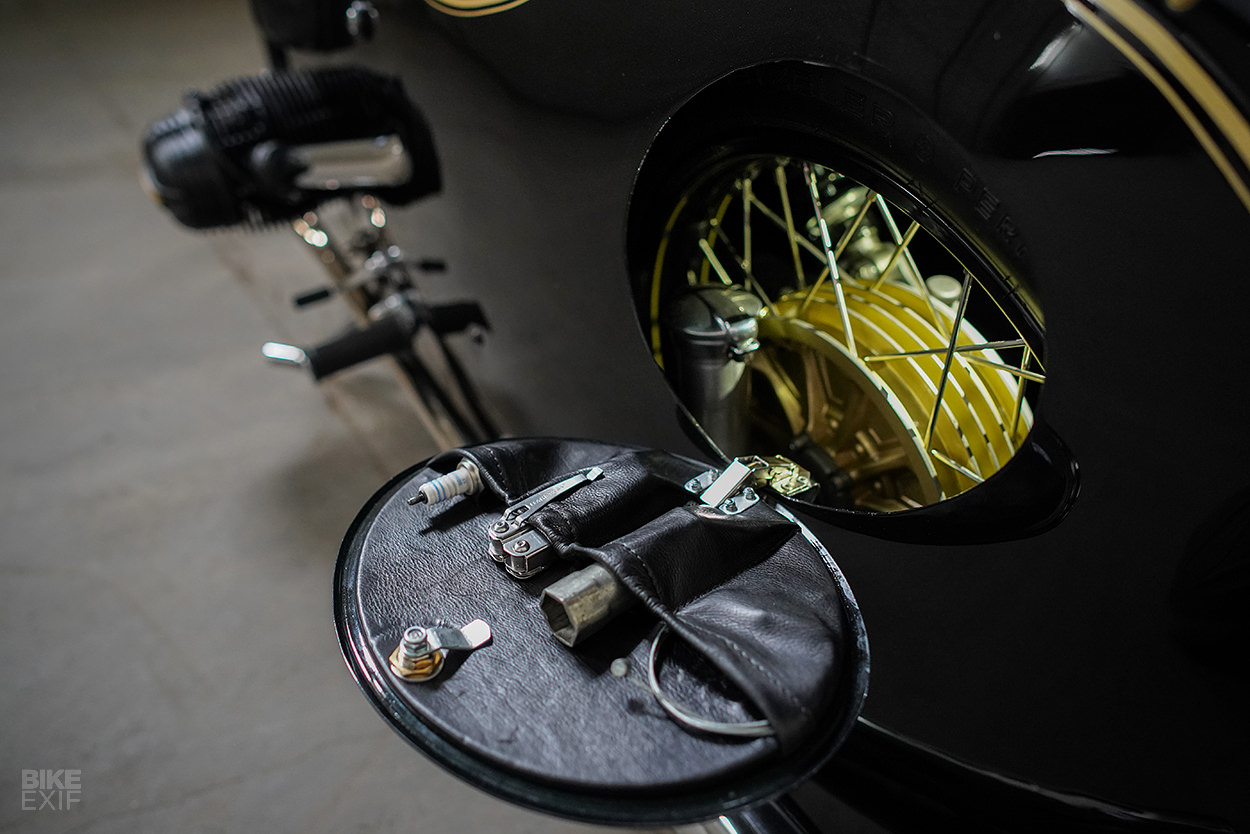 With the driving force of the Black Phantom being an air-cooled boxer motor from a BMW R75 which has been added to a five-speed R80/7 transmission, you’ll be blown away by the sheer power of this cracking contraption. The carbs of the Black Phantom are Bing 32s and they have been connected to the heads via custom tubing. Elongated Hoske silencers really do add a touch of dapperness to proceedings.

The Black Phantom’s finishing kit is another area in which it excels and it is a mix of more Beemer parts, and a few select aftermarket components. The foot pegs and controls, brake light switch, handlebars and ignition have all been taken from various boxers and the clutch and brake levers are universal aftermarket pieces and, last but not least, there is a pair of Motogadget bar-end turn signals which provide a touch of aesthetic superiority. 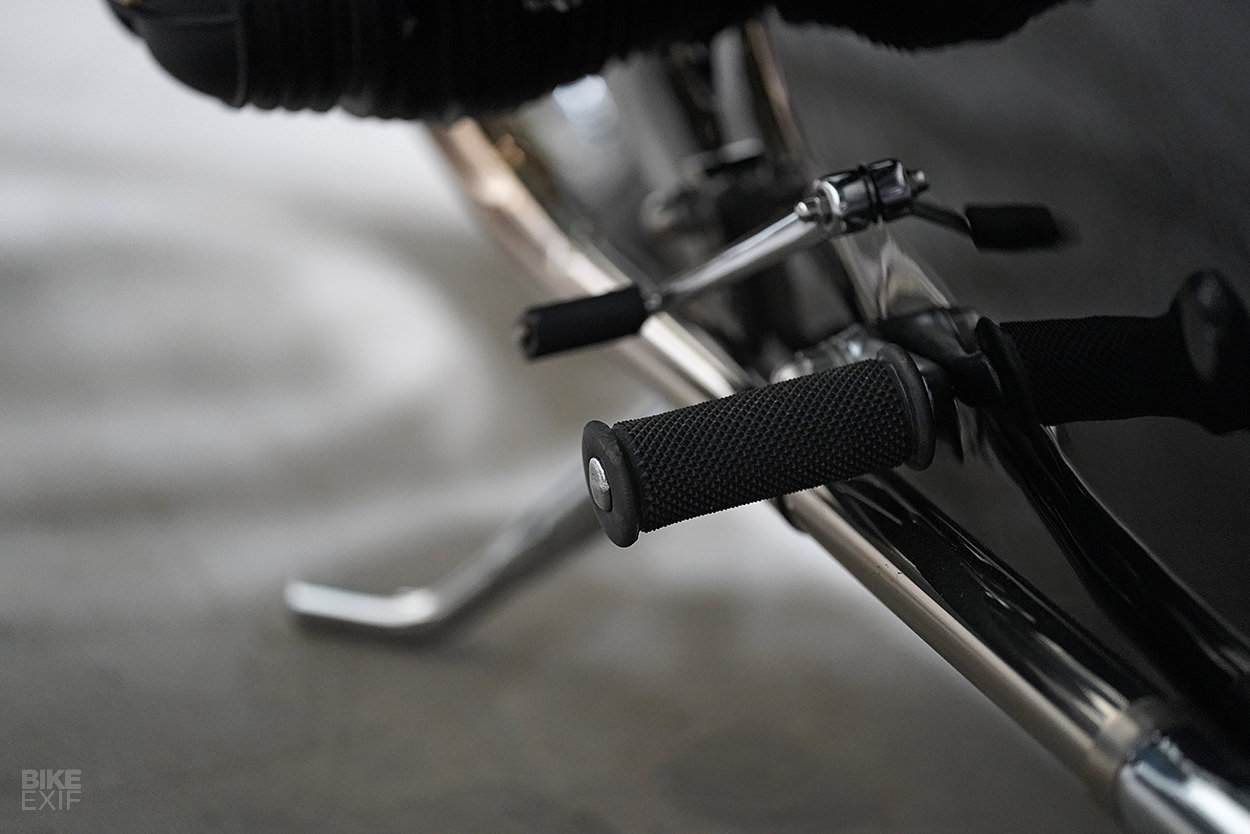 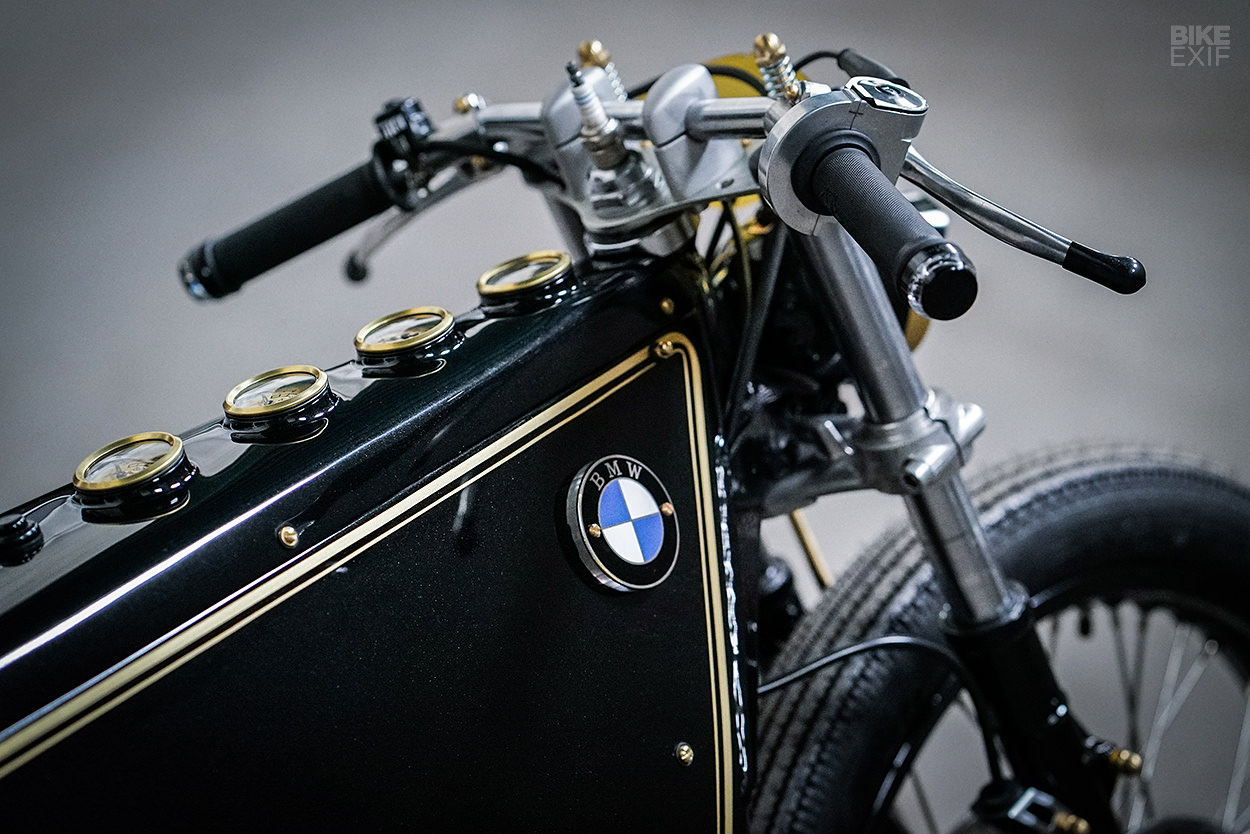 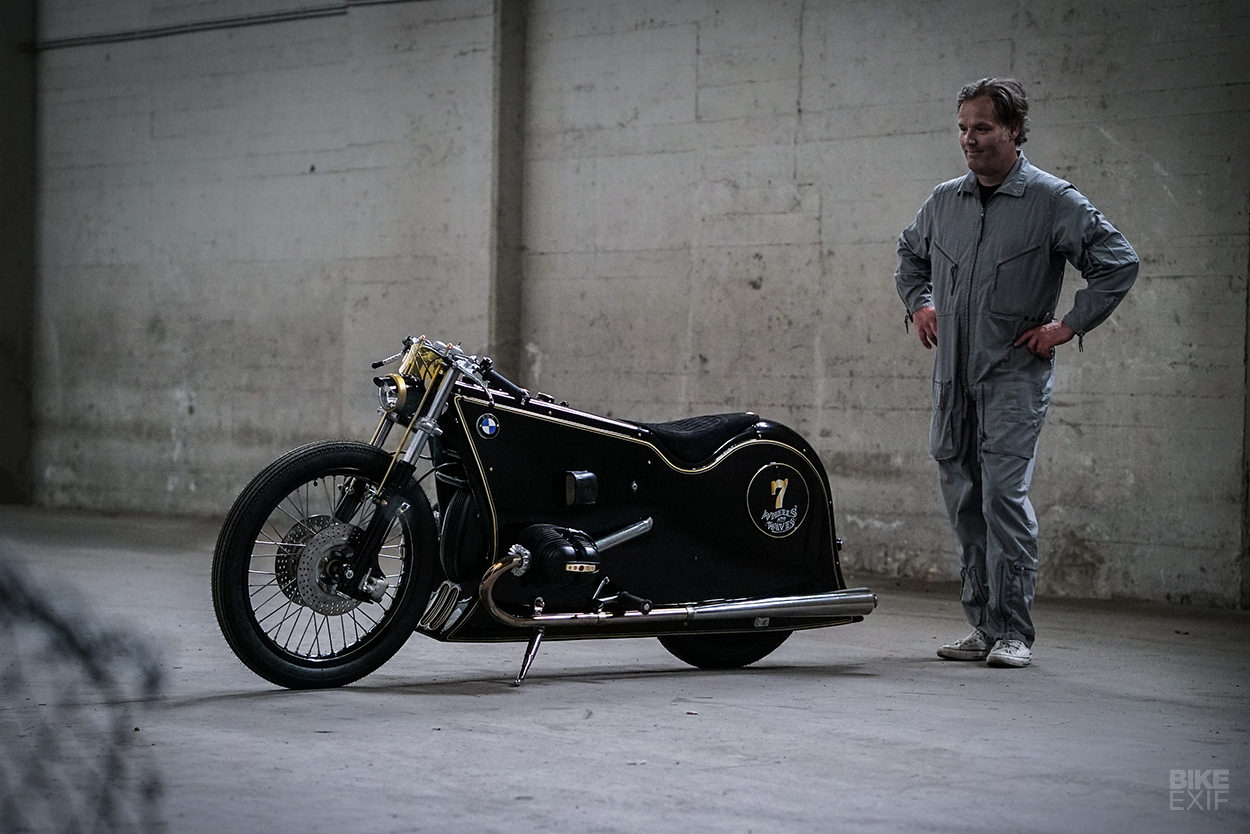 We love unusual designs here at Coolector HQ and this vintage style creation from Kingston Customs has caught our eye. Brilliantly designed from the ground up and making use of suitable components for the build, the Black Phantom is rightly seen as one of the best customisation jobs out there and we can’t wait to see what else Oehlerking comes up with in 2019.