When it comes to motorcycle creations that are aesthetically unparalleled and deliver a visual impact quite unlike any other, BMW Motorrad never fail to impress and so it has proven once again with their latest release – the rather extraordinary looking Revival Birdcage Motorbike. Made in conjunction with Revival Cycles, BMW Motorrad have hit another home run with this spectacular looking steed which is the second custom bike built around the prototype of a new type of BMW Motorrad boxer engine revealed. 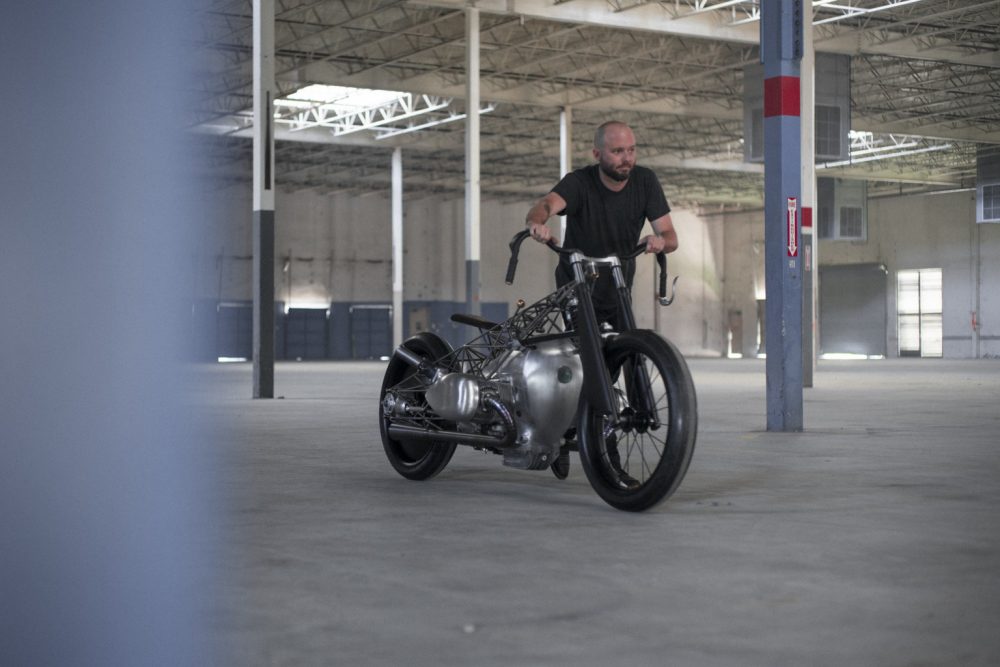 The BMW Motorrad Revival Birdcage Motorbike is a true sight to behold and it represents a superb achievement in design from American workshop, Revival Cycles who specialise in motorcycle customisations. This breathtaking contraption is based upon the prototype of a completely new type of BMW boxer engine and it will have certainly captured the imagination of many a motorcyclist out there. The bike was unveiled at the exclusive Revival Party on eve of the annually held Handbuilt Show in Austin/Texas.

Making the Most of the Engine

This is one mighty impressive machine which really capitalises on the power and performance of the BMW Motorrad Boxer Engine and for those with a love of unusual looking bikes, it’s sure to be ticking all of the right boxes for you. The frame of the “Revival Birdcage” motorbike has been crafted from titanium and was developed by Revival Cycles itself. It was their first time building a frame with titanium and that alone was already a significant challenge but one that they overcame with aplomb as you can clearly see. 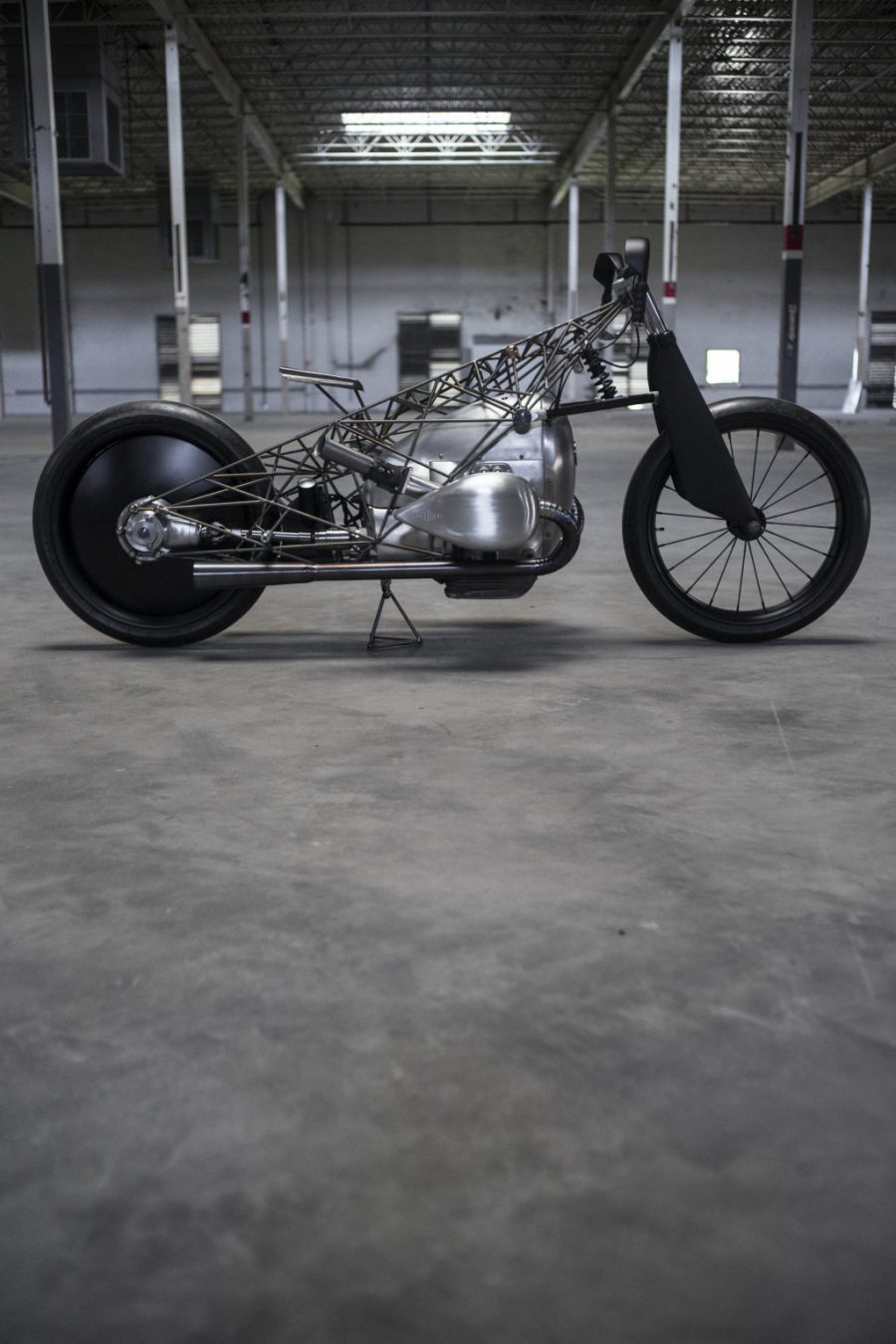 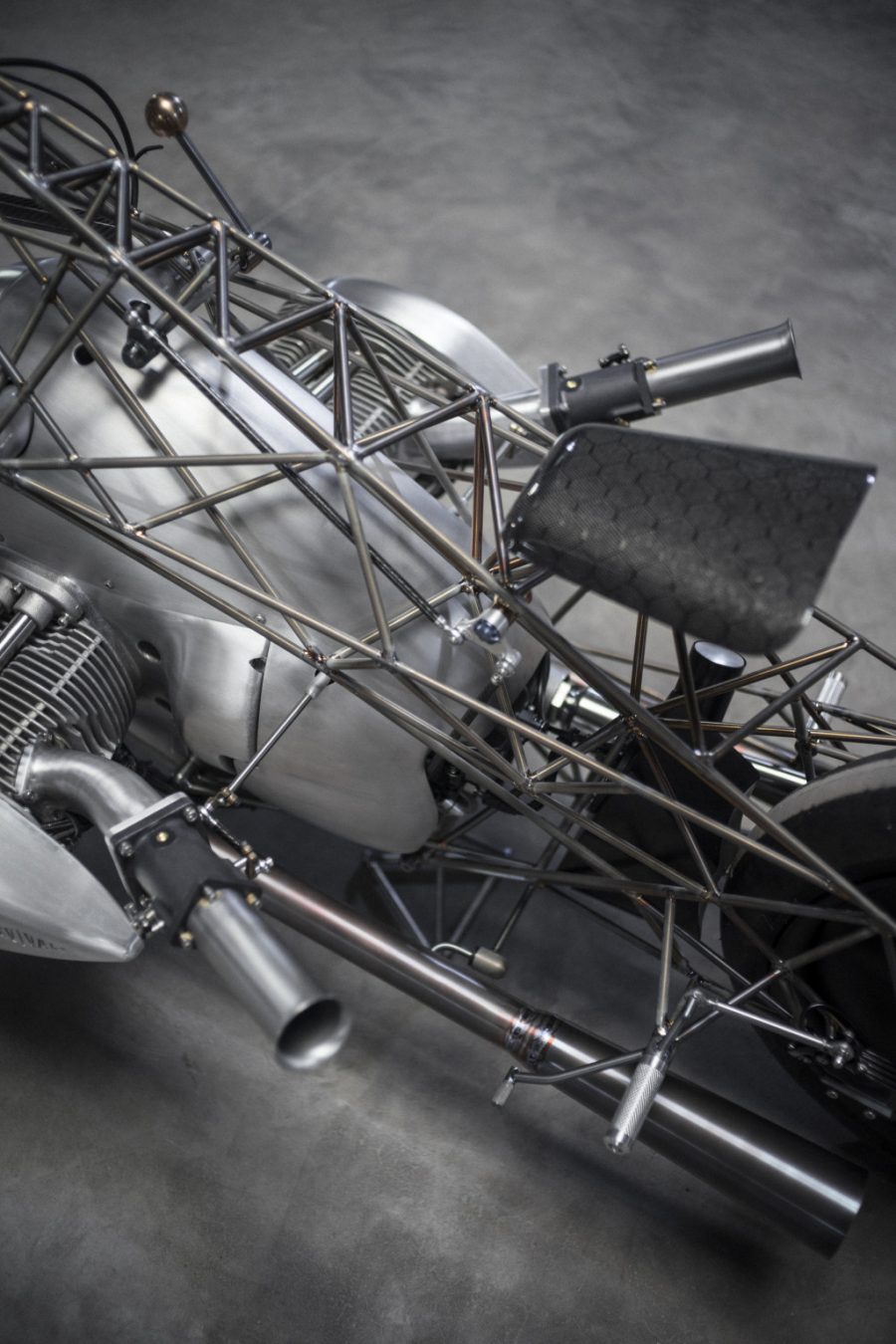 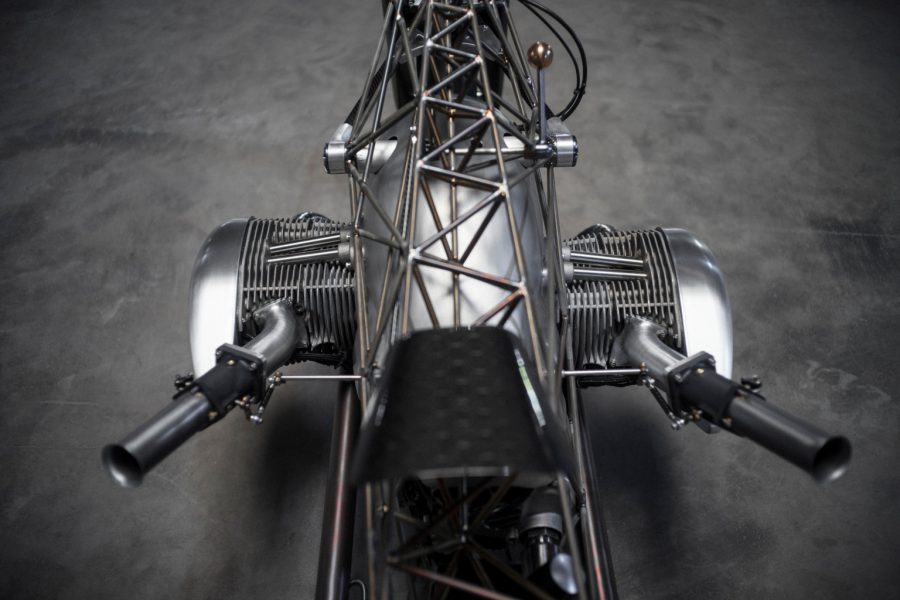 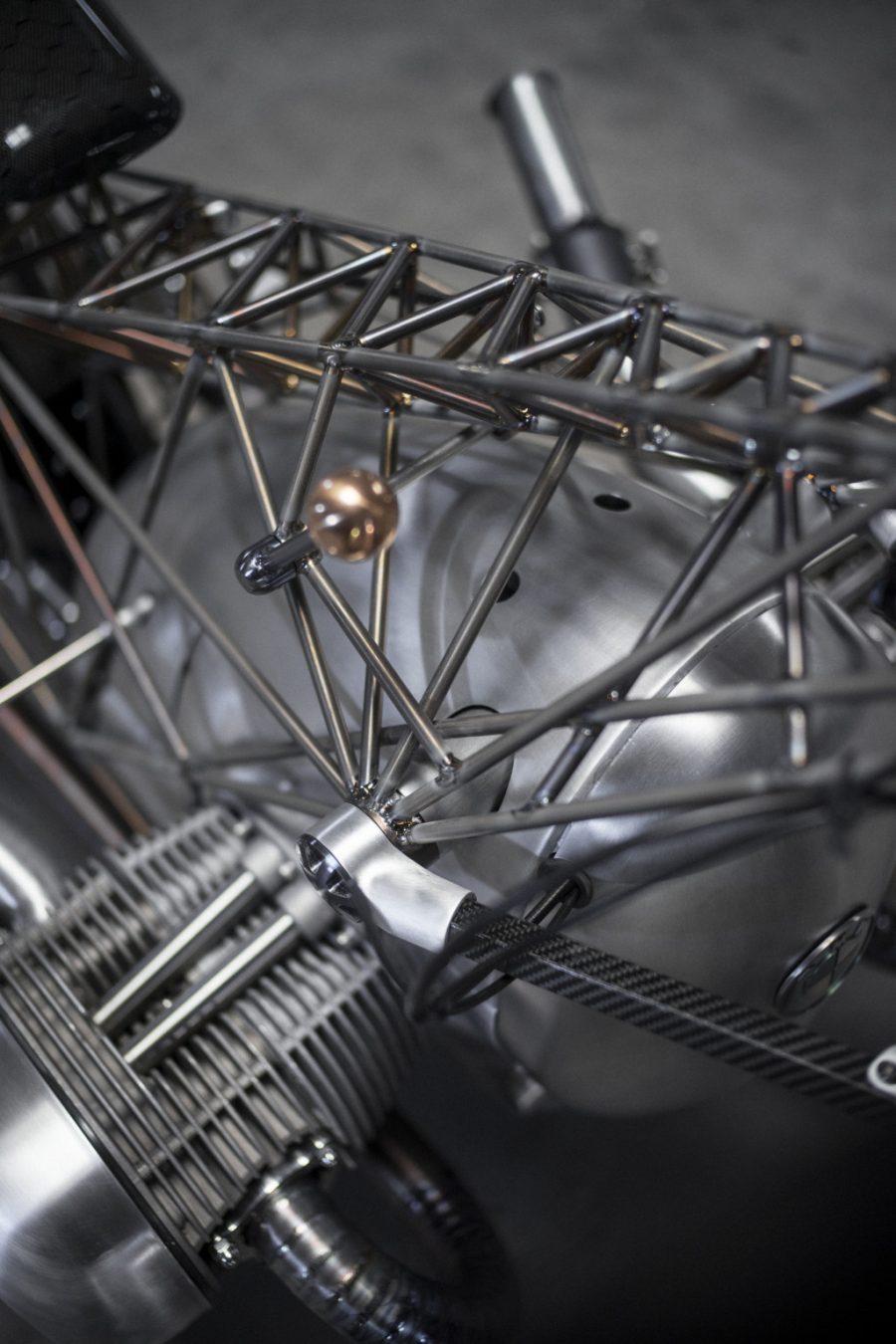 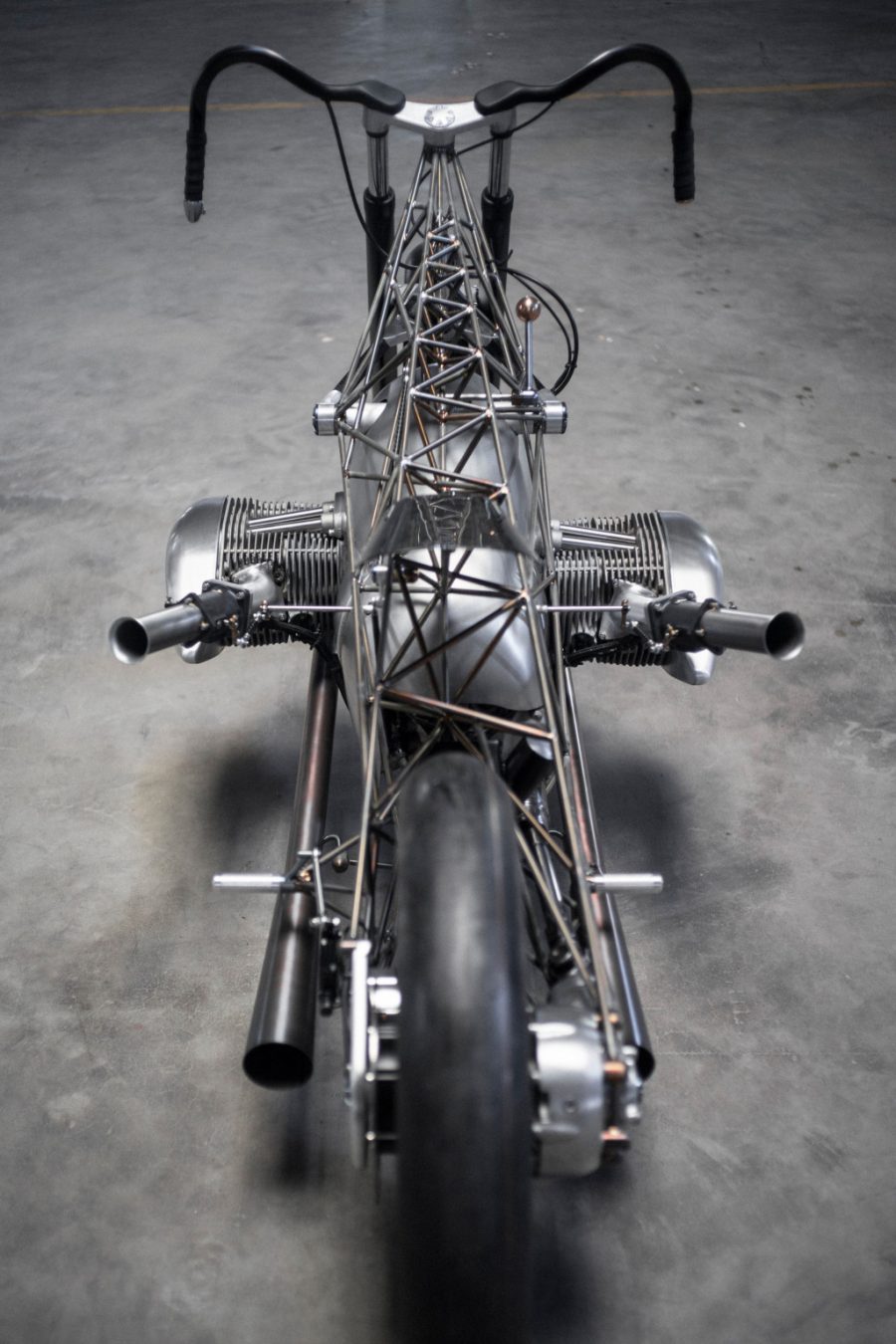 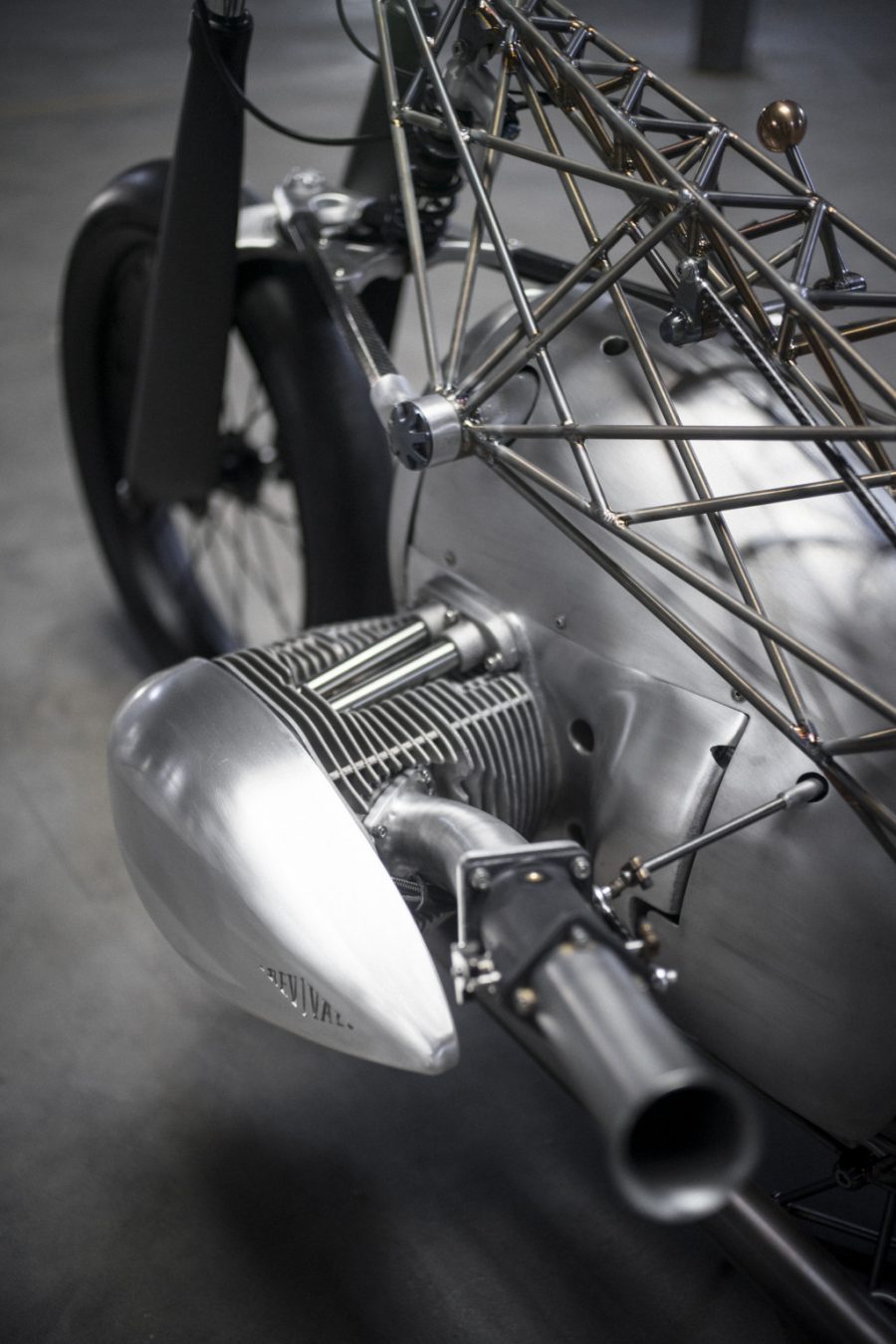 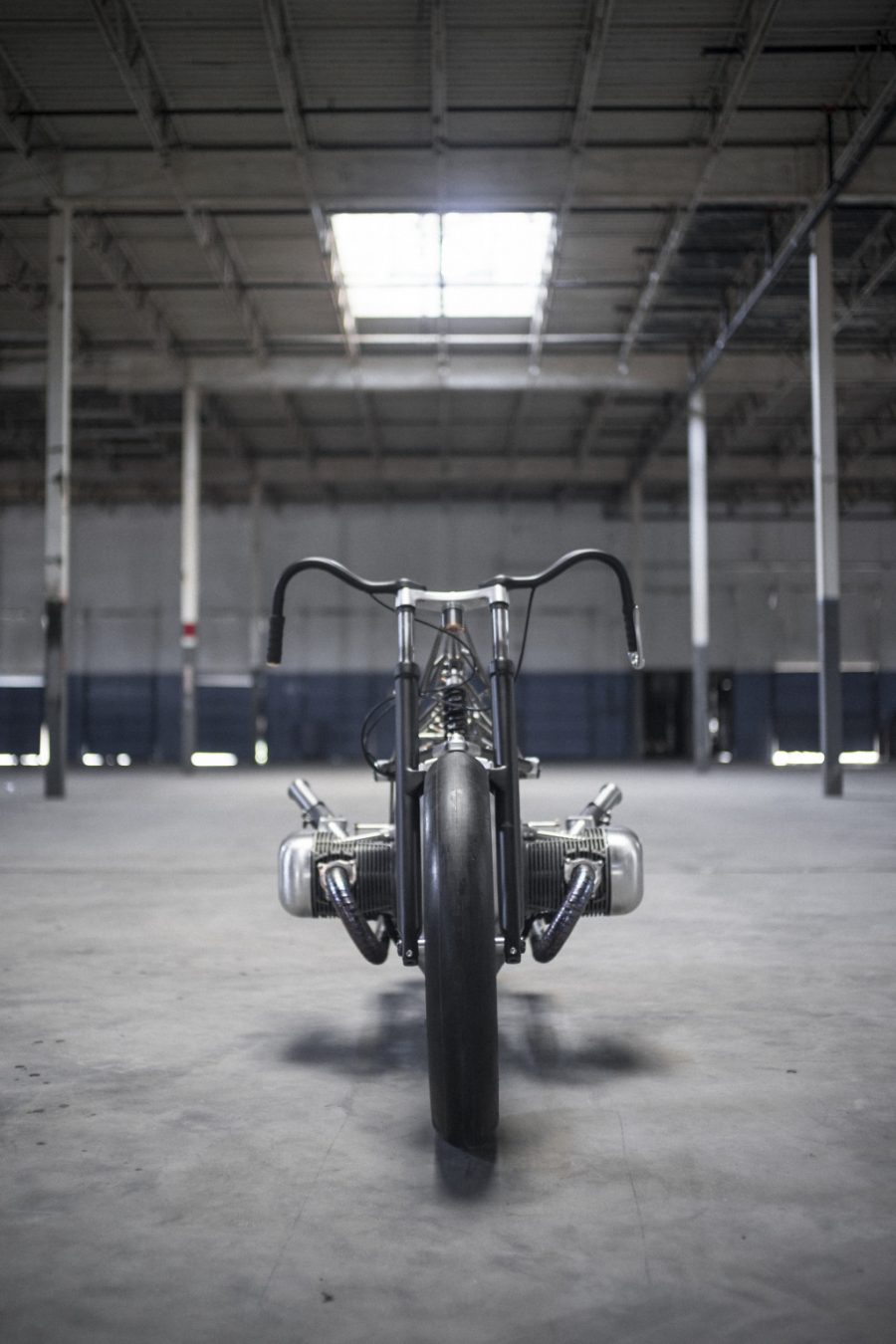 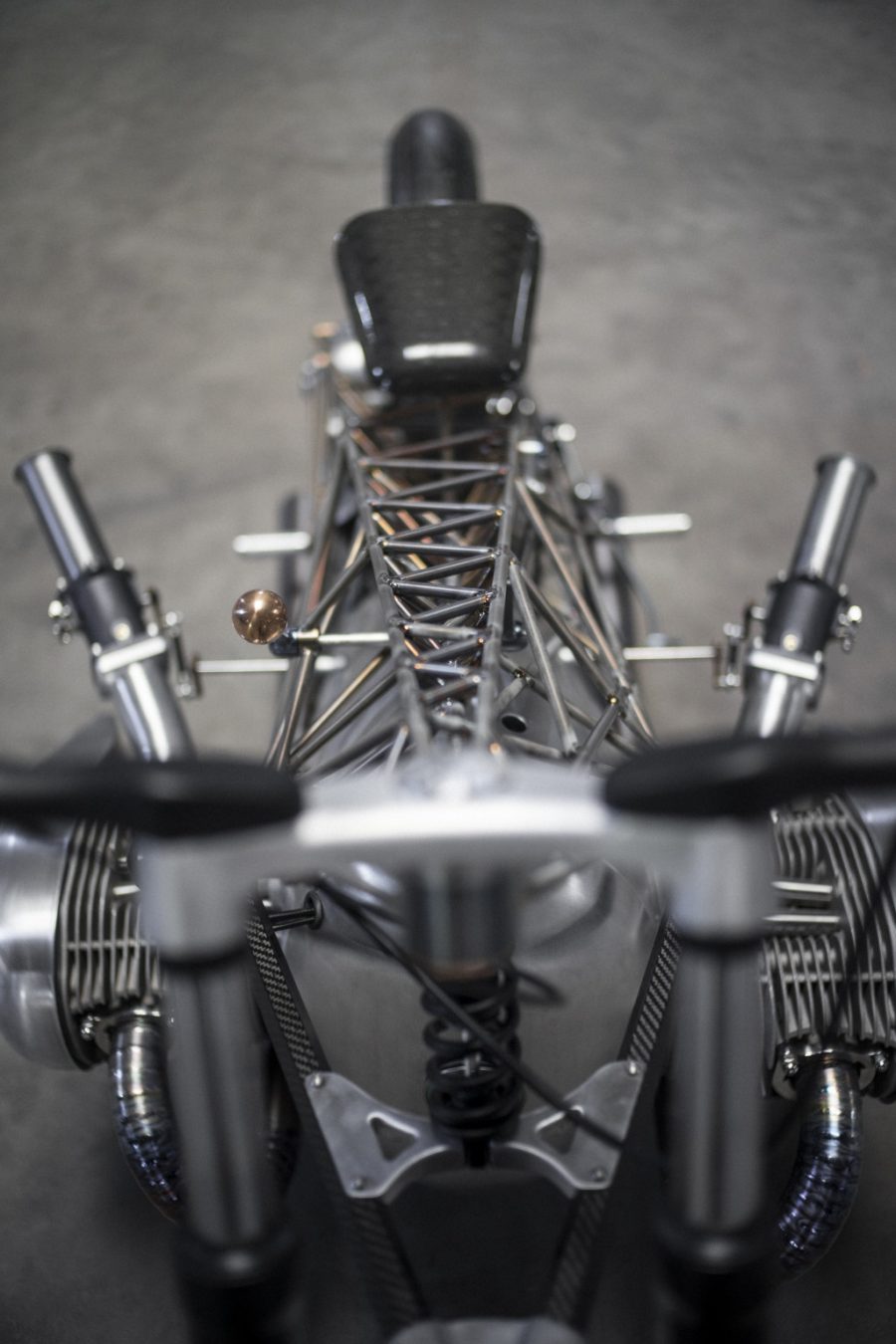 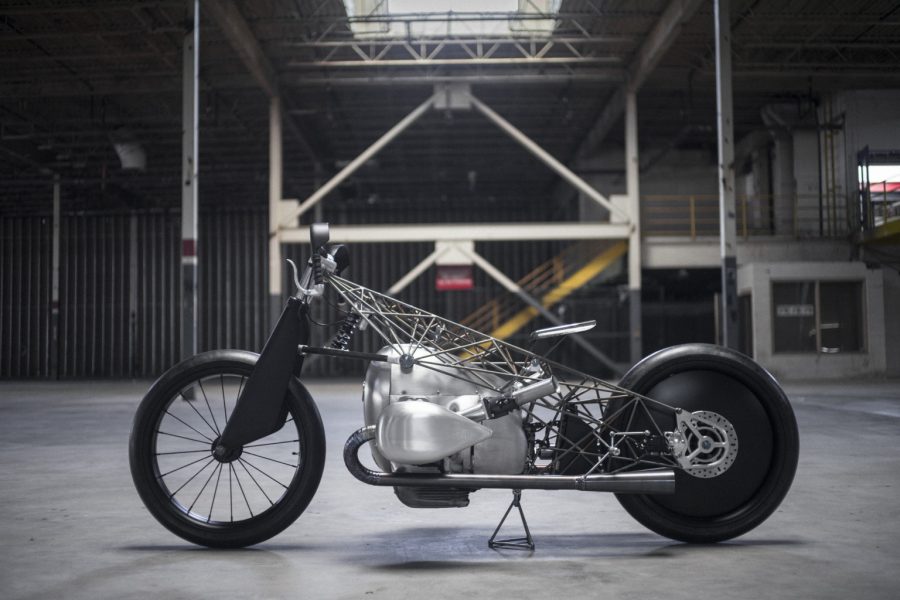 The fantastically striking BMW Motorrad Revival Birdcage Motorbike clearly came together exceptionally well in the end and they were understandably very pleased with the result as it accomplished the overriding objective of being a nearly transparent motorcycle. Both Revival Cycles and BMW Motorrad wanted to focus attention on the engine and that is precisely what they accomplished with this completely unique frame that they designed and delivered. You can easily view the engine and the drivetrain from all angles and this provides a visual element quite unlike any other bike out there. 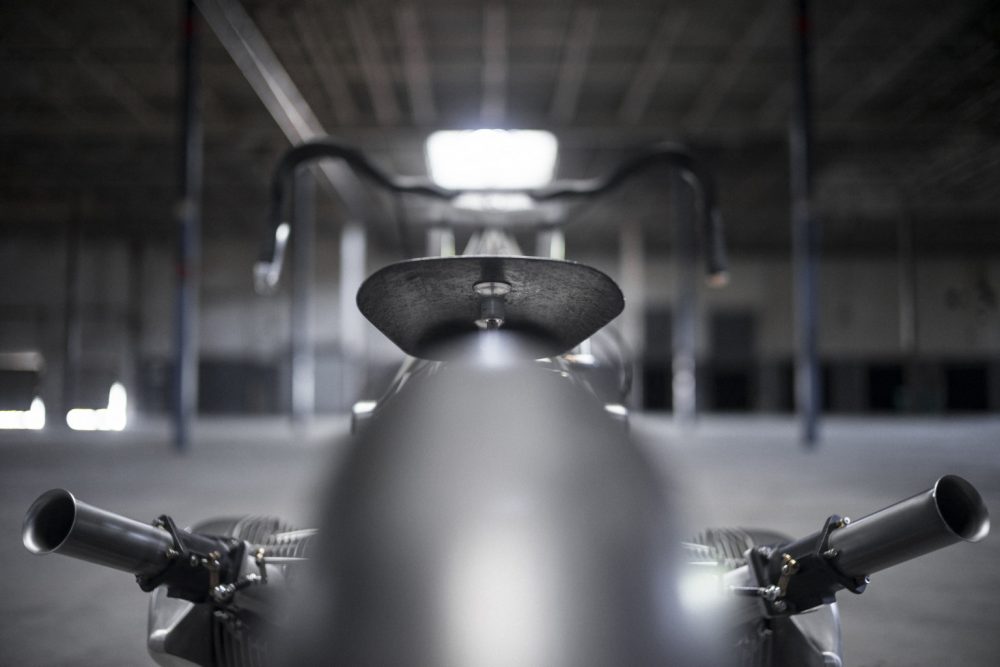 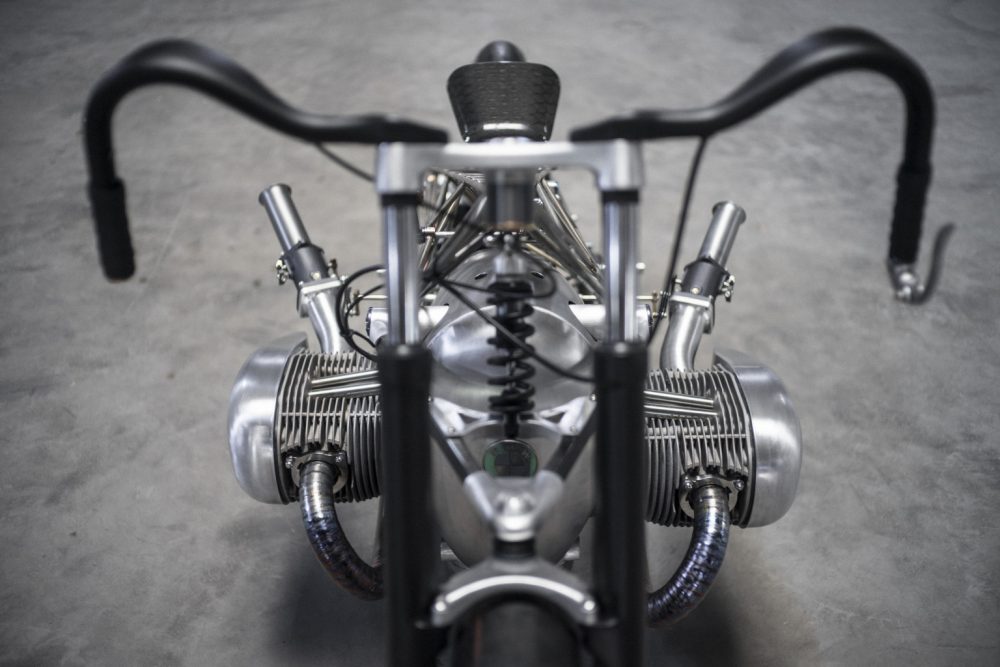 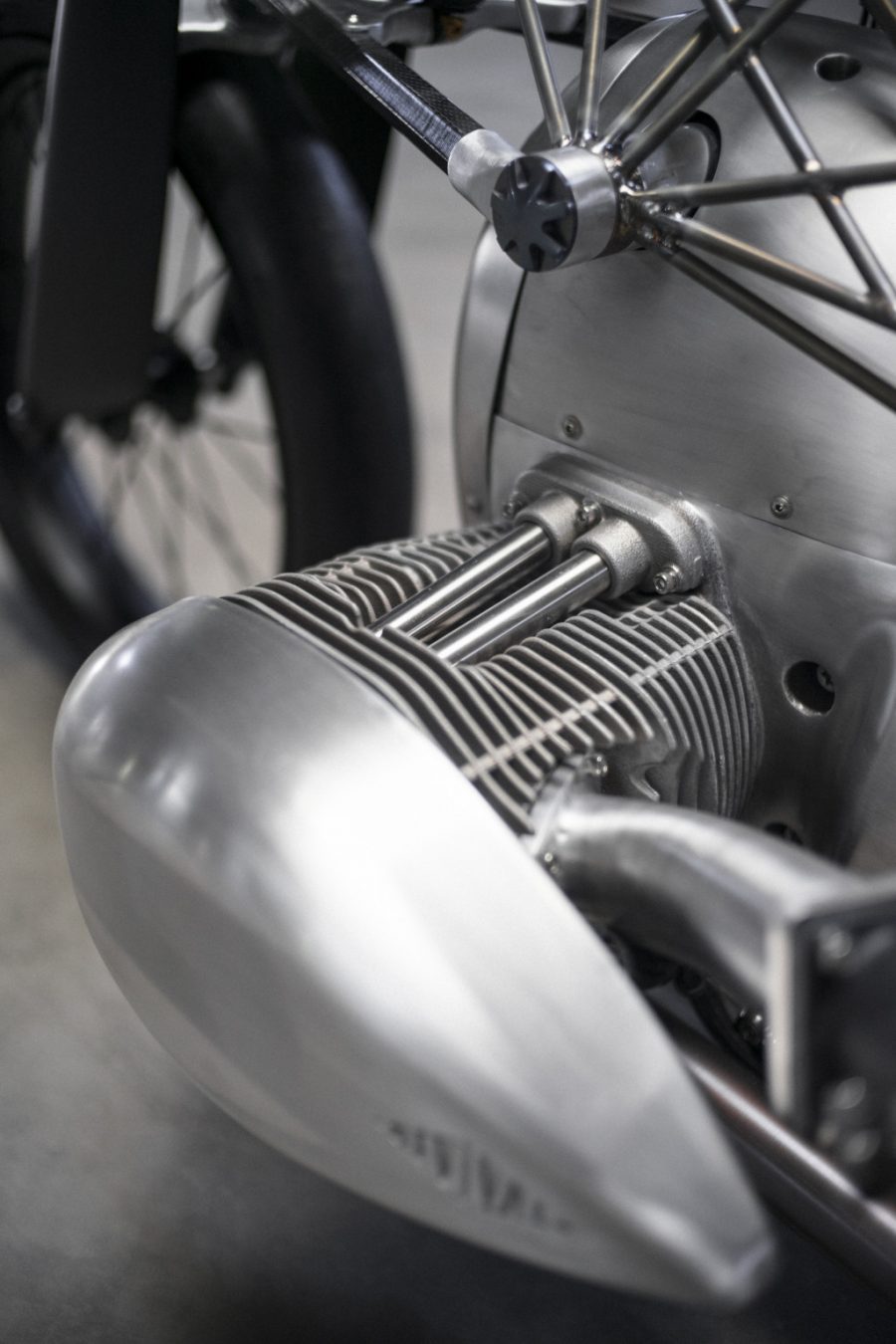 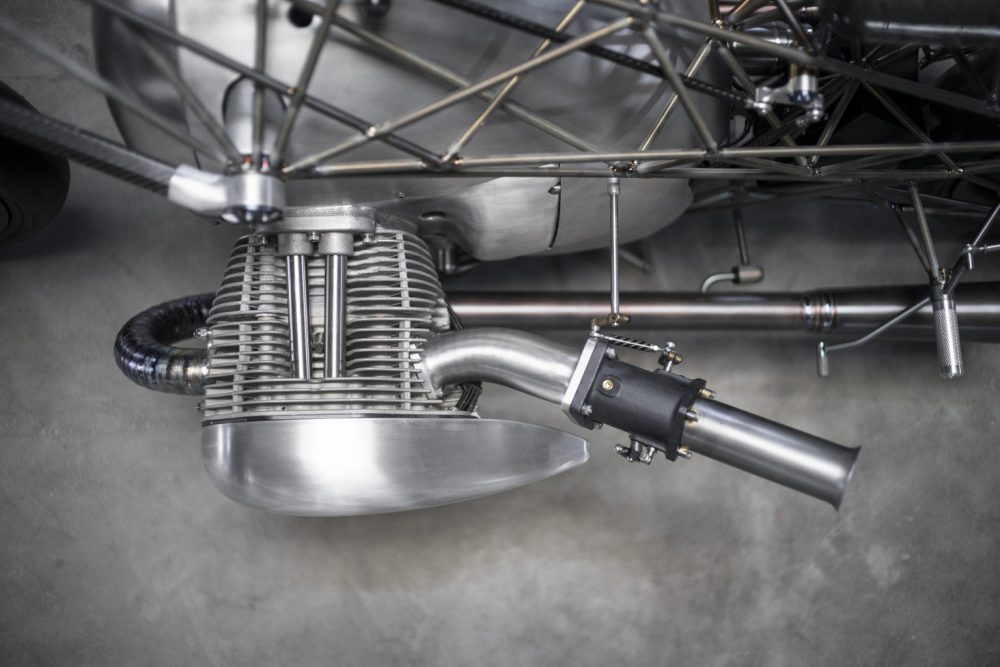 Almost every single other part on the BMW Motorrad Revival Birdcage Motorbike such as handlebars, footrests, shift lever, seat and unique carbon suspension components were all individually crafted and this provides a tangible sense of quality to proceedings that is impossible to ignore. They took their design inspiration from Ernst Hennes’ record-setting machines from the late 1920s and early 1930s and it took around six months to develop the motorcycle to the incredible ride you see before you.

As you would expect from any collaboration with BMW Motorrad, the Revival Cycles Birdcage Motorbike delivers an exceptional quality performance as a result of the first class prototype boxer engine that they were able to use as the driving force behind the overall design. Both the exterior geometry and the visible elements such as the push rods running in chrome-plated protection ducts are reminiscent of the BMW Motorrad boxer engines that were built in the 1960s but the cubic capacity is now much larger and modern air-oil cooling is used. 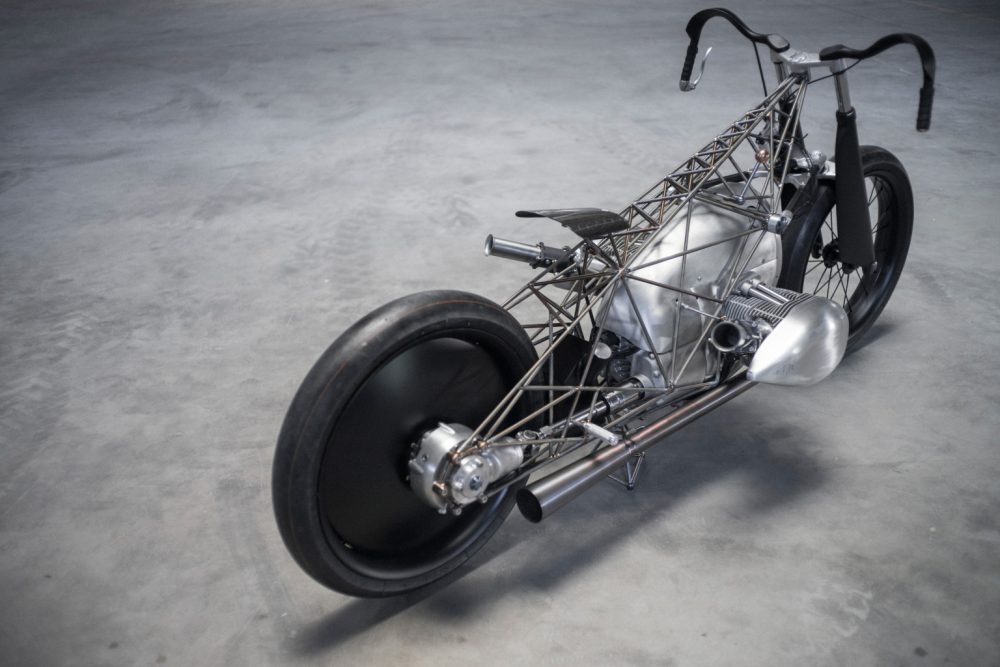 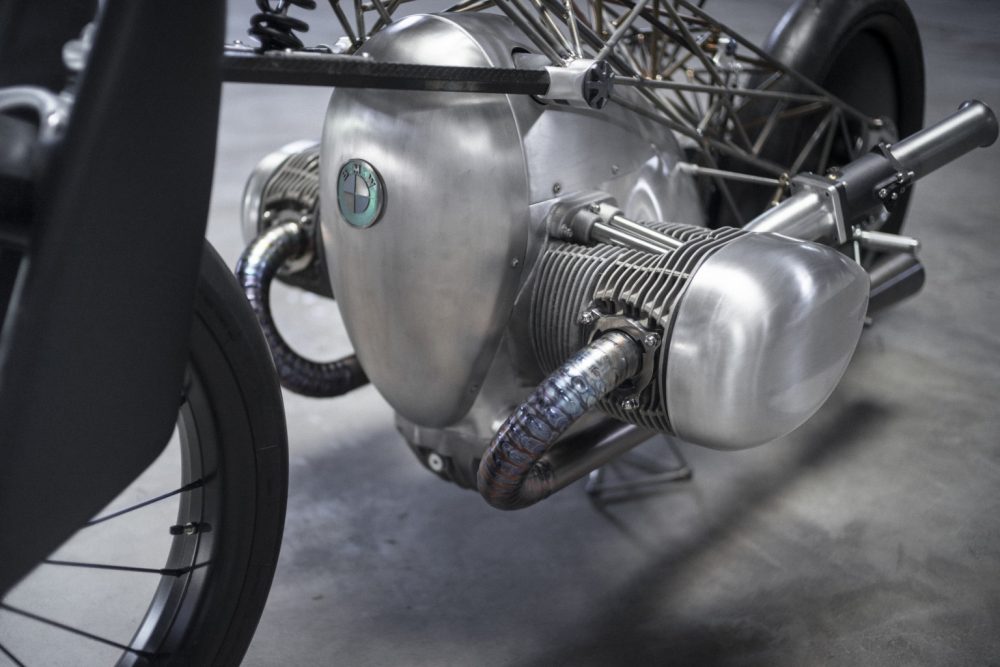 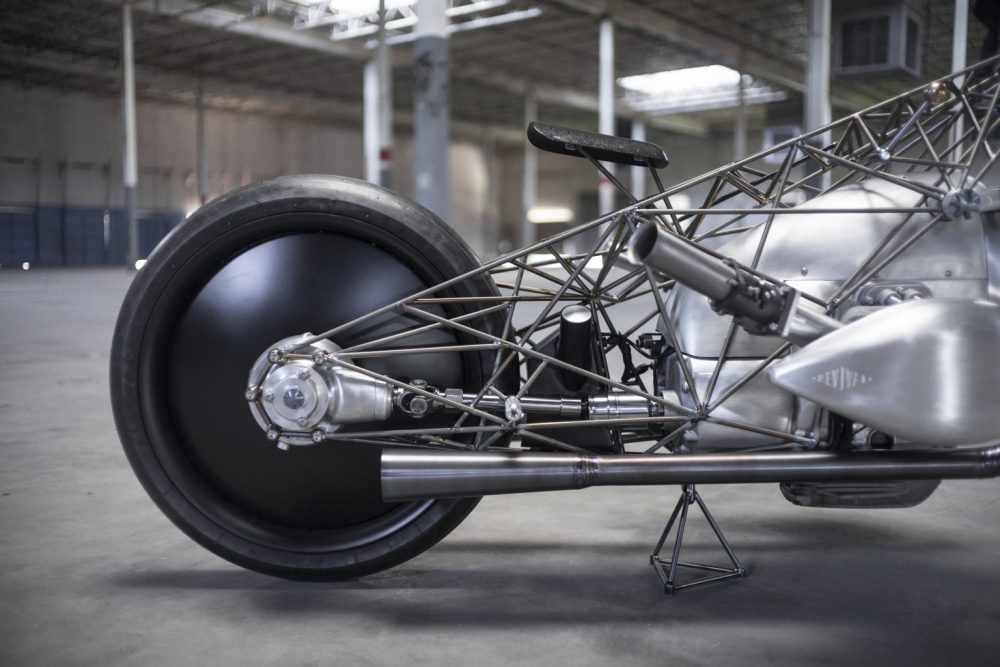 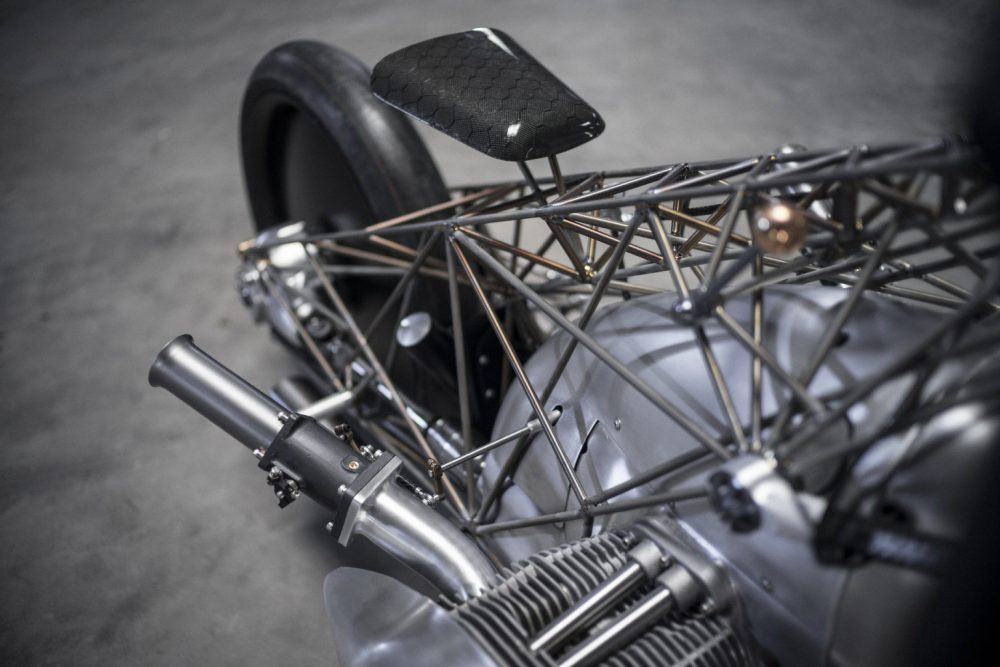 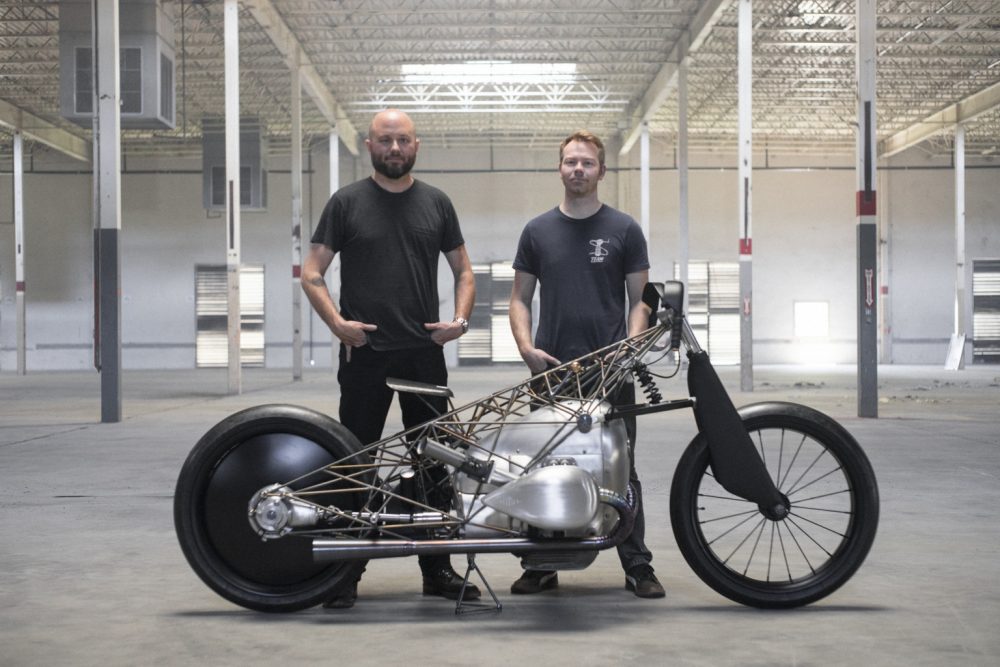 If you’re ever on the lookout for a motorcycle that pushes the envelope from a design and performance perspective, the collaboration projects from BMW Motorrad are always a good place to start and this stunning Revival Birdcage Motorbike is a prime example as to why they have garnered such a lofty reputation for excellence over the last few years. A majestic machine with an aesthetic quite unlike any other.