As we’re not motorbike riders here at Coolector HQ, we may not be ideally positioned to pass judgement on the BMW Motorrad Vision Next 100 Concept Motorcycle but from what we can tell, this amazing looking contraption could just revolutionise the roads should it come to fruition and become commercially available.

The BMW Motorrad Vision Next 100 Concept Motorcycle is, barring the fact it boasts two wheels and a vaguely recognisable shape, a complete departure from everything you’ve come to expect from a motorbike and, quite frankly, takes the machine to unprecedented and incredible places.

Long Time in the Making

Whilst it is unlikely that you will see a BMW Motorrad Vision Next 100 Concept Motorcycle in a showroom anytime in the foreseeable future, the technology used in its conception isn’t unviable and could, eventually, be made road-worthy. This superbly designed machine has one feature in particular that will make you double take – namely, the fact that it balances itself. 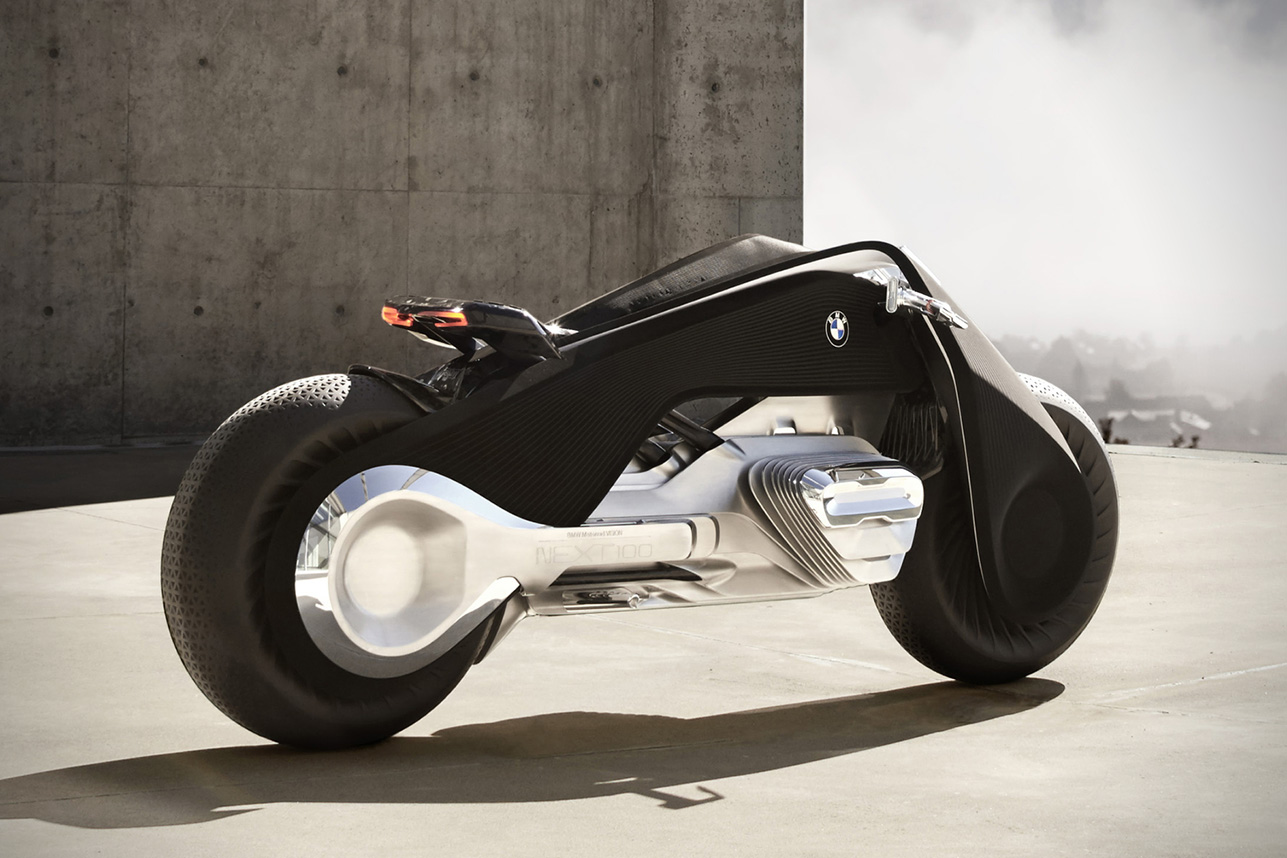 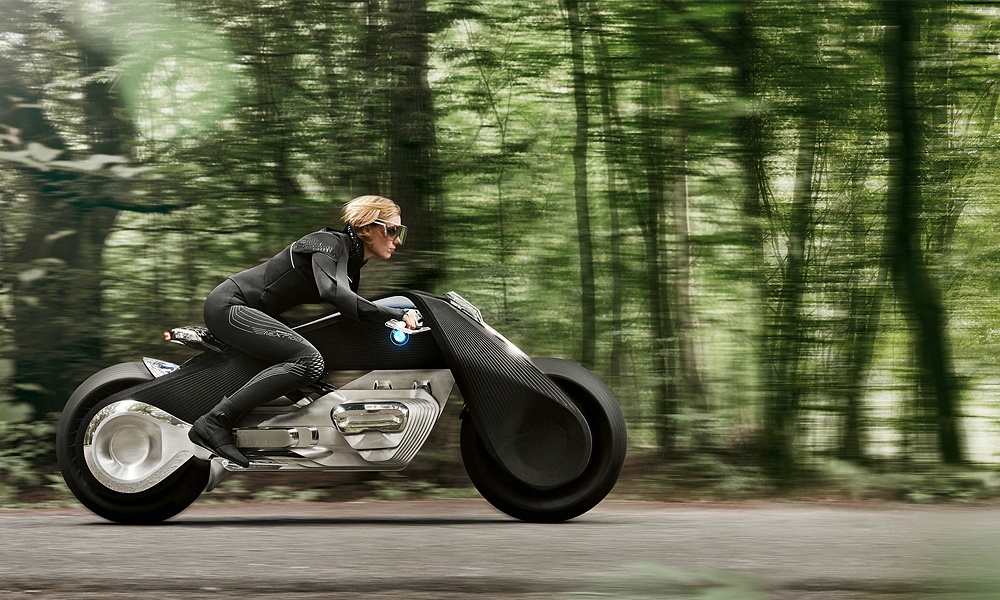 This incredible feat is achievable because the flexframe the bike is made from alters its shape when steering rather than having moving joints commonly seen in motorbikes today. It’s fueled by an emissionless drive “engine” that also changes its shape while you’re piloting the stunning contraption. Sounds like science fiction but the boffins at BMW are confident of being able to deliver in the future.

One of the main (purported) advantages of the BMW Motorrad Vision Next 100 Concept Motorcycle is its safety prowess. Its makers claim that it is so safe that you won’t need to wear any safety equipment whilst riding it and will just need to strap on the futuristic looking visor which, somewhat fantastically, is a HUD with all sorts of metrics like speed, distance and more. 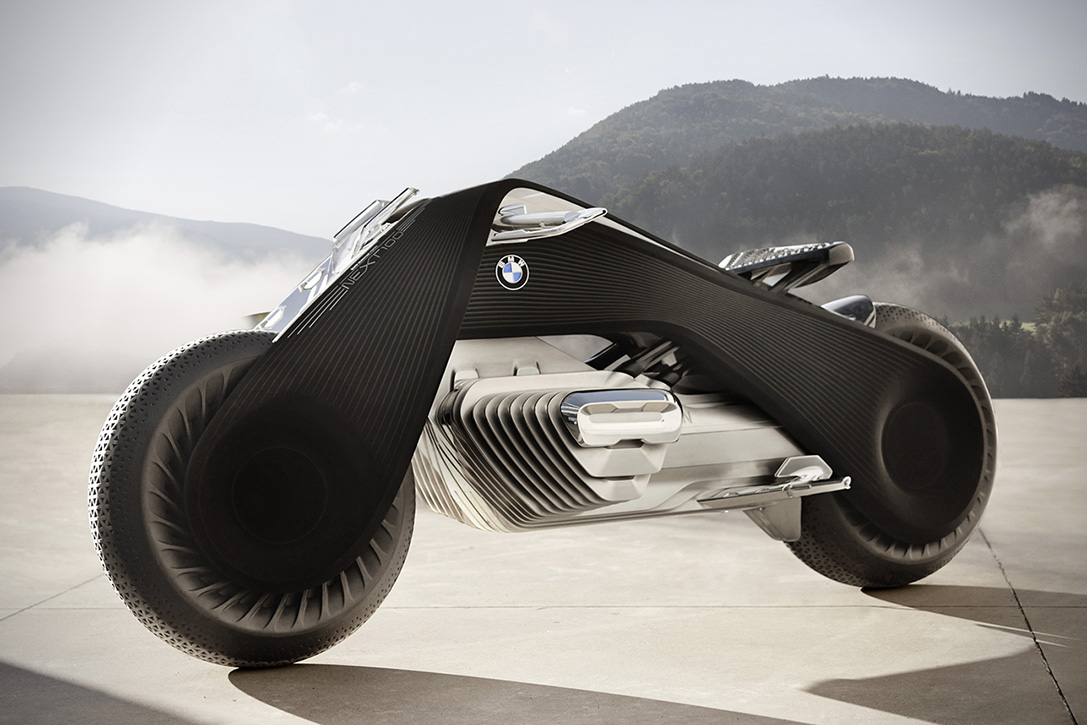 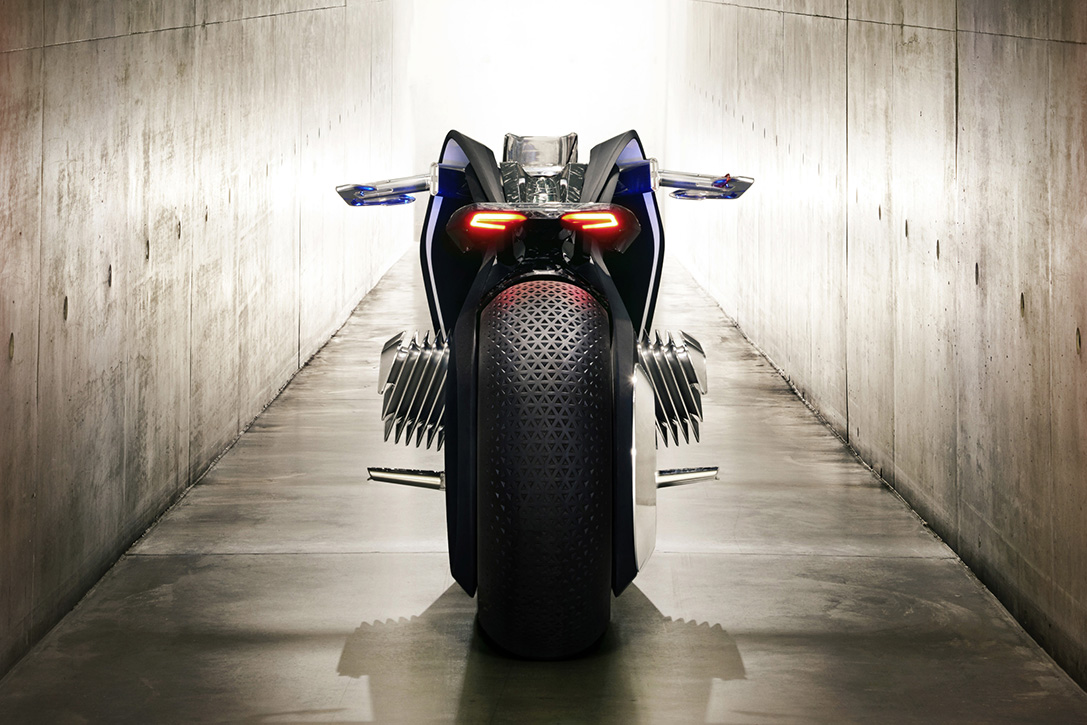 It’s difficult to visualise this in a real world setting such is its futuristic superiority but we’re informed that BMW are very much intending to turn the machine into a reality and for those of you who (almost certainly have deep pockets) want a contraption that wouldn’t look out of place in the latest sci-fi blockbuster then this is the one for you. You just might need to wait ten years.