When it comes to out of the ordinary motorbikes, there’s one workshop in particular that we’ll turn to here at The Coolector – namely, BMW Motorrad – and they’ve not disappointed again with their latest release, the Vision DC Roadster. This miraculous looking machine is billed as the electrical awakening of the boxer engine and will turn heads aplenty with its highly contemporary and striking design aesthetic. 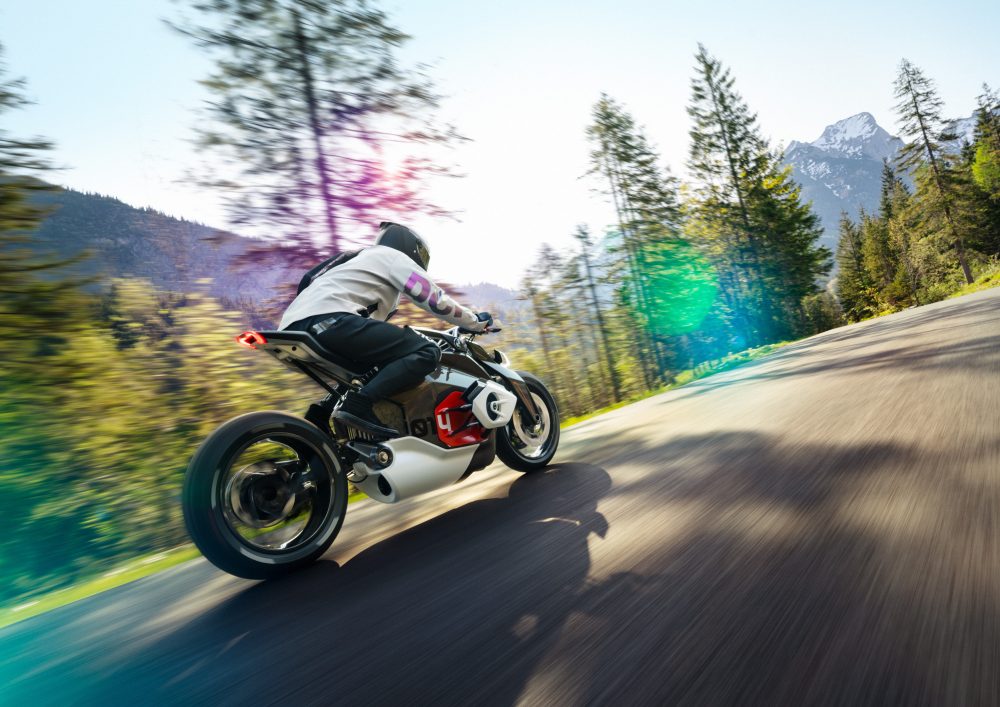 For more than 90 years, the 2-cylinder boxer engine has been a core component of the BMW Motorrad identity, in both technological and visual terms. But as the BMW Group consistently pursues electrification, the question arises as to what a BMW motorcycle might look like that is electrically powered and the answer is a mighty compelling one in the shape of the extraordinary BMW Motorrad Vision DC Roadster.

BMW Motorrad wanted to know what would happen if they were to replace the boxer engine with an electric motor and the required battery? The Vision DC Roadster Bike does a great job of showcasing that they’re able to keep the spirit and iconic appearance of BMW Motorrad in distinctive form while at also delivering an exciting new type of riding experience and adventure. One of the stand out features of this electric bike is how the high level of torque right at set-off makes for an out of this world acceleration. This almost brutal power delivery provide a whole new dynamic performance riding performance. 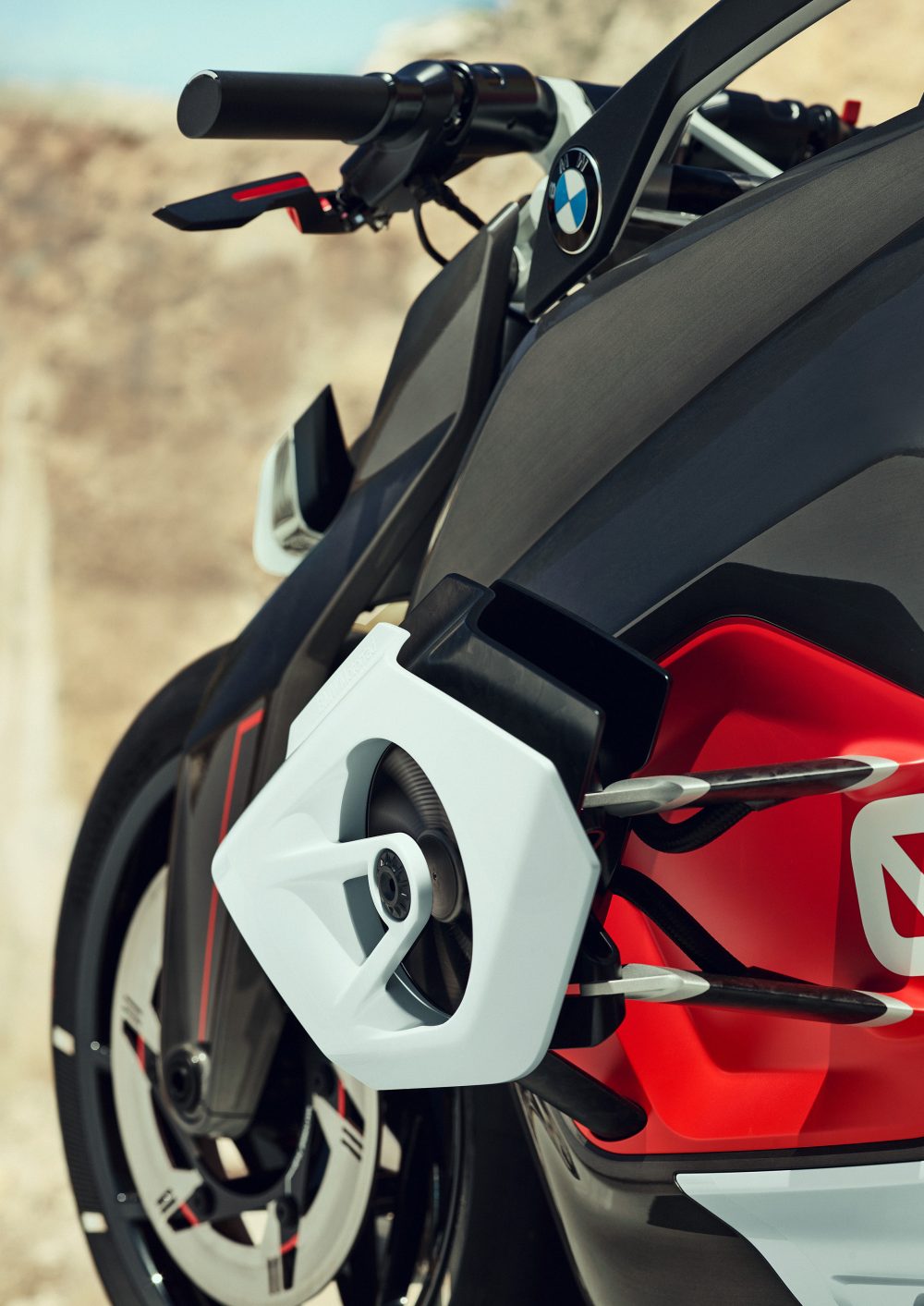 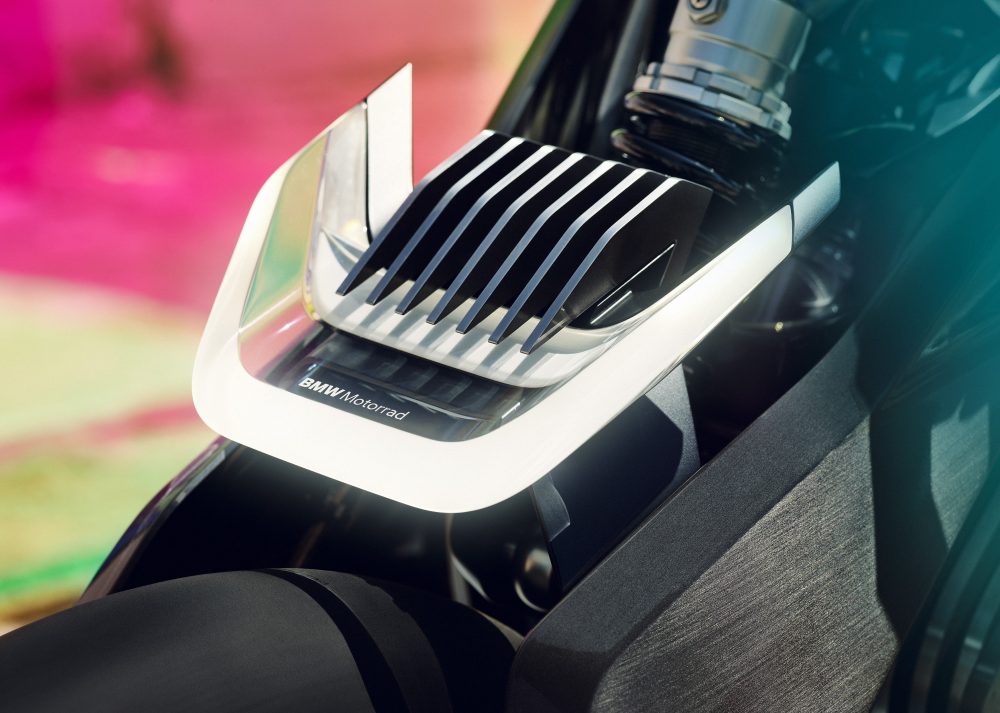 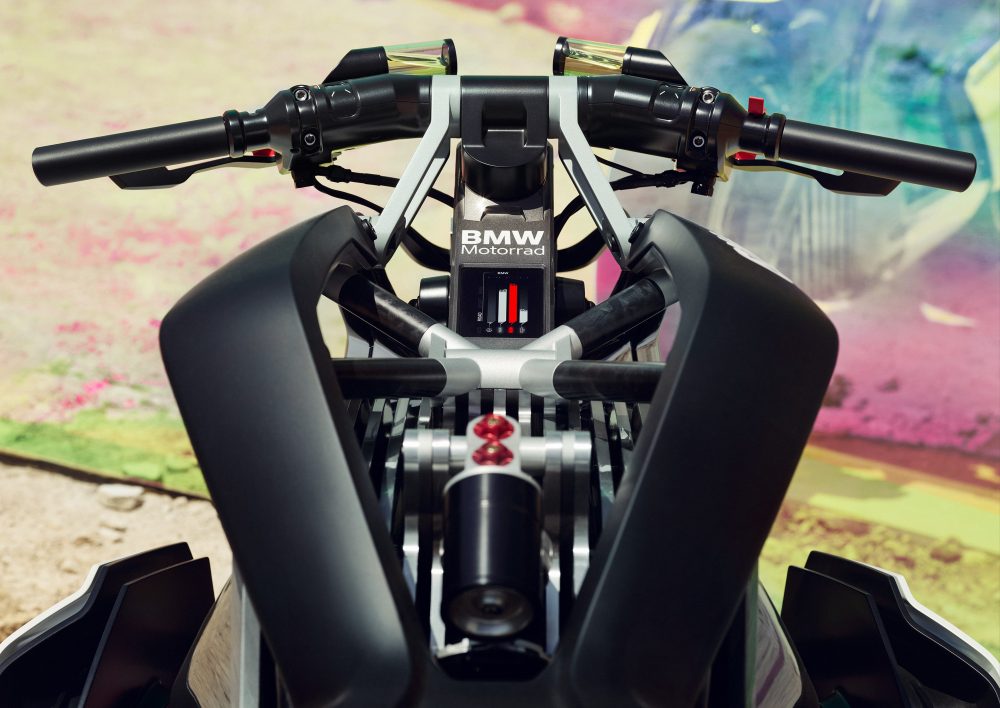 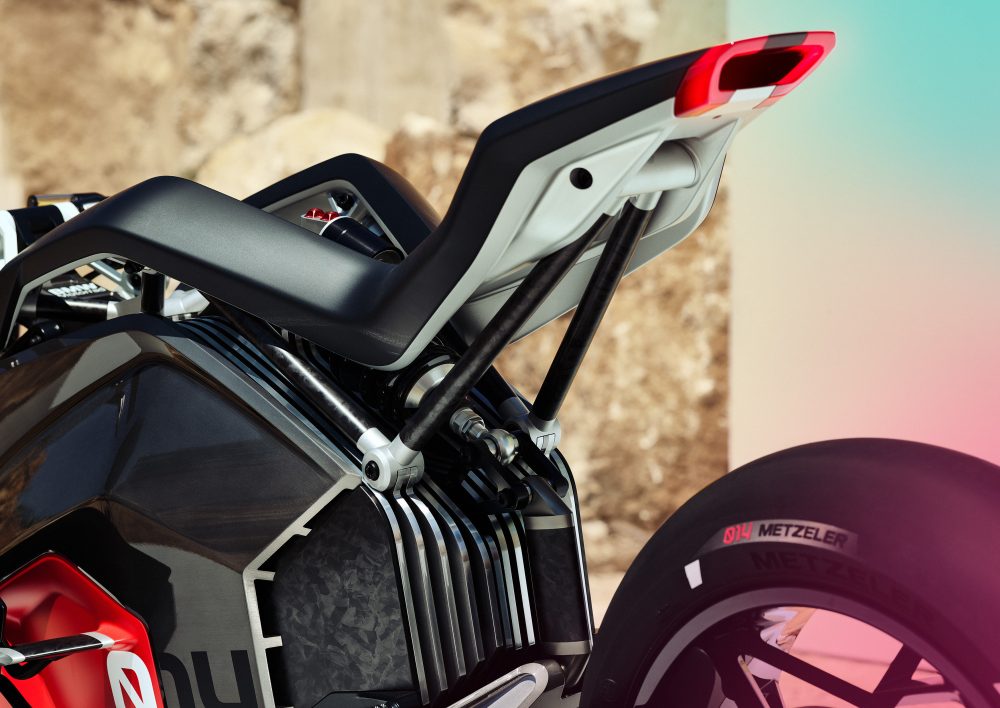 The BMW Motorrad Vision DC Roadster Bike really does impress on a visual level but it’s the performance that has to be most crucial for electric bikes. In a motorcycle, the motor is the centrepiece – it is the crucial component, responsible for the basis of the entire build. While in a conventional motorbike the size of the engine is mainly determined by its capacity, it is the battery that takes up most space in the case of an electrically powered vehicle. The electric motor itself is relatively small. Starting from this new knowledge, the BMW Motorrad Vision DC Roadster is able to make this transfer – whilst keeping the iconic appearance of a boxer while filling it with a new function. 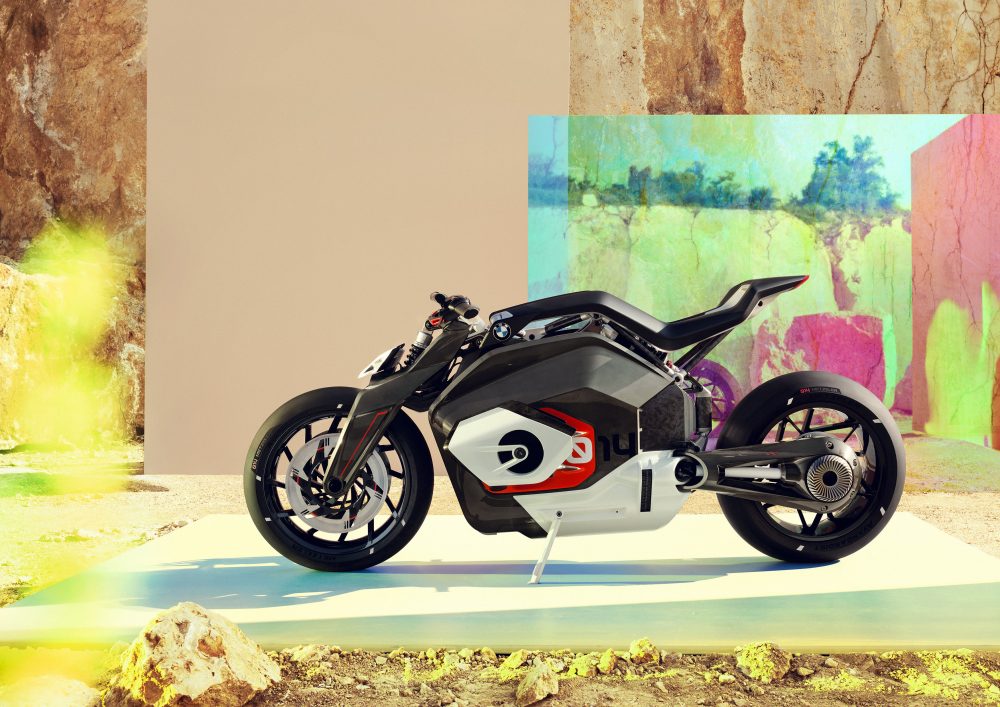 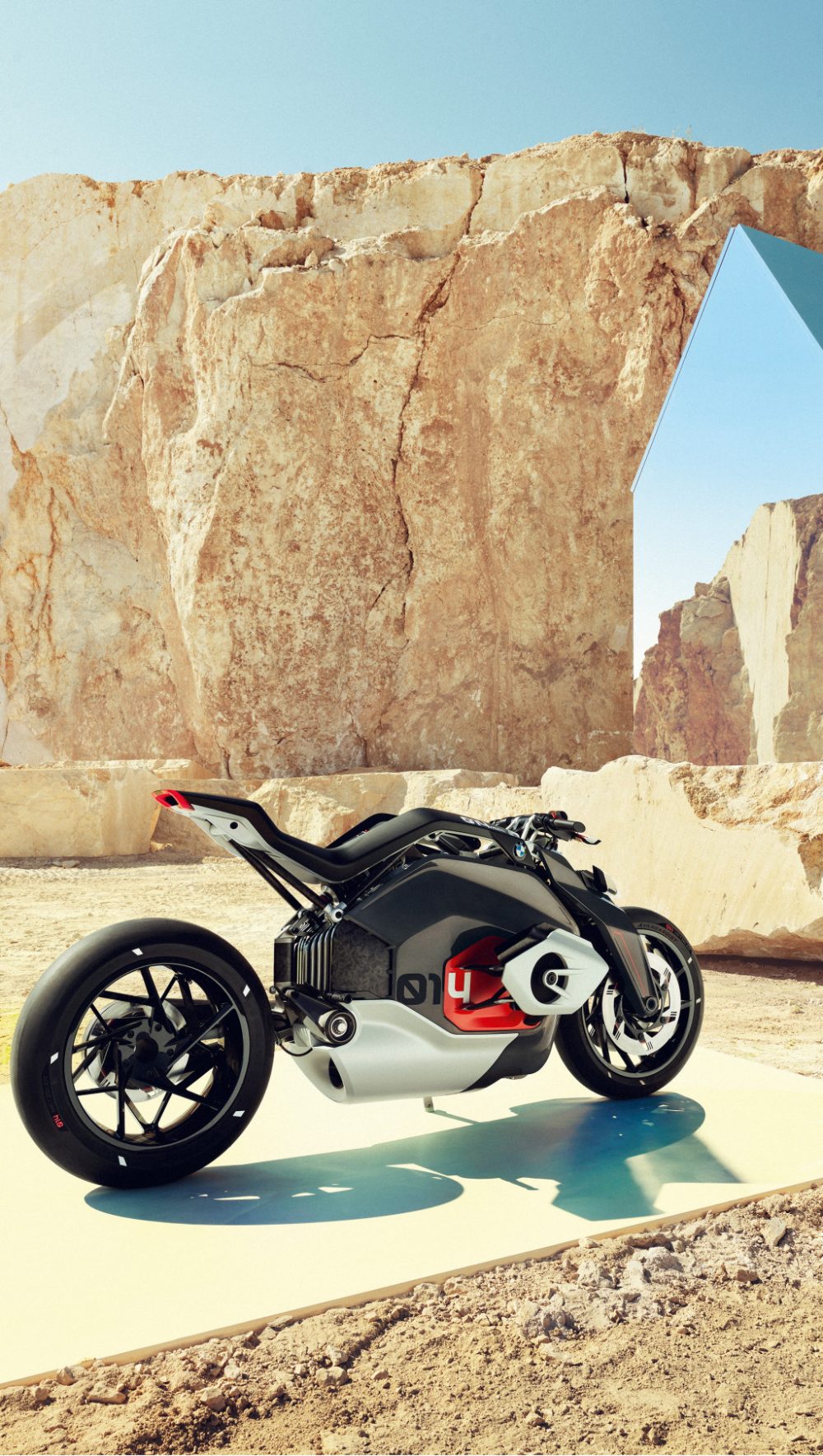 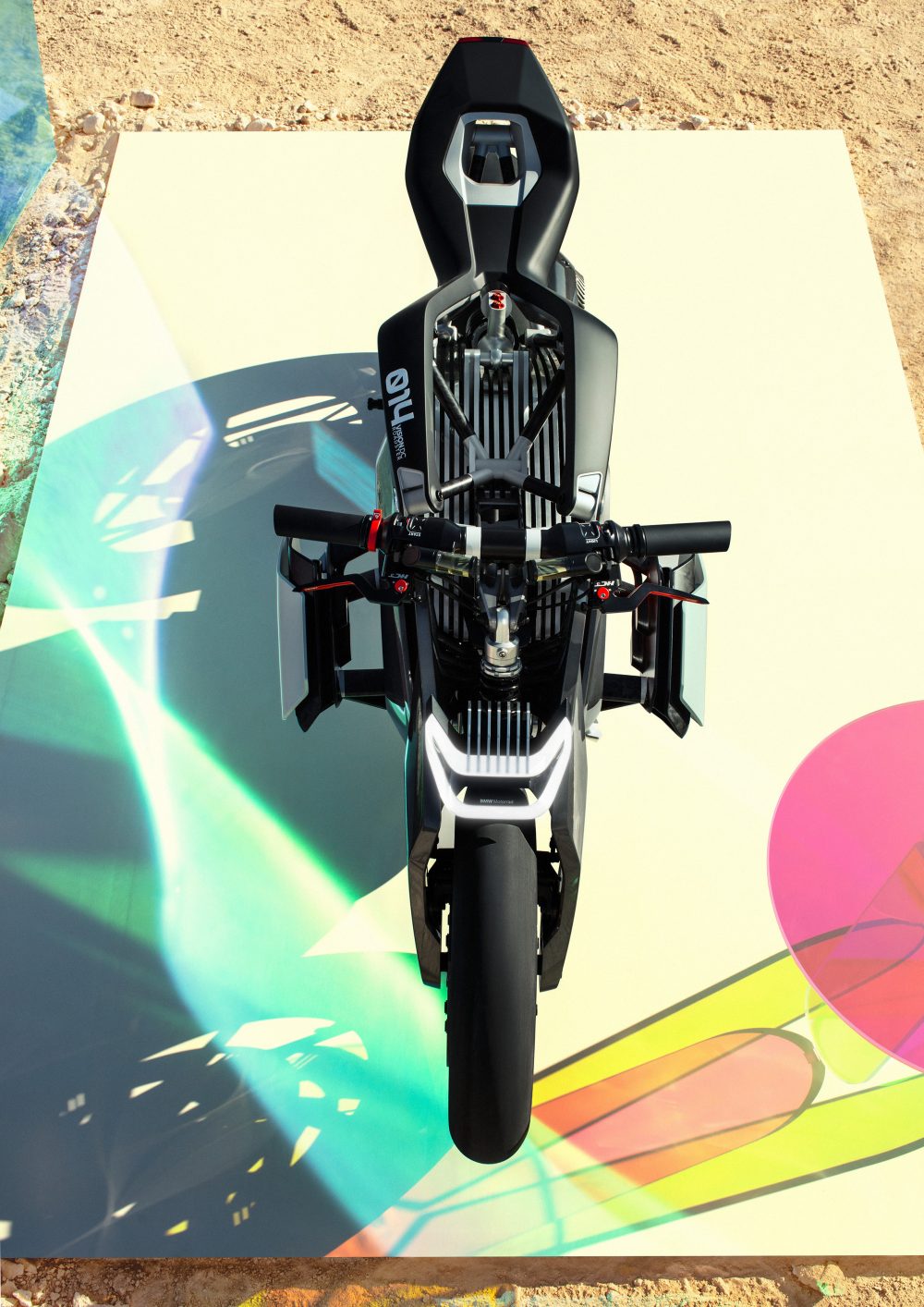 From a side on view, the BMW Motorrad Vision DC Roadster provides a highly dynamic gesture with clear front-wheel orientation. The low front section and the short, high rear deliver a sense of speed and nimbleness. In place of the fuel tank, there is a flat, finely-wrought tubular structure which spans the vehicle corpus. Its further shaping integrates the seat in a modern form, thereby creating the flyline of a sporty roadster. The frame structure is a key factor in defining the dynamic side view.

A key part of the BMW Motorrad Vision DC Roadster’s stunning overall appeal is the eye-catching finish and unparalleled attention to the little details. Within the mainly dark colour concept, it is the mechanical elements such as the exposed universal shaft and the Duolever fork that offer striking accentuations. In this case, the two classic BMW features are re-interpreted and elaborately shown off. In the same way, the suggested triangular frame echoes a typical feature of earlier BMW motorcycle models, even recapturing its white lines, which in this instance fluoresce in the dark. 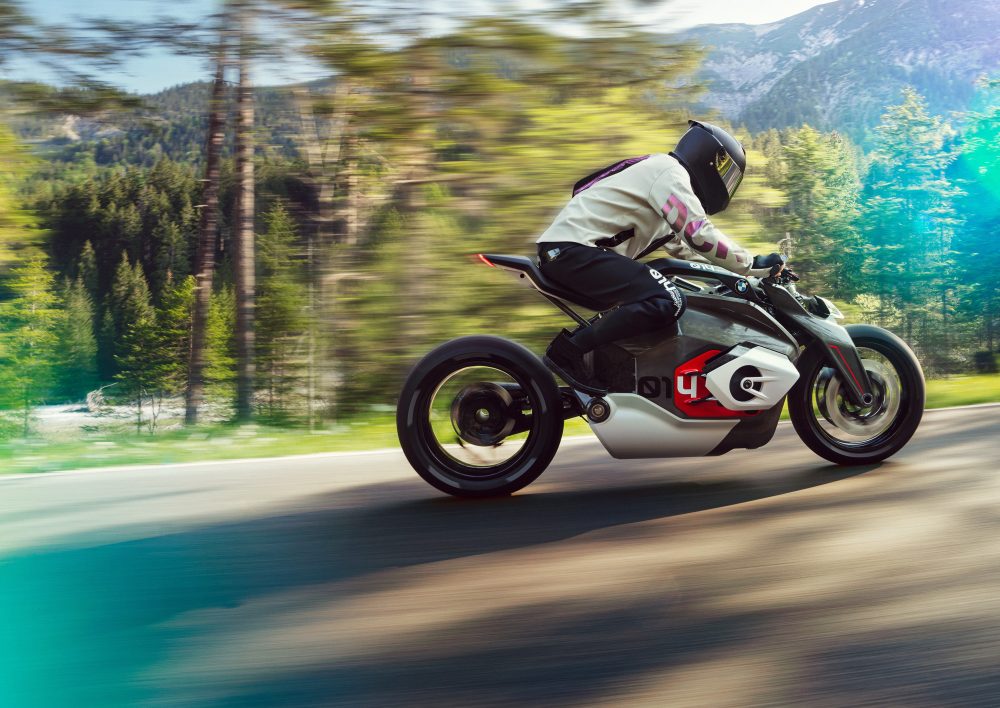 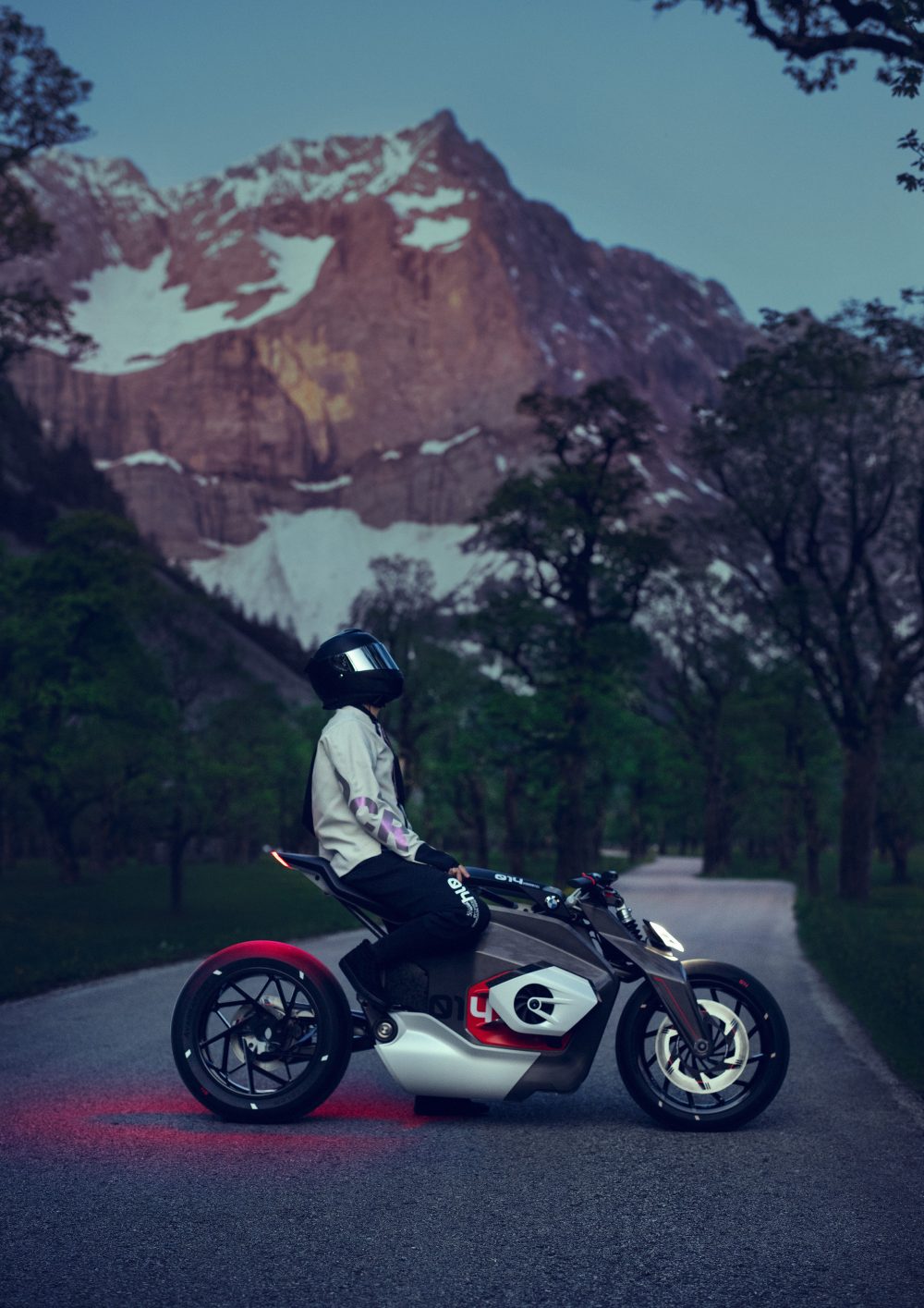 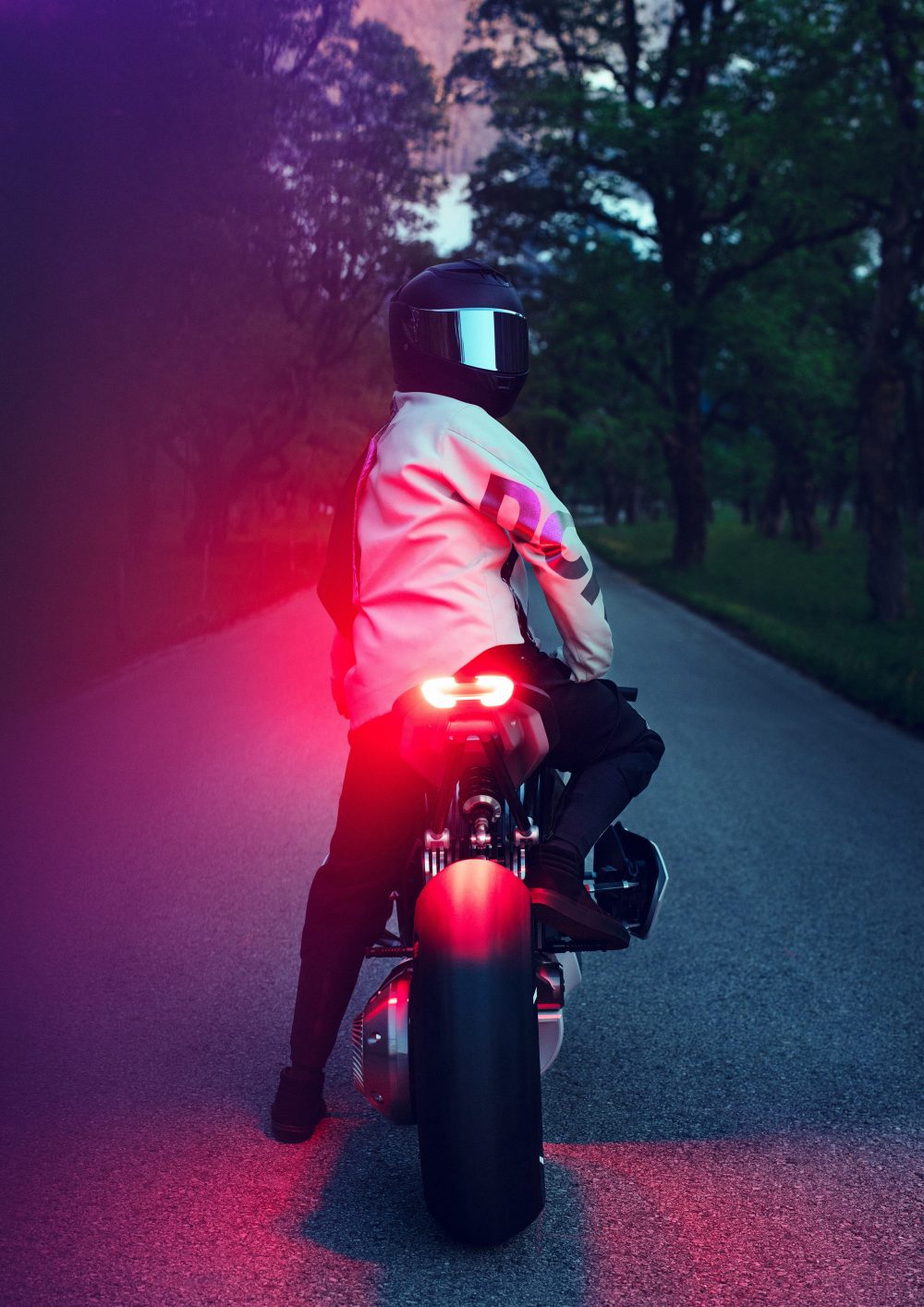 We love all the vehicles to emerge from the BMW Motorrad stable here at Coolector HQ but the stunning Vision DC Roadster Bike might just be one of our favourites to date. Boasting a breathtaking design and performance, the guys at BMW Motorrad are doing their utmost to make the dawn of electric bikes come around as quickly as possible by offering machines as majestic as this one.