We love off-road vehicles here at Coolector HQ and, it’s fair to say, the Land Rover Defender is one of the finest proponents of this sort of machine and we’re always on the lookout for workshops carrying out top class restorations of these majestic machines. Well, we’ve found one of the best to date with this rather extraordinary looking Brooklyn Coachworks Land Rover Series One 107 UTE which has been made in collaboration with Timm Cooper who is one of the most celebrated Land Rover builders out there. 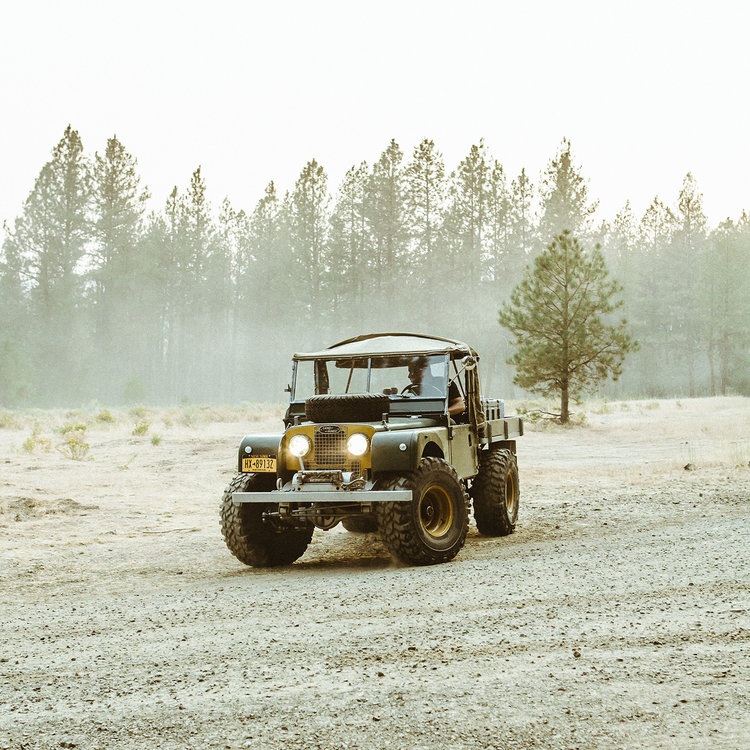 The Brooklyn Coachworks Land Rover Series One 107 UTE is a stunning steed to say the least and the fact that it has been guided by Timm Cooper really does add to its overall appeal considerably. His builds are legendary and typically come with a ownership badge of honour as there are only a handful of examples out there. Cooper is what Carroll Shelby is to Ford. This particular truck was crafted in California but spent most of its time on a farm in Hawaii, then back to the Seattle with Timm and, until now, has resided in New York. And now it could be yours courtesy of Brooklyn Coachworks.

The frame of the Brooklyn Coachworks Land Rover Series One 107 UTE sits on leaf springs that are over Rovertracks converted Range Rover Classic 30 spline axles with Toyota differentials for extra heavy duty support. It boasts non-assisted disc brakes on all wheels for the ultimate in control and performance. All this with a Chevy 327 matted to a NP435 4 speed transmission to pull this beast pretty much anywhere you can think of. The truck also featured on the cover of Alloy+Grit Magazine in which three friends drove it cross country from Seattle to New York so you know that it’s got a good track record in covering all sorts of terrains. 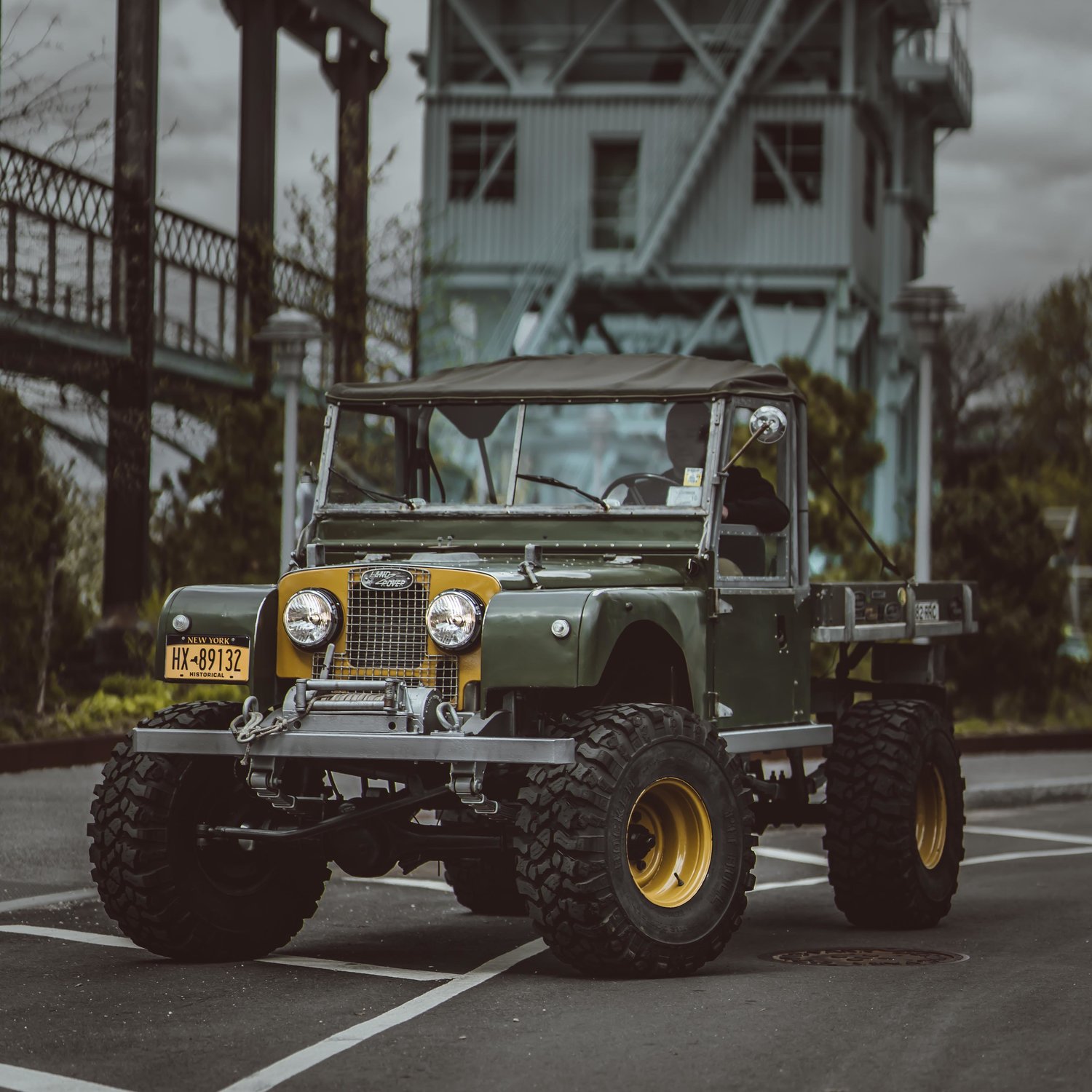 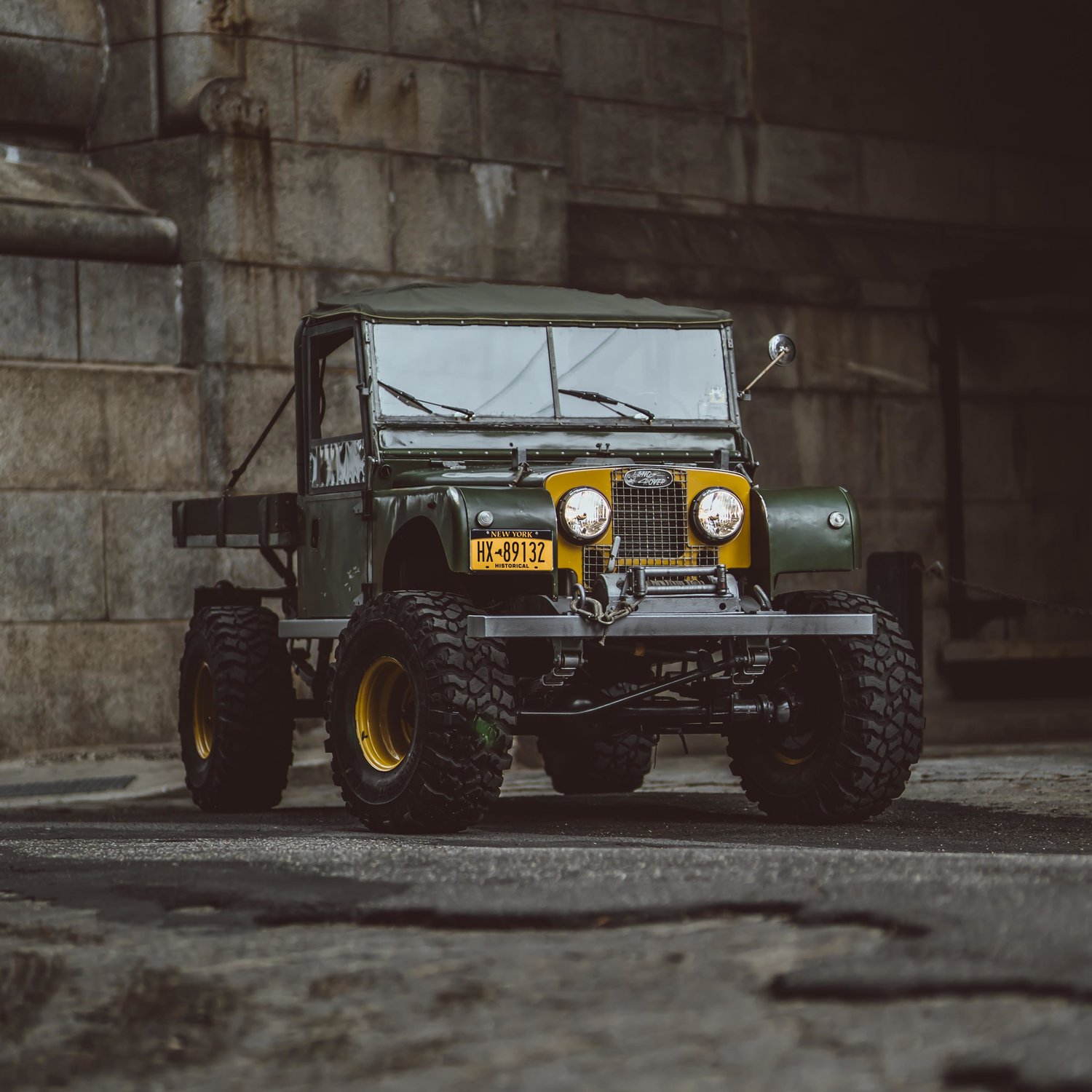 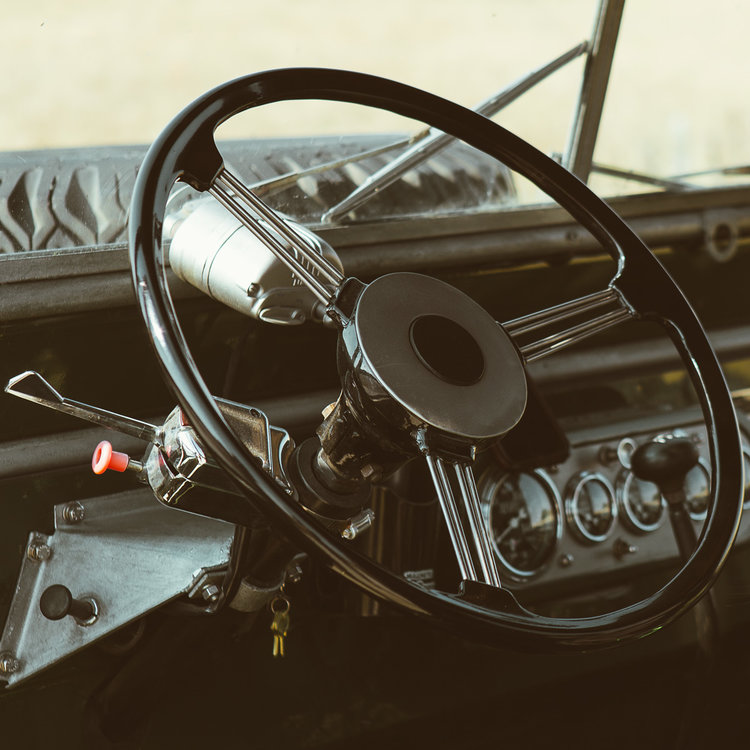 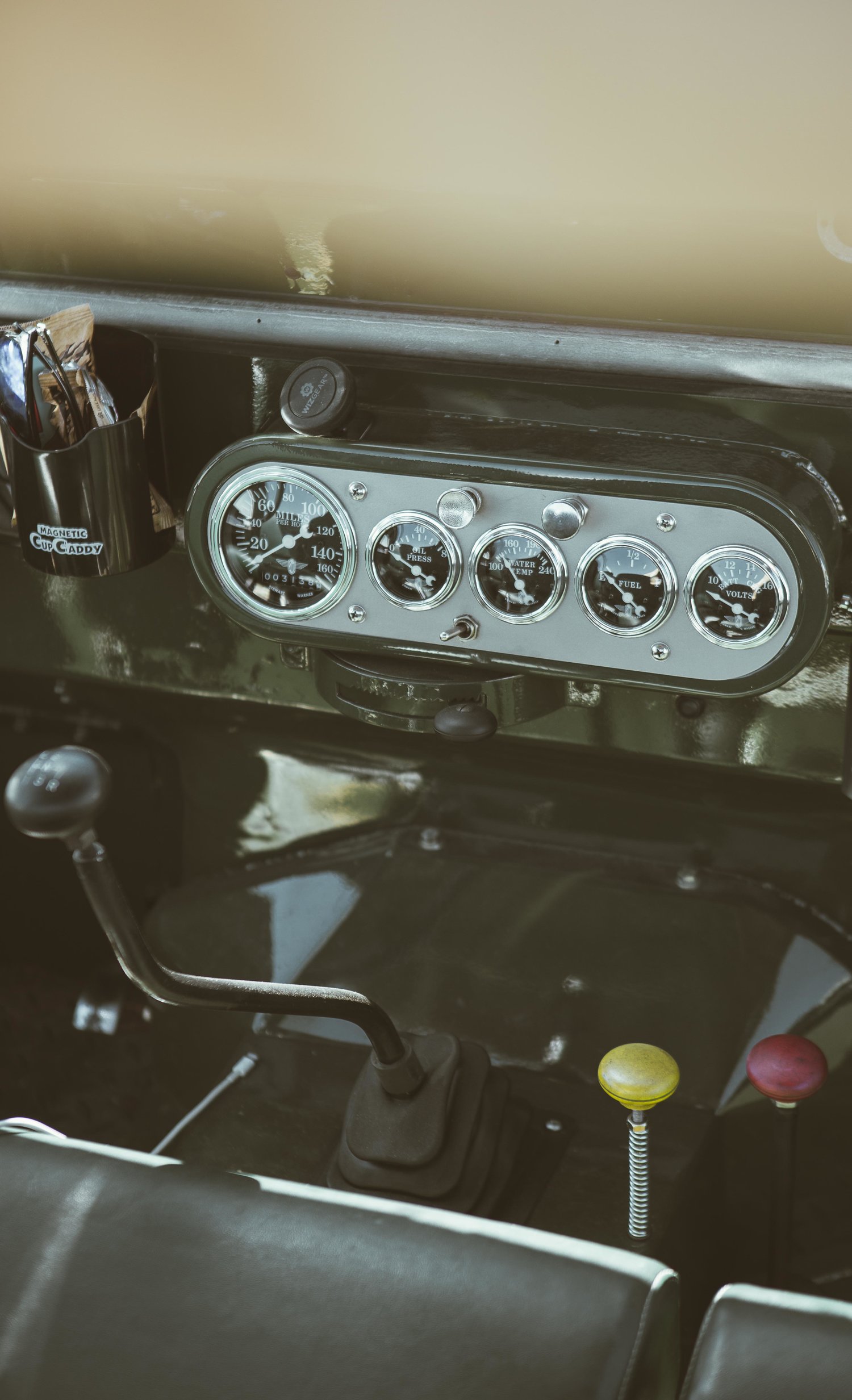 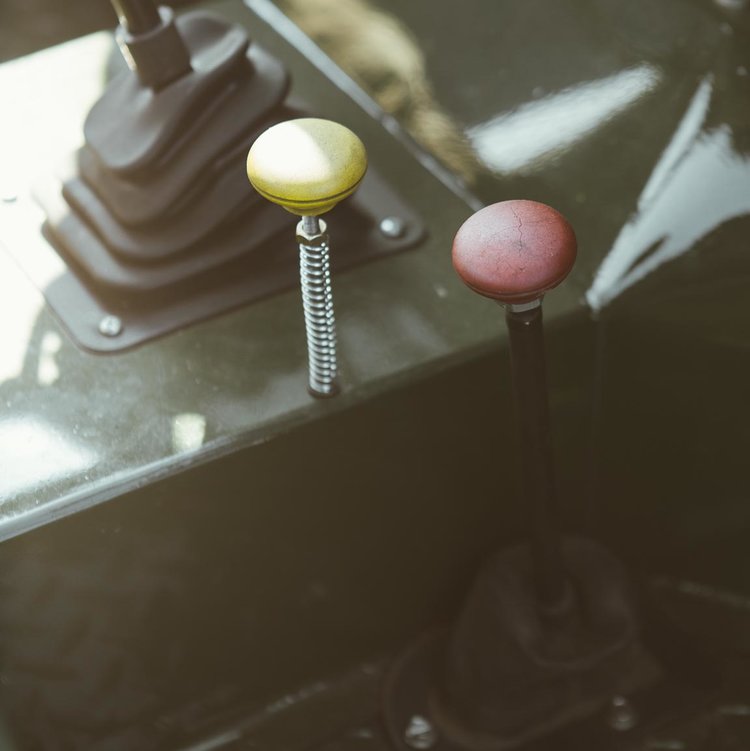 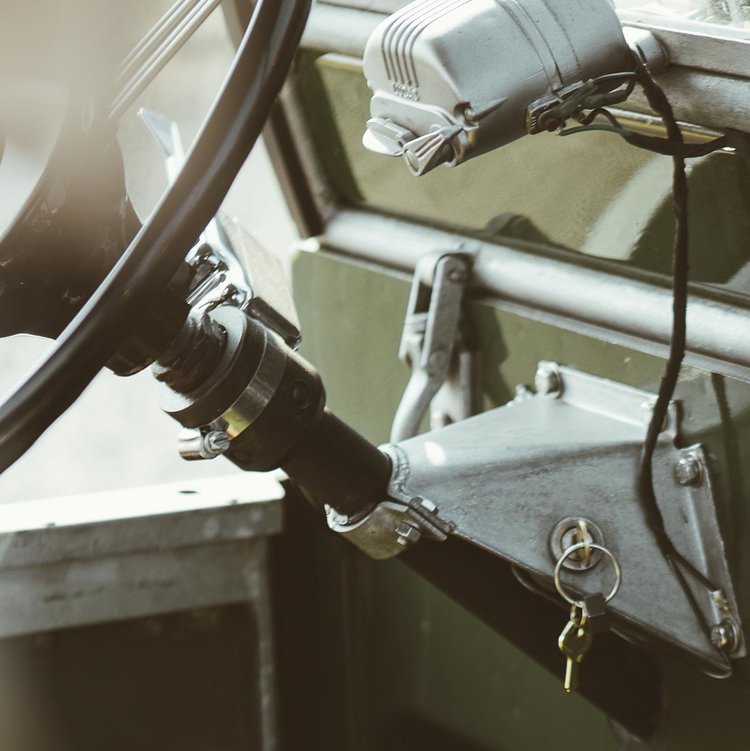 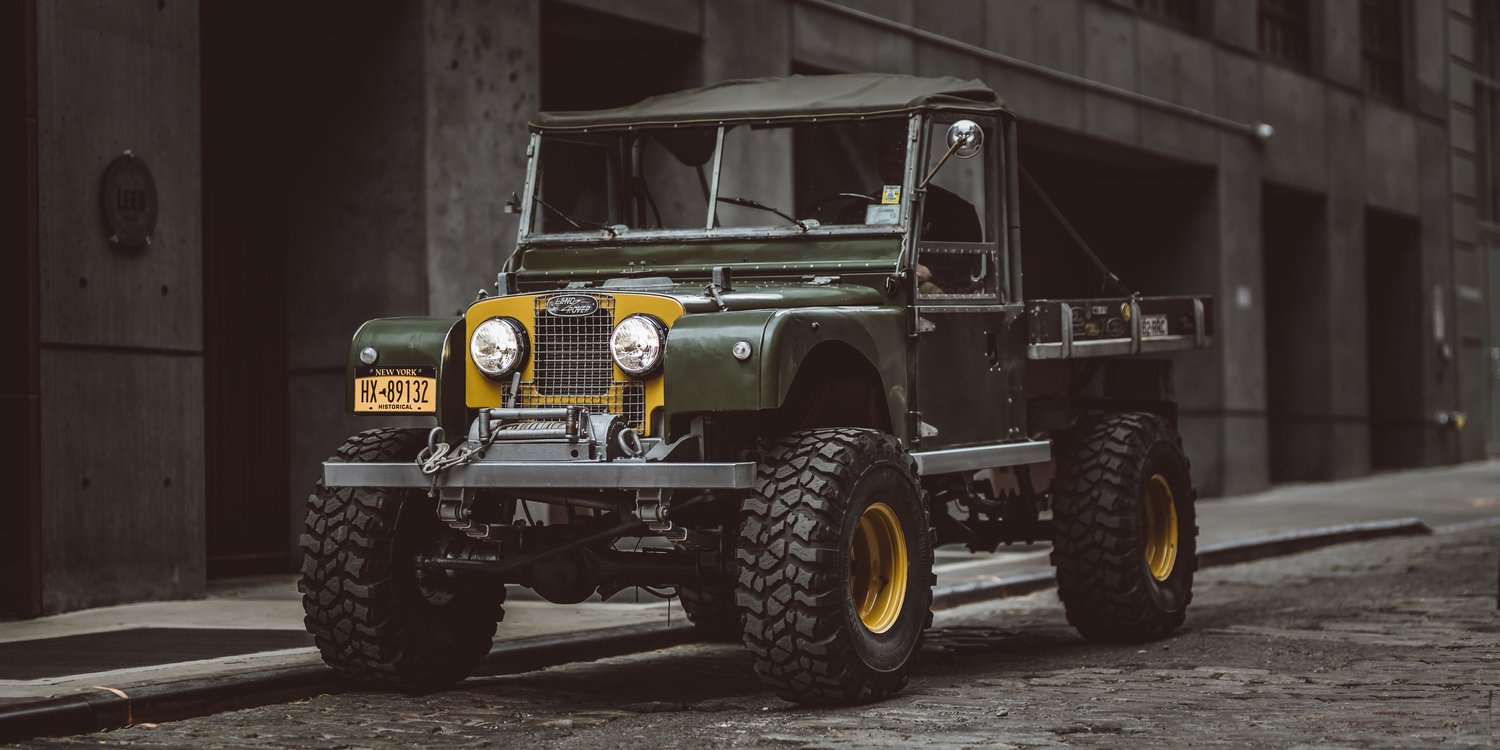 The Brooklyn Coachworks Land Rover Series One 107 UTE is a truly exemplary looking machine which Timm Cooper built the Series 1 Tray Back on a 107” wheelbase chassis. The original 2.0l Land Rover engine that produced a little over 50 horsepower has been replaced with a crate Chevy 327 V8 with a Holly Sniper EFI system which is capable of producing a much more impressive 350 horsepower which is around seven times more powerful than the original Land Rover 2.0l. 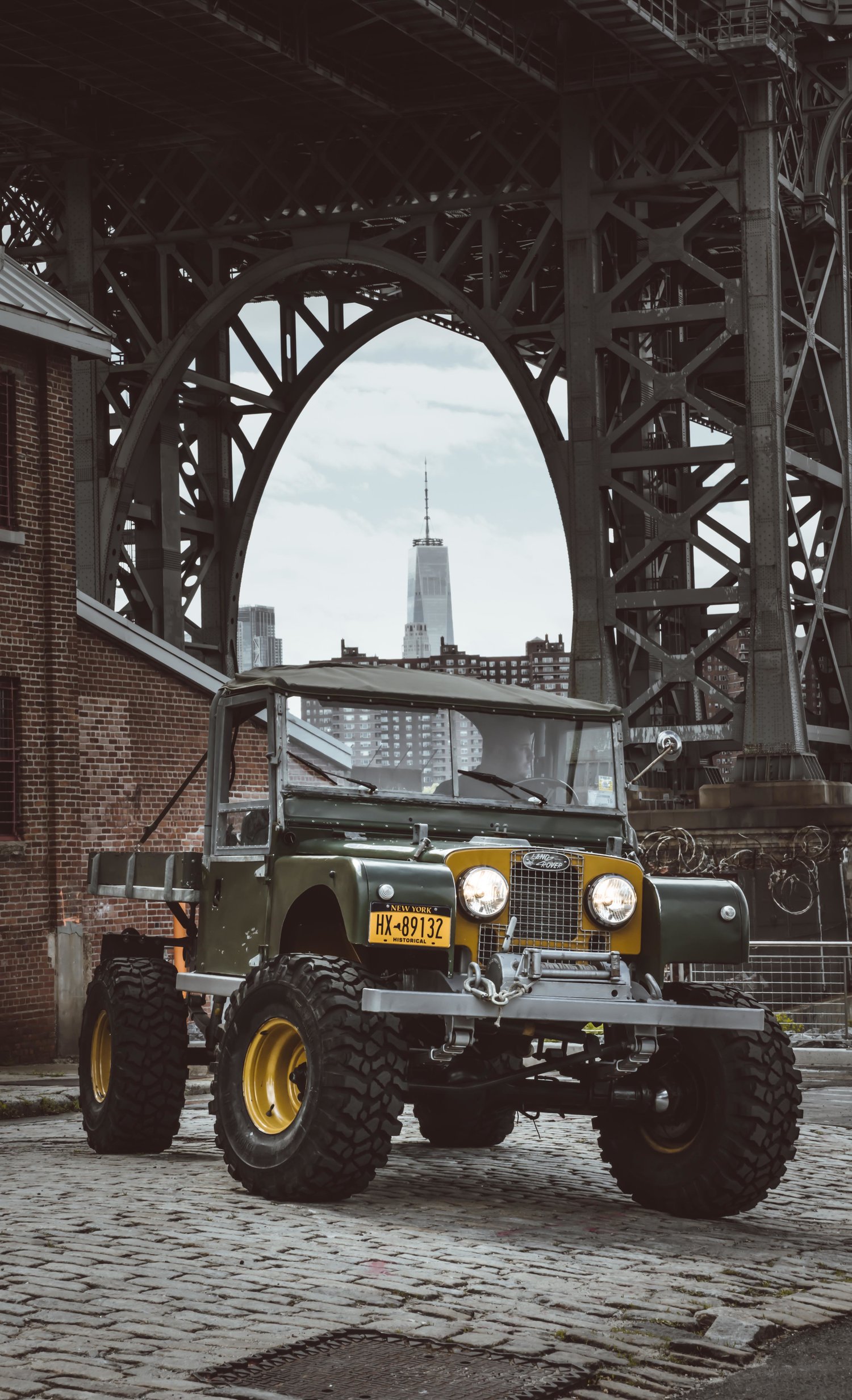 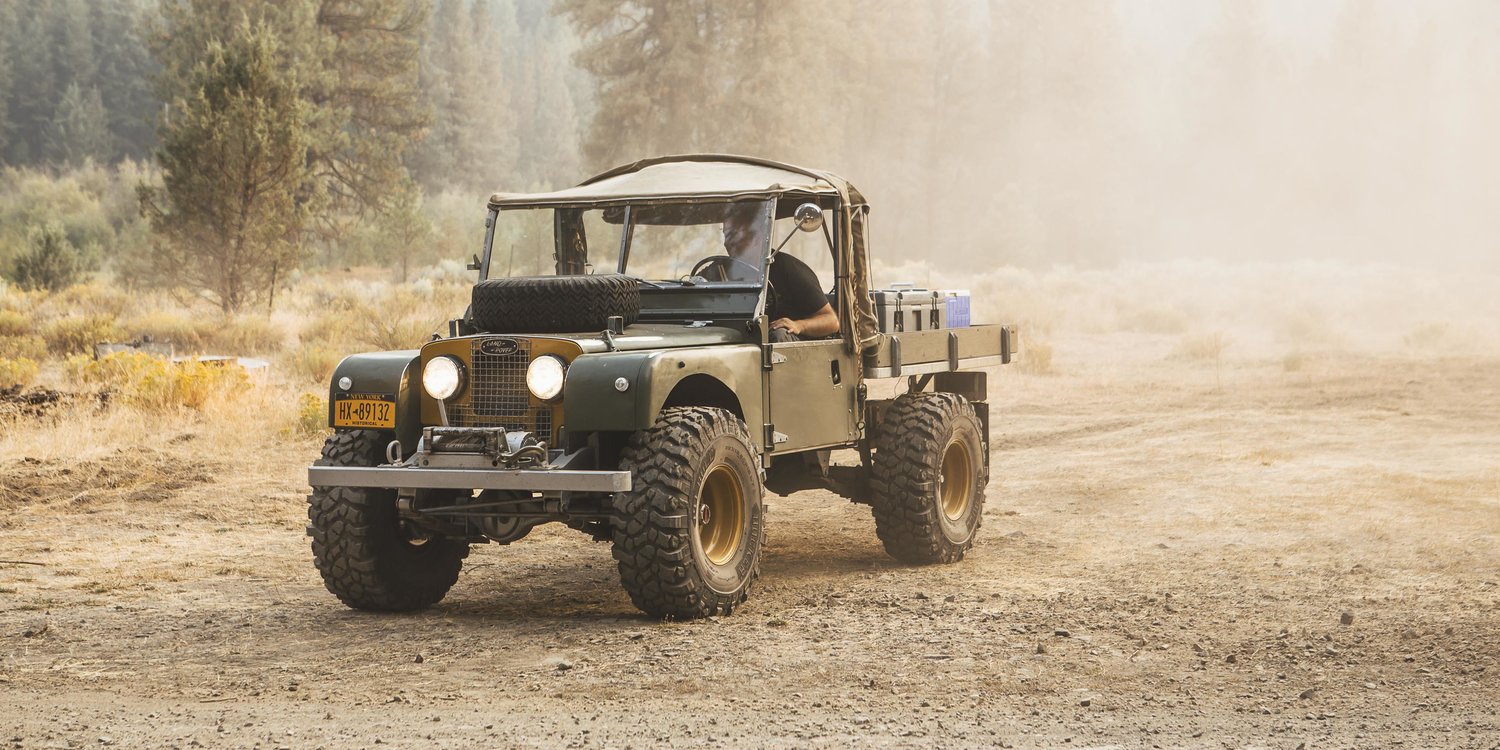 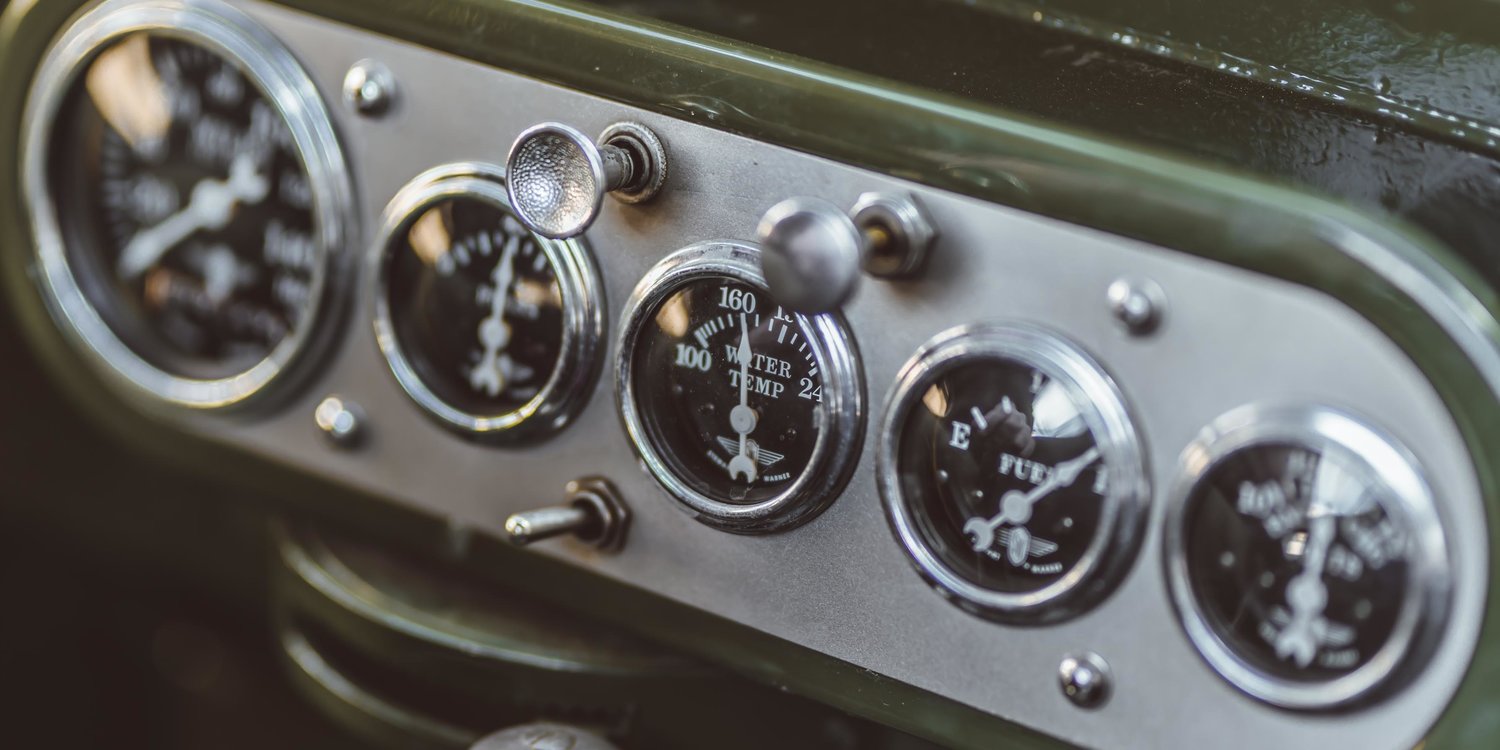 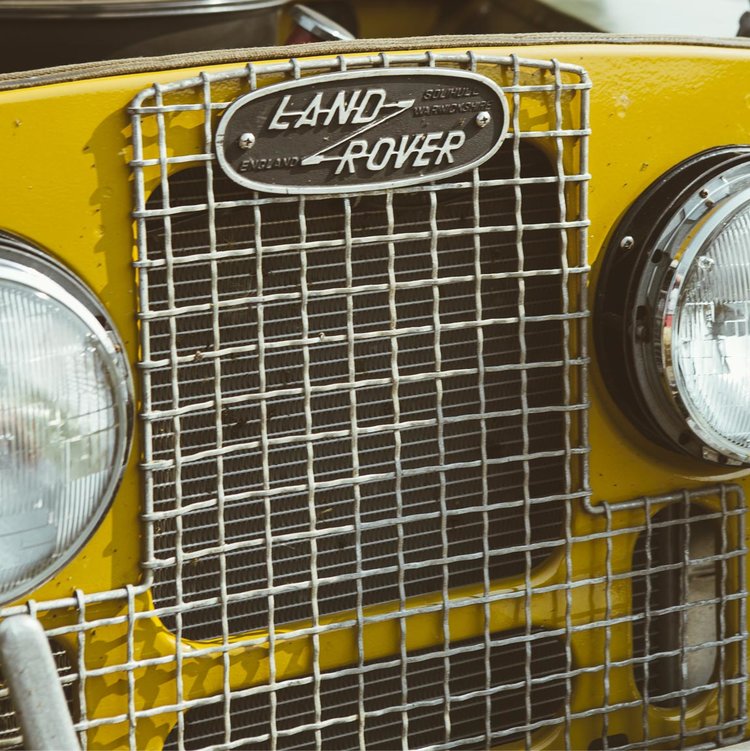 All this new power with the Brooklyn Coachworks Land Rover Series One 107 UTE is matted to a bulletproof NP435 4 speed transmission then to a Land Rover Series transfer case. The front axle is a Rovertracks converted Range Rover Classic axle assembly that has 30 spline chromoly shafts, Linchfield CVs, disk brakes, Toyota 3rd member with 4.11 heavy-duty gears and air locker. The rear axle of this stunning steed is also a Rovertracks converted with 30 spline chromoly shafts. Toyota 3rd member with 4.11 heavy-duty gears and Yukon Zip Locker.

As you would expect from a Timm Cooper built machine, this fantastic Land Rover has adventure in its blood. It has leaf sprung suspension set up spring over axle with anti-wrap bar. It gives you the peace of mind that your driveline is strong enough for whatever you can throw at this rig. Power steering was added to turn the widened and re-centered Land Rover wheels (15×10”) running 35×12.5×15 Pitbull rockers. 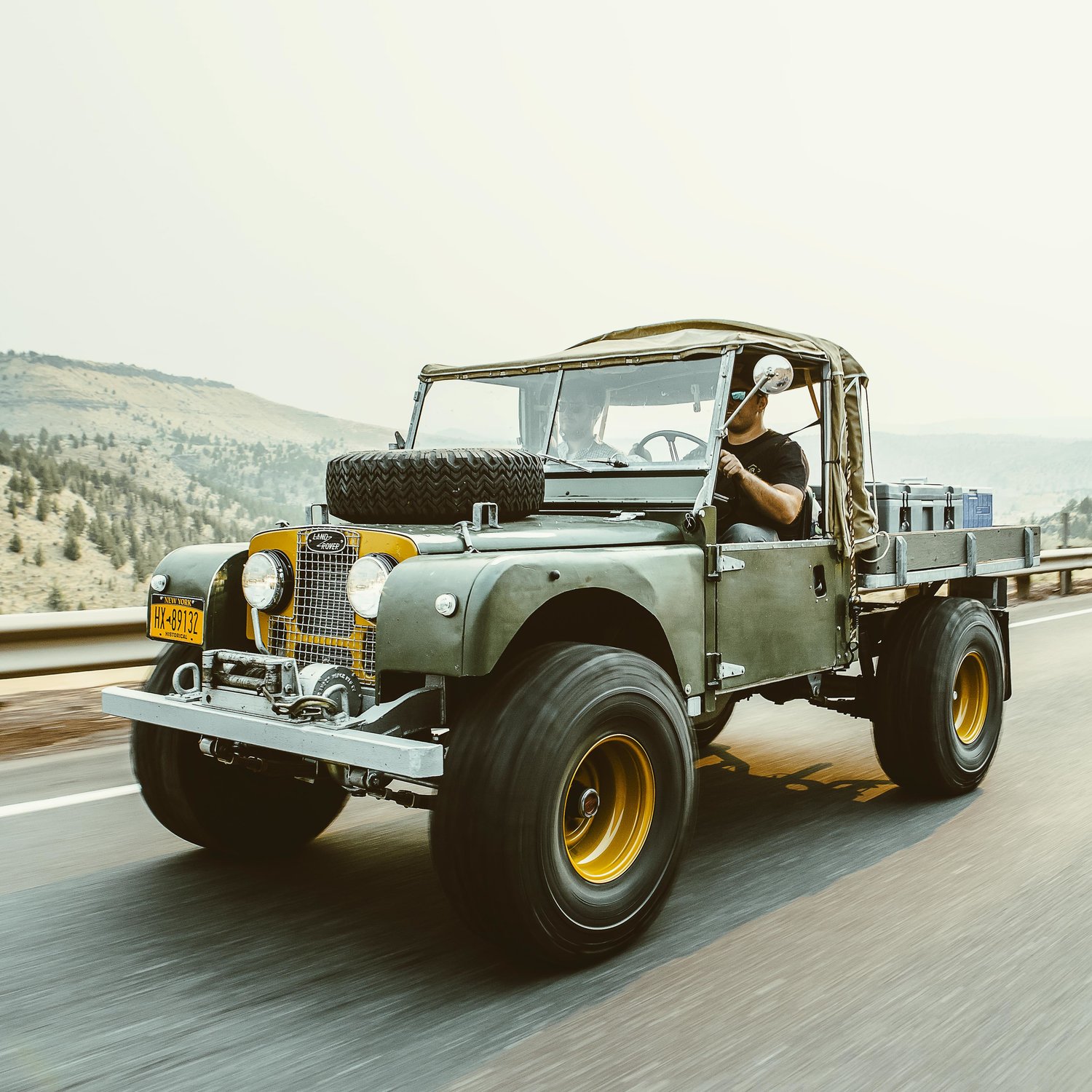 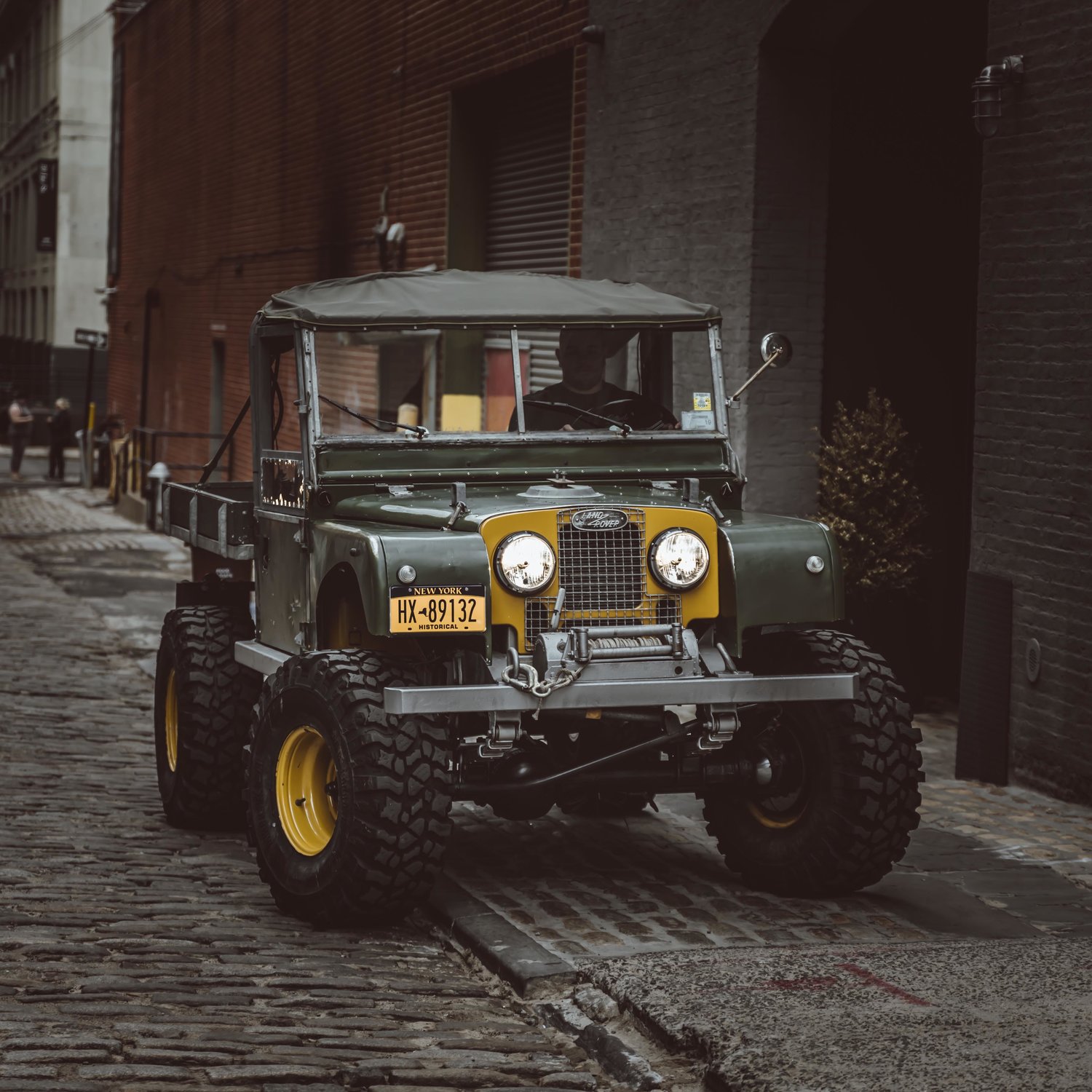 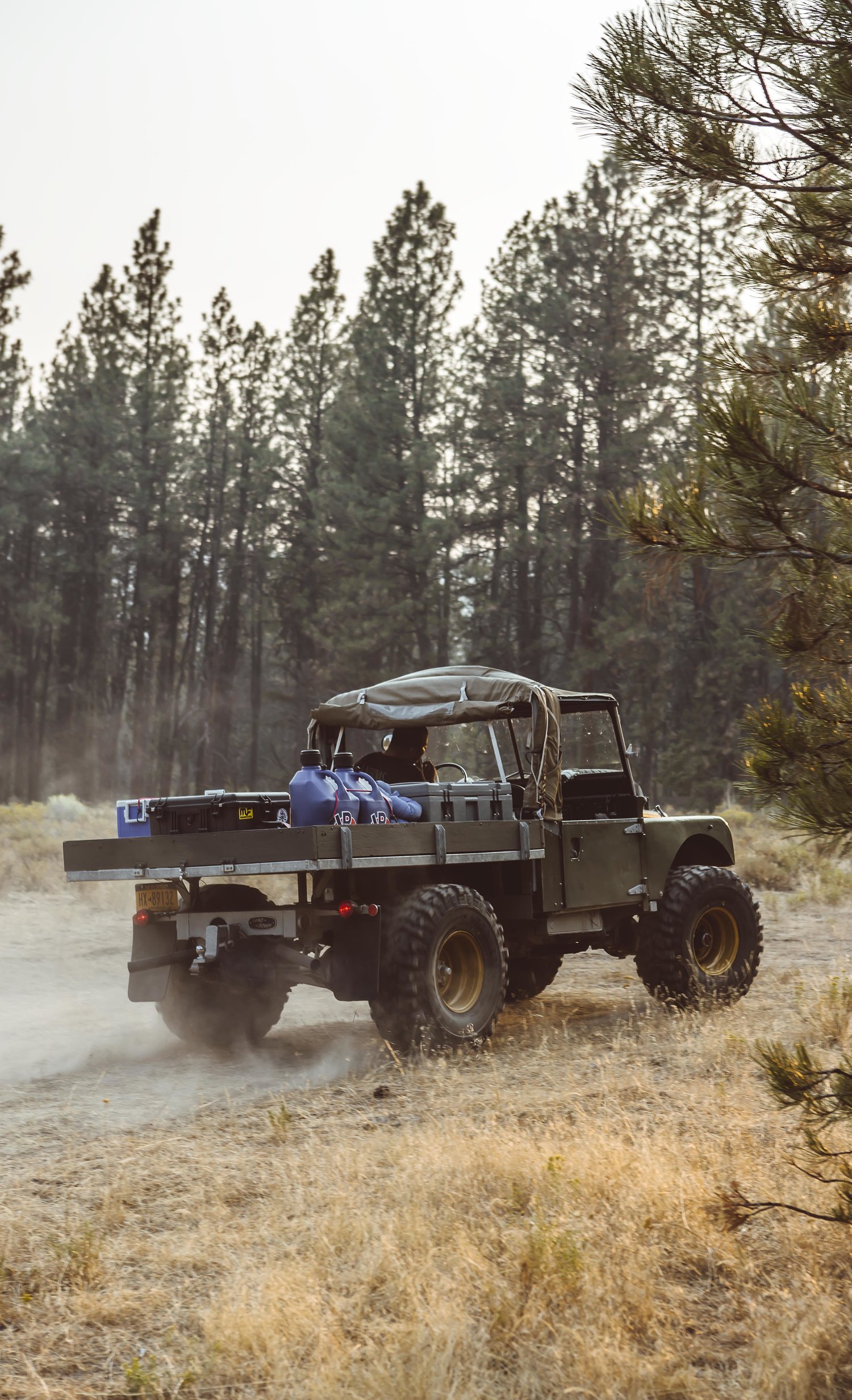 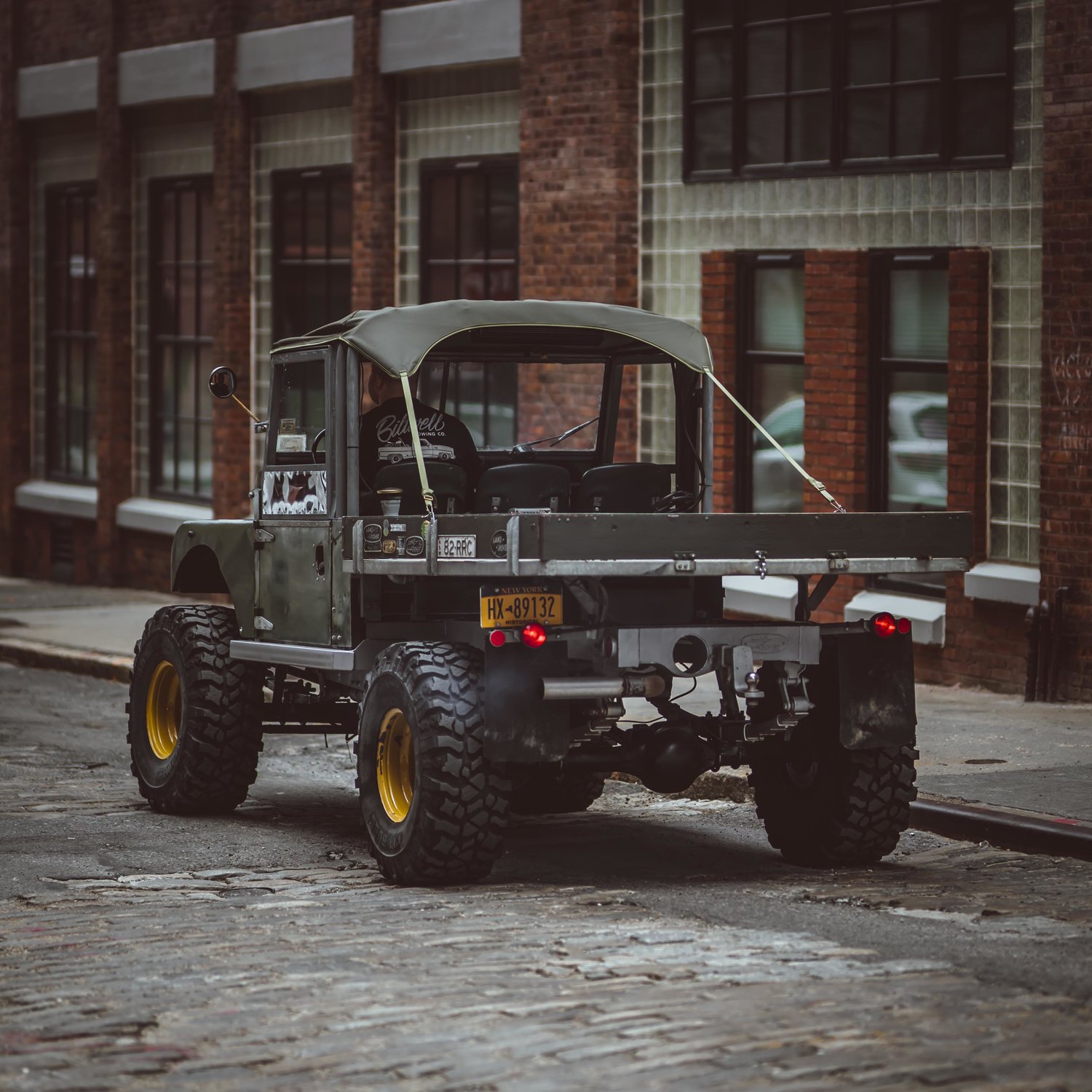 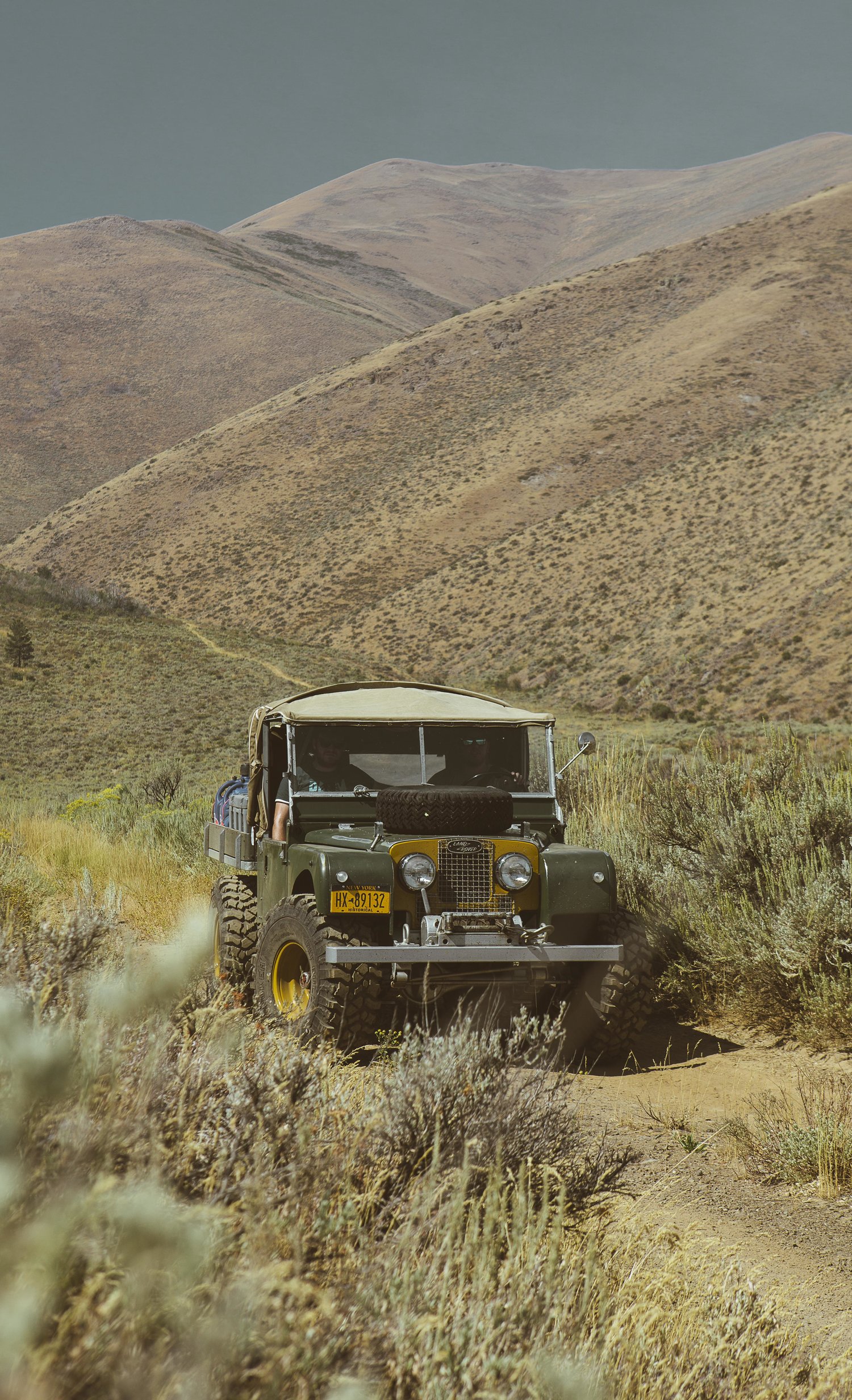 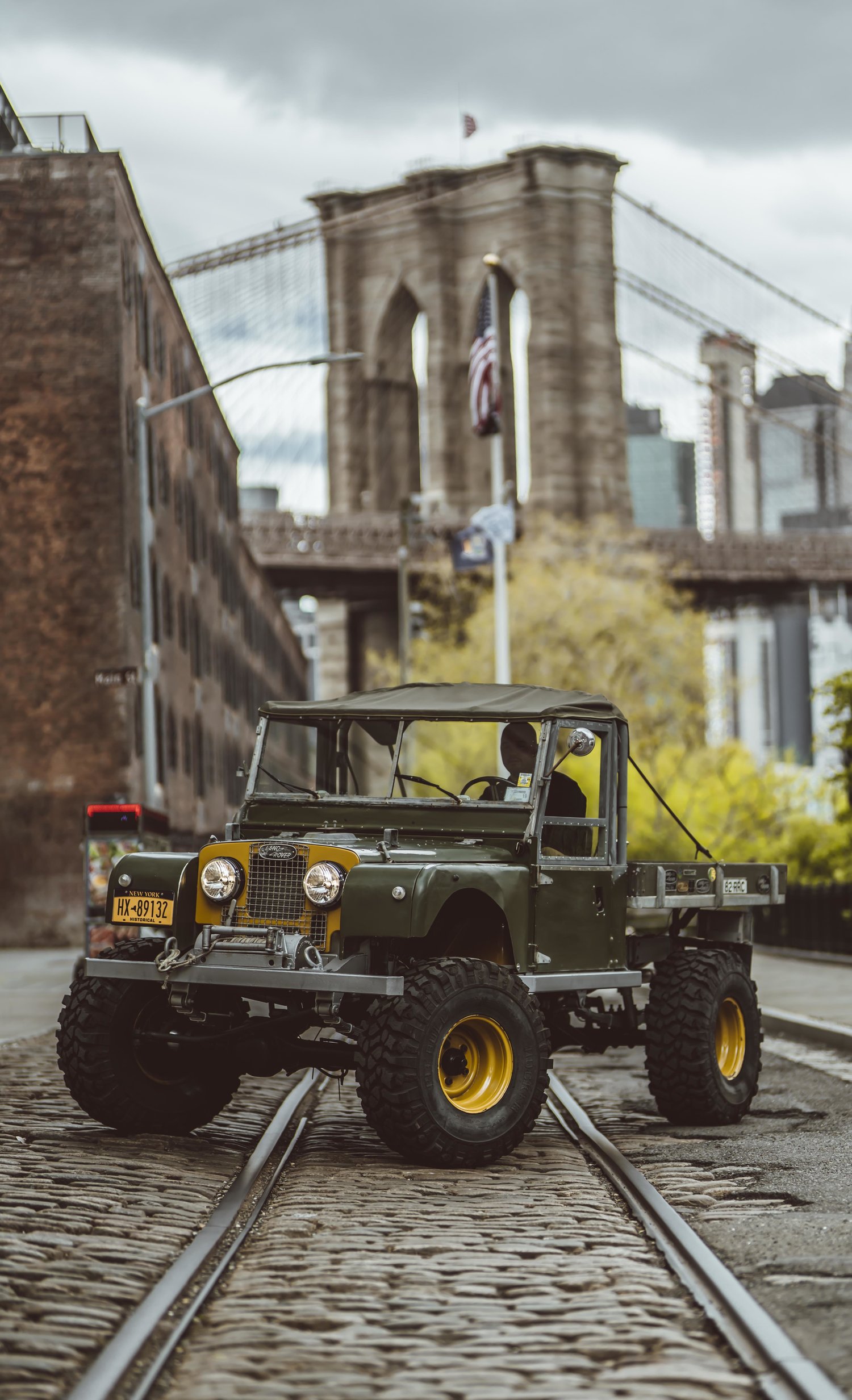 Rock sliders are plumbed to take air lines if needed and a bikini top and an 18 gallon tank mounted under bed are other eye-catching features of this breathtaking contraption. Even if you do manage to get this behemoth stuck somewhere, you are well equipped with a PTO winch mounted to a steel front bumper. And, saving the best for last, the flat bed tips if you want to load hay bales on the back and use it like dump truck.