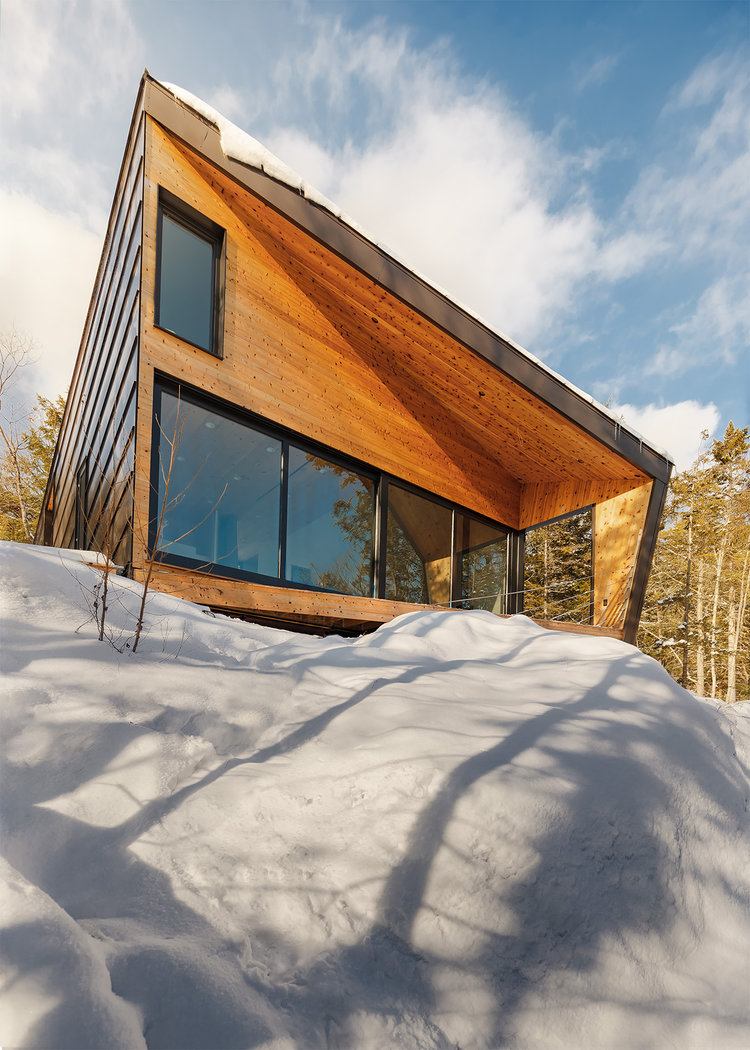 Cabin On A Rock does exactly what it says on the tin insomuch as it’s a cabin and it’s on a rock. This belies the mesmerising nature of its design, however, and the sheer attention to detail that has gone into both its interiors and exterior. This cracking bit of architecture from I-Kanda is located in the White Mountains region of New Hampshire and boasts some of the most spectacular views out there.

Room With A View

Almost defying gravity, the Cabin On A Rock from I-Kanda is situated on a granite outcropping in the heart of the White Mountains in New Hampshire and for those who really value peace, tranquility and relaxation, you’ll not find many properties that deliver this more admirably. The Cabin On A Rock was sited to jut (on the face of it) precariously over a steep drop-off,  which allows for dramatic views out across the valley at several prominent peaks – so, the views on offer really are second to none. 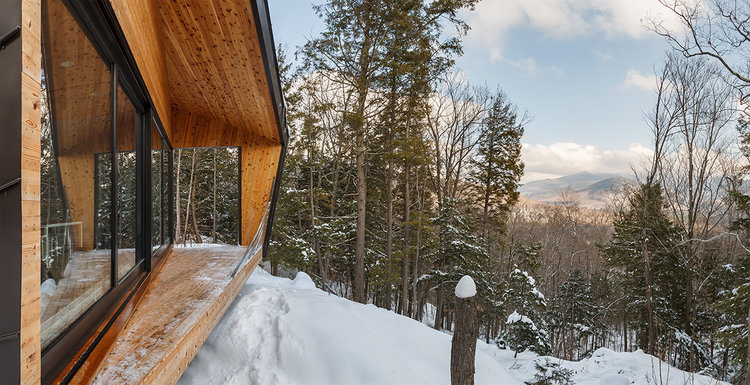 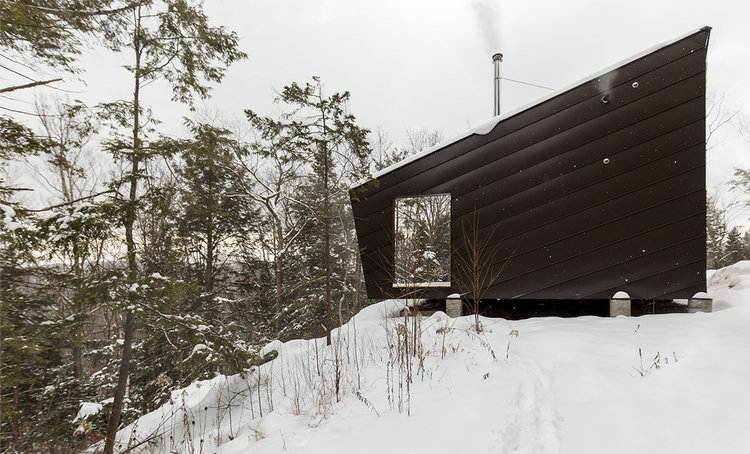 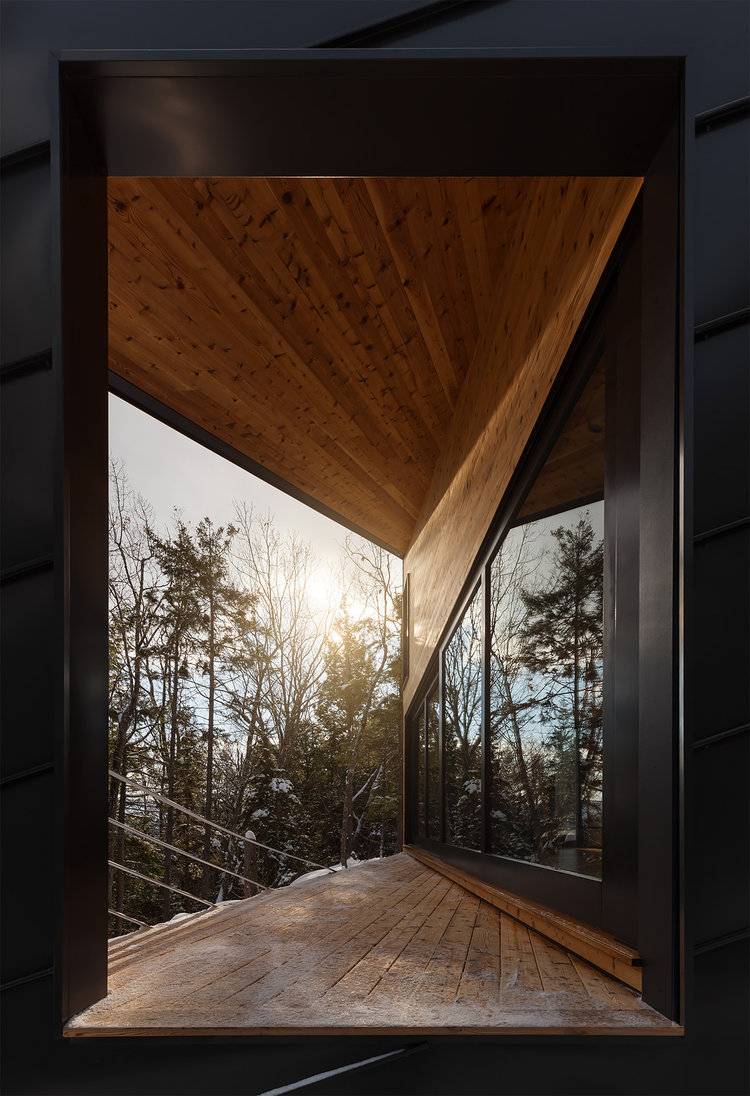 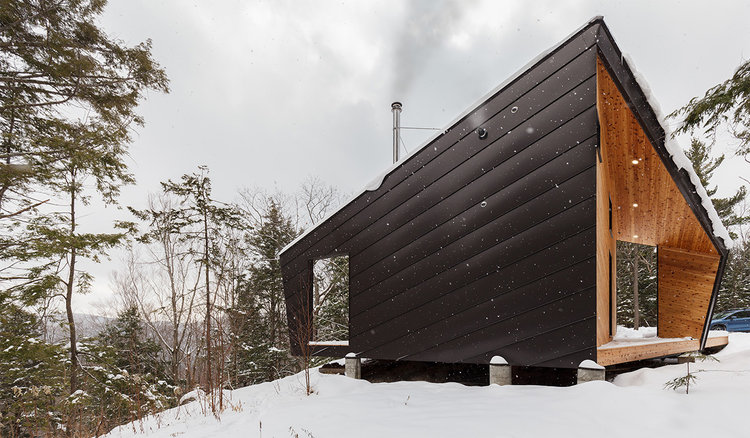 The I-Kanda Architects designed Cabin On A Rock really embraces the undulating topography that surrounds the main structure and foundations instead of being at odds with it. The whole property is lifted up on nine hand-poured concrete footings which is a system that has been chosen in order to tread lightly on the sloped site and not impact too greatly on the natural habitats surrounding it. 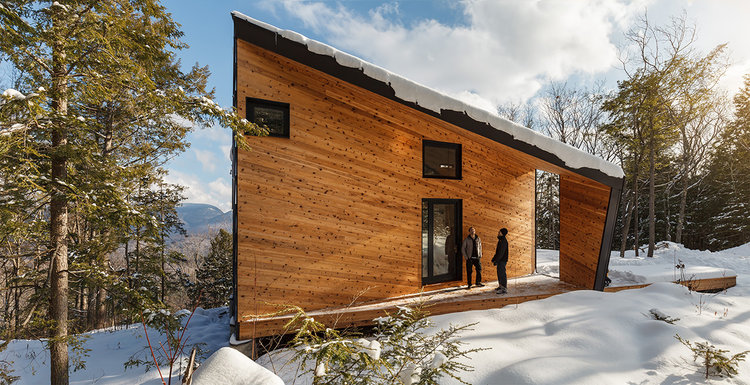 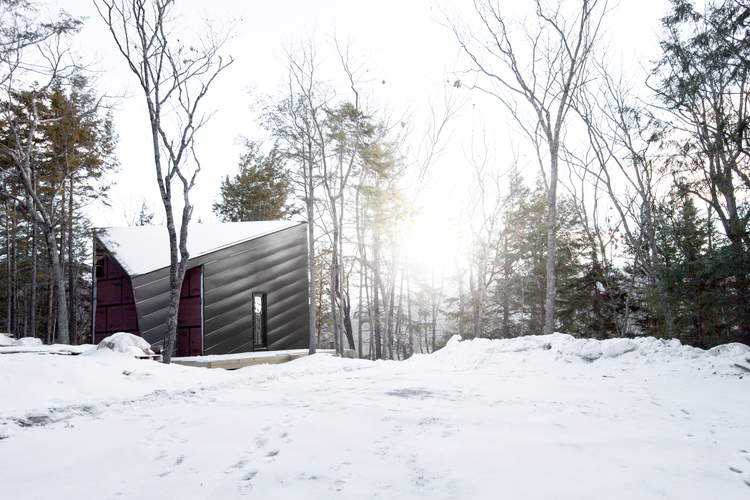 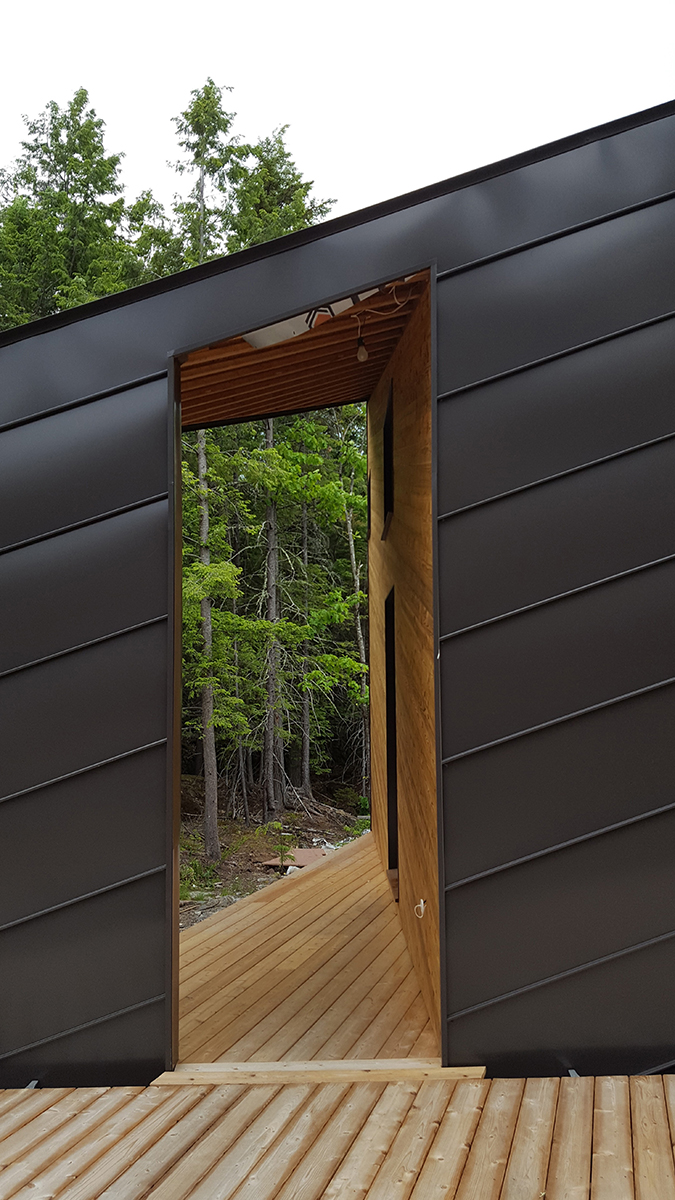 All the materials used in the construction of this cabin really stand out and it relies heavily on Fire Tower Engineered Timber and Bensonwood for the exteriors and all framing elements were carefully engineered and pre-cut before then being delivered to site wrapped, labeled, and ready for assembly in what was an incredibly streamlined process for any build. Small number of trees were removed from the site in order to capitalise on the views through the 24ft wide sliding glass wall to the front of the property which, quite frankly, is a stunning piece of design.

Getting Away From It All

Whilst Cabin On A Rock was originally conceived as a weekend retreat for two, the owners of the property had a family during the design and build of the structure so its size was increased to accommodate their growing family and became more of a full-time family home in terms of what it could offer from a size and living perspective – this required some creative design from I-Kanda as they were limited to the size of footprint they were allowed to take up in the White Mountains. 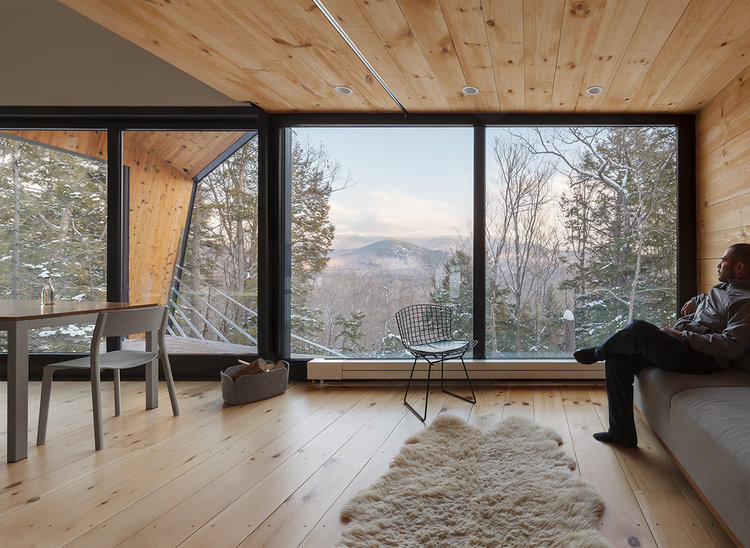 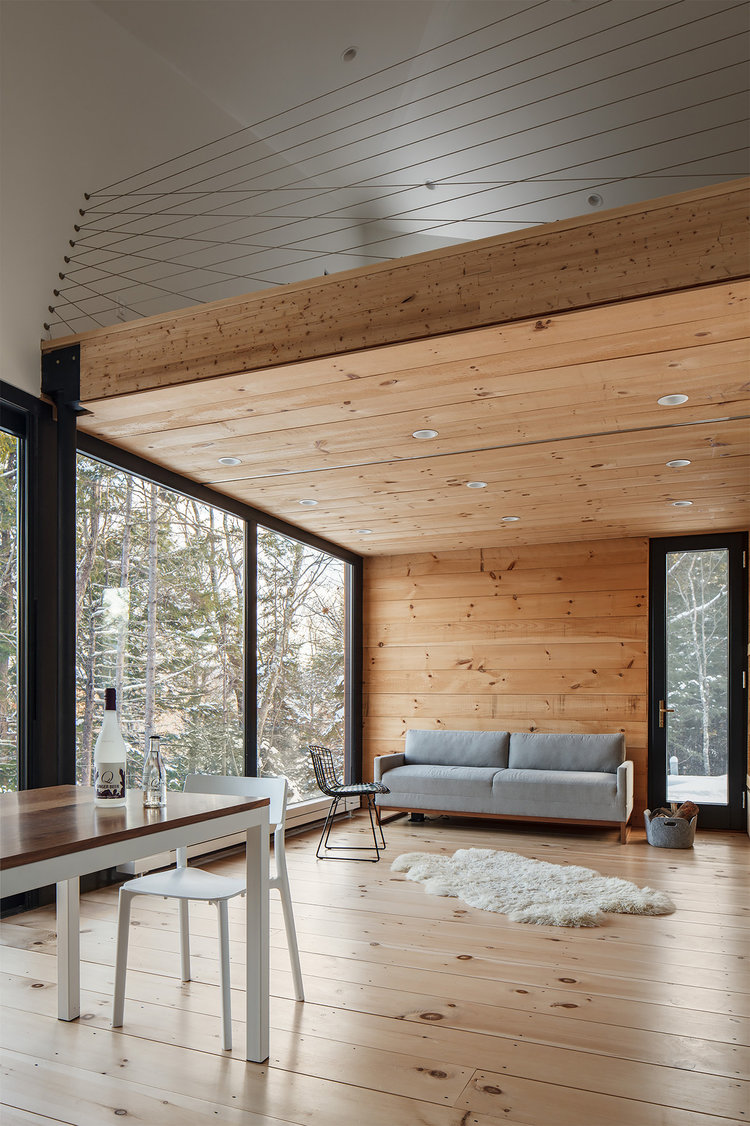 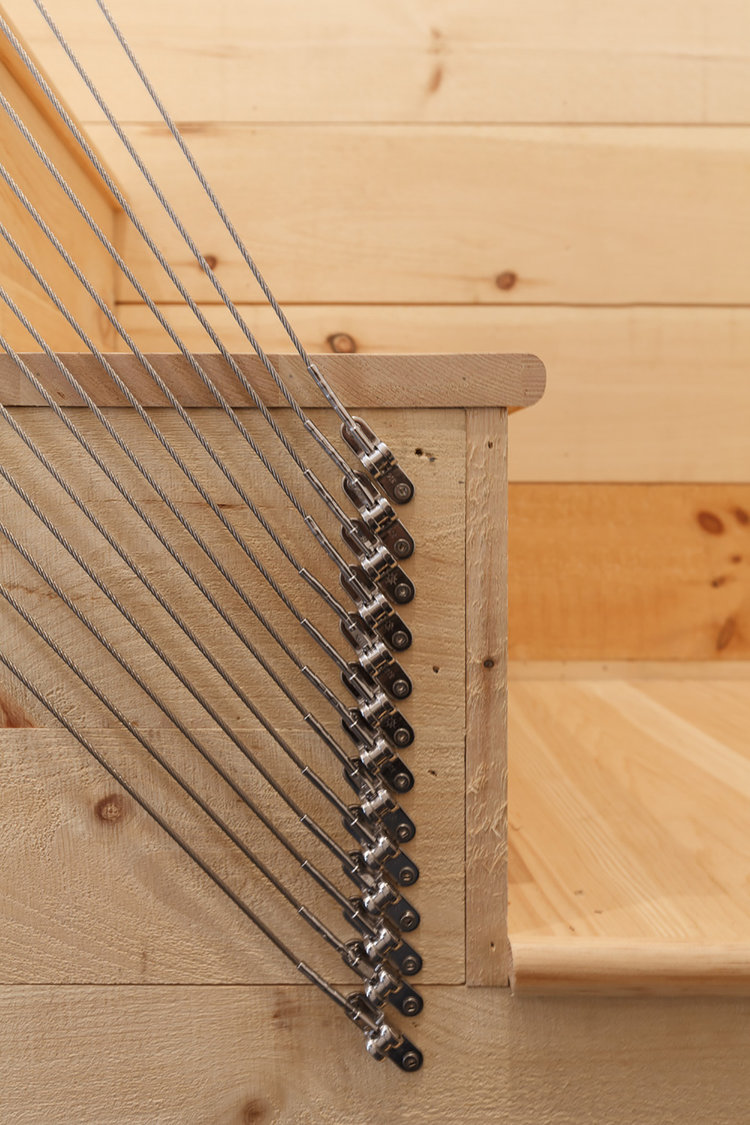 We love the thought of cabin retreats here at Coolector HQ and we’ve truly seen few as well designed and finished as Cabin On A Rock from I-Kanda Architects. The eye-catching faceted geometry of the cabin is striking to say the least and it is both elemental but also seems to be in constant transformation depending on one’s vantage point.  Stunning design.