It might be some years since Walter White et al left our television screens but we’re still just in love the incredible show as we always were here at Coolector HQ and that’s why we regularly scour the internet in search of awesomeness pertaining to the show. Well, they just don’t come any better than the Jack of the Dust Walter White Half Dissection Skull which is simply a must have for any die hard fan of Breaking Bad.

Jack of the Dust AKA Andrew Firth is an immeasurably talented artist who makes mesmerising pieces of artwork that use skulls as their creative catalyst but, given our love of Breaking Bad, it is this Jack of the Dust Walter White Half Dissection Skull that has really caught our eye and the sheer attention to detail is utterly breathtaking. Owning such an iconic character, which would take pride of place in any workspace, is definitely going to appeal and, given their limited numbers, you’ll need to move quickly if you want to get your hands on one.

I’m The One Who Knocks

These spectacular Walter White Half Dissection from Jack of the Dust are extremely limited in nature with just 150 being made available world wide, each one comes with a signed and numbered certificate of authenticity so you know that it’s the real deal. With just 25 skulls being painstakingly crafted at one time, no two will be exactly the same given the handcrafted nature of each one and each one is made in Firth’s Australian workshop. 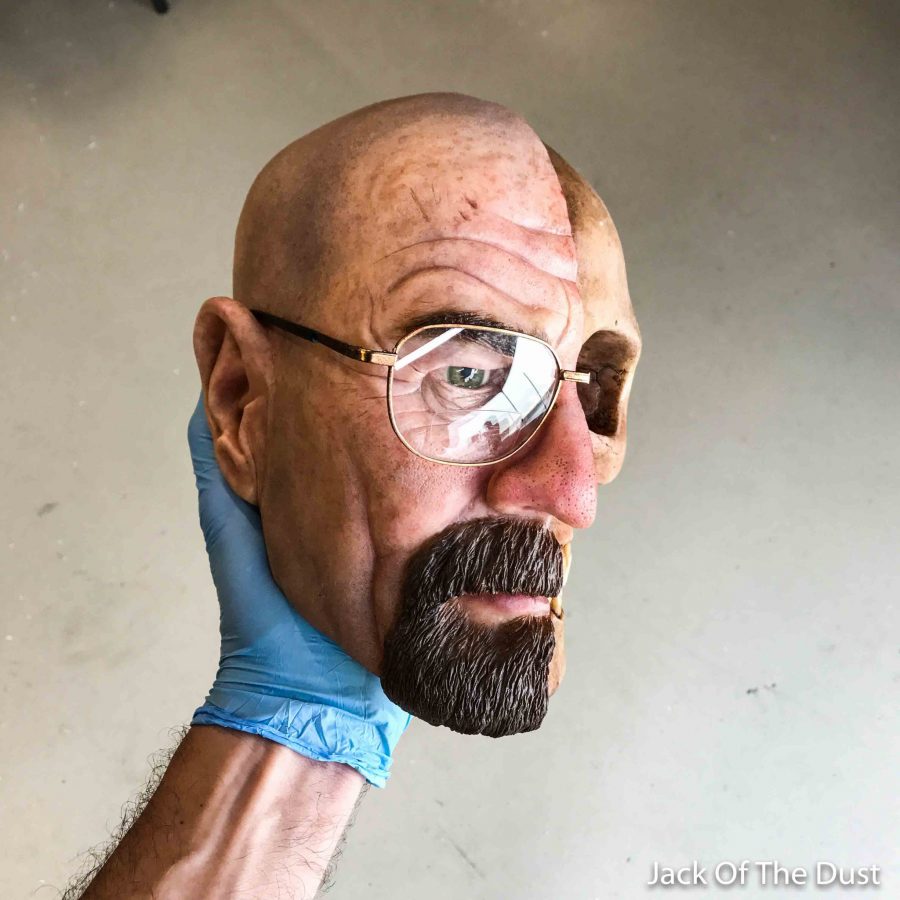 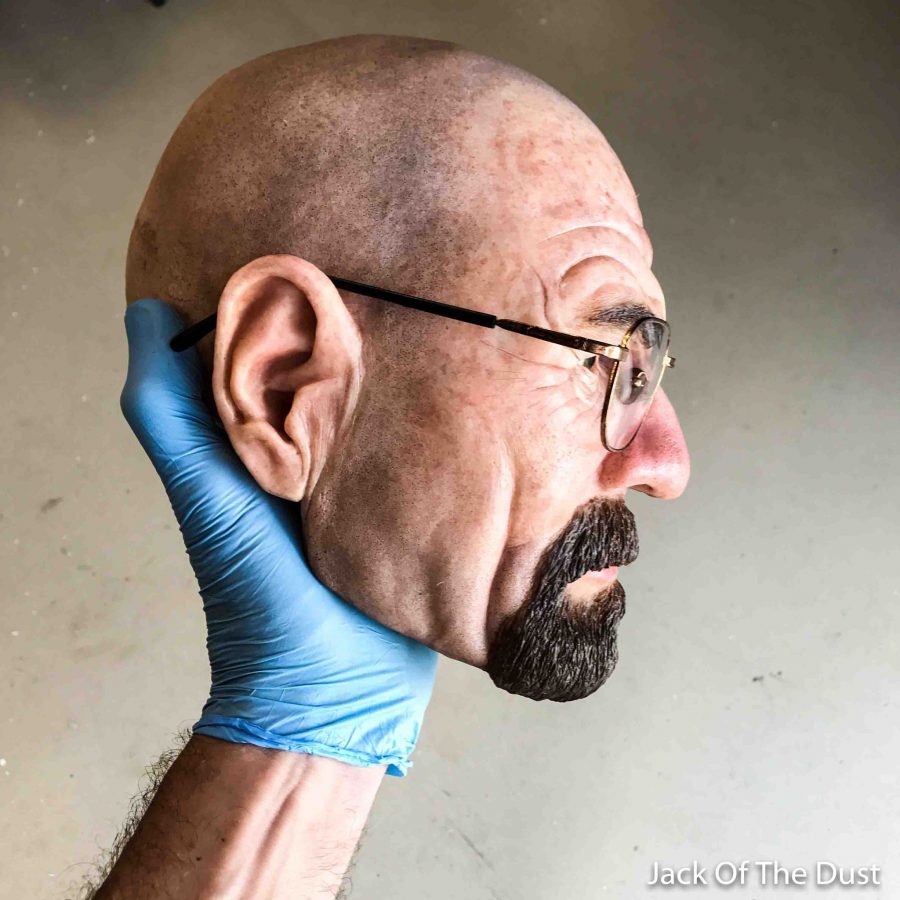 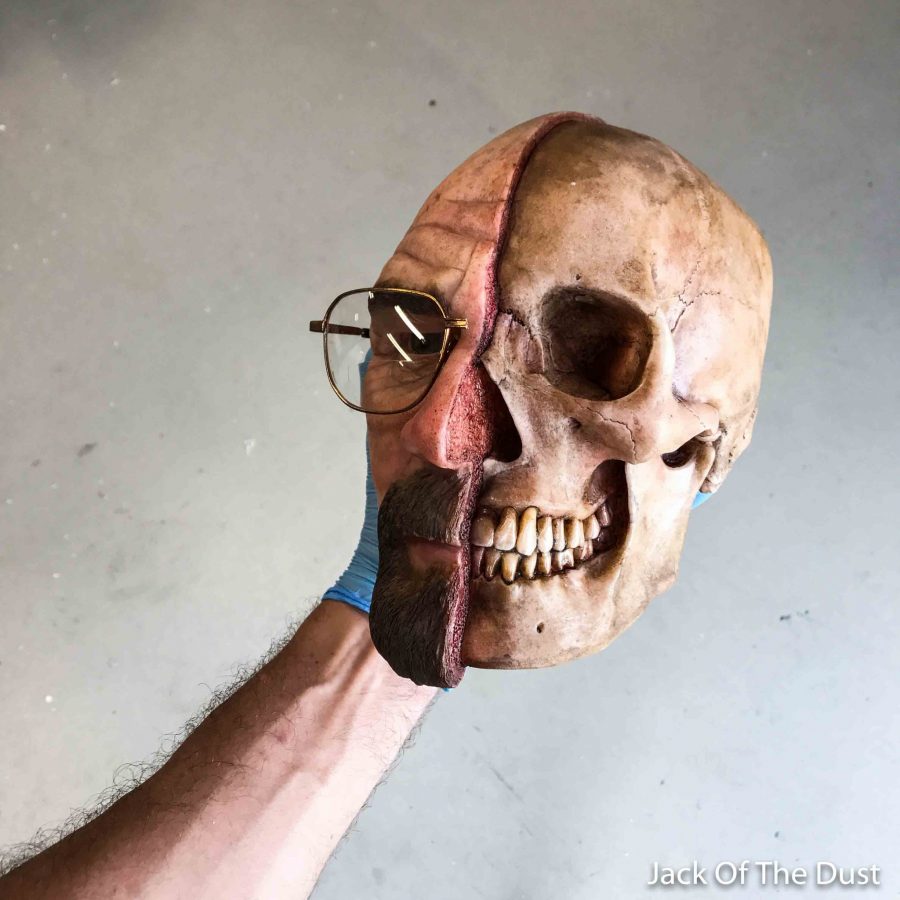 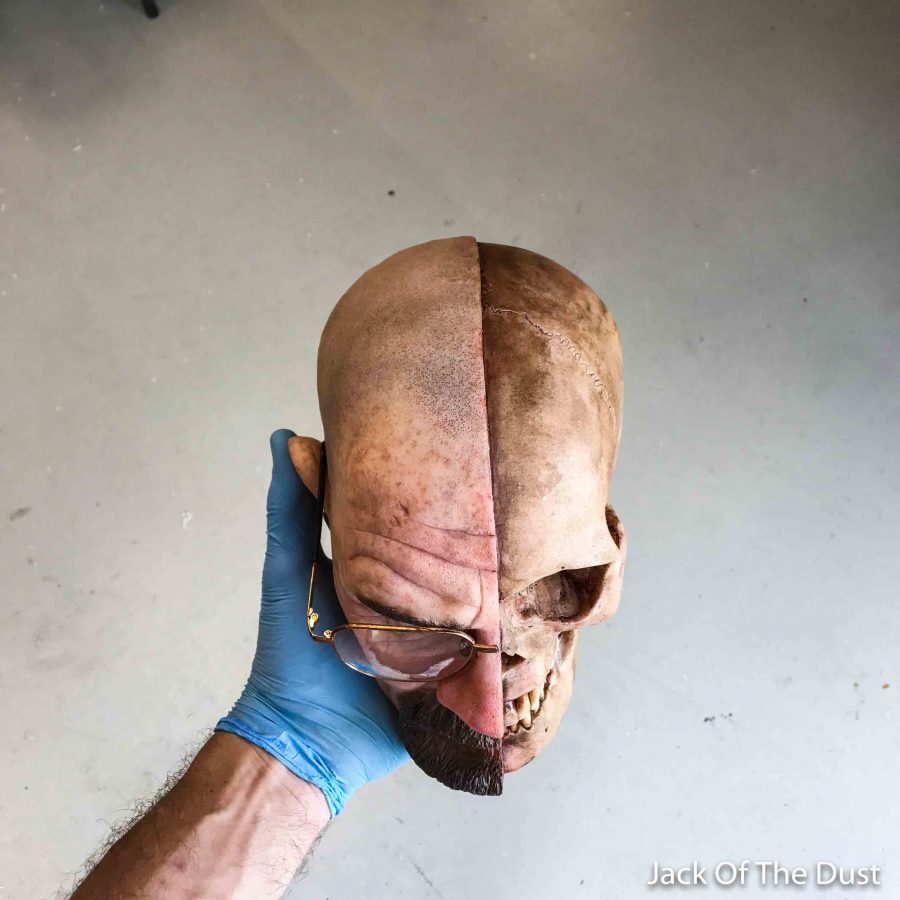 Weighing around 750g, these Jack of the Dust Walter White Half Dissection Skulls pack a punch and, aesthetically speaking, the amount of detail and realism is nothing short of extraordinary. Each skull is made by using a mixture of clay, coffee and, in the words of Firth, late nights and decent music – with each one being sculpted by hand. Once the underlying sculpting has been completed, Firth moves to his laboratory and get to work on making a Matrix mould that delivers the exceptional realism of his pieces. 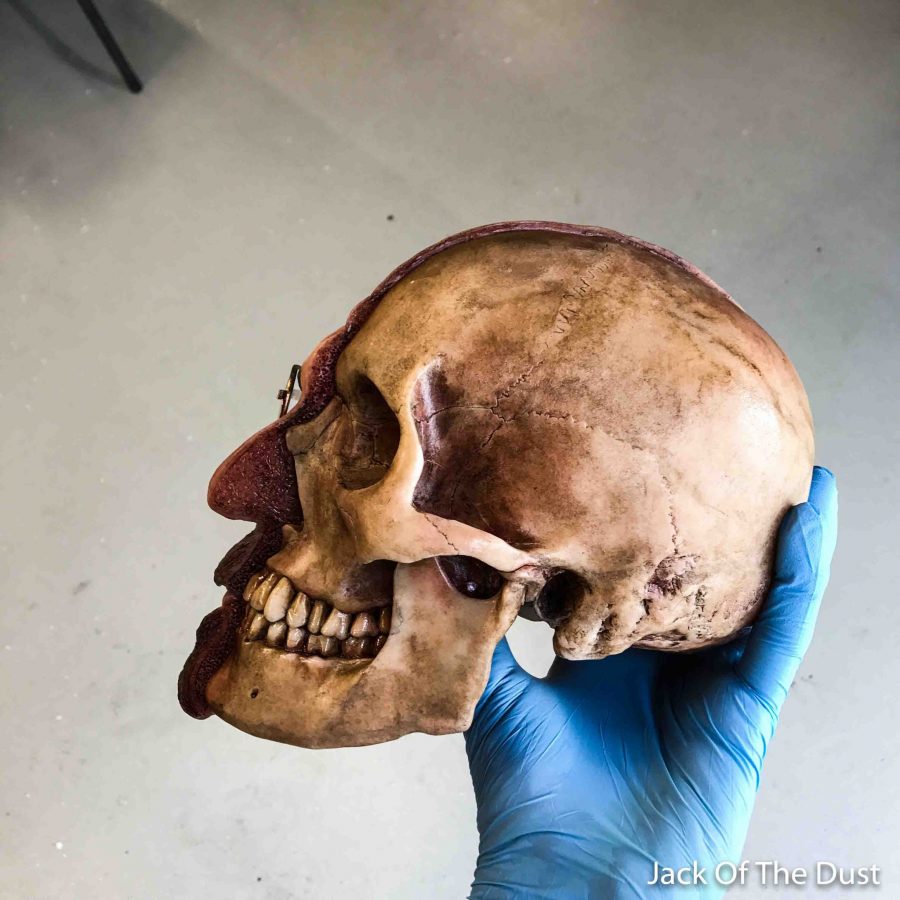 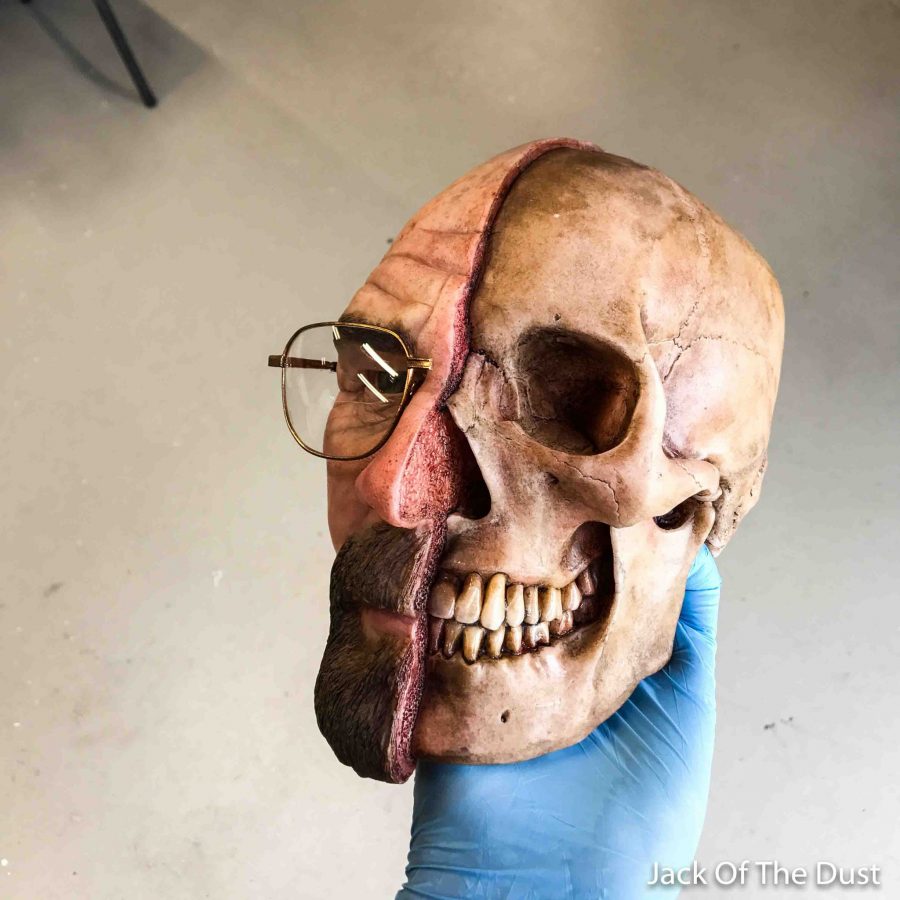 Painted by hand using a combination of airbrush and hand painting techniques which he has developed over the years of crafting these breathtaking creations and each one that is made is a piece of artwork which is entirely unique to Jack Of The Dust. Once Jack of the Dust has finished hand painting his pieces and delivering the stunning realism you see before you, it is left to cure for up to 14 days before it is made available to order worldwide.

Needless to say, there are no shortage of Breaking Bad fans out there who will be positively falling over themselves to get their hands on one of these Walter White Half Dissection Skulls from Jack of The Dust and whilst they’re not cheap, costing just shy of $700, you’re not going to own anything quite as amazing and exceptionally crafted as this if you’re a Breaking Bad aficionado so it would be money well spent in our opinion here at Coolector HQ. 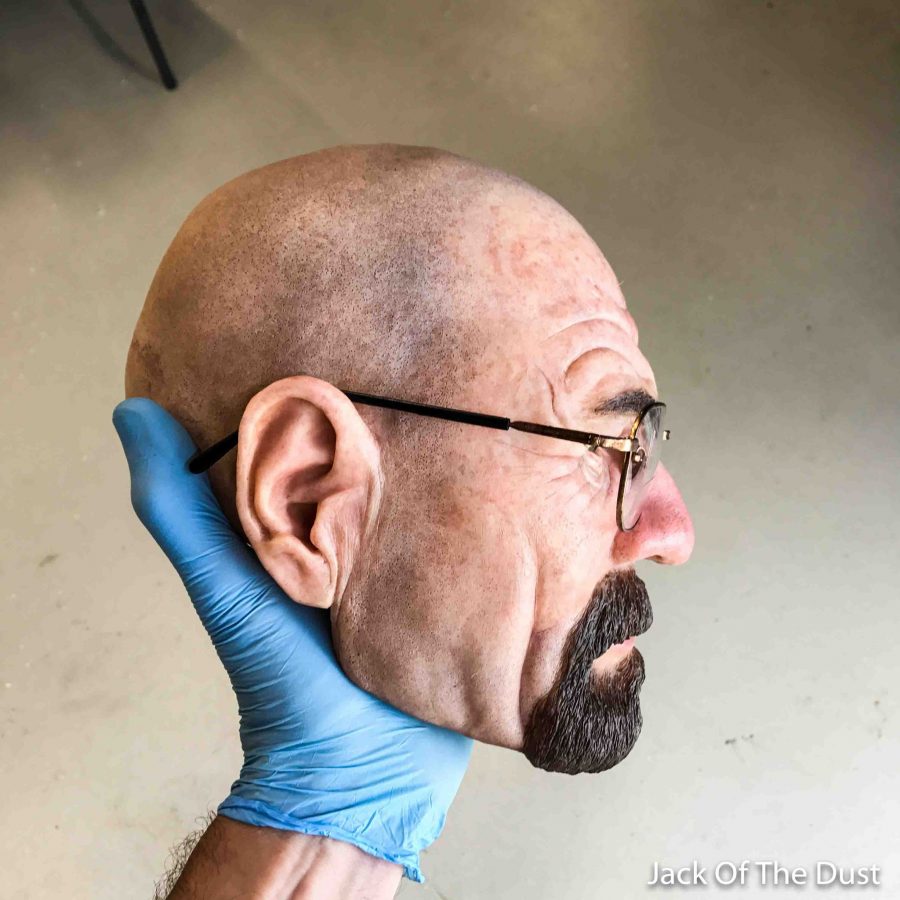 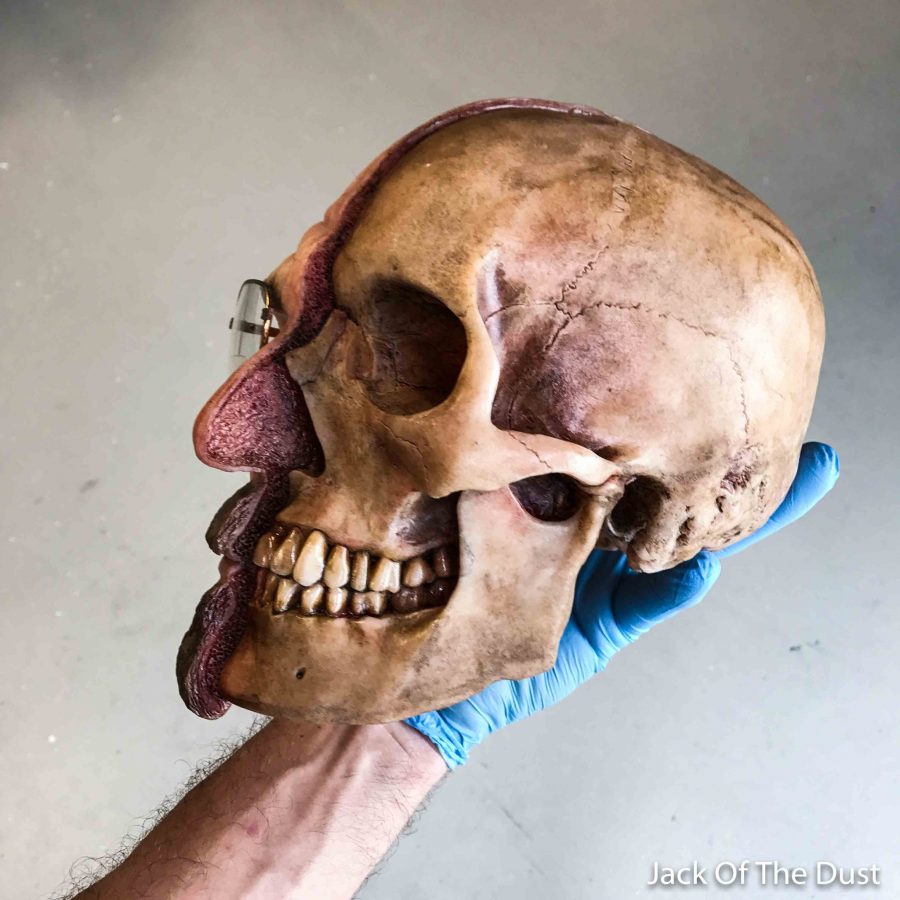 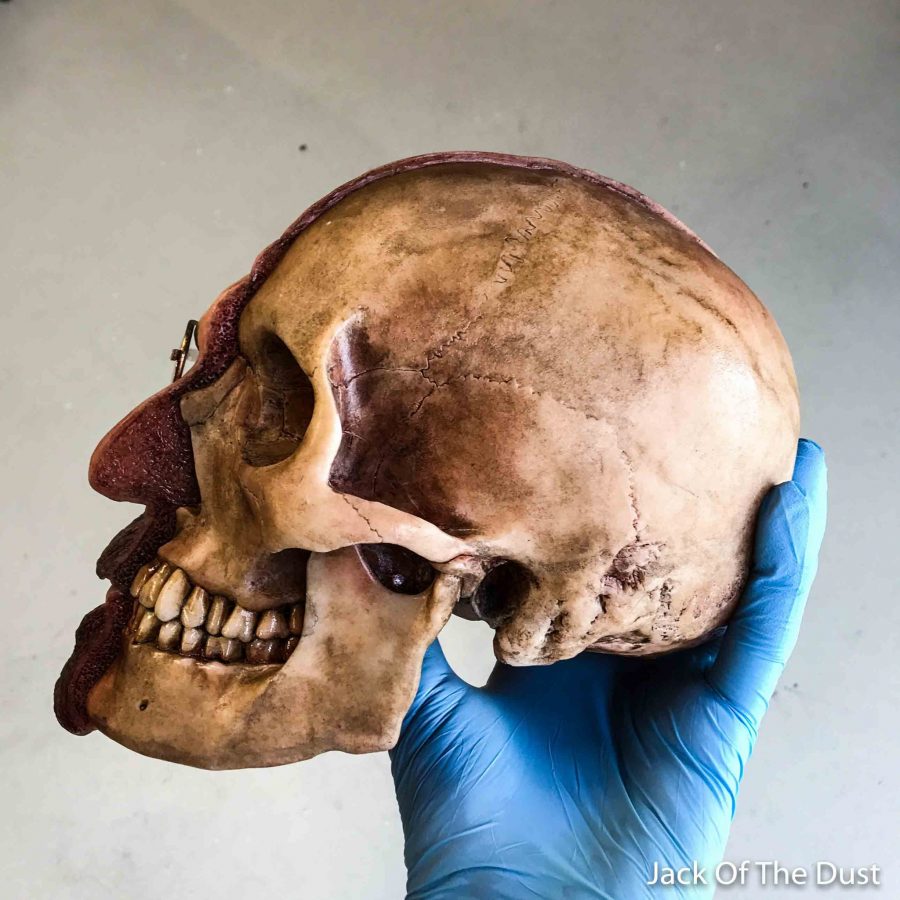 So, if you’ve been looking for that piece to really tie your workspace together or a talking point for your interior design endeavours, this Walter White Half Dissection Skull from Jack of the Dust is going to tick all of the right boxes. This amazing artist has a thoroughly impressive catalogue of out of this world work but, if you’re anything like us, it will be this Breaking Bad offering that you’re itching to get your hands on.