For those of you that are on the hunt for a motorcycle that delivers both unparalleled performance and exceptional aesthetic visual appeal, Death Machines of London are a workshop that should be well and truly on your radar. As if to prove this point, their latest release, the supremely awesome looking Death Machines of London Airforce Motorbike, might just be one of the coolest and sleekest looking contraptions we’ve seen to date here at Coolector HQ.

Taken inspiration from Giovanni Ravelli, a WWI fighter pilot, aviator and motorcycle racer, the Airforce Motorbike from Death Machines of London is a real sight to behold and you’ll be blown away by its performance capabilities as well. This stunning steed has hand formed body work and an aviation inspired chassis which is quite unlike any other bike you’ll see out there so if you want to turn heads aplenty with your choice of ride in 2018, this would be a great place to start.

Built atop an already impressive, albeit in a state of disrepair, 1982 Moto Guzzi LeMans Mk2 machine, the Death Machines of London Airforce Motorbike has certainly got off on the right foot. With an engine which was discovered to be in a surprisingly decent condition and after a full forensic inspection, vapour cleaning & reassembly, joined by replacement bearings, seals gaskets the main engine work was completed. The cylinder heads were treated to a total refresh, along with the workshop’s signature gas flowing and things were finished off with Death Machines of London’s in-house velocity stacks and open slash cut headers. 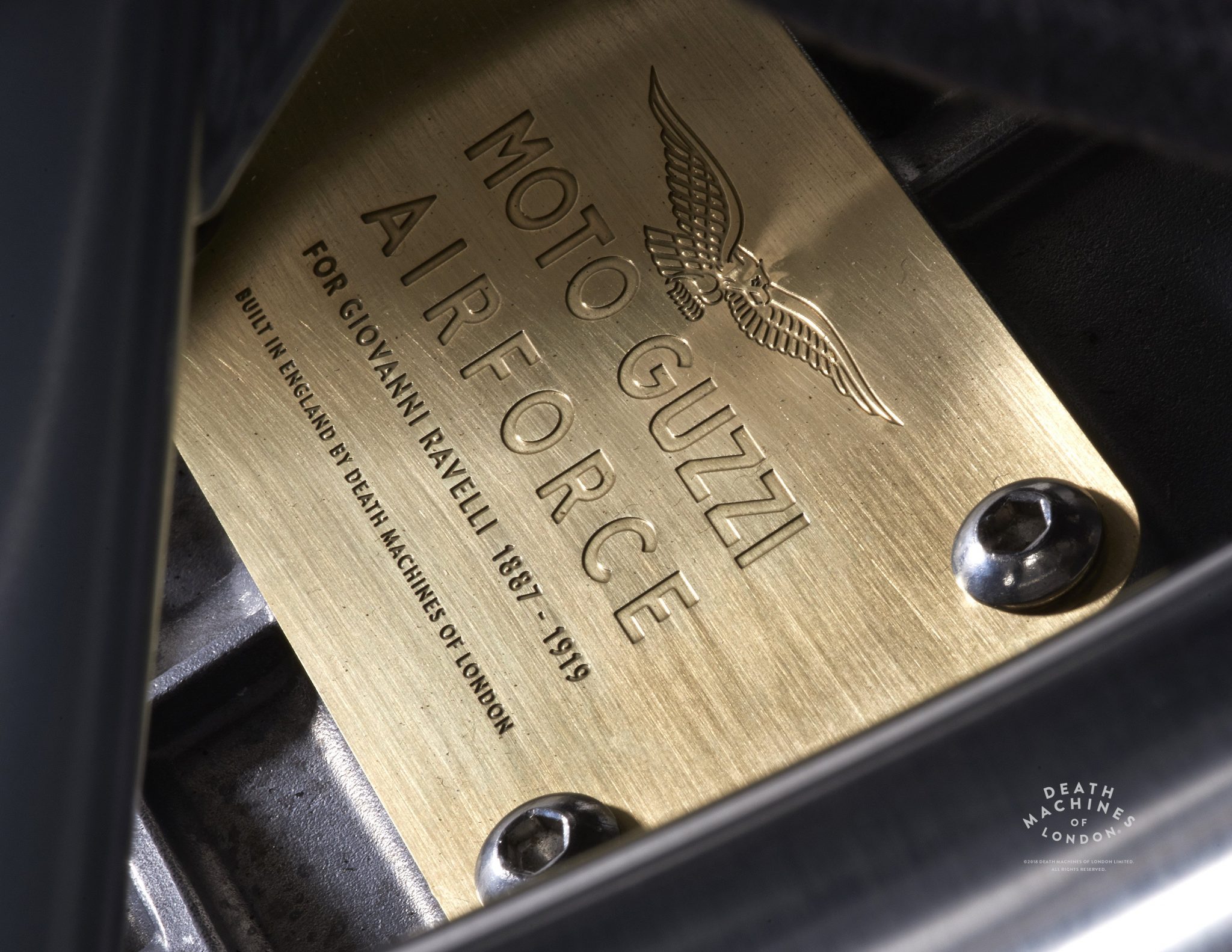 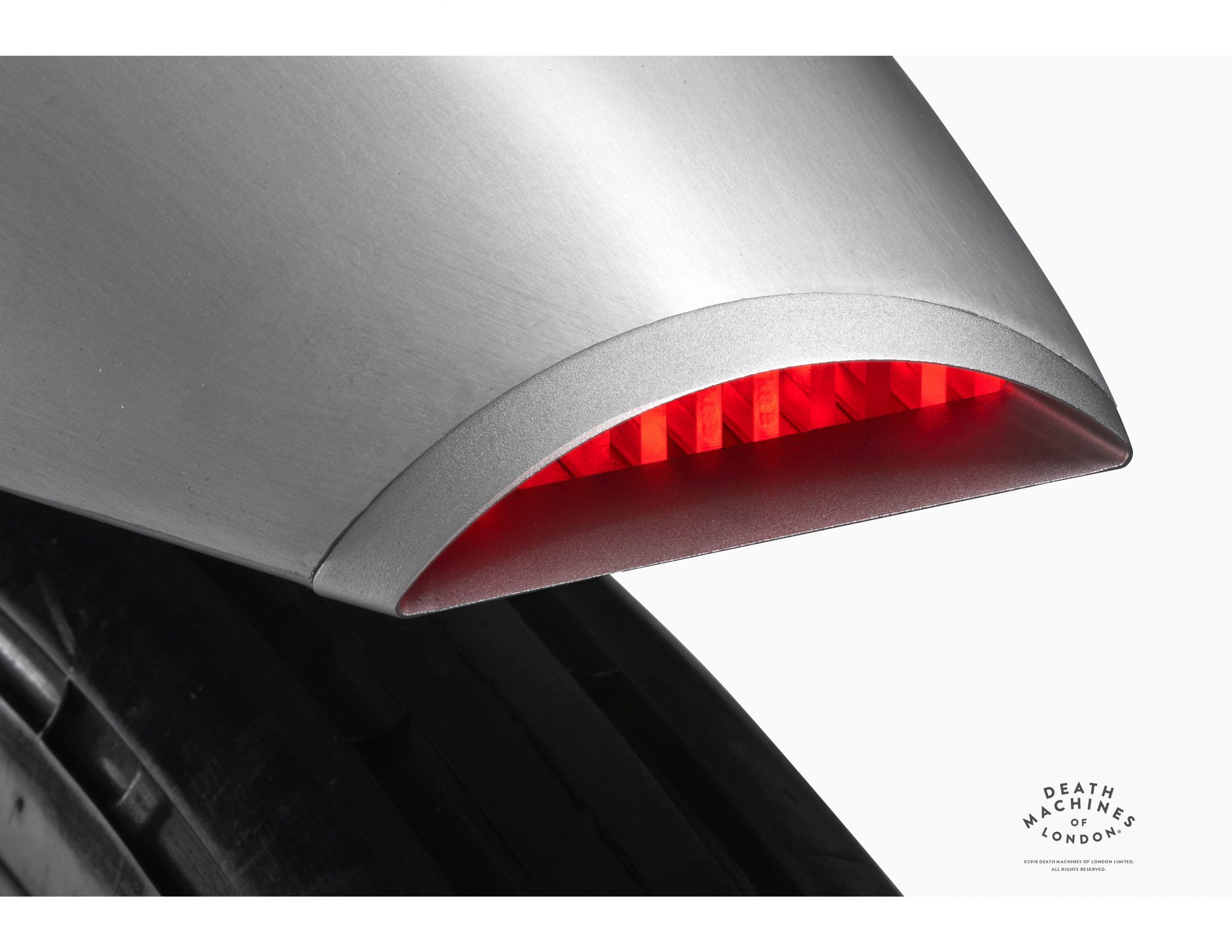 It is the visual impact of the Death Machines of London Airforce Motorbike which is entirely impossible to ignore and the frame and front wheel were coated in their custom ‘Airforce Grey’, which had been created especially for this project. The wheels of the bike are modified California Hubs, which have been laced to 21×3.00 aluminium rims, the rear utilising hand spun aluminium disc covers. Everywhere you look across the chassis of this bike will be an amazing feature that adds to its overall visual appeal and performance.

The braking ability of this impressive ride is also second to none with a pair of billet four pot Brembo calipers, which are operated remotely by a cable to a Brembo RCS master cylinder. All the first class features you see before you with this mesmerising machine have been designed and built in house, and the 300mm rotors are one off Death Machines of London designed steel items.

Out of this World Workmanship

It’s no mean feat creating a machine of this magnitude and the team at Death Machines of London said themselves that it was their hardest creation to date but, as you can see, the Airforce Motorbike was definitely worth the blood, sweat and tears. With engineering processes more synonymous with watchmaking than motorbike building, this miraculous ride has a speedometer which has been redesigned and precision etched in nickel silver and brass, with dimmable radial illumination through a dedicated controller. 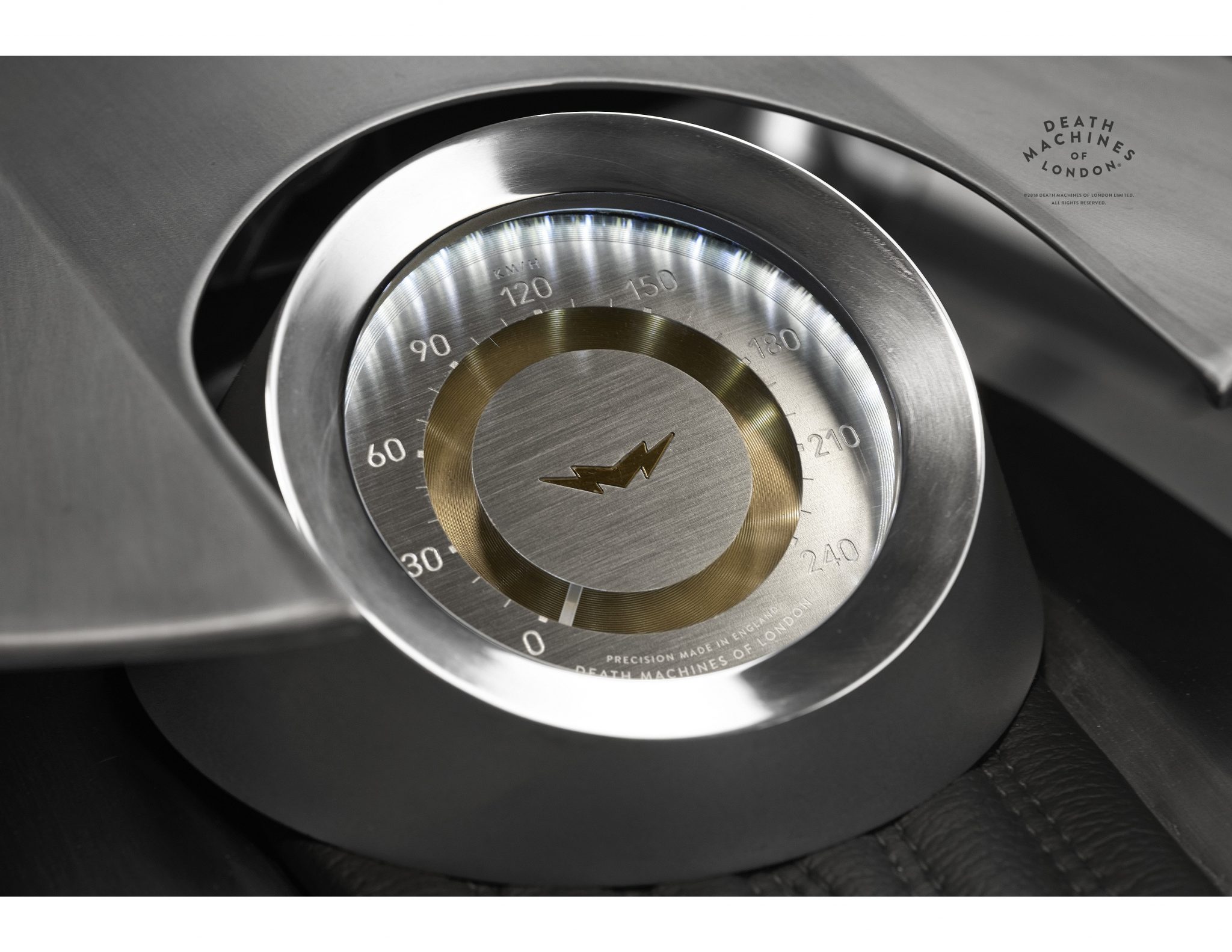 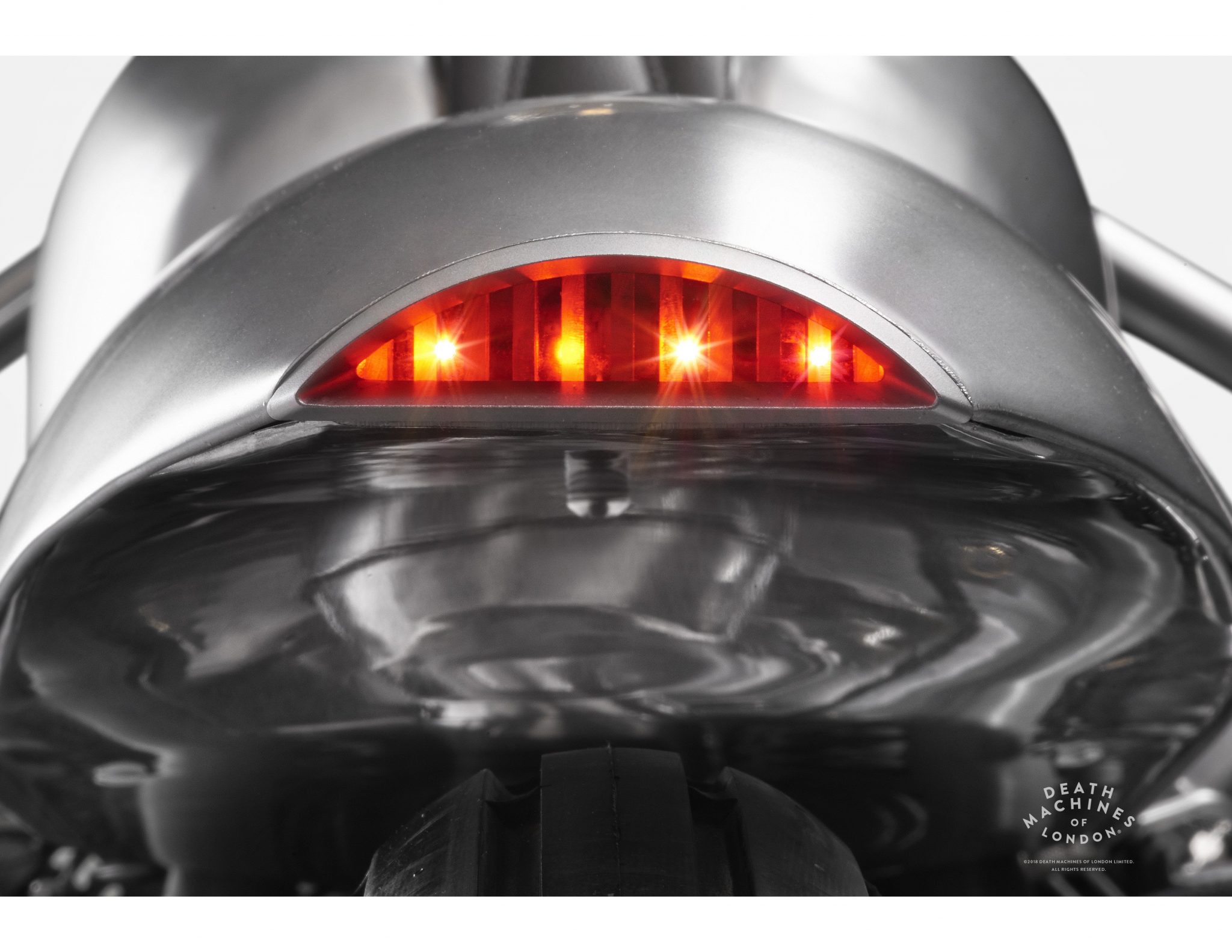 Utterly incredible craftsmanship abounds with every element of this phenomenal machine and it is testament to the dedication and patience of Death Machines of London that they have managed to pull it off with such aplomb and it really is a fitting tribute to Giovanni Ravelli that the WWI fighter pilot would loved to have ridden.