For any regular cooks amongst you, you’ll likely be only too aware of the annoyance and time it takes to defrost food and whilst the freezer is a godsend for preserving your favourite ingredients, it can add a considerable amount of time to the cooking process. Well, no longer will that be a cause for concern courtesy of this excellent looking Kickstarter campaign by the name of the Yeti Touch Defrosting Tray.

Kickstarter is home to some mighty innovative products and you can add the Yeti Touch Defrosting Tray to that list now. It is billed as having the capacity to defrost rock hard meats, poultry and fish up to twice as fast as conventional defrosting methods and, in doing so, making the use of frozen foods much more straightforward for your day to day cooking endeavours.

We’ve all been there – in the position where you intend to cook something for dinner but forgot to take a key ingredient out to defrost – a situation which would normally derail your meal plan for the night. Not so if you’ve got one of these excellent Yeti Touch Defrosting Trays in your kitchen as it will defrost your rock hard meats in as little as 20 minutes and make sure you can still make the meal that you were intending to that evening. 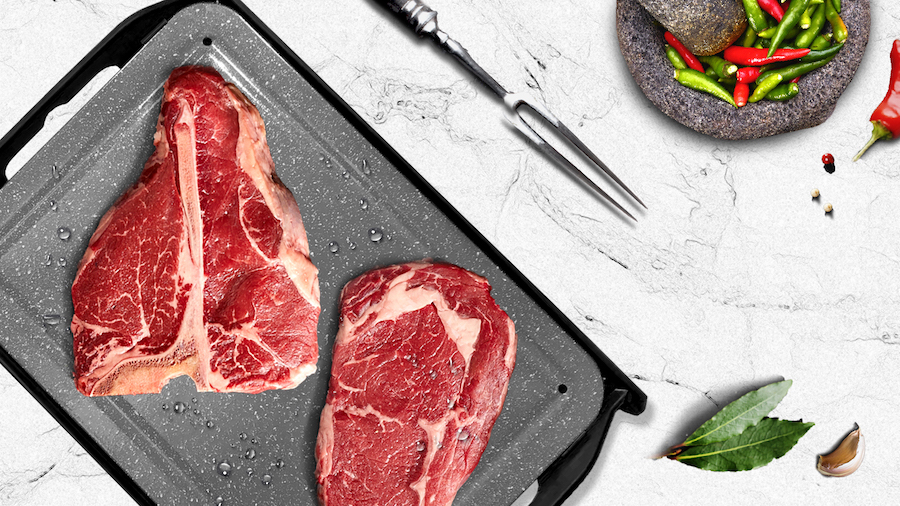 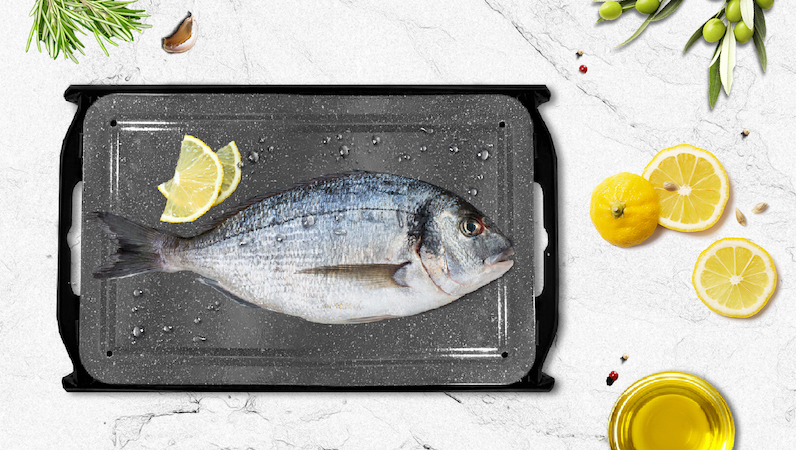 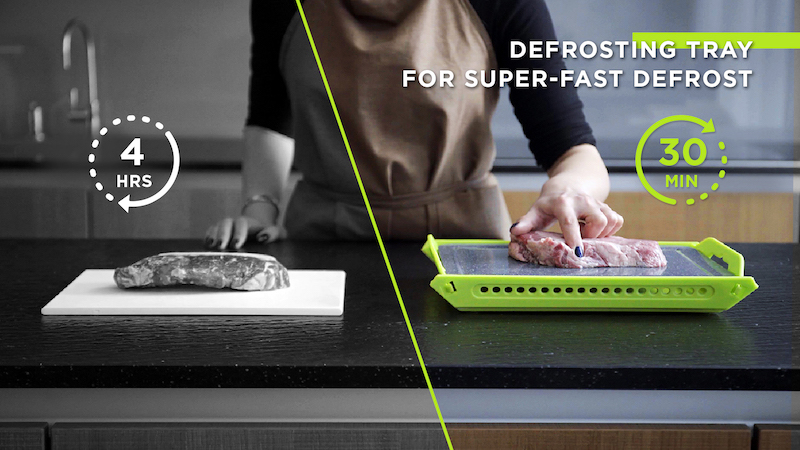 The Yeti Touch Defrosting Tray on Kickstarter is made from Aero-aluminium with an enamel coating, which is food grade material with FDA standard. The innovative design of this clever product from Yeti Touch literally pulls the “chill” away from frozen meat and, pleasingly, there’s no messy overflow to deal with after defrosting your meat. All the water produced is carefully run off and trapped in a safe, water secure tray underneath the top layer. 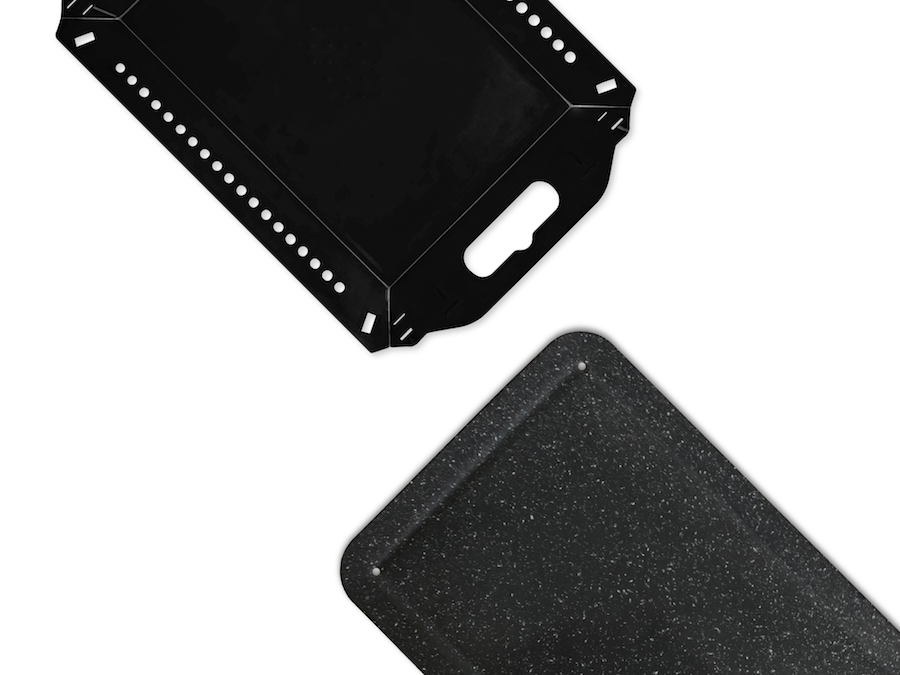 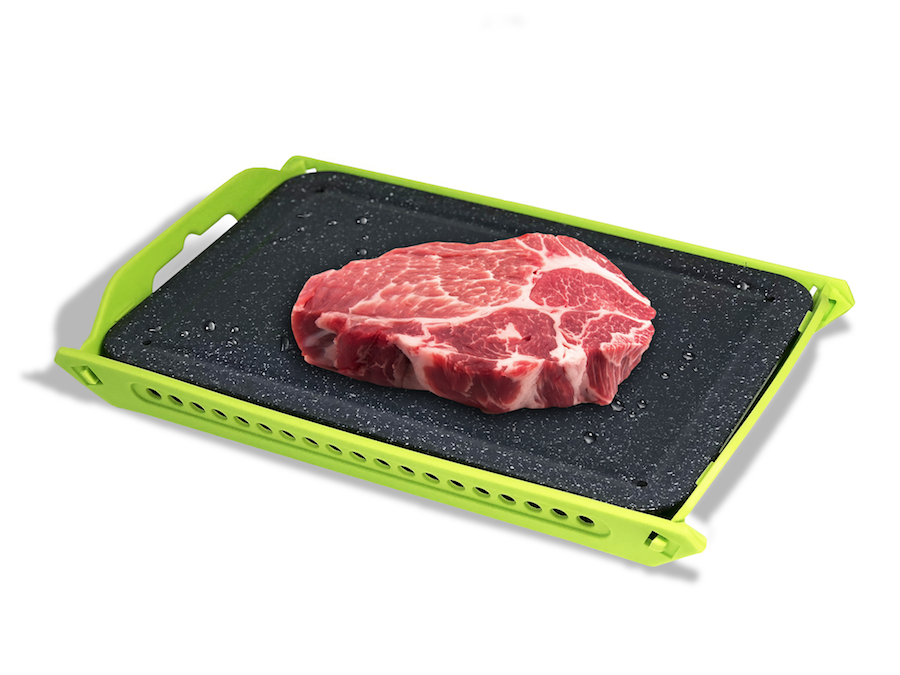 Doing away with all the guess work that most people engage in when trying to quicken up the defrosting process such as defrosting things in the microwave which actually causes more problems than it solves. When you defrost foods in the microwave, some parts may defrost while others don’t. In addition you could also get certain bits of the meats which are defrosting too close to cooking temperatures, which can be dangerous to one’s health. With the Yeti Touch Defrosting Tray you get all the speed with none of the health risks.

You don’t want a defrosting solution that is more trouble than it’s worth to operate and, thankfully, that’s not something you need to worry about with the Yeti Touch Defrosting Tray. It’s extremely straightforward and doesn’t need batteries or electricity to operate and the innovative design of the cast-molded aluminium simply pulls the cold and frost out of your food, reducing your thawing time from several hours to sometimes minutes. 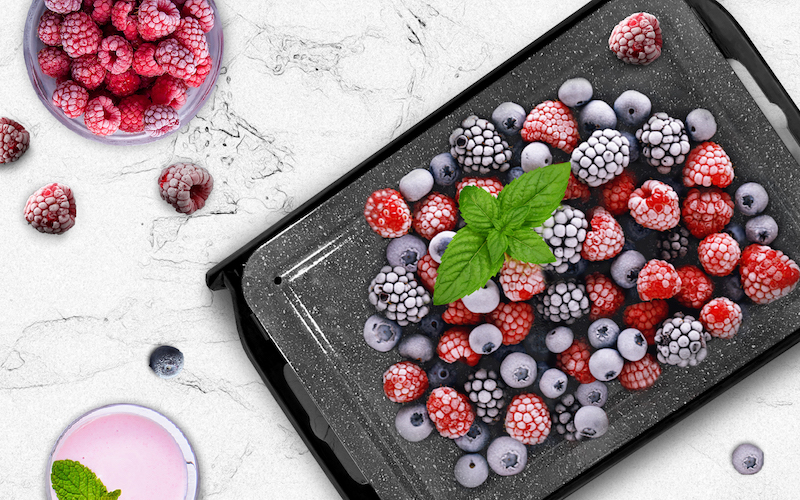 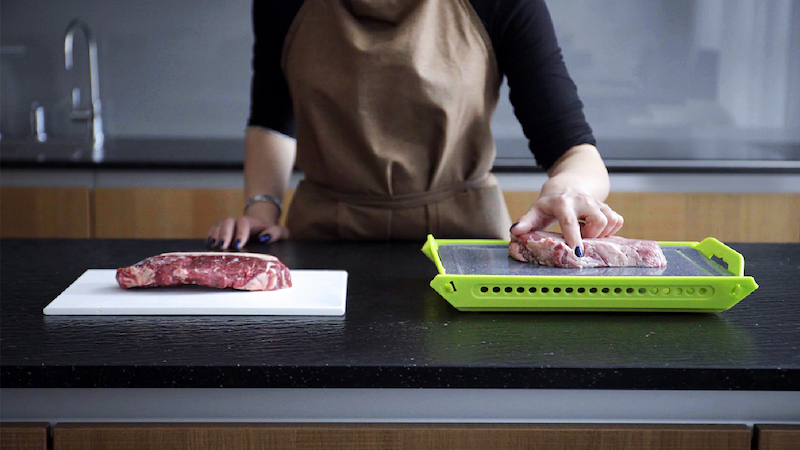 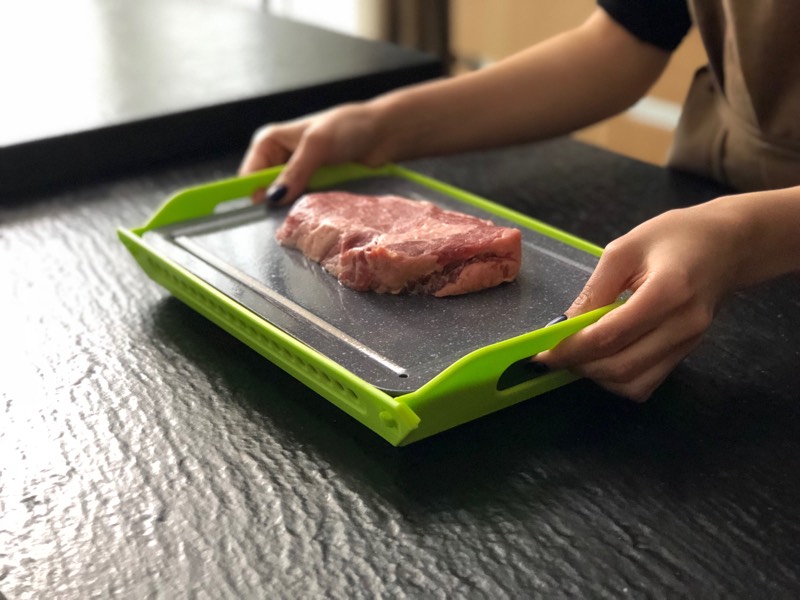 If you’ve liked what you’ve seen with the Yeti Touch and want to add this to your armoury in the kitchen, you’ve still get plenty of time to throw your support behind the project on Kickstarter. A simple but brutally effective means of defrosting frozen meats, this clever bit of kit should definitely be taking up residence in any regular (and forgetful) cook because it will mean no more last minute panics when you’ve forgotten to defrost something. Can be yours for a bargain price of just $34 during the Kickstarter campaign.

Written By
Leo Davie
More from Leo Davie
When on the go, wireless technology is a real godsend in terms...
Read More