Given that we spend a good two thirds of our day watching videos of cats and their general nefariousness on Reddit, we were delighted to stumble across a peculiar delight during our daily trawling of Kickstarter and said delight is a card game that goes by the name of Exploding Kittens which is the brainchild of a trio of creative talents – namely, Matthew Inman (of The Oatmeal), Elan Lee (of XBOX) and Shane Small (of XBOX and Marvel) and the end result is an uproariously hilarious looking card game that we well and truly anticipate playing extensively here at Coolector HQ.

As with most card games, Exploding Kittens is ostensibly a game of strategy whereby you draw cards against your opponents until one player draws a kitten which, of course, results in an untimely demise and expulsion from the game unless you happen to have the right cards in your possession. Confused? Us too but the video below should shed some light on how one would emerge victorious from an impromptu game of Exploding Kittens:

If that has still left you scratching your head then you’re probably not alone but, truth be told, you’re probably itching to play Exploding Kittens as we are at The Coolector. The popularity of this Kickstarter project has been nothing short of extraordinary (it was 100% funded in 20 minutes and has now raked in over $1.5m in support) and the beauty of the game is in the madcap nature of the cards which includes the likes of Bear-O-Dactyl, Pig-A-Corn and TacoCat and though we’re not overly sure how to play Exploding Kittens we definitely know that we want to. Check out a few more shots below: 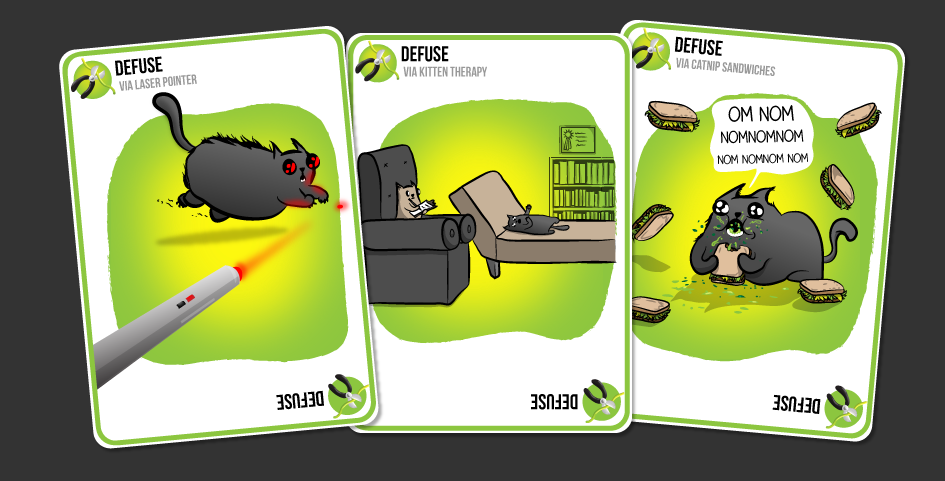 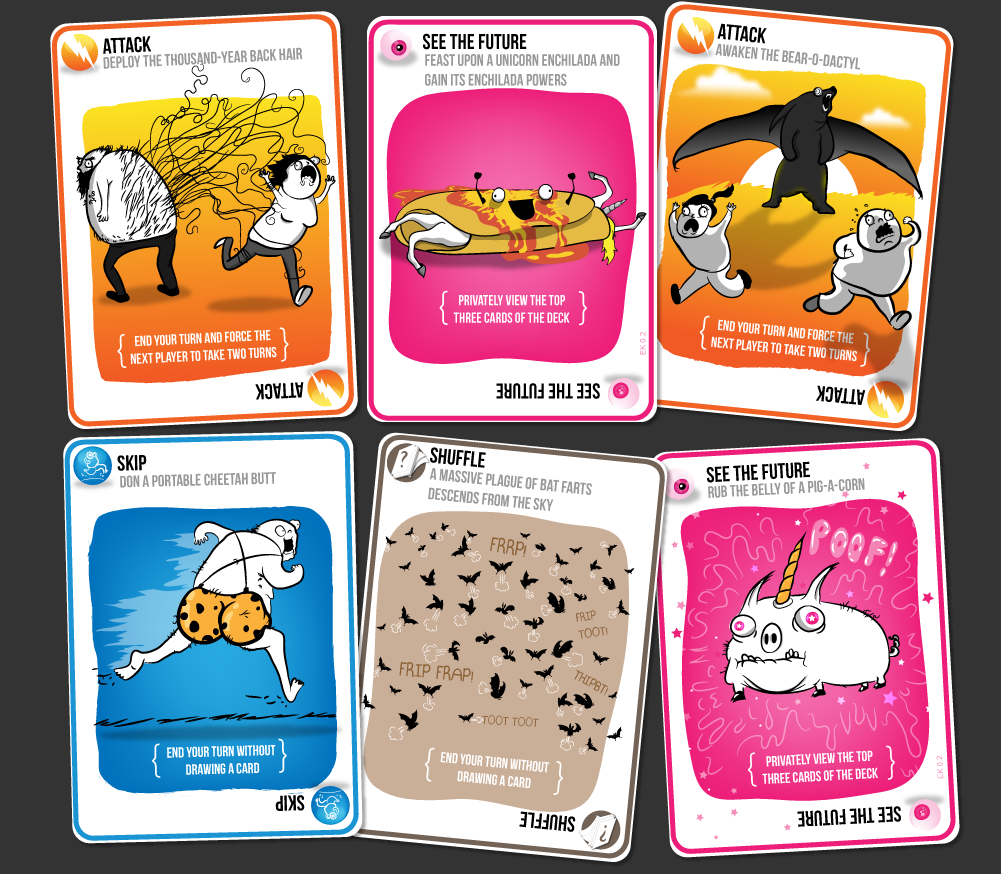 We dare say that the Exploding Kittens game has been so wildly popular due to the high-profile creative talents behind it but this doesn’t detract from the fact the game looks to be card playing madness at its finest and we’d definitely be on board for a few drunken games of Exploding Kittens alongside some delicious craft ales.