British watchmakers, Farer, have long been on our radar here at The Coolector so we always sit up and take notice when they release a new series of timepieces, particularly when they’re as aesthetically pleasing and accomplished as these Chronograph Split-Second Flyback Watches which are dripping in retro style and boast a performance beyond compare for the price-point for which they’re being sold.

The Farer Chronograph Split-Second Flyback Watches come in two different versions – namely the Ainsdale and the Pendine – and both are available for the mighty reasonable price tag of just $625 which, considering what’s on offer, is hard to believe. These cracking timepieces from one of our favourite watchmakers here at Coolector HQ come with your choice of strap and either a gloss ink blue or heritage white dial.

Boasting a triple pusher case, the Fare Chronograph Split Second Flyback Watches are built around the Farer classic 39.5mm diameter 316L high grade stainless steel case, at 11mm depth and 20mm lugs. These exemplary timepieces have been designed to hold three chronograph button pushers set at positions 2, 4 and 10 for split-second timing with the Farer solid bronze tapered crown. The sapphire box case crystal is held by a highly polished rim onto a brushed case, and this is wonderfully finished off with a polished back featuring a Farer engraved turbine design and each watch has been individually numbered. 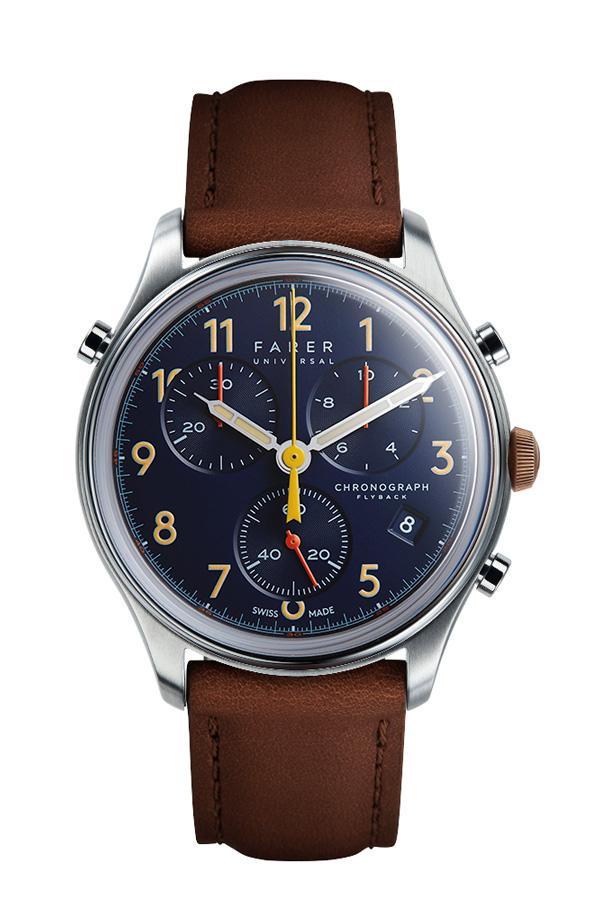 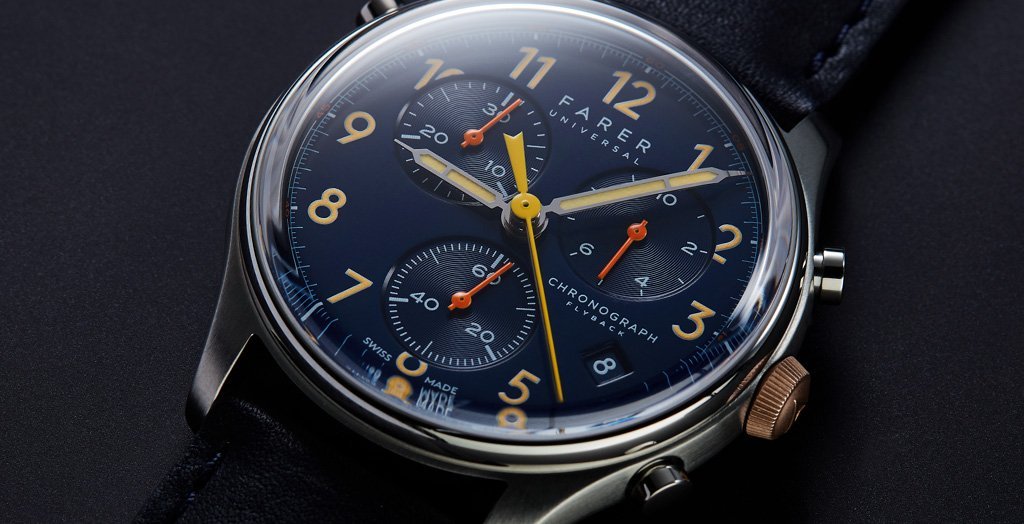 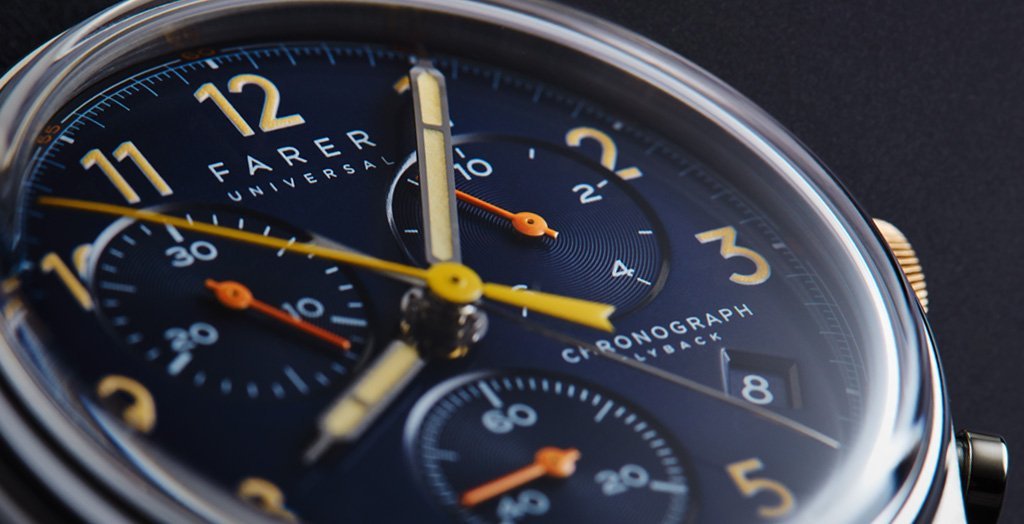 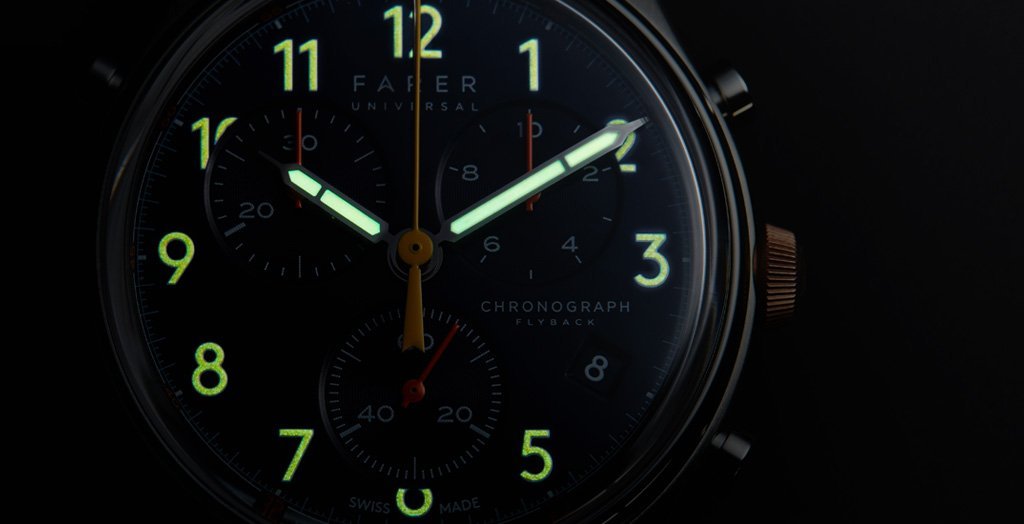 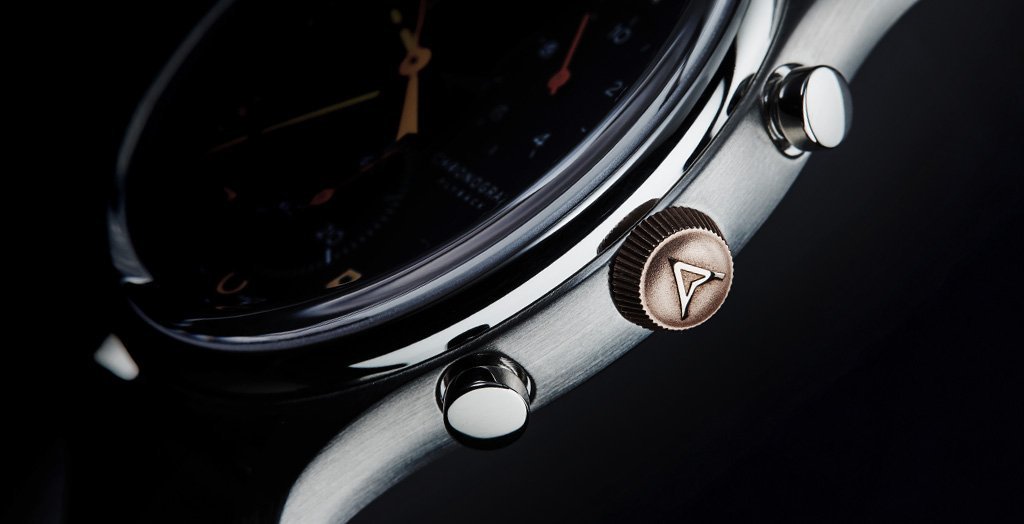 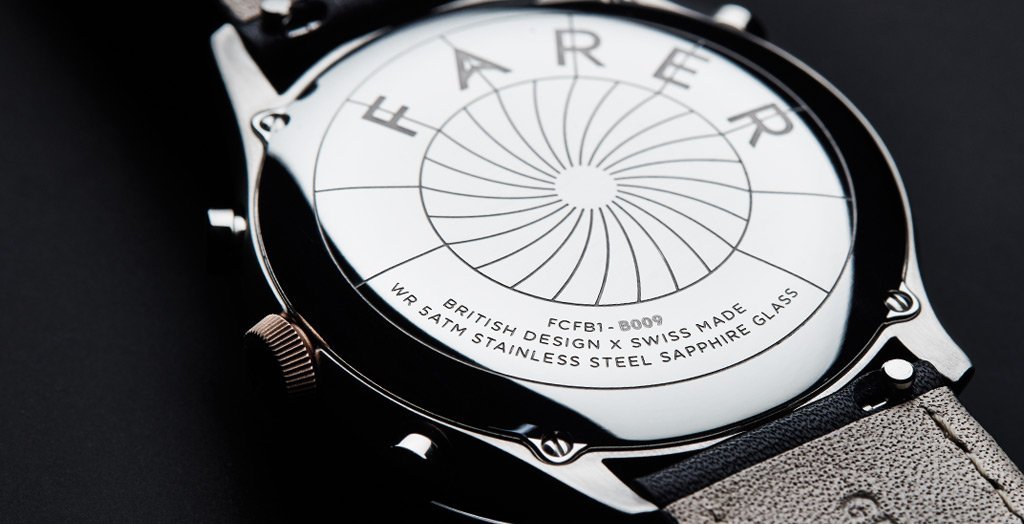 The Farer Chronograph Split-Second Flyback Watches use PowerDrive technology which controls the running of the chronograph motors, and can increase the hand movement speed to more than 200 Hz (i.e. 200 hand jumps per second in either direction of rotation). This technology enhances the hand movement control significantly and, in doing so, makes for a highly dynamic looking display on the watch face. The movement used in these timepieces is both rapid to use and highly reactive – which is crucial for split-second timing. 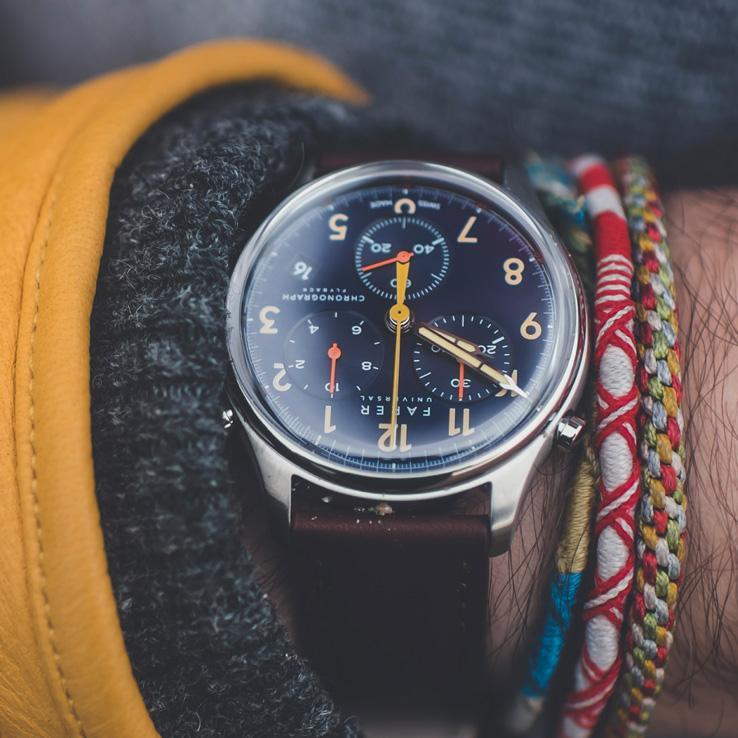 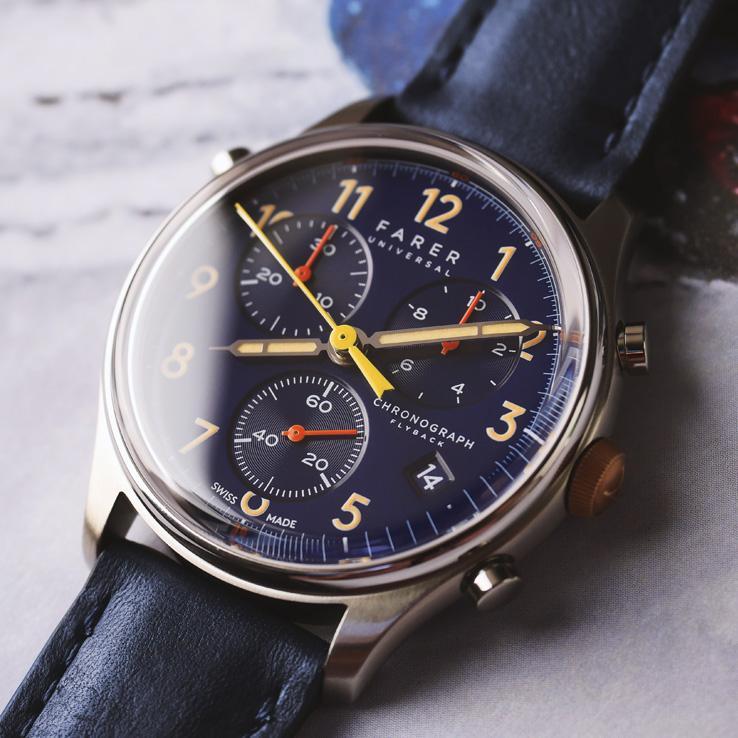 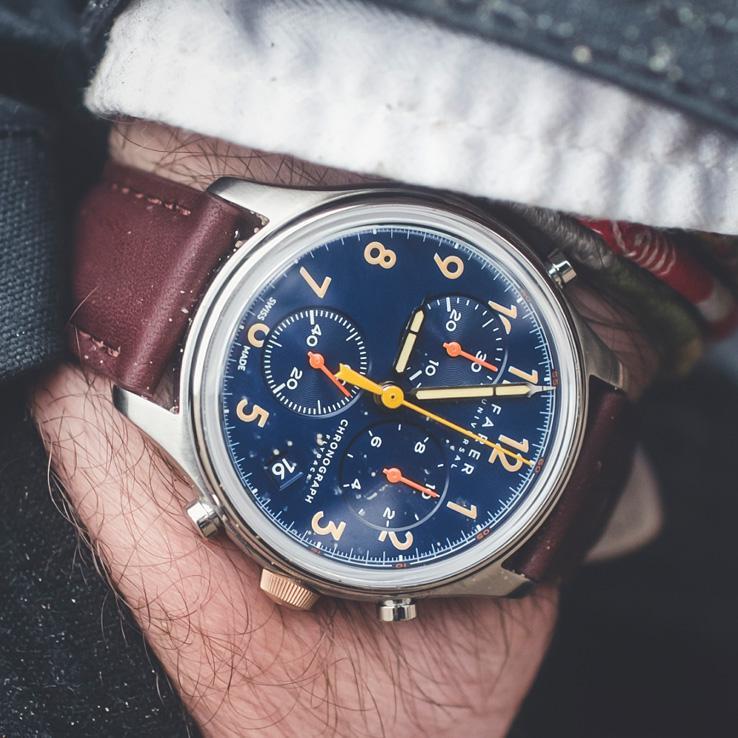 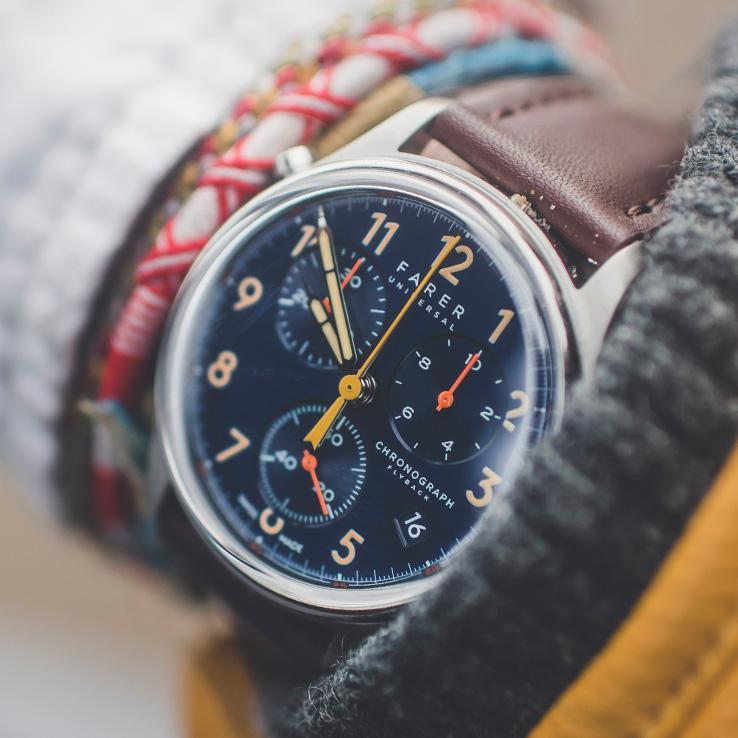 It is the flyback chronograph complication that really makes these timepieces stand out for Farer and this allows you to use the reset function without the need to first stop the chronograph. When the flyback button is pressed, the second hand flies back to zero and instantly starts counting again. This isn’t the case in most regular chronographs where you’ll typically need to stop, reset, and restart the chronograph if you want to quickly time an event after you have started the chronograph. This type of feature is typically synonymous with pilots and motor racing where speed, response and time itself is of the essence. 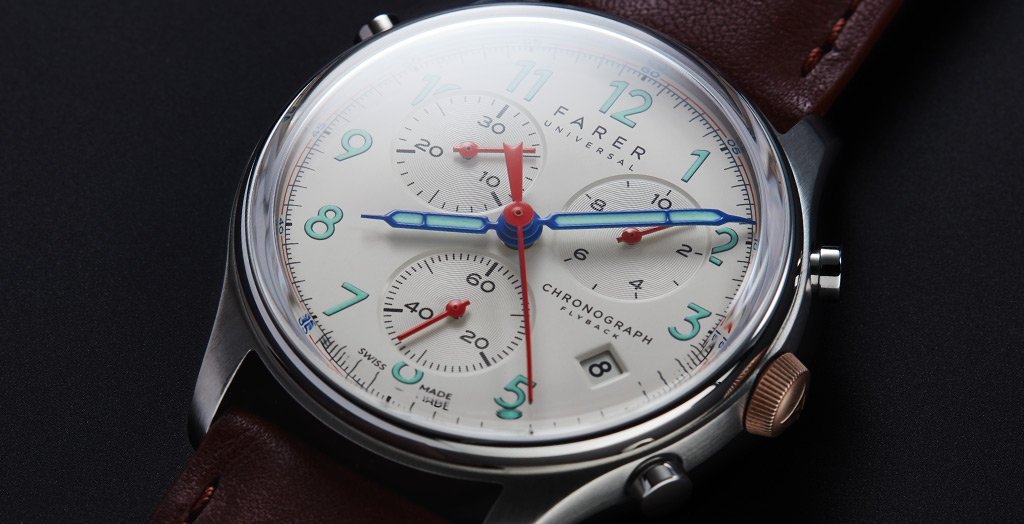 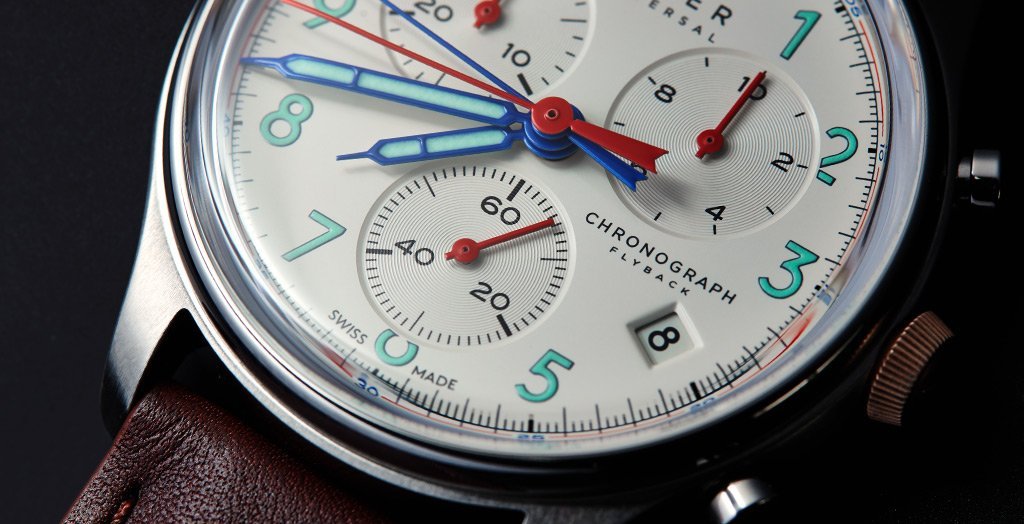 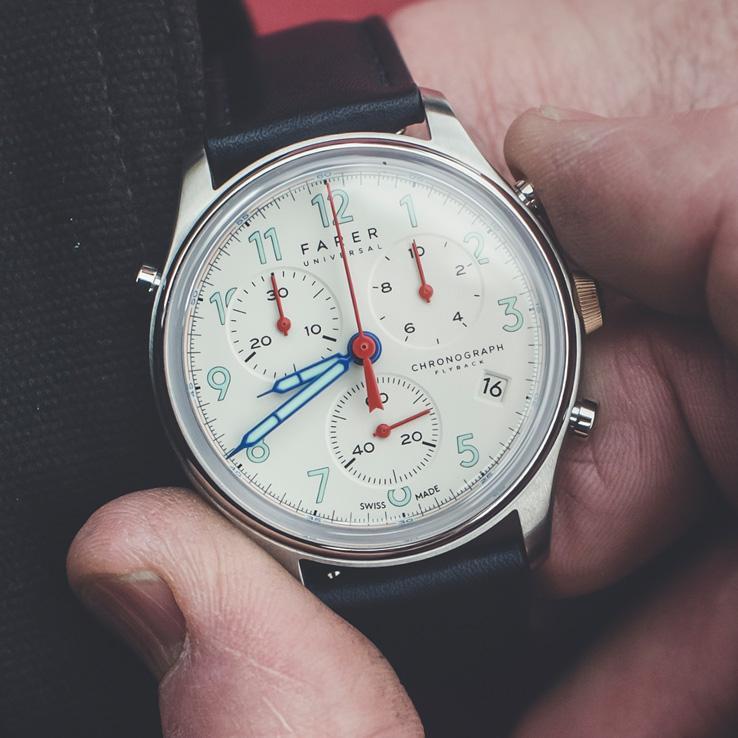 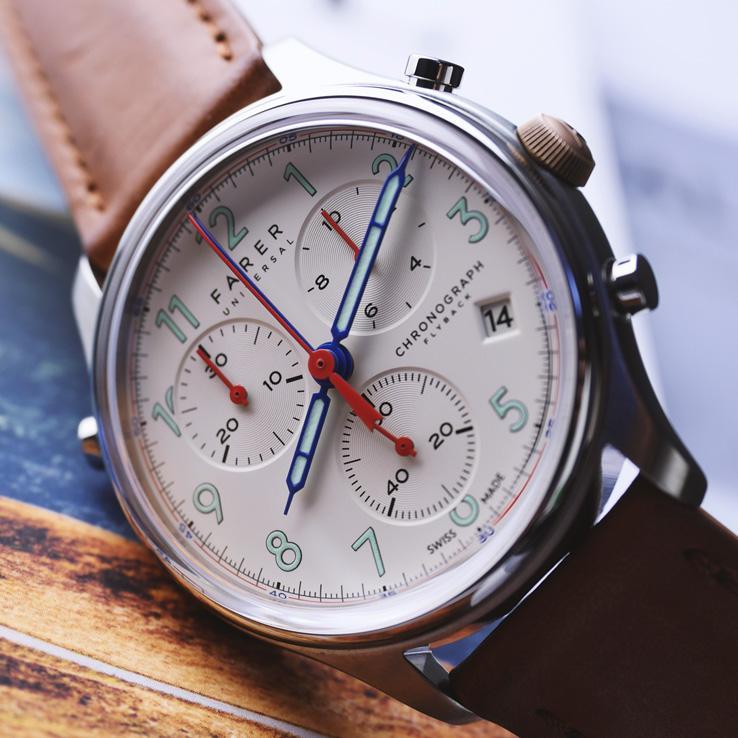 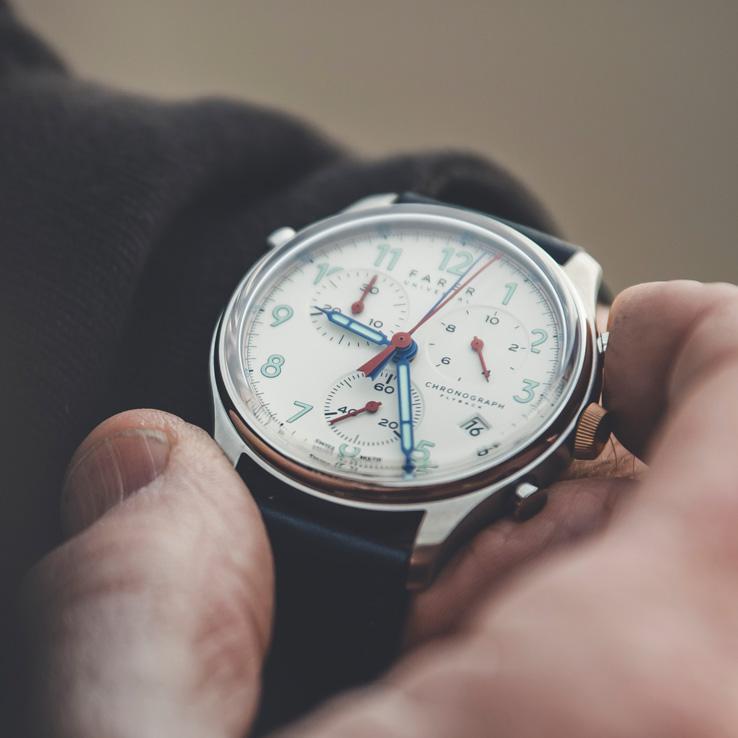 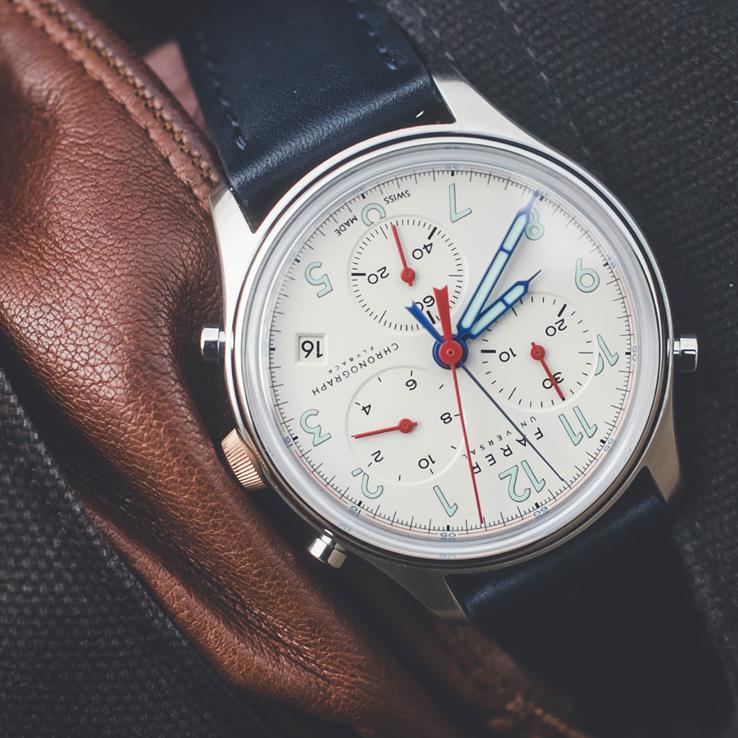 The Ainsdale version of these chronograph watches from Farer is named after Ainsdale beach in England. This was the location on 16th March 1926, where racing legend Sir Henry Segrave managed to break the world land speed record while driving Ladybird, a 4-litre Sunbeam Tiger car, and reached a top speed of some 152.33 miles per hour (245.15 km/h). Both these exemplary timepieces are a steal at $625 and we’re definitely looking to get our hands on one here at The Coolector.