We’ve seen a lot of houses with sea views here on the pages of The Coolector but not many that have been specifically designed to frame said views but that’s exactly what Nomo Studio have done with the breathtaking Frame House, which is located on the Spanish island of Menorca and has some of the most mesmerising views imaginable. The layout of the house and its exterior have been purpose built to frame the expansive sea views that lay beyond the property’s edge. 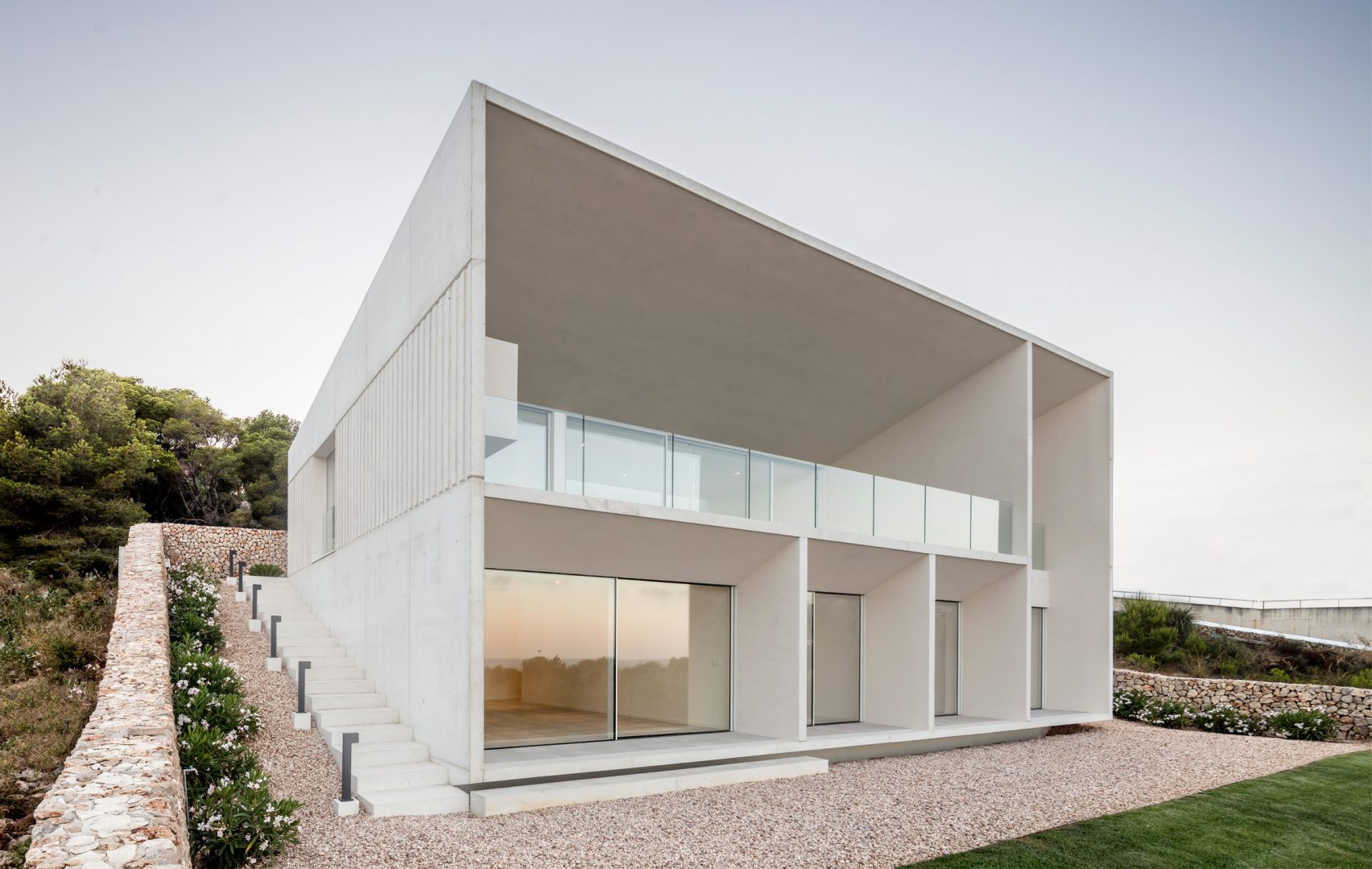 The Frame House from Nomo Studio has large openings all along the front of the property which are designed with the purpose of truly making the most of the stunning sea views. This glorious piece of architecture on one of Spain’s most appealing islands, Menorca, is designed as a summer home for a family and occupies a steeply sloping site in the resort of Coves Noves on the island’s northeast coast.

Menorca boasts a great climate to operate as a summer home and Frame House from Nomo Studio ensures that the owners are always afforded amazing views of the sea that surrounds their property. The house’s position and arrangement are decided largely by the plot’s sloping topography, as well as by local building regulations and, perhaps most importantly, to ensure that a neighbouring property isn’t getting in the way of those views. Located on the upper portion of the site , Frame House’s main living areas are situated on the first floor to make they boast the best views out towards the Mediterranean Sea. 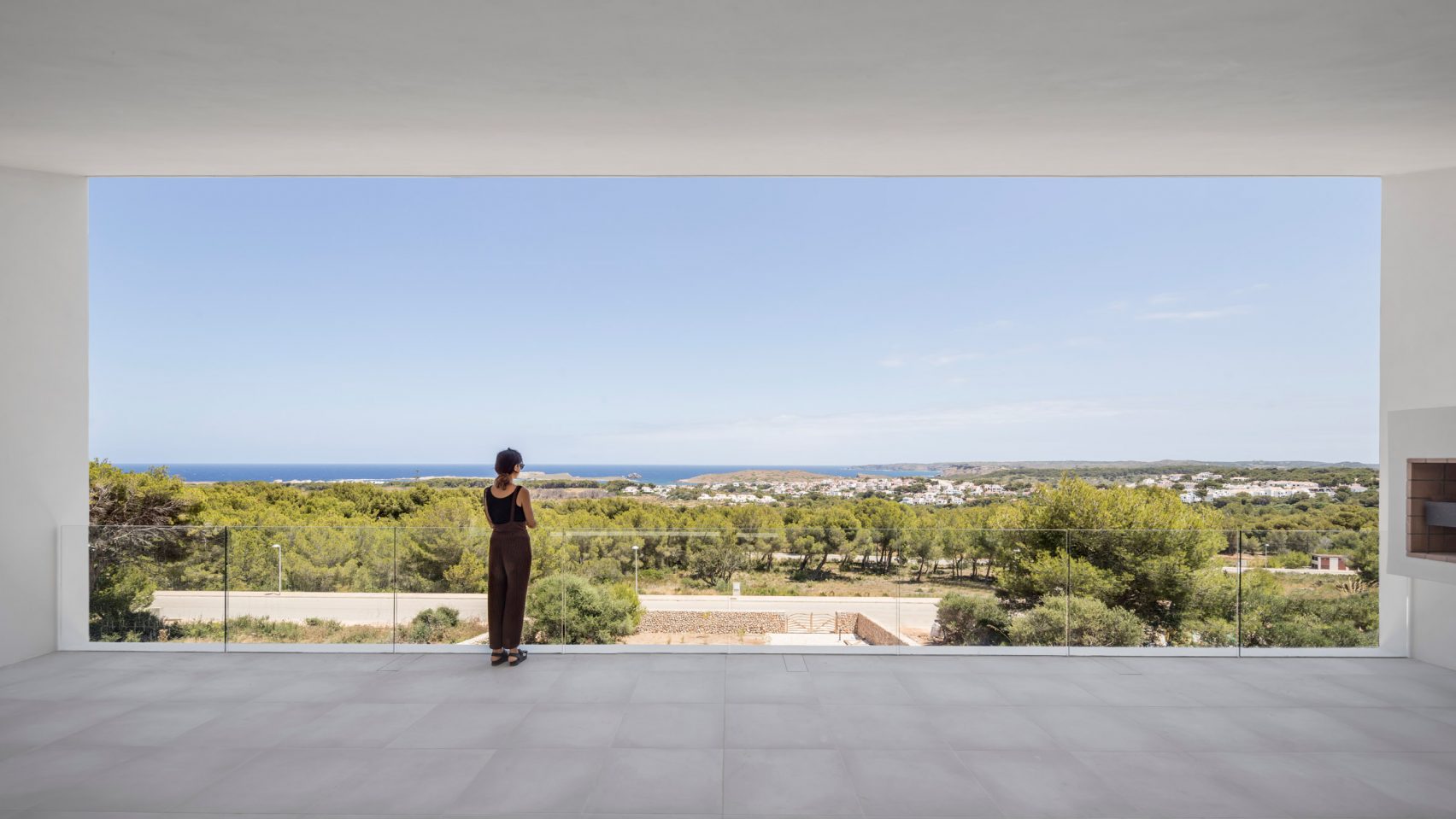 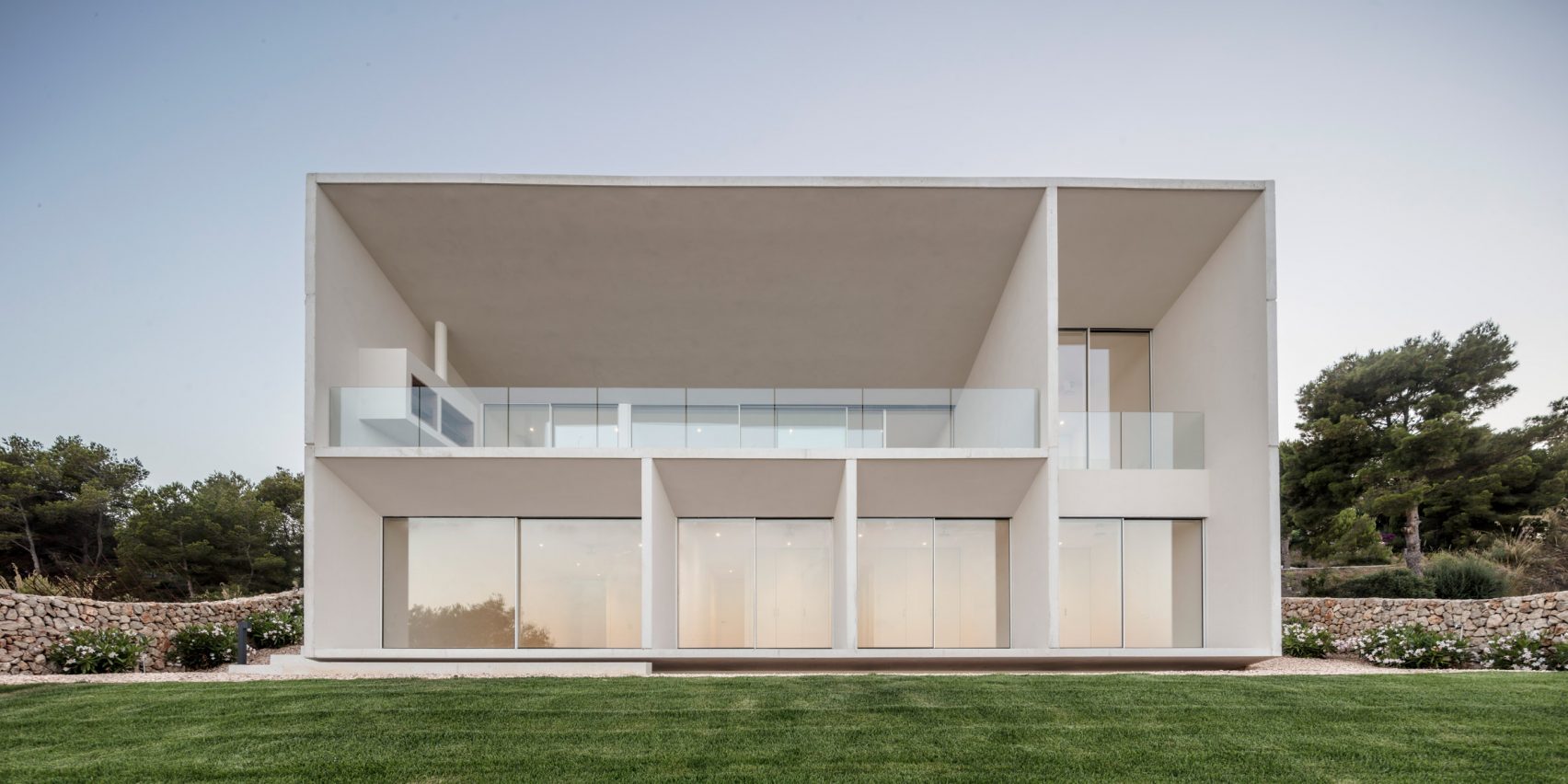 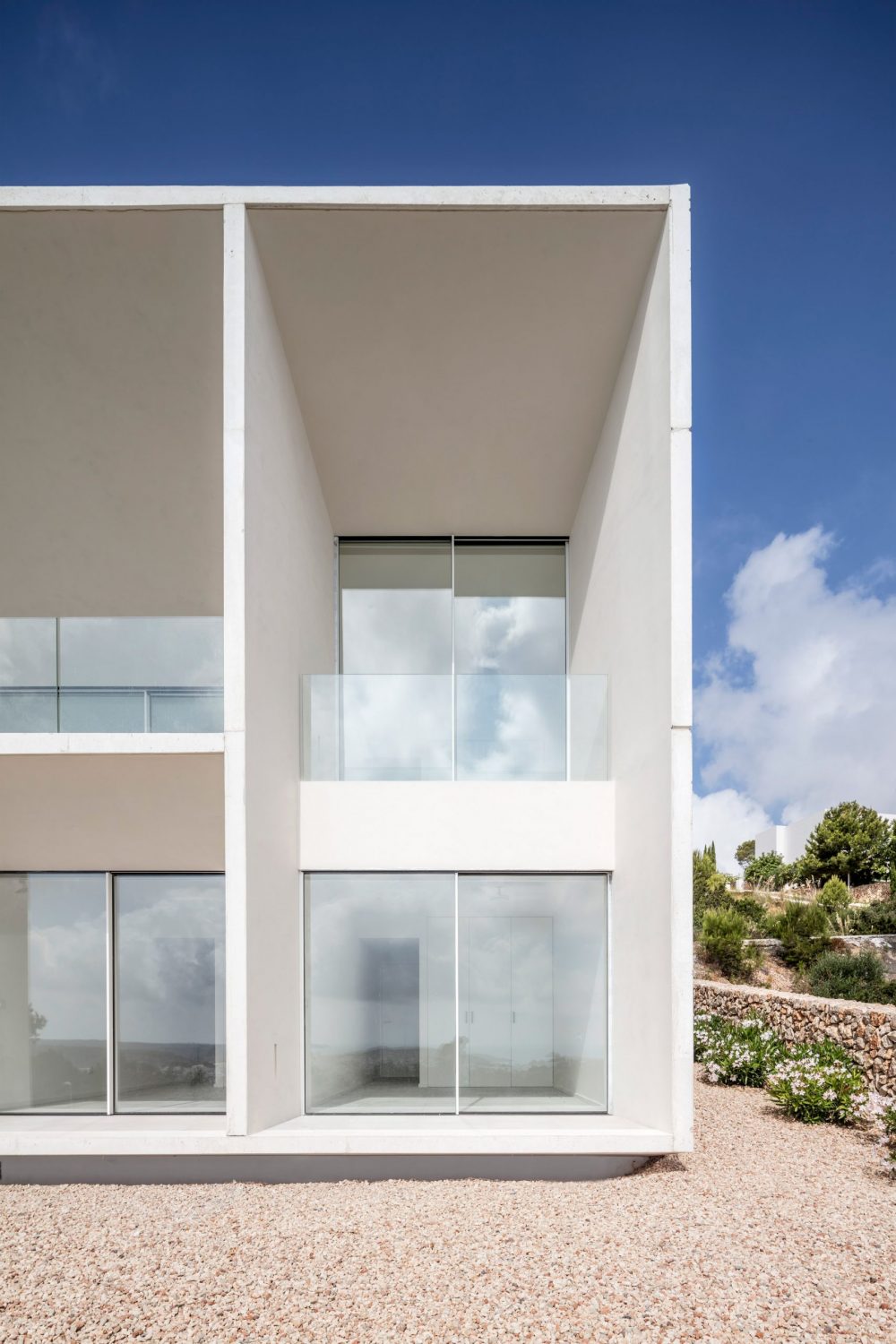 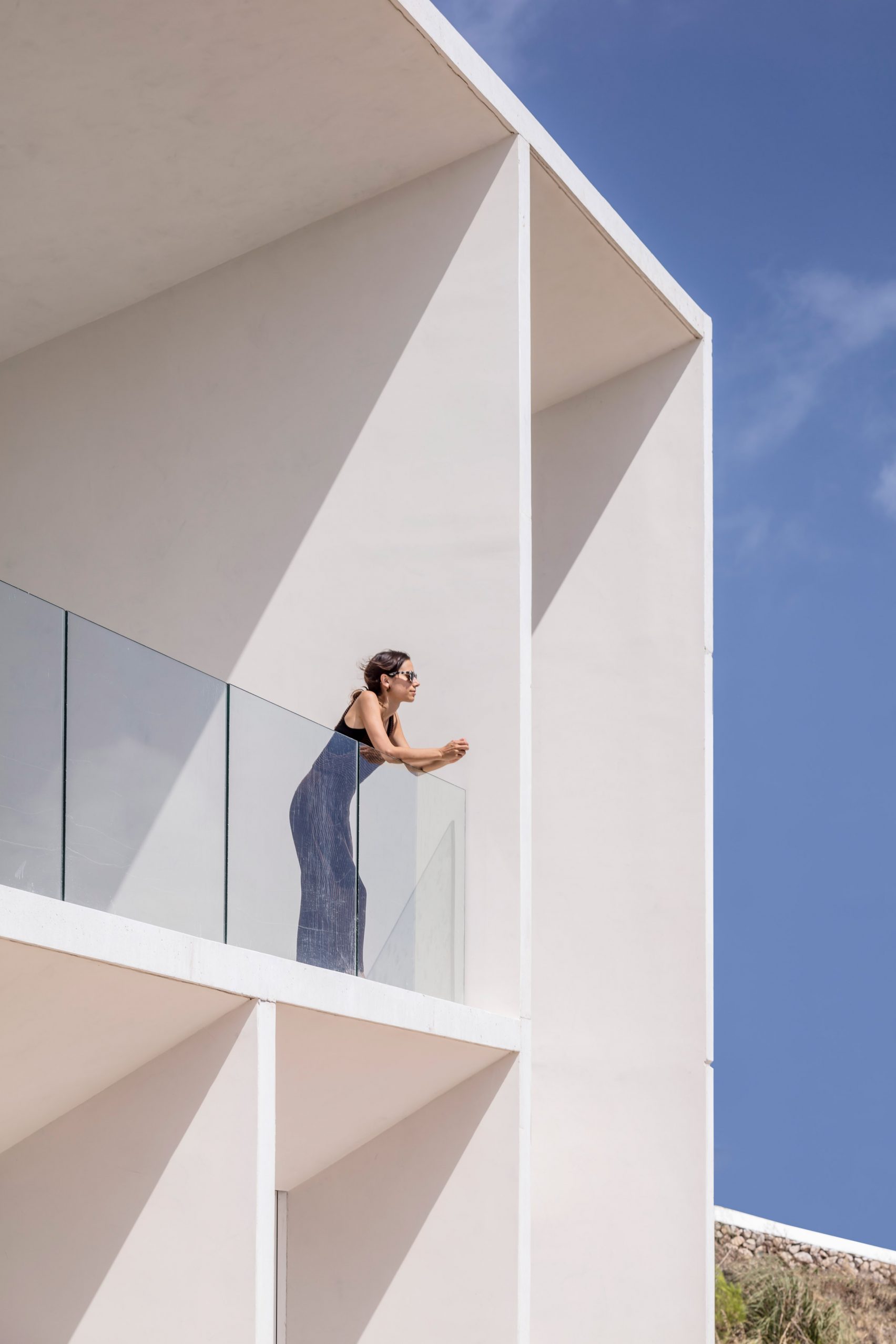 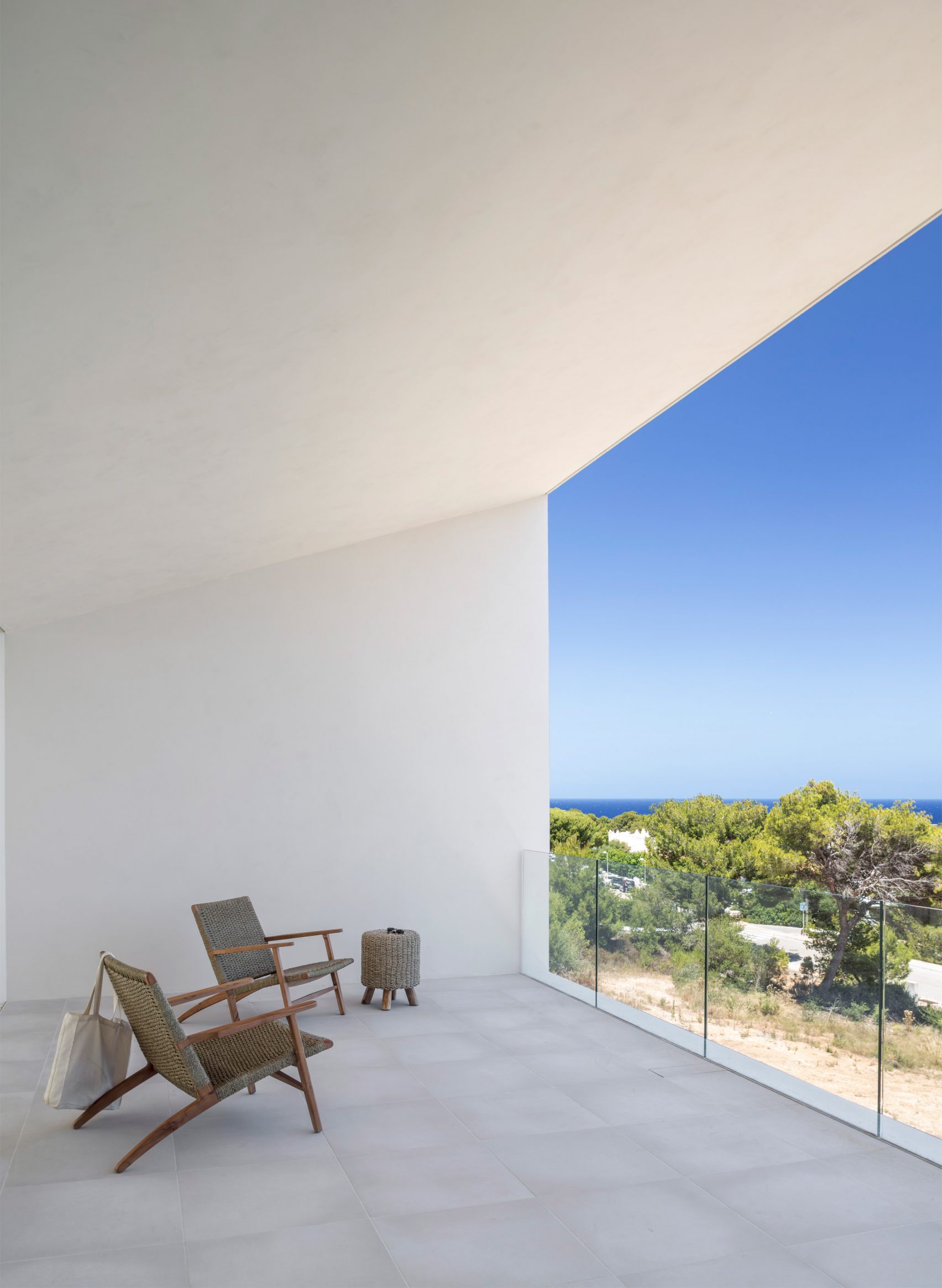 The Frame House from Nomo Studio is highly minimalistic in its aesthetic which fits in admirably with its surroundings and the master bedroom is accommodated on the same level as the living spaces, with the rest of the bedrooms to be found on the ground floor, along with a appealing lounge area for entertaining and relaxing. The choice to position the master bedroom on the first floor means this level can essentially act like a self-contained loft apartment that is simple to maintain if the owners want to visit for a short amount of time. 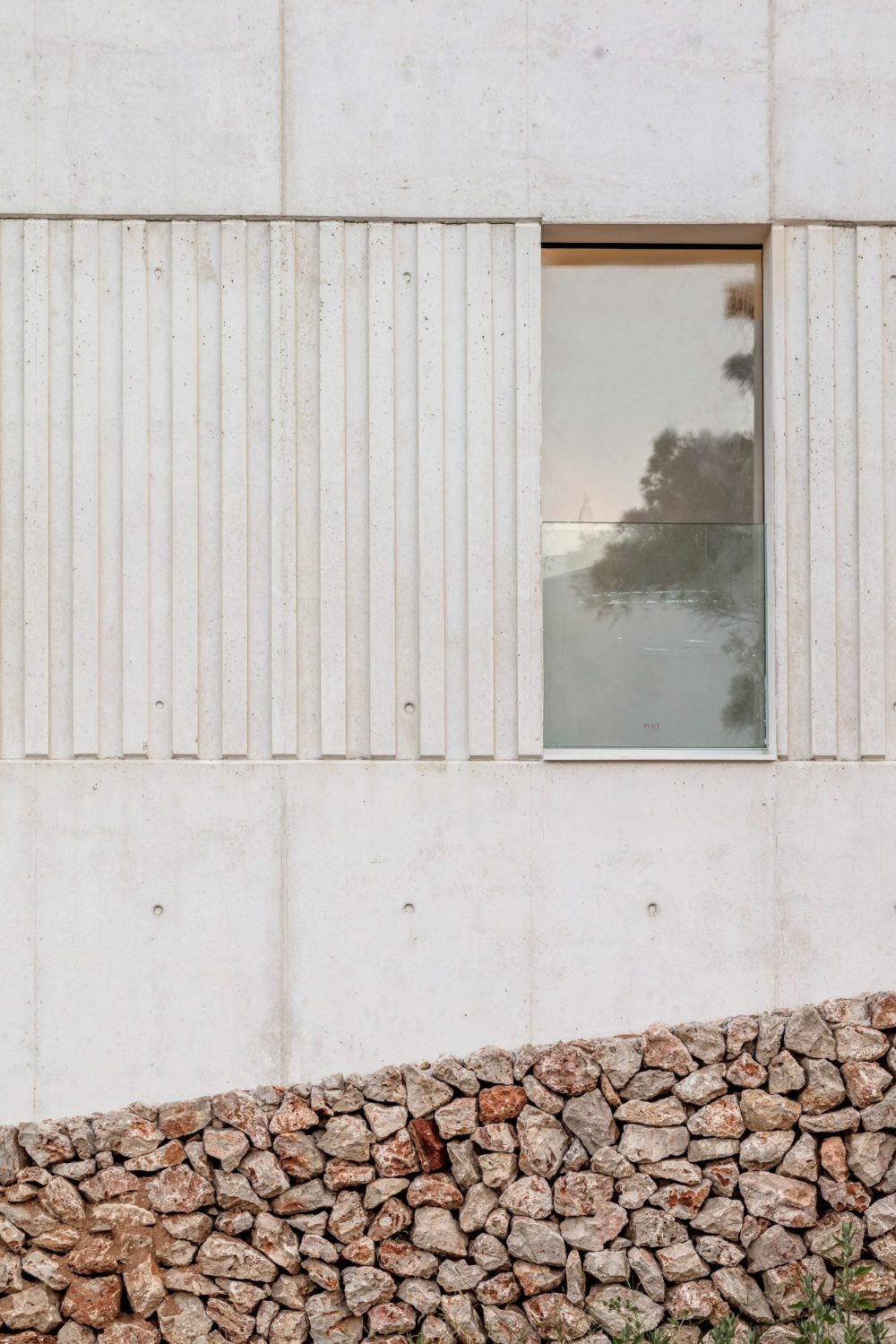 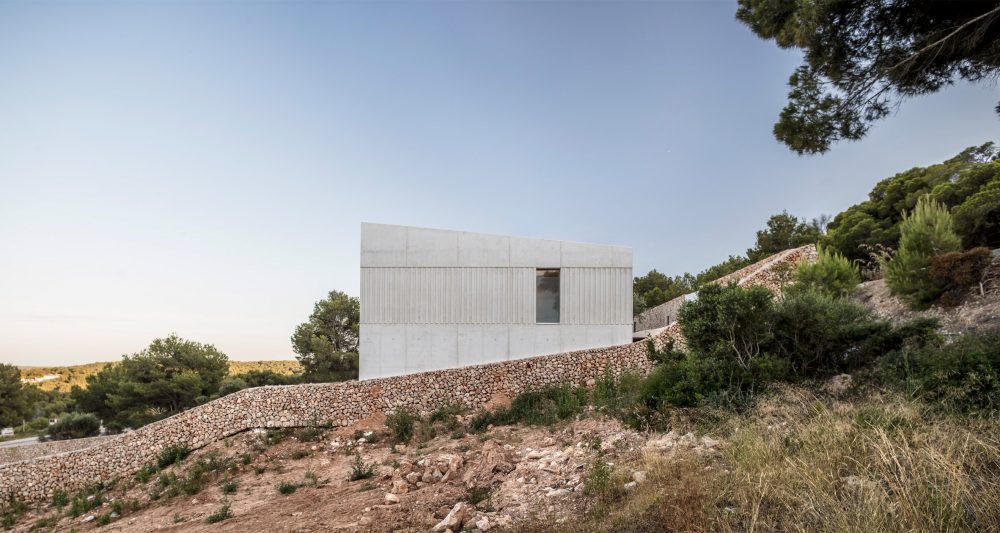 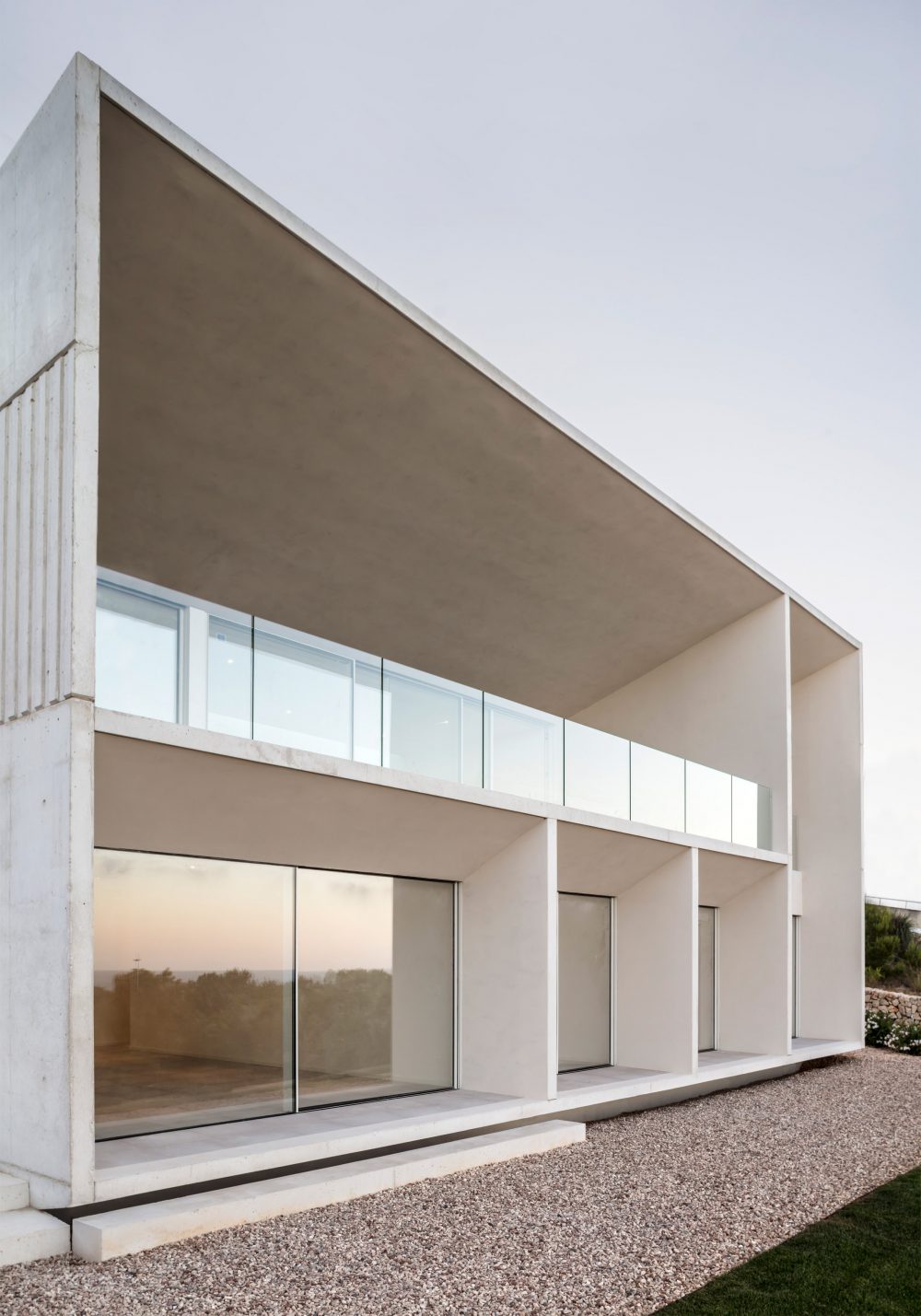 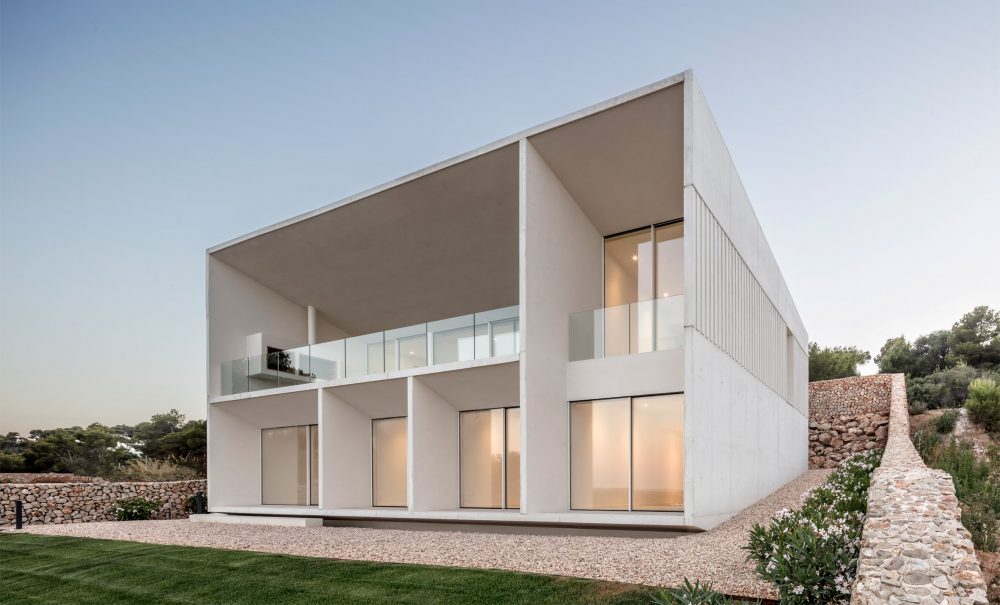 With the lower level acting like an extension that can be occupied when the couple’s children or guests come to stay, there is a highly versatile design to the Frame House and one that has been built around the spectacular views of the Mediterranean Sea. The property’s simple, understated geometric form is made from concrete, which was cast in-situ to create a durable, uncompromising visual impact that maintains a sense of privacy when the house is viewed from most angles.

The roof of Frame House is crafted from prefabricated hollow-core slabs which are more often used for industrial building projects and this material was chosen because it allowed for the creation of an 11-metre column-free span that makes sure there are no interruptions to the views as this was the most important factor to the owners. One of the prefabricated concrete elements was taken out to make space for a large frameless skylight which lets daylight reach the otherwise windowless spaces to the rear of the living areas. 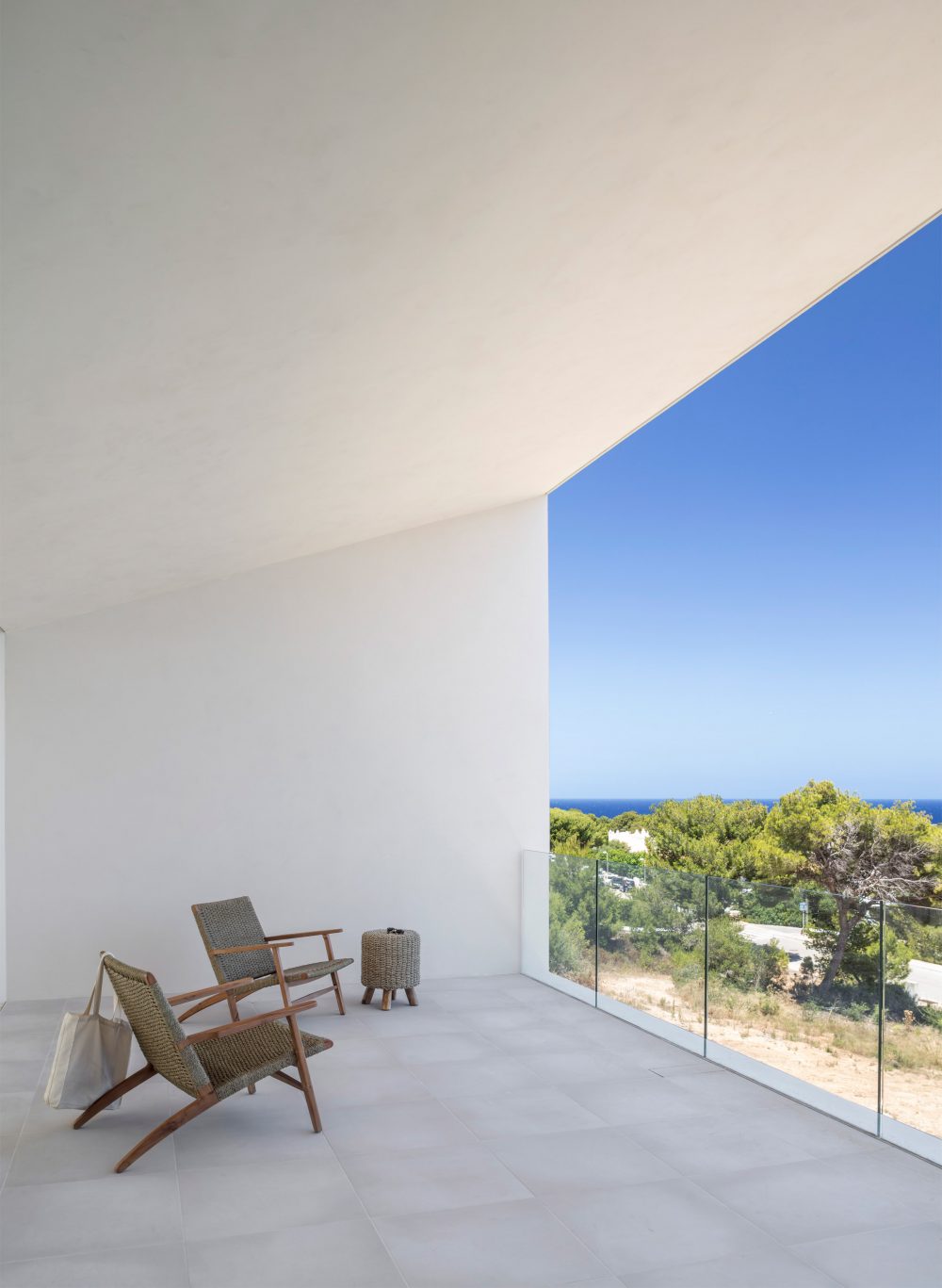 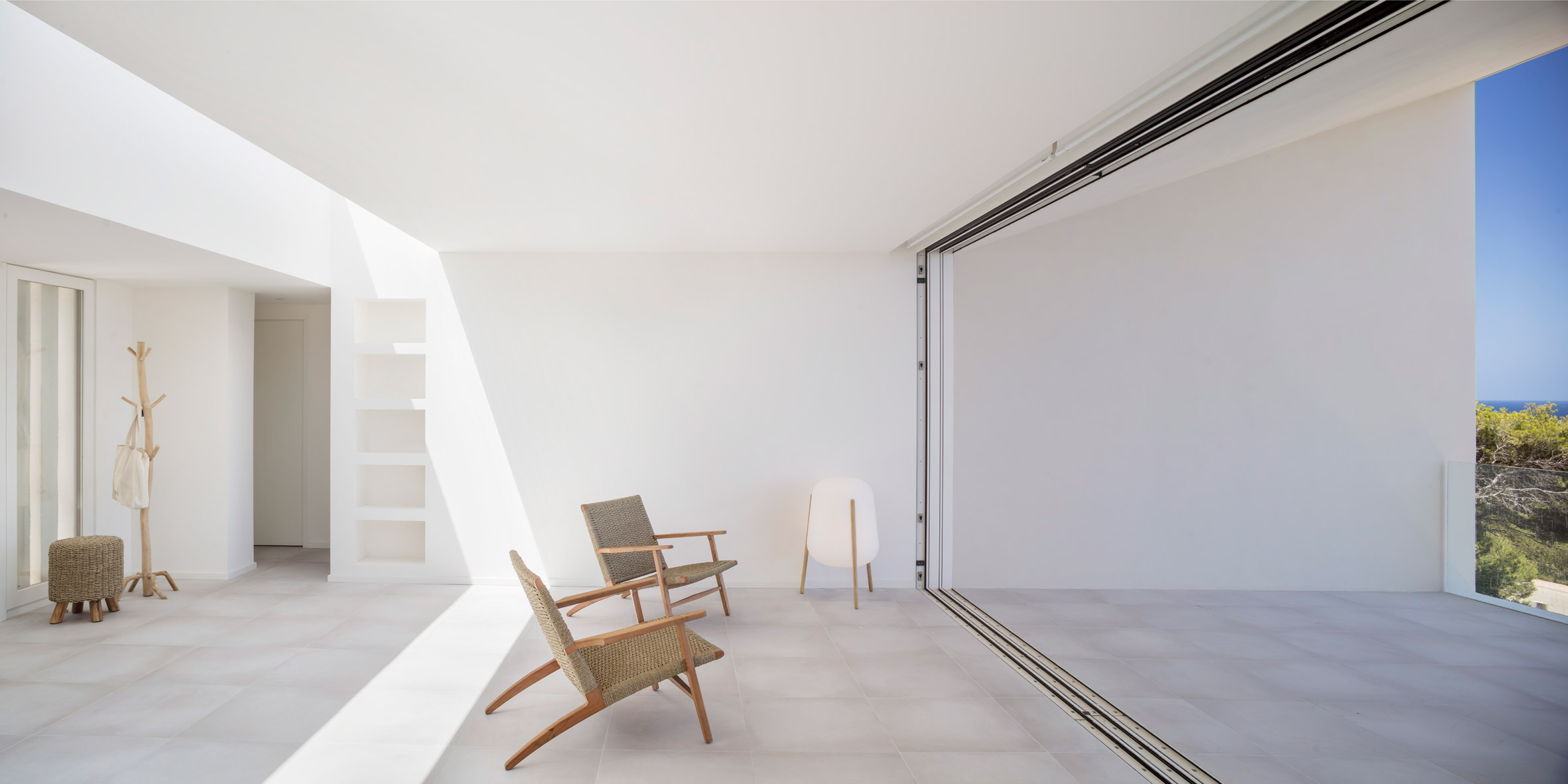 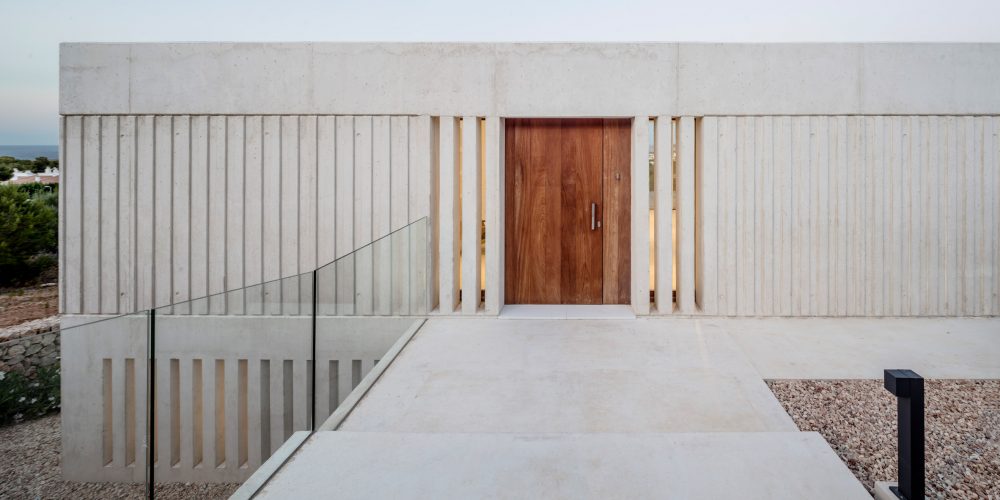 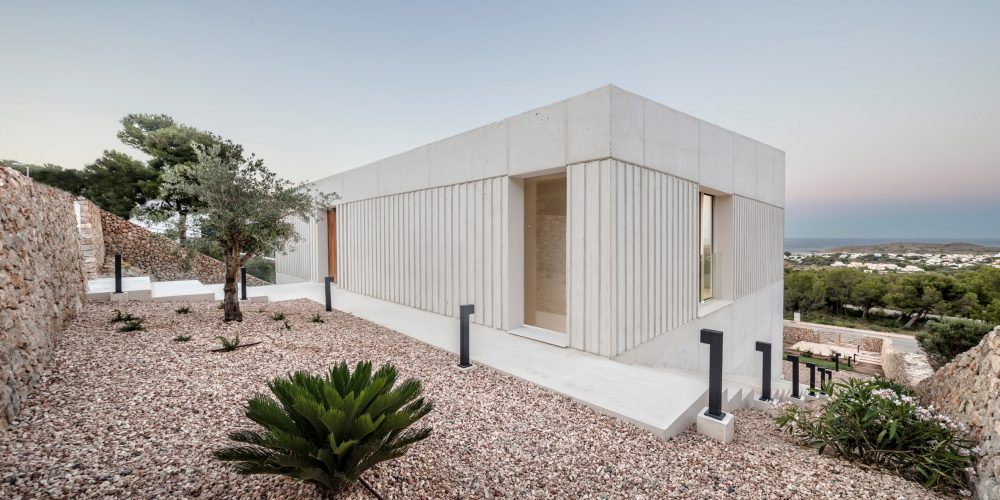 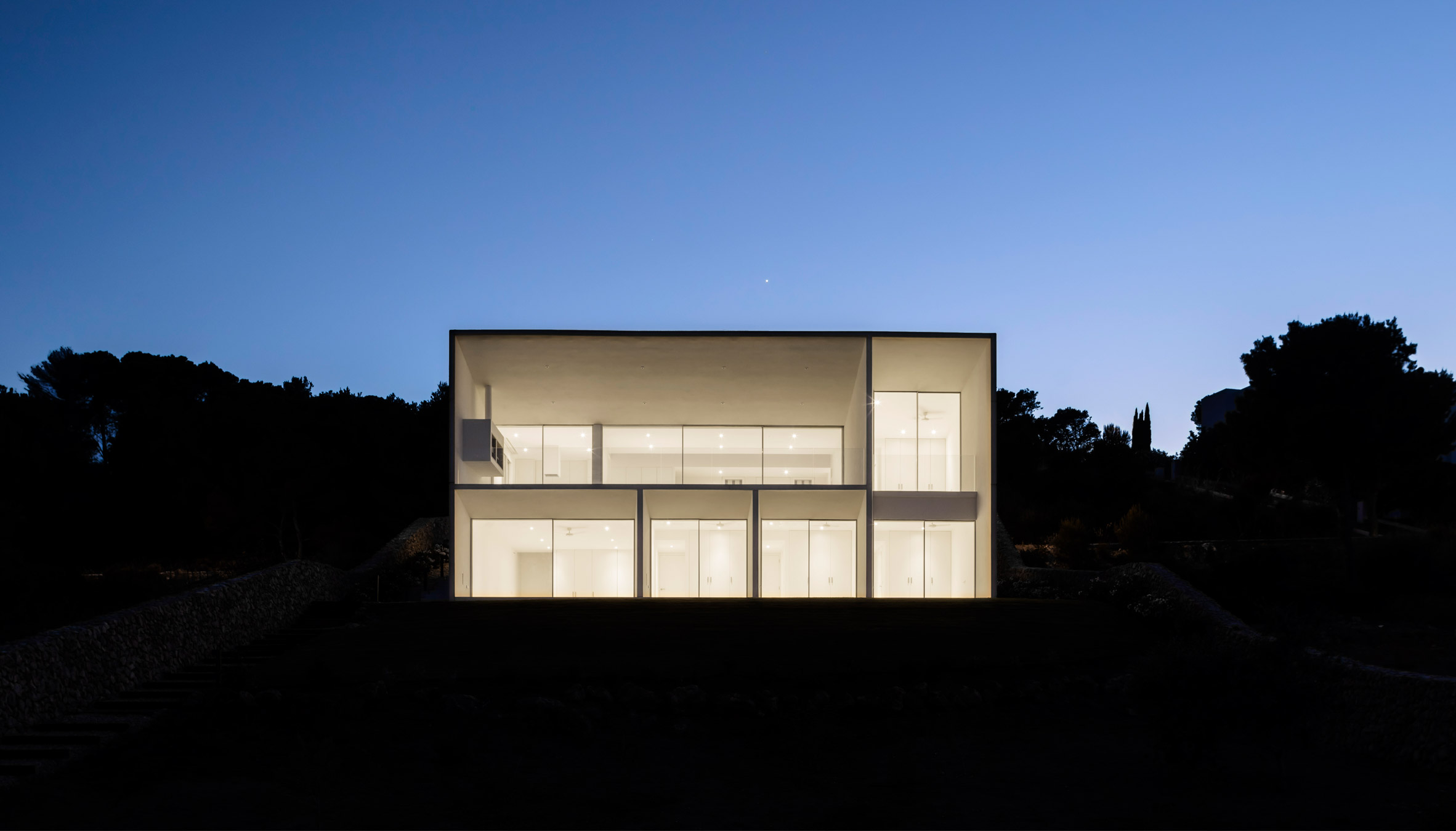 We’re big fans of architecture that is simplistic in nature but striking in execution and the brilliant looking Frame House from Nomo Studio certainly falls into that bracket. With unparalleled sea views and marvellously minimalistic interior design endeavours, there’s an awful lot to like about this property and we can’t wait to see what the Barcelona based architects come up with next here at Coolector HQ.

Written By
Leo Davie
More from Leo Davie
If you’re a regular sofa dweller but never want to be too...
Read More