Norton is a motorcycle company that has a history stretching back all the way back to the early 1900s. The company’s bikes have soul in a way that few other motorcycles do. In the world of Norton motorcycles, there’s one bike that speaks to more riders than any other, the 850 Commando. Custom bike builder Federal Moto managed to take a 1974 Norton 850 Commando and make it even more of an alluring machine. 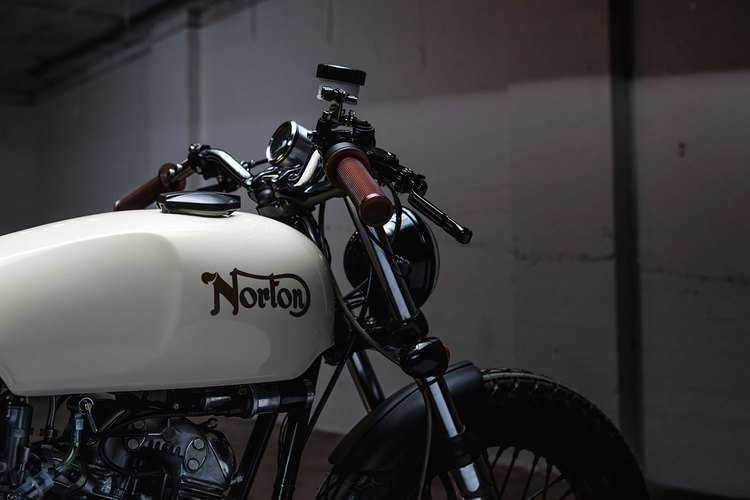 Federal Moto is a Chicago-based shop that produces beautiful custom motorcycles. The team there does everything from creating the concept of a bike to designing it, engineering it and fabricating it. The 850 Commando that became The Ace is one of its coolest creations yet.

The guys from Federal Moto rescued the Norton 850 Commando that would become The Ace from a farm in Rimbey, Alberta. The bike was a definite barn find and in need of some love, but Federal’s team didn’t just want to restore the bike, they wanted to improve it. This is no easy task, because Norton motorcycles, especially Commandos are well loved as stock bikes. 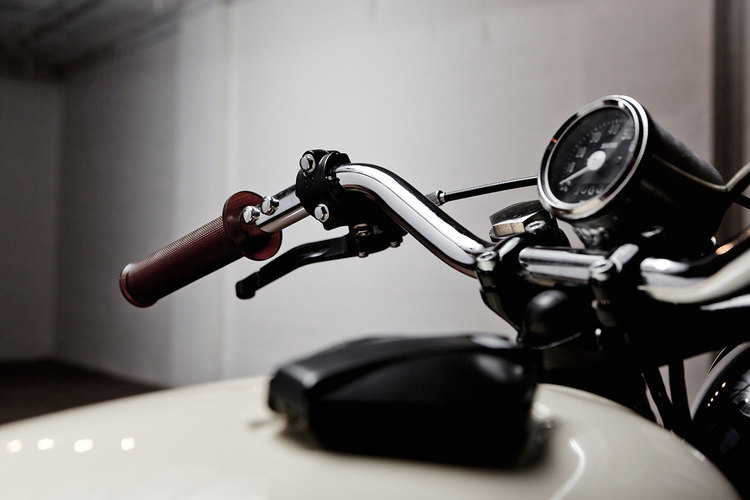 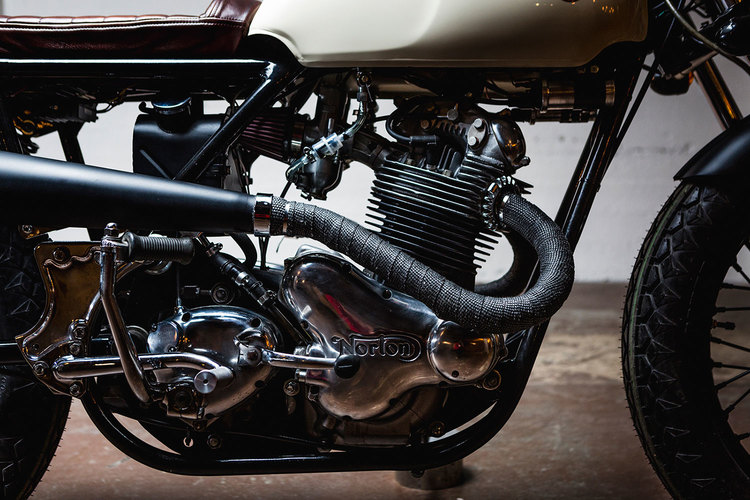 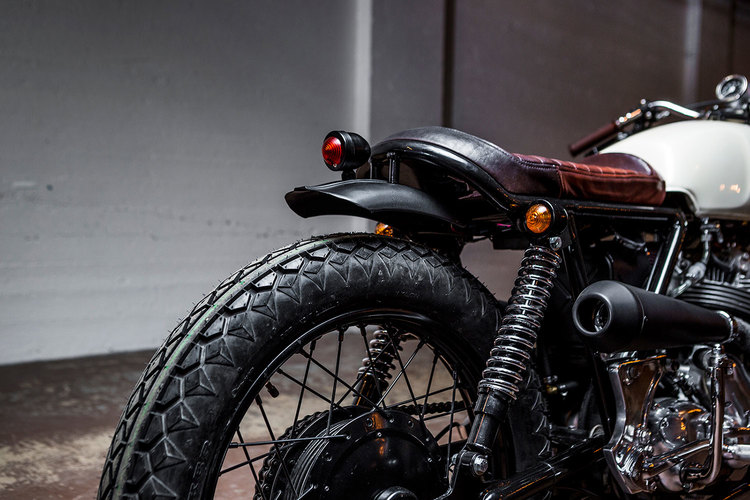 The idea behind the design was to keep the ethos of the Commando intact while still customizing the bike. Federal wanted to build a brat style tracker motorcycle, one that was at home in the city, on a mountain road or at the beach. In order to make the changes the team wanted to, the bike was taken down to its frame. The frame was then modified so Federal could get the styling lines it wanted. 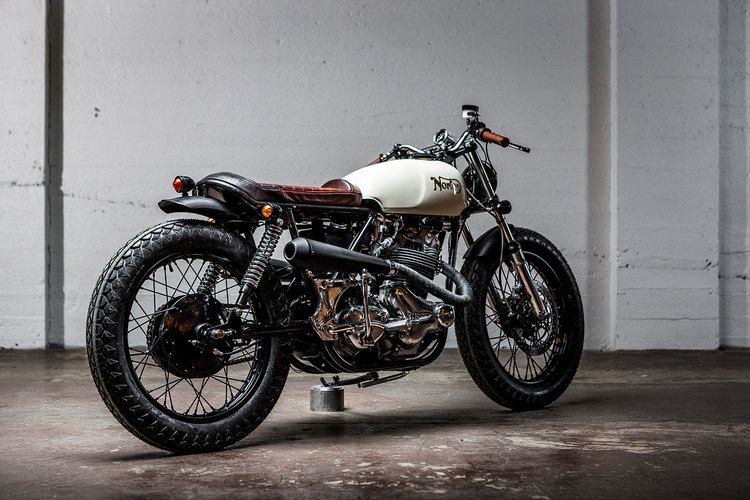 It also removed all excess metal pieces including tabs, mounts and the center stand so the bike was just the bare-bones essentials. From there, the Norton got 19-inch Coker Diamond Treads tires and wire-spoke wheels. Anything that could be reused was. The team sanded and polished all pieces and added some new parts.

Stripped Down, Then Built Back Up

A new electronic ignition system was added to the engine, which is otherwise mostly original. Fenders from a mid-1950s Triumph motorcycle looked good with the tires. They were slightly reshaped and repainted. The exhaust is from a 1971 Norton Commando SS but shortened and modified with reverse megaphone mufflers from Australia’s Modern Motorcycle Company. As far as lighting goes, Federal fitted small ‘bullet’ lights for blinkers and brakes and a 5 ¾-inch headlight. A 4-cell battery is snuggled under the seat and simple instrumentation added to the clean handlebars. The handlebars feature custom push-buttons for controls. The bars themselves are BSA A10/A65 Low handlebars with Tommaselli hand grips. 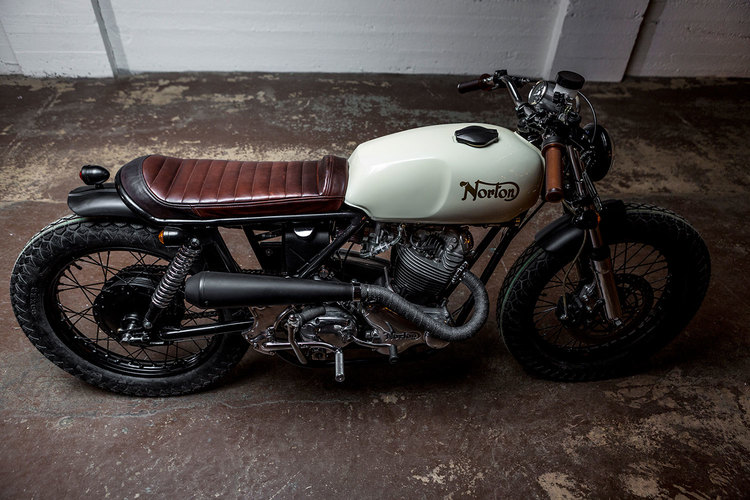 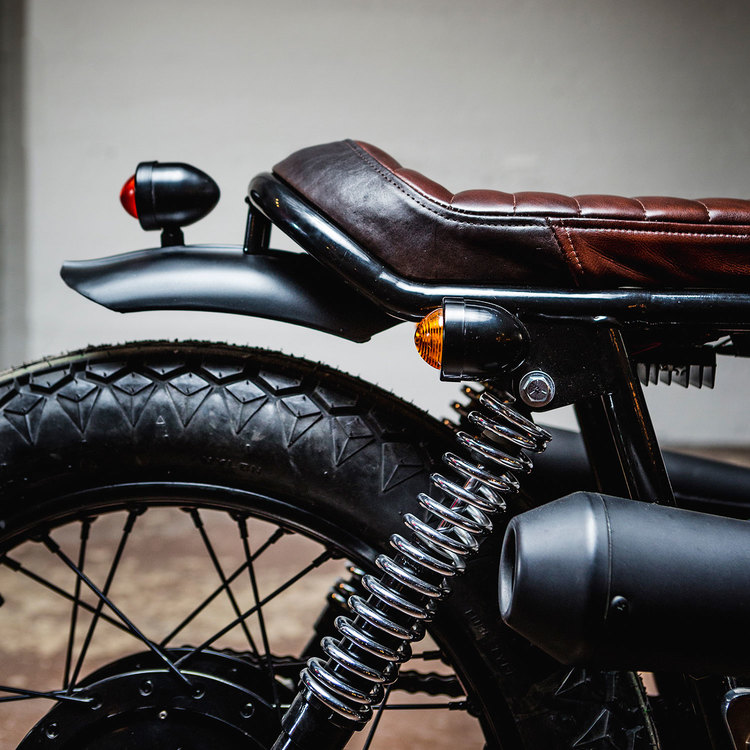 Two of the bike’s most eye-catching features are the seat and gas tank, which are what help establish a simple and attractive line down the length of the motorcycle. The tank is original. It was sandblasted and any imperfections fixed. Then it was repainted and the Norton logo added. The seat is a custom two-tone affair clad in Italian leather and sewn by an upholsterer local to the shop. All of this together makes for a glorious Norton motorcycle.