Many people know the Honda CX500 well. Not as many remember the CX650. It was a bike much like the CX500 but with a little more grunt with basically everything that people loved about the CX500. The good thing about the CX650 was that it offered a fantastic platform for doing custom builds and the team at Freeride Motos has built one of the best CX650 Scramblers we’ve ever seen. 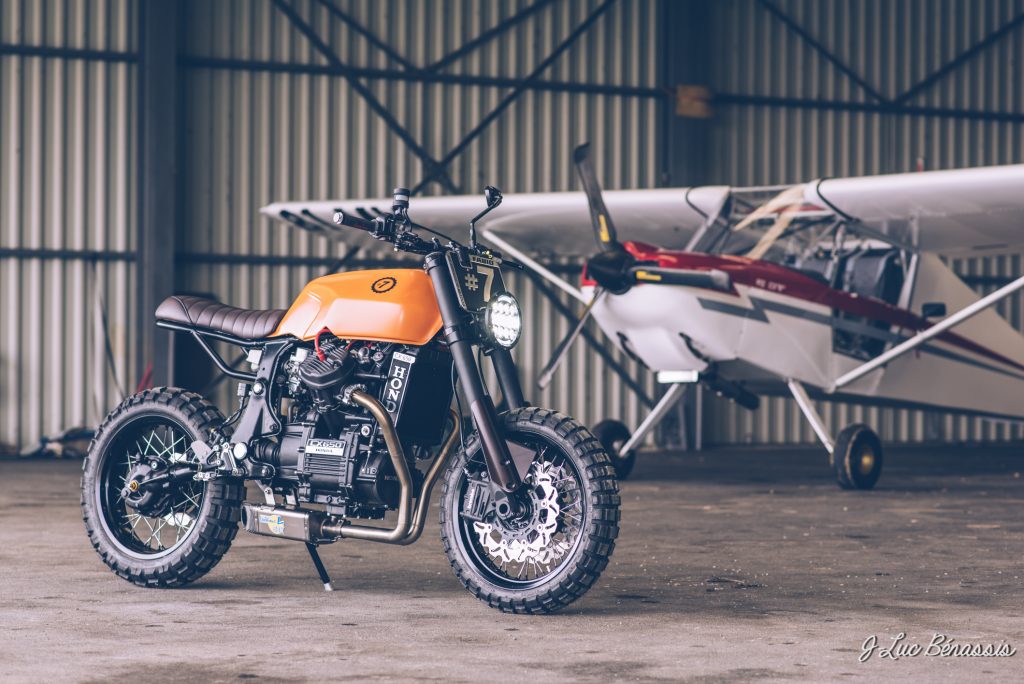 Few would describe Honda’s CX650 as a beautiful bike, but Freeride Motos, headed by bike builder Pierre Dehrs, has turned the CX650 into a beautiful work of art. In order to do that, Pierre had to strip the bike all the way down to the engine and frame, removing the entire rear suspension setup.

The CX650 Gets Gorgeous

The build started with forks and front brakes off a KTM 950 SM. The front hub is from a KTM 990 Adventure. Brembo calipers were added to an RCS radial master cylinder. The new rear suspension came from a CX500 with all new components. Freeride Motos added a Showa monoshock, a custom spring and a Brembo rear brake as well. 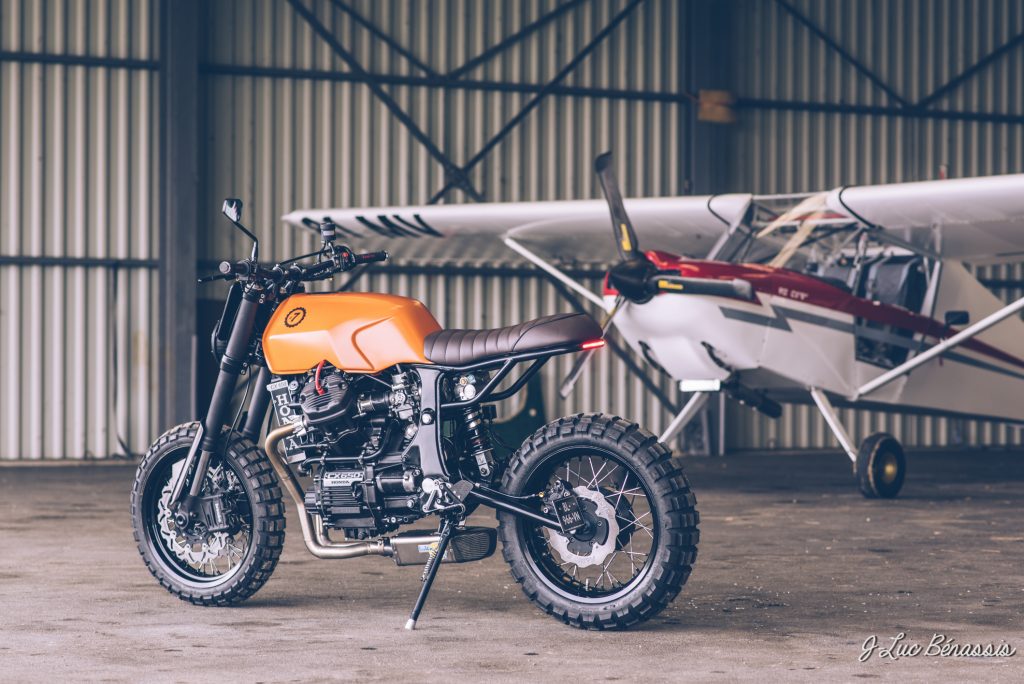 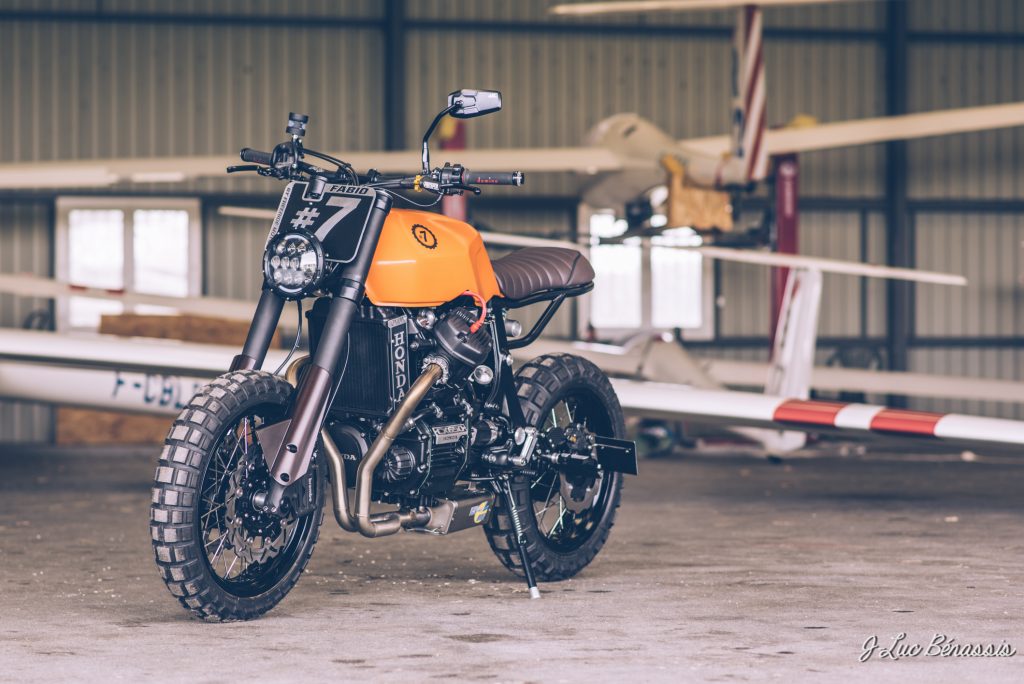 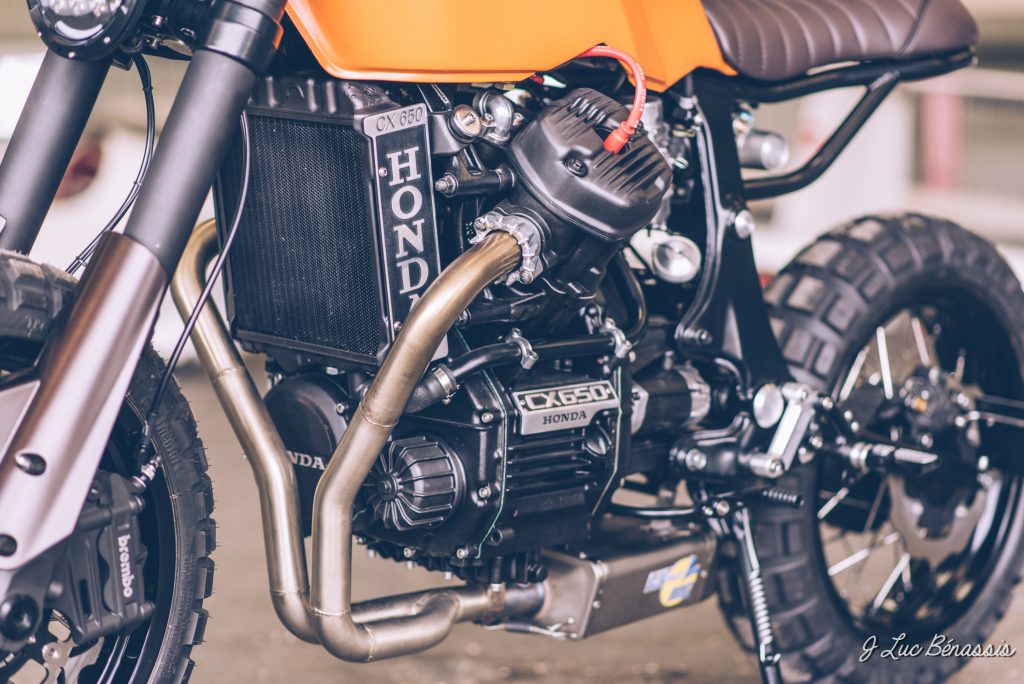 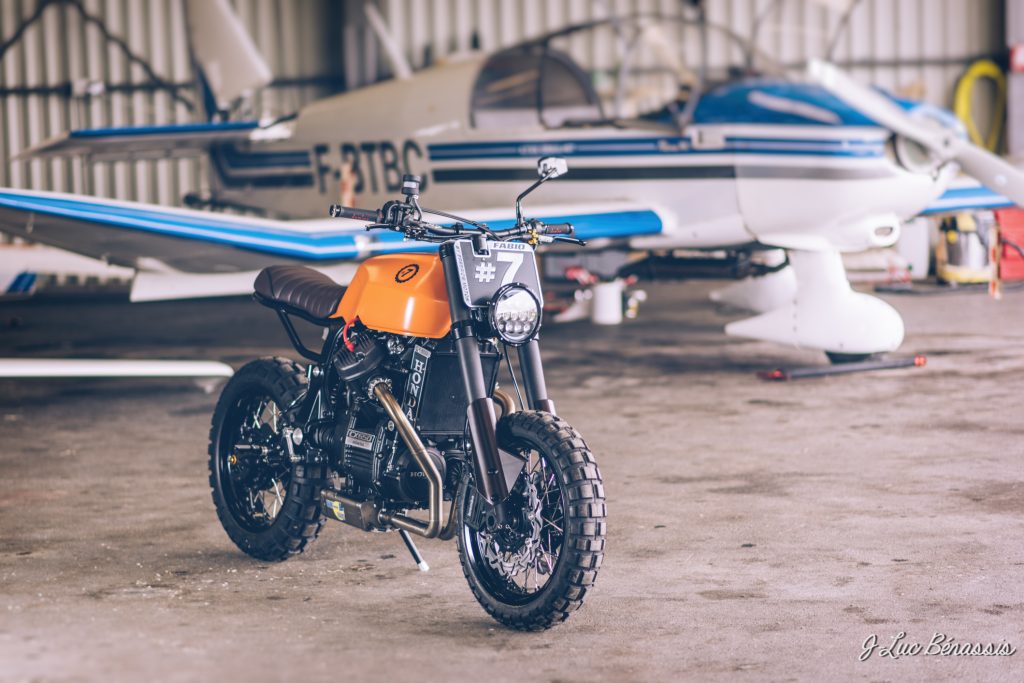 Wheels are 17-inch black anodized rims. The front wheel measures 3.5 inches in width while the rear is 4.25 inches. Wrapped around those wheels are continental TKC80 tires. They offer a good mix of knobby traction and on-road performance. The gas tank is original but modified with a new LightTech aluminum fuel cap assembly and some slight cuts in the side of the tank. 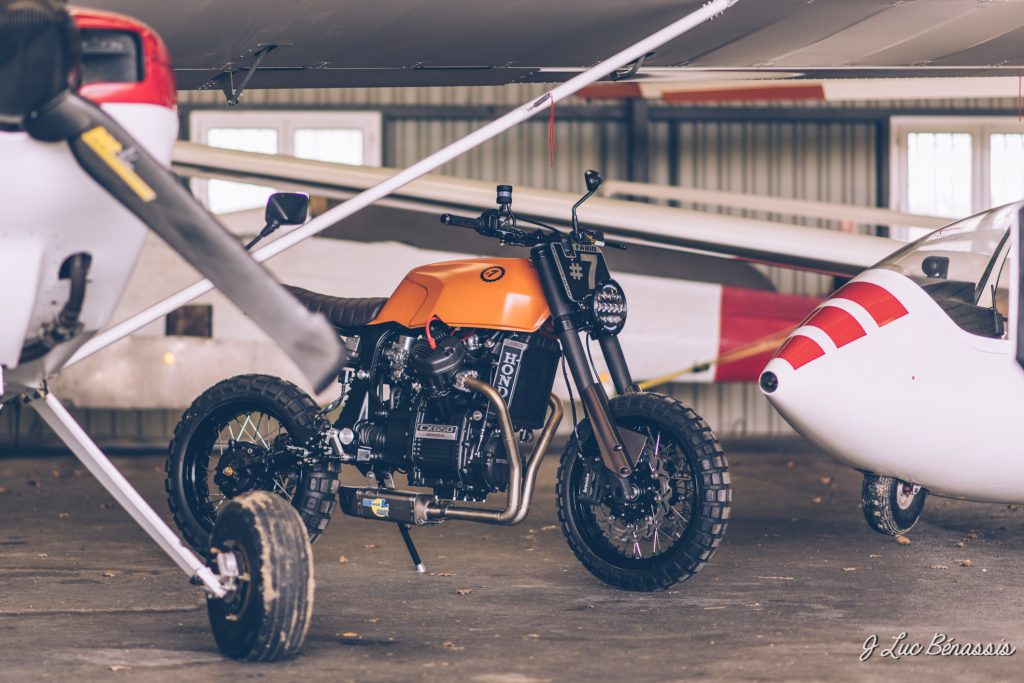 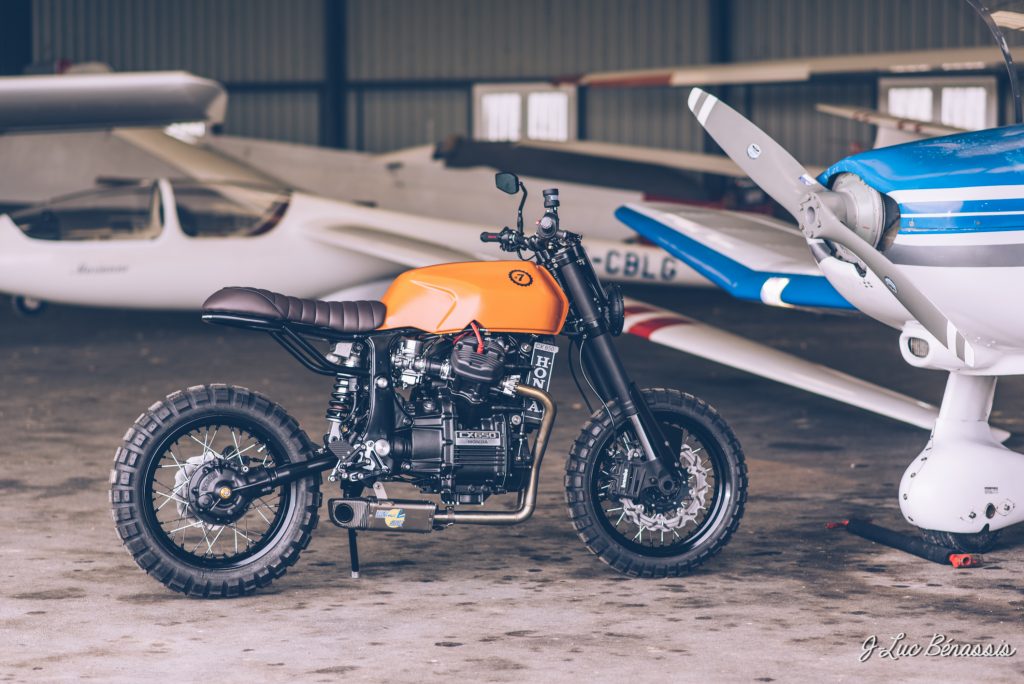 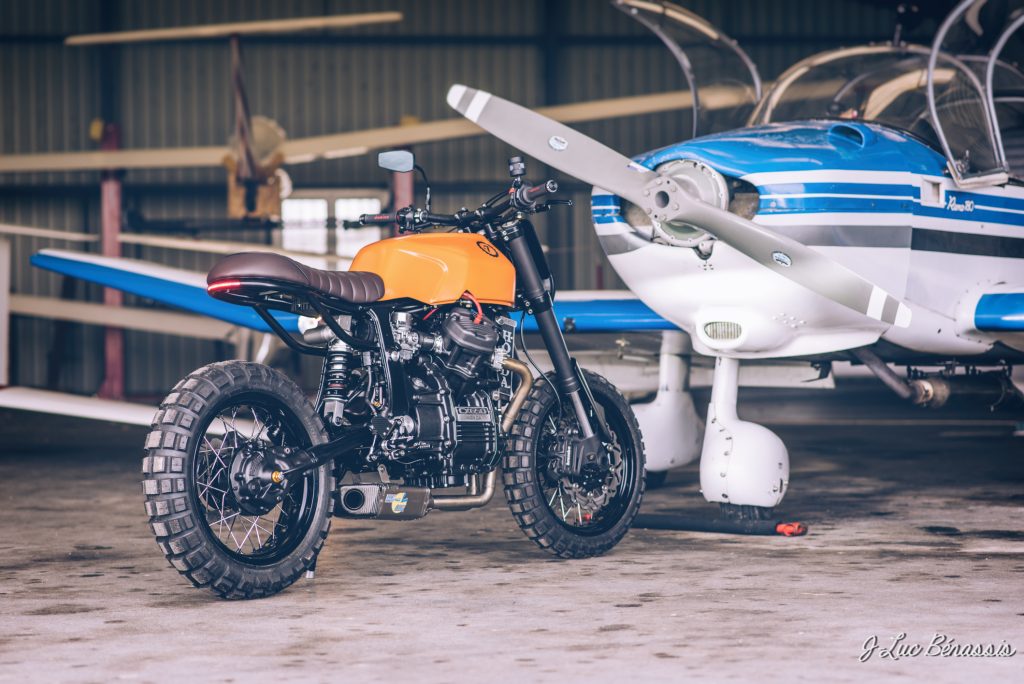 Those cuts allowed Freeride to show off the cylinder head a little more and the carburetors. The tank hides the battery and some electrical components. With the tank crafted to perfection, the seat had to match. Freeride started with an aluminum seat base that hides the regulator. On top of that, Pierre added a well-cushioned seat wrapped in convincing imitation leather from Skai.

Built to be Ridden

Pierre did all the work himself crafting many pieces from scratch. He focused on the details of the bike. He even replaced fasteners and bolts with new ones. The number seven on the number plate above the headlight bares his client’s old racing number. Freeride didn’t just pay attention to how the motorcycle looked. Pierre went through the engine to make it run well and painted it black. The exhaust system is a custom creation with a Leo Vince muffler attached to the end of the pipes. 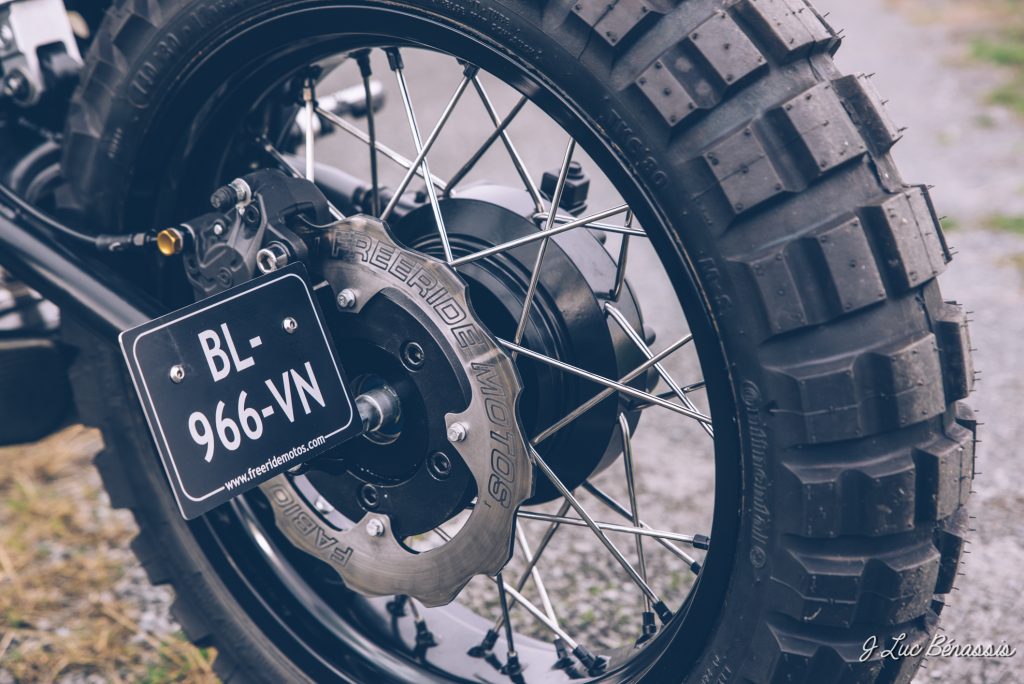 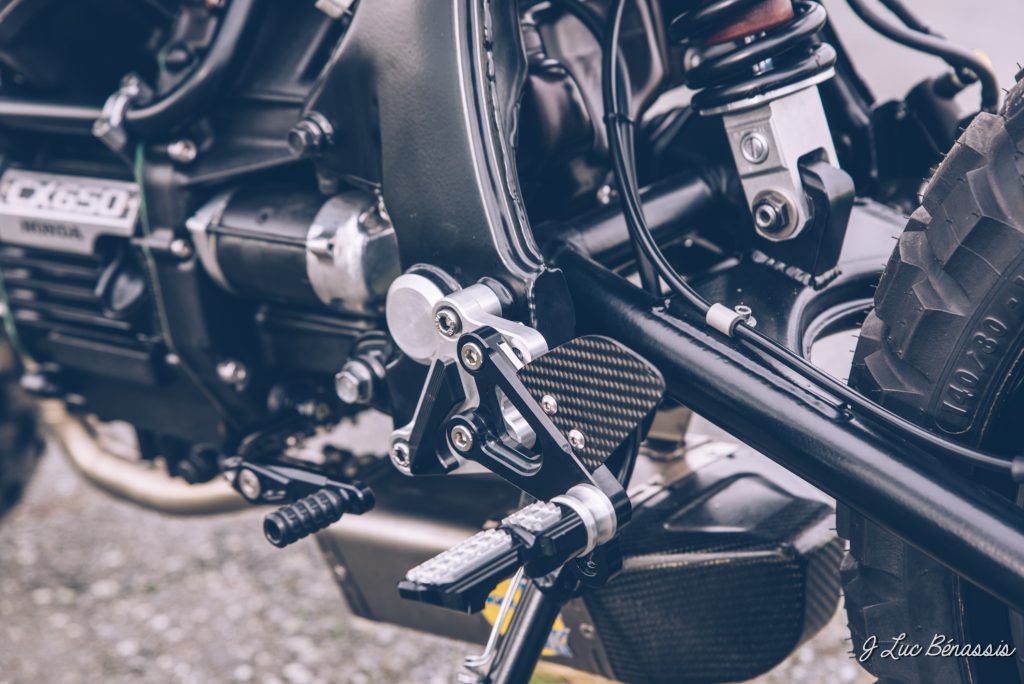 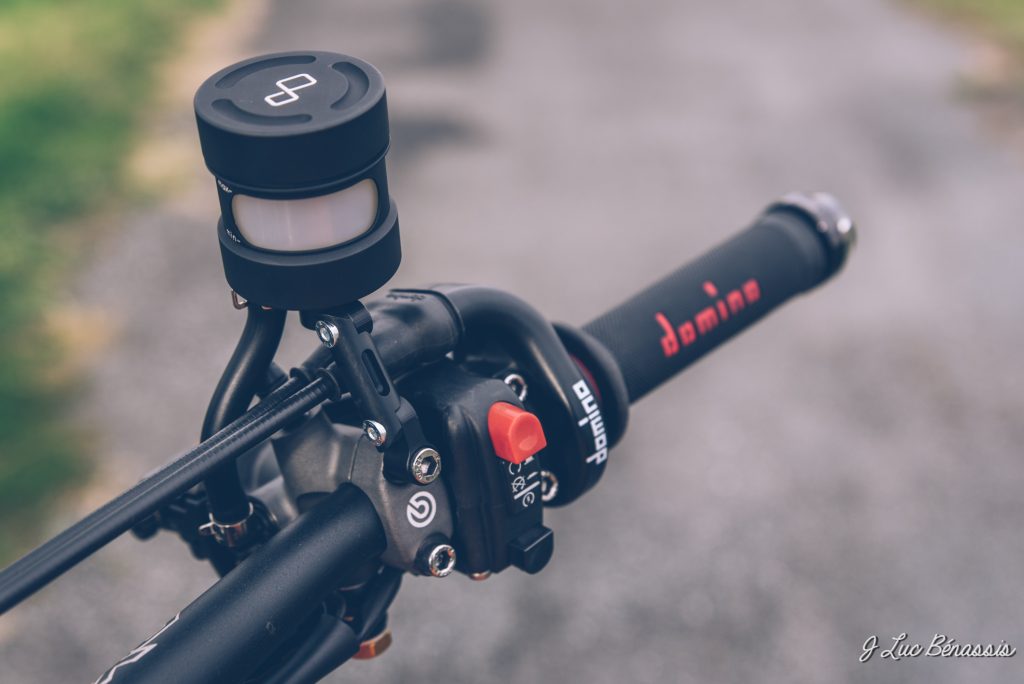 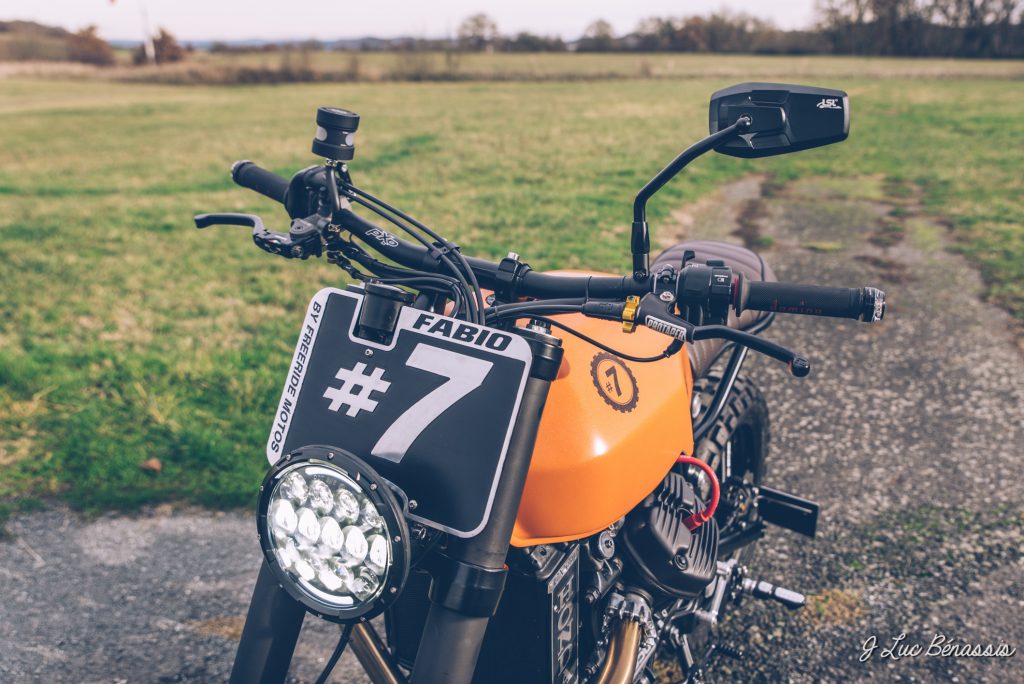 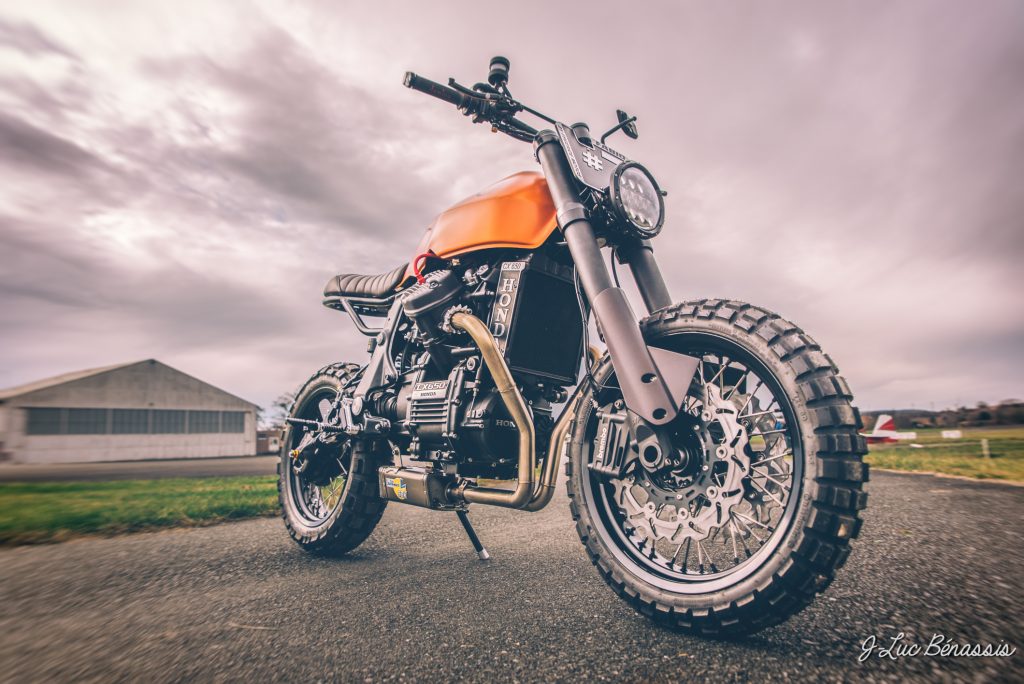 On the handlebars is a Domino quick-action throttle and switchgear, Motogadget turn signals, Daytona Velona speedometer, and Venhell and Goodridge cables and hoses. The bike is a far cry from the CX650’s original setup, and it’s ready to be joyously ridden around town, out on the open road, or down a dusty trail.

Written By
Wade Thiel
More from Wade Thiel
If you’re a fan of the original Mad Max film by George...
Read More