Perhaps not the most imaginatively named piece of architecture we’ve encountered here at The Coolector but what they lack in naming skills, the architects at Atelier Oslo more than make up for with designing talent as the superb looking House on an Island admirably illustrates. This stunning piece of architectural design has a prefabricated timber facade which surrounds the concrete split-level interiors of this cabin, that is nestled onto an outcrop in Skåtøy, Norway. 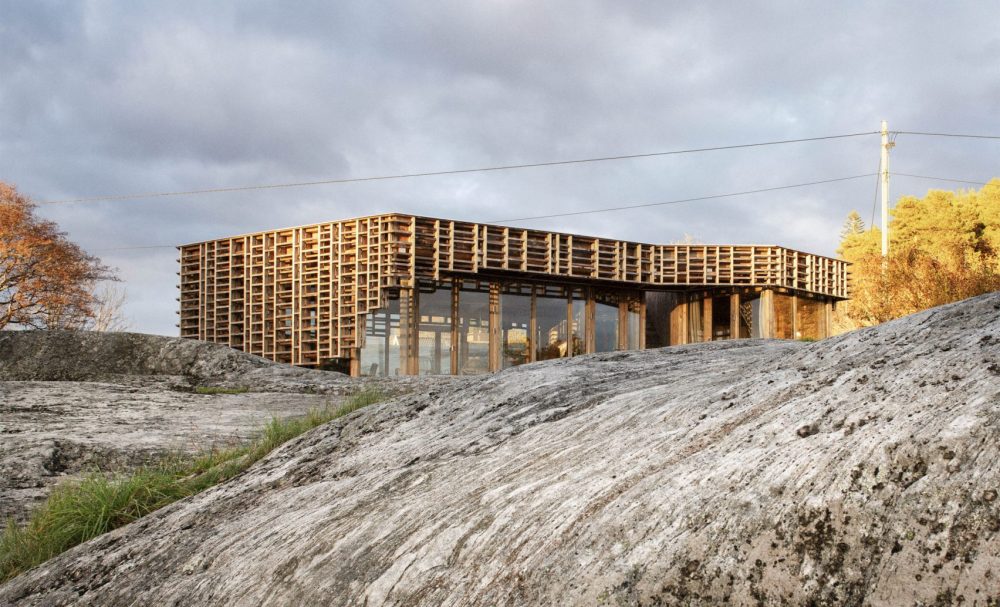 The House on an Island from Atelier Oslo Architects has been designed for a pair of artists who desired a relaxing retreat for contemplation and working on the coast of the Scandinavian island. The cabin, which is named House on an Island, boasts large glazed walls that have been painstakingly wrapped by a gridded facade which is designed to deliver a calming atmosphere by filtering light in the same way as leaves on a tree and ensures one of the most eye-catching exteriors we’ve seen at The Coolector.

There is a highly distinctive aesthetic to House on an Island and this was inspired by the feeling you have when sitting under a tree, with the rays of sun filtering through the branches. This makes the residential property highly relaxing on a sunny day and as the property is fully glazed, the wooden structure also works as sun-shading and provides a sort of frame for the amazing views. Towards the neighbours and south, the wood cladded exterior is more closed but it doe open up towards the sea and the horizon to enhance the sense of warming relaxation within. 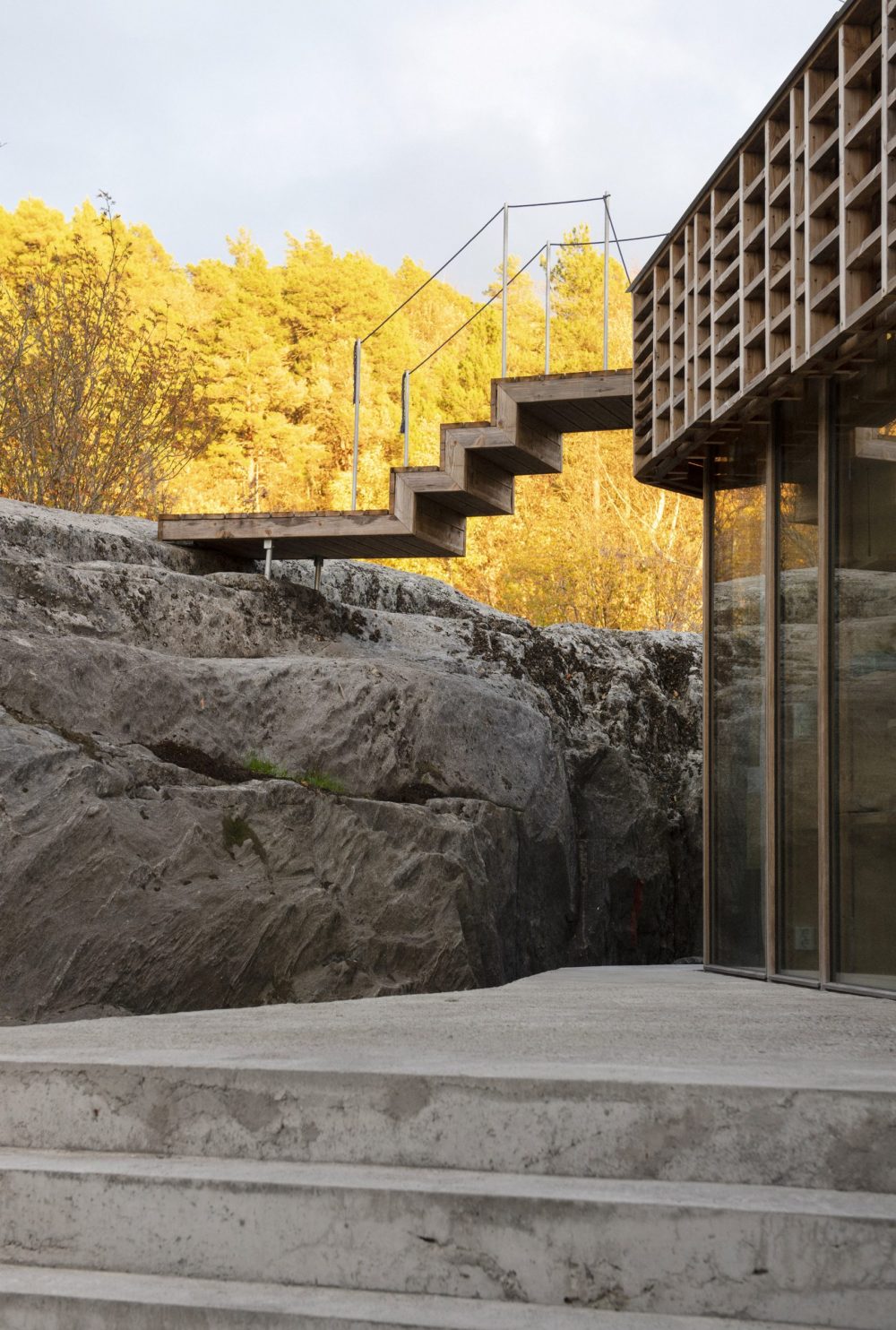 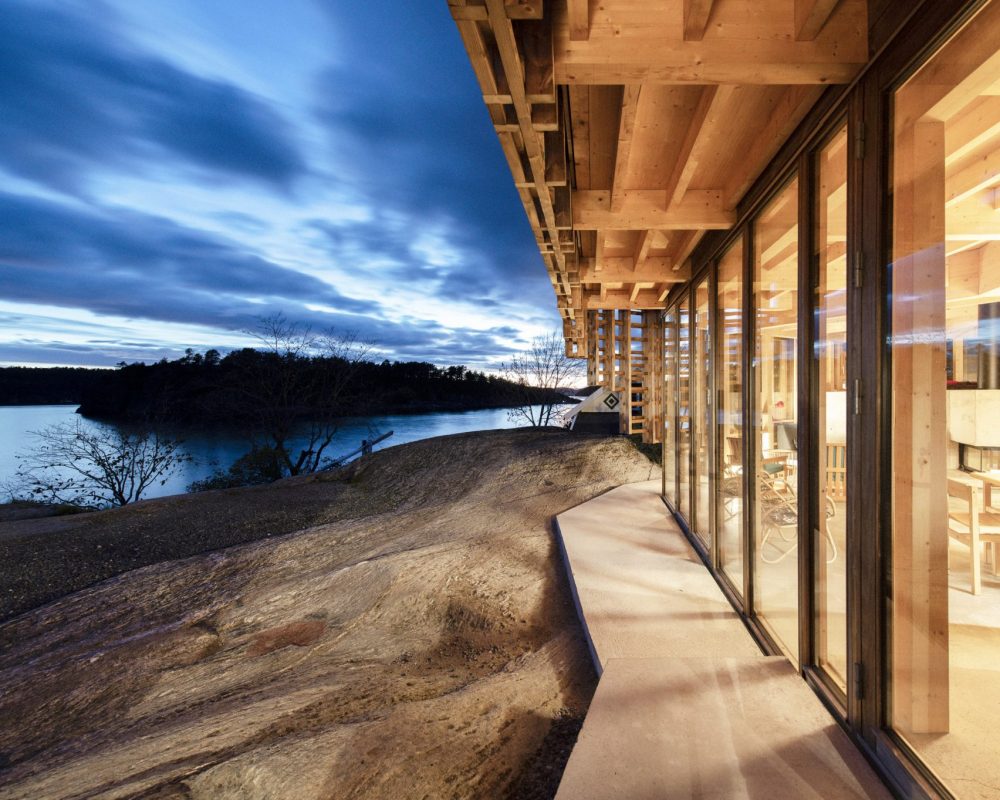 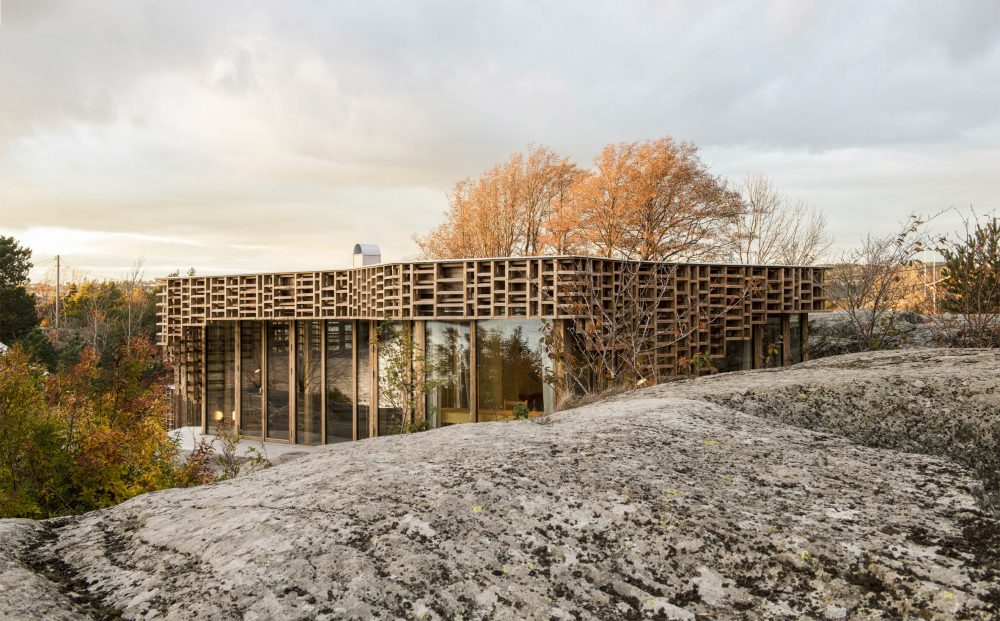 The Atelier Oslo designed House on an Island has a facade which effortlessly slots onto the cabin’s timber frame to provide the unparalleled visual impact of this property. Both are crafted from heat-treated wood which will turn grey over time and change the look and feel of the home as the years go by and it becomes more weathered. The frame of House on an Island is embedded into a concrete base, which Atelier Oslo adapted to the layout of the site, and formed a series of split-levels for the sort of living arrangement the artist owners were after. 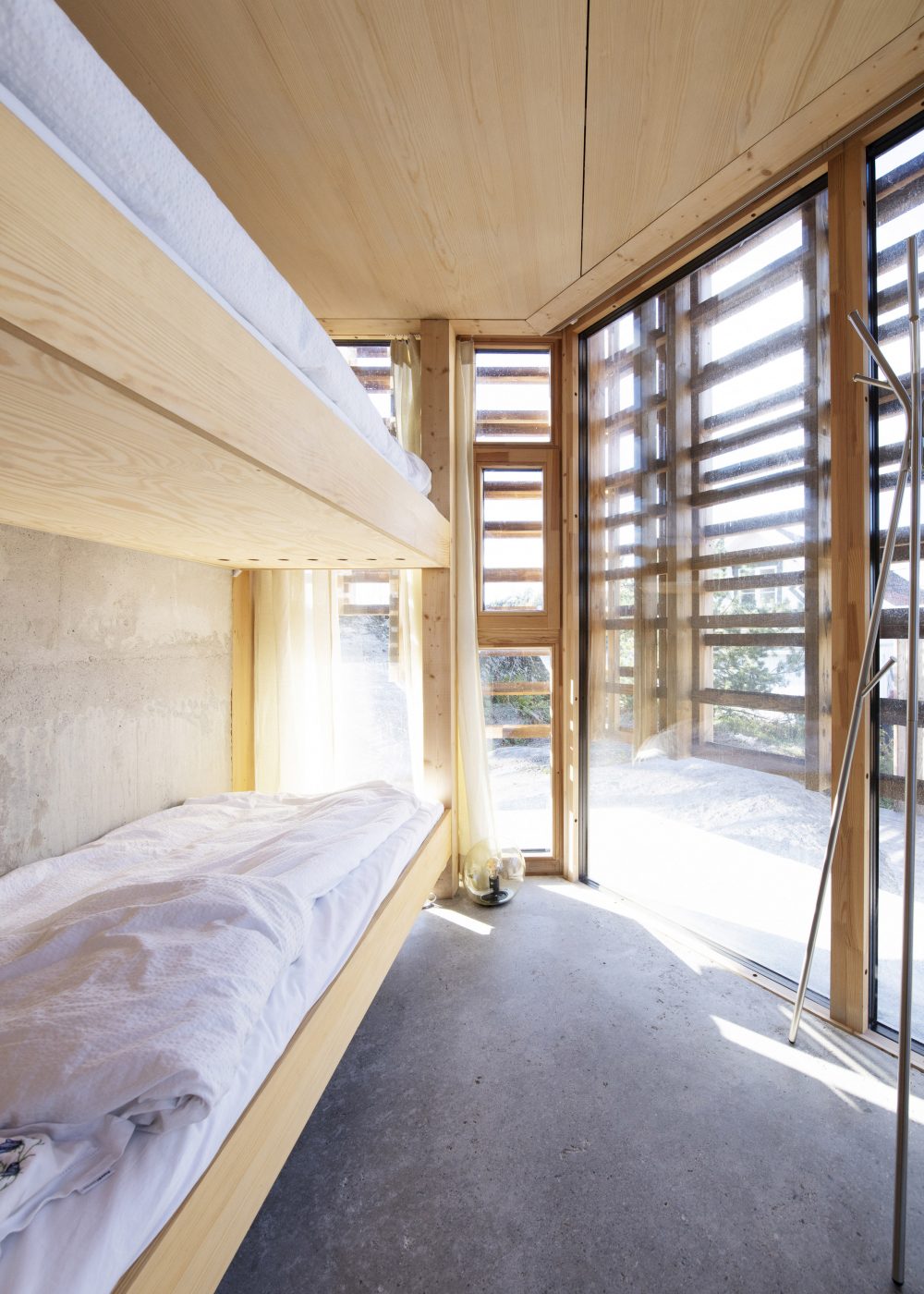 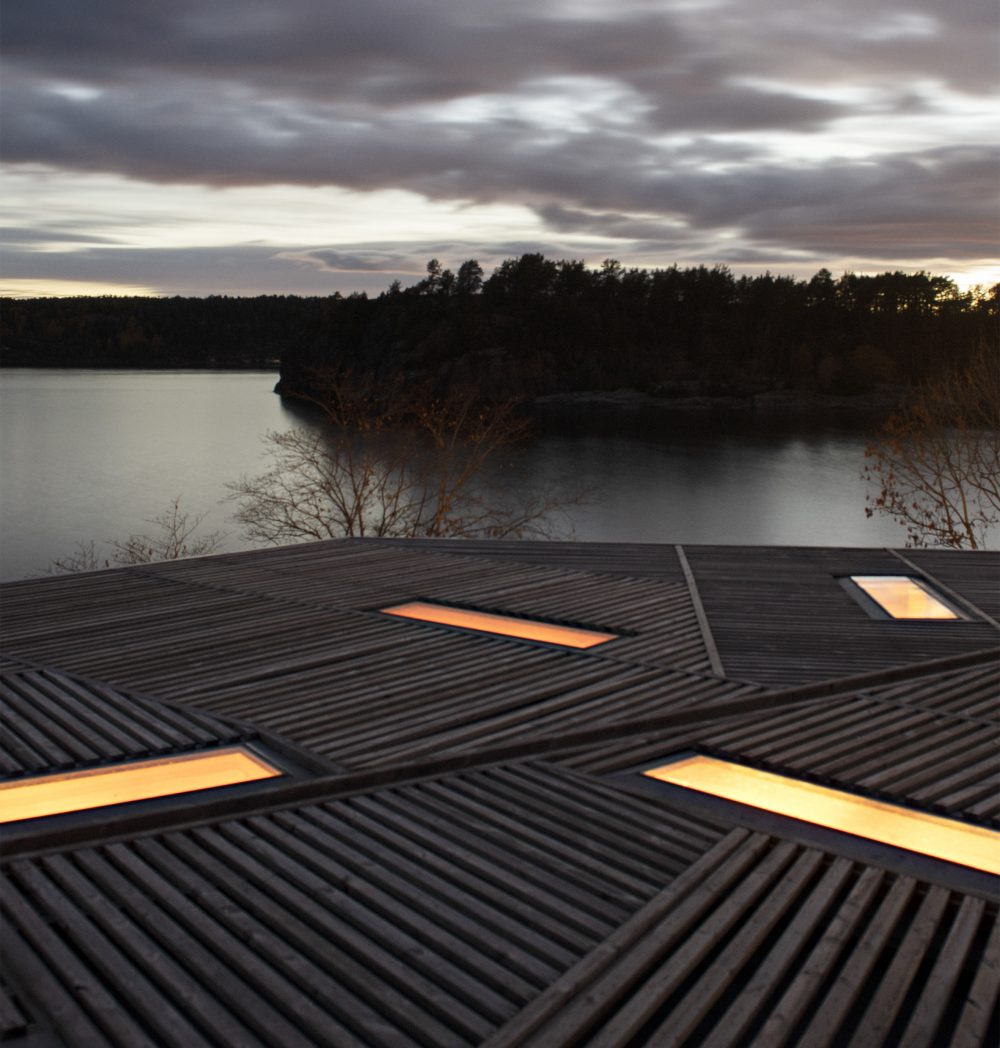 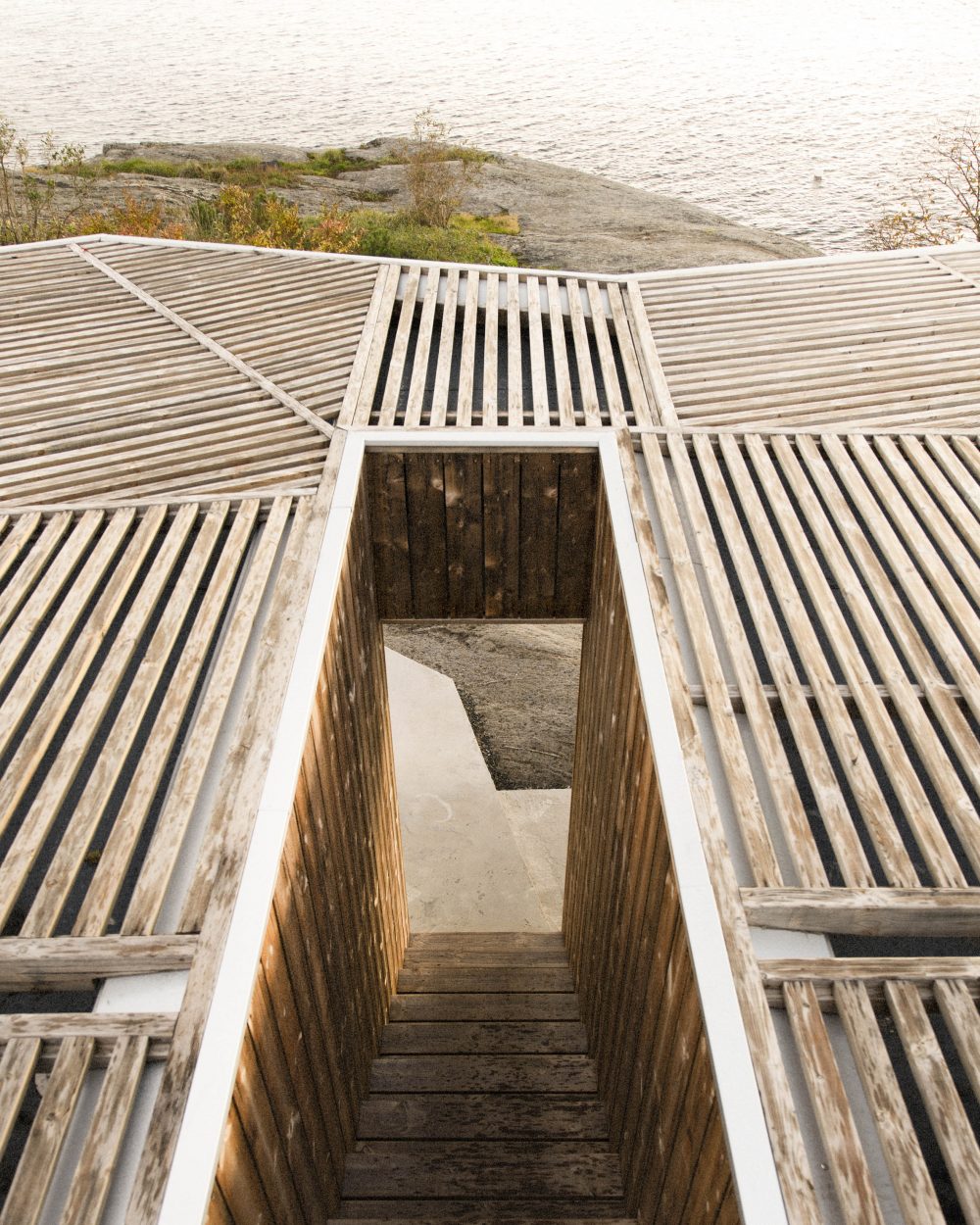 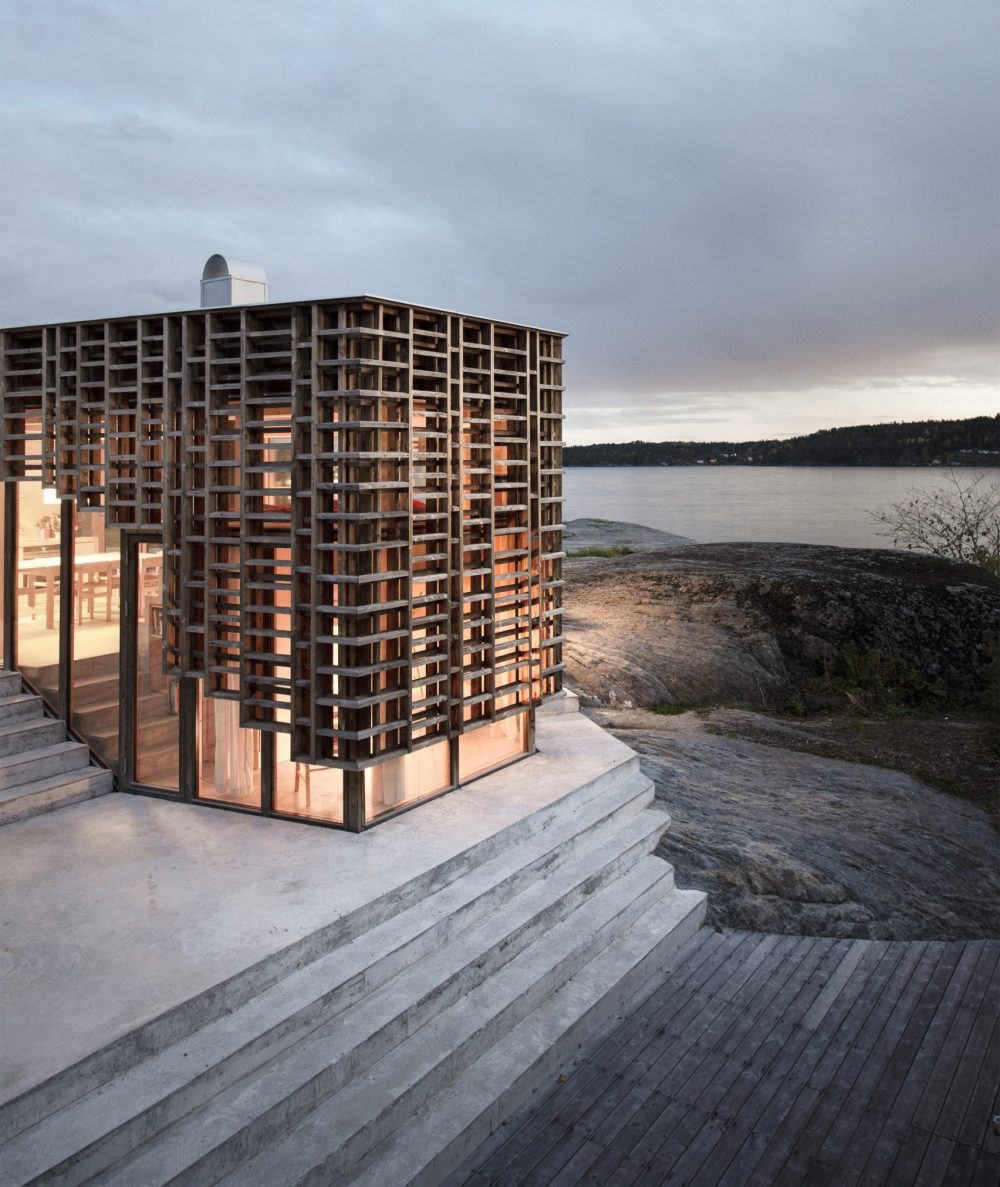 It was important that the topography of the site was carefully measured to ensure that the rocks were integrated into the project overall aesthetic as the interior becomes part of the landscape and walking in and around the cabin gives a unique experience, where the different elements from the site help to form part of the architecture. This is unquestionably one of the most eye-catching pieces of architecture you’re ever likely to see and we’re loving its impactful visuals here at Coolector HQ.

Impeccable on the Inside

It’s not just the exterior of House on an Island that scores highly, it’s equally as impressive on the inside. The cabin consists of an open-plan living room and kitchen, joined by a bathroom, two bedrooms and an office space for the artist owners to work. In the living space, the architects, Atelier Oslo, have used concrete to create a ruin-like structure that grows out from the building’s concrete floor. It boasts a bench, fireplace, and a day bed that is elevated on a micro-mezzanine level for a more functional and versatile living space. 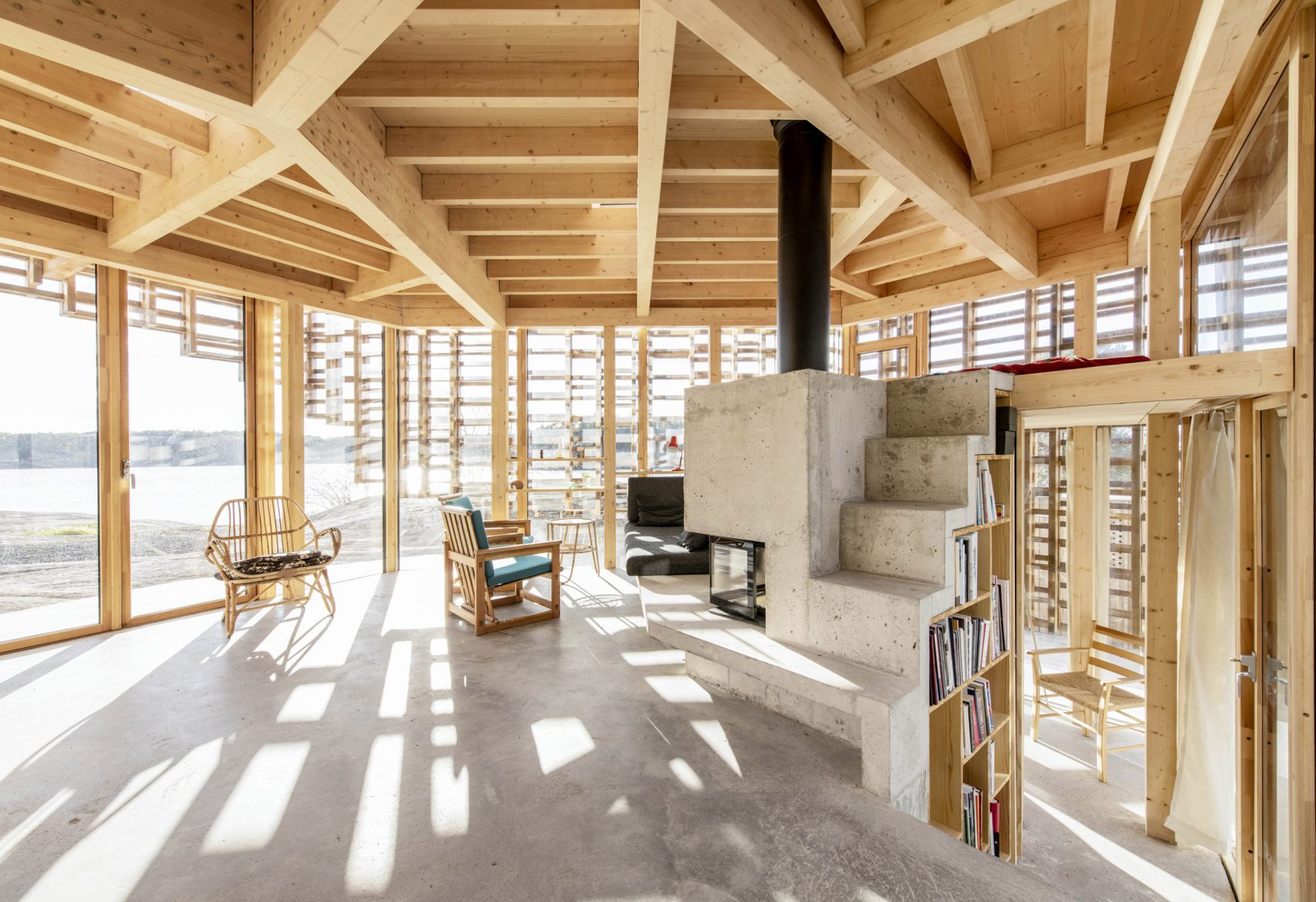 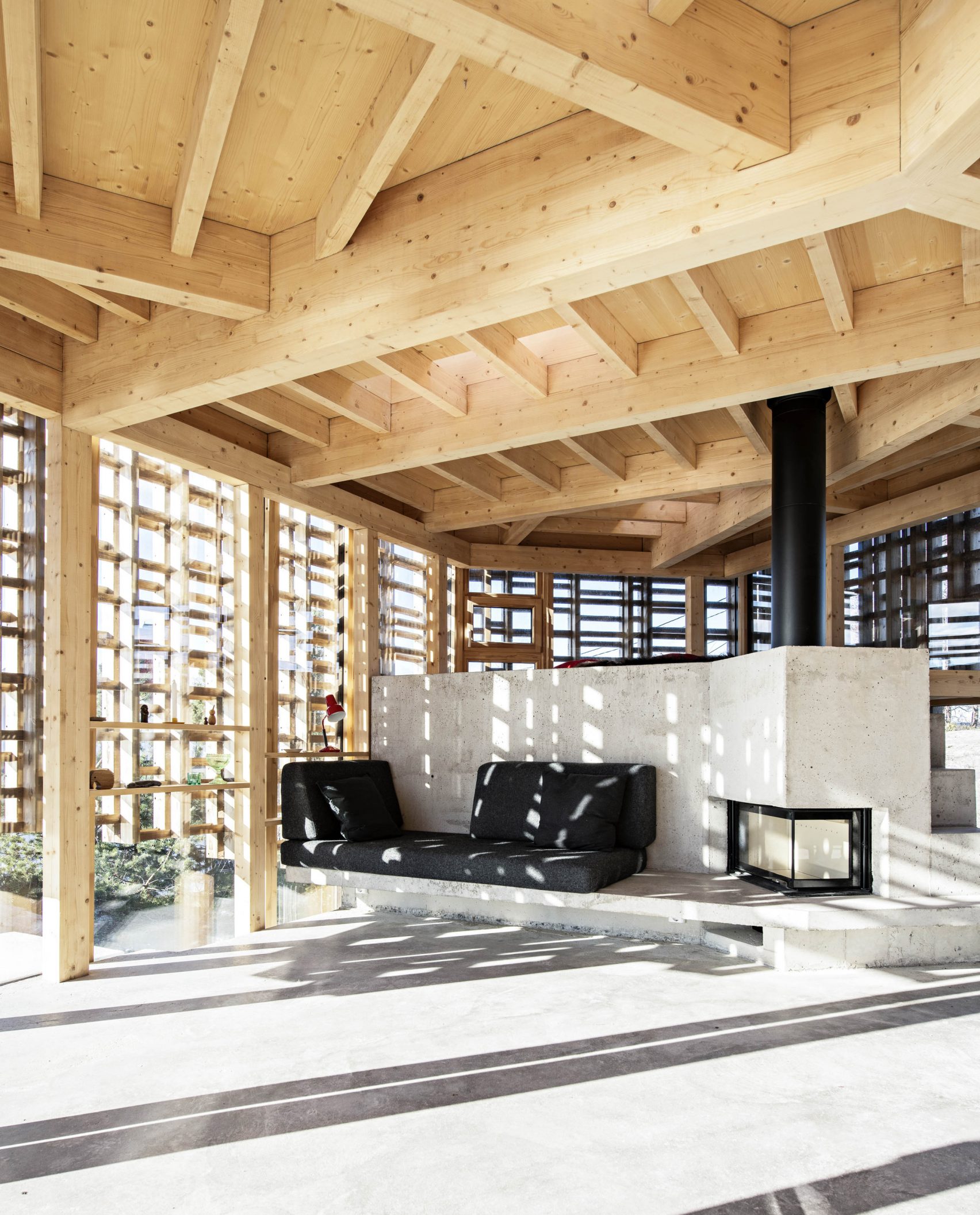 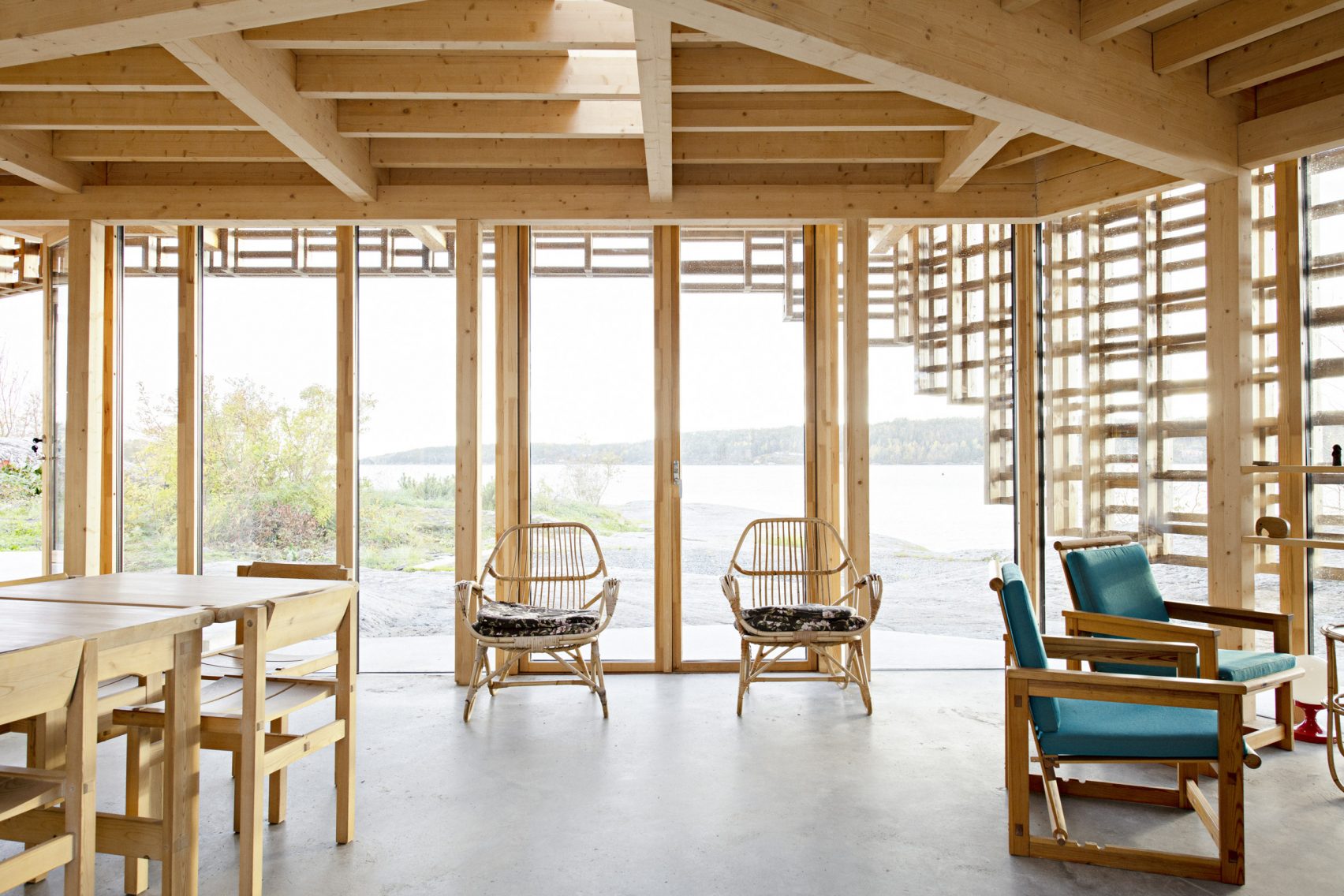 To help House on an Island fit in with its surroundings, the concrete used in the design extends outside and around the dwelling, which creates an array of different outdoor spaces for the house and the owners to enjoy the views from. House on an Island is completed by a staircase which leads down to the entrance, puncturing the roof line of the cabin and providing an unparalleled finishing touch that really brings the house to life.