Television and film pervade our daily lives at more or less every available juncture so it is perhaps entirely unsurprising that we are so heavily influenced by our favourite movies and TV shows but we here at Coolector HQ are certainly glad that the silver screen and our own TV screens have given rise to so many iconic moments because, were this not the case, then we wouldn’t have been treated to this awesome series of artwork called ICON by design duo, Dan Kuhlken and Nathan Goldman, who are better known as DKNG.

This ICON series of artwork is soon to be unveiled at Gallery 1988 West in Los Angeles in what is DKNG’s first solo art show. It is a celebration of the iconic places, things and props from movies and television that have come to typify the show and which have become entrenched in the public’s consciousness whenever one thinks of the movie in question. We love the style of DKNG’s artwork here at Coolector HQ and its minimalist style is just our cup of tea.

If you happen to be in Los Angeles on the 5th of July, this ICON by DKNG art show is surely one not to be missed and you can check out a few more pieces of art that will be making an appearance at the show (and a shot of the design duo themselves) below: 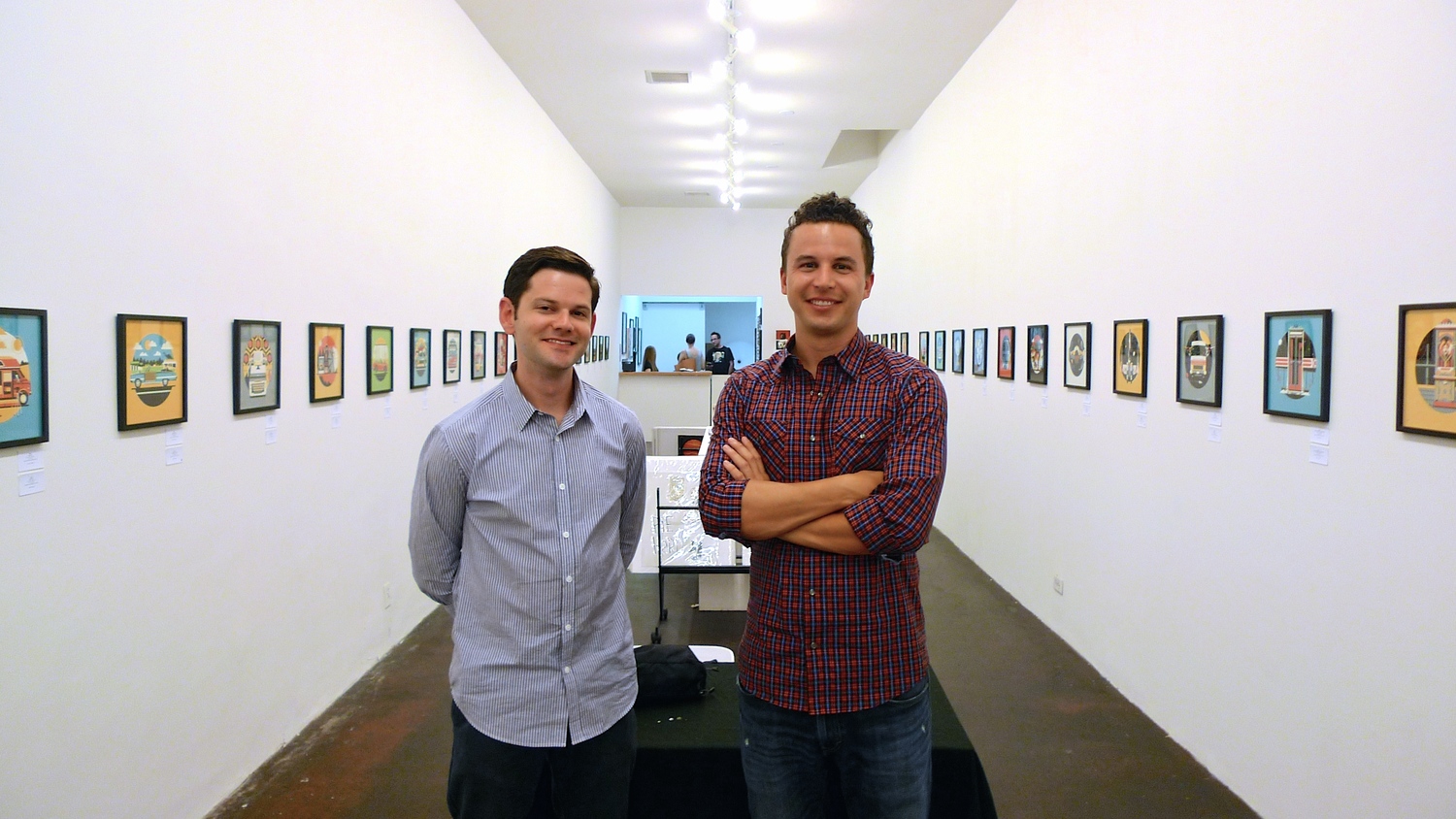 DKNG have created 50 separate pieces of artwork for their ICON show and such television classics as Breaking Bad, Arrested Development, Dexter and Game of Thrones all put in an appearance as do seminal movies like Ghostbusters, Back to the Future and Star Wars so there will likely be a piece of artwork to suit every taste within this decidedly awesome collection.