There is a huge market for custom motorbikes and whilst it’s fair to say not all are created equal, few can hold a candle to this extraordinary looking Lazareth Back To The Future Cafe Racer that not only looks to be one of the most stealthy and robust machines on the market, has a performance level that is simply beyond compare. 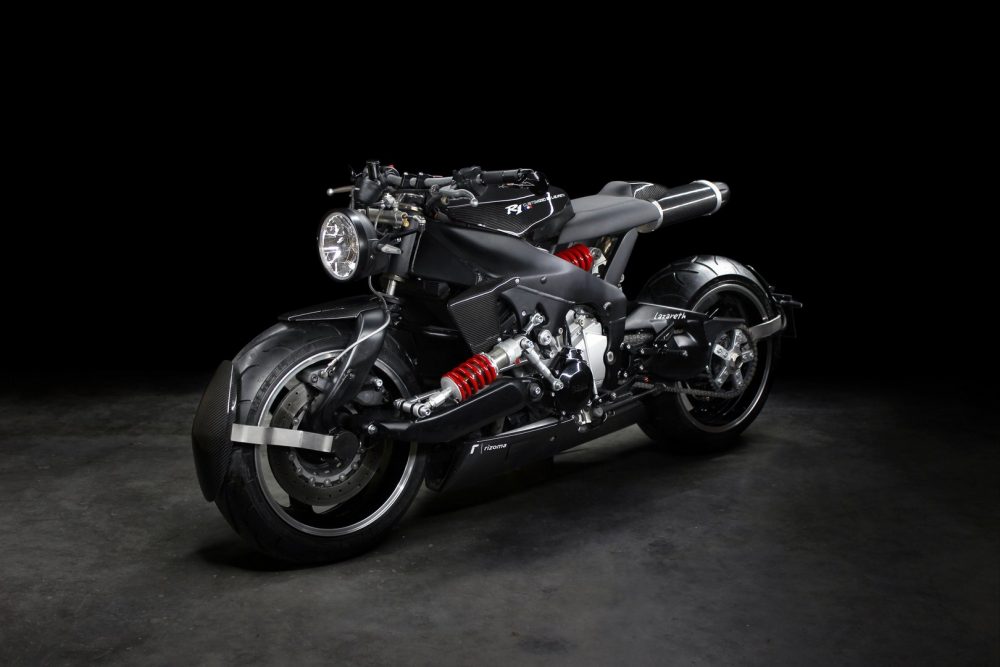 Lazareth are a French motorbike customisation shop and are the brainchild of Ludovic Lazareth and, it’s fair to say, the incredible Back To The Future Cafe Racer might just be his biggest accomplishment to date in both the style and performance departments and we really couldn’t be more impressed with the bold, uncompromising aesthetic of this glorious looking machine here at Coolector HQ.

Built upon a Yamaha R1 frame, the Lazareth Back to the Future Cafe Racer might just look familiar to fans of sci-fi films because it began life as one of the steeds in the, rather woeful, Vin Diesel movie, Babylon A.D but don’t hold that against it because this machine is nothing short of extraordinary. 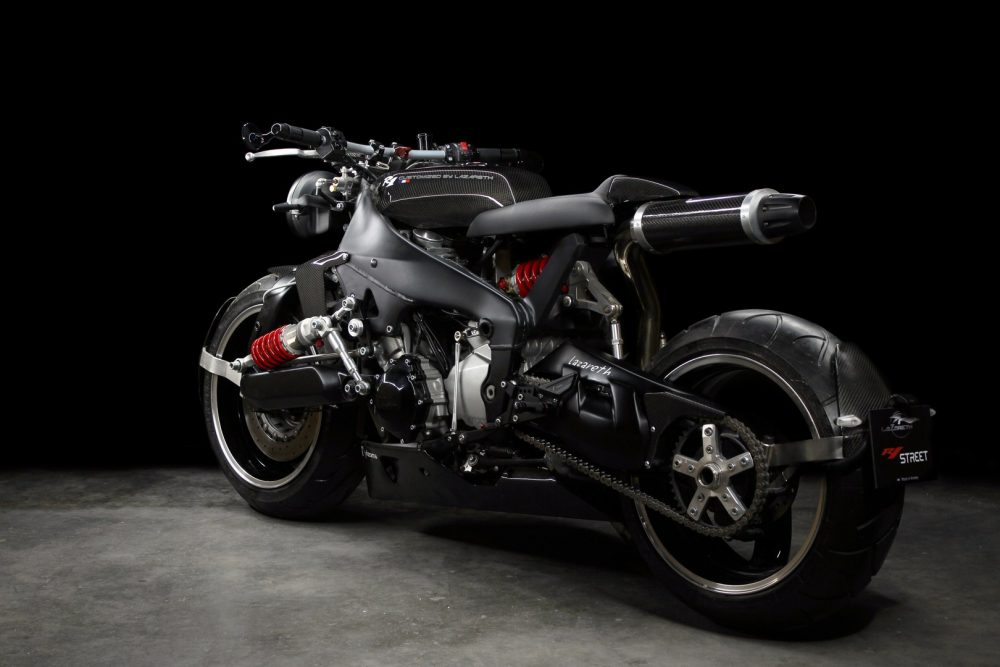 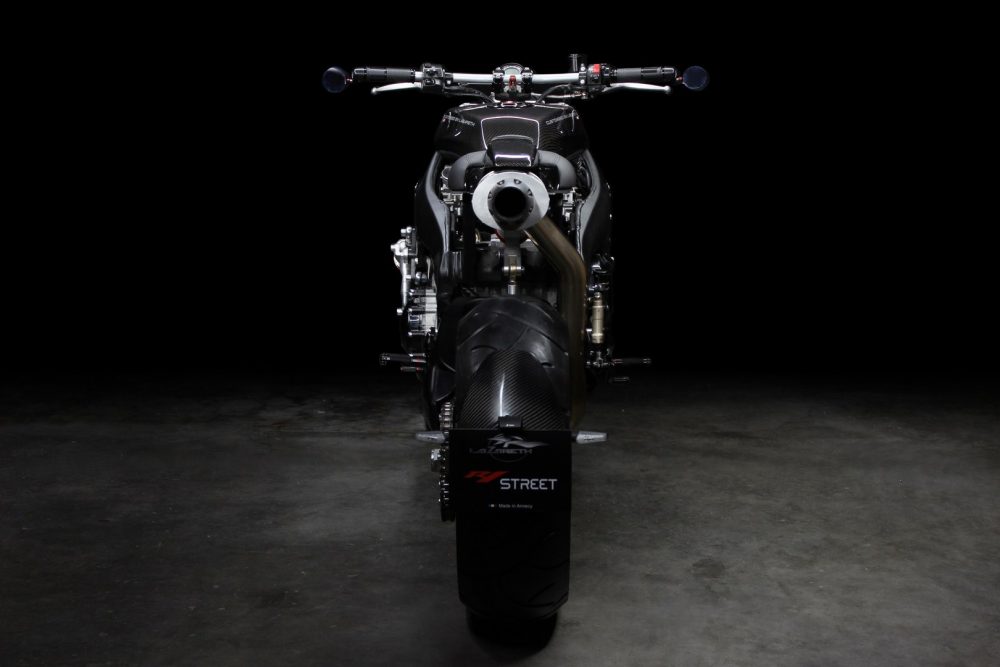 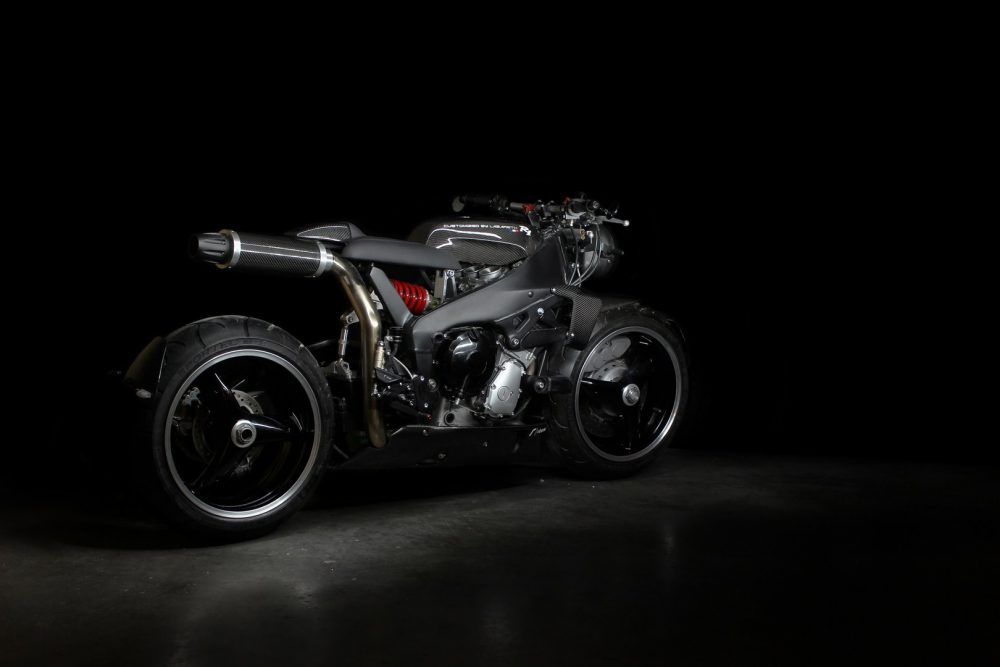 This is, in essence, the futuristic cafe racer of Ludovic Lazareth’s dreams and he’s definitely got grand ambitions with this contraption as it boasts some thoroughly impressive features that really set it apart from the competition both in the looks and performance stakes. Extensively modified and customised to deliver the eye-catching aesthetics you see before you, the Lazareth Back to the Future Cafe Racer is the sort of steed that it’s hard not to fall for and we know we have here at Coolector HQ. 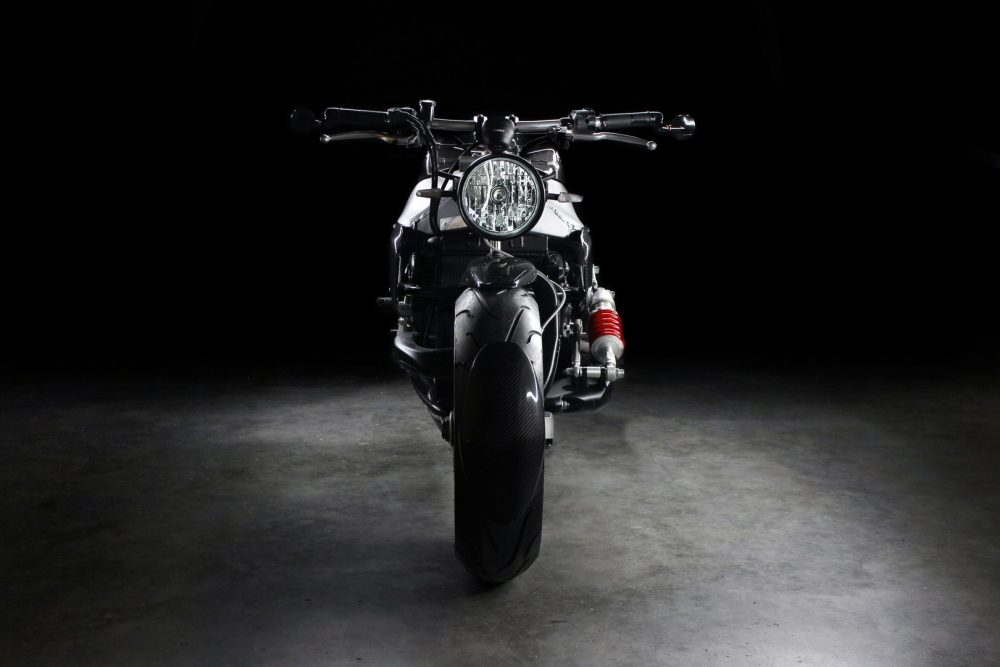 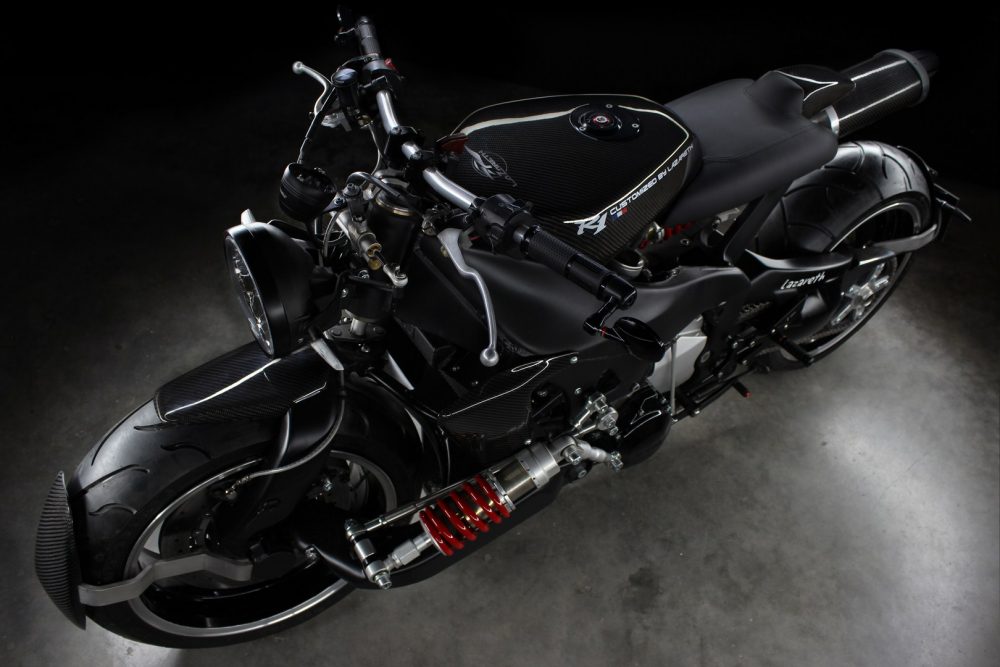 A mighty robust looking finish courtesy of a complete carbon fibre treatment, the Lazareth Back to the Future Cafe Racer also has numerous other stand out features which include super cool, single-sided swing-arms on both the front and the rear, eye-catching, customised fenders, a shortened rear end, extended exhaust which have built in LED taillights that add a whole new dimension to the futuristic aesthetic of this first rate contraption.

We’re firm fans of the futuristic visuals of the Lazareth Back to the Future Cafe Racer here at Coolector HQ and though it got its start in life as a cameo role in a terrible movie, it’s gone onto bigger and better things and become one of the coolest customisation jobs we’ve seen in quite some time here at Coolector HQ. 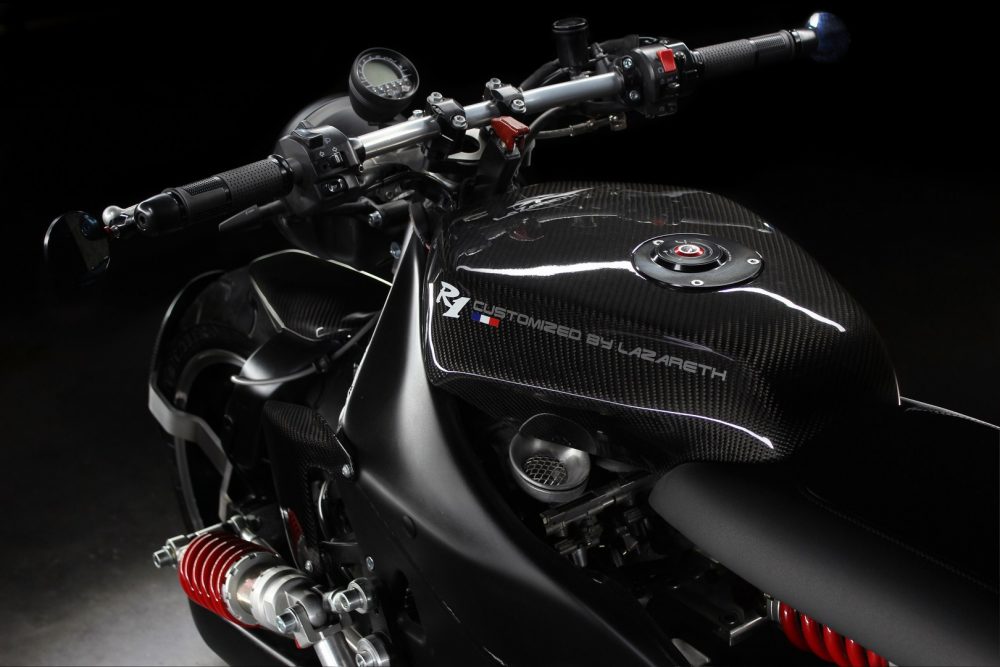 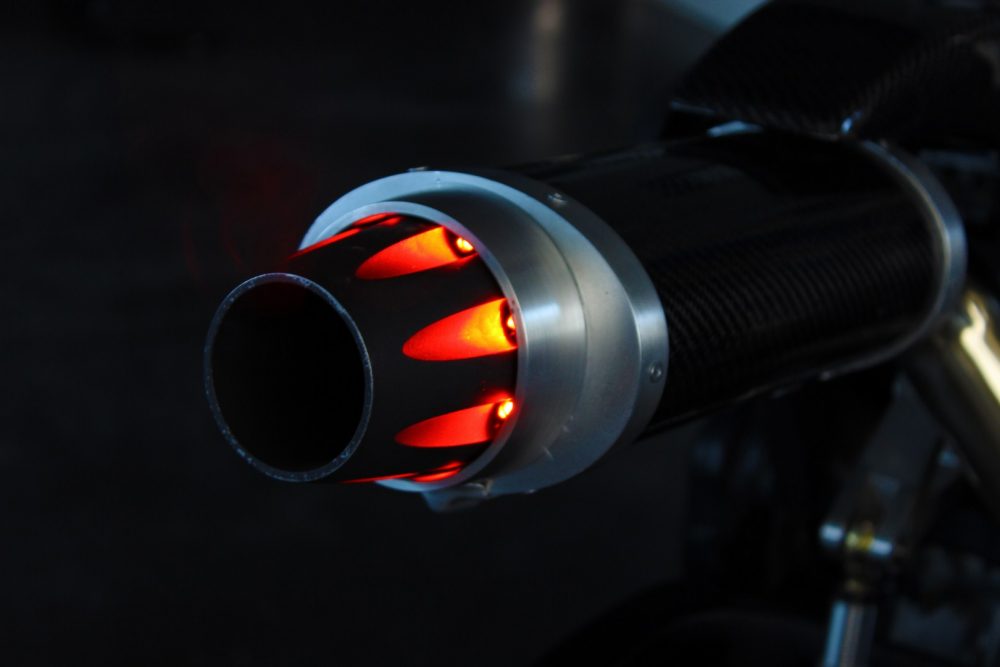 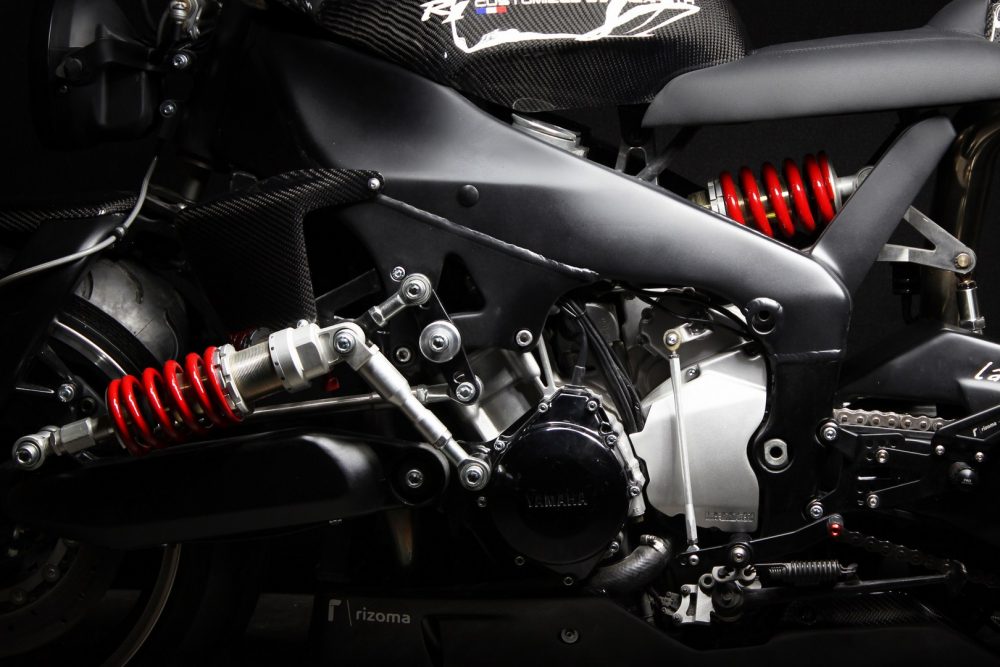 If you love modified motorbikes that are overflowing with futuristic design flair, this amazing machine from French petrolhead, Ludovic Lazareth, will unquestionably be right up your street to and you’ll be delighted to hear that this phenomenal contraption could be yours for around $53,000.