When we think of everyday carry here at Coolector HQ, one of the first brands to spring to mind is invariably that of Machine Era Co. So, needless to say, when we discovered they were launching a new brand called Makerset, focusing on the pen market, we were excited to say the least. Their flagship offering, the Makerset Compact Field Pen can be found tearing it up on Kickstarter as we speak and, as we’ve come to expect, the craftsmanship is second to none. 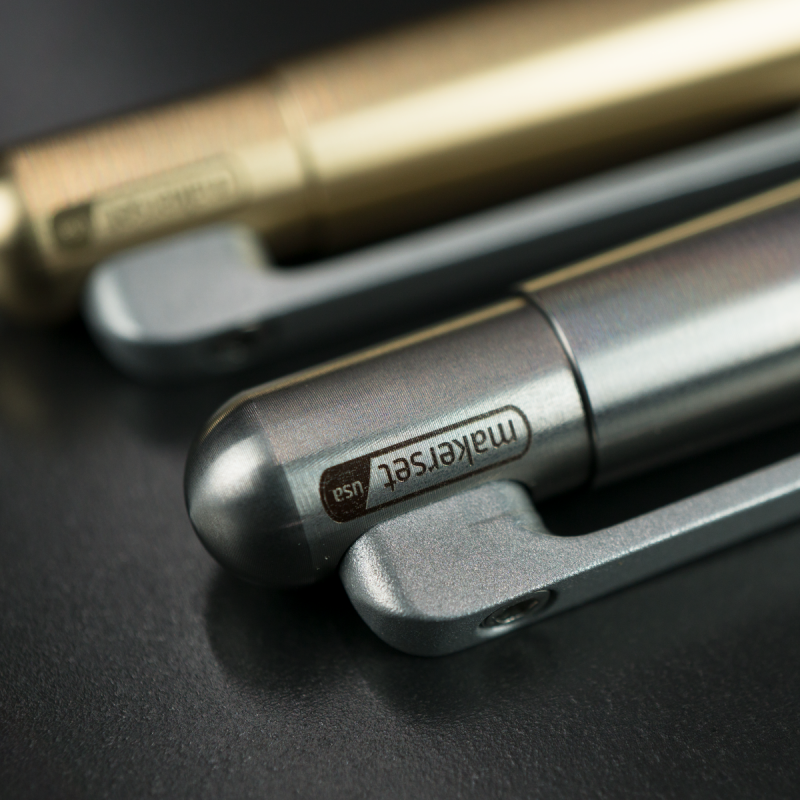 The Makerset Compact Field Pen is the sort of stationery that will form the cornerstone of your EDC line up and for those who really appreciate impeccable craftsmanship, it really is in a league of its own. This cracking piece of stationery from Makerset lets you quickly change out your favorite D1 ink cartridges with their precisely machined, perfectly balanced EDC pen and for anyone on the hunt for new additions to their everyday carry line up, this is sure to tick plenty of the right boxes.

A Pen For All Occasions

If, like most men, you want a pen that is just as at home in the office as it is out on a hiking trail, this Makerset Compact Field Pen, which is funding on Kickstarter now, is certainly the one for you. One of the stand out features of this top notch pen is its quick change functionality which lets you easily swap cartridges. It boasts a rear mounted mechanism assembly which unscrews from the body with just a few turns, and lets you use different types, or colours of ink in just a matter of seconds – a feature which is sure to appeal to stationery fans. 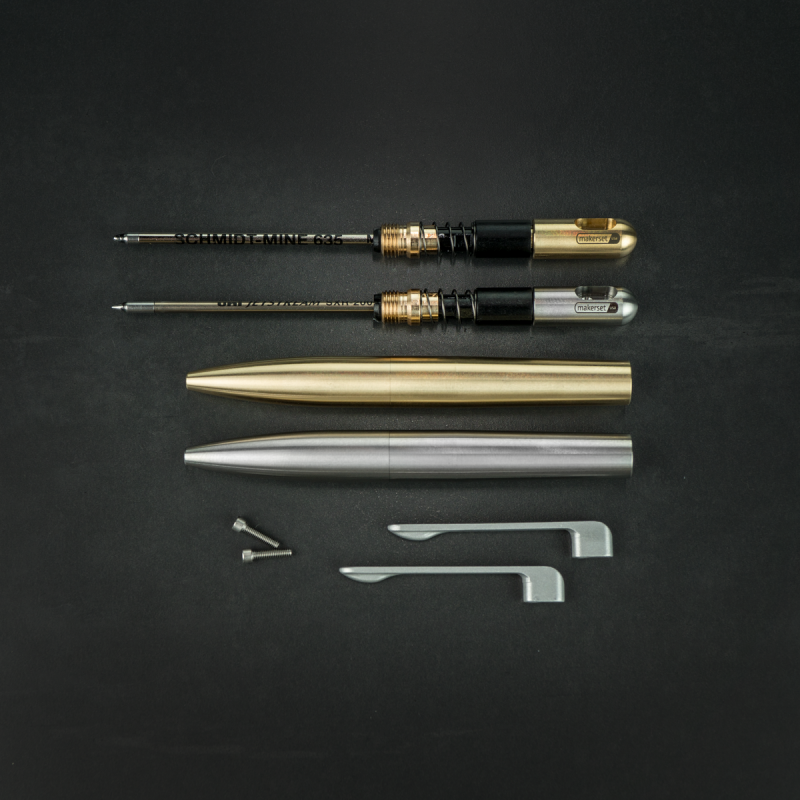 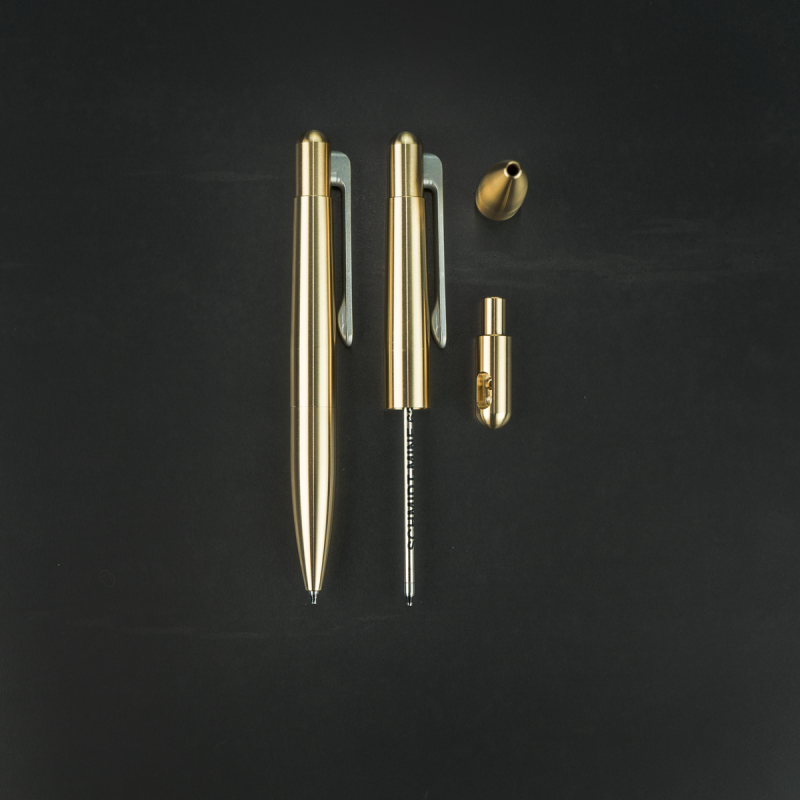 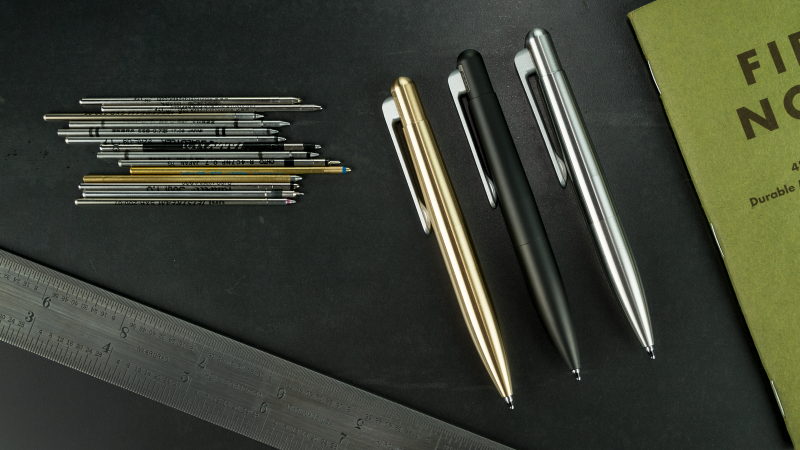 The Makerset Compact Field Pen on Kickstarter is click activated with a precision, machined body that ergonomically feels fantastic in the hand is weighted to perfection for the ultimate in writing comfort. The solid, robust look and feel of these pens from Makerset ensures that they can withstand whatever adventures you end up taking them on and, as the name suggests, they’re comfortable out on wilderness adventures so you needn’t have any concerns about them holding up out in the wild. 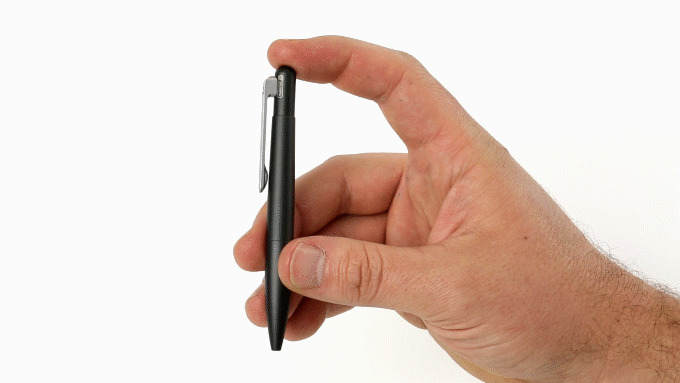 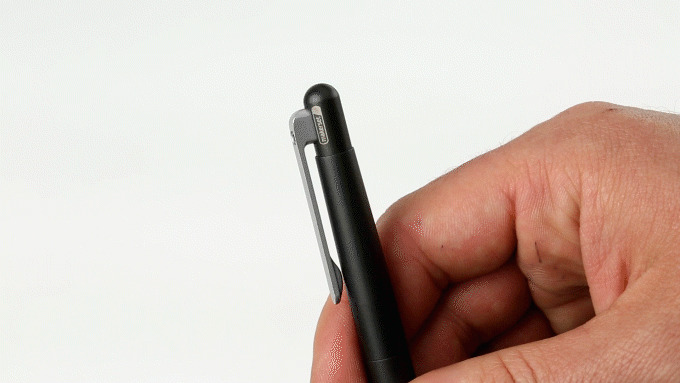 Available in a number of different but equally as awesome materials – such as stainless steel, brass and black DLC – on Kickstarter, you can pick the variety that best fits in with your particular EDC line up and aesthetic. These magnificently well crafted and versatile Compact Field Pens from Makerset are just about as durable and robust as stationery gets and boast the same sort of understated, cool aesthetic we’ve come to expect from Machine Era Co and now Makerset.

Machine Era Co are synonymous with quality goods that are built to last and this is an ethos that has been transposed into their new Makerset brand and the Compact Field Pen that is funding on Kickstarter as we speak. This magnificent looking and carefully crafted piece of stationery will be your go to pen for years to come and the fact it is so easy to swap out cartridges and colours adds to its appeal still further. 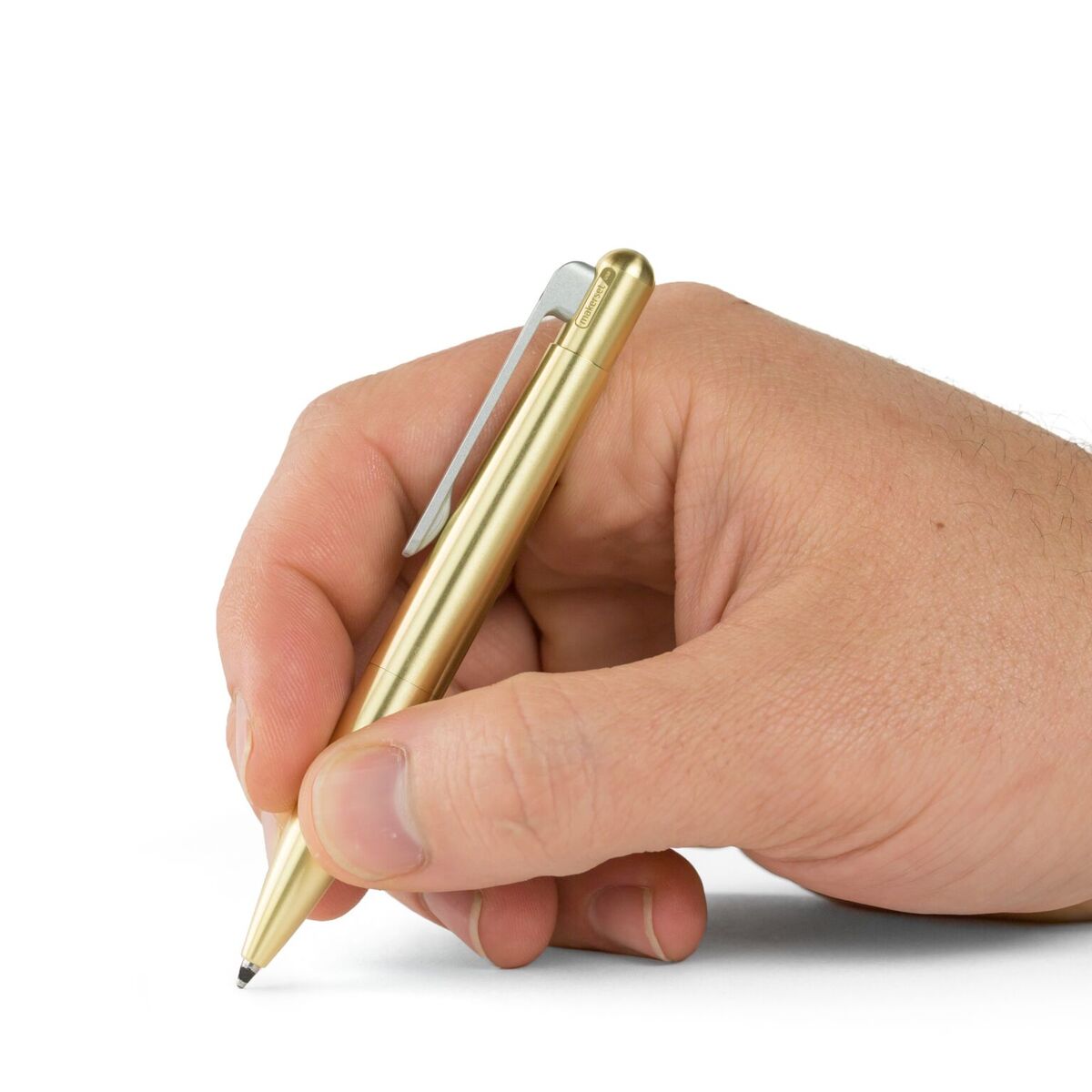 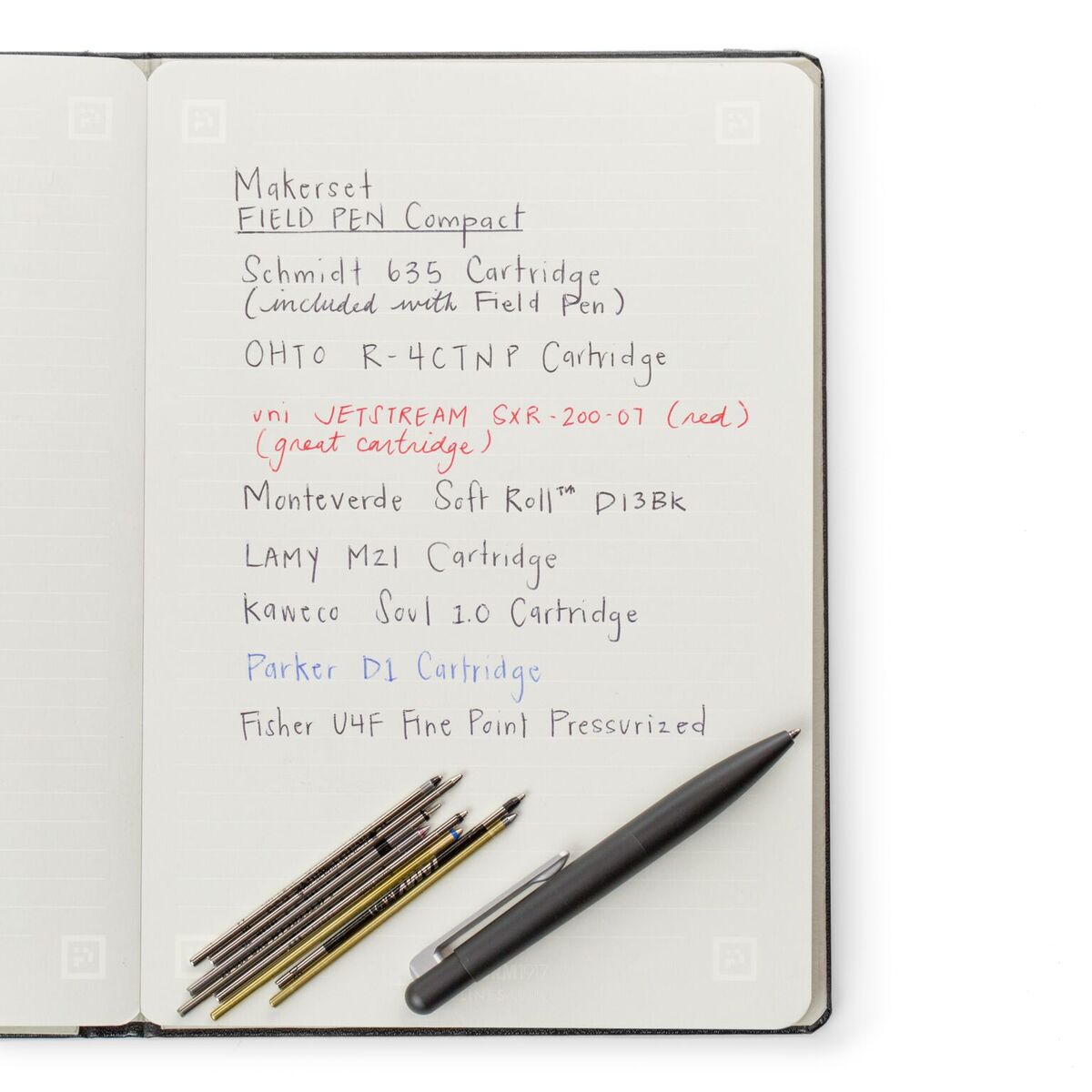 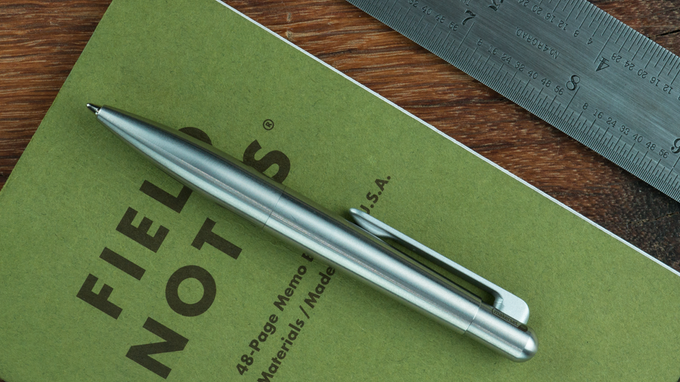 The Makerset Compact Field Pen has already stormed past its funding target on Kickstarter and this really is testament to the high regard in which these wares are held and the fact that it is such a functional and versatile piece of EDC. If you’ve liked what you’ve seen, then head on over to Kickstarter and add one of these exemplary pens to your everyday carry line up for 2018 and beyond.

Written By
Leo Davie
More from Leo Davie
We, like most people today, have got our fair share of tech...
Read More