For anyone who is a fan of watches, there is something that bit more appealing about getting your hands on a limited edition timepiece and if you’re looking for the next one for your collection, you’ve found a prime candidate in the shape of this Marloe Haskell Black Edition Watch which is limited to just 100 pieces and is selling out fast. We’ve featured the majestic looking watches of Marloe Watch Company a few times now and this limited edition offering is definitely one of our favourites to date.

The Marloe Haskell Black Edition Watch is available for the thoroughly reasonable price tag of £845 and for those wanting a high end, limited edition timepiece for under £1k, you’ll not find many better options for your wrist. Boasting a British design and Swiss craftsmanship, this impeccable release is the best of both worlds in our opinion here at Coolector HQ and we’re loving the stealthy vibes of this effortlessly cool timepiece.

Marloe Watch Company are a watchmaker that are relative newcomers to the market but they’ve wasted no time at all in establishing a lofty reputation based upon an excellent series of releases, of which the Haskell Range is probably our favourite here at The Coolector and now they’ve added this Limited Edition Black version to the mix, it’s really the icing on the cake. It is a celebration; of achievement, of reaching your goals, of creating something of significance and importance and it adds an unparalleled dapperness to your wrist. 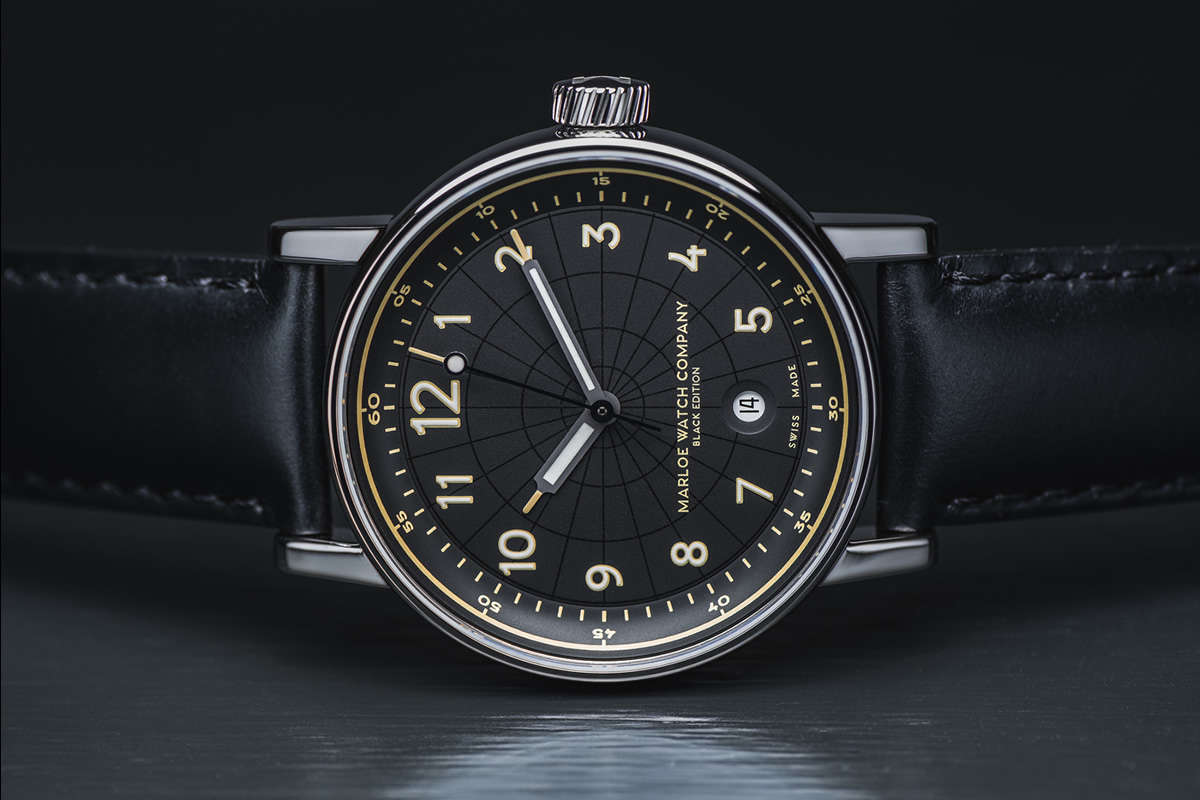 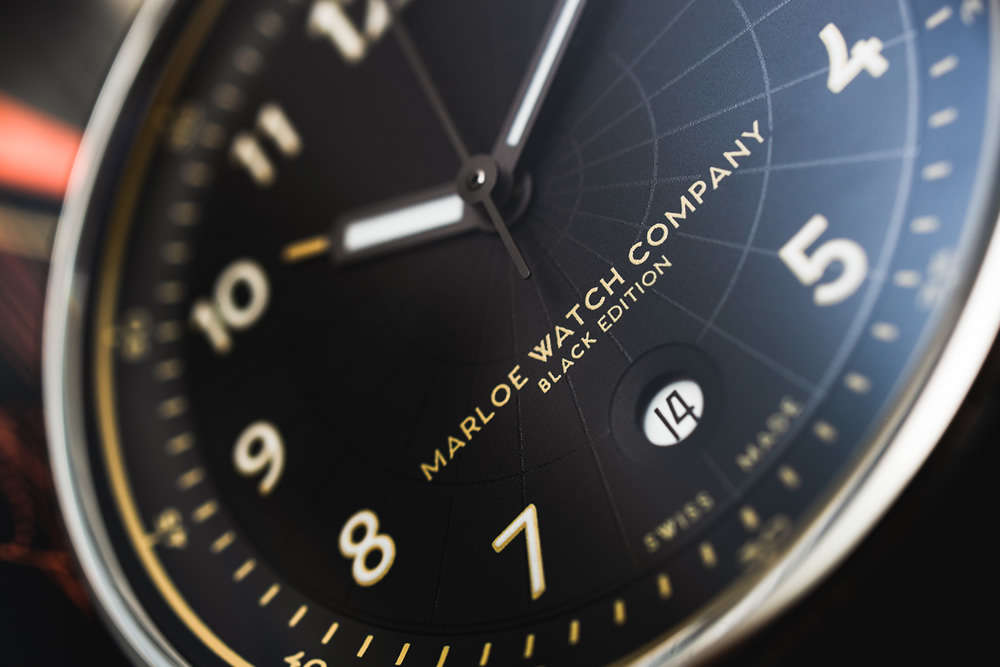 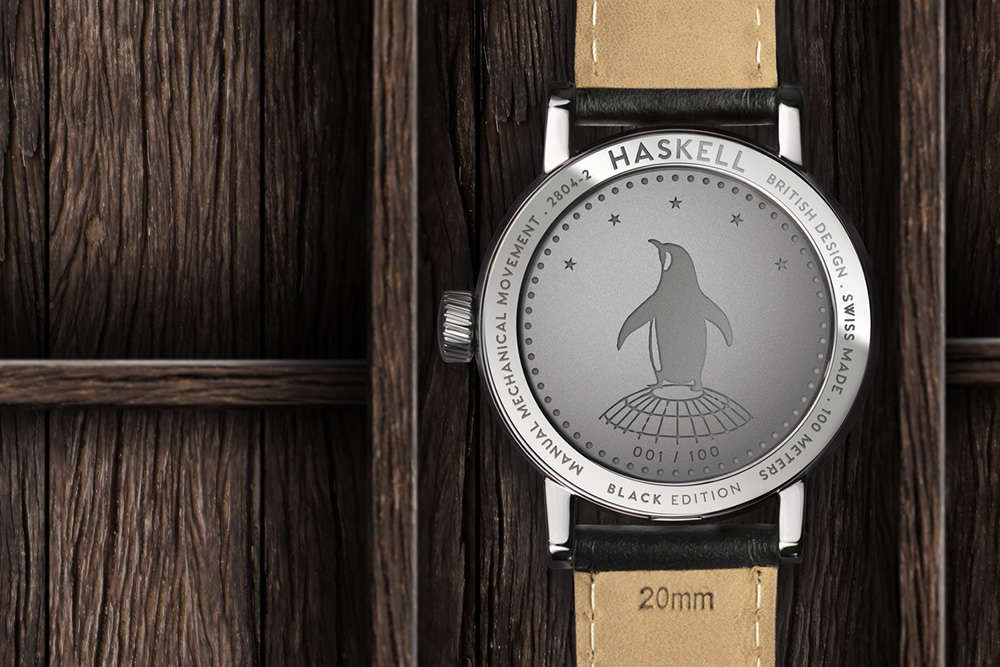 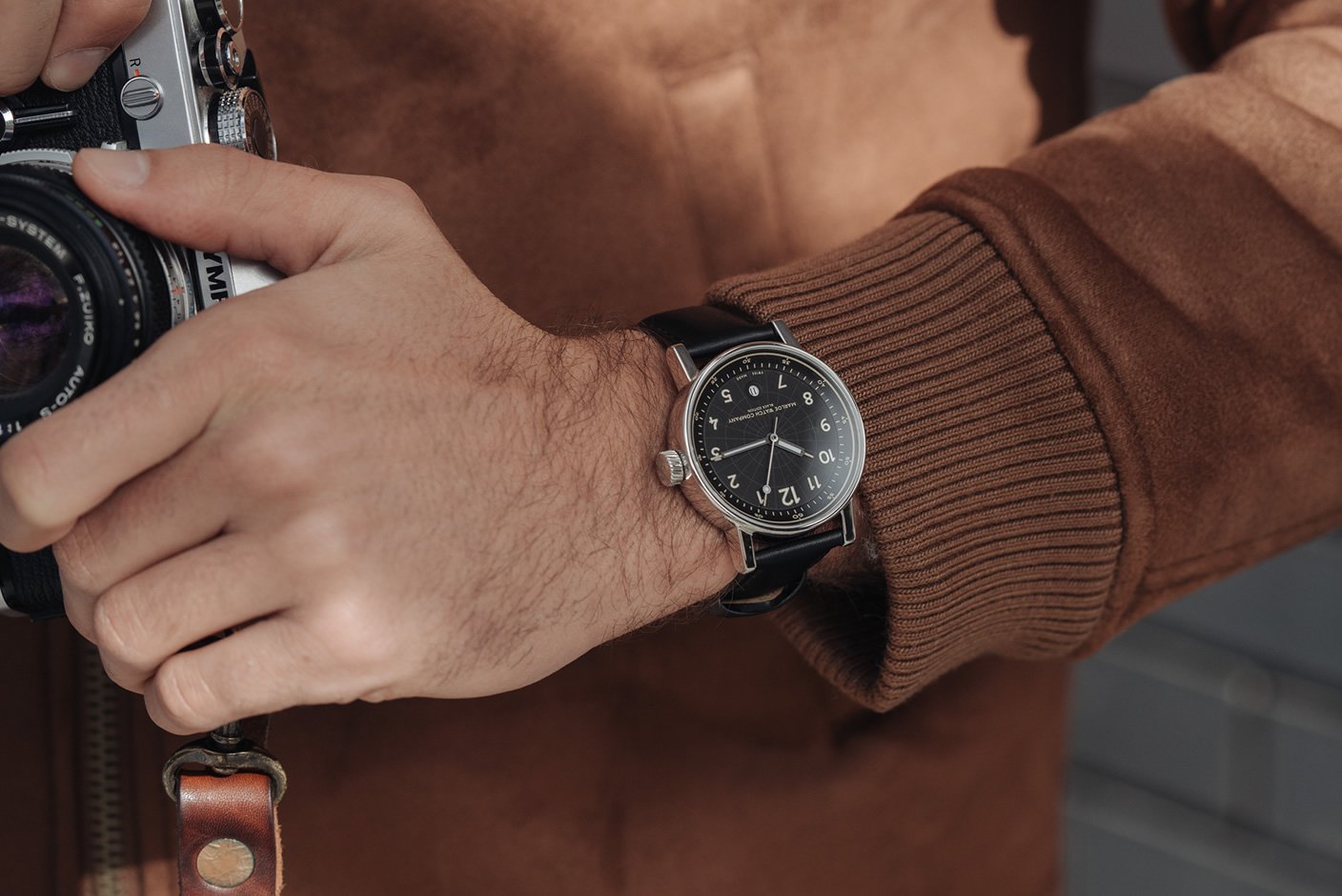 The Haskell Black Edition Watch from Marloe Watch Company (£845) takes its colour cues from the Terra Nova ship, along with some nods to the people it carried. This fiendishly stylish Black Edition Watch is a very special low-run edition in the Haskell fleet and with so few being made available, it is inevitable that it won’t be hanging around on the shelves for long so make sure you move quickly if you want to bag one of your own.

Boasting an updated dial design to give understated depth, dynamics and contrast to the finished product, it’s hard not to be won over by the stealthy style of the Black Edition Haskell. Firstly you’ll note that the dial is black, directly inspired by the blackened hull of the Terra Nova. Marloe have used a multi-layer printing technique for the main numerals, which feature a thin border of gold around a central mass of BGW9 Superluminova. By layering up the luminous compound, they have achieved a brightness and longevity of glow far superior to a single layer offering.

A Celebration of Captain Scott

Named after the Haskell Strait, a small stretch of frozen water that the Terra Nova Expedition team, led by Captain Scott, needed to cross to begin their quest to reach the South Pole before any other. The ship that carried them to the Antarctic was the Terra Nova and the colour scheme of the Black Edition Haskell is uncomplicated. Marloe didn’t want to create confusion or dilute the purity of the three main colours; black, gold and white and the end result is a beautifully balanced timepiece that we’re loving here at The Coolector. 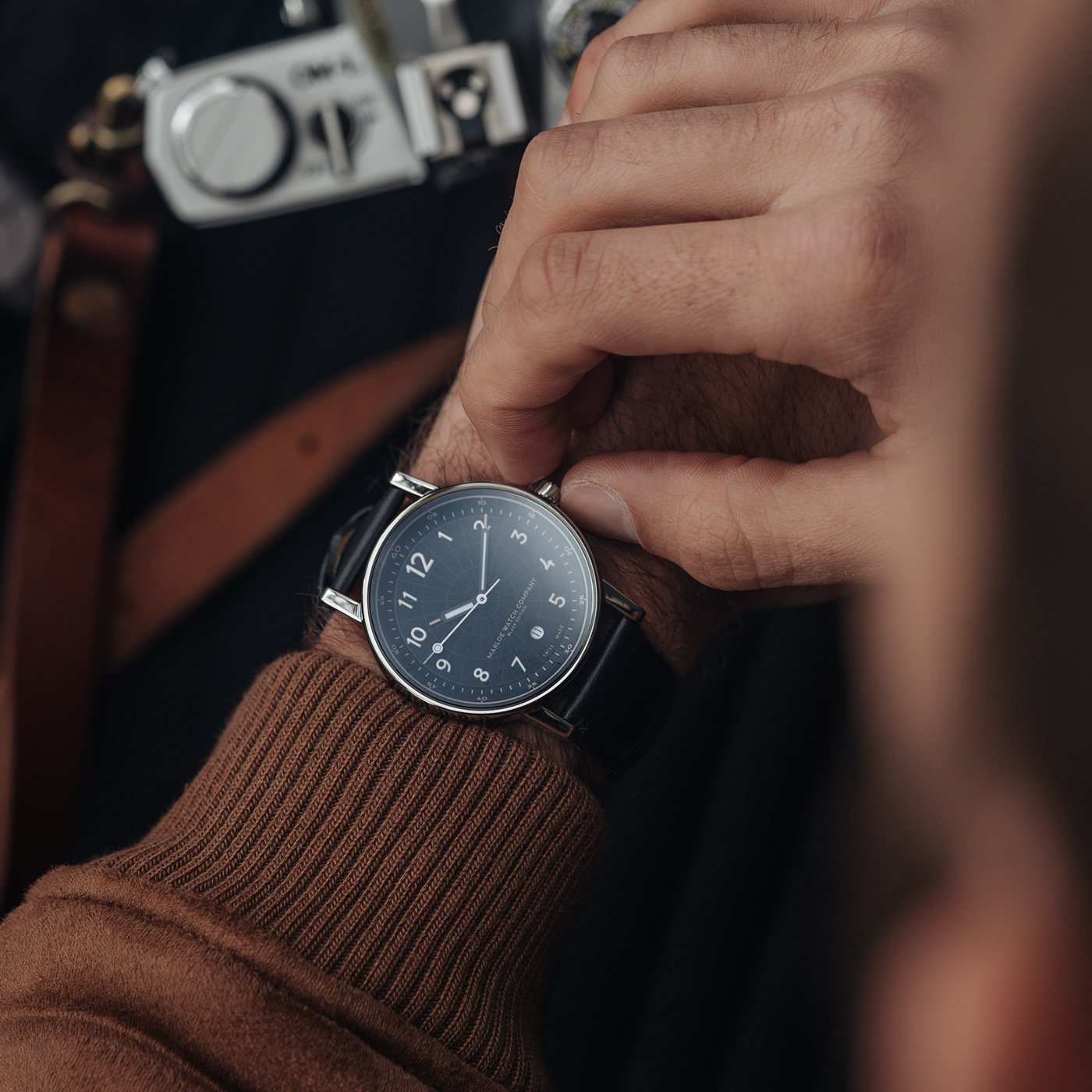 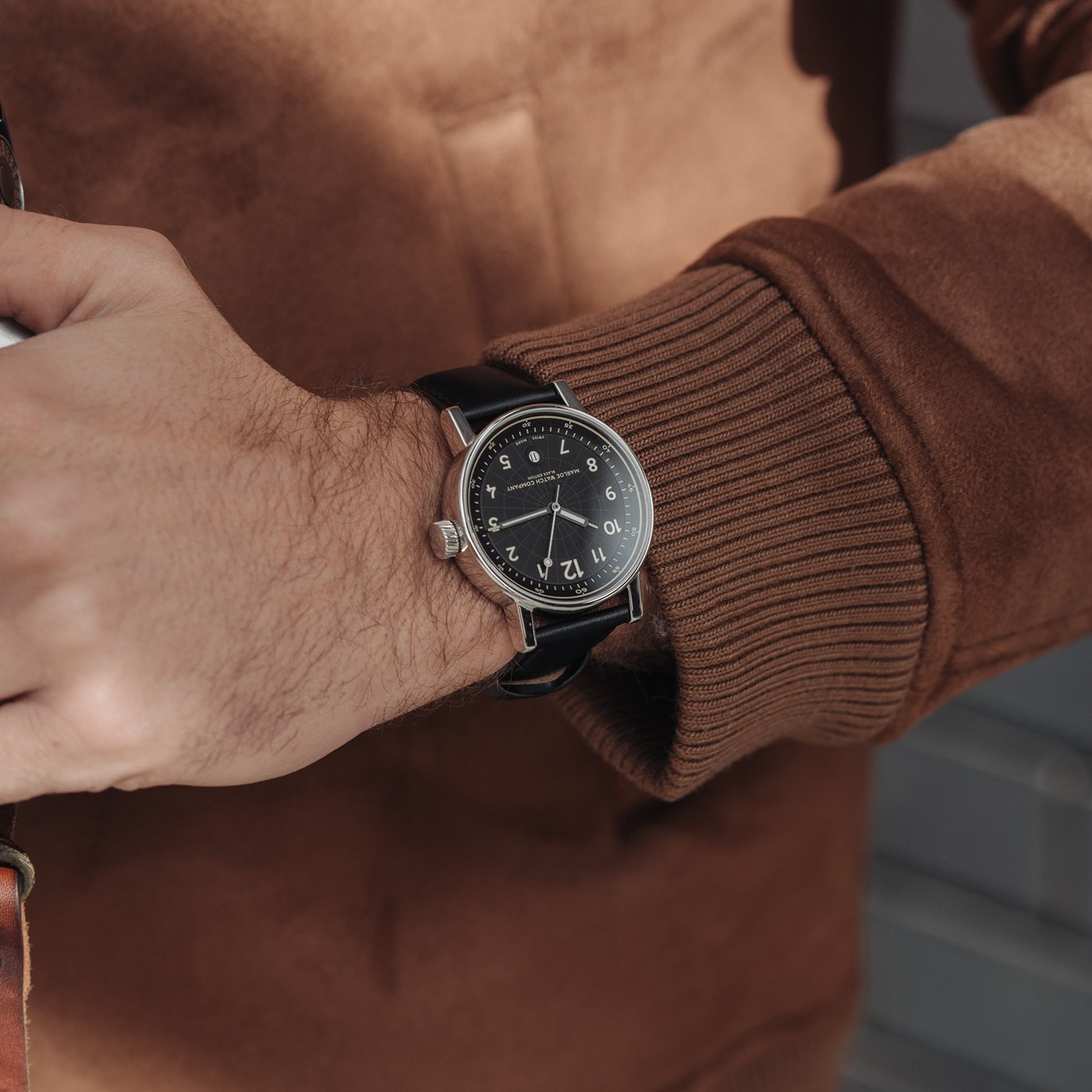 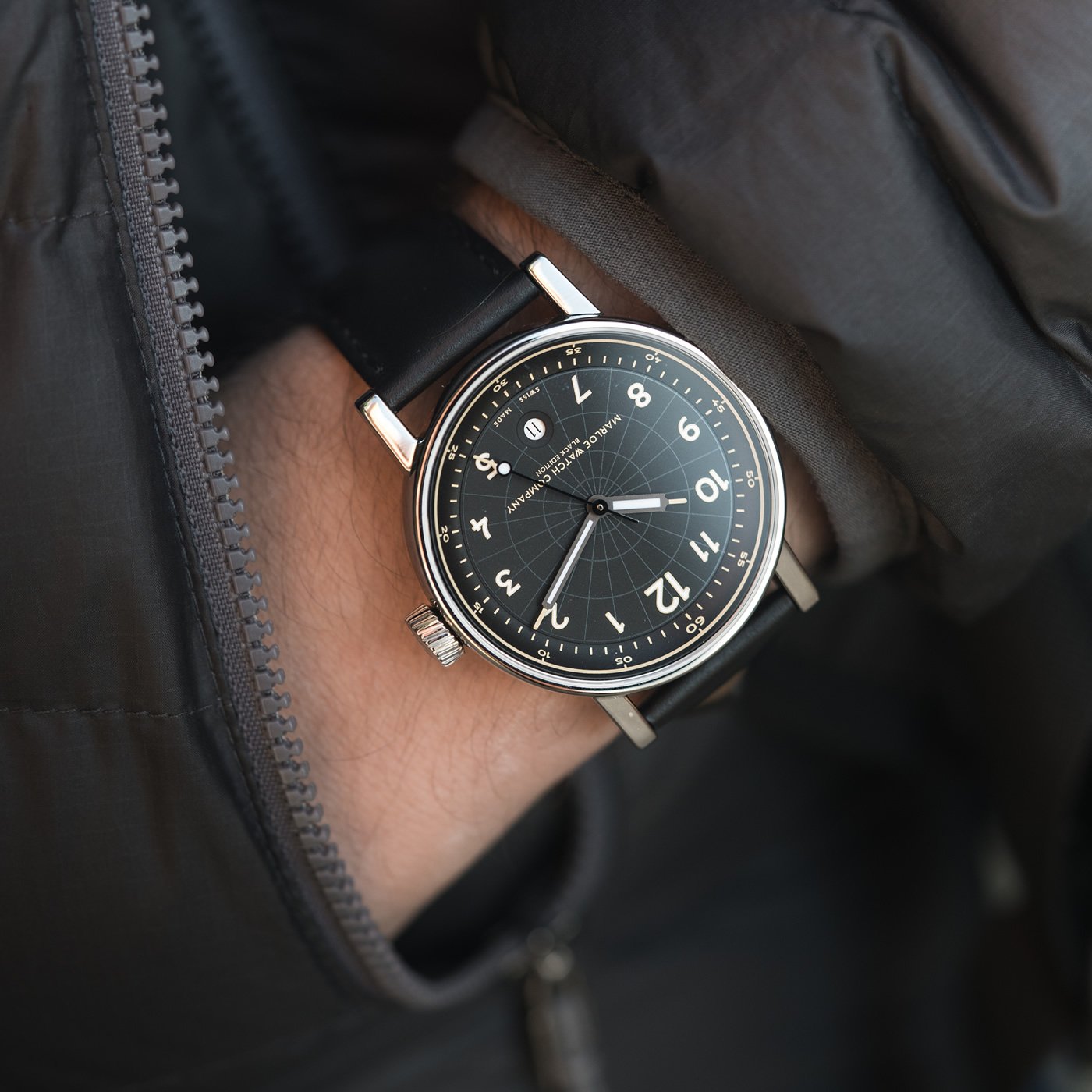 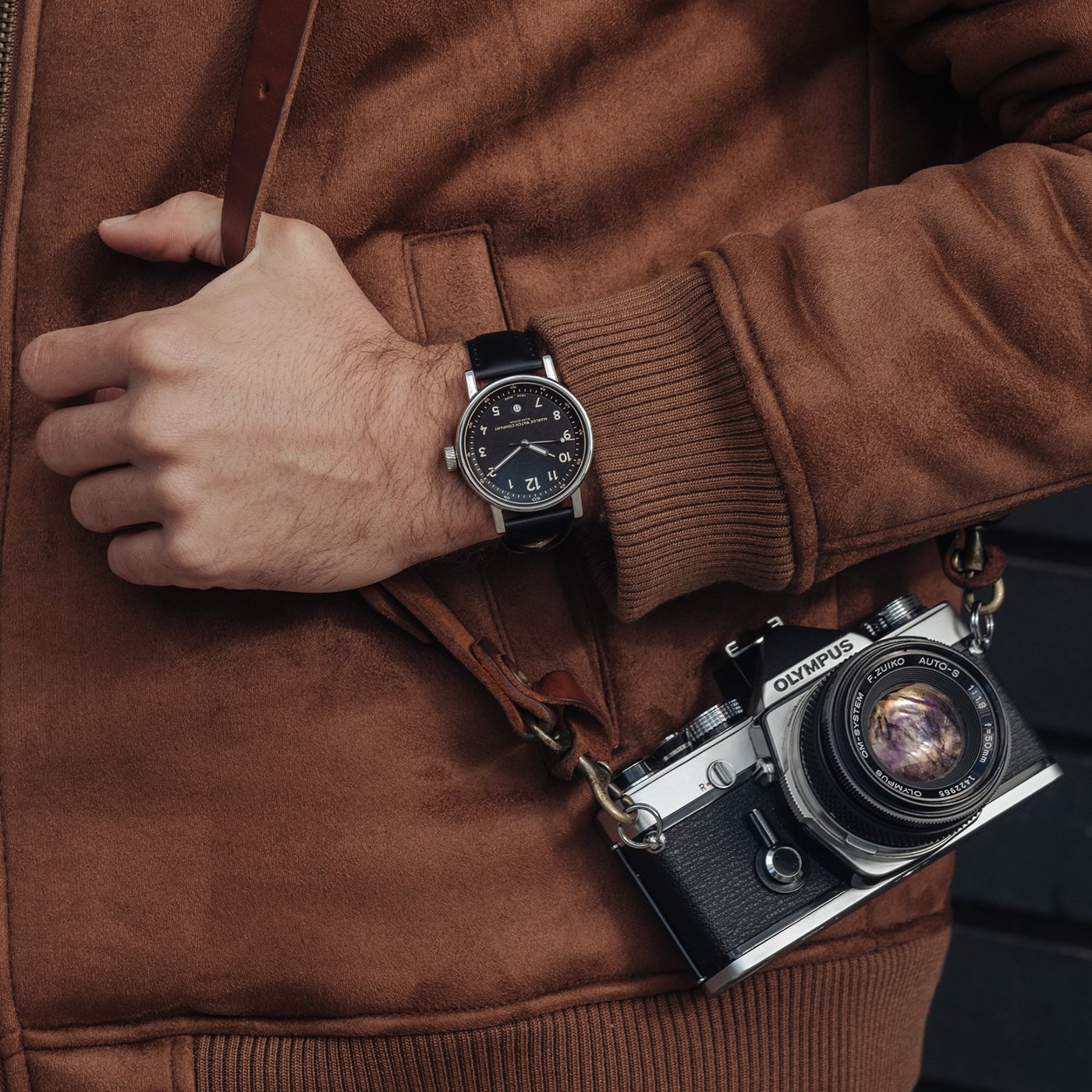 There is a devilish detail to the Black Edition Haskell and Marloe have printed a subtle, almost imperceptible radiating map grid on the main dial, taken from the map used during the Terra Nova Expedition. In a rare diversion, the Marloe logo is not underneath the 12 marking. Instead we have placed our name in its entirety along the southern hemisphere of the dial; a nod to the tradition and style of decorating the aft of a ship with its given name. Priced at just £845 and only 100 being made – make sure you move quick.