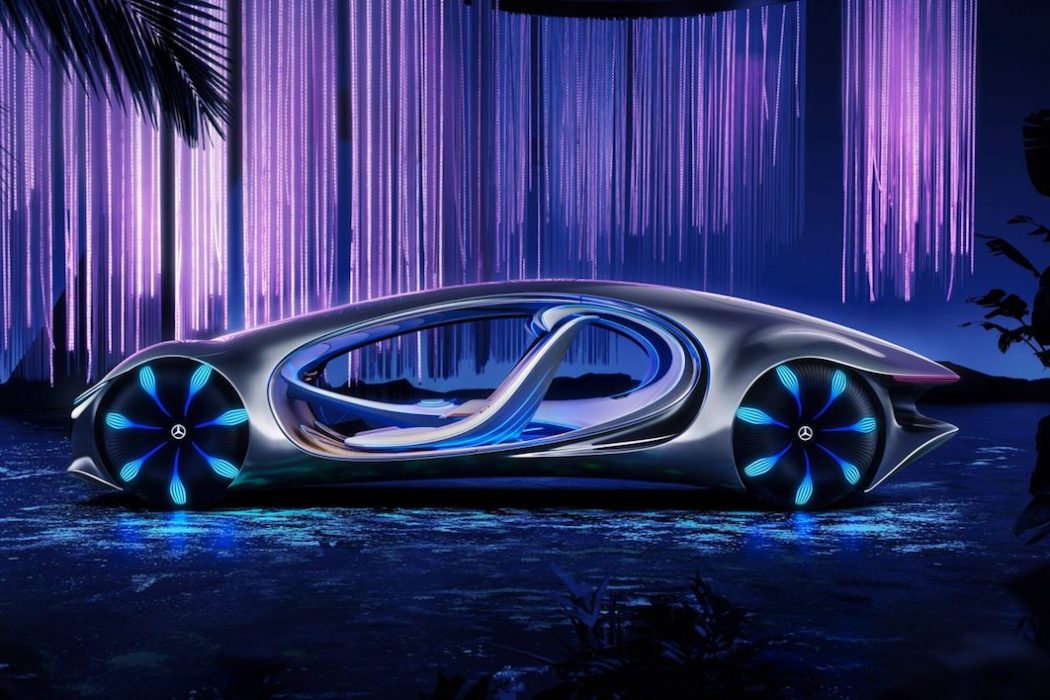 It’s exciting to think what cars of the future may potentially look like and this stunning Mercedes Vision AVTR Concept is as good as approximation as you’re likely to see. It was recently unveiled at CES in Las Vegas and is said to have taken its design inspiration from the Avatar series of movies and this scaled covered concept car is billed as a “living creature” and an indication of what cars may be like in the distant future.

Needless to say, the Mercedes Vision AVTR Concept is no way near being released as an actual consumer vehicle but it is an exciting indication of just what might be in store in the future for motorists. Decidedly futuristic from an aesthetic point of view, this spectacular machine is positively chock full of eye-catching features which will blow your mind and wish that it was much closer to reality than is actually likely to be the case.

The influence of the Avatar series of movies is plain to see with the Mercedes Vision AVTR Concept Car and it embodies the German car brand’s vision of what mobility will look like in the distant future, with scales and a crab-like movement that is quite unlike any conventional road vehicle around at the minute. This machine is a considerably more imaginative and futuristic version of the Mercedes’ luxury saloon car which was unveiled in September 2019 at the Frankfurt Motor Show, which is set to reach production in 2021.

Fantastically futuristic, the Mercedes Vision AVTR Concept Car has definitely captured our imagination here at Coolector HQ and we dare say we’re not alone in hoping this sort of machine becomes a reality in our lifetimes. It features a structure that Mercedes calls a “one bow” proportion, which centres on a stretched profile with a long cabin, short bonnet and trunk, and expansive doors. Mercedes chose Avatar as the muse for this machine as a way to showcase a new way that people, machines and nature can interact – a central theme in the movie.

This is certainly not your average concept car design and 33 “bionic flaps” have been embedded into the back of the vehicle to replicate the scales of reptiles. These scales can communicate information to the driver and to the car’s surrounding environment via subtle “flowing” gestures. The front and rear axles of the Mercedes Vision AVTR Concept Car can be driven in the same or opposite direction, enabling the car to move sideways by around 30 degrees in the same manner as a crab, as well as forwards and backwards, giving the vehicle an animal-like performance.

Mercedes wanted to create a futuristic vehicle that had to authentically look like it came out of this amazing sustainable Avatar world and, as you can see, it’s mission well and truly accomplished on that front. It has a multifunctional control element operating through the centre of the car’s interior and this acts in place of a conventional steering wheel, and means the car and driver can connect with one another via biometric readings.

If the passenger lifts their hand, a menu selection is projected onto their palm, which they can use to select different driving functions. In an effort to deliver 100 per cent recyclable batteries, Mercedes-Benz’s Vision AVTR concept also uses battery technology which focuses on a graphene-based organic cell chemistry which doesn’t use so called “rare earths” and metals such as nickel and cobalt. Though it’s just a concept, it’s one we’ve been left completely agog by here at Coolector HQ.

We can think of few horrors more traumatising than grabbing a six pack of beers, cycling somewhere and then discovering that you’ve left your… 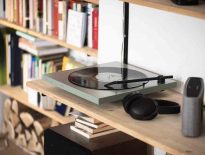 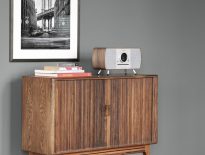