The thought of hitting the road in search of adventure is something that will appeal to a lot of men out there and if you’re looking for the ultimate adventure machine, this Niki Smart Honda XL500 Motorbike must be right up there with the best of them. This classy looking steed recently appeared at the Quail Gathering which is the motorcycle equivalent of the Pebble Beach Concours d’Elegance: a world-class display of rarified exotica and immaculate restorations, plus a few jaw-dropping customs to spice up the mix. 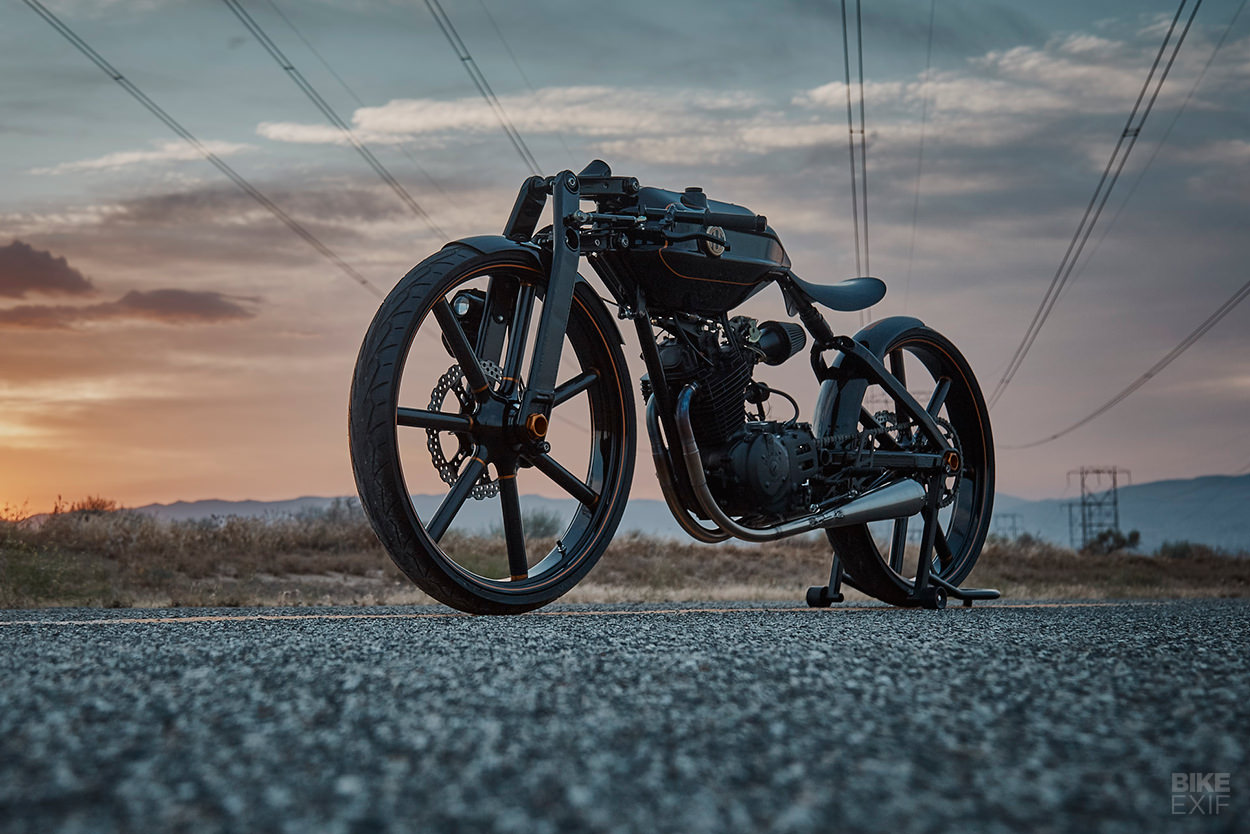 To win an award at The Quail Gathering is certainly no easy achievement but this year, Niki Smart’s stunning Honda XL500-based special won not one, but two trophies: namely, the Custom/Modified category, plus the ‘Design and Style’ award presented by Arch Motorcycles. This glorious looking ride boasts the sort of retro-vintage aesthetic that we’re big fans of here at Coolector HQ and the attention to detail really is second to none.

Niki Smart is well known in the world of motorcycles and with good reason if this spectacular Honda XL500 is anything to go by. He’s a British car designer now working in the USA and first hit the headlines as the lead designer on the Ariel Atom sports car before following that up with concept cars for Cadillac. More recently, Smart was a design manager for General Motors, working with the Advanced Design team in Los Angeles and he has put all his creative talents into delivering a breathtaking motorcycle here. 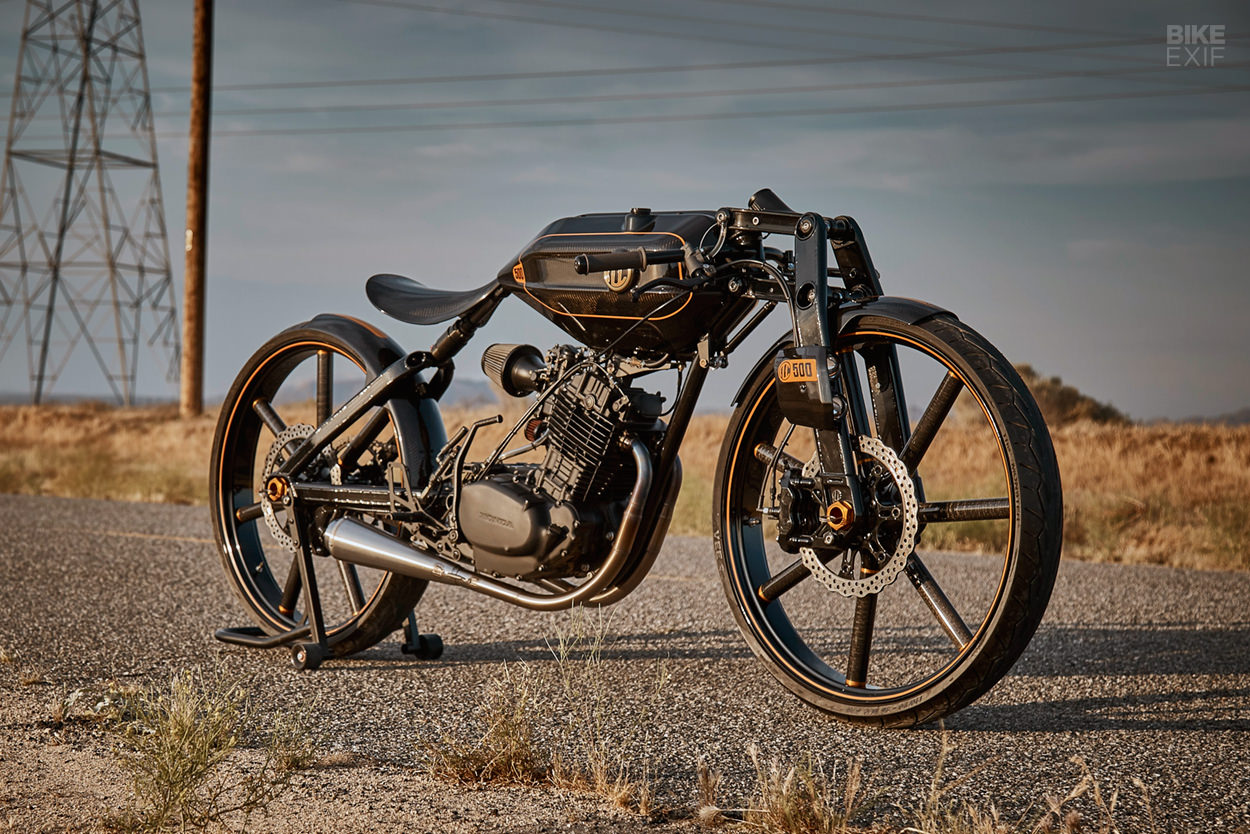 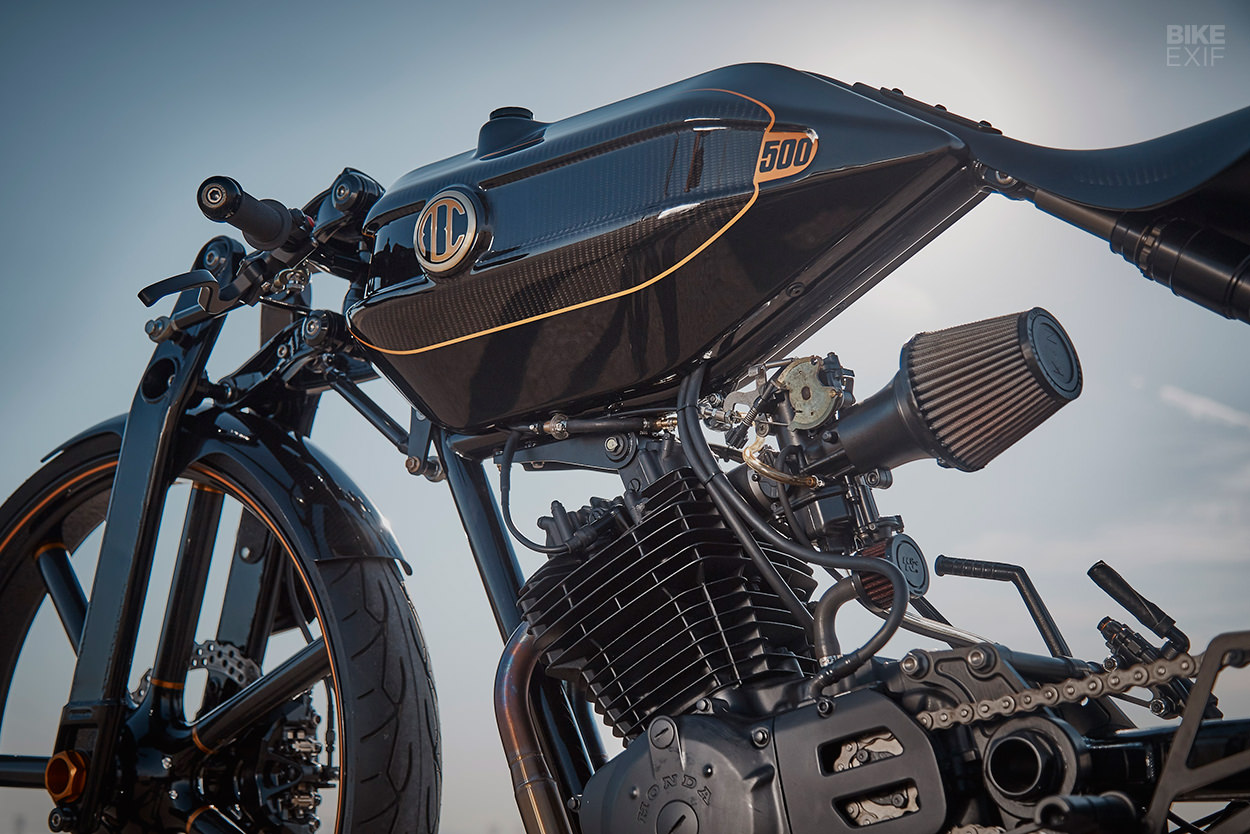 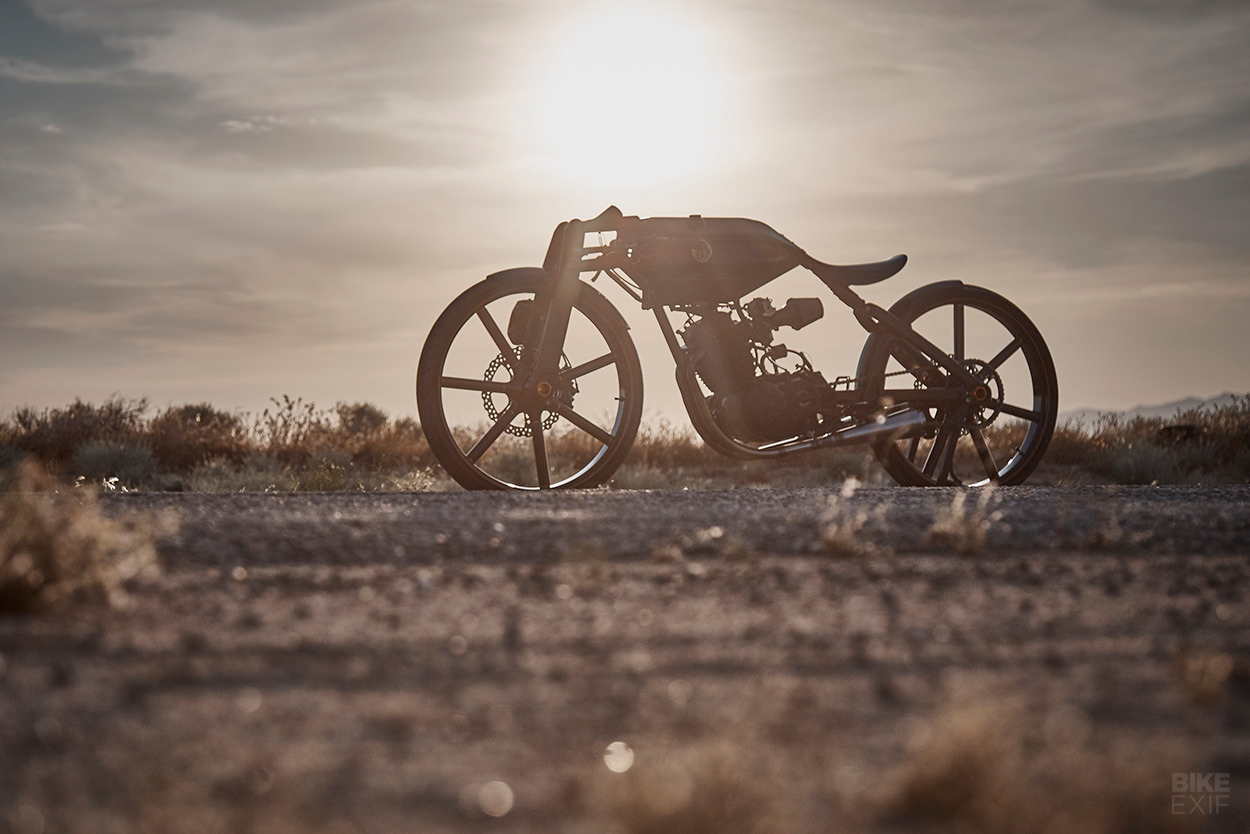 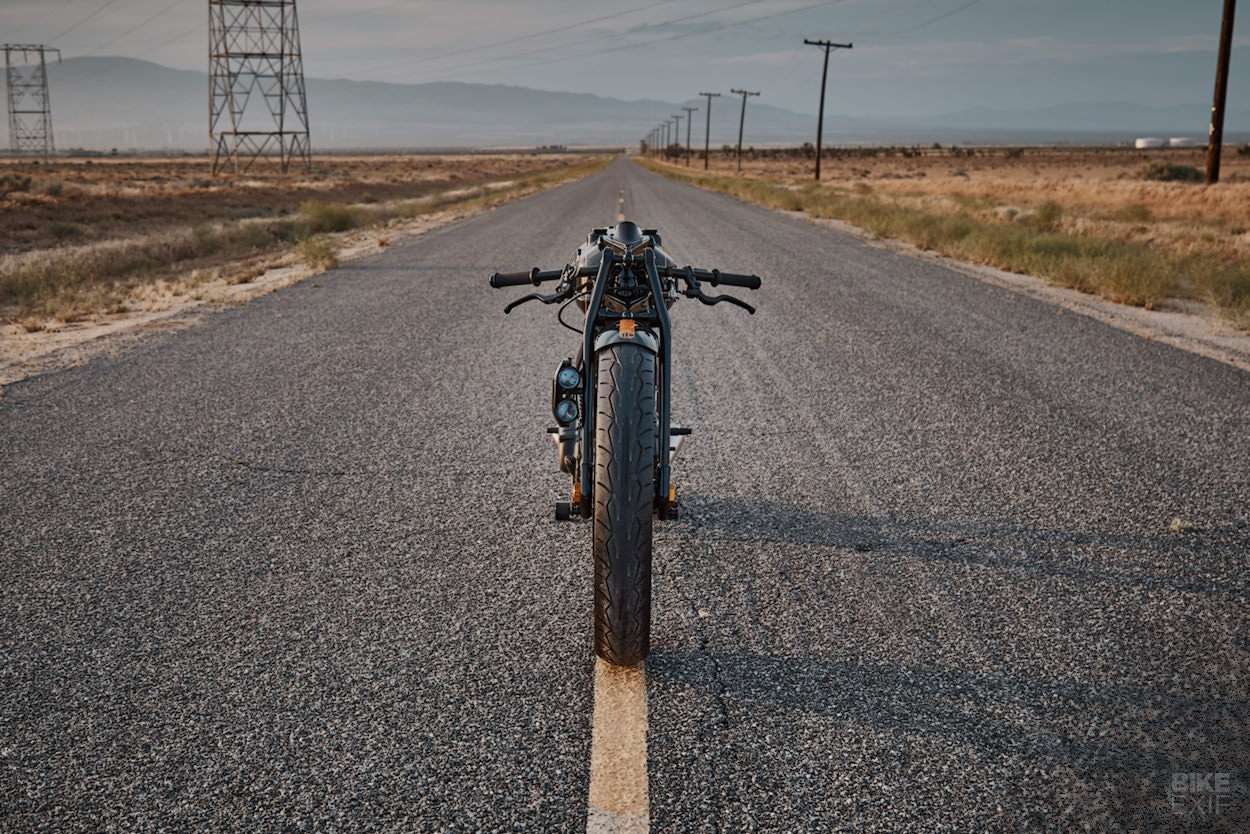 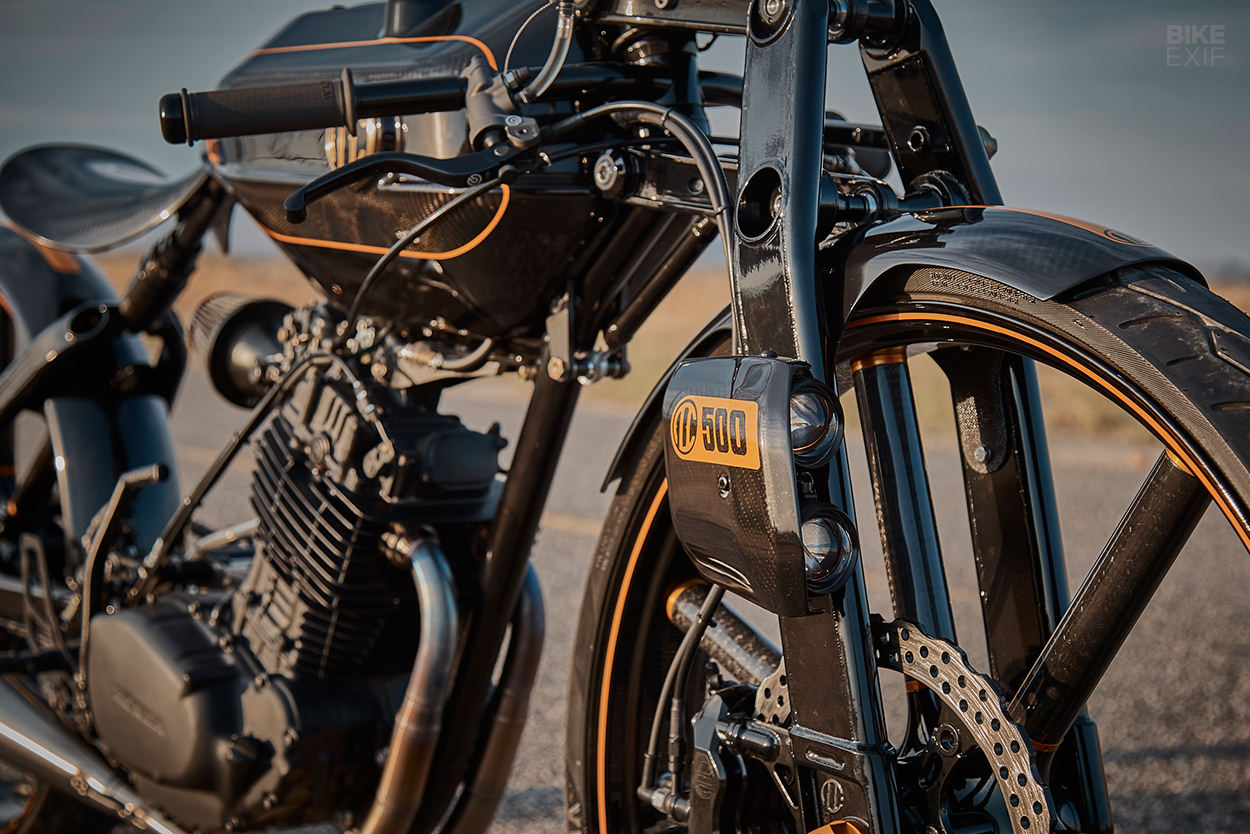 Crafted around the engine of a 1981 XL500, this amazing looking machine from Niki Smart is not your typical after-hours project and this is proven in the fact that it took over ten years to finish and had an army of bike specialists helping deliver the out of this world machine you see before you. Design inspiration came from images of boardtrack racers that Niki saw at an exhibition as he had never seen anything like the near-50 degree banking of the American board tracks and it inspired this majestic looking creation. 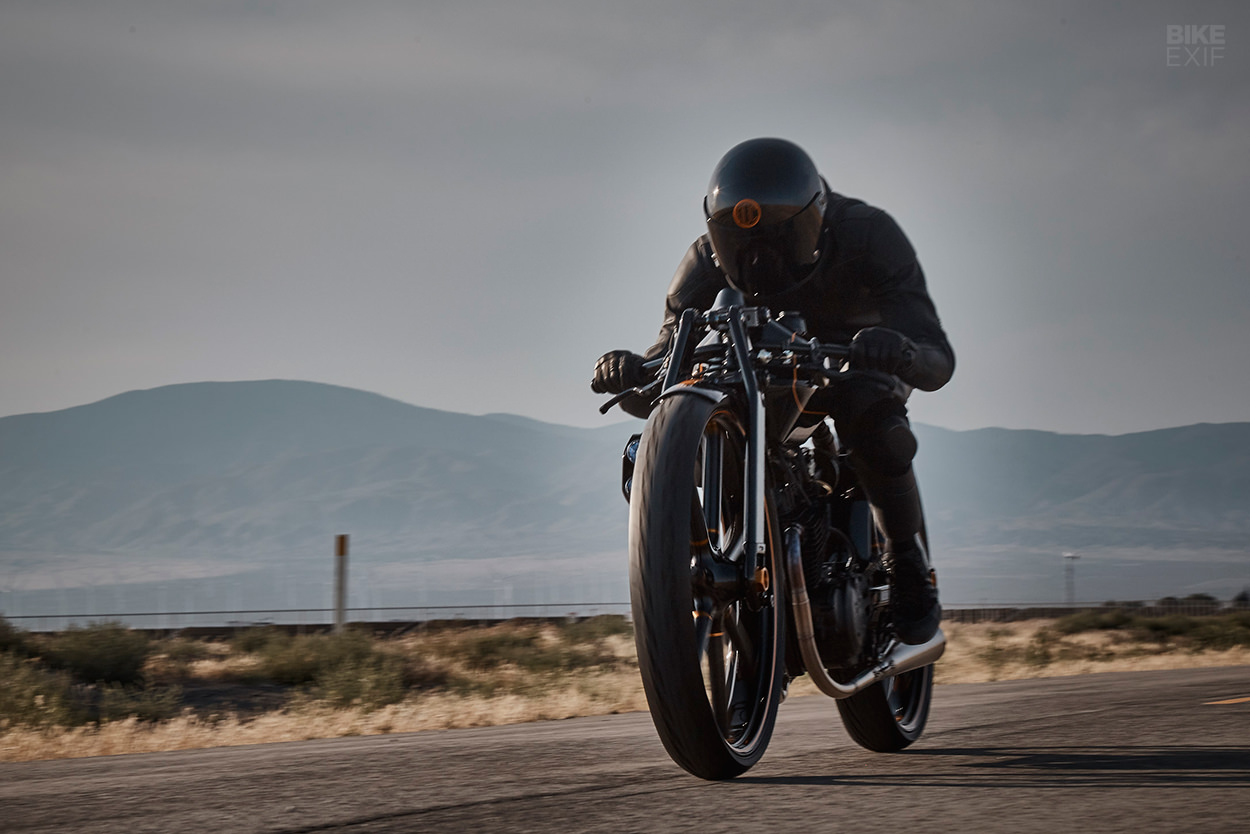 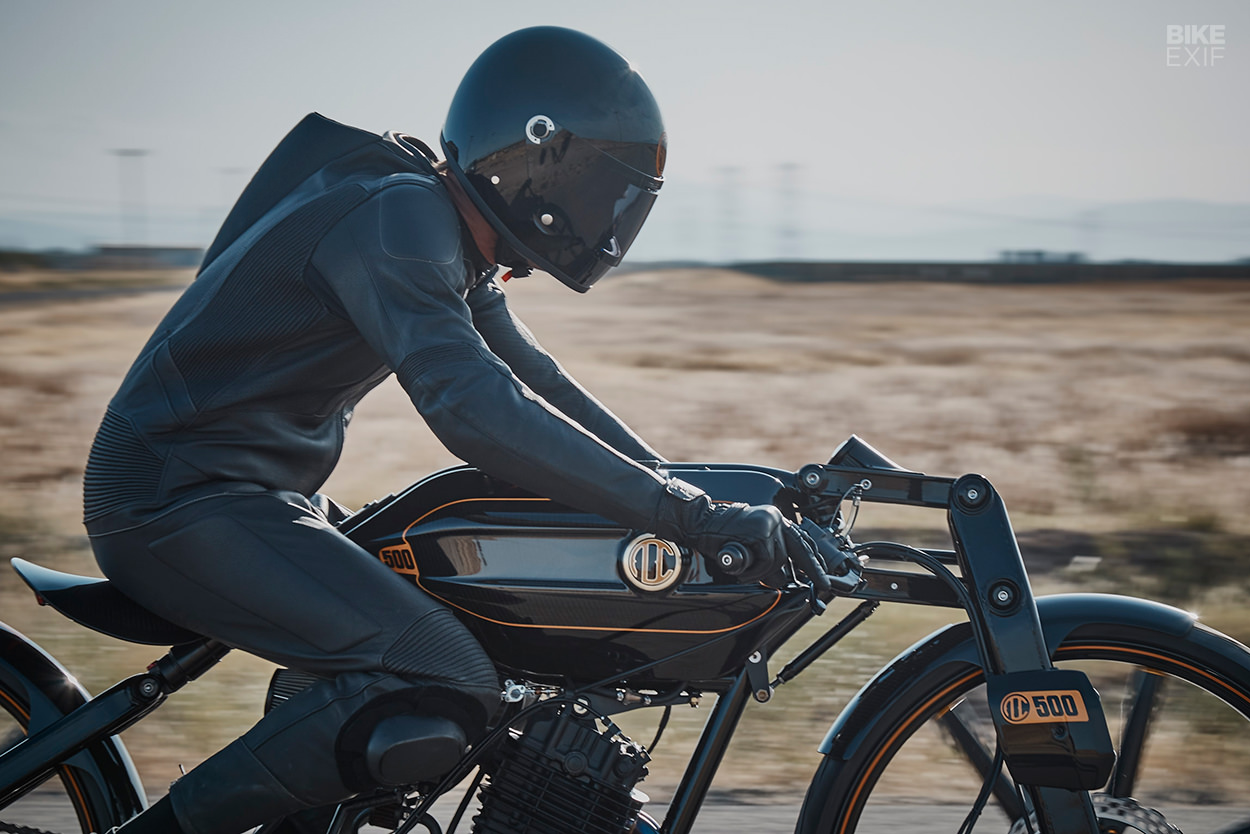 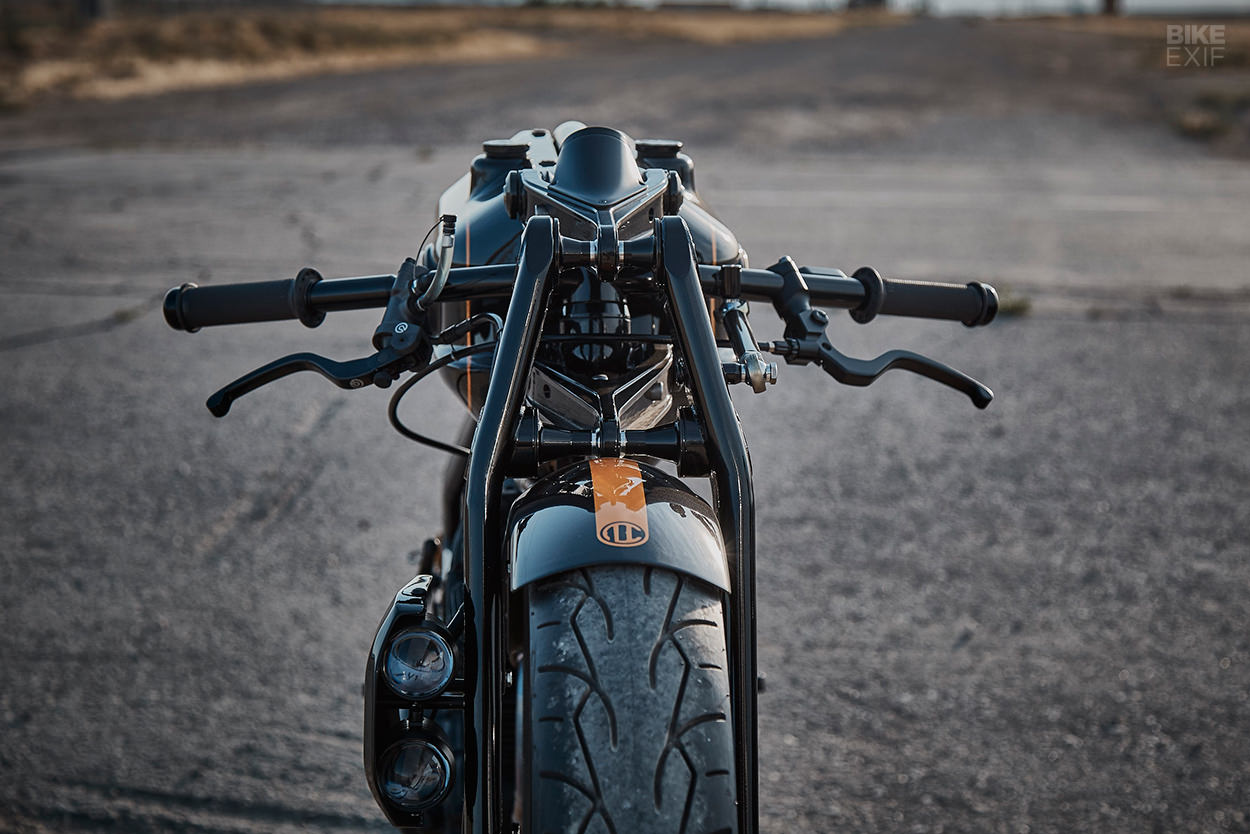 Another big source of inspiration for this cracking motorbike came from experimental European racers from the second half of the 20th century. Niki decided to use Hossack-style forks, and settled on the Honda XL500 engine for this impressive build as it has the air cooled cleanliness and overall layout that he wanted for his bike. As well as being a four valve head with parallel twin exhaust ports, the late 70s to early 80s engines also boasted more eye-catching cases and covers compared to the later XL650 so it was the ideal choice.

For Niki Smart’s Honda XL500 Motorbike, many advanced techniques were deployed to deliver the brilliant ride that the team accomplished. Smart handled all the design and fabricated the majority of the parts, but wisely handed over the CNC milling and composite laminating to the professionals. With the XL500 engine three dimensionally scanned, Niki started working on the layout and proportions and he had the tire size set at 26 inches, and aimed for a riding position that left his six-foot frame slightly stretched out. 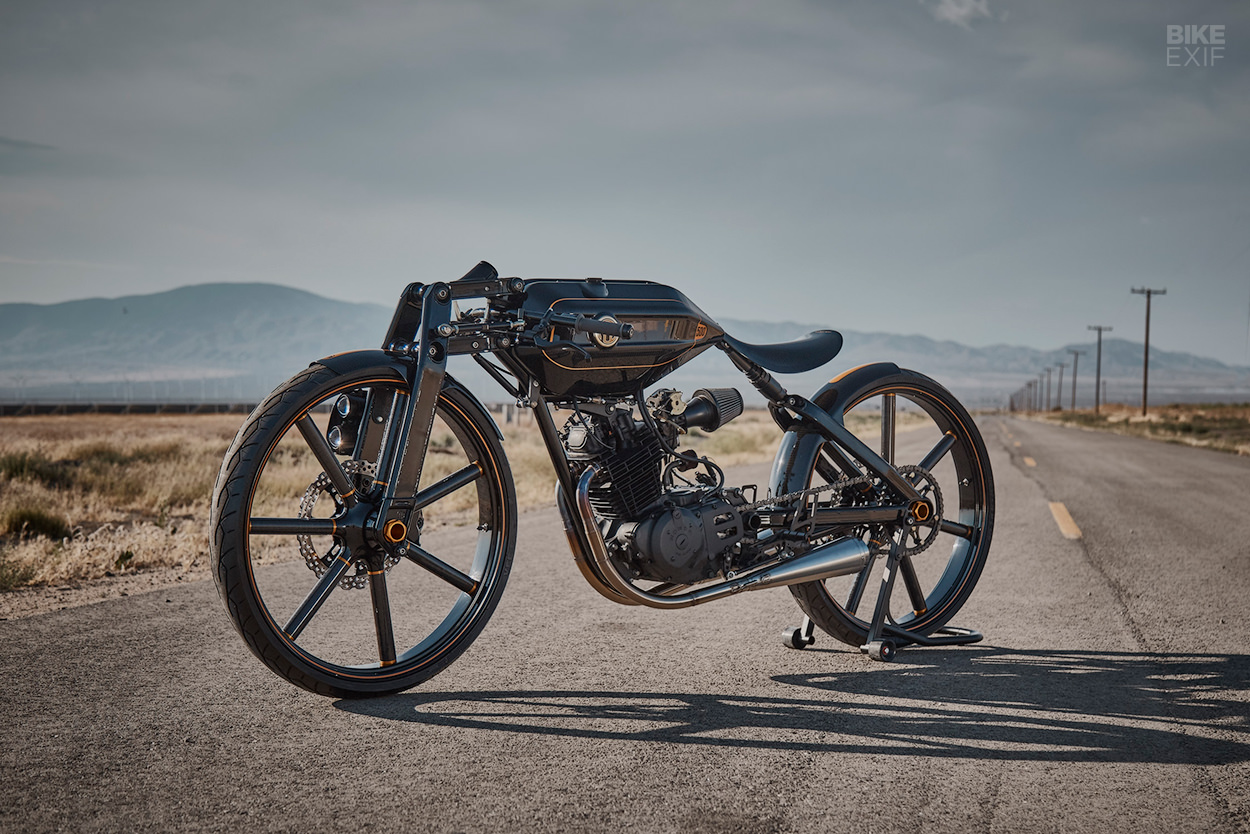 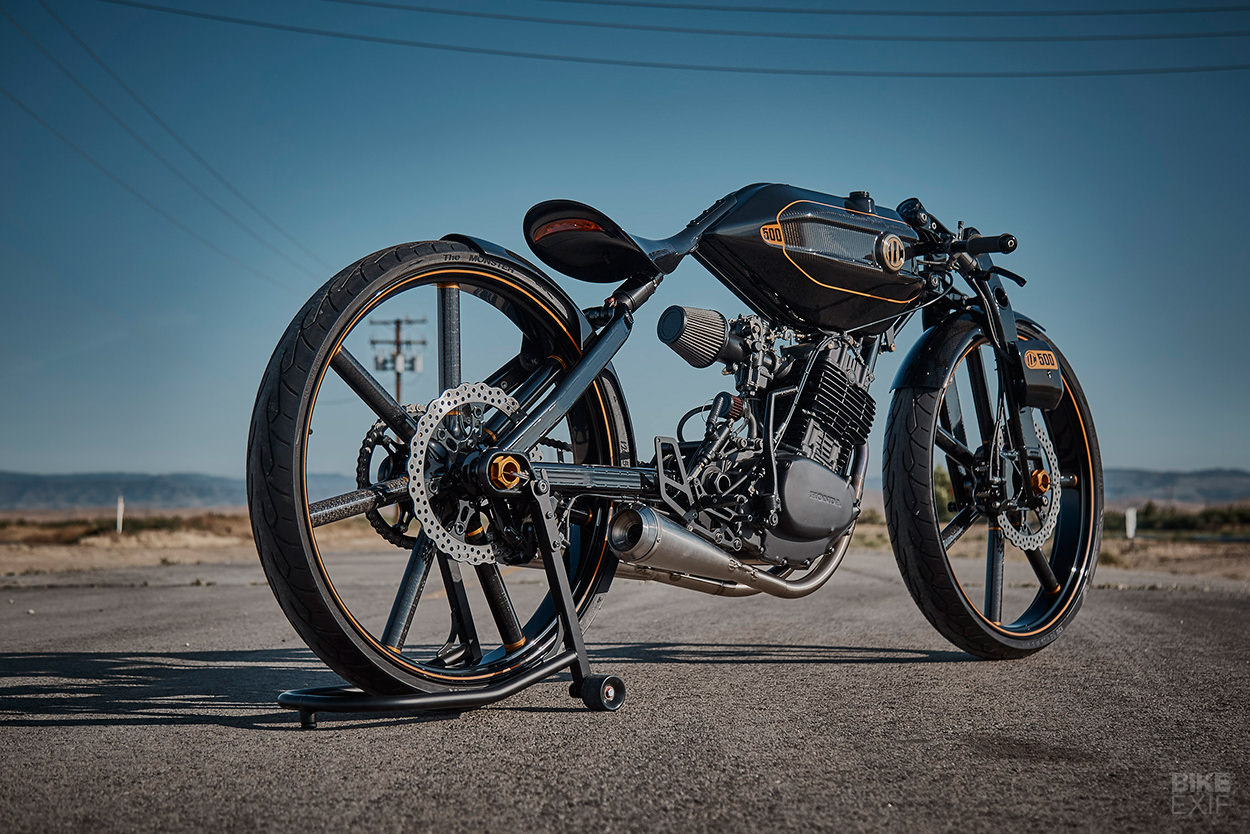 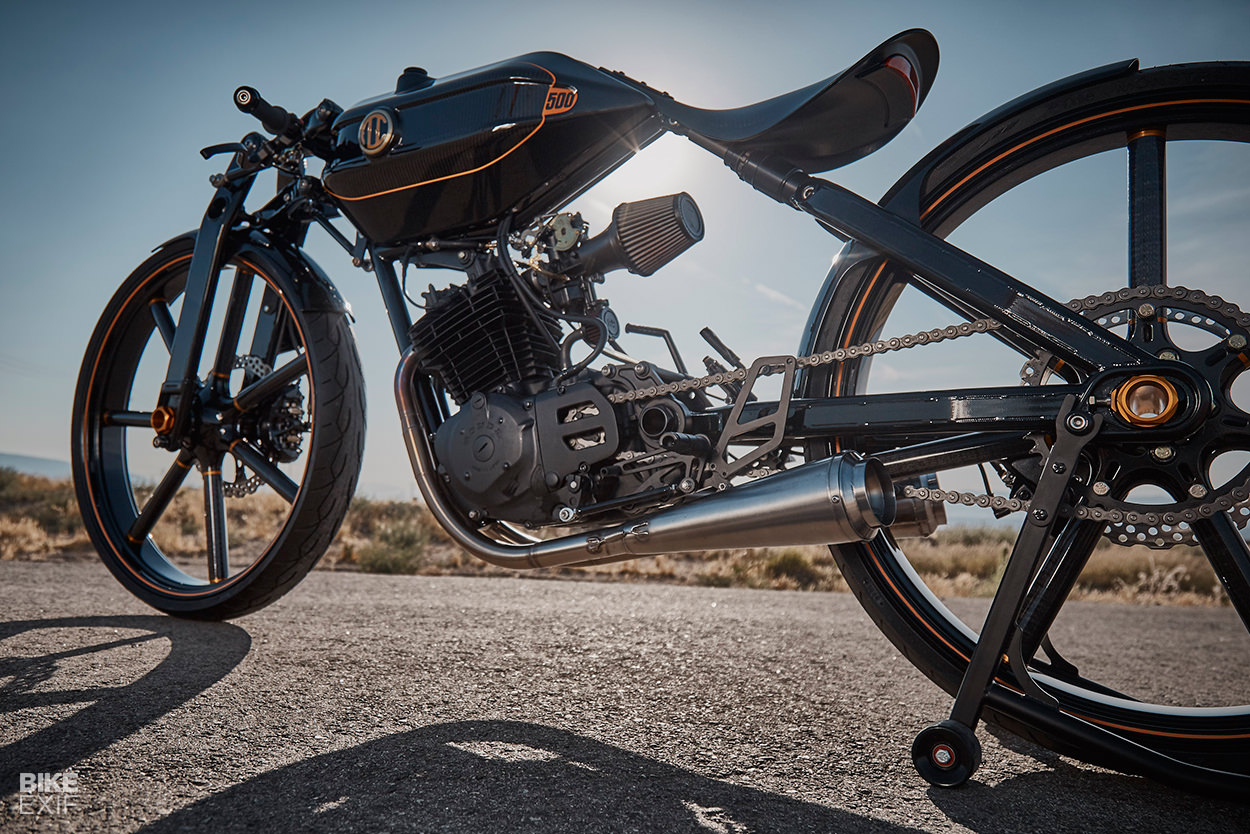 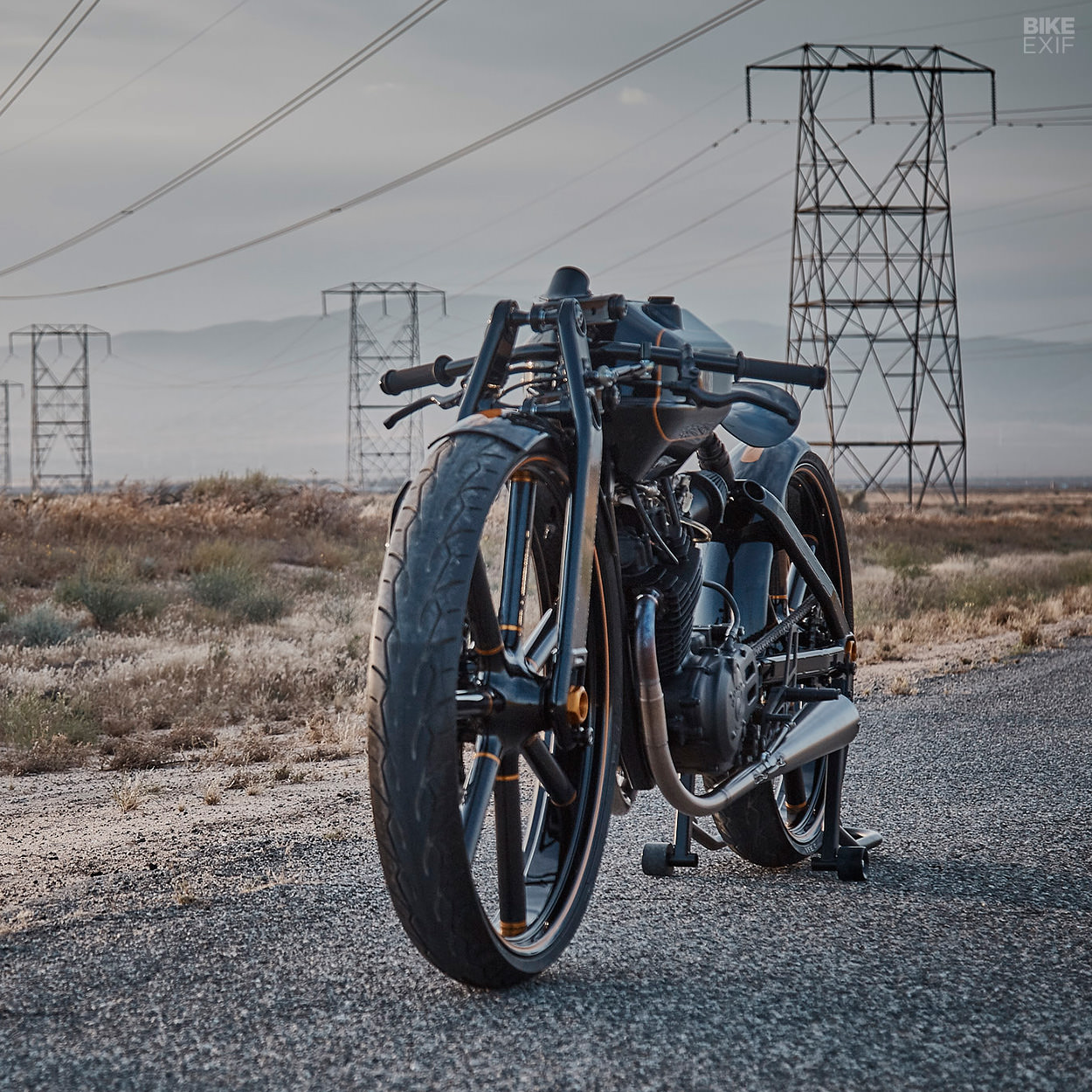 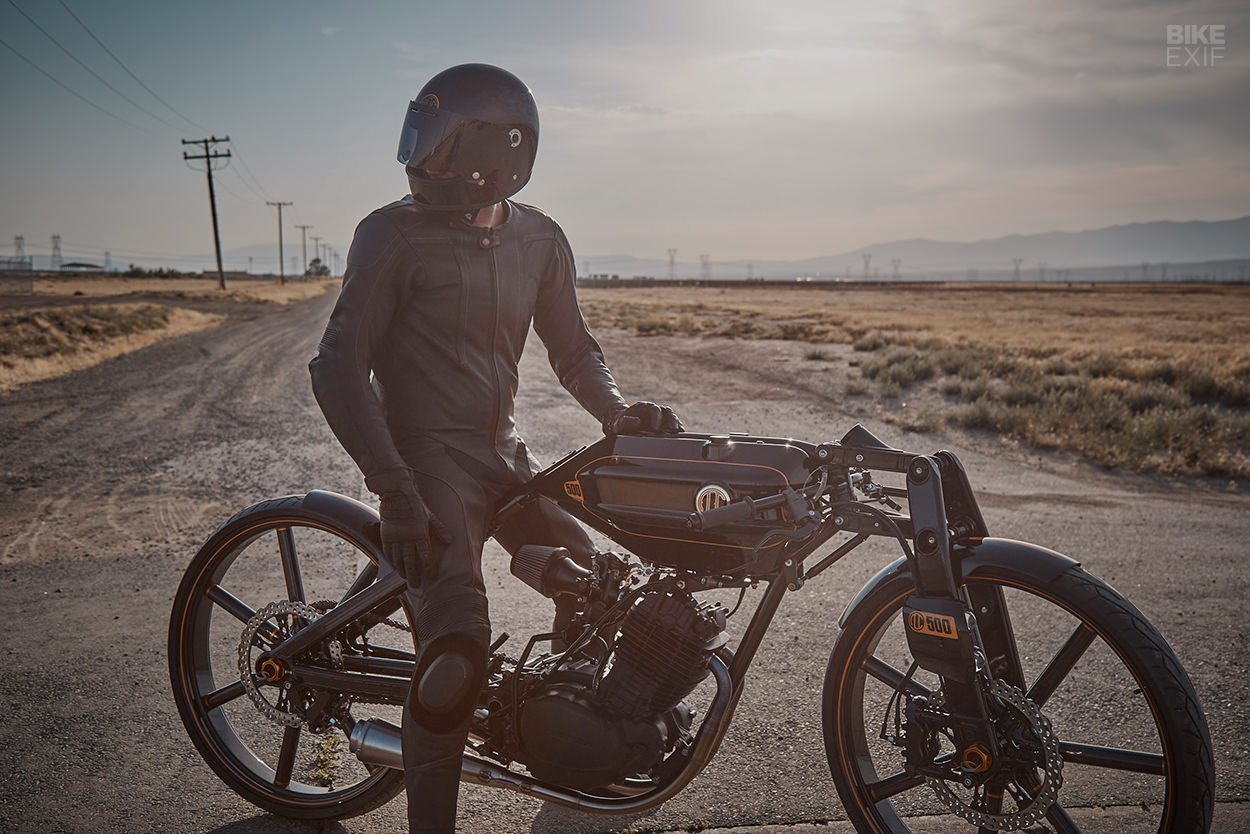 Smart dabbled with an array of different manufacturing techniques during the build with 3D printing featuring heavily. He was able to 3D print positive parts to take silicone moulds from, which in turn allowed him to pour the investment wax pieces. All of the frame tubing is made from 4130 chromoly, and it was possible to have the cast parts made in the same material. This is definitely one of the most striking bikes we’ve seen in a while and testament to the design talents of the team behind it.