Imagine being able to play an arcade machine without actually having to get up, lace your beaten-up Cortez’s, jump on your Chopper and speed-pedal down to your local arcade, dodging DeLoreans as you go. It was every 80’s kid’s dream; to have an arcade machine in their house; to be able to practise special Mortal Kombat moves without having to throw another quid in the slot; to be the coolest kid in school; but, it was just impractical.

Arcade machines are big and bulky and require a lot of power and space, plus, they tend to only run just a single game (unless you’re an arcade-aholic who knows a bit about modifications and circuit boards etc). All that expensive hardware for one game that could be completed in a few hours. There must be an alternative arcade machine experience, I hear you cry. Well, there is and it’s called the Polycade Arcade Console.

The Polycade Arcade Console is designed and built by Los Angeles-based gaming ground-breakers, Polycade, and is the ultimate casual gaming experience, bringing 2017 and beyond – and the “wonder years” – of gaming, together in unison. Capable of playing both new releases and golden oldies, The Polycade is powered by a gaming-spec PC running Windows, booting directly into Steam. Beat your mates up in Street Fighter V, or wind back the clocks and chomp around a maze in Pac-Man. 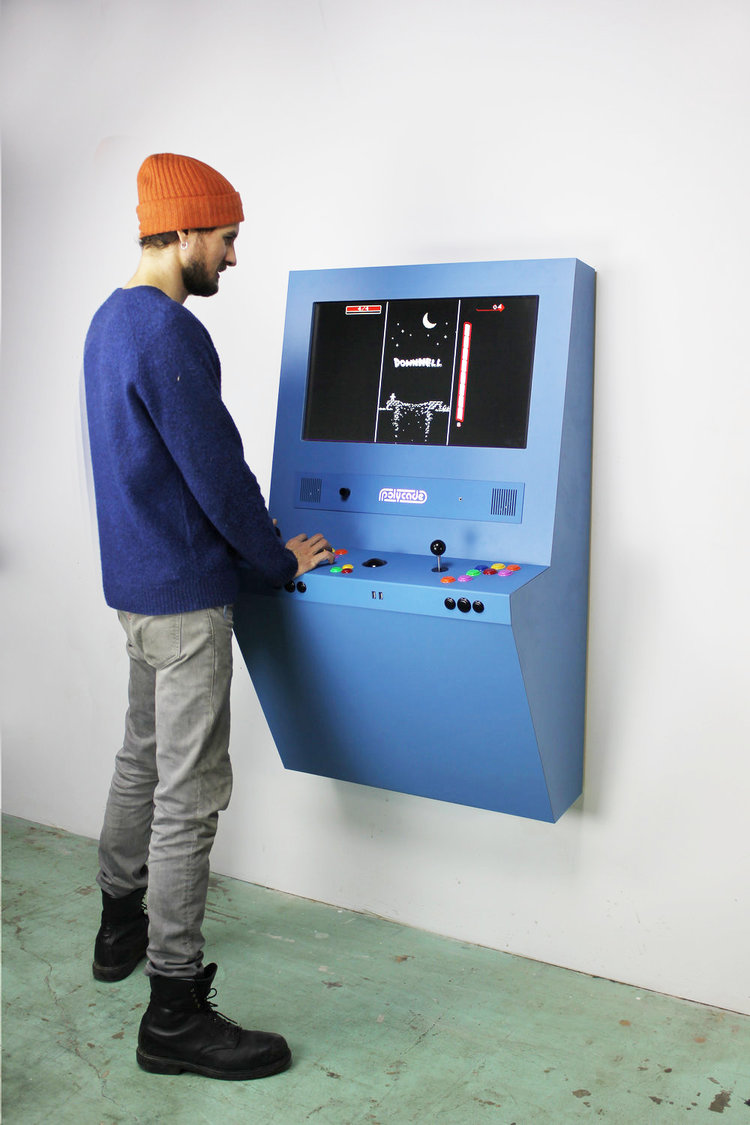 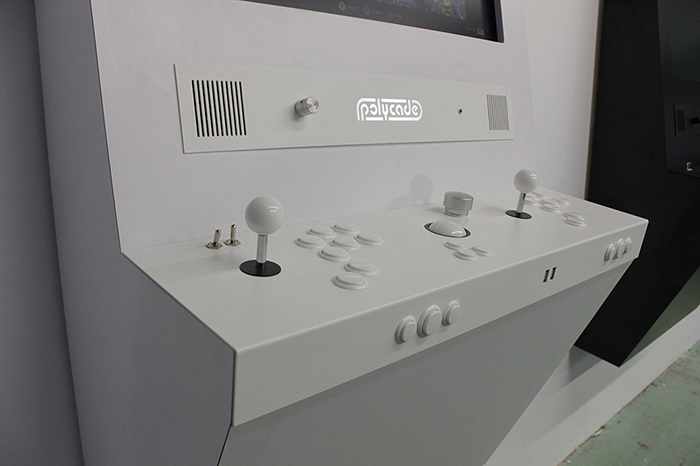 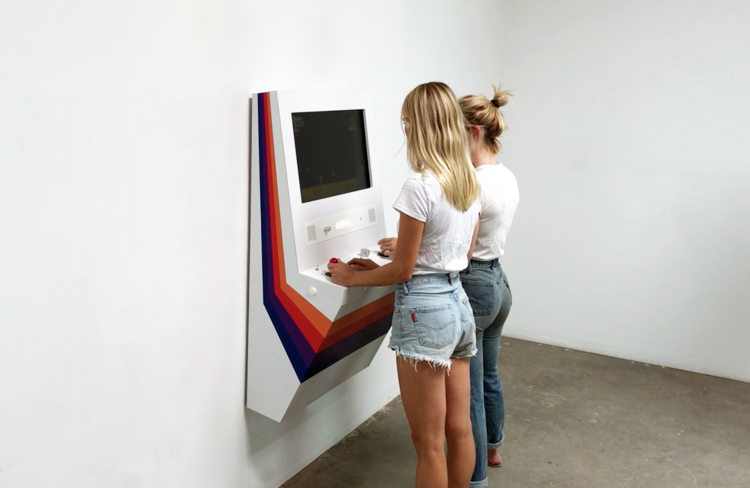 With an exterior which is intelligently designed, with space at the forefront of the creator’s considerations, it’s hard not to be impressed with the aesthetics of the Polycade Arcade Console. Unlike traditional arcade machines, The Polycade is the smallest of its kind and doesn’t require the emptiness of a fancy outhouse or freezing cold garage, it tucks right up against a wall in your house. In fact, it’s actually wall-mountable using the included double cleat mounting system and screw set, and, according to their website, it’s similar to mounting a flat-screen TV – simple. 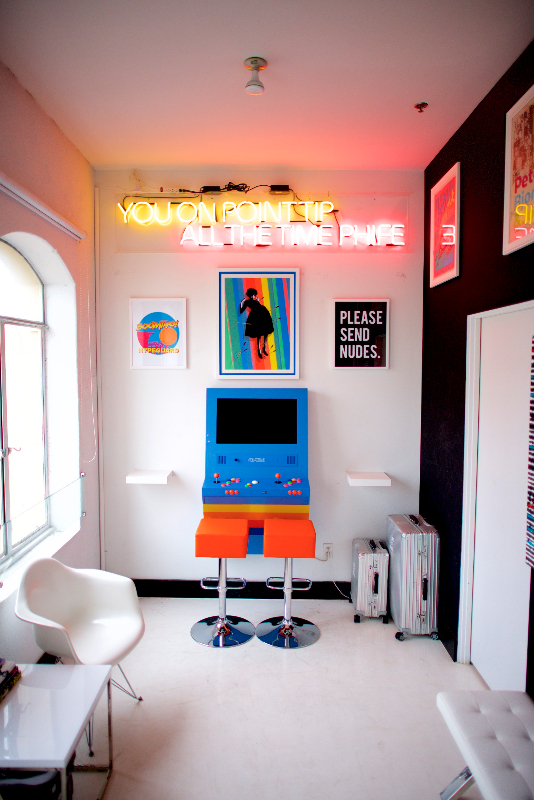 Available in three colours: blue, white, and black, the Polycade Arcade Console is crafted from powder coated steel and laminated plywood. It uses pro, eSports-grade Sanwa joysticks and buttons that are known for their ultra-fast response time and reliability – high scores will be smashed. The front bezel includes two speakers and Polycade’s 70s-style logo, a logo that all of us here at Coolector HQ dig. All of these little touches confirm that The Polycade has been built by people who appreciate both gaming, and design.

So, how does it work? Well, The Polycade has a fully integrated appstore that utilises the power of Steam – the most universally used and respected PC gaming platform – providing you with an almost infinite games library. Thanks to Steam compatibility, you’ll also be able to compete online, share achievements with friends and download new content, all with The Polycade’s friendly and intuitive physical control interface. 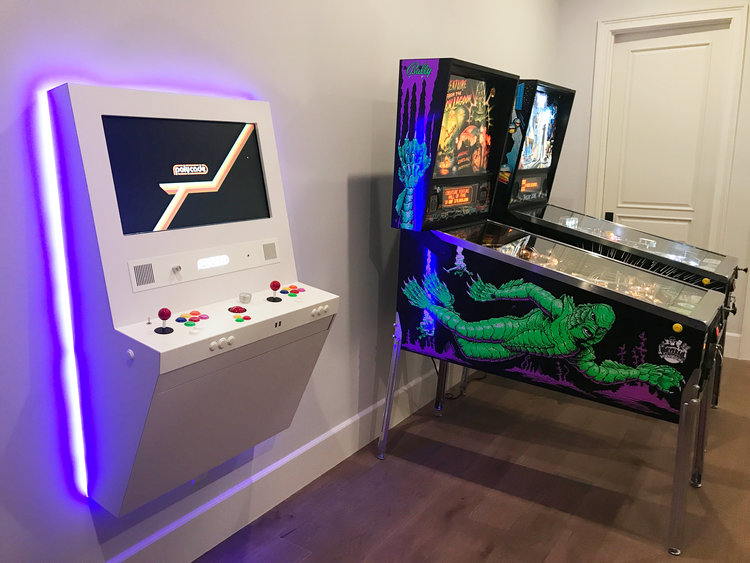 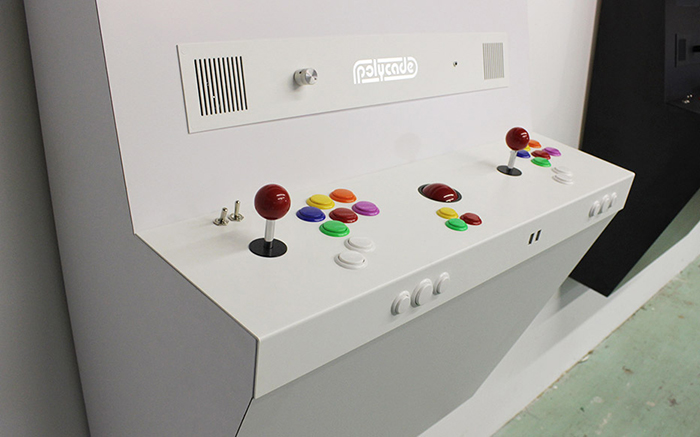 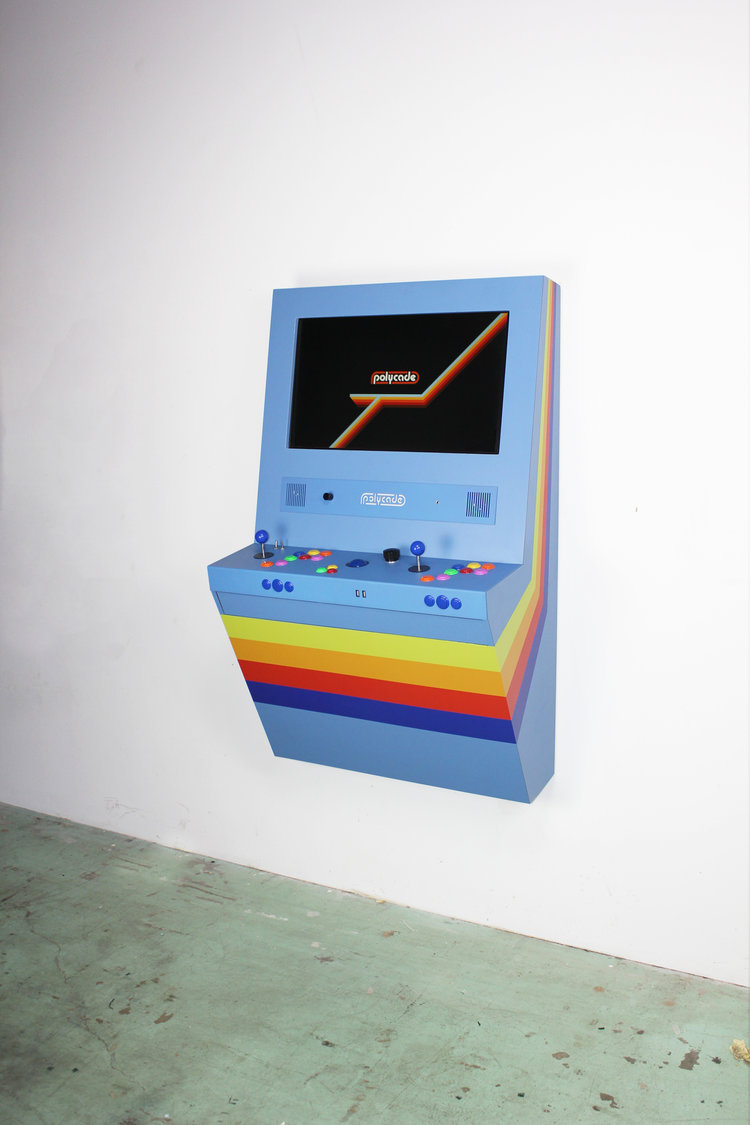 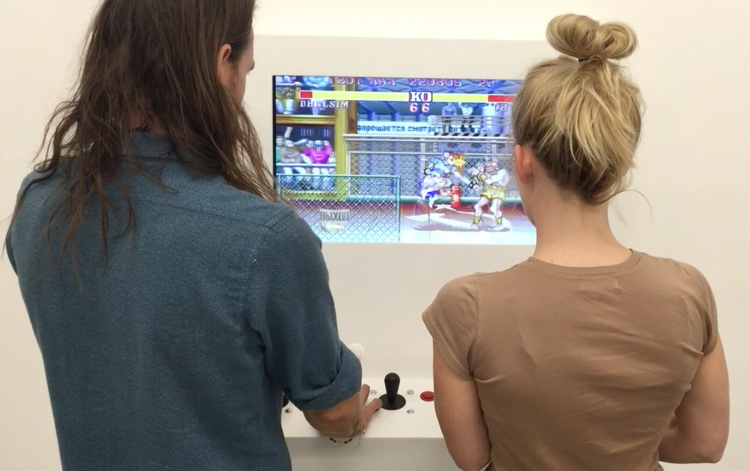 It’s available to buy in three different packages: Polycade, Polycade Pro and Polycade Custom. The main differences between the standard and pro versions: the Pro features a spinner, auto switching joystick, pinball buttons and a joystick mode switch. All three version are available to buy now, through Polycade’s website…and it is Christmas.

Written By
Steve Knight
More from Steve Knight
There’s a plethora of great grooming products on the market – from...
Read More