As big fans of innovative architecture here at Coolector HQ, we’re always on the lookout for clever pieces of design that capitalise on space and present interiors in new and striking ways. It is for that reason that we’ve been left so thoroughly impressed with this Slovakian Hidden Bedroom Apartment from JRKVC Studio. 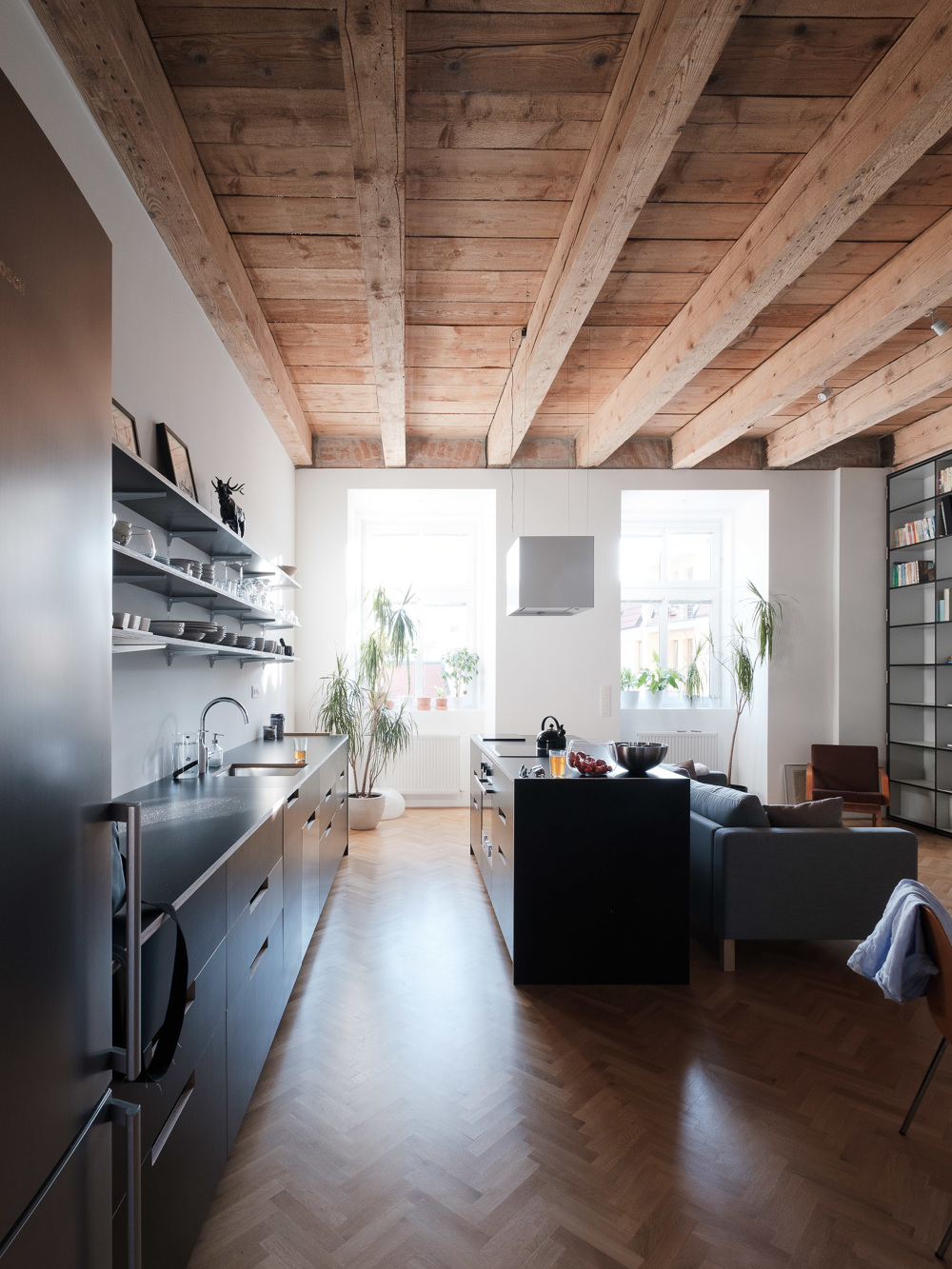 Situated in an 18th century monastery, the Hidden Bedroom Apartment does a fantastic job of factoring in the old with the new to deliver a truly functional space which is positively full to the brim with design surprises and that really makes it appeal to us here at The Coolector.

JRKVC Studio have done a magnificent job of rejuvenating the space and breathing new life into all the different rooms with their well thought out features which adds significantly to the property and how the space is used. With square footage at a premium with this architectural project from JRKVC Studio, it required lateral thinking to get all of the required design features within the space and this is something that has been accomplished with some quite considerable aplomb. 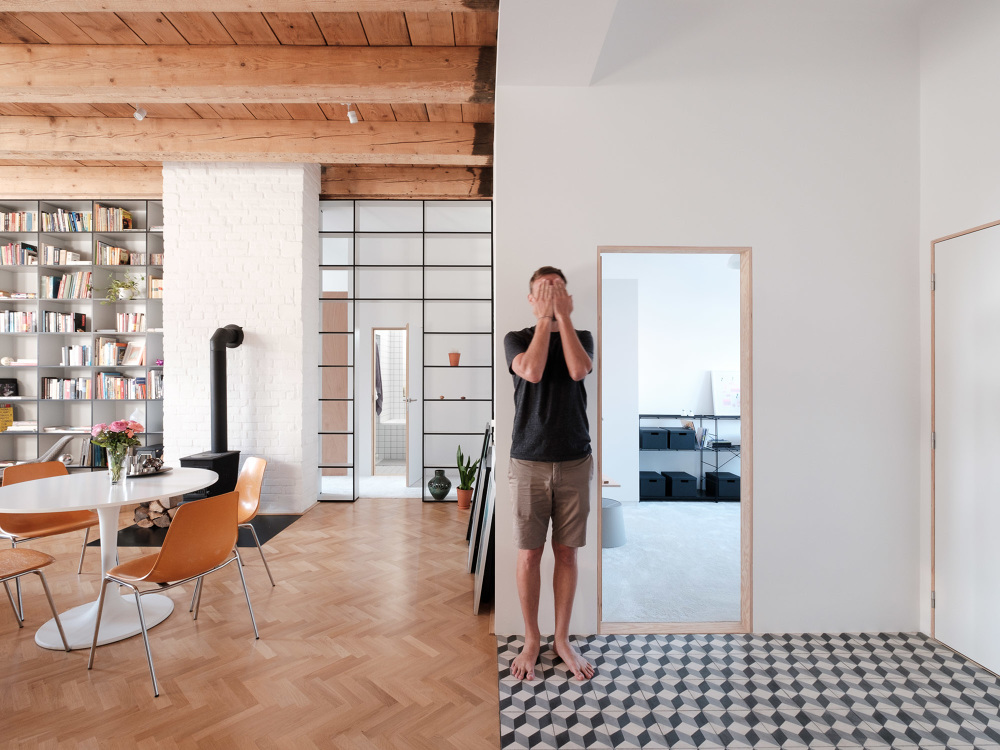 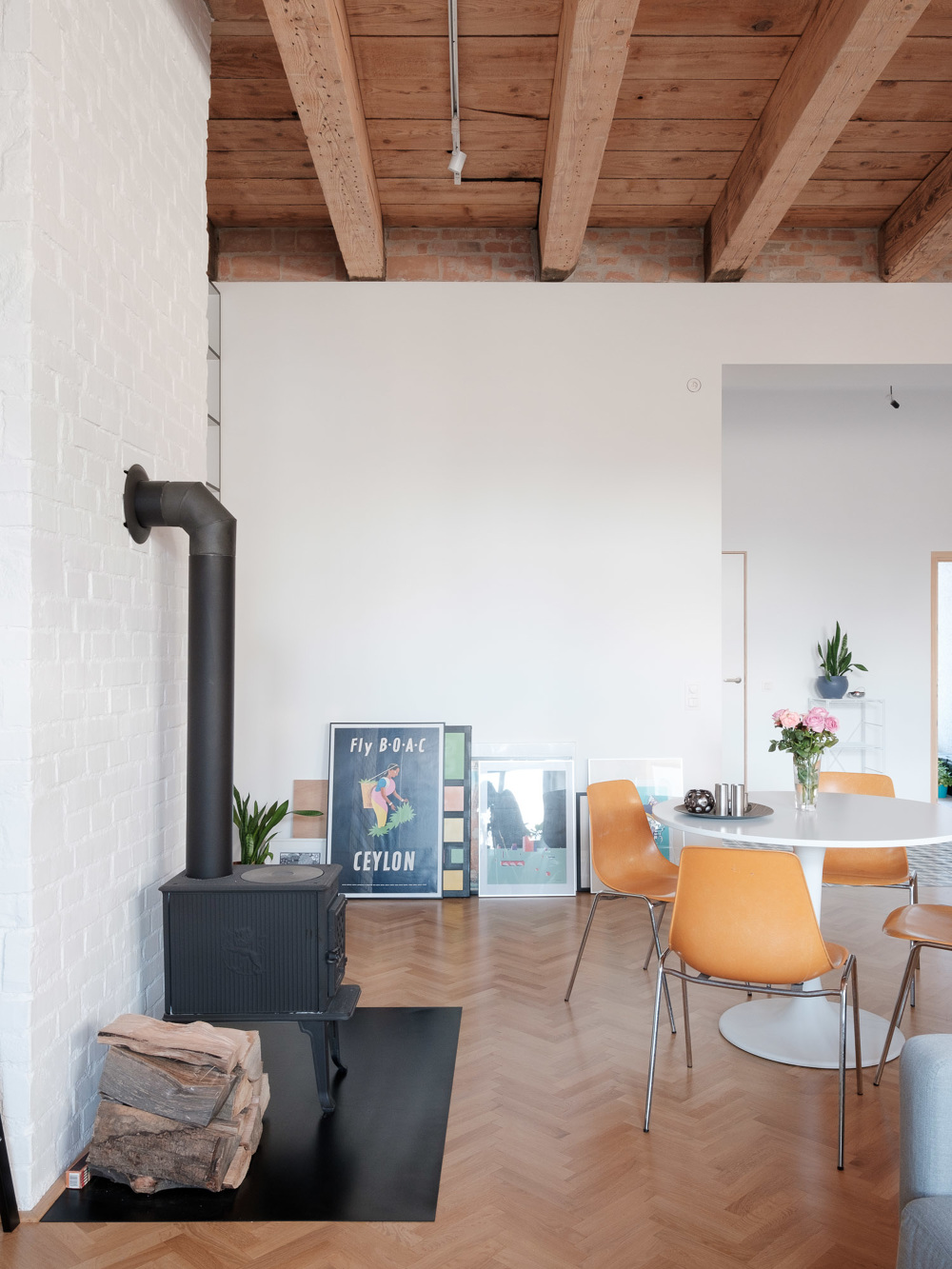 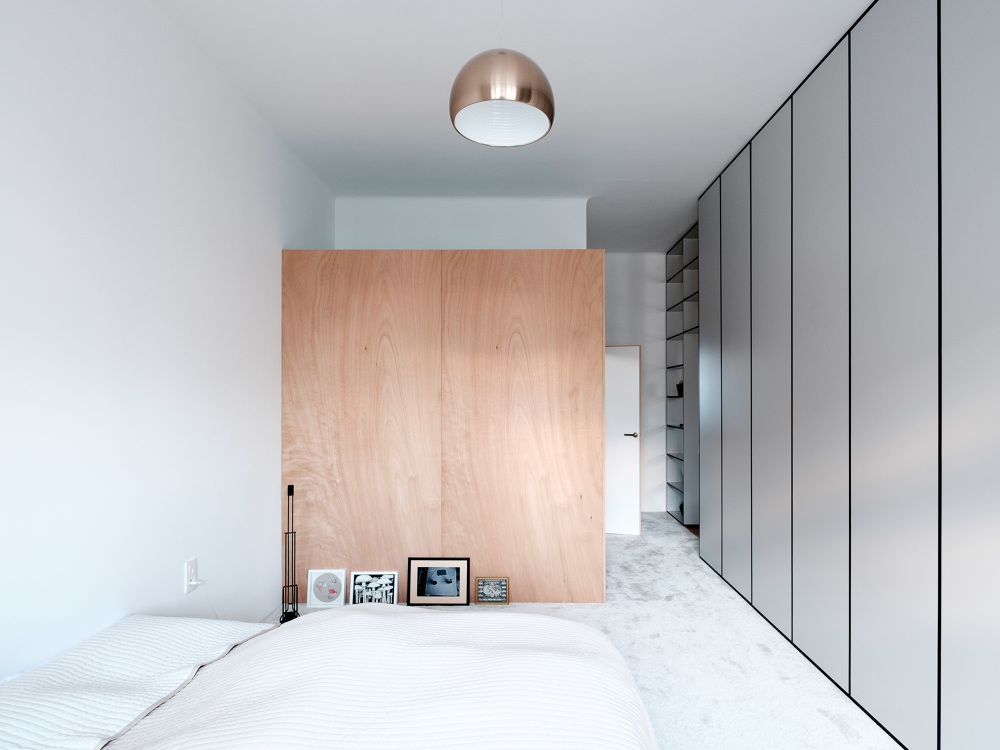 What space there is with the Slovakian Hidden Bedroom Apartment is largely taken up with the kitchen, dining and living space, with glorious 11ft ceilings and herringbone flooring but the real stand out feature of this amazing property is the brilliantly hidden bedroom which is accessed through a vast storage unit / bookcase and adds a real design flair to proceedings.

We’re huge fans of first rate architectural solutions like this at Coolector HQ and JRKVC Studio are clearly masters at what they do with their ability to enhance the aesthetic appeal of an already exquisite building and bring it well and truly into the 21st century with a flurry of impressive and eye-catching design features.

With understated, minimalist interior design coupled with a genuinely fantastic use of space, the Slovakian Hidden Bedroom Apartment is one of those pieces of architecture that you just want to live in because it provides such a great quality of living. 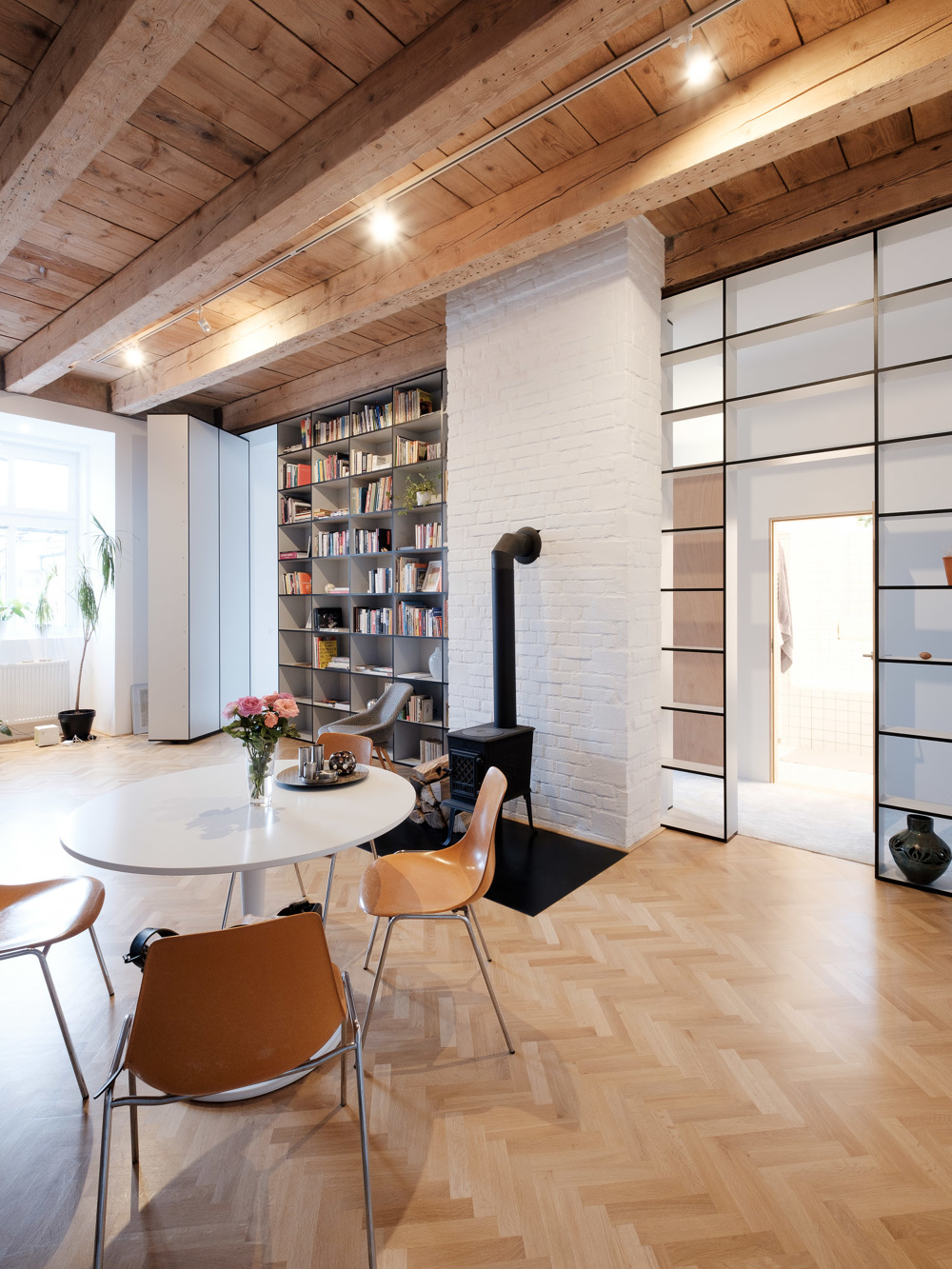 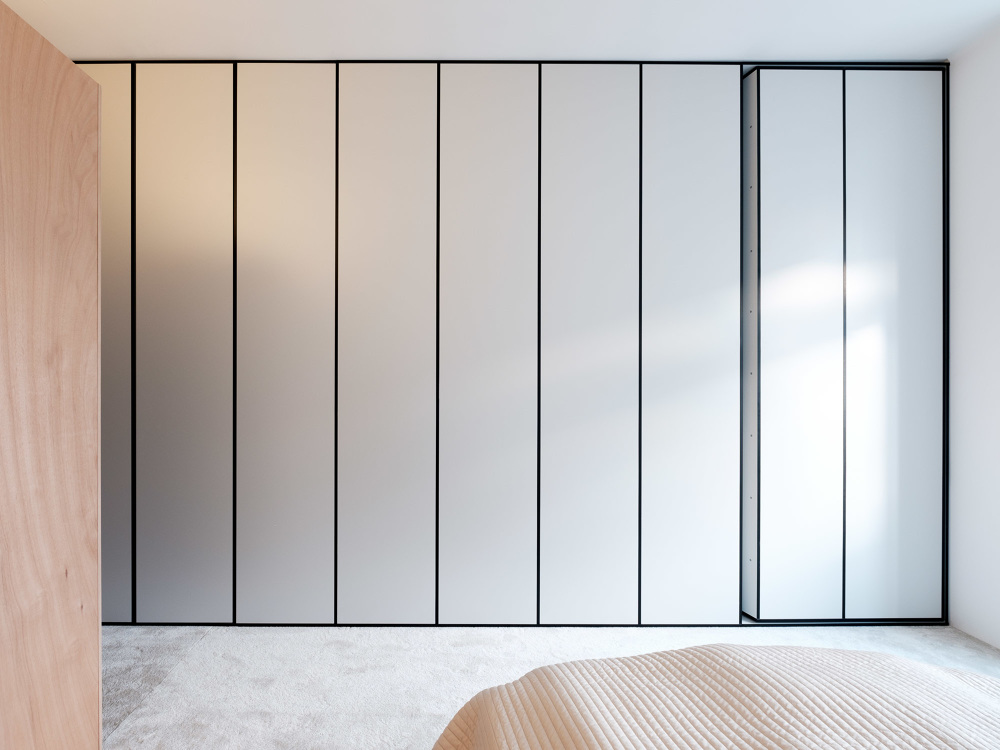 The secret master bedroom behind the floor to ceiling bookcase is a real icing on the cake with this one but there is such an aesthetic superiority throughout the whole property that it is difficult to know where to begin when describing its awesomeness.

Written By
Leo Davie
More from Leo Davie
Smartphones have been improving year on year, there’s no doubt about that...
Read More