The USA has many institutions when it comes to television shows but so far as comedy is concerned, it’s difficult to match that of Saturday Night Live and it’s this iconic television show that is being celebrated with this latest playing card release from Theory 11. The SNL Playing Cards from Theory 11 boast the sort of striking, typography and illustration inspired aesthetic which we’ve come to know and love them for and if you’re after a new set of playing cards this Christmas, look no further. 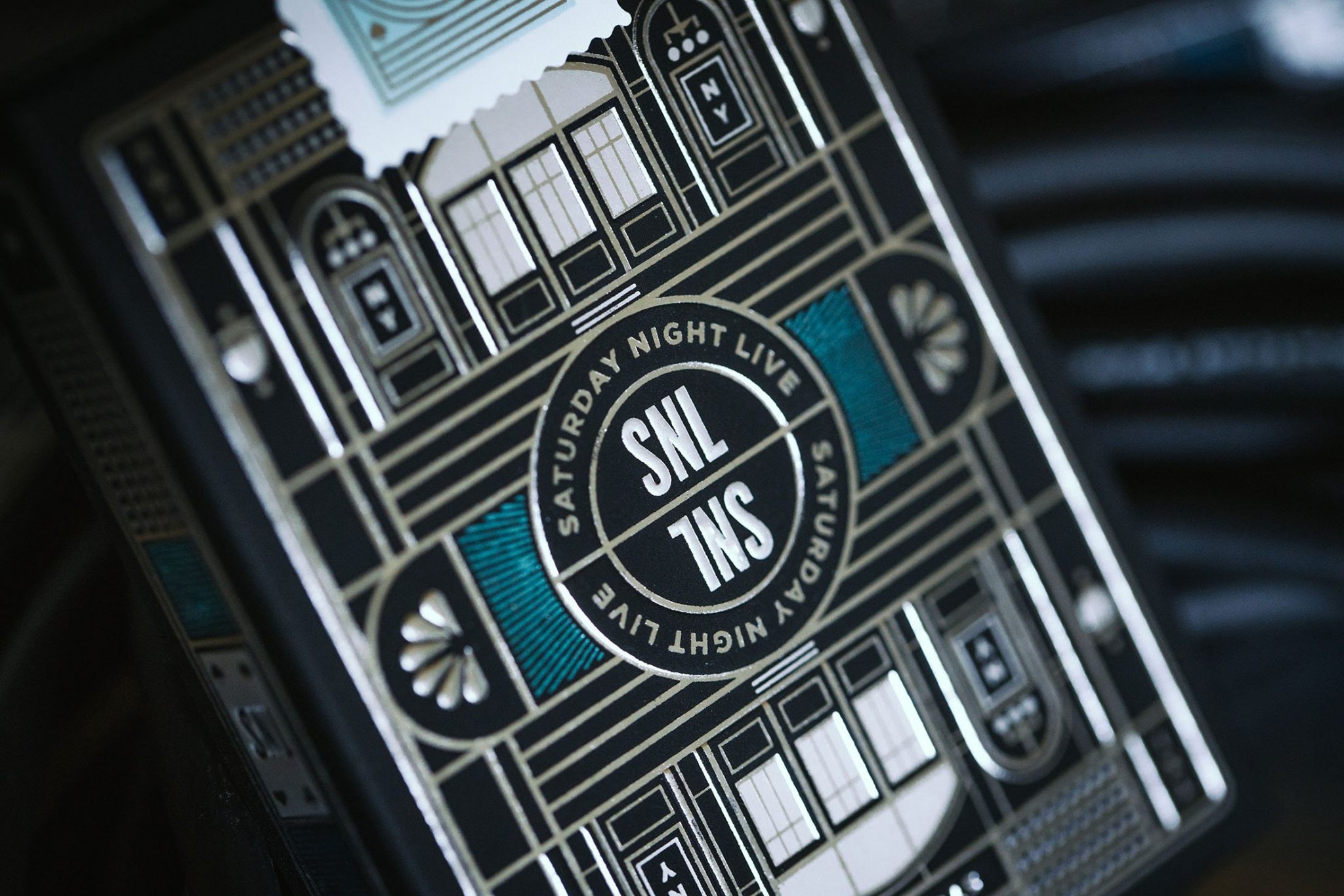 Saturday Night Live has been on air since 1975 and it has been a legend of American television screens for over 40 years, with in excess of 800 episodes under their belt, 231 Emmy nominations, and decades of hilarious content so these SNL Playing Cards from Theory 11 are a fitting tribute to all that they have achieved in that time. Great to look at and with a tangible sense of quality to the touch, these playing cards are ideal for any occasion.

Saturday Night Live has really become a mainstay of American television screens and if you’ve fallen for its charms over the years (or know someone else who has), these fantastically stylish SNL Playing Cards from Theory 11 are going to make a great stocking filler this Christmas. These brilliant looking cards are whimsical, elegantly designed and eye-catching in the extreme and you’ll be hard pressed to find a cooler set than this out there right now. 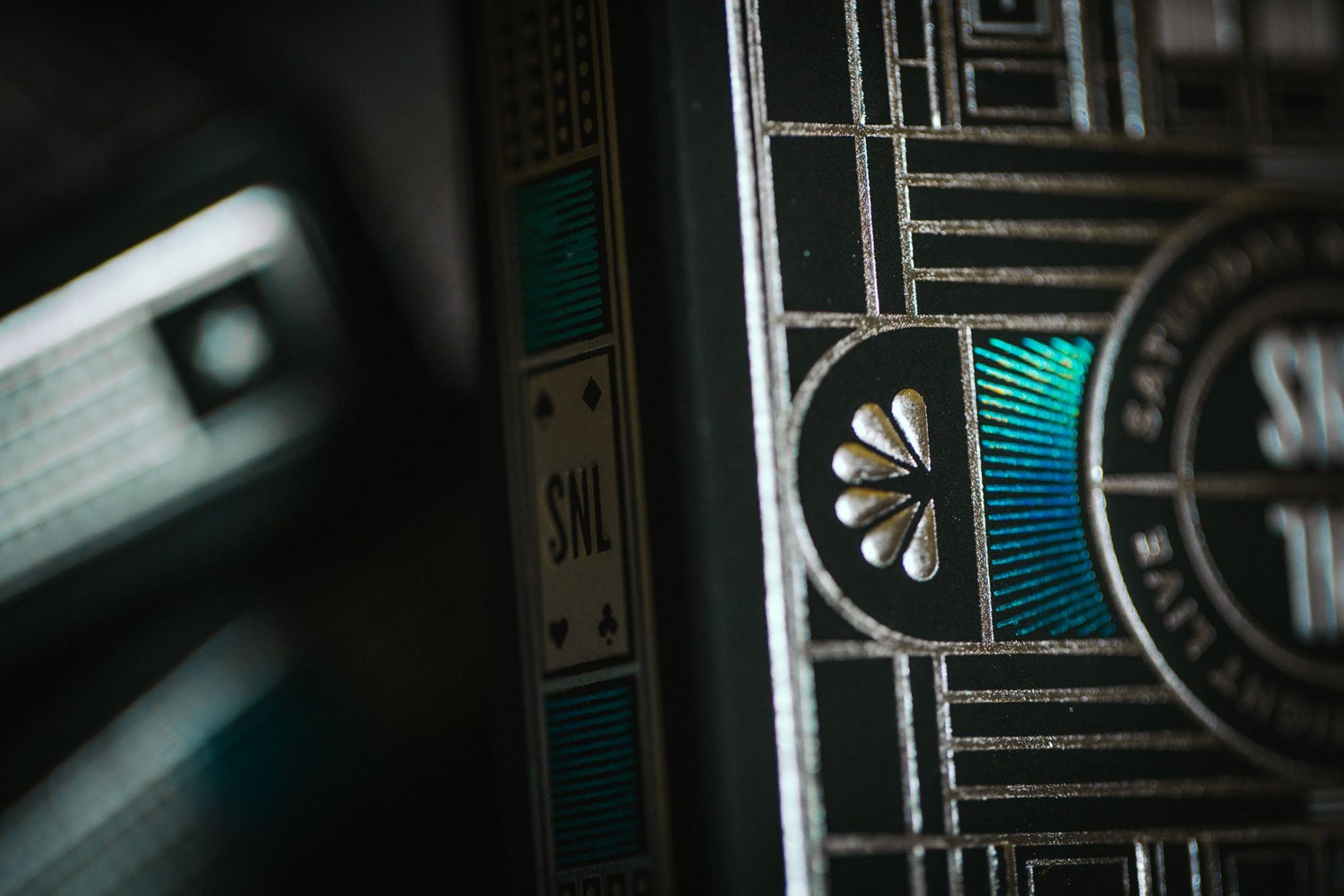 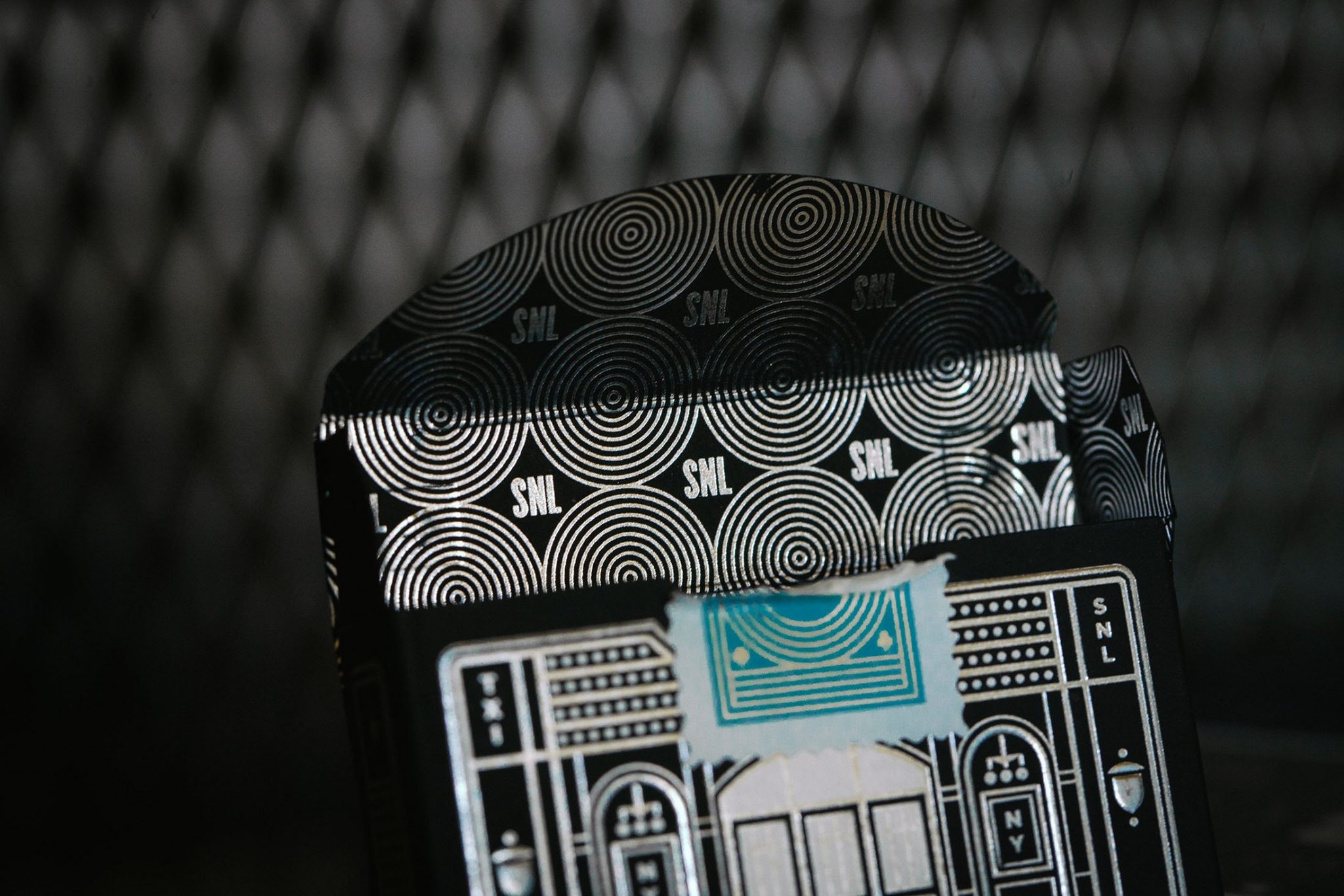 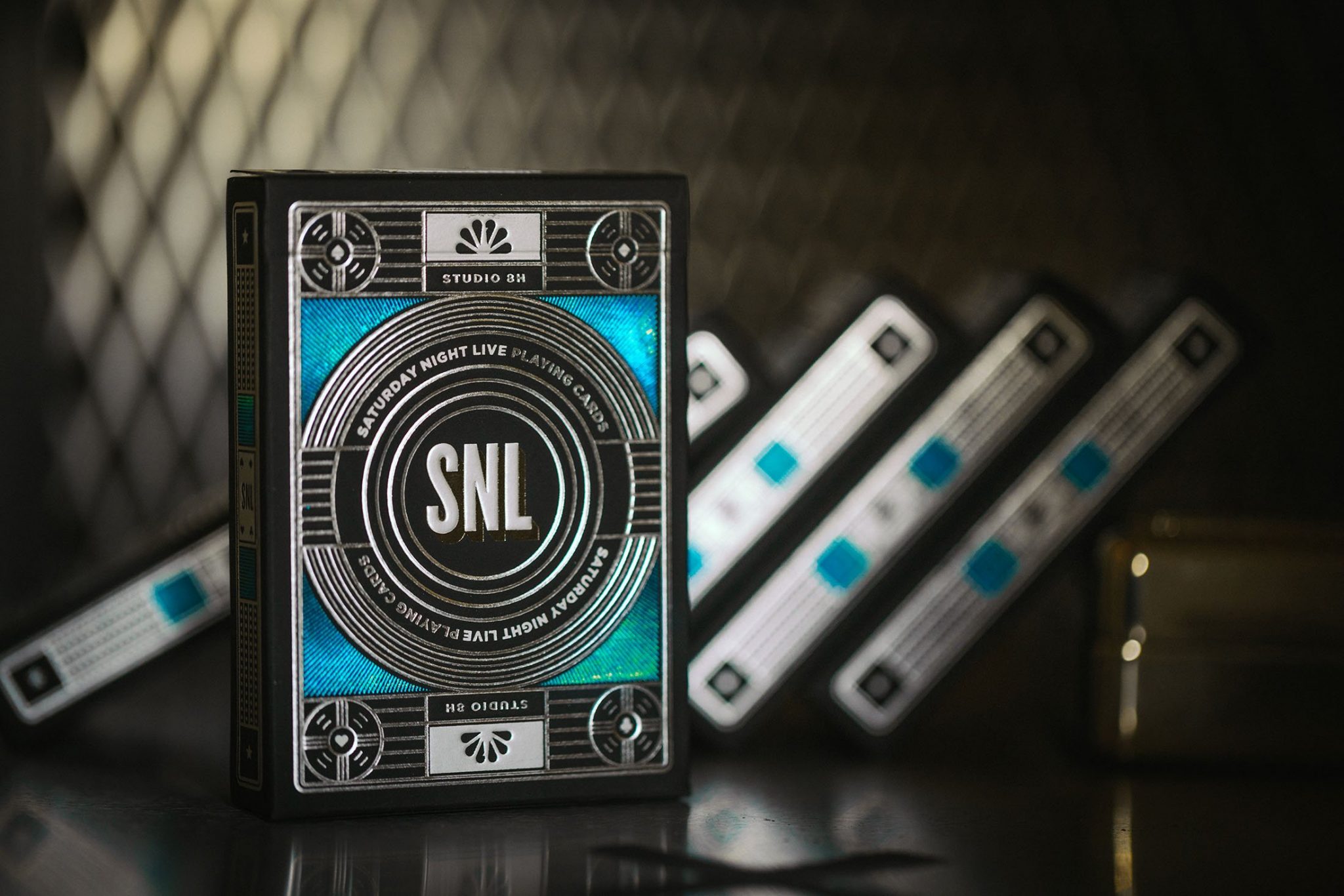 Each and every element of the design with these Saturday Night Live Playing Cards from Theory 11 was inspired by the show itself and with iconic illustrations featuring the SNL stage backdrop, Studio 8H alongside a wide array of tributes to fan-favorite sketches and segments, these cards are certainly going to keep fans of the show happy and entertained whilst playing poker, blackjack et al. 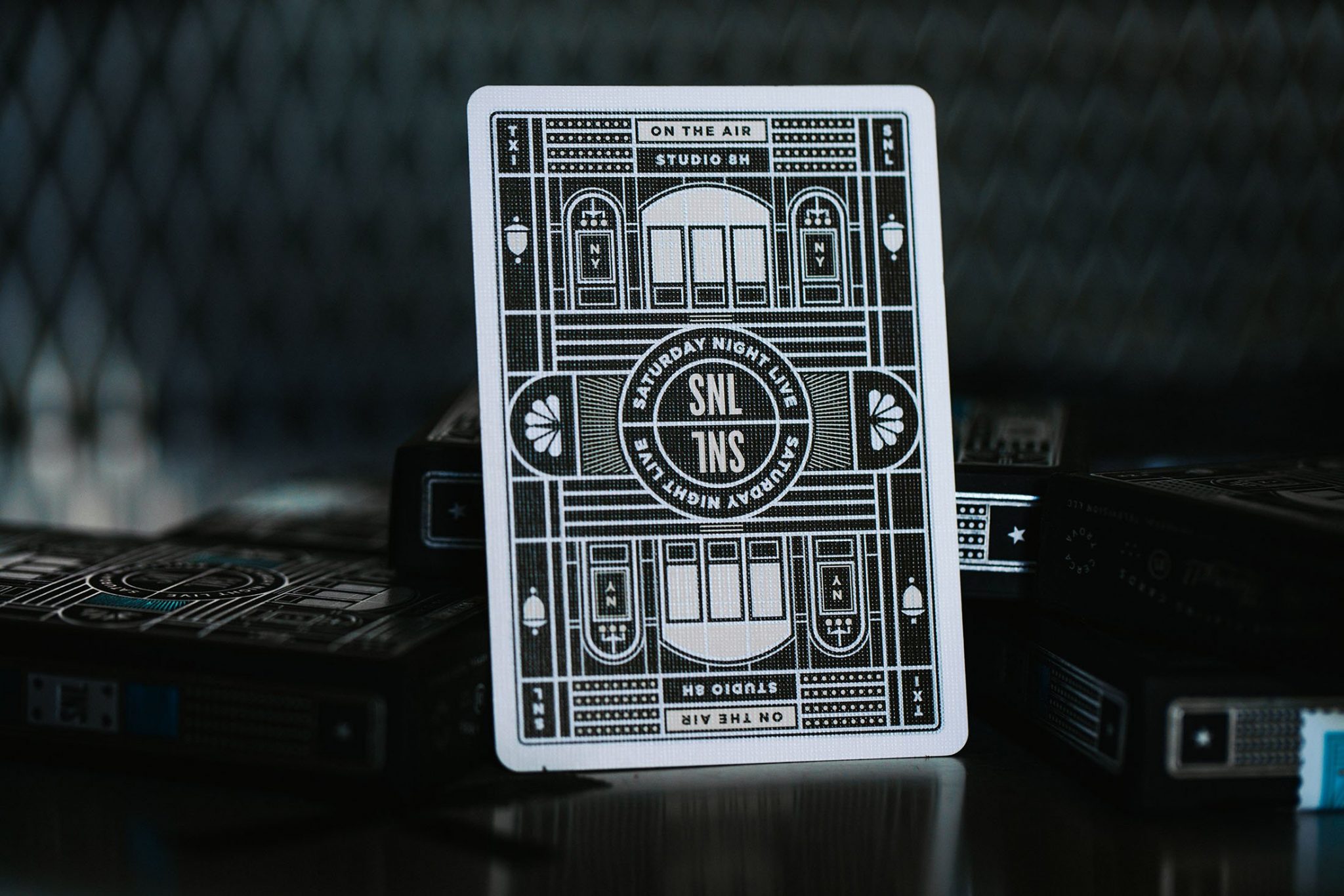 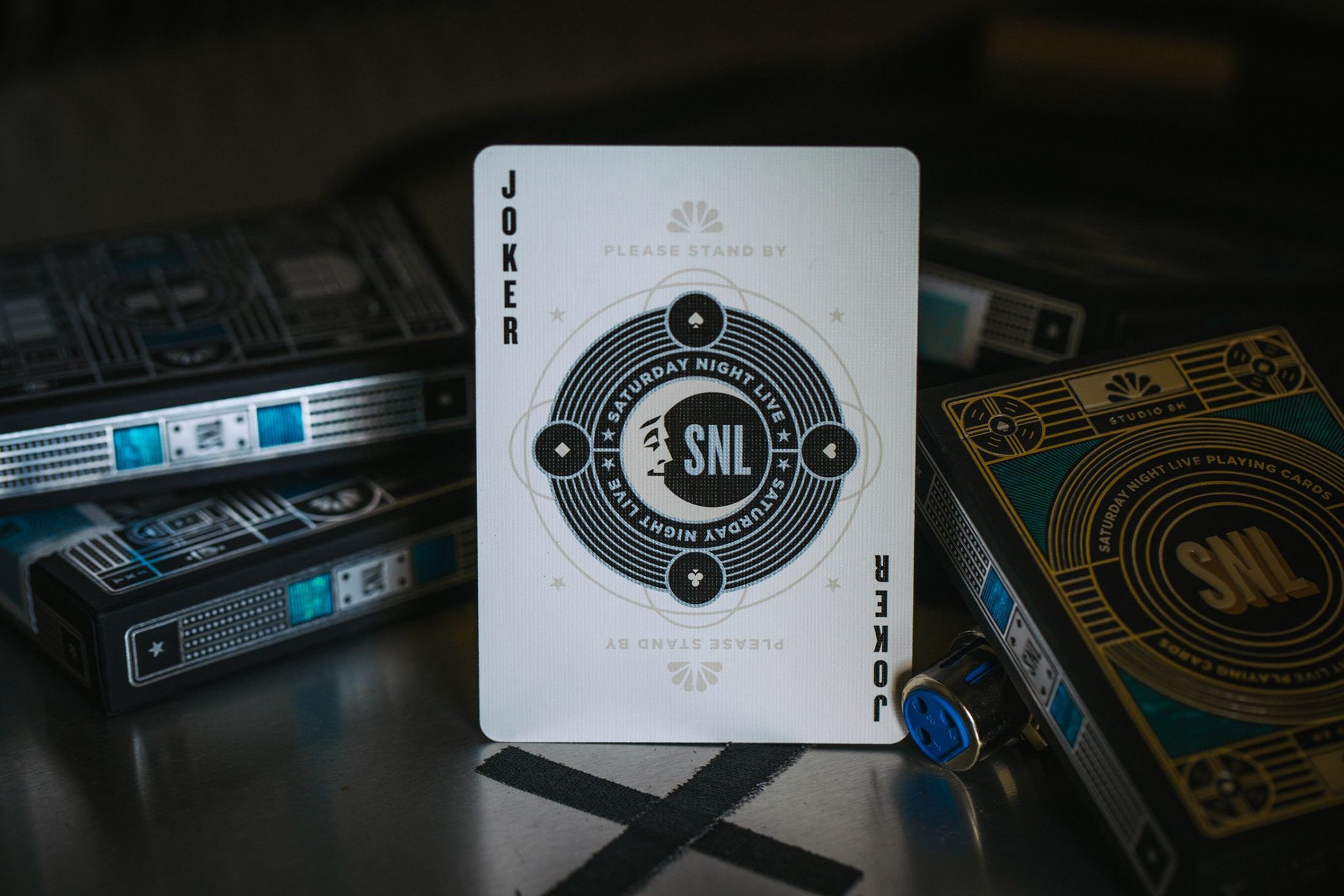 Boasting a 100% custom design, these striking playing cards from Theory 11 have a custom Ace of Spades, Joker, box design, and court cards which take their design inspiration from legendary SNL skits and segments which span the show’s four decades on the air. From Weekend Update to Stefon and The Ladies Man, these super cool cards are definitely a great nod to endless stream of hilarious content the show has been responsible for over the years.

It’s only fitting that something celebrated an American institution be USA made and that’s true of these SNL Playing Cards from Theory 11. Crafted in the United States using FSC-certified paper derived from sustainable forests, vegetable-based inks, and starch-based laminates, you’ll be impressed with how good these cards look and they have a real tangible quality whenever you’re playing with them. 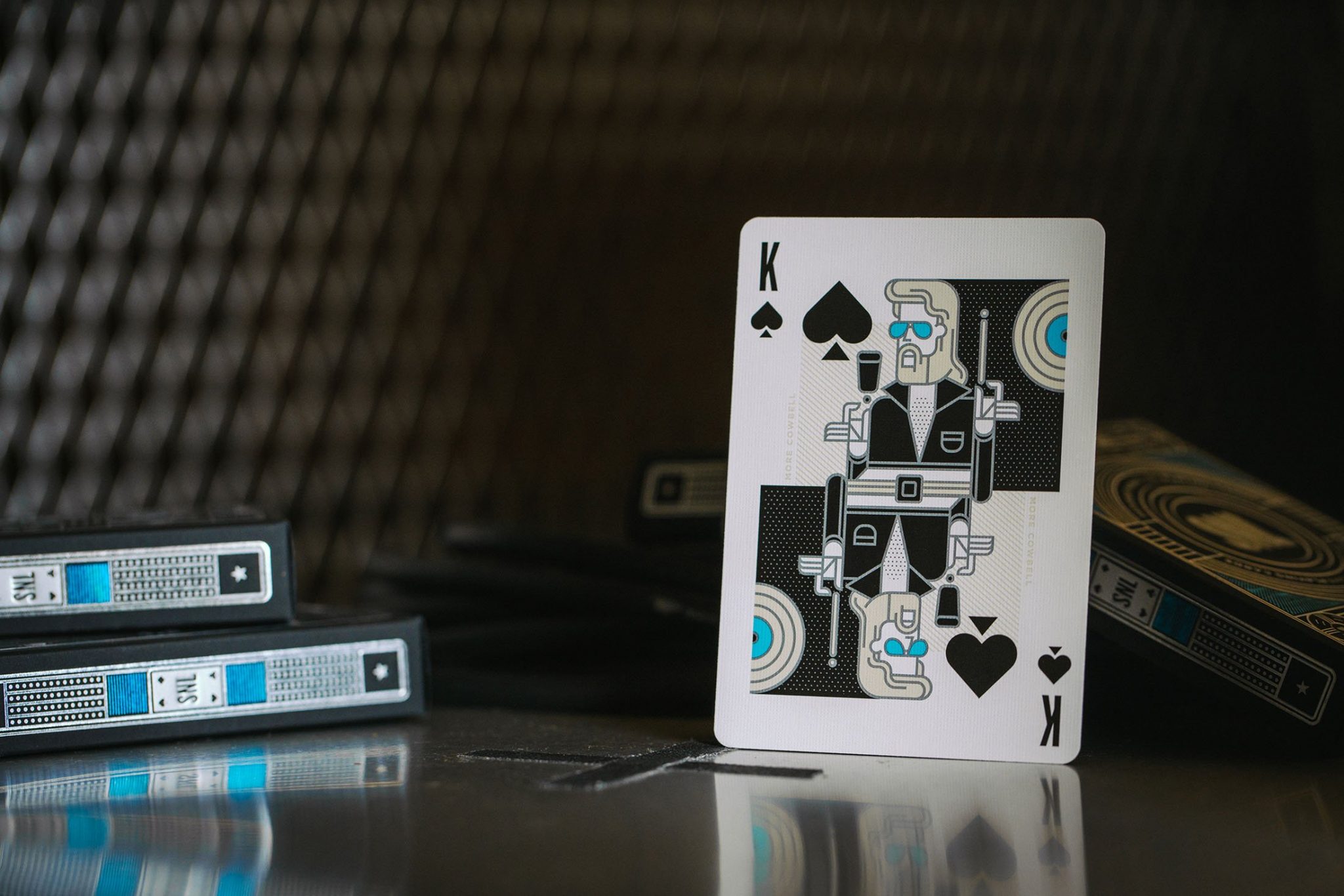 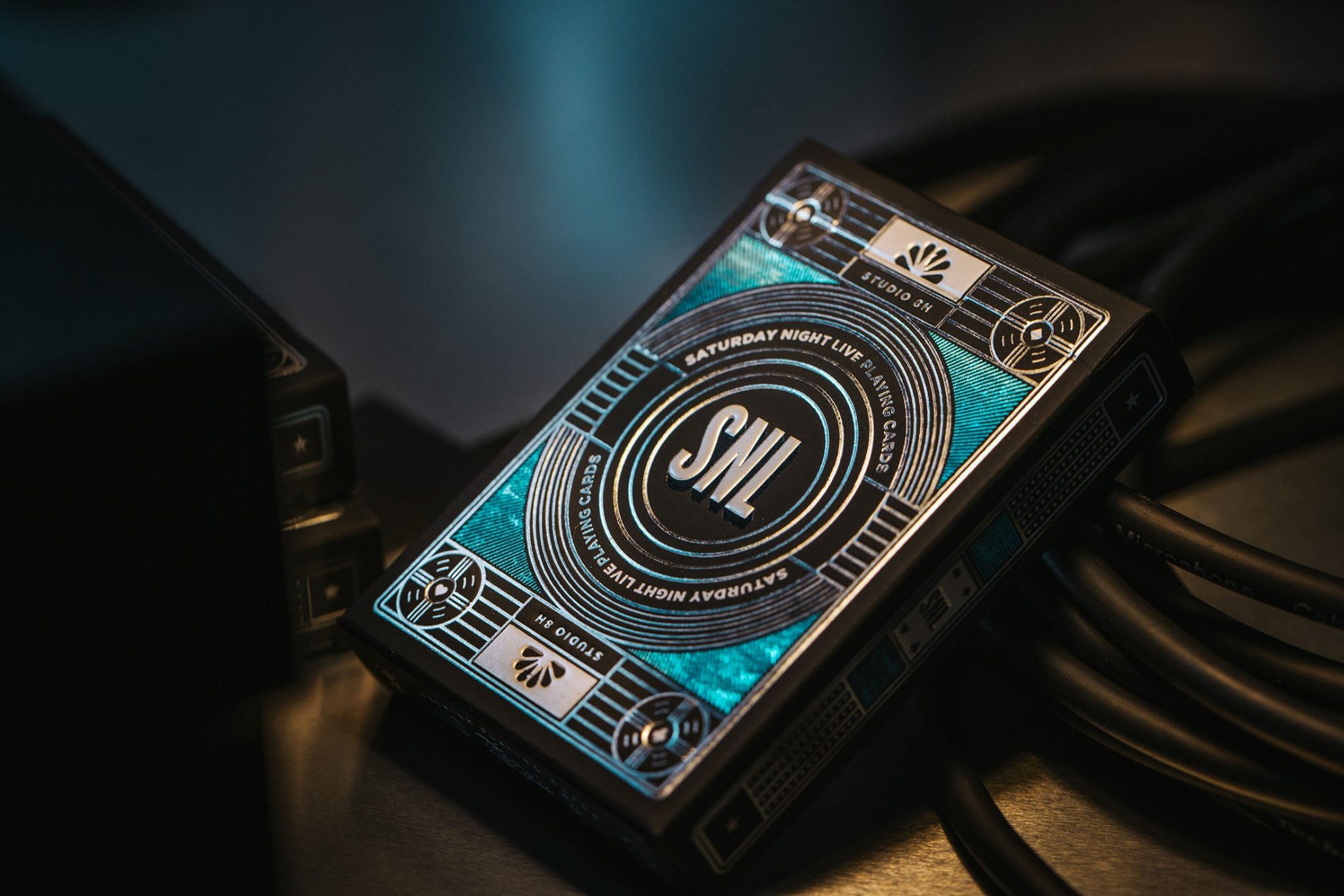 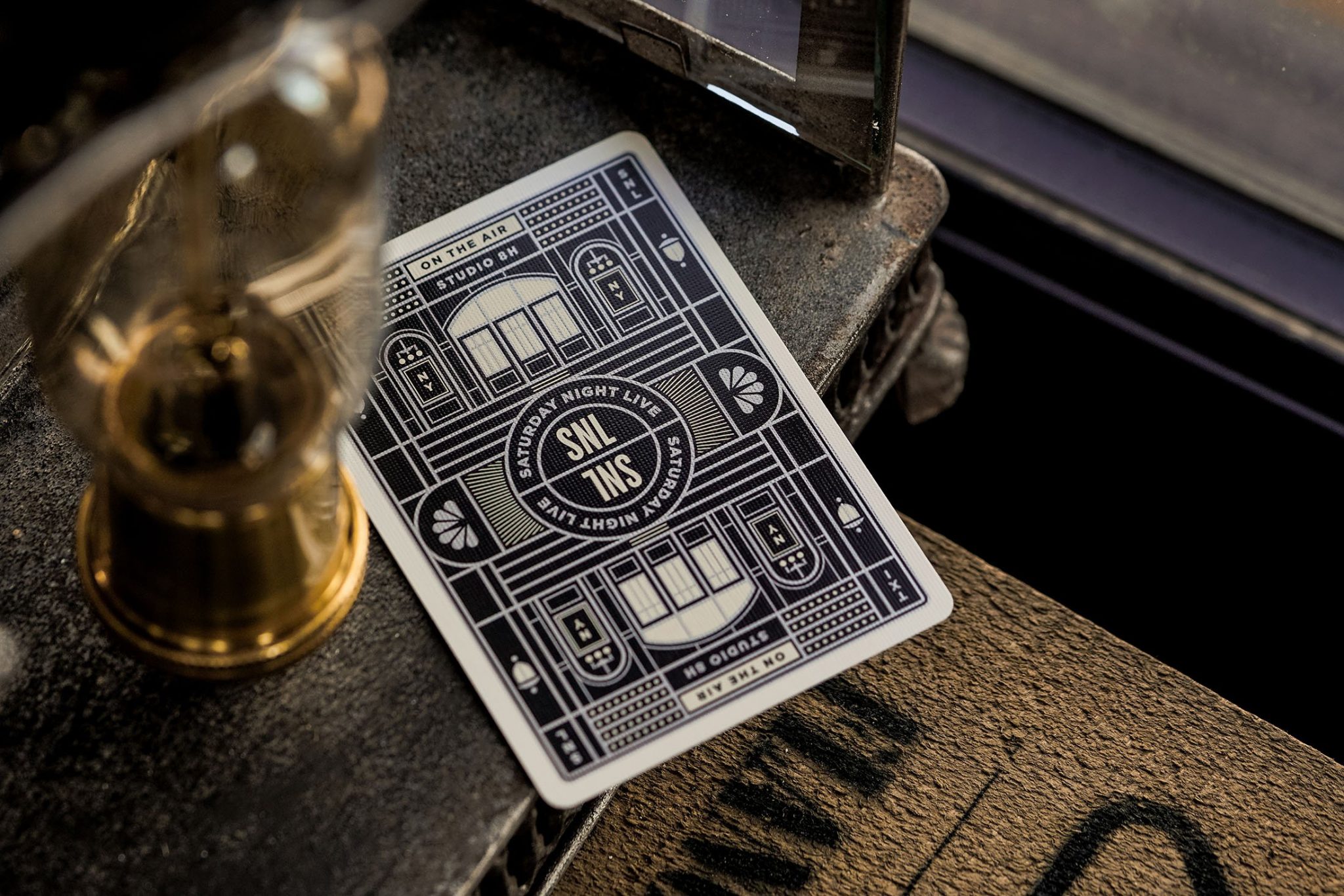 We’re big fans of well made, visually superior playing cards here at Coolector HQ and these Saturday Night Live inspired ones from Theory 11 unquestionably tick both those boxes. If you’re a big fan if the show or just looking for some eye-catching playing cards this Christmas, you can pick up a pack of these for just $10 – can’t say fairer than that.