Stargazing isn’t something we’ve ever had the pleasure of partaking in here at Coolector HQ but it is certainly a pastime that appeals and it’s for that reason that this awesome looking Kickstarter campaign – the Unistellar eVscope Telescope – has more than caught our eye and certainly captured our imagination.

The Unistellar eVscope Telescope is an impressive 100 times more powerful than other traditional telescopes on the market so if you really want to see some amazing astrological sights, this might just be the ideal instrument for the job. This first class bit of kit has positively blown past its funding target (it’s well on the way to $2m) on Kickstarter and that’s testament to the fact there is definitely a market out there for such a powerful and accomplished telescope.

Eyes On The Skies

This exceptional piece of technology puts the ability to see into distant galaxies in the palm of your hand and the Unistellar eVscope Telescope has been made in in partnership with SETI Institute, which were impressed with the telescope’s ease of use which positions it to be perfectly suited to contribute to science and astrological discoveries. Offering a considerable amount of extra visibility on the galaxies that surround us, there will be plenty of amateur astrologers eager to get their hands on such an impressive device and that’s why it has done so well on Kickstarter. 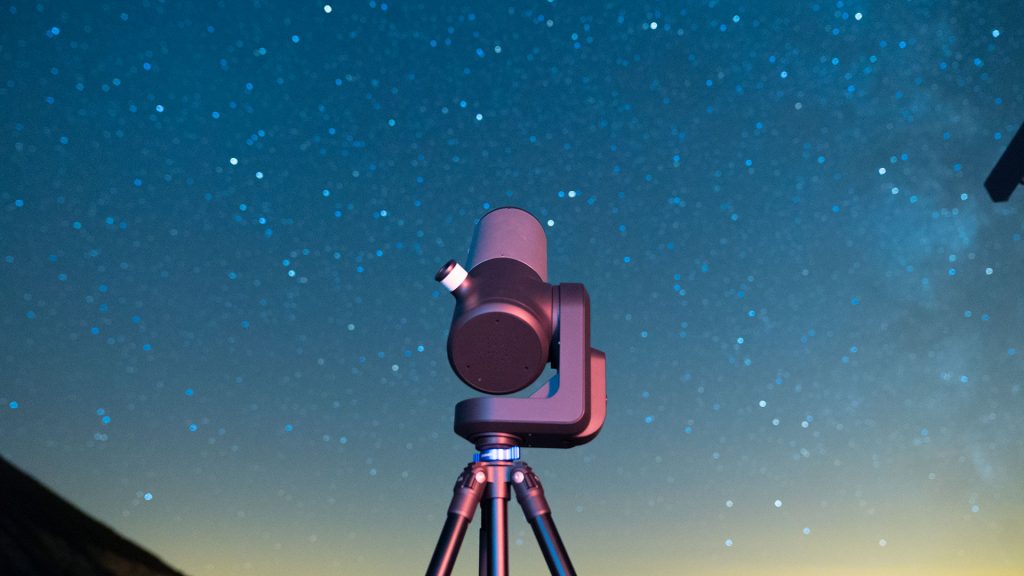 The Unistellar eVscope Telescope uses Enhanced Vision Technology to deliver unparalleled views of the night sky alongside autonomous field detection that will help you pinpoint and learn about new formations and astrological bodies. It offers smartphone connectivity and can be controlled via an app and has easy social sharing of your discoveries so, if you think you’ve discovered a new comet or even a planet, you’ll be able to get it straight onto Facebook. 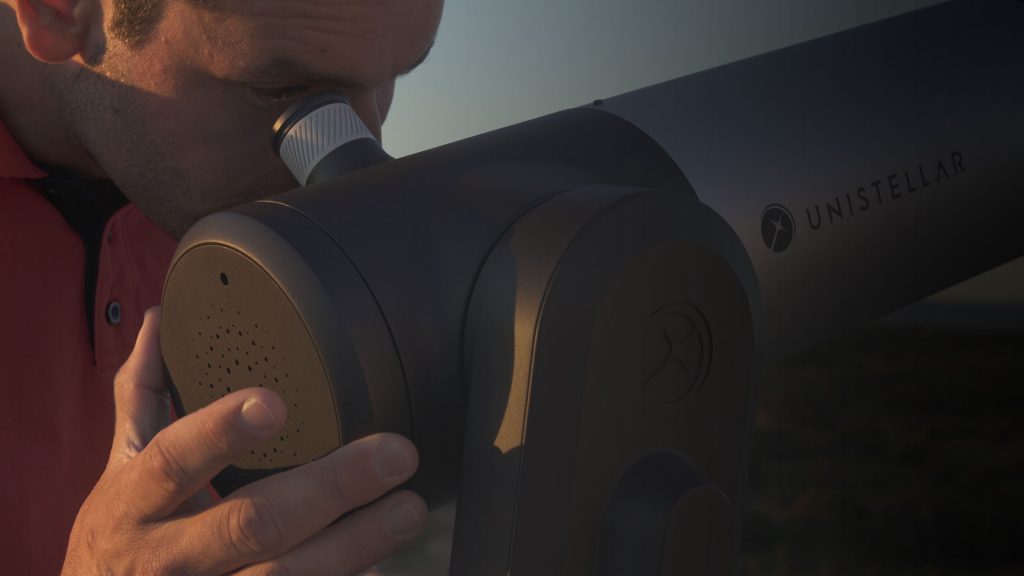 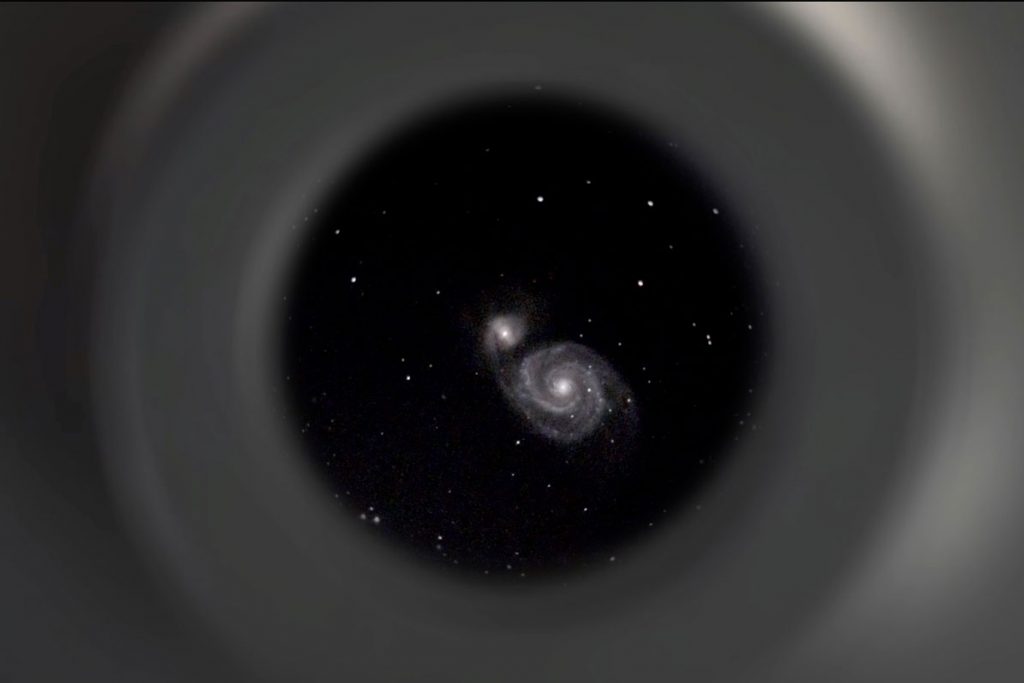 Incredibly advanced from a technological standpoint, the Unistellar eVscope Telescope makes use of a patent-pending technology which is based on the accumulation of light over short periods of time and it utilises a low light sensor, as well as on Unistellar’s proprietary algorithms of image processing that deliver on an on-board calculation module. The end result is a wonderfully amplified image which is projected at infinite focus into the eye of the observer with 1,000,000:1 contrast ratio, delivering a genuine and live experience of the night sky.

One of the principal advantages and benefits of the Unistellar eVscope Telescope is just how portable and mobile it is meaning you’ll be able to take it out on the road to find the best observation spots. The telescope’s app lets you wirelessly control the eVscope on Bluetooth or Wifi. Operating on Android, iOS, Windows, Mac or Linux, you can pick between beginner and expert modes. 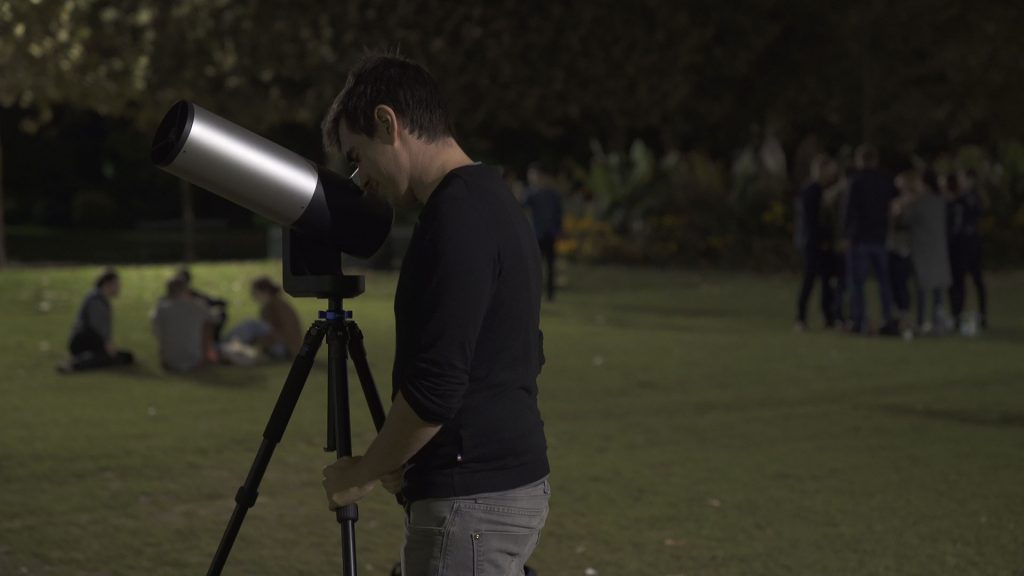 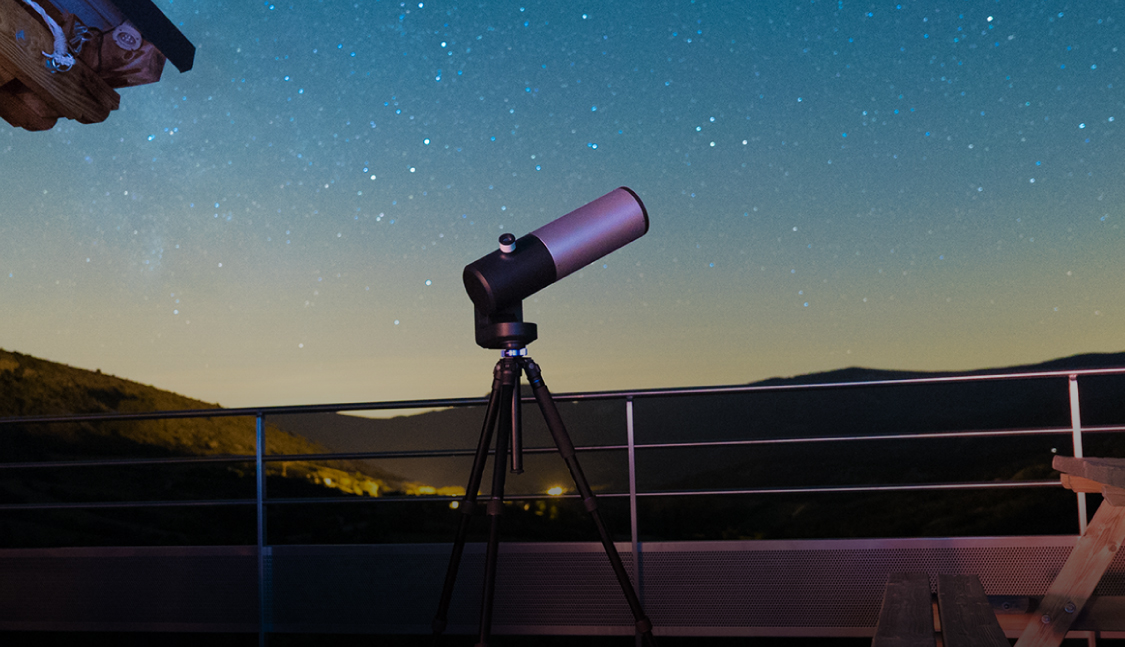 In beginner mode, everything will be done automatically: after the automatic alignment procedure completes itself, just pick an object and the telescope will point to it. In expert mode procedures can be set manually – meaning you can choose the sky region for alignment, point manually anywhere in the sky, manage the sensor sensitivity and exposure time, alter noise reduction and gamma curve for a much more hands on star-gazing experience. If this sounds like your cup of tea, head to Kickstarter now and get behind this out of this world campaign from Unistellar.