So far as apparel that is prepared to push the envelope and think outside of the box is concerned, there aren’t many brands that can hold a candle to Vollebak and, as if to prove this point, they’ve just released the bonkers but brilliant looking Black Squid Jacket. This extraordinary piece of outerwear is billed as a colour shifting jacket which is based upon 500 million years of evolution.

The Vollebak Black Squid Jacket has quite a punchy price tag of £795 but when you delve into what it actually offers and its highly unique disposition, this lofty outlay comes considerably more justifiable. This breathtaking piece of apparel from Vollebak is a fully waterproof and windproof outer shell that mimics one of nature’s most mesmerising innovations – namely, the adaptive camouflage of the squid and the end result is a jacket quite unlike anything else you’ll find on the market.

500 Million Years in the Making

Over the last 500 million years, squid have evolved the capacity to change their colour and appearance at high speed and with almost infinite variety to hide, attack, or communicate. Vollebak have replicated elements of this biological survival mechanism through the use of lasers, resin and over 2 billion disruptively-structured microscopic glass spheres. The Vollebak Black Squid Jacket looks like metal or oil in dull light conditions, but when it is exposed to vibrant light it rapidly reflects every colour in the visible spectrum. This alien-like power comes in handy whether you want to be seen on the ski slopes or you’re a 20cm sea creature trying to avoid becoming someone’s dinner. 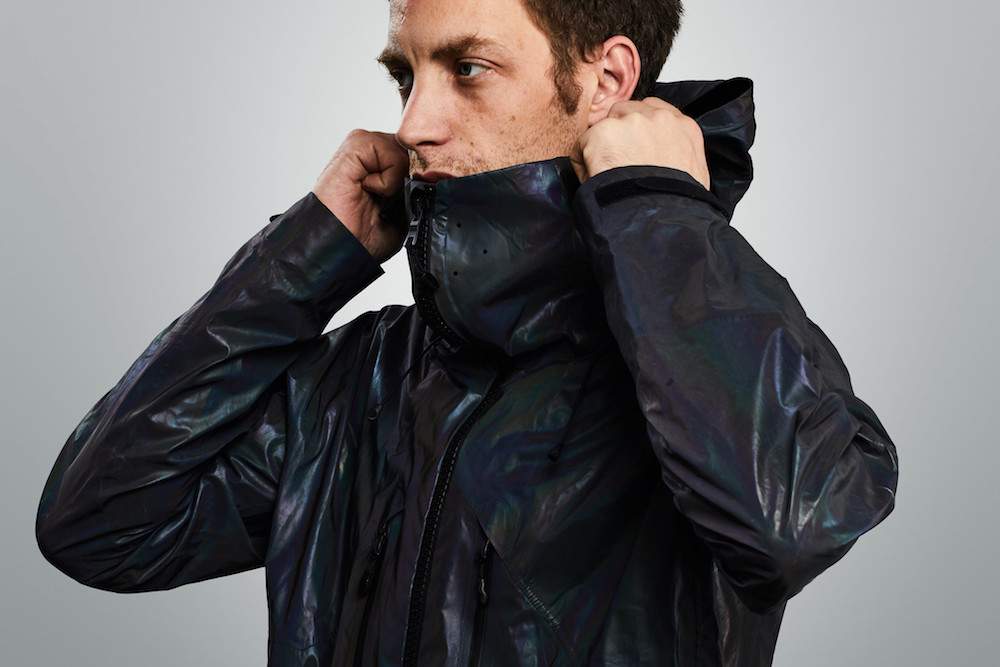 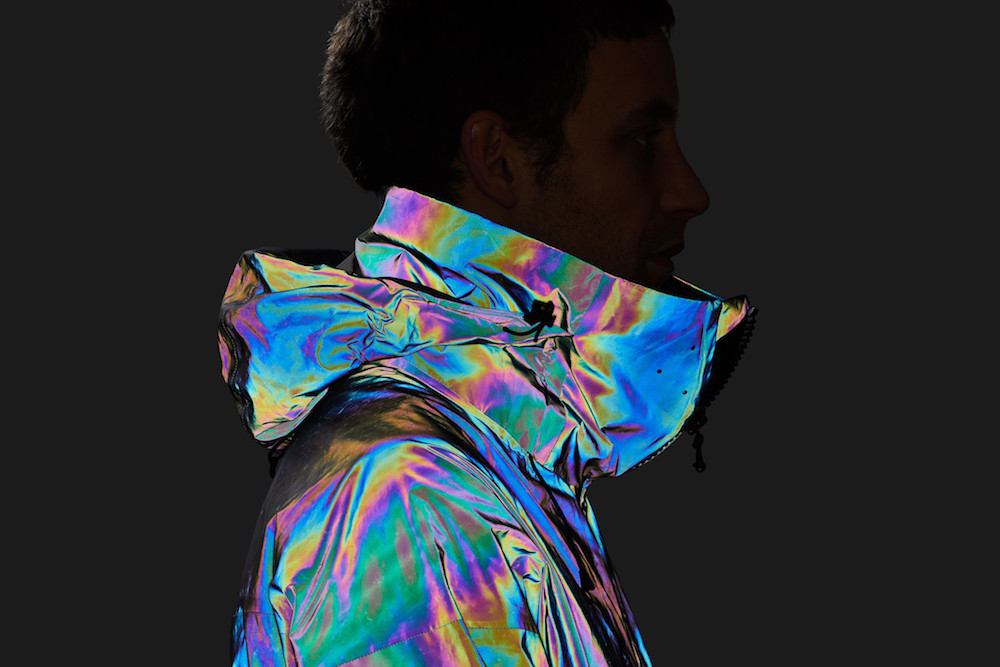 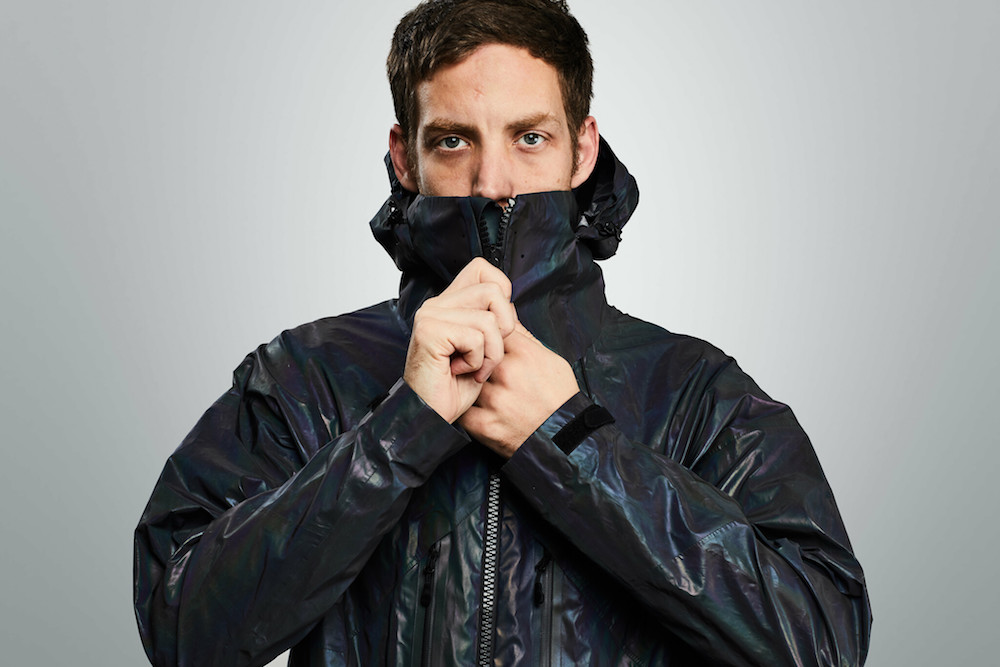 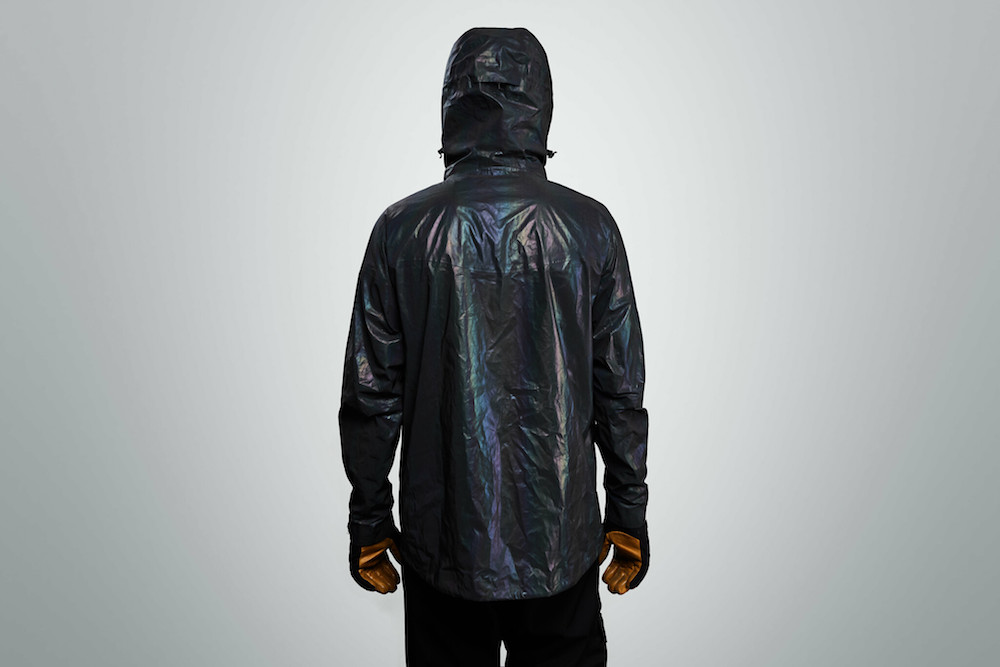 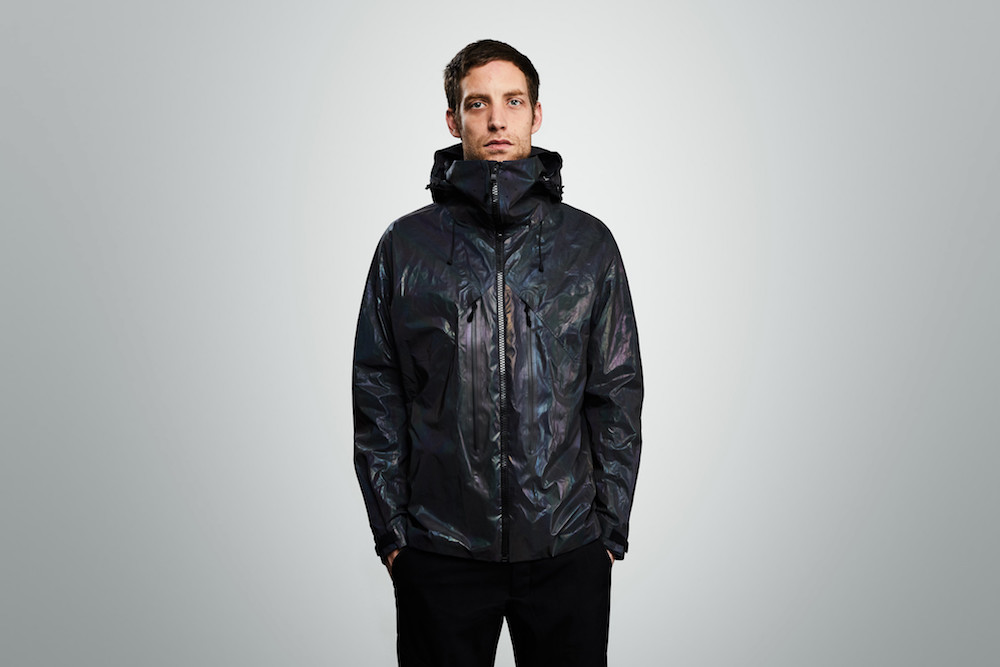 This latest addition to the line up of apparel from Vollebak takes things to a whole new level and it’s hard not to be impressed with what they’ve achieved with the breathtaking Vollebak Black Squid Jacket (£795). Due to its its transformational properties, squid skin is currently the subject of serious scientific study. The aim is to deliver an equivalent synthetic material that can rapidly camouflage itself by mimicking its surrounding environment. With the military looking for solutions that would enable soldiers and machines to seemingly disappear, it’s only a matter of time before it becomes reality and this jacket is one of the first steps to achieving it. 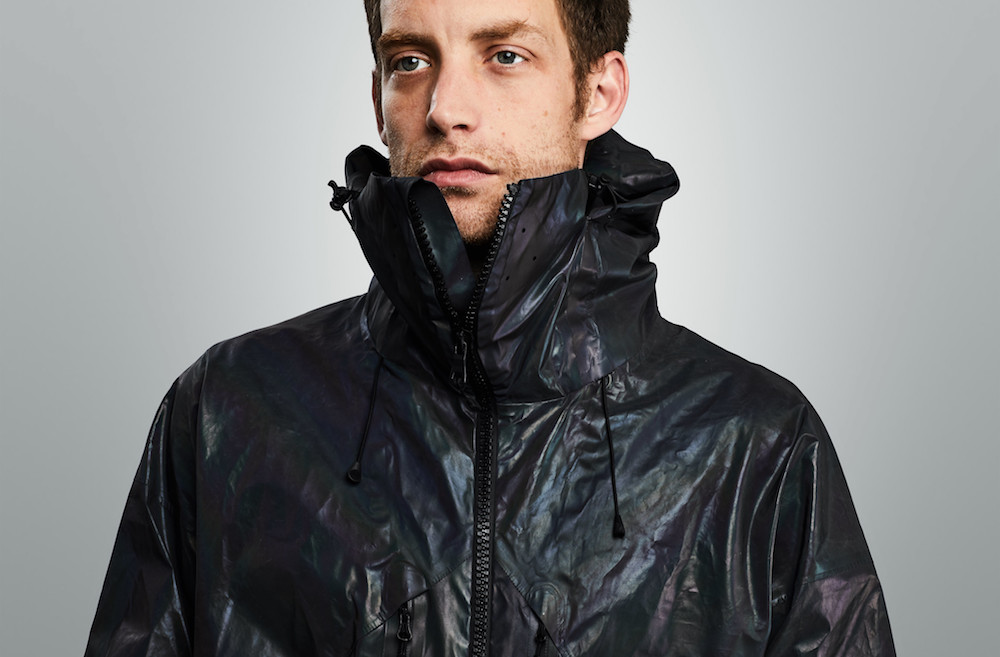 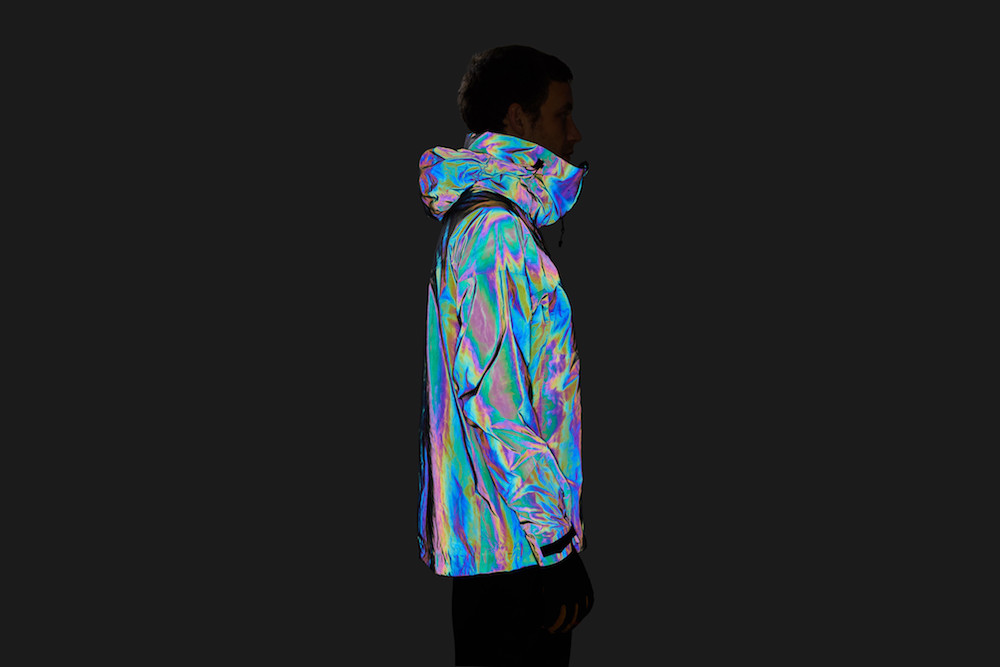 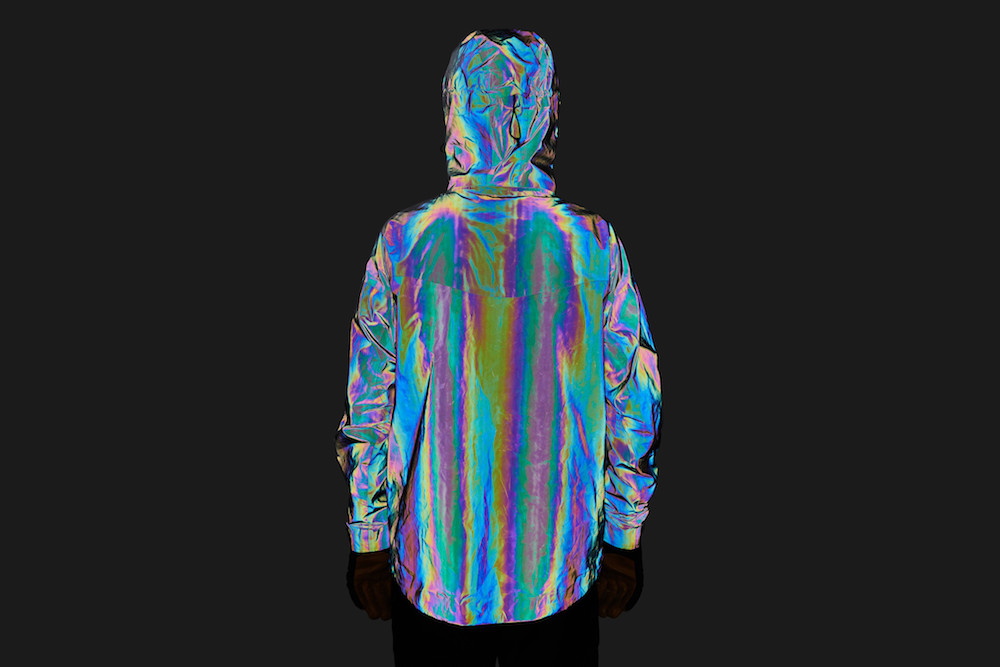 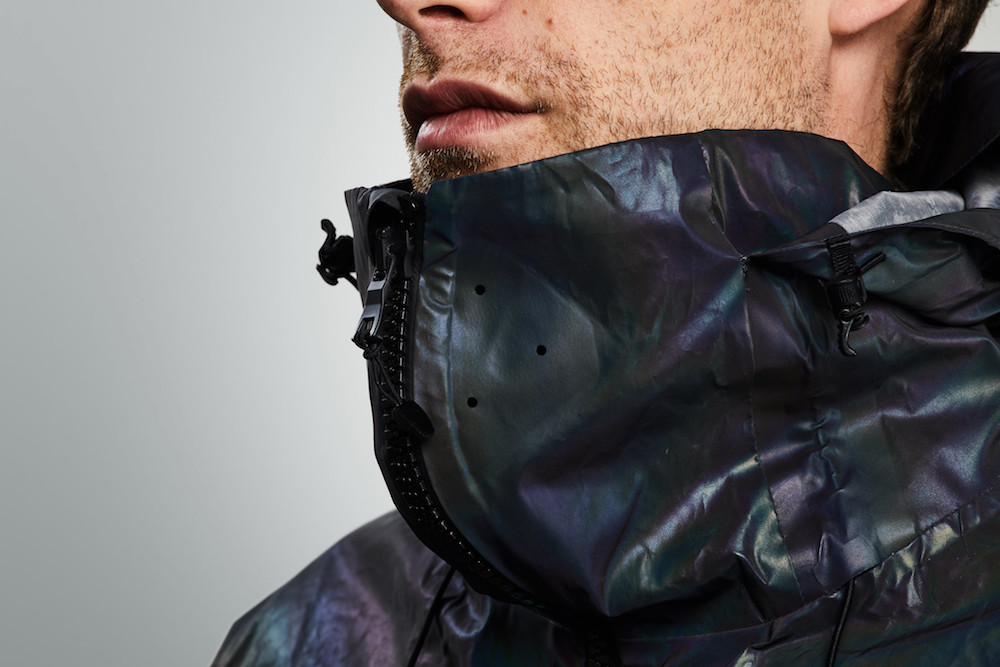 The awesome looking Vollebak Black Squid Jacket focuses on replicating the elements of squid skin that make it hyper-visible. Due to the fact that the same nerve network in the squid’s skin that allows it to change its colour and markings also lets it appear to be emitting stunningly bright light. With a special layer of cells in its skin acting like a mirror, it can turn iridescent and radiantly bright by reflecting and scattering all visible light, creating mesmerising patterns across its skin and this is the aesthetic that this superb looking piece of outerwear aims to replicate.

The beauty of the Vollebak Black Squid Jacket lies in the fact it changes so quickly and effectively its look. In sunlight it will look like liquid metal and when the flash is on, it looks like it’s from a different planet entirely. As the jacket reflects light straight back at the flash, it also directly strikes the lens – which makes the jacket look like it too is emitting light. At the same time the surface of the jacket scatters the remainder of the light to give it its mind-bending colour. 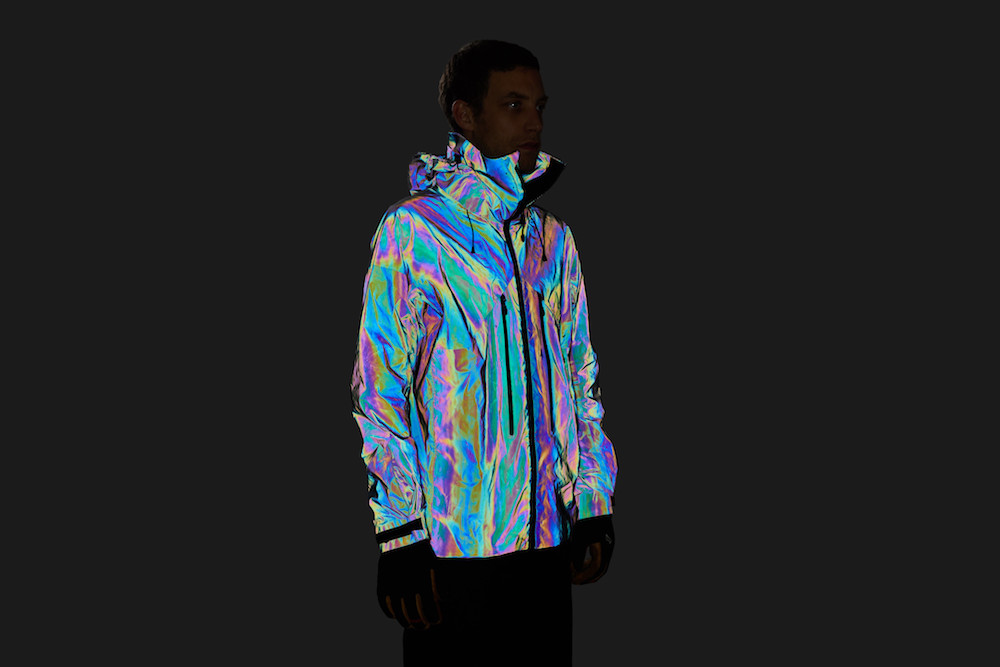 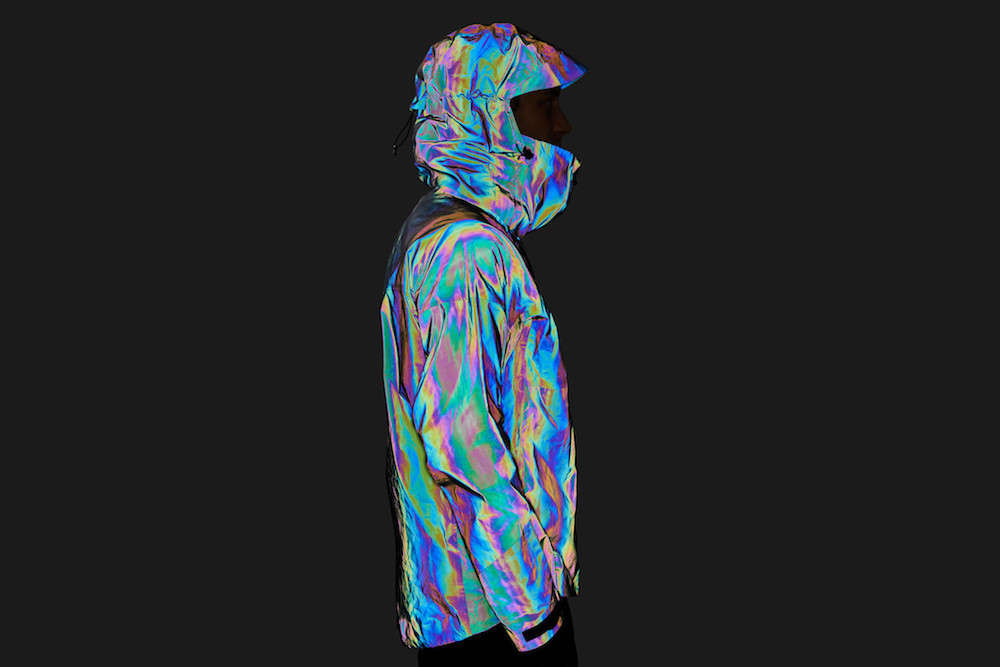 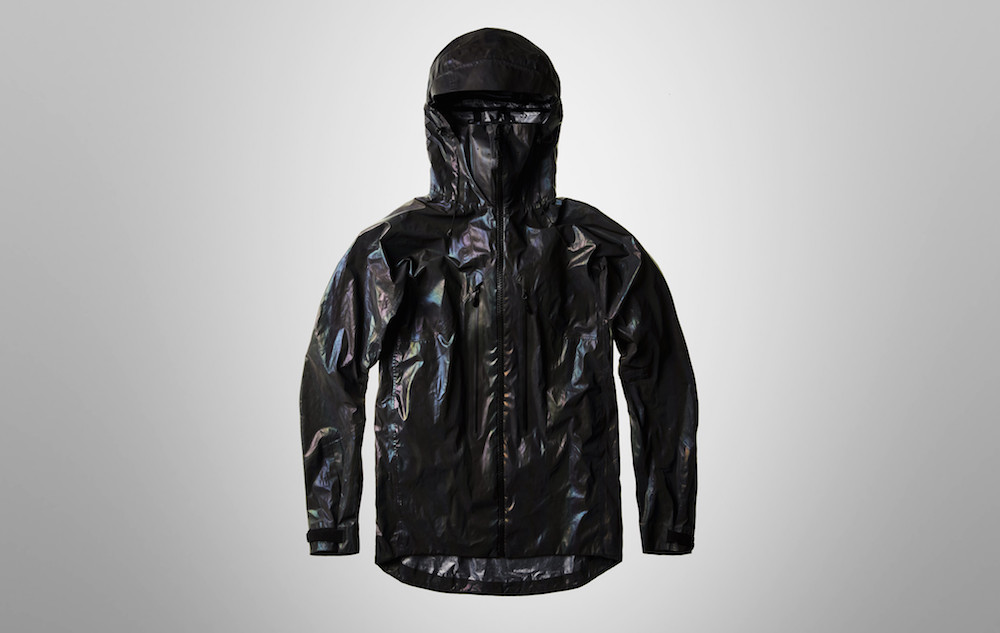 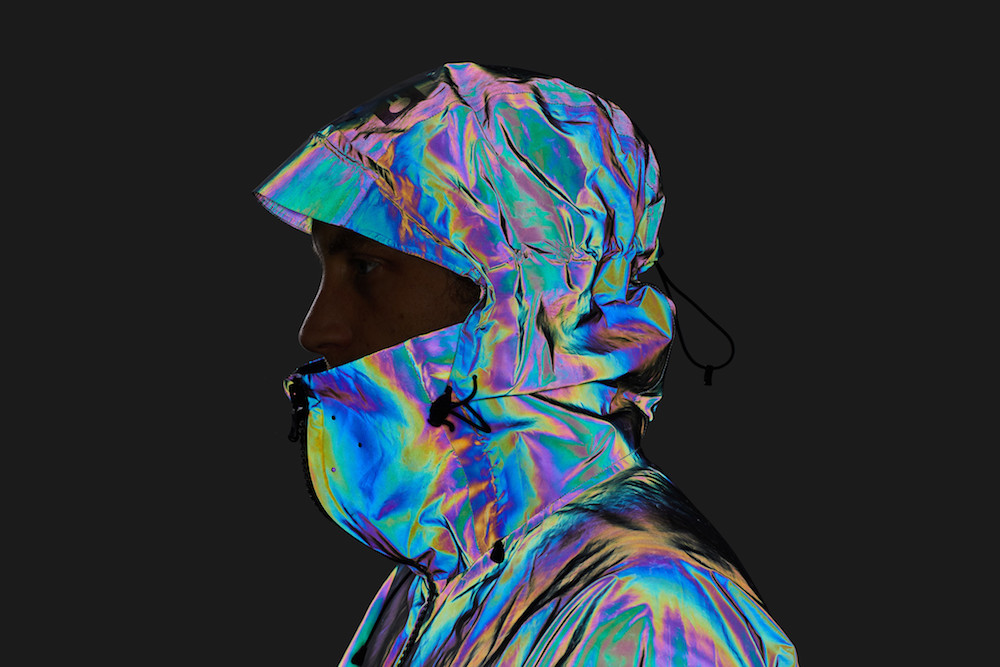 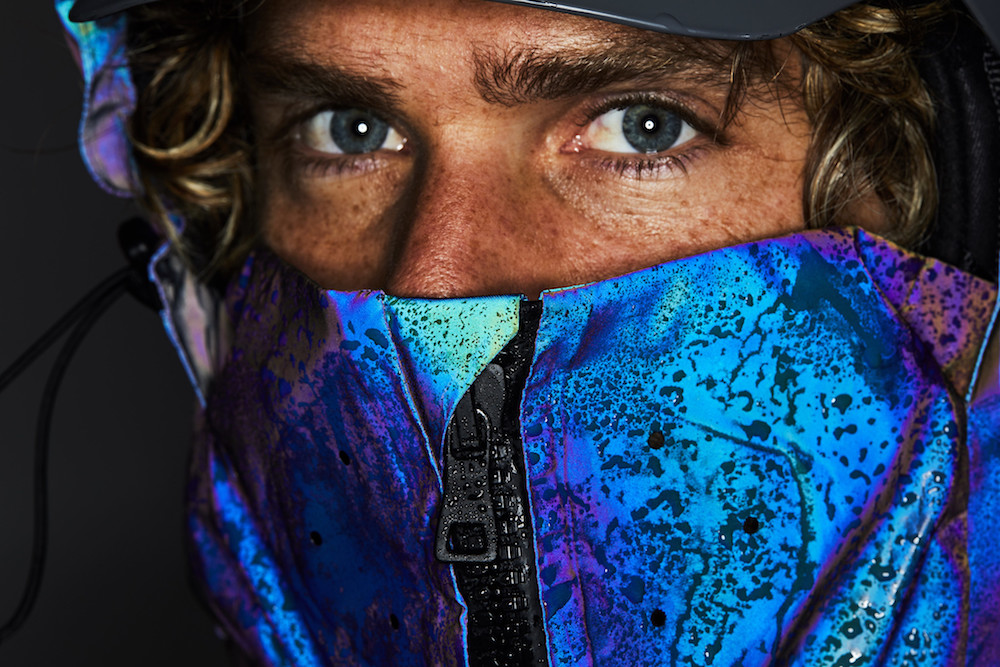 Available for £795, we don’t expect this Black Squid Jacket from Vollebak to hang around on the shelves for long so if you’ve liked what you’ve seen, you’ll need to move quickly to secure one. It is a fully waterproof and windproof uninsulated outer shell that is designed to work with any gear from Vollebak’s layering systems worn underneath it for warmth. If you do need to dump heat out of the jacket you’ll see that it has two waterproofed pit zips with two-way zippers that can be operated with one hand.