It’s a problem almost as old as time (or at least as old as the bicycle). We are, of course, talking about finding the perfect carry for when you’re out on your bike and this is something which, hitherto, has been quite problematic. The fantastic looking Two Wheel Gear Convertible Bike Briefcase, which you can find funding over on Kickstarter right now, might just be the holy grail bag you’ve been waiting for when it comes to combining functionality with style whilst cycling. 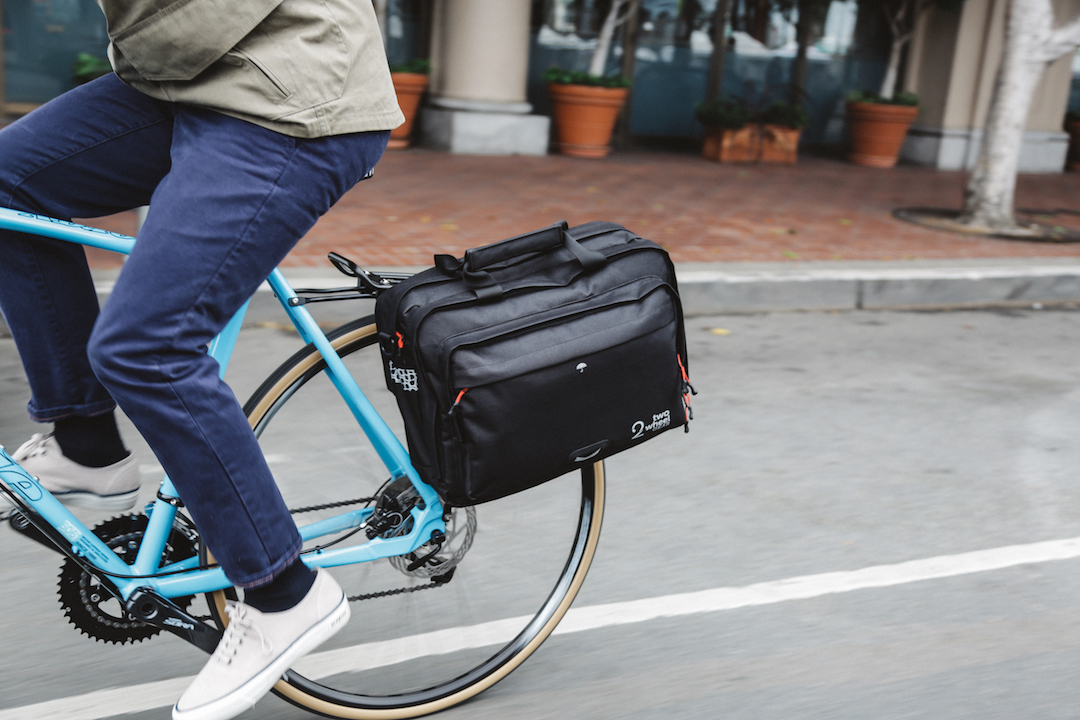 The Two Wheel Gear Convertible Bike Briefcase is billed as the world’s most organised bike briefcase that will come as a godsend to those who have grown weary with unsuitable backpacks and duffles whilst commuting on two wheels. This clever construct effortlessly converts from laptop pannier to office bag depending on your needs and we fully expect it to become one of Kickstarter’s most popular carry campaigns courtesy of its striking visuals and immense versatility. Not to mention there are a lot of frustrated bike owners out there looking for a bag exactly like this.

The Cycle Bag You’ve Been Waiting For

It’s the convertible nature of this carry from Vancouver based Two Wheel Gear that really marks it out as the strongest contender to be your next cycle bag. The clever, innovative design lets you use it as a messenger style briefcase for when you need to commute to work and, crucially from the versatility point of view, it will effortlessly switch to a pannier that attaches to any bike rack when you want to use it for this sort of storage. 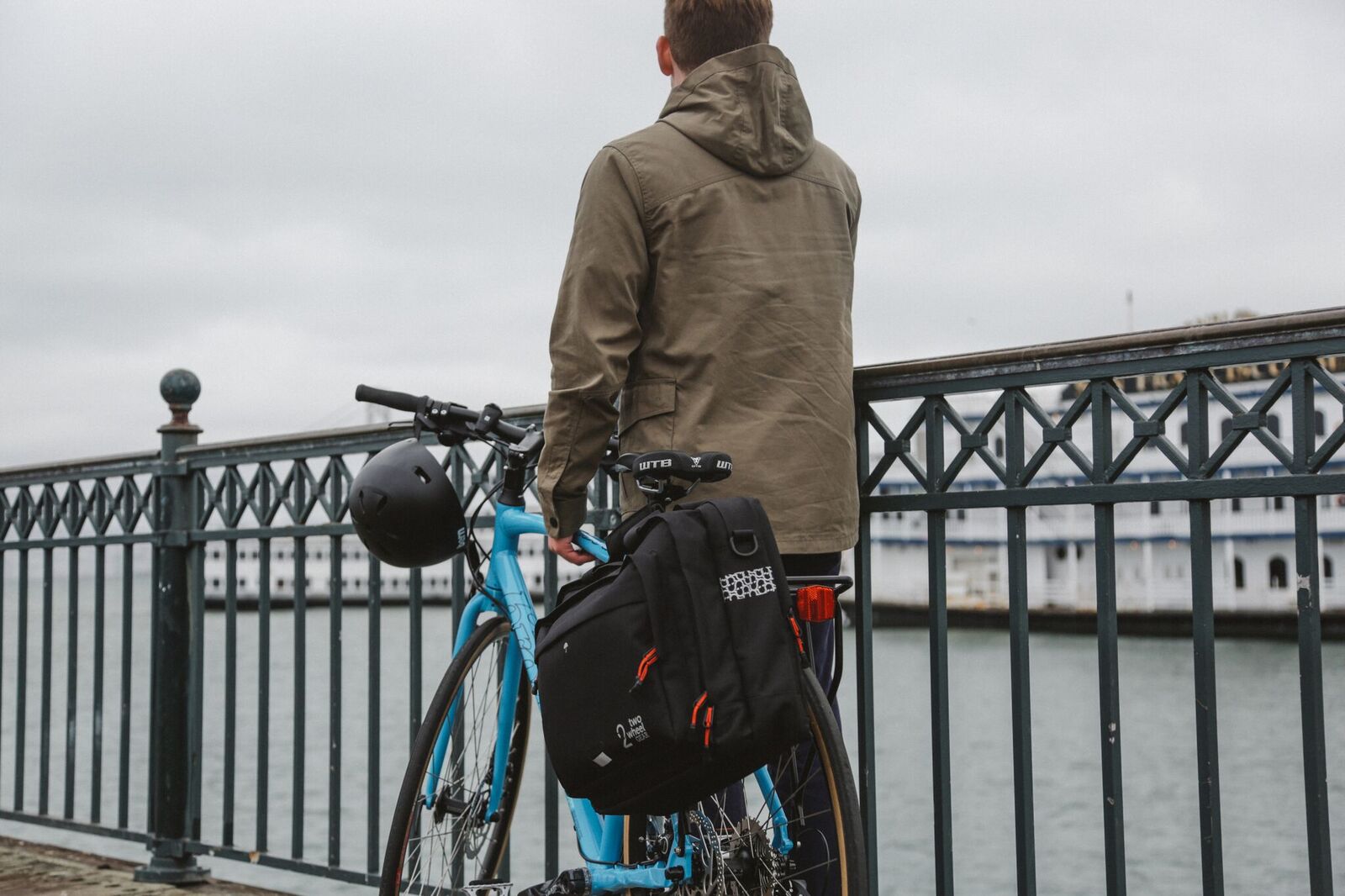 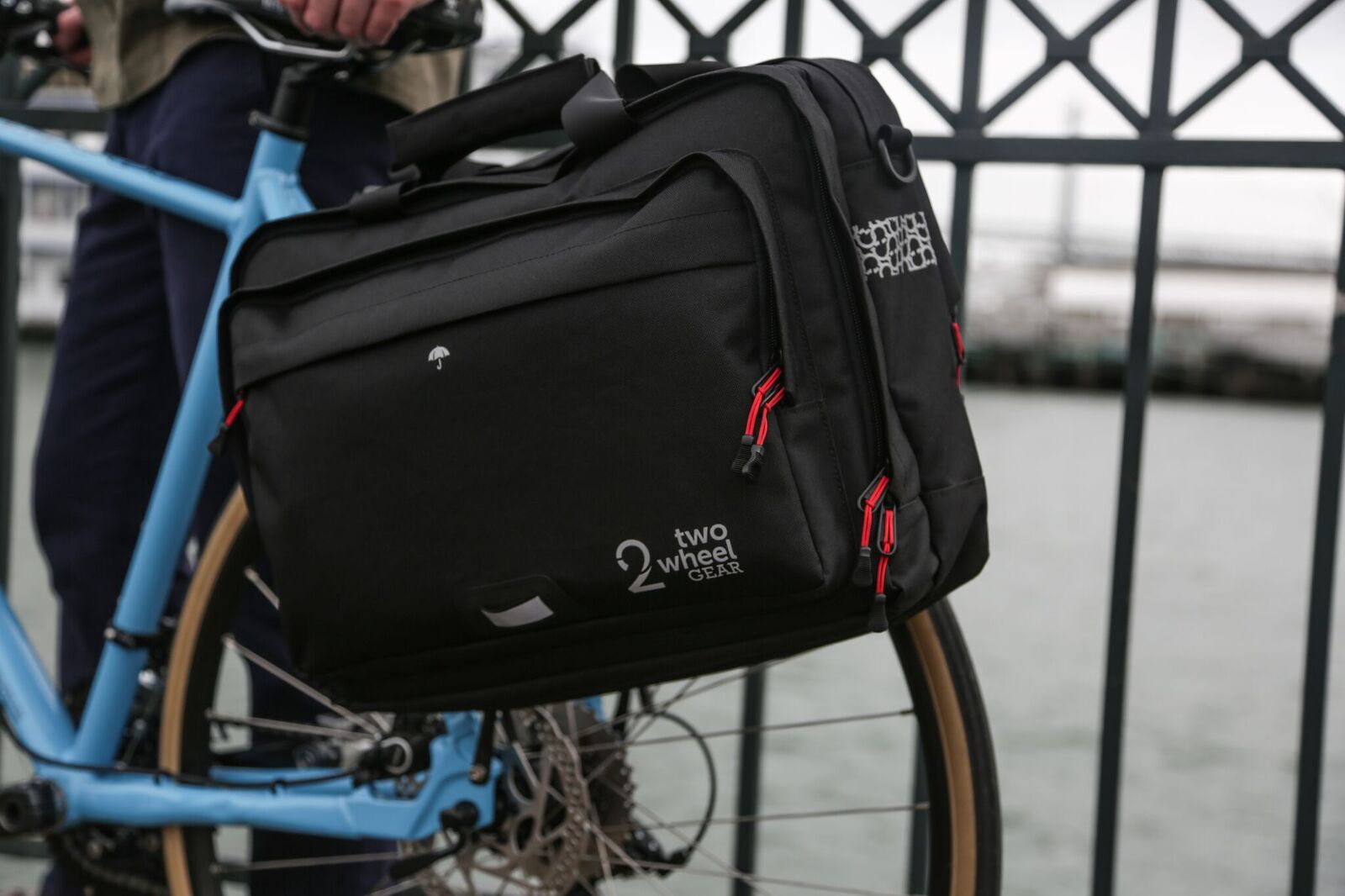 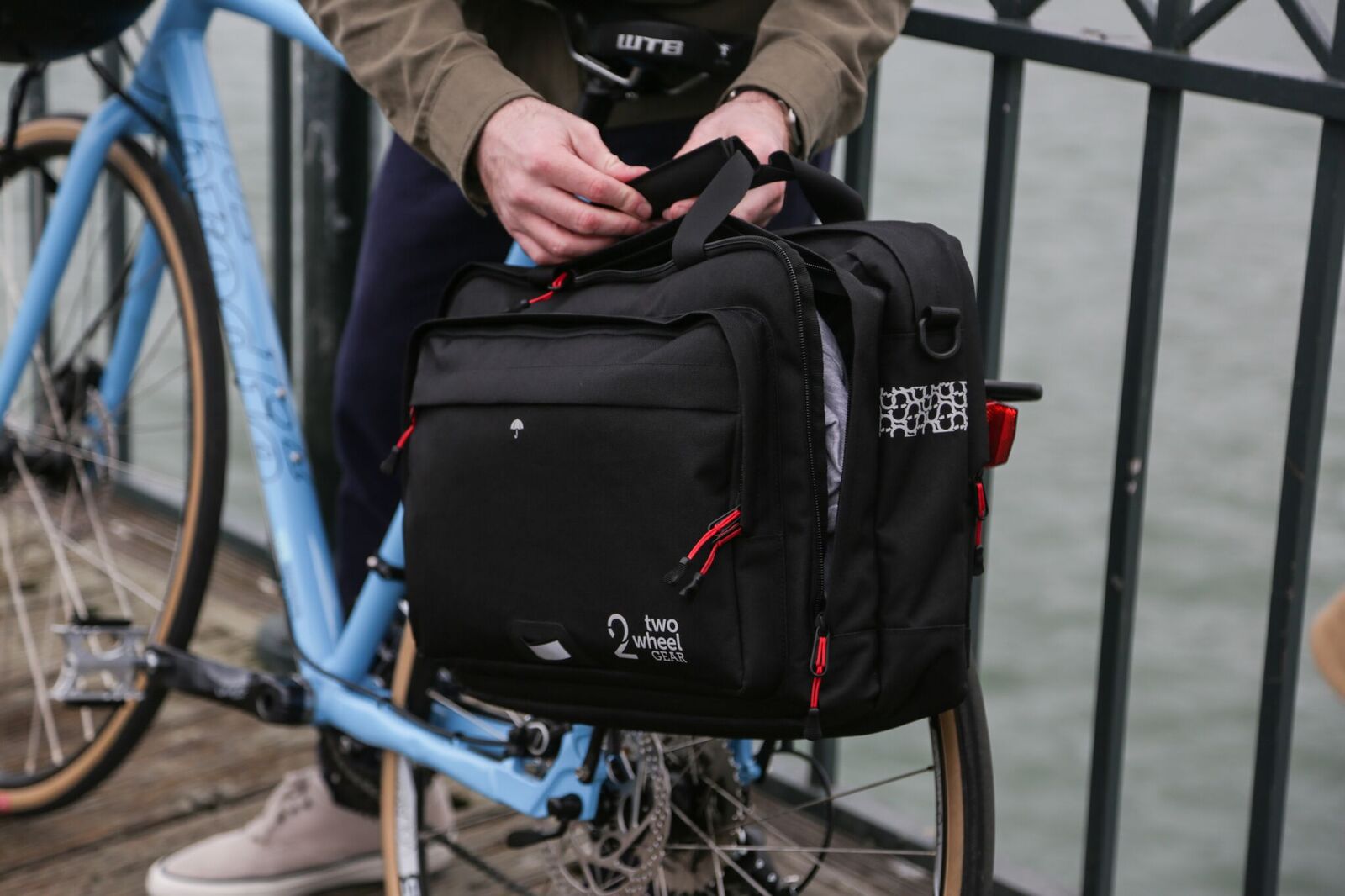 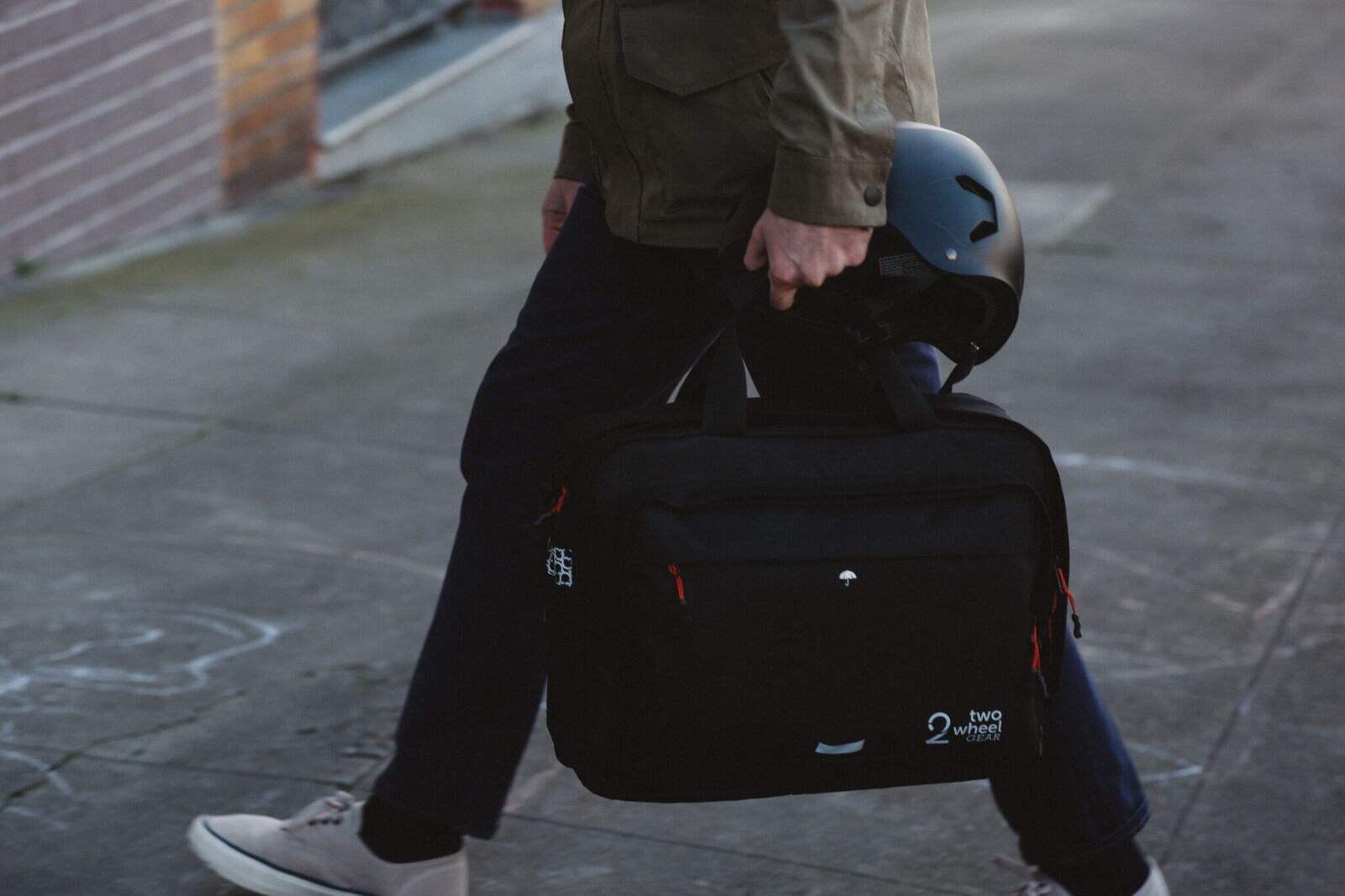 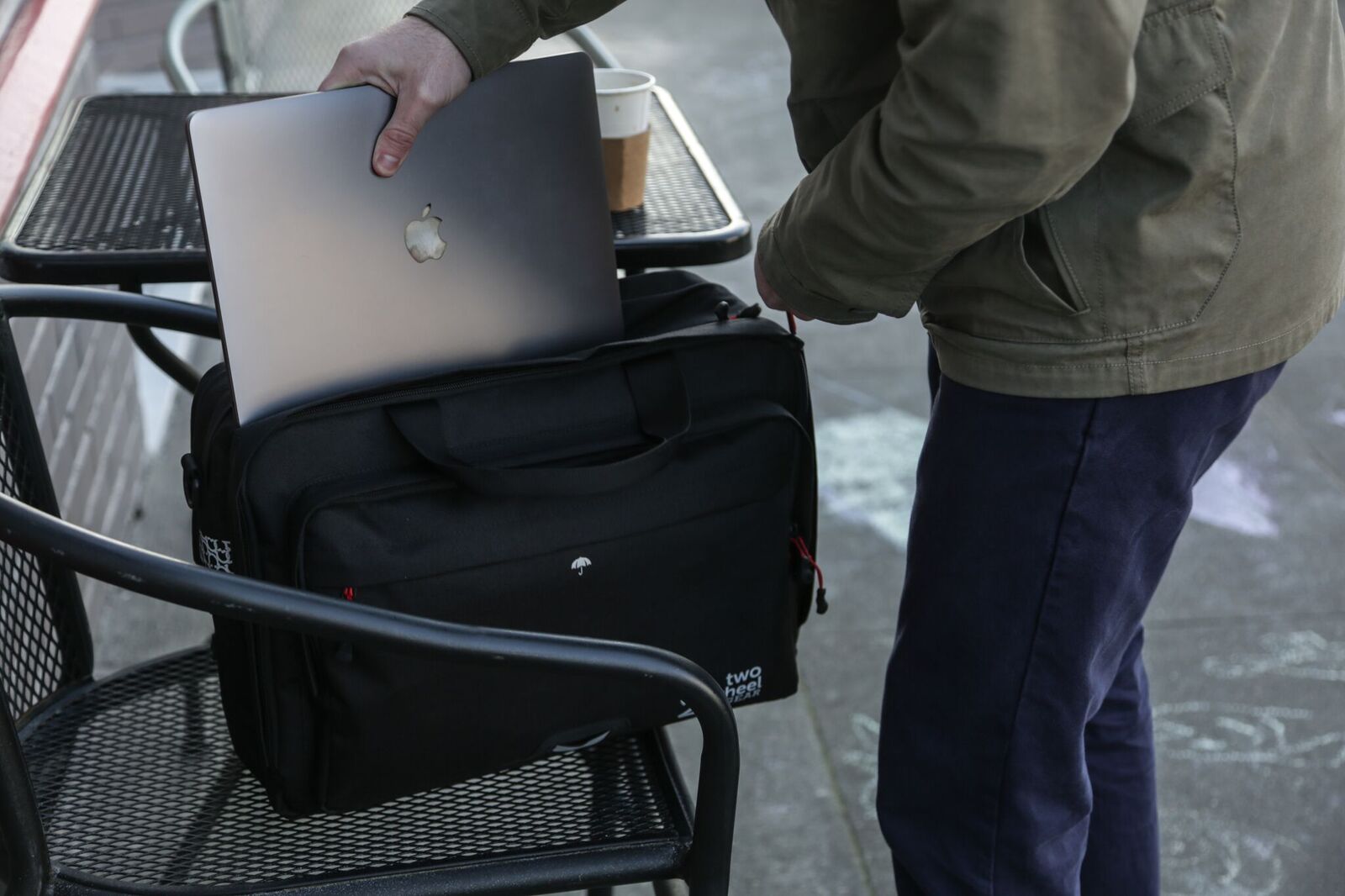 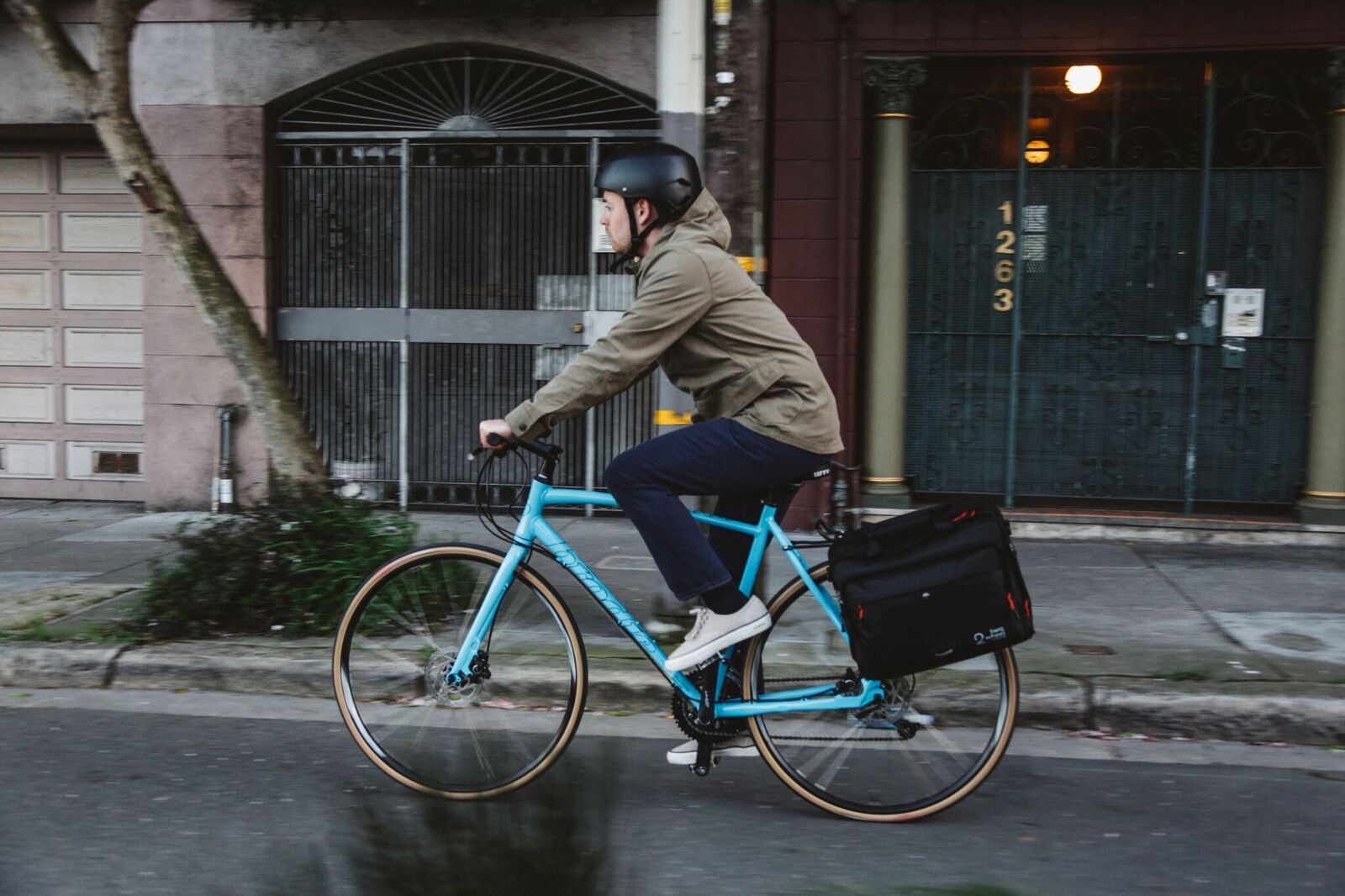 The Two Wheel Gear Convertible Bike Briefcase really does offer the best of both worlds to those regular cyclists out there on the search for the perfect carry. This first class cycling accessory from Two Wheel Gear converts between a bike rack mounted pannier and a professional messenger style briefcase in a matter of seconds. It’s beauty lies in the fact it’s a hybrid bag which has been carefully designed specifically for biking to work. Which, put simply, means it doesn’t look, perform or carry like any pannier you’ve seen on the market. 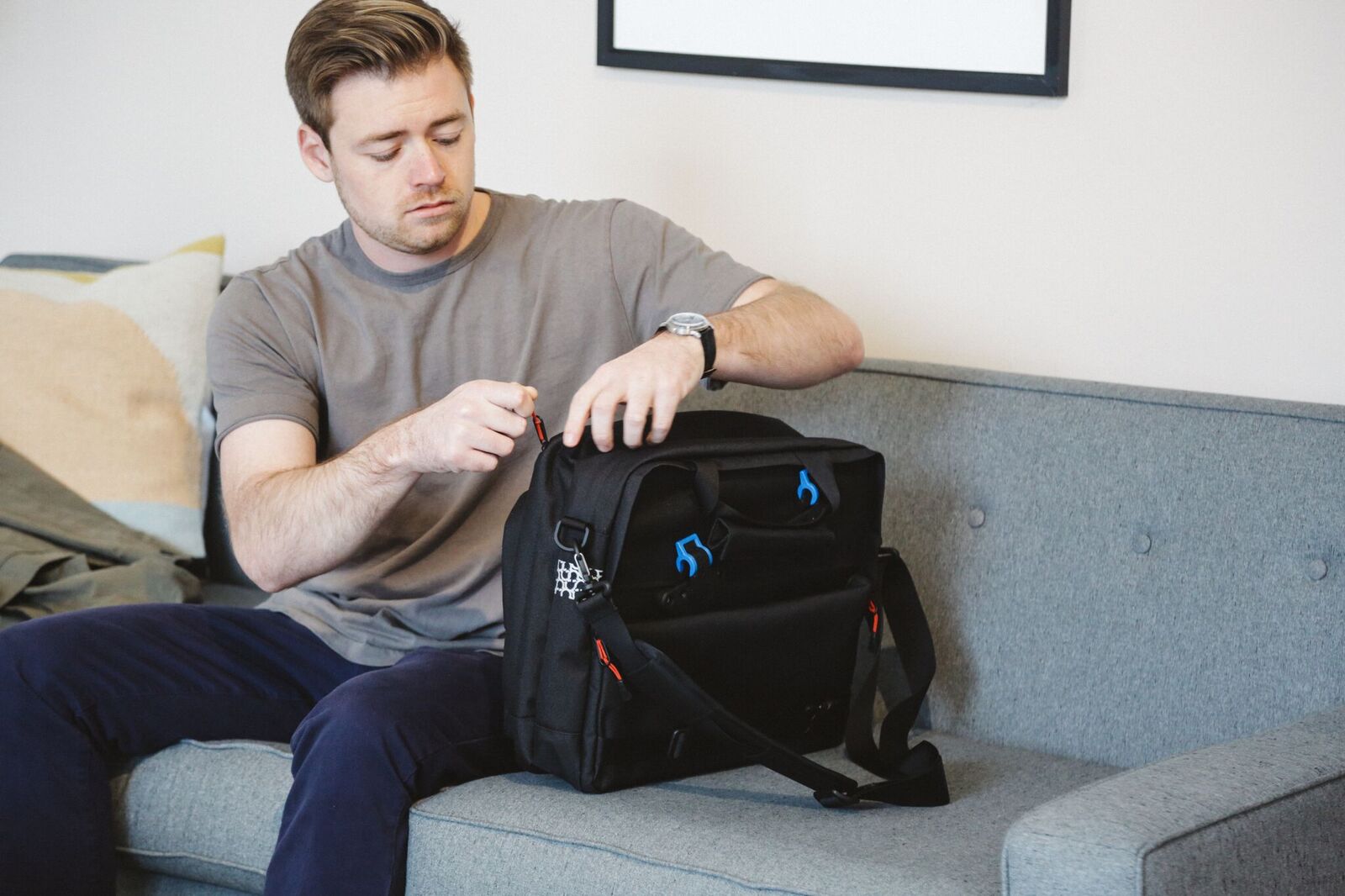 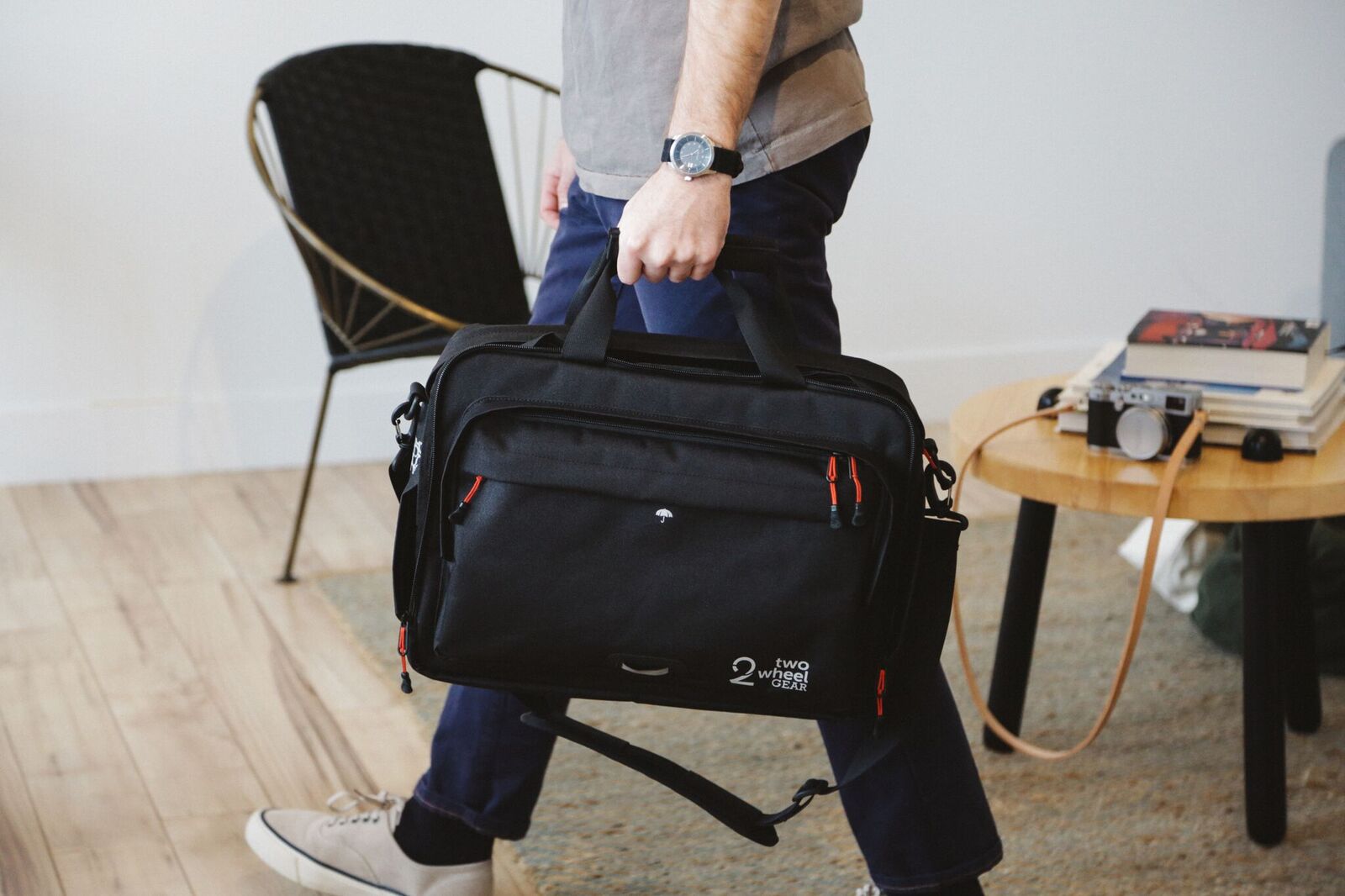 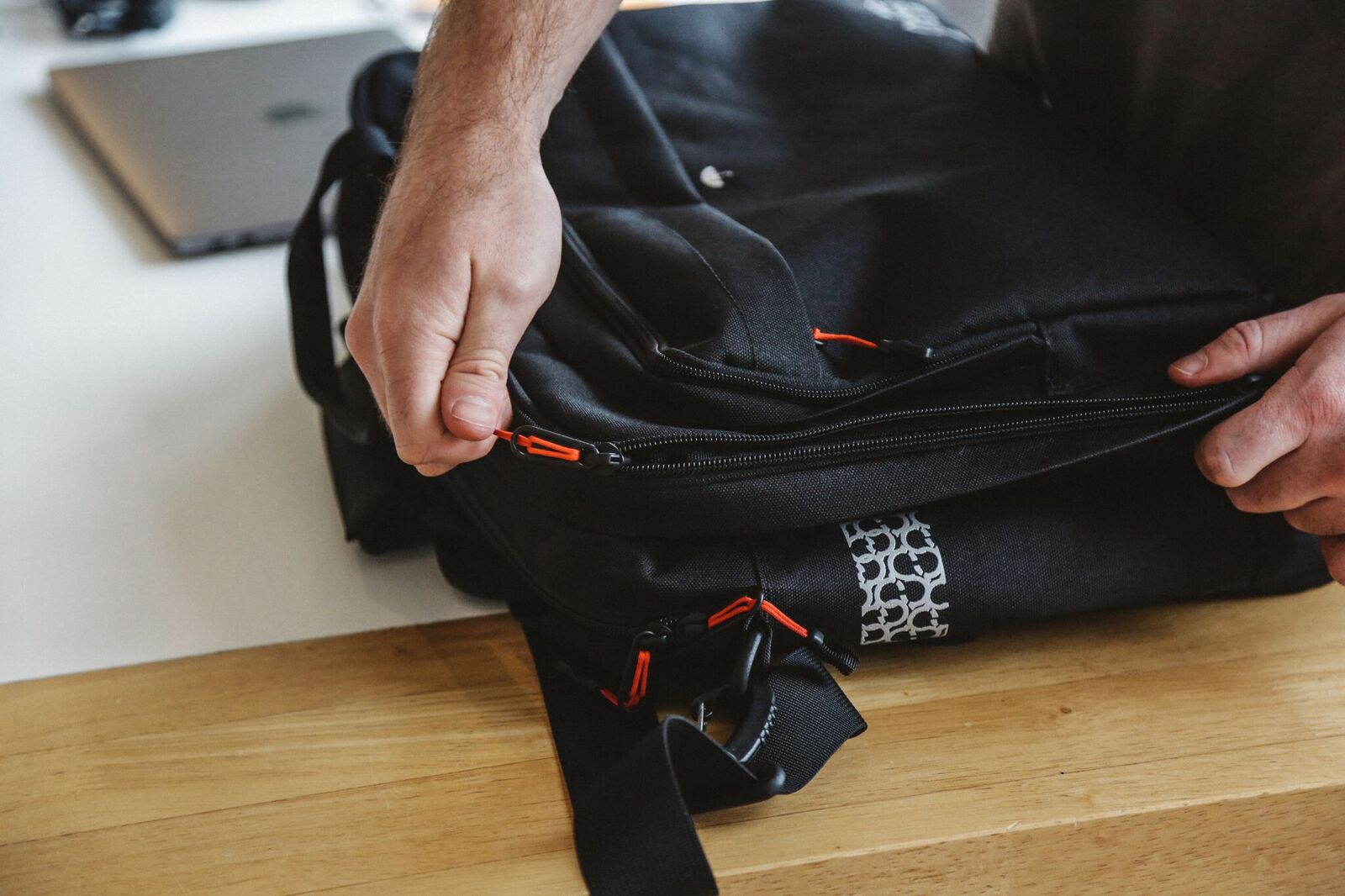 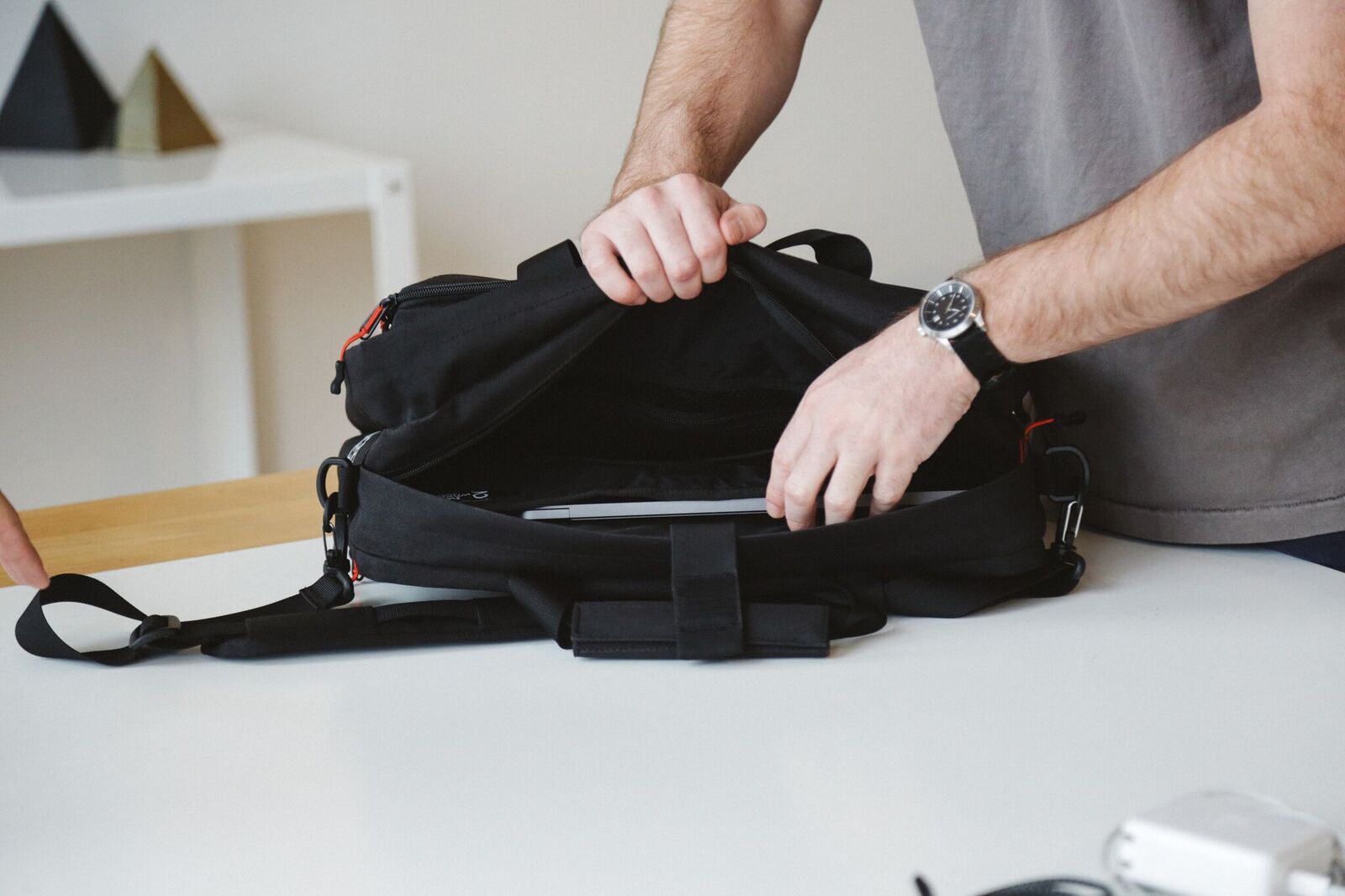 Organisation is the name of the game with this Two Wheel Gear Convertible Briefcase which goes that extra mile to ensure all your gear is exactly where you need it and within easy reach at all times. It has padded laptop and tech accessories storage space which can easily be transformed into regular travel storage space for clothes, shoes and wash bags. As you’ll often want your EDC essentials, such as wallets, phones, keys etc, safely stowed away whilst cycling, this fantastic carry has a section specifically built just for that.

Positively chock full of great features that are aimed at making your cycling life easier, such as a removable padded shoulder strap, briefcase carry handles and a rolling luggage attachment, it’s fair to say that you’re really not likely to find a cycling bag that comes close to the Two Wheel Gear Convertible Bike Briefcase in the functionality stakes. It’s easy to see why it’s already proving a popular choice over on Kickstarter. 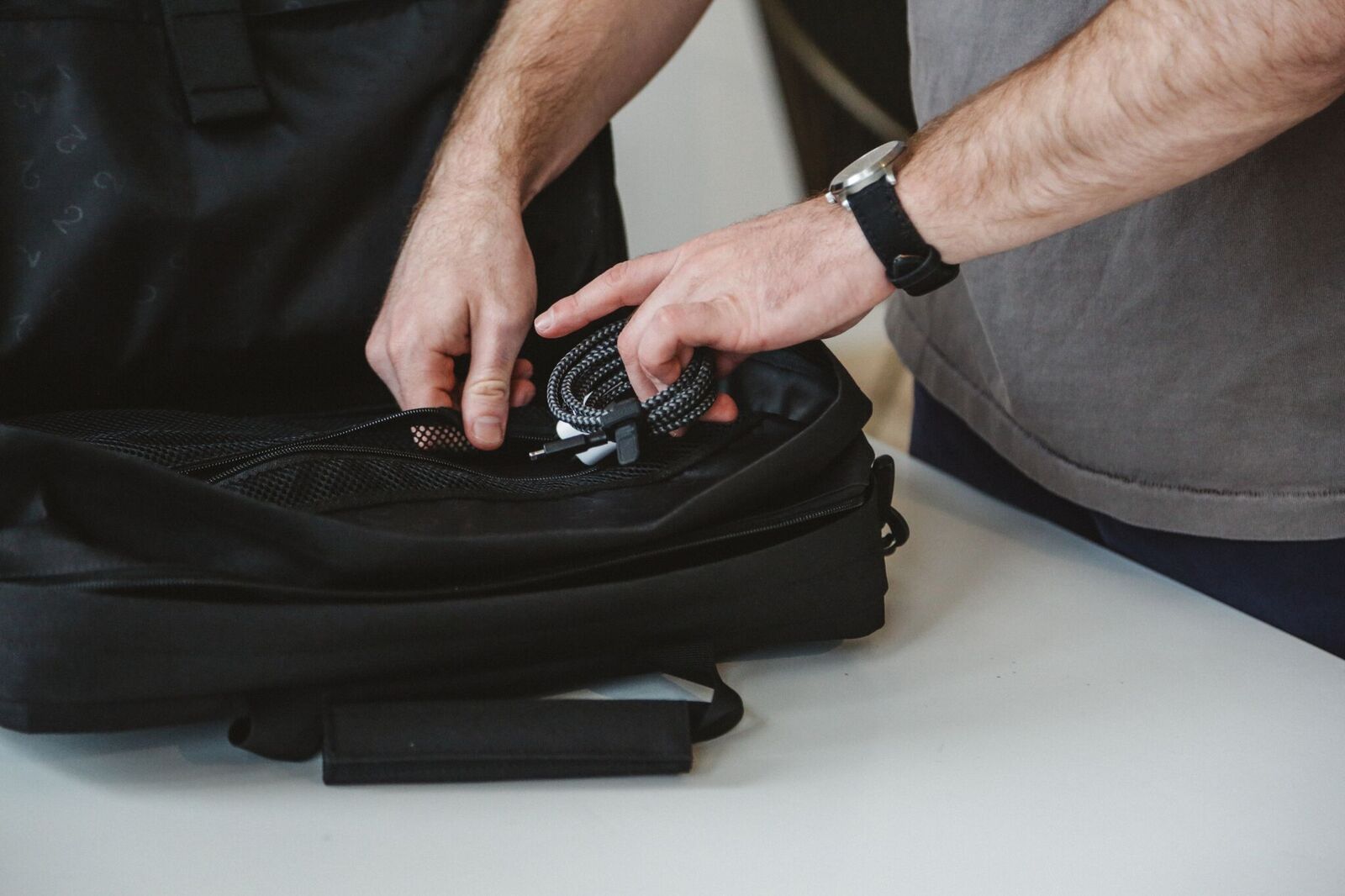 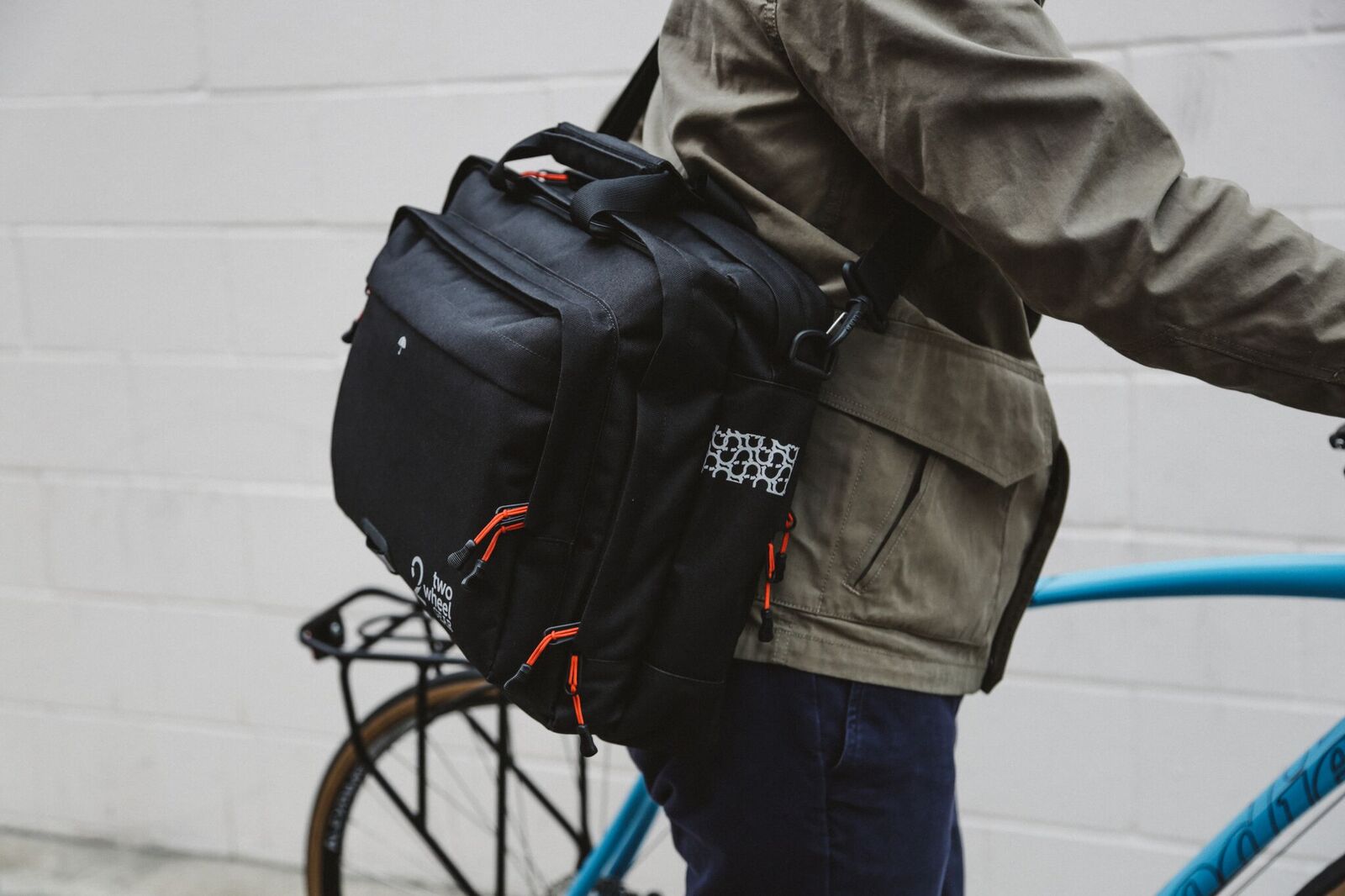 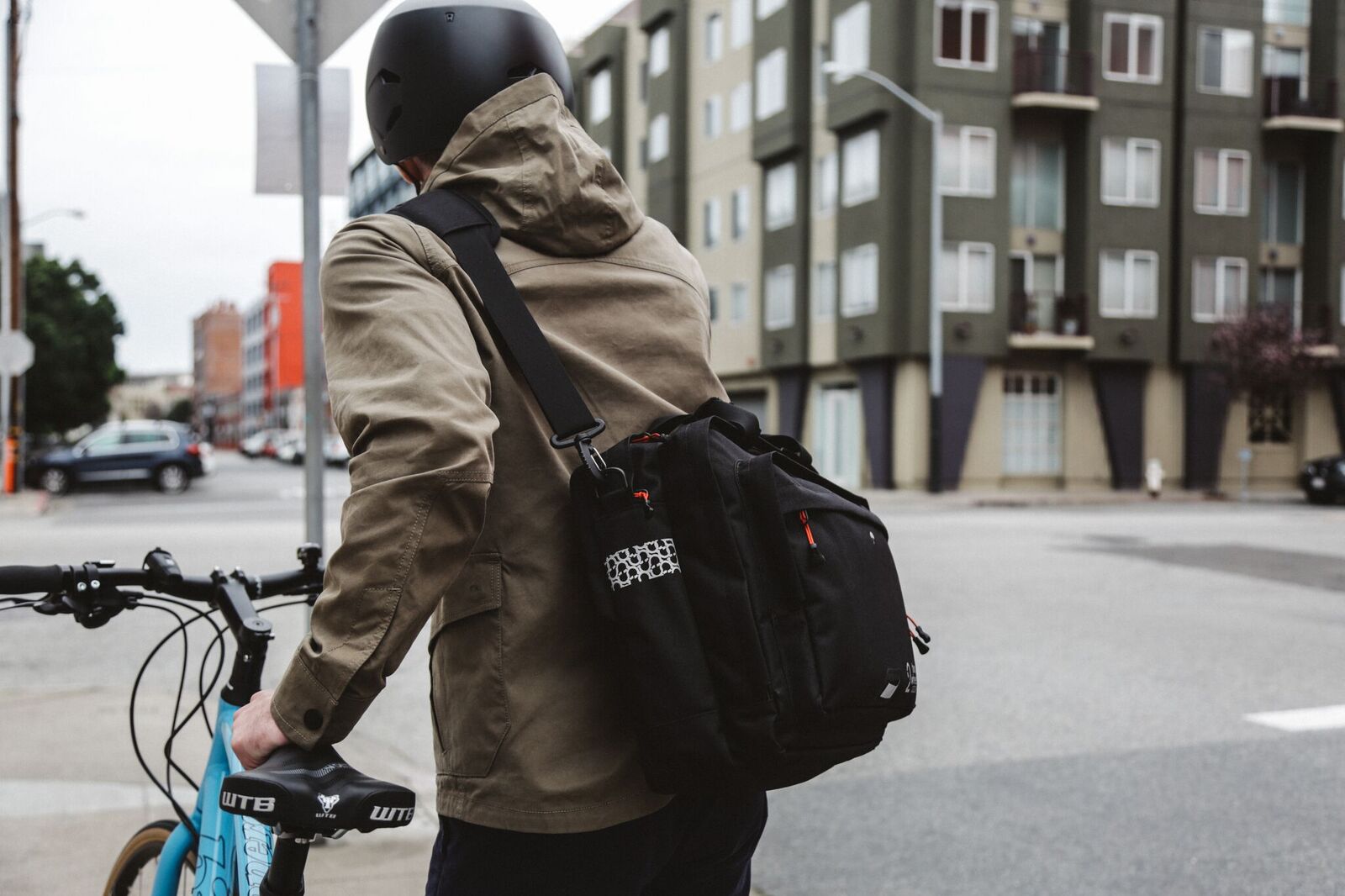 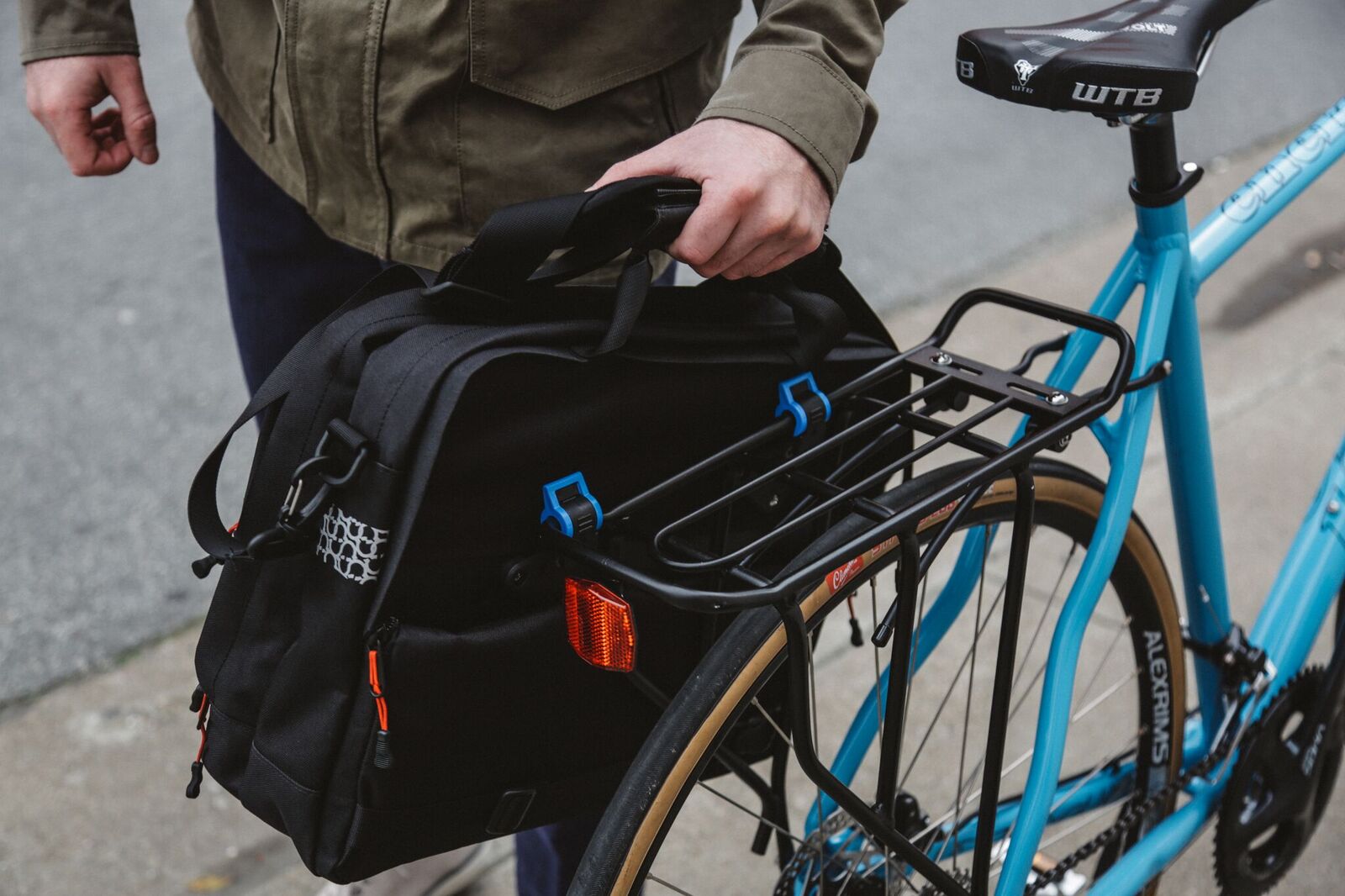 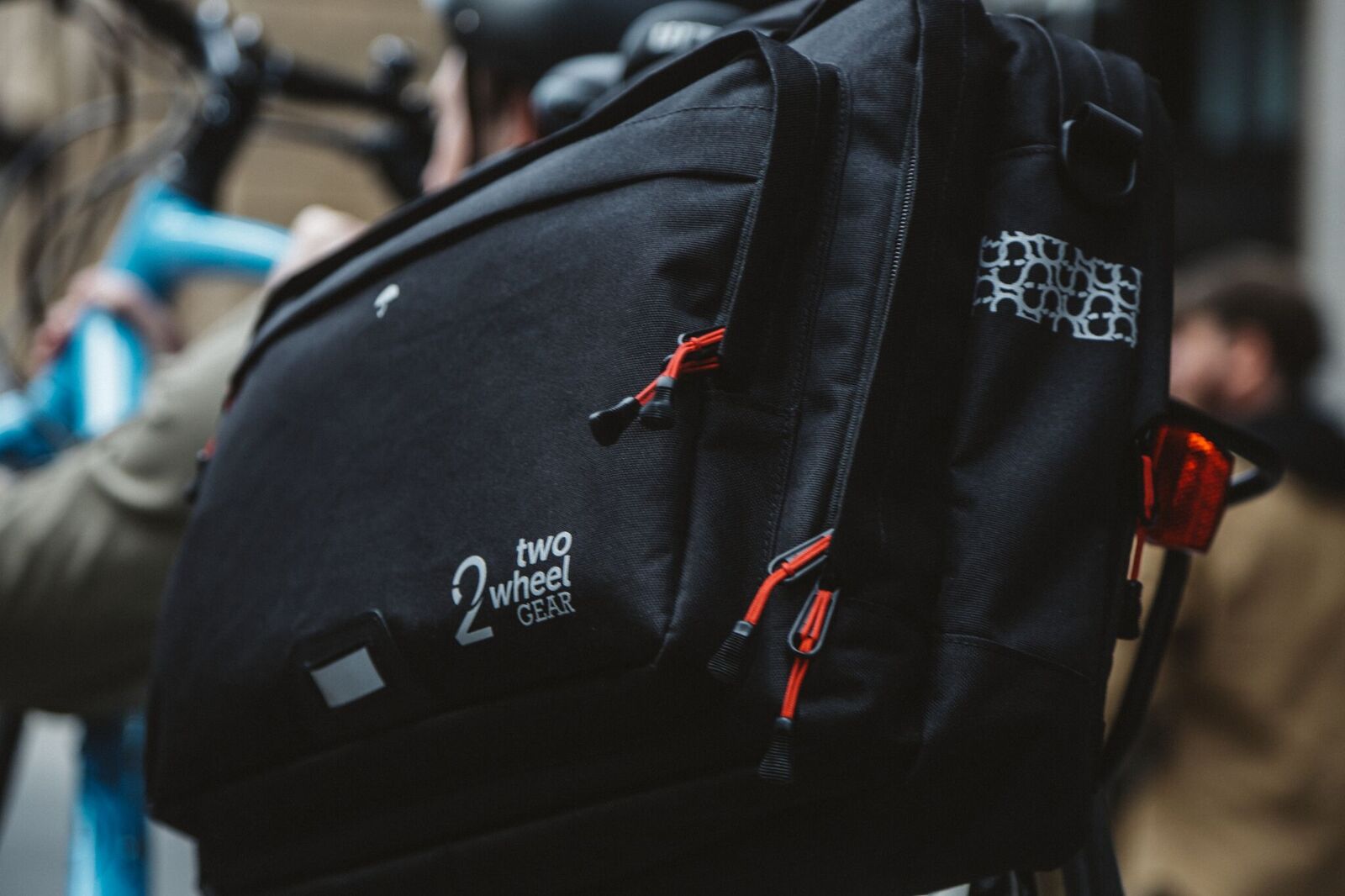 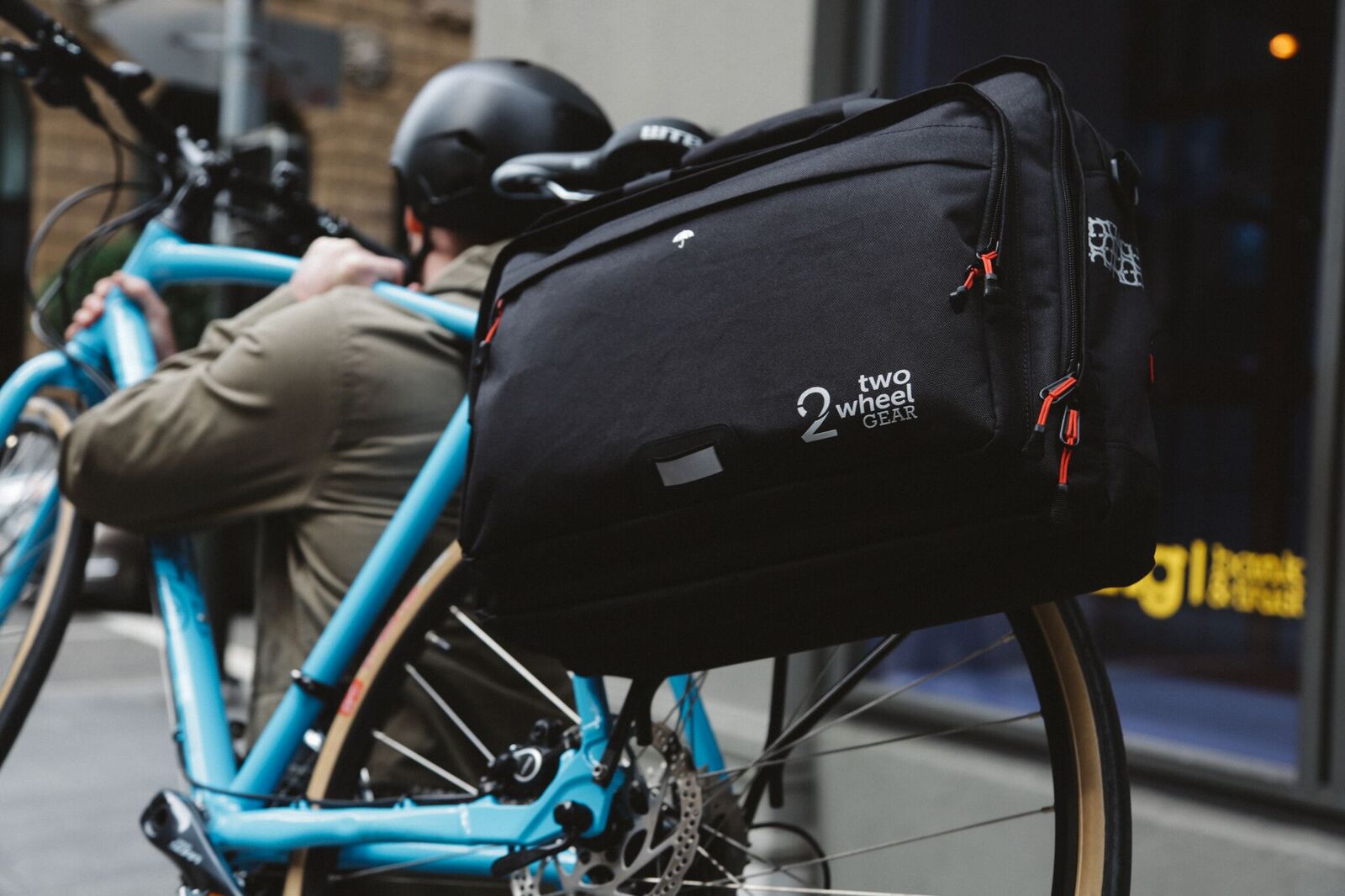 Crafted from 600 Denier Polyester with TPE waterproof coating & UV protection, this carry from Two Wheel Gear is about as robust and hard wearing as it gets and won’t let you down on the back of your bike come rain or shine. Lightweight but with an abundant amount of storage, it’s going to make your life a lot easier if you’ve long being struggling to carry all your gear to work aboard your bike. If you’ve liked what you’ve seen, head on over to Kickstarter now and bag yours for a bargain price.