There is something about classic Ferraris from the 1960s that we just find immeasurably alluring here at Coolector HQ but we might just have stumbled across our favourite to date in the shape of this 1962 Ferrari 250 GTE 2+2 Series II by Pininfarina which is going under the hammer with RM Sotheby’s. This classic machine has all the makings of being a cornerstone piece for any vintage car enthusiast and it has been restored to a remarkable standard that really sets it apart from the competition. 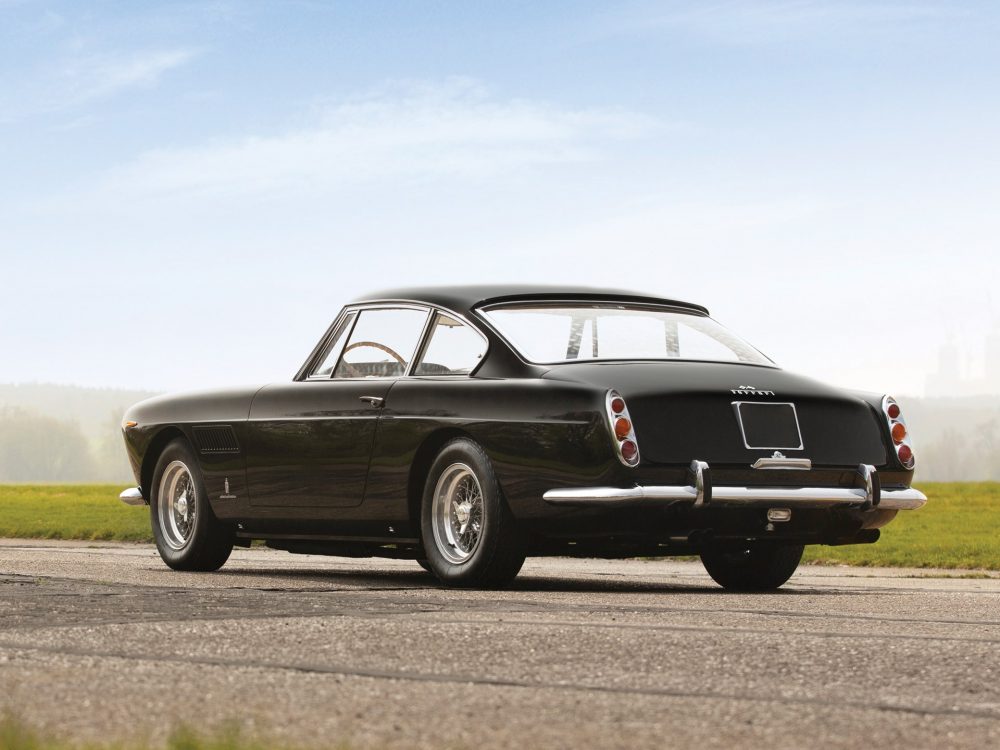 The 1962 Ferrari 250 GTE 2+2 Series II by Pininfarina from RM Sotheby’s will be in their Villa Erba Auction on the 25th May and this stunning steed was previously owned by Jamiroquai front man Jay Kay, who is a notorious collector of classic cars. It has been restored in its original colour scheme of Nero over Beige and retains its original engine and gearbox so it has that air of authenticity that classic car enthusiasts really appreciate.

Unquestionably one of the most eye-catching and effortlessly cool Ferraris ever created, the 250 GTE 2+2 was the Italian car manufacturer’s first attempt at a production four seat grand touring car, following on from the successes of Aston Martin’s DB4 and Maserati 3500 GT. Enzo Ferrari was initially resistant to the project with Pininfarina, but as a result of burgeoning racing costs, his hand was forced and it would eventually become one of his favourite models – understandably so. 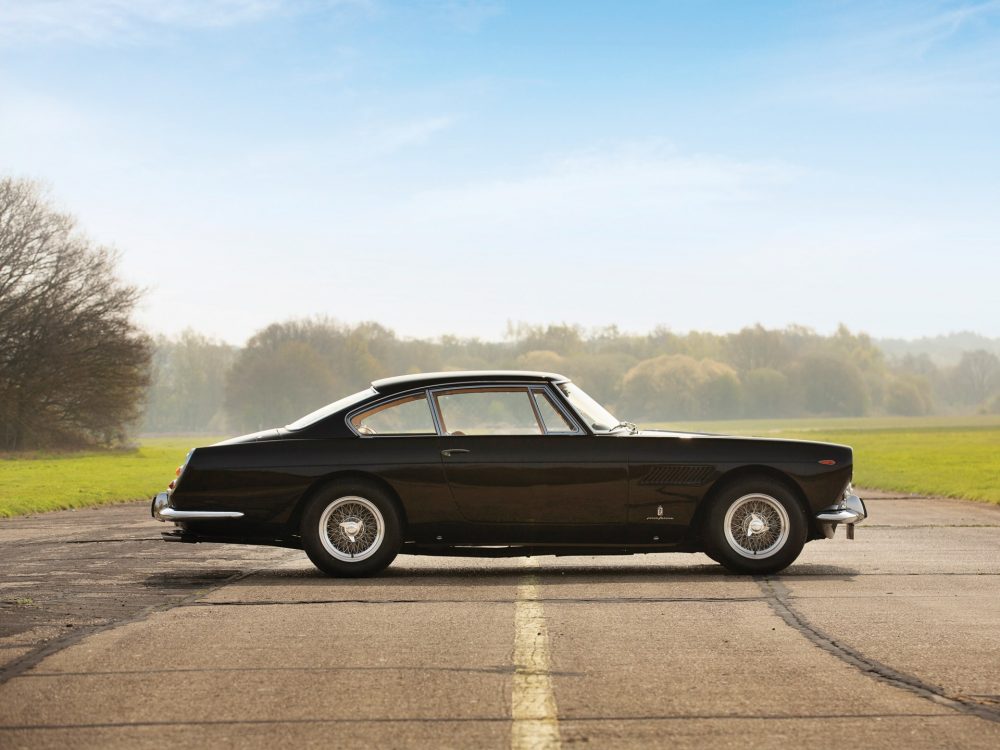 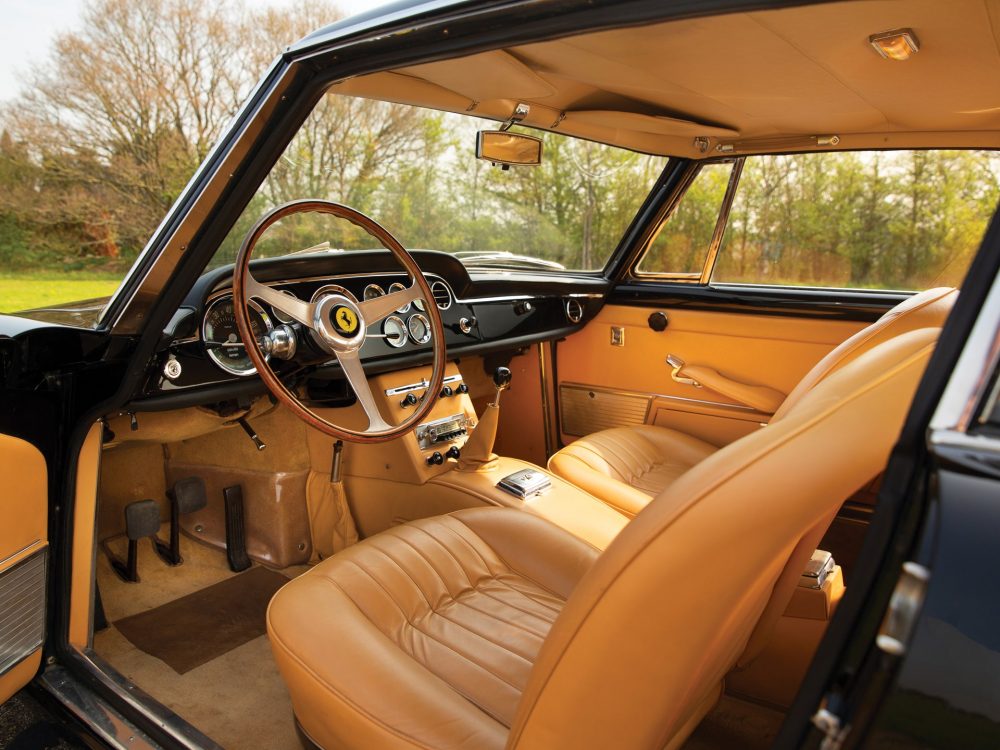 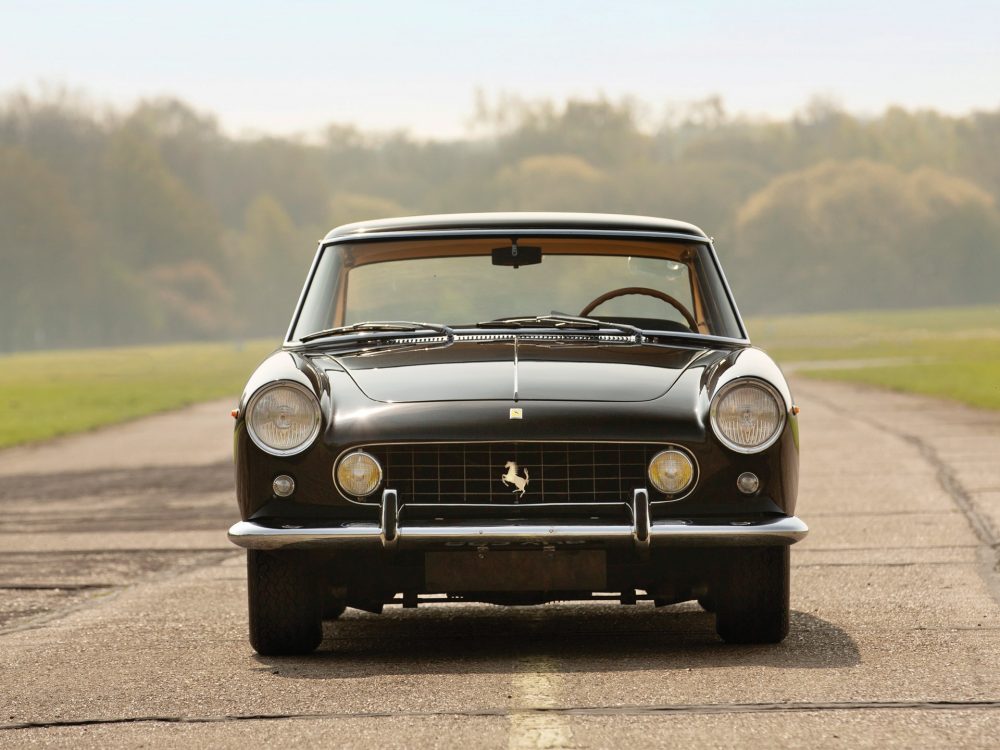 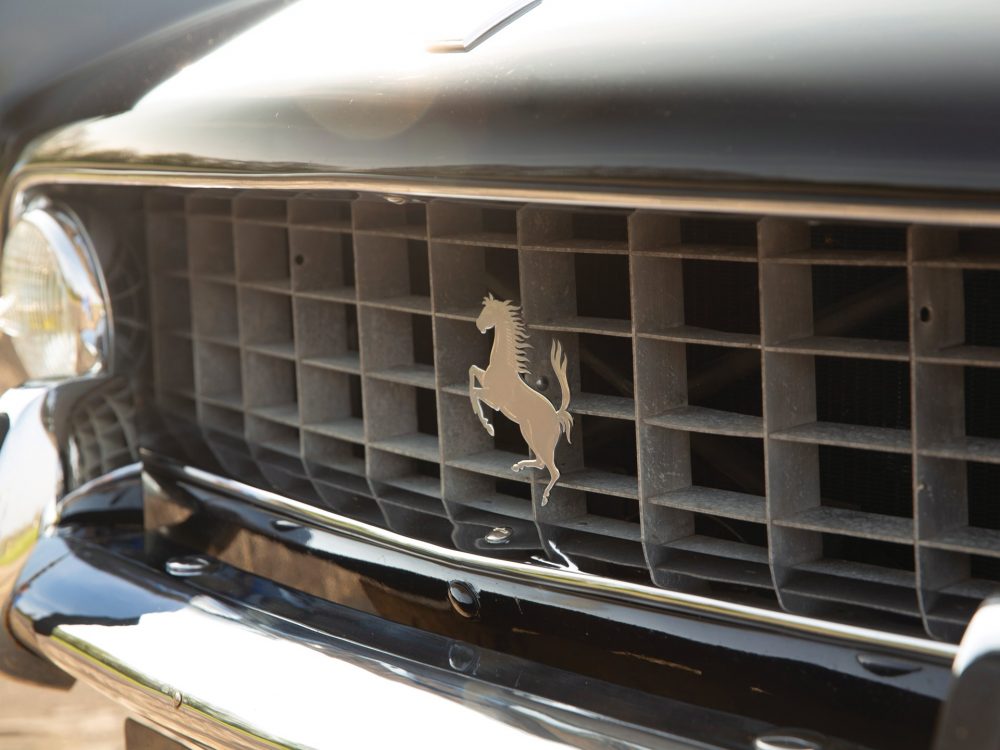 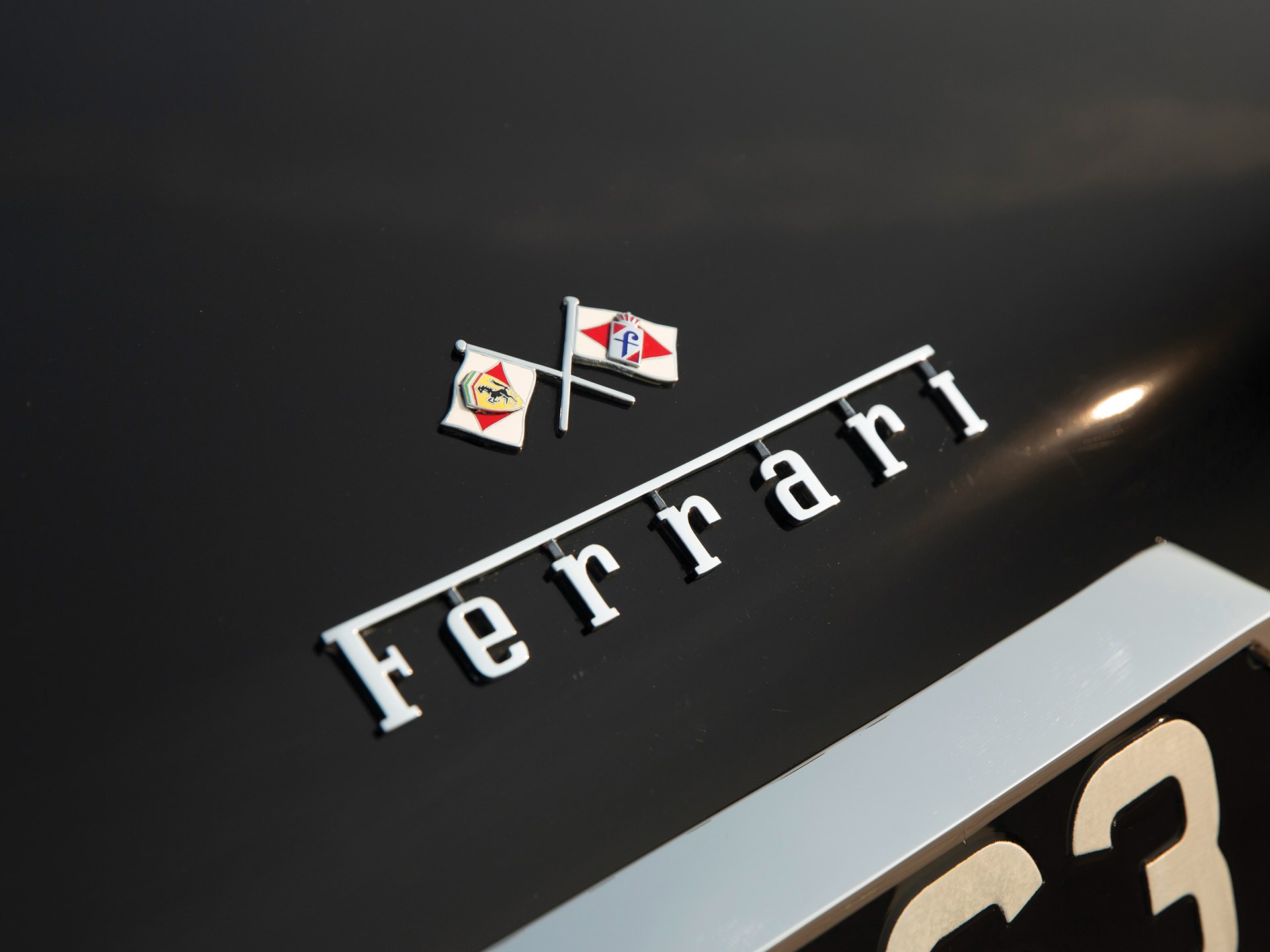 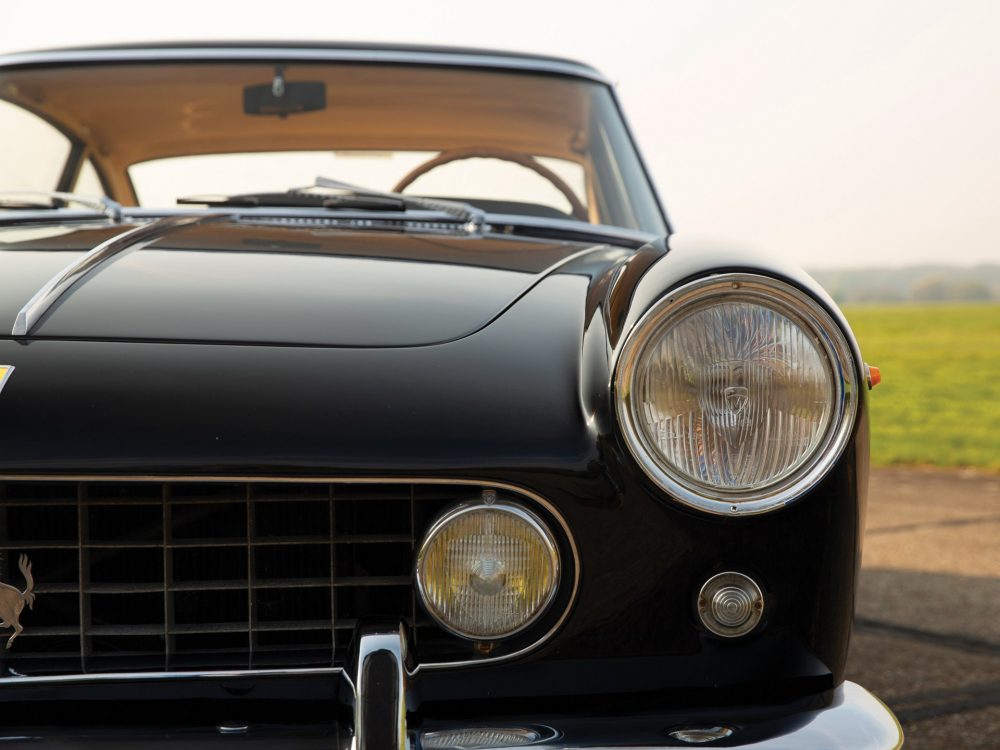 The 1962 Ferrari 250 GTE 2+2 Series II by Pininfarina is sure to be a mighty popular lot when it goes under the hammer with RM Sotheby’s and it boasts the same 508-series chassis as the 250 GT coupé. The 250 GTE’s driving position and V-12 engine were both moved forward within the chassis to make enough space for the back seats. To envelope the Ferrari, Pininfarina crafted a typically sophisticated body that leaves most jaws firmly on the floor. The latest iteration of the type 128 engine, the 128E gave the model its unusual suffix whilst many of its competition developed mechanicals remained. 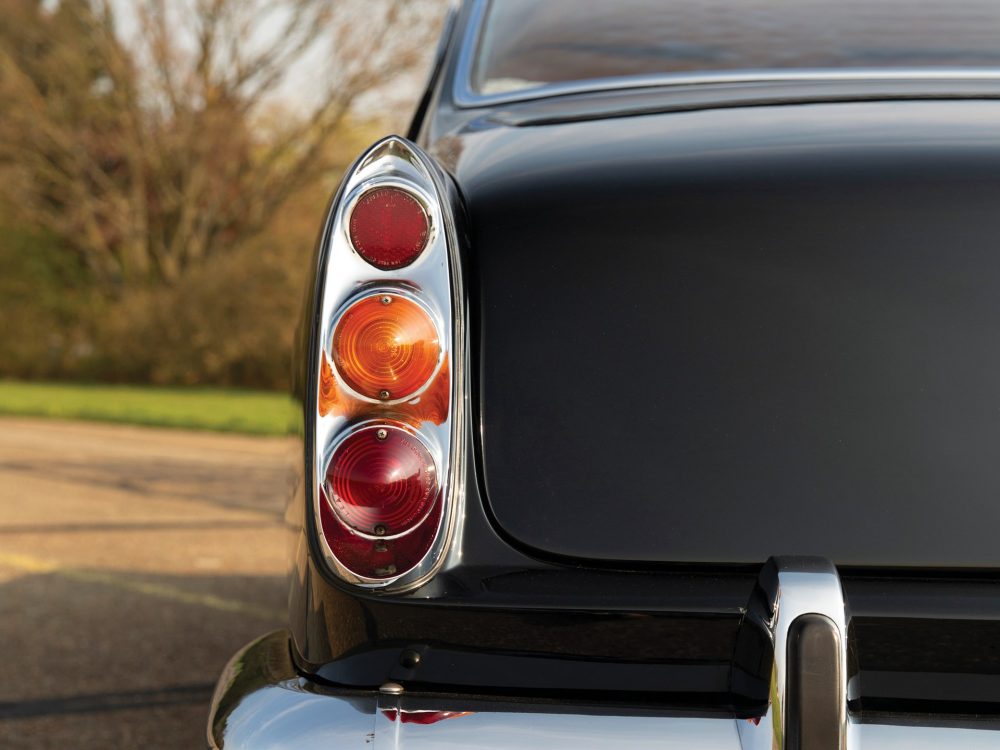 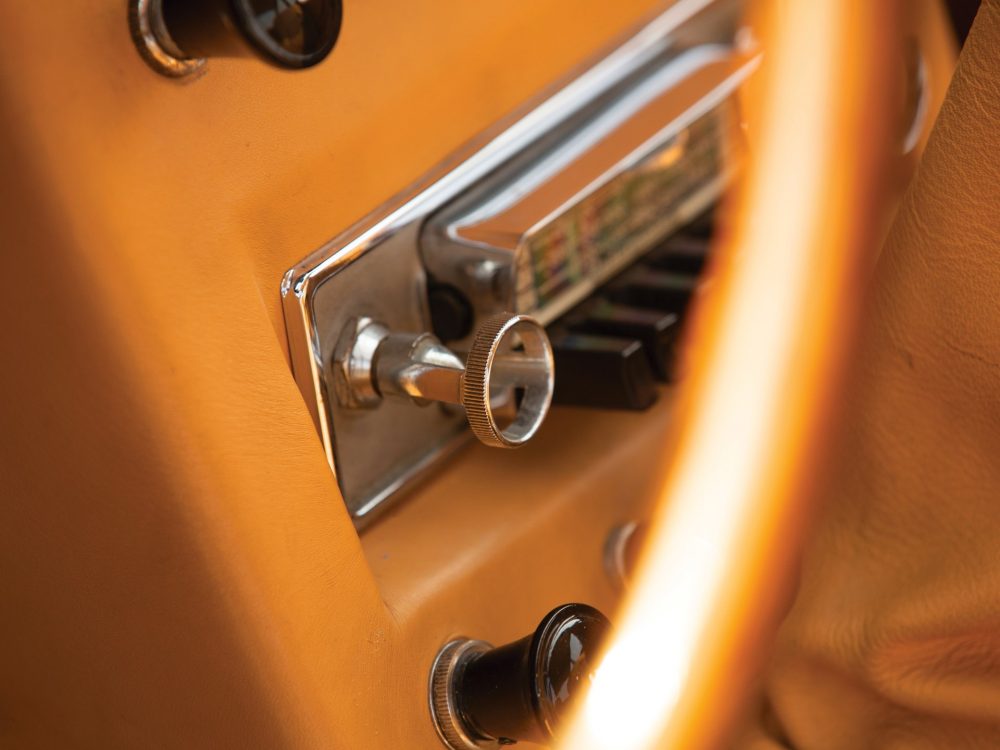 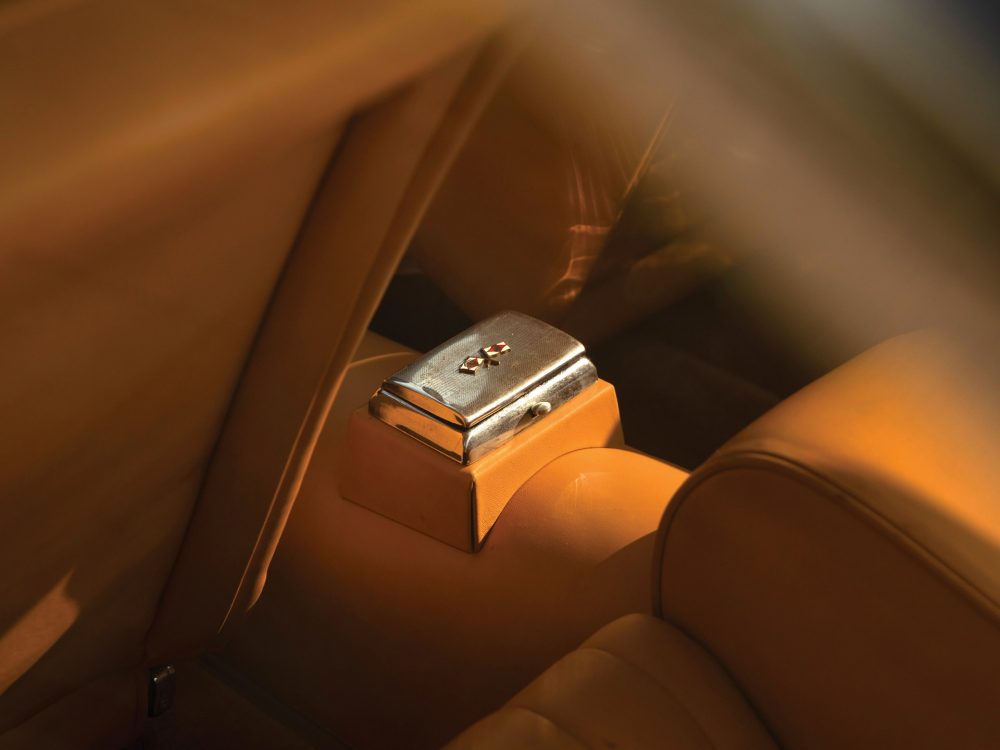 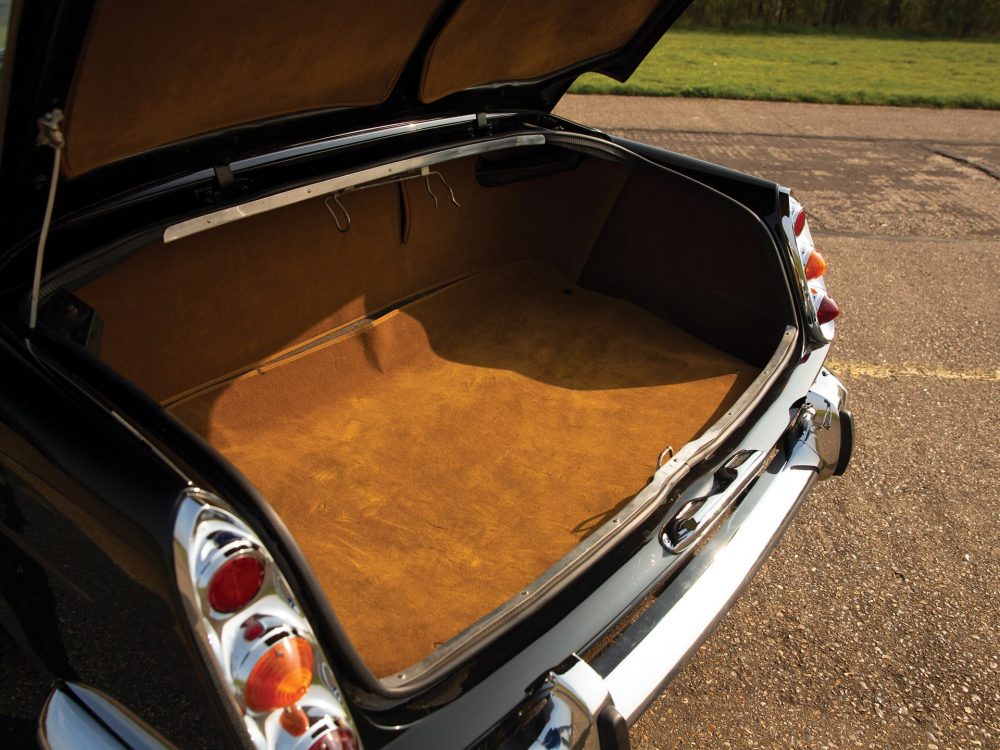 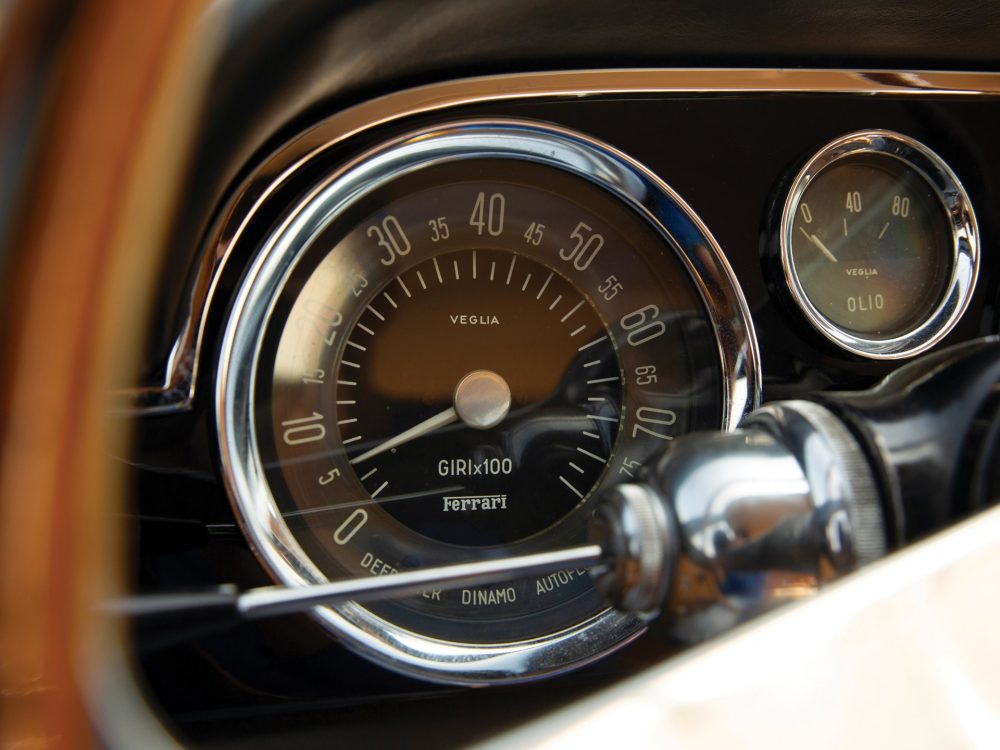 Delivered new through Franco Britannic Autos Limited, Ferrari’s distributor in Paris, the first owner of 3723 GT was Henry Roussel. Although it cannot be confirmed, it is said that the car belonged also belonged to Ibrahim Richard Btesh, better known by his stage name Richard Anthony, who apparently loaned it to his friend Claude François, the pop star and composer of ‘My Way’. By March 1969, the car was noted as being in Dijon, and in 1974 it was sold to an owner who kept the car until 2006. Later, the Ferrari found its way back to the music industry when it was bought by the founding member of Jamiroquai, Jay Kay, an avid sports car collector.

It is clear that this 1962 Ferrari 250 GTE 2+2 Series II by Pininfarina has been well looked after and it is presented in its desirable and original colour scheme of Nero over Beige, and has been granted Ferrari Classiche certification, something which confirms that it retains its original engine and gearbox. It looks almost as good as new and in the same state as when it came off the production line over half a century ago. 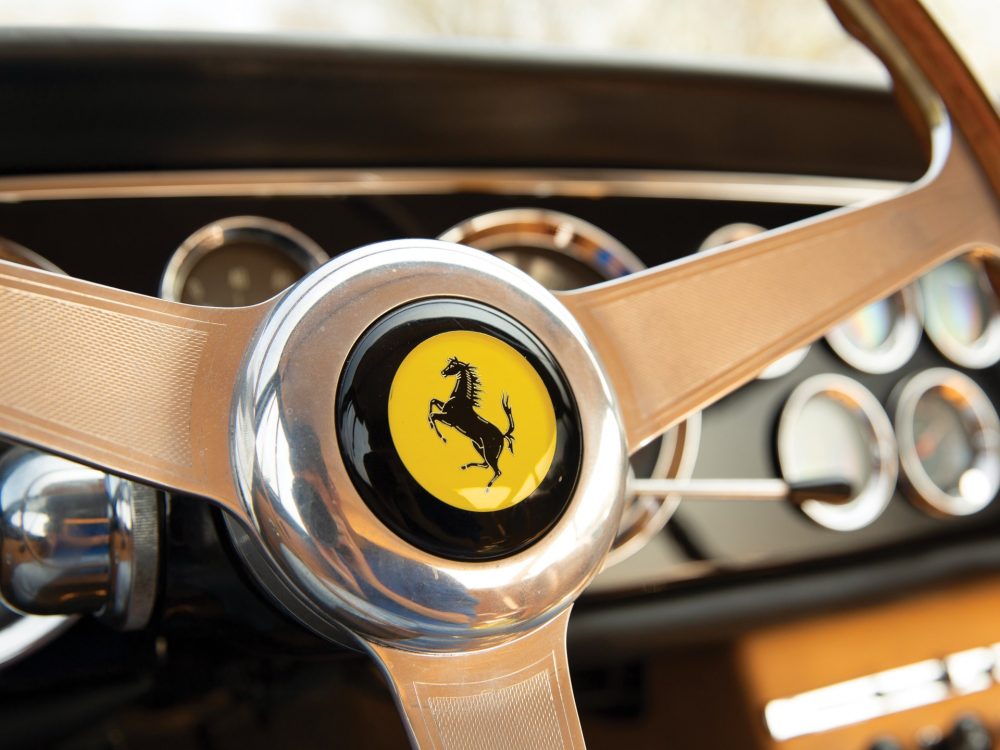 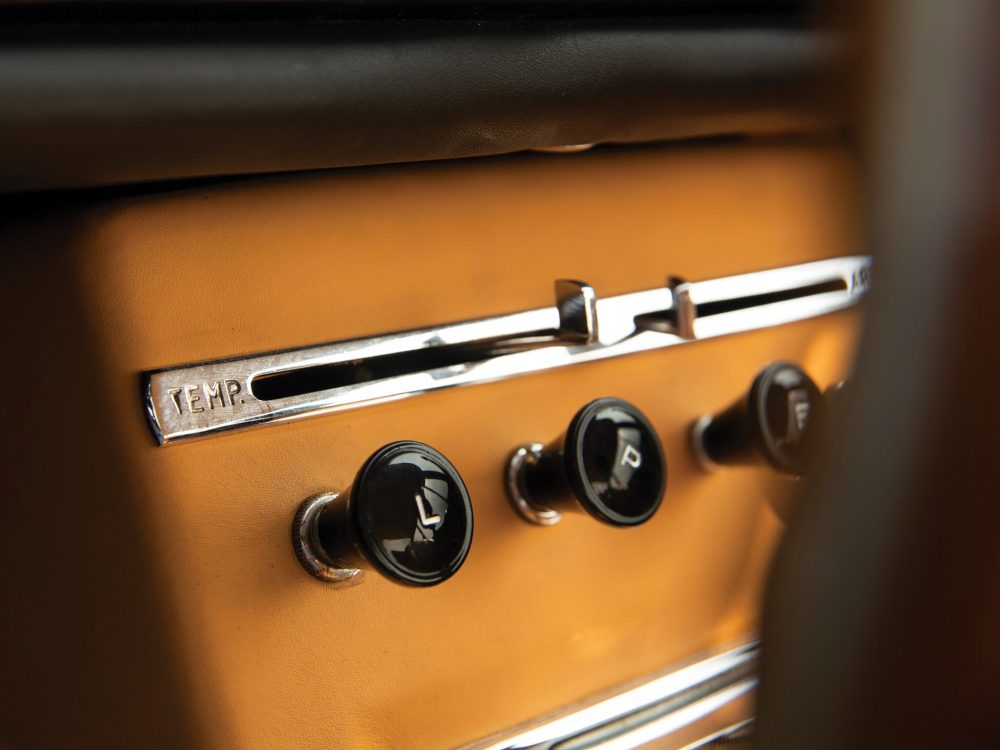 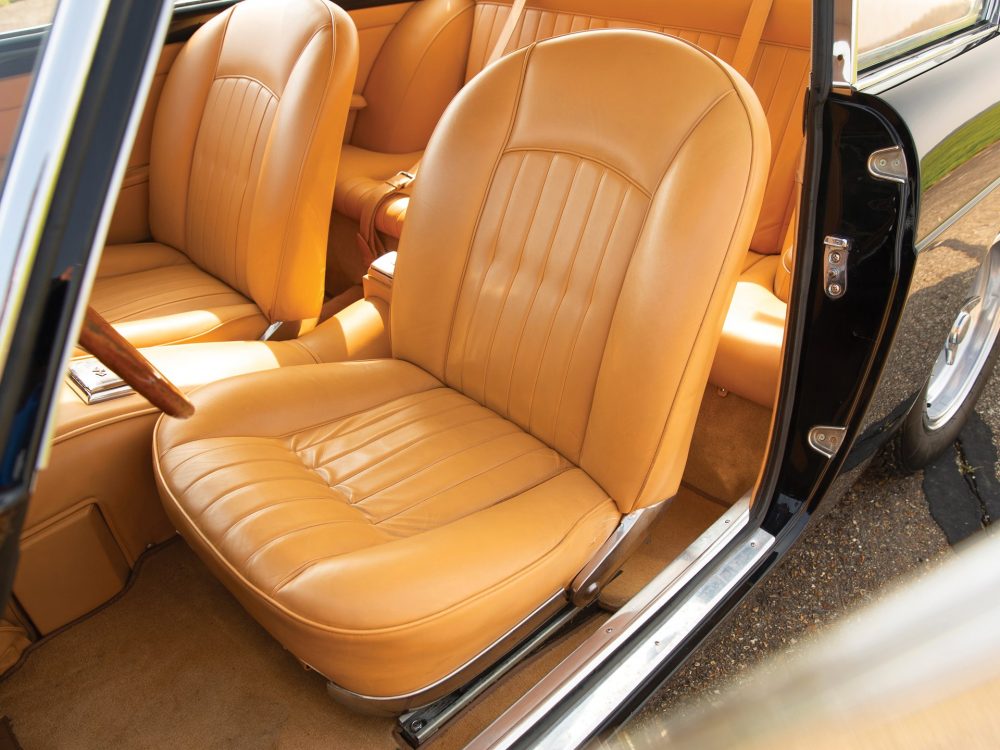 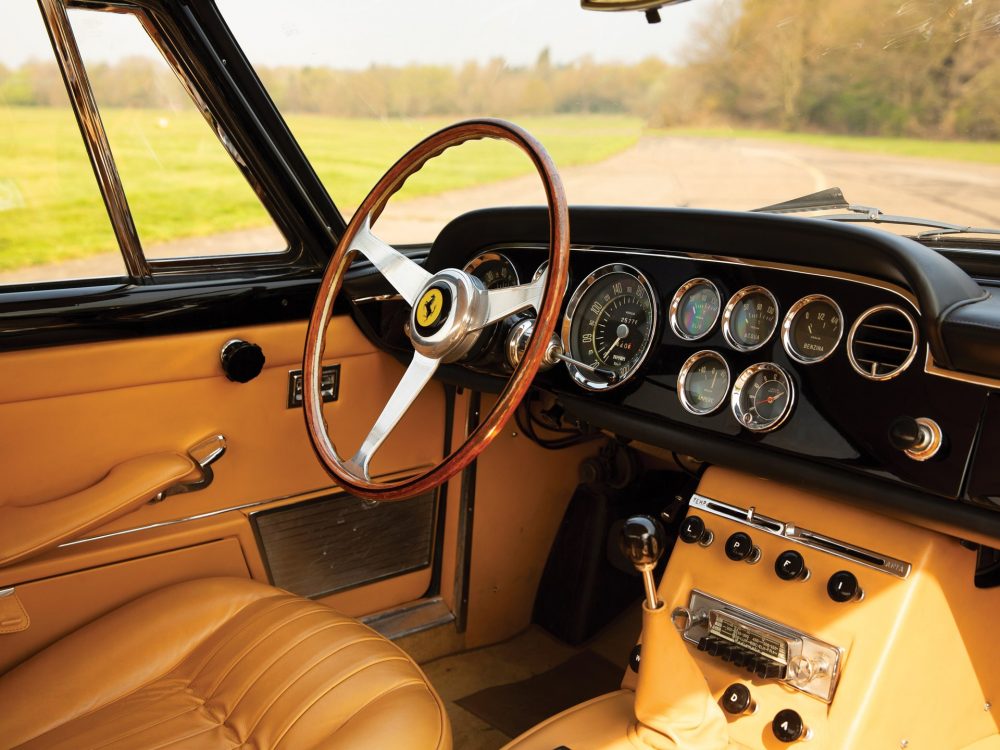 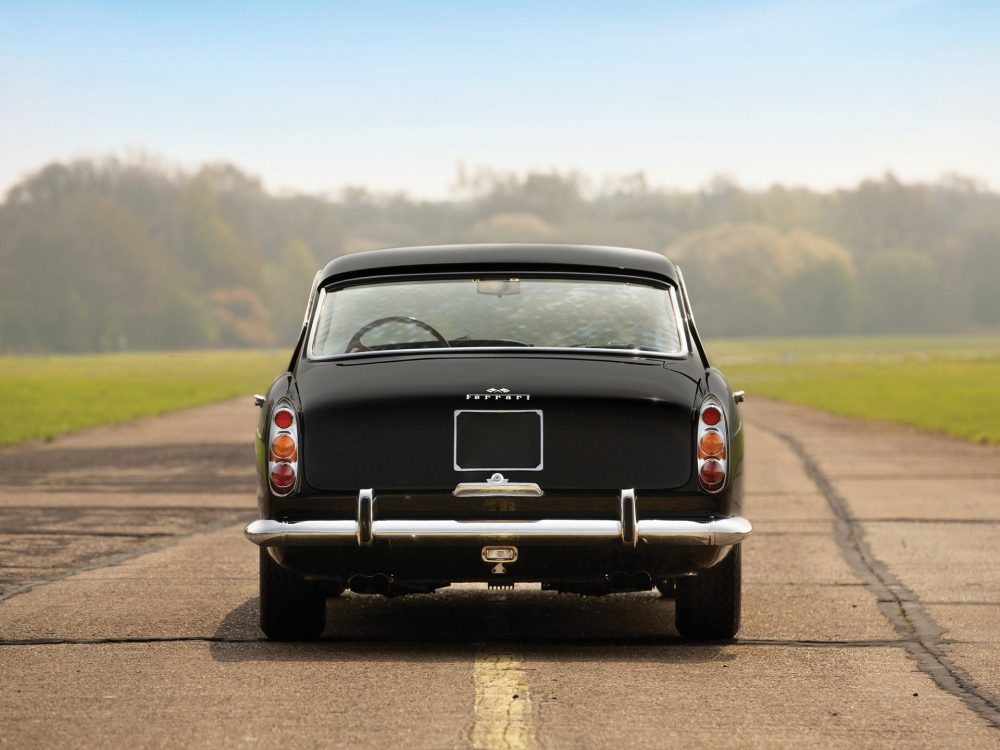 The 1962 Ferrari 250 GTE 2+2 Series II by Pininfarina will be a stand out lot at the Villa Erba Auction of RM Sotheby’s so if you’ve liked what you’ve seen, it would be a good idea to register your interest now. It is a first rate example of a classic Ferrari and it has been maintained by Joe Macari Performance Cars, which means this striking 250 GTE is ready to be enjoyed by its next owner, musically inclined or otherwise.