The 1970s was a particularly good decade so far as Ferraris are concerned and you’ll not find many vehicles that showcase this more than the utterly breathtaking 1971 Ferrari 365 GTB/4 Daytona NART Spider by Michelotti which is coming up for auction with RM Sotheby’s and is, to be quite frank, one of the coolest looking cars we’ve ever seen here at The Coolector. This stunning steed has a wonderfully sleek aesthetic and looks as good as the day it came of the factory line so some lucky vintage car aficionado will be getting a cracker if they emerge victorious from this auction. 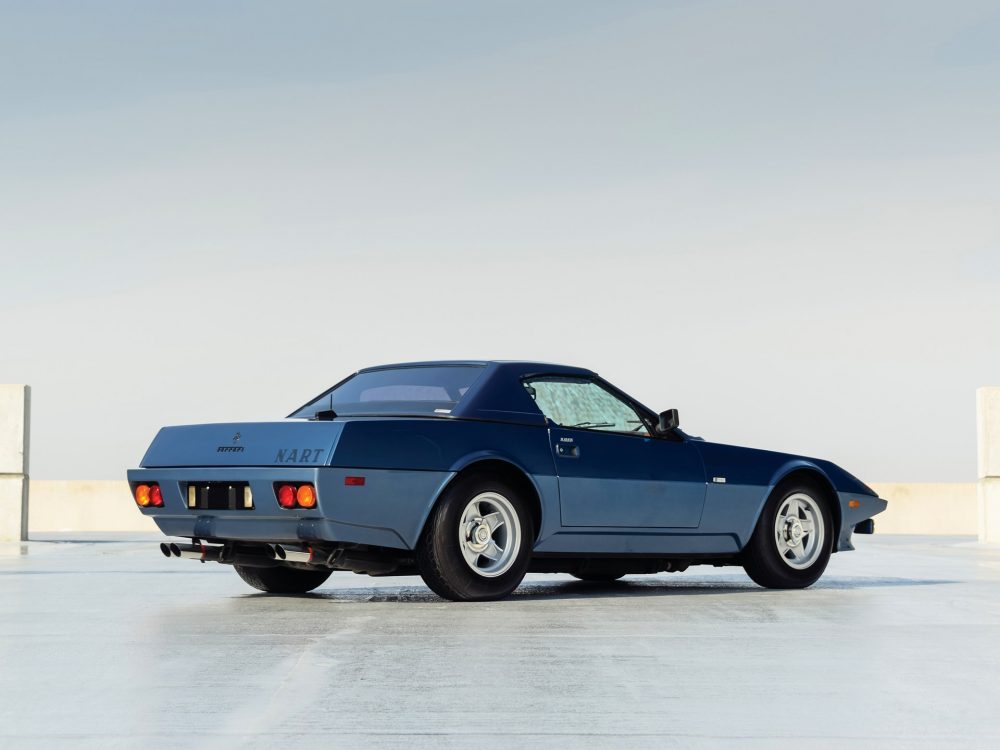 The 1971 Ferrari 365 GTB/4 Daytona NART Spider by Michelotti from RM Sotheby’s is the third of just five examples rebuilt to the order of Luigi Chinetti and it was commissioned as a personal car for Luigi Chinetti’s wife, Marion. This breathtaking contraption was displayed at the 1980 Turin Motor Show and the Le Mans Museum and enjoyed long-term care by renowned collector, Jon Shirley, so you know it will be entering your possession in perfect condition.

This exemplary creation from Giovanni Michelotti, who was one of Italy’s most prolific sports car designers, is one of the most impressive lots to come up at RM Sotheby’s for some time and it’s very likely to create somewhat of a bidding war when the auction commences. This stunning steed is one of five open cars made during the mid-1970s based on the Ferrari 365 GTB/4 Daytona at the behest of NART principal and U.S. importer Luigi Chinetti. Whilst these vehicles were individually built with myriad striking details, the body designs were essentially the same, boasting an angular wedge-styled shark-nose motif that highlighted a single unwavering beltline from tip to tail. 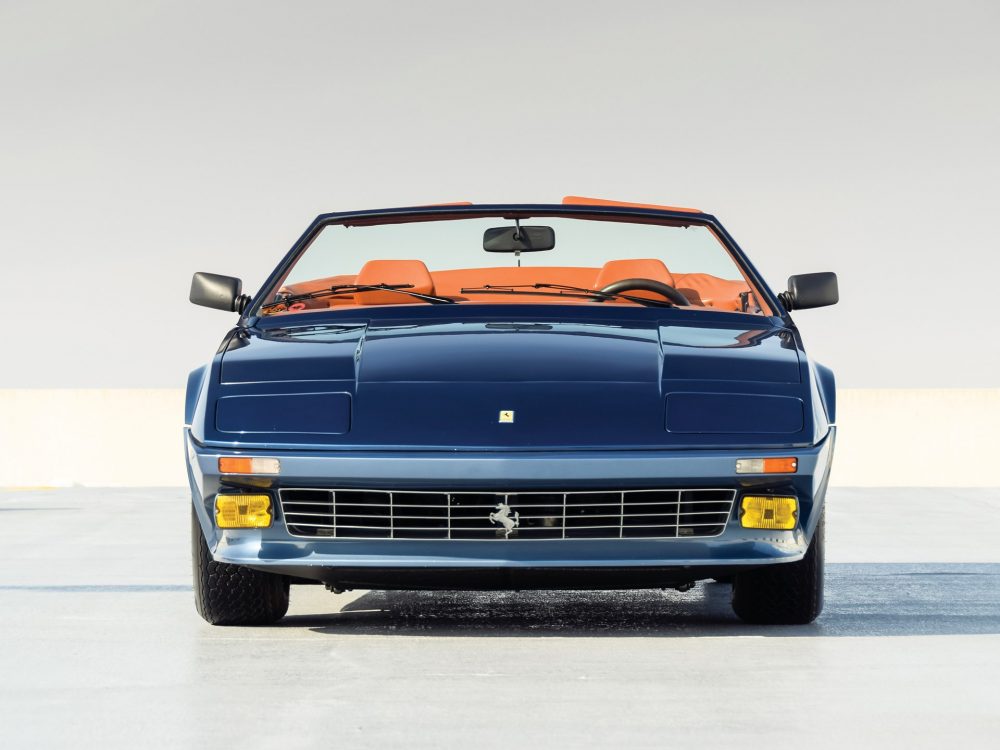 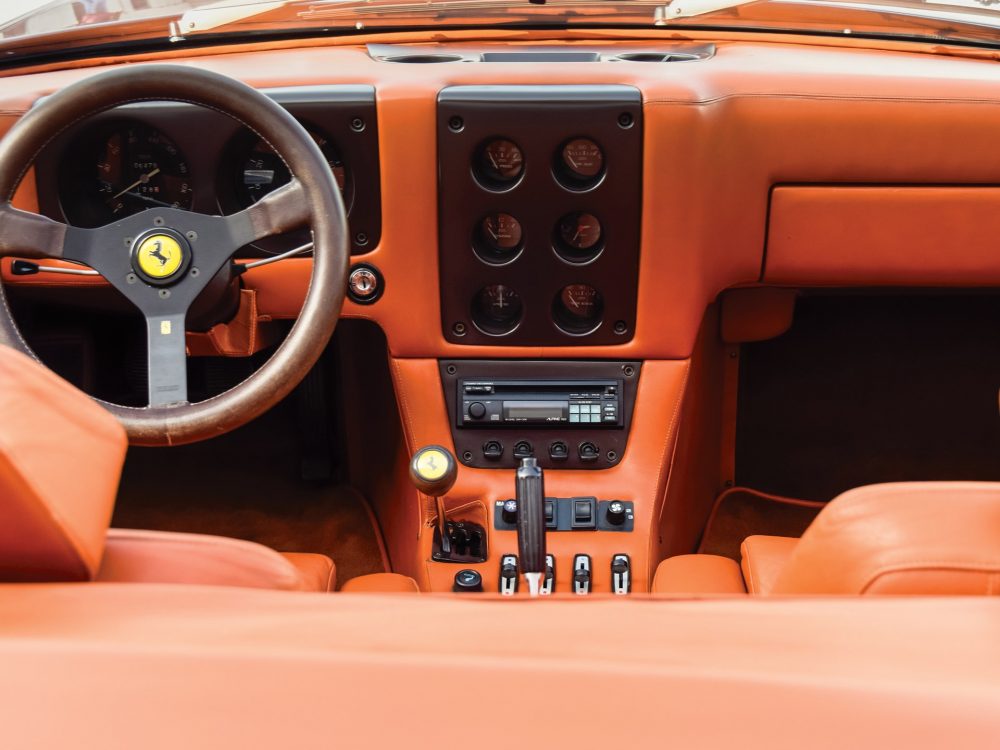 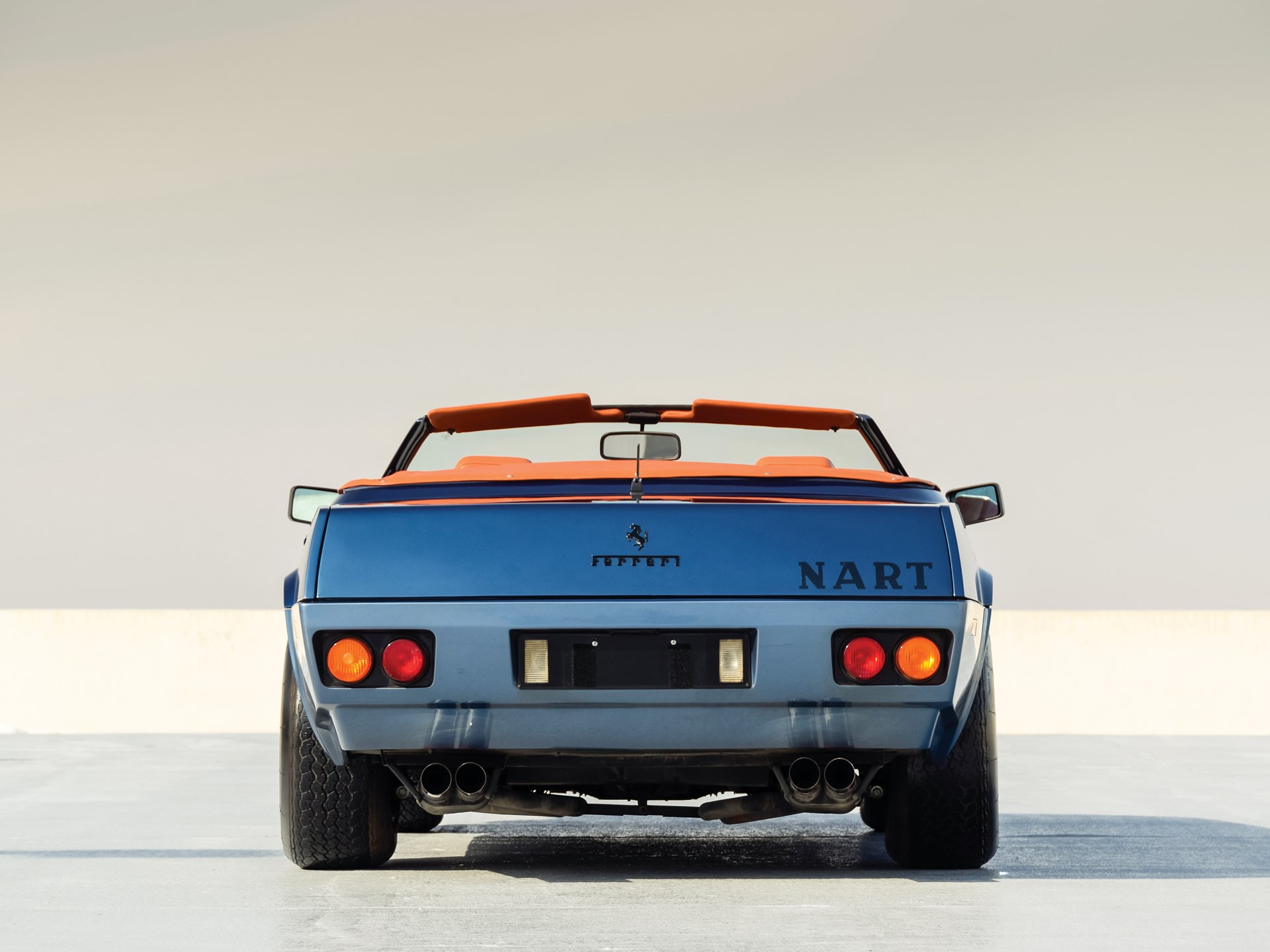 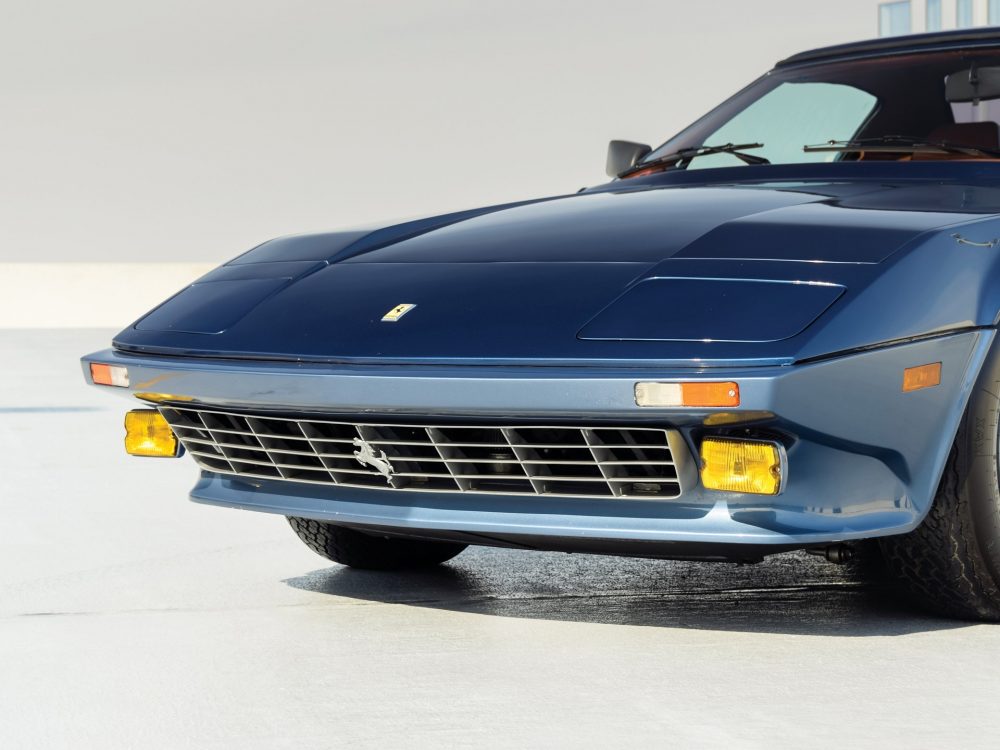 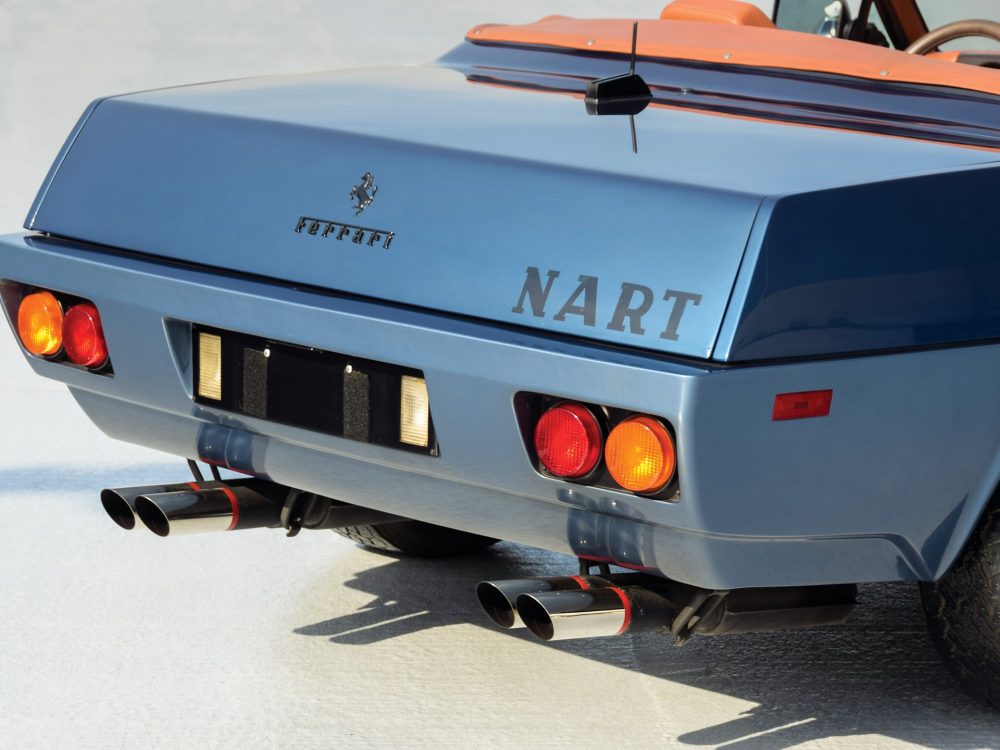 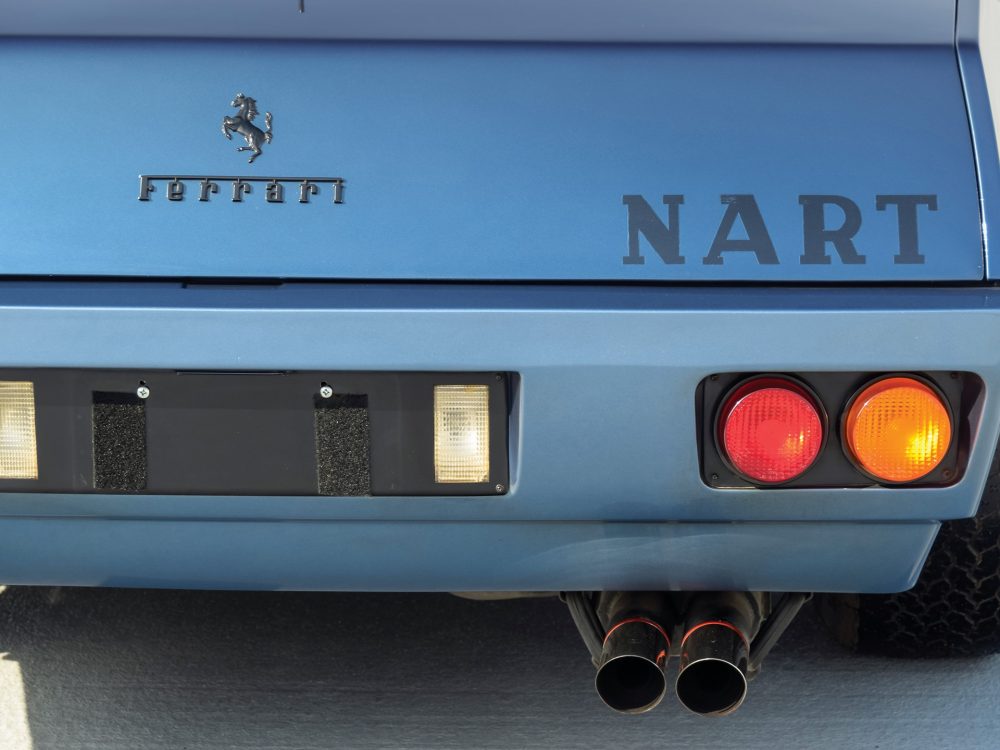 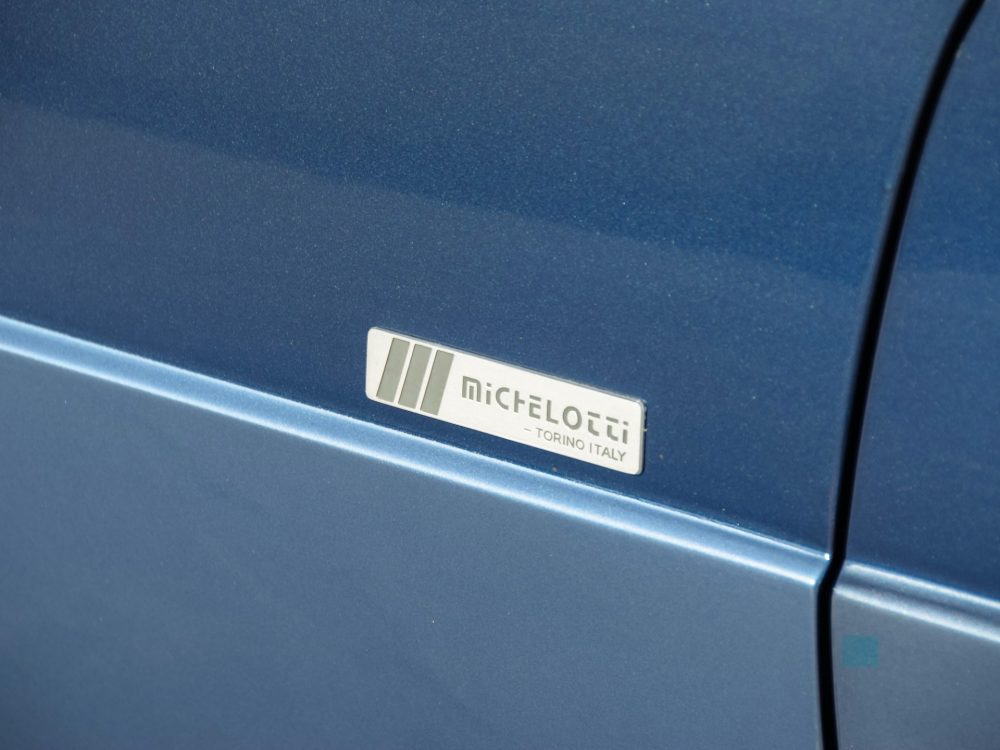 In 1976, Chinetti proceeded to order three more Daytonas from Michelotti to be configured to road specifications, and this 1971 Ferrari 365 GTB/4 Daytona NART Spider on RM Sotheby’s, chassis no. 14299, was the first of these. The car began life as a standard Daytona coupe coming equipped with air conditioning and power windows, and specified for the American market. It saw assembly completed in May 1971, the 365 GTB/4 and it was finished in Grigio Ferro (Iron Grey) and upholstered with Rosso Vaumol leather for a decidedly classy looking finish. 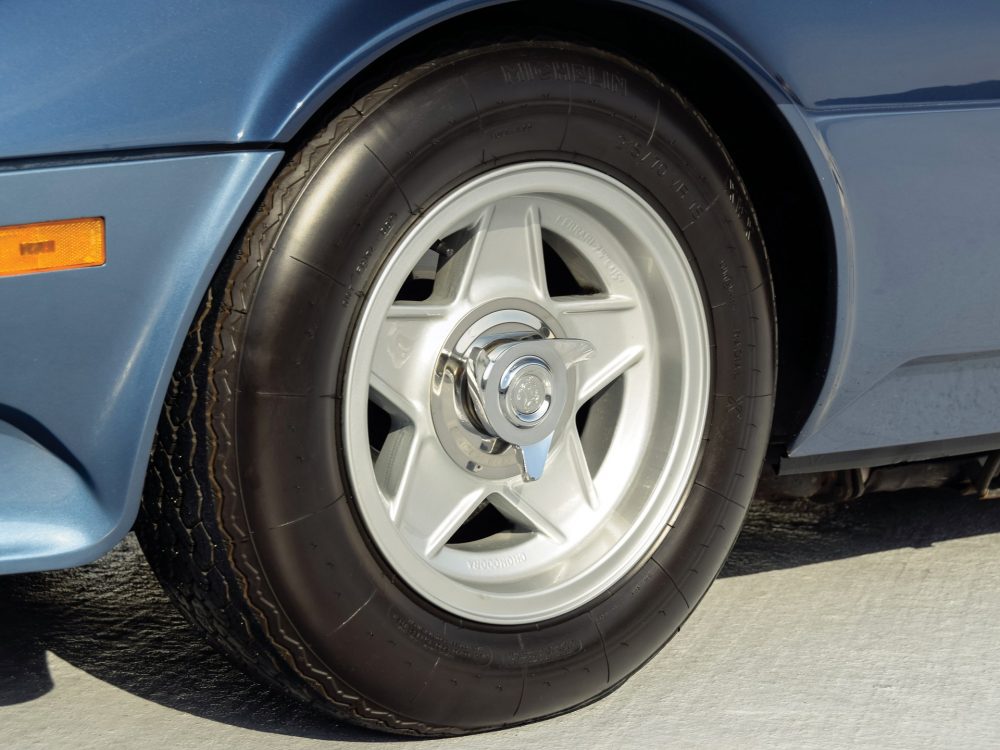 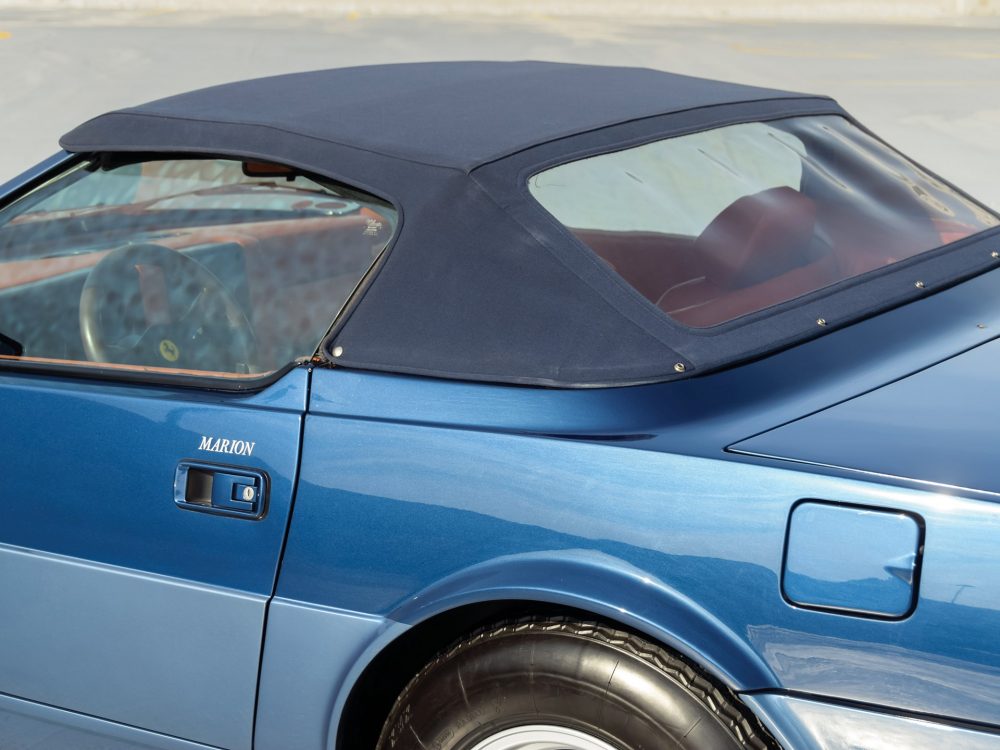 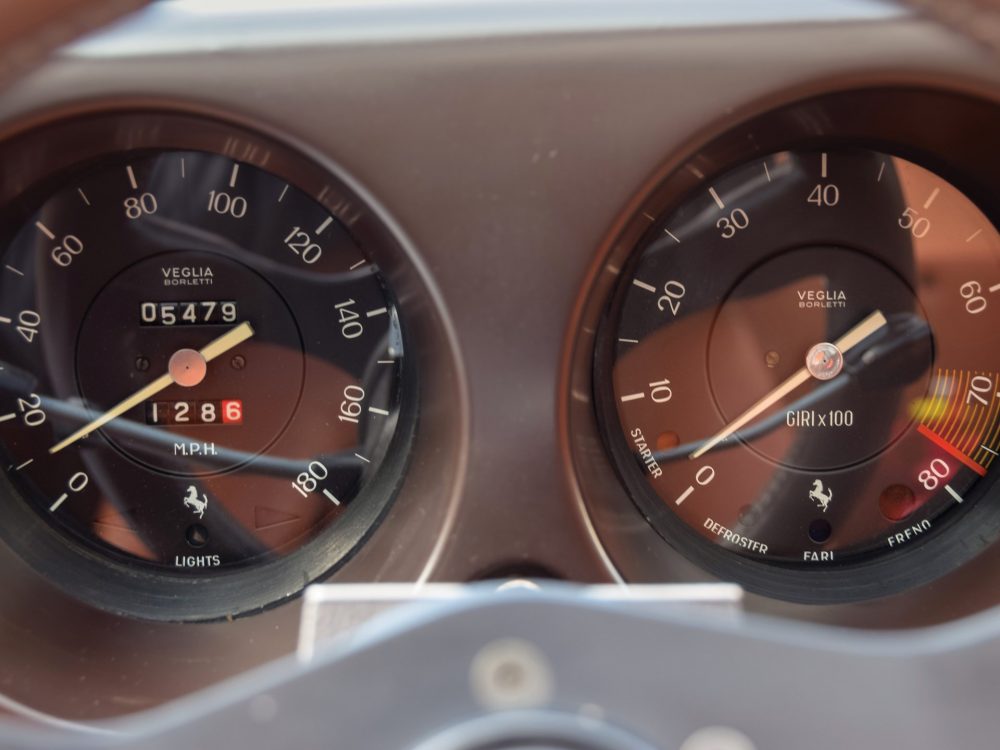 By September 1991, the only very occasionally driven 1971 Ferrari 365 GTB/4 Daytona NART Spider was purchased by the highly regarded collector, Jon Shirley, whose world-class collection won numerous awards at the finest events worldwide, including the first Ferrari to ever win Best of Show at Pebble Beach. The eye-catching and highly unique Ferrari stayed in Mr. Shirley’s collection for over two decades, being consistently maintained as needed while enjoying the company of his production Daytona Spider and alloy 275 GTS/4 NART Spider, and it’s condition today is second to none as a result.

One in a Million Machine

As with many of the lots from RM Sotheby’s, you simply won’t find machines like this 1971 Ferrari 365 GTB/4 Daytona NART Spider anywhere else out there so if you’ve got a love of vintage Ferraris and deep pockets, you’re going to want to get your bidding arm ready for this one. It offers a unique glimpse of Michelotti’s interpretation of the celebrated Daytona, which makes this handsome, one-off Ferrari steeped in the provenance of the famed Luigi Chinetti, and it will make a superb acquisition for the Maranello completist searching for particularly unusual coachbuilt example. 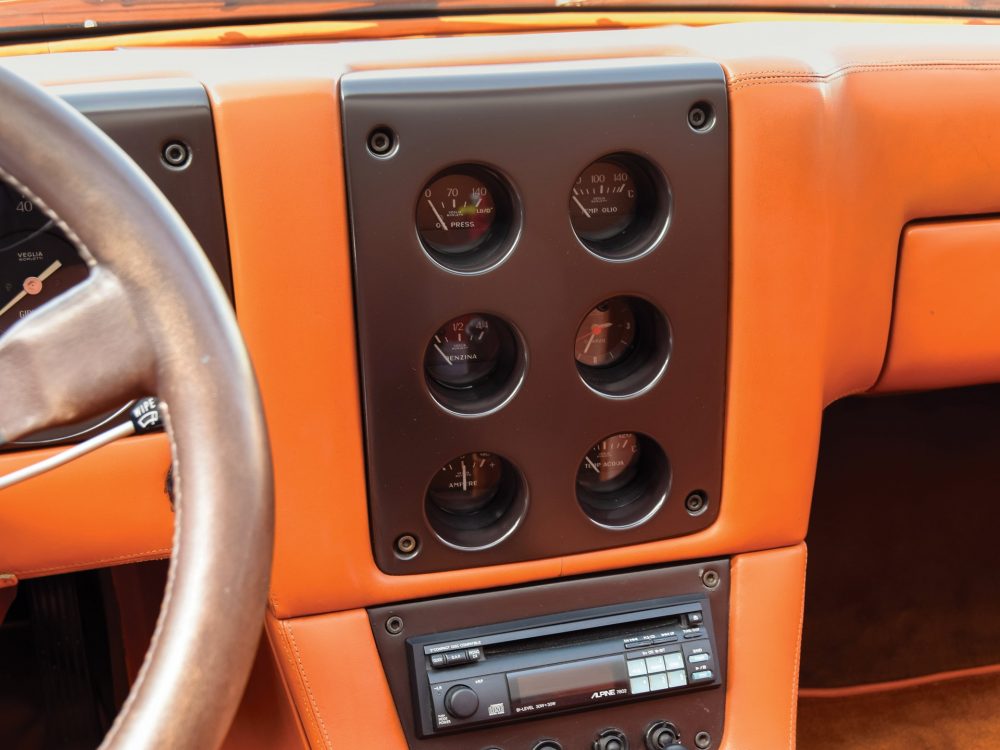 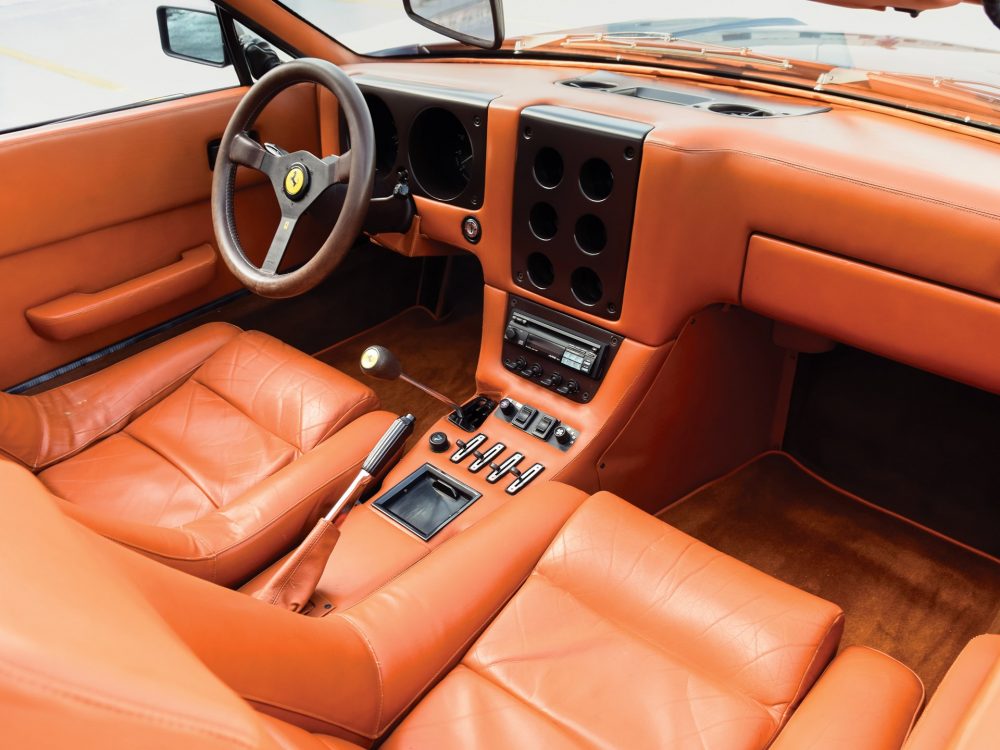 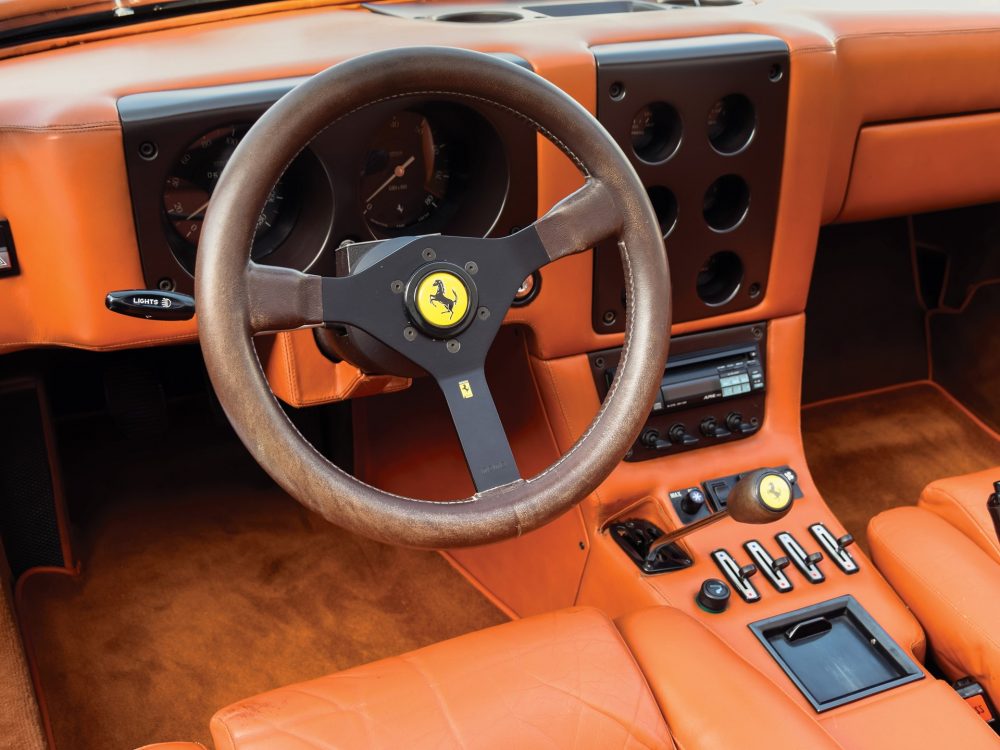 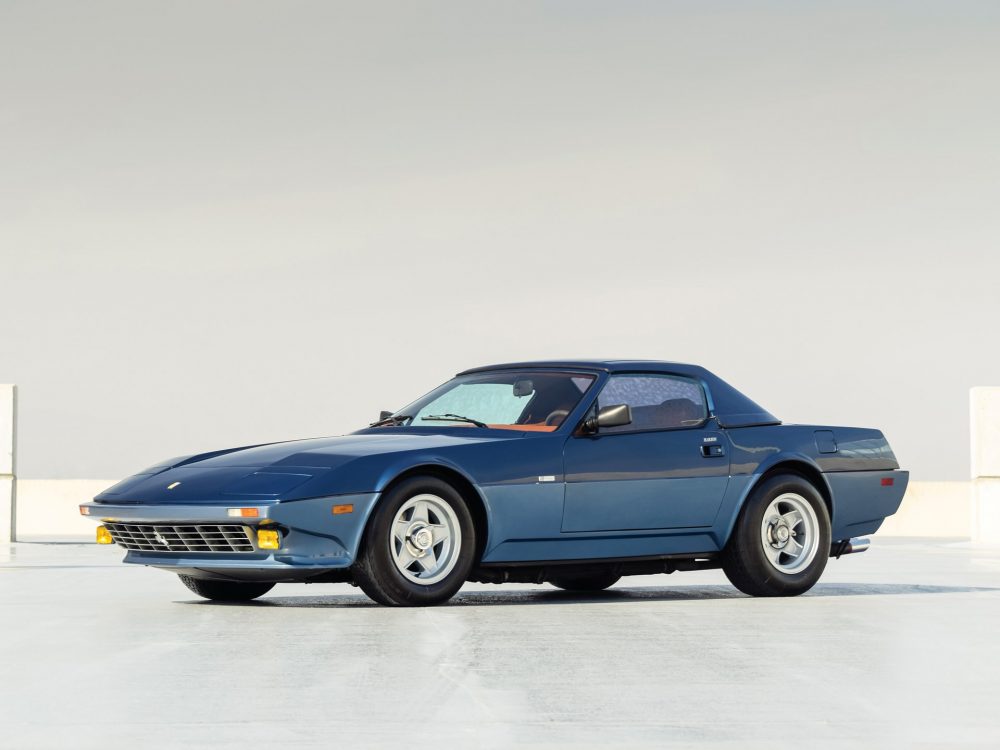 With a mere 5,479 miles on the clock, it’s clear that this Ferrari has been well treated and rarely driven so the condition will be first class. It will draw interest at FCA gatherings and major concours d’elegance, and it will be appreciated for its sublime styling, which is an excellent tribute to the genius of the great Giovanni Michelotti.

Written By
Leo Davie
More from Leo Davie
There are a fair few boot makers out there who are a...
Read More