Luxury cars today are, of course, sights to behold in their own right but they don’t really compare visually to the ones from the golden age of motoring and there are few better examples of proving this point than the 1971 Lamborghini Miura P400 SV by Bertone which is coming up for auction with RM Sotheby’s for a guide price of a rather eye-watering $2,100,000 – $2,500,000 but, for the deep pocketed, it is one of the coolest cars in existence. 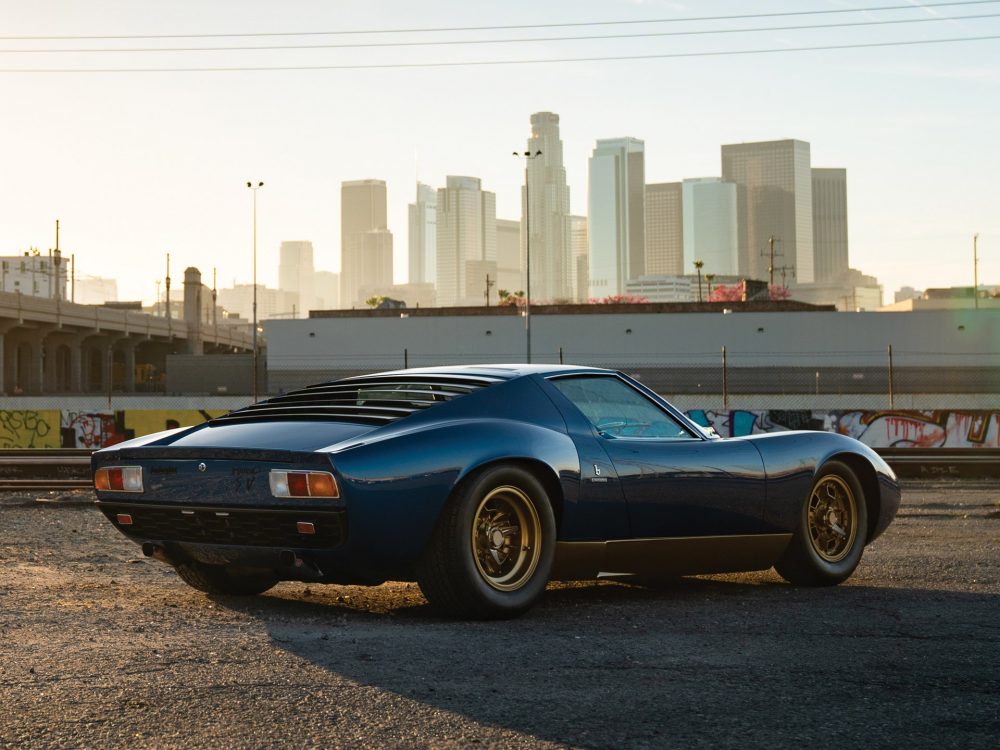 The 1971 Lamborghini Miura P400 SV by Bertone on RM Sotheby’s is the only Miura SV originally finished in Bleu Medio in existence so if it’s an exclusive addition to your vintage car line up you’re after then this is surely it. This majestic looking beast is also one of just five single-sump SVs sold new to the U.S. and equipped with air conditioning so you really are getting a piece of automotive history if you’re the lucky bidder who gets their hands on this lot when it goes under the hammer.

It is clear to see that a lot of love and attention to detail has gone into the restoration of this stunning 1971 Lamborghini Miura P400 SV by Bertone and it has all been done to the original specifications. Prior to the introduction of the Lamborghini Miura at the 1966 Geneva Salon, the term “supercar” was not in existence. The Miura was the catalyst for a new age in automotive history, and aesthetically speaking, it looked like nothing else on the market. The designer, Marcello Gandini, was just 27 years old when he penned its stunning design for Bertone, and his work encapsulated the youthful spirit of the age and the power lying behind the bodywork. 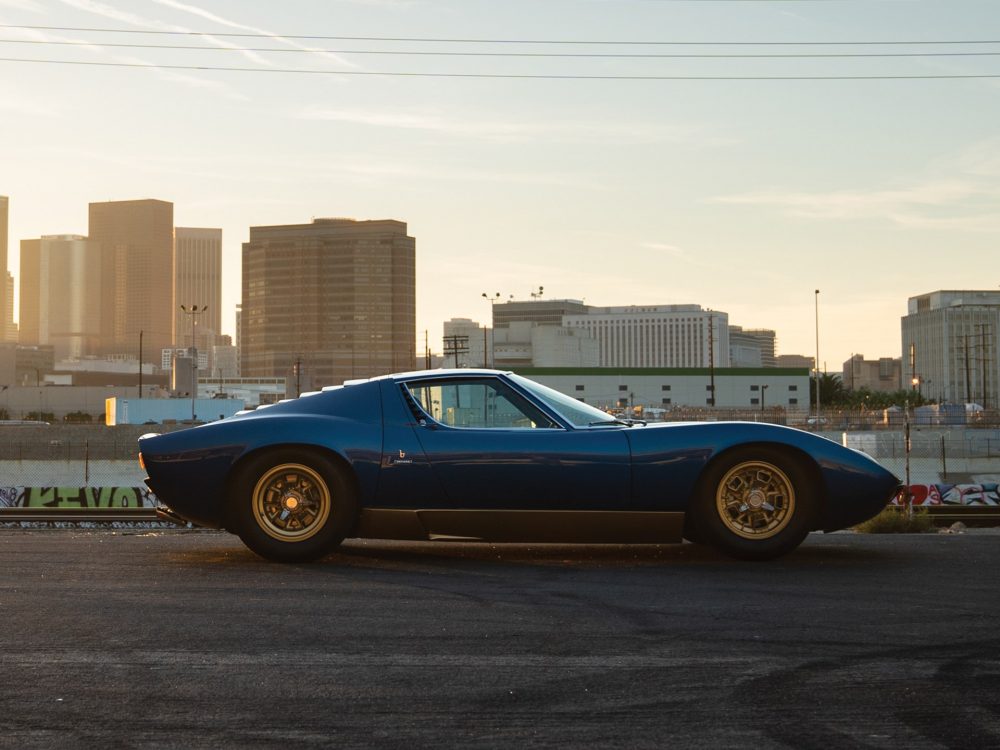 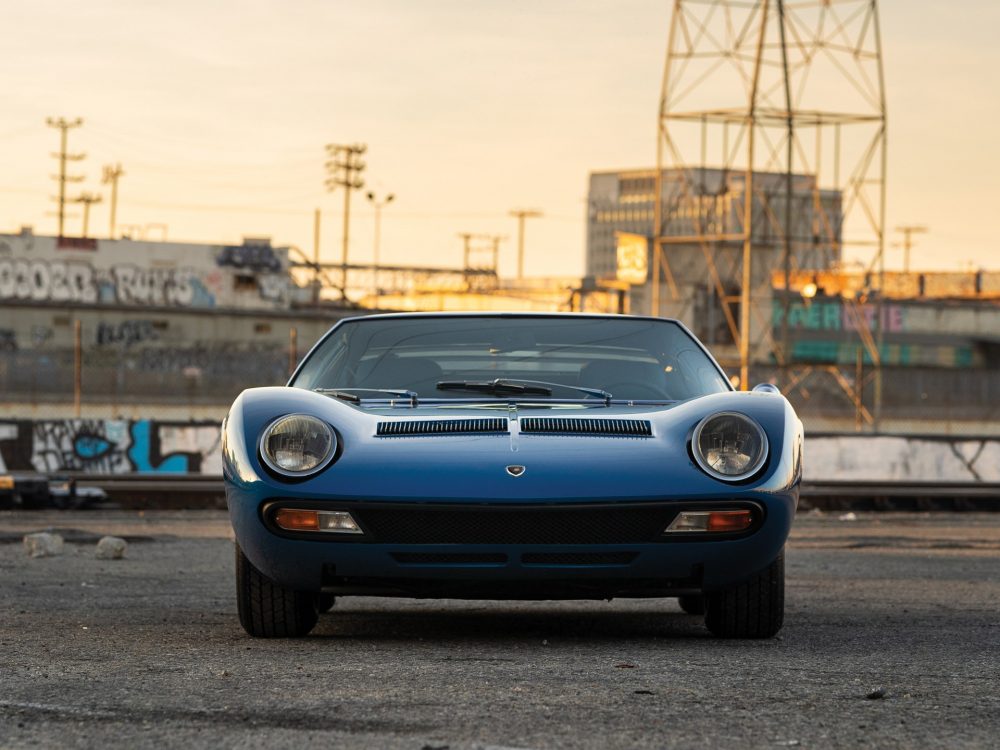 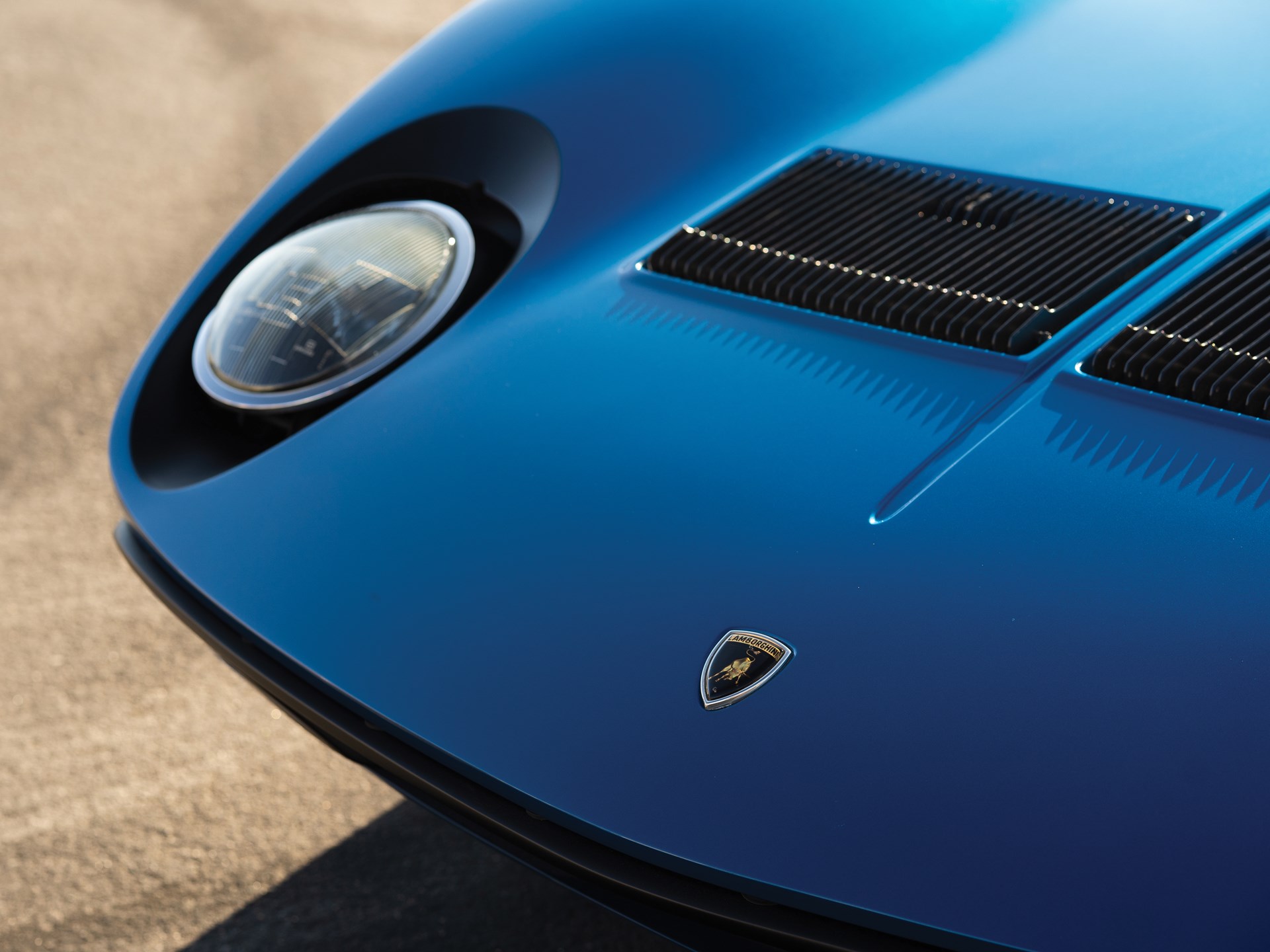 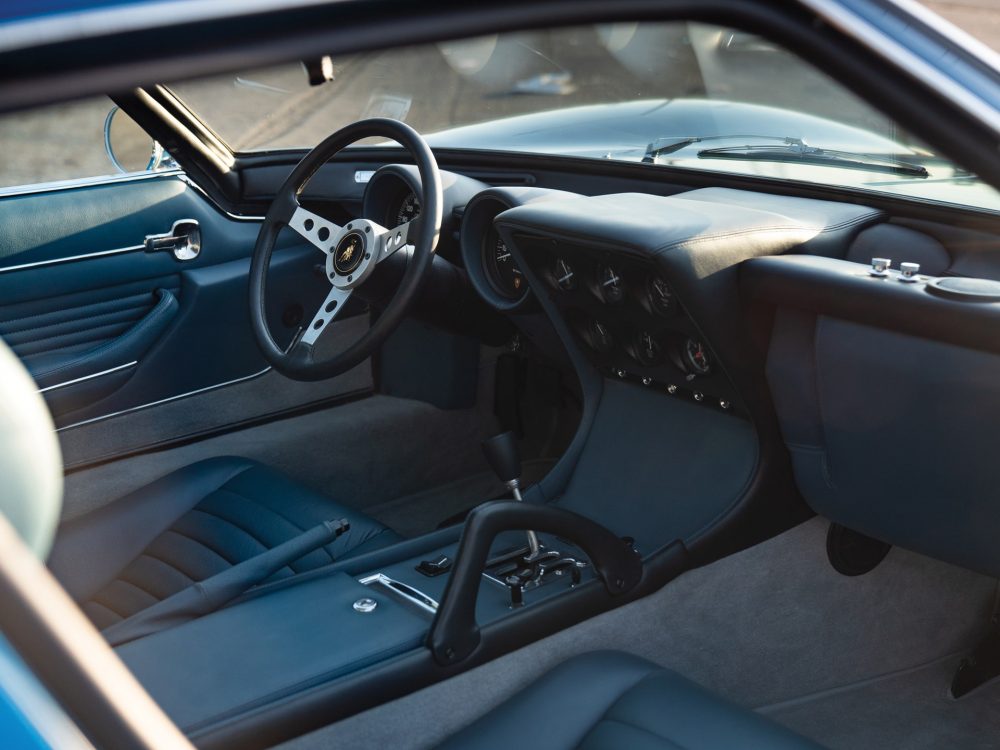 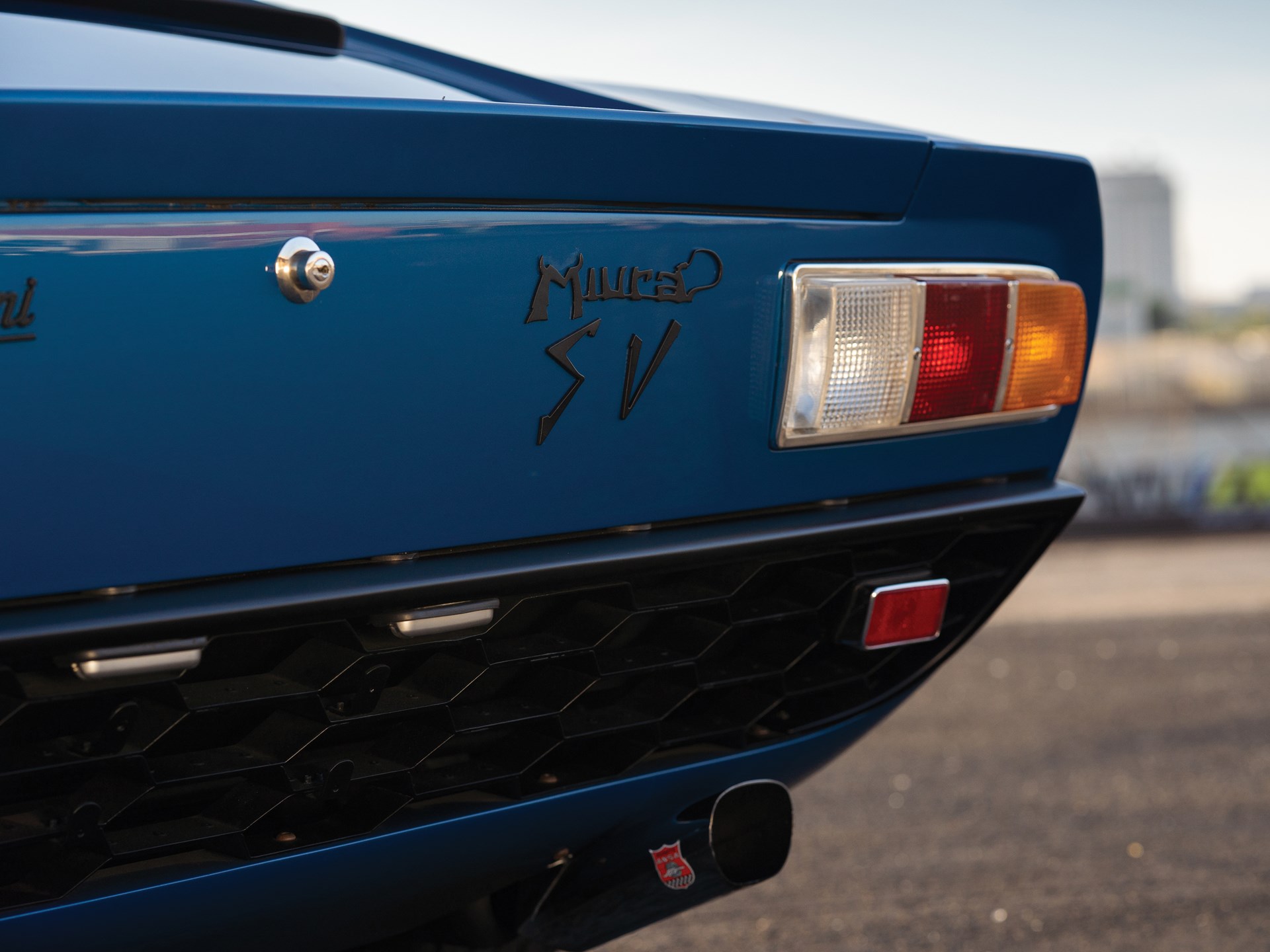 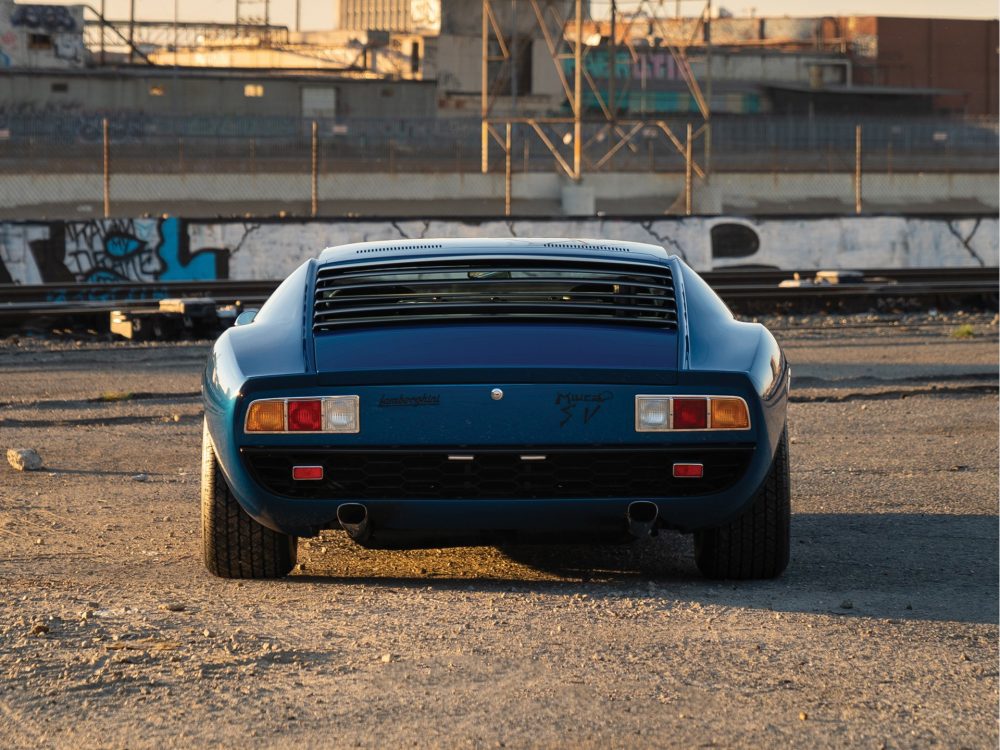 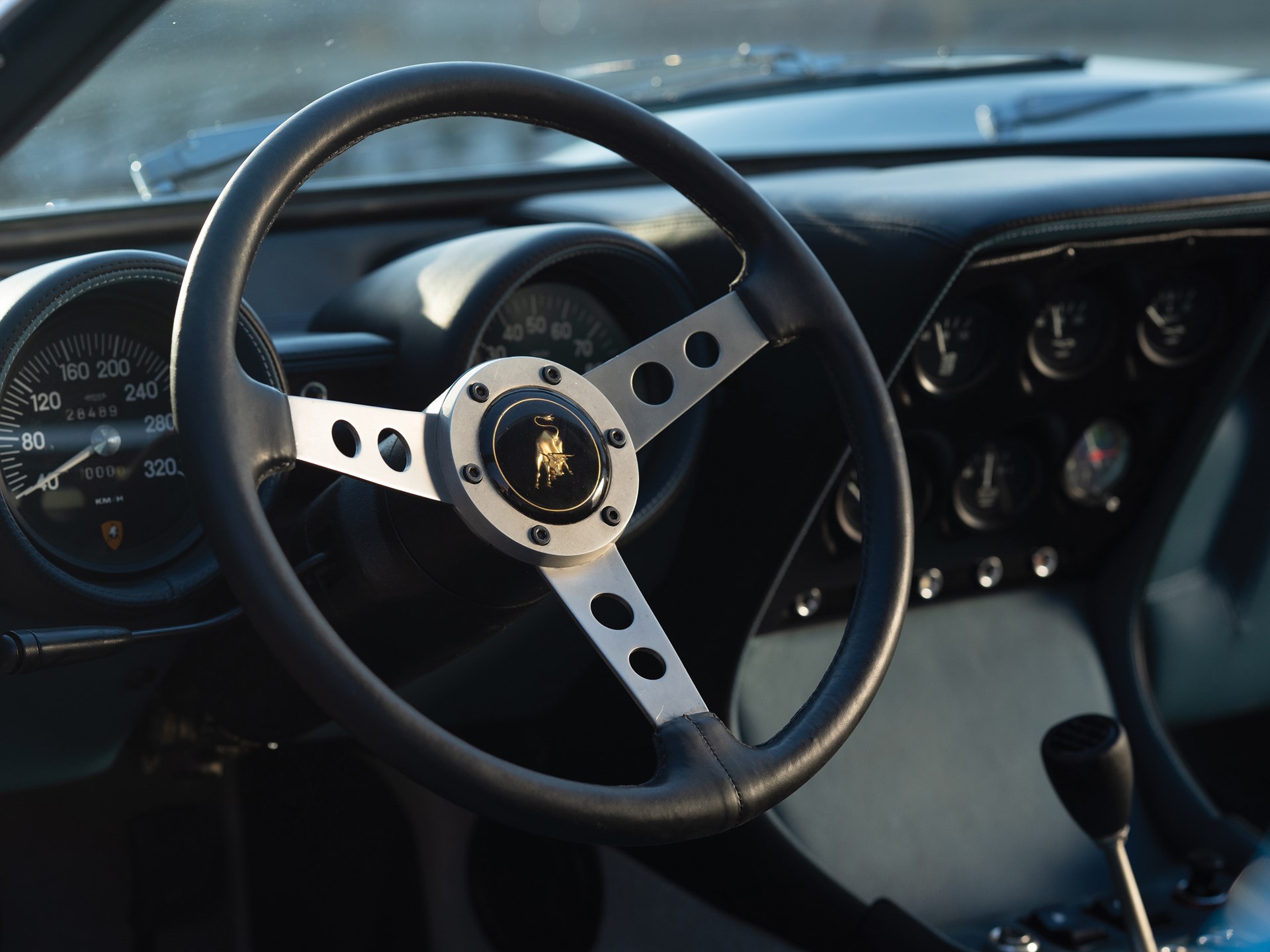 The 1971 Lamborghini Miura P400 SV by Bertone at RM Sotheby’s had a design which was indebted to its engine placement, with the V-12 mounted transversely directly behind the passenger compartment. This didn’t just make for a highly striking silhouette, but it also gave the Miura unparalleled balance and weight distribution. As with many supercars that have followed in its footsteps, the Miura evolved over time, and the last iteration, the P400 SV, was the most developed and potent. The suspension was also revised to help reduce the “front-end lightness” that was synonymous with the handling of earlier cars, and the rear bodywork was widened for a more aggressive stance. 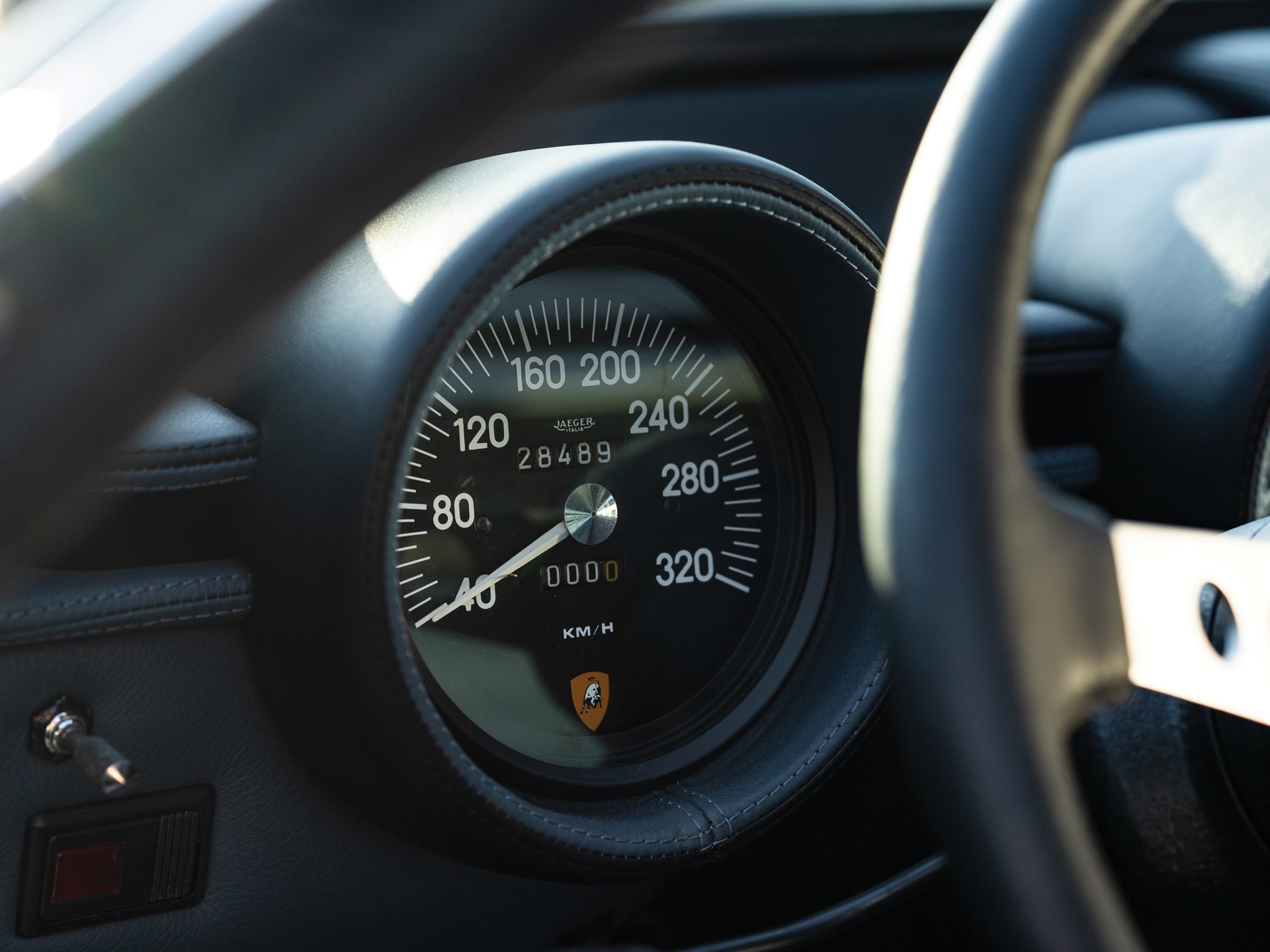 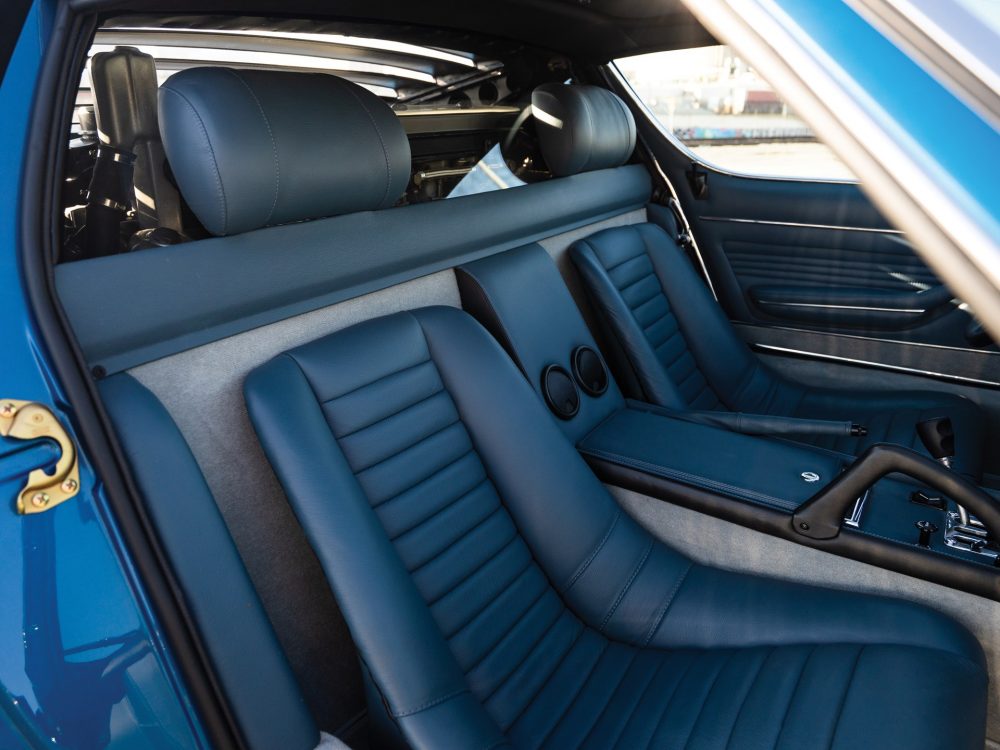 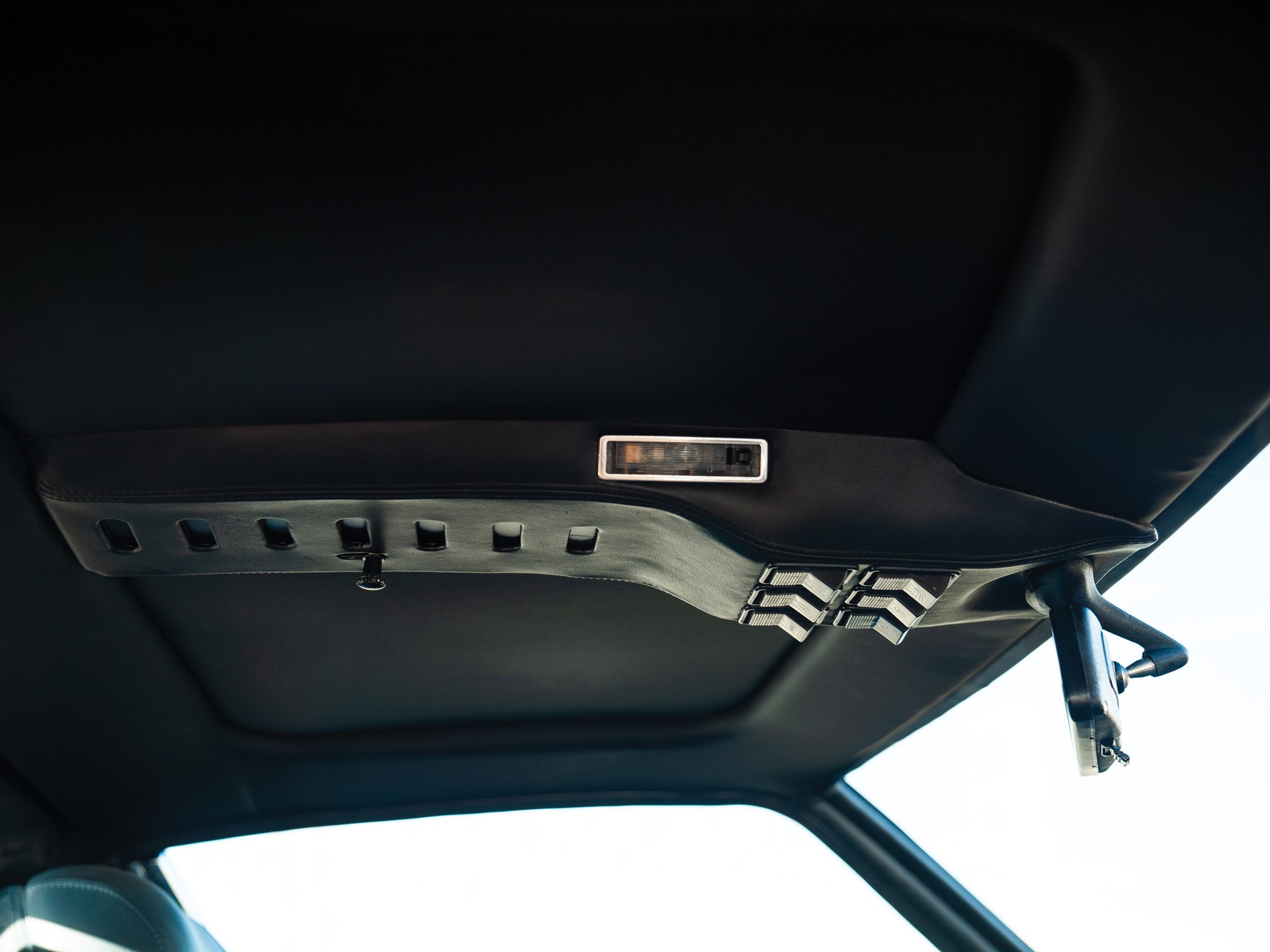 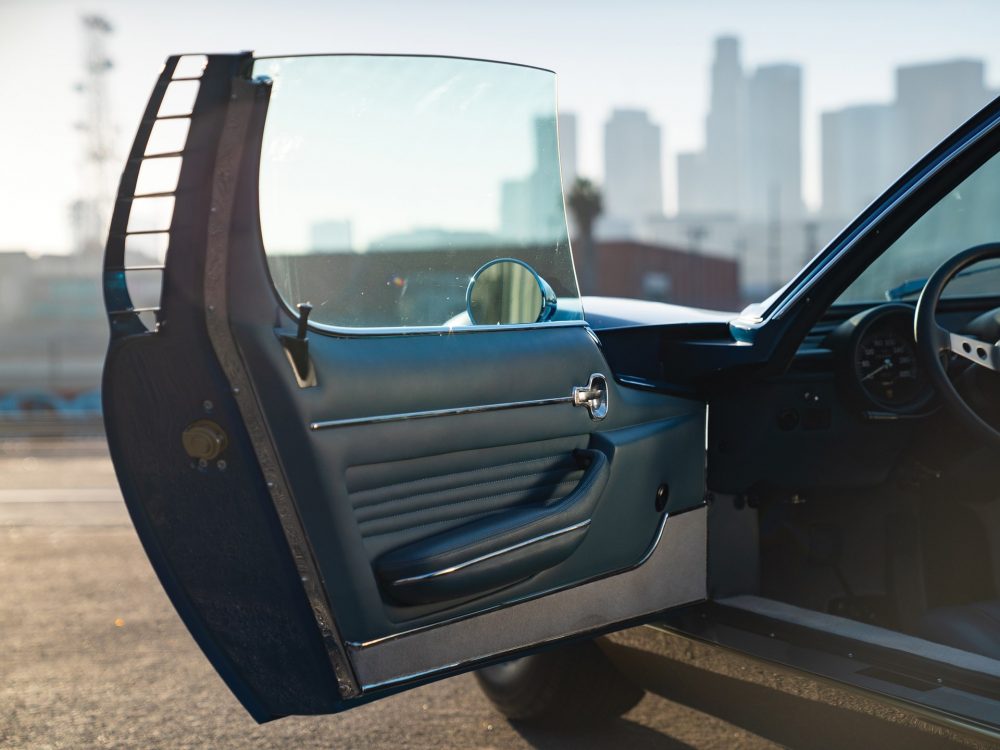 Completed on 29 October 1971, this P400 SV, chassis no. 4912, was originally finished in Bleu Medio over a Pelle Bleu interior and was sent new to the U.S. through Modena Car U.S.A. It was the only Miura SV in this colour way according to Joe Sackey’s definitive tome, The Lamborghini Miura Bible. In addition, it is one of 11 single-sump Miura SVs to be fitted from new by the factory with optional air conditioning and one of just five examples equipped as such delivered stateside. Chassis 4912 resided in Texas as of 1977 under the ownership of Pedro A. Rubio but had left his ownership by 1979. It is believed that the car remained in the U.S. until at least 1992. At that time, the car was imported from the U.S. to Japan by the Tokyo Pipe Co. Ltd.

The $2m+ guide price for the 1971 Lamborghini Miura P400 SV by Bertone at RM Sotheby’s is an understandable one given the uniqueness of this vehicle and the attention to detail that has gone into its restoration. This phenomenal looking steed has undergone a a full cosmetic restoration to its original colours by Bodie Stroud, and mechanical work was carried out by the owner’s personal shop that services many street and race cars. 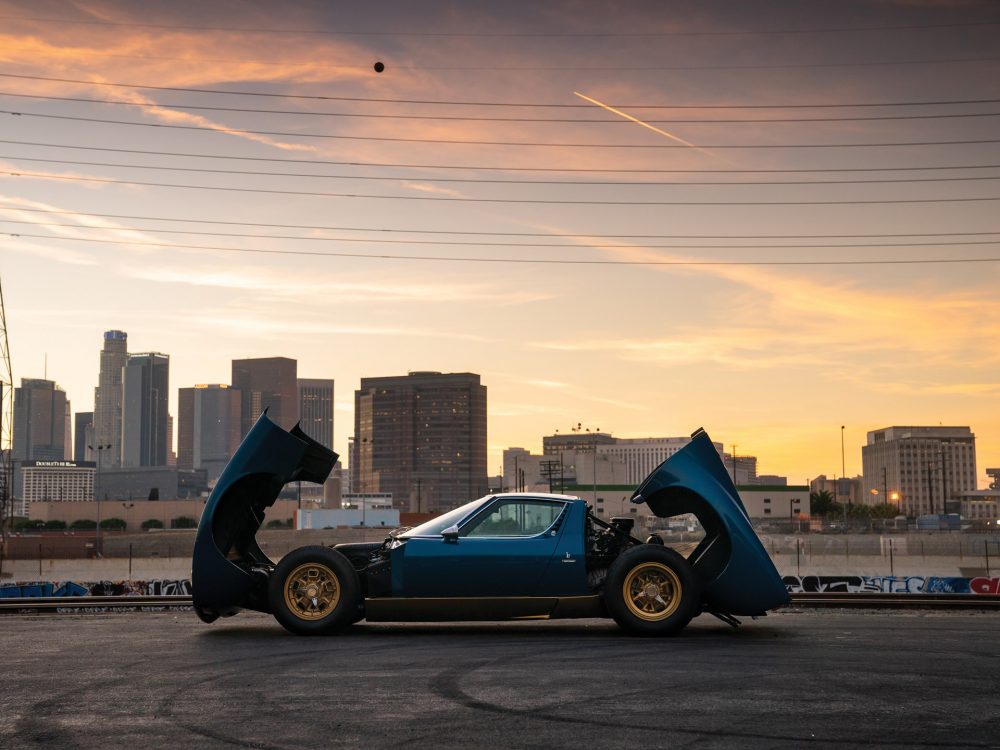 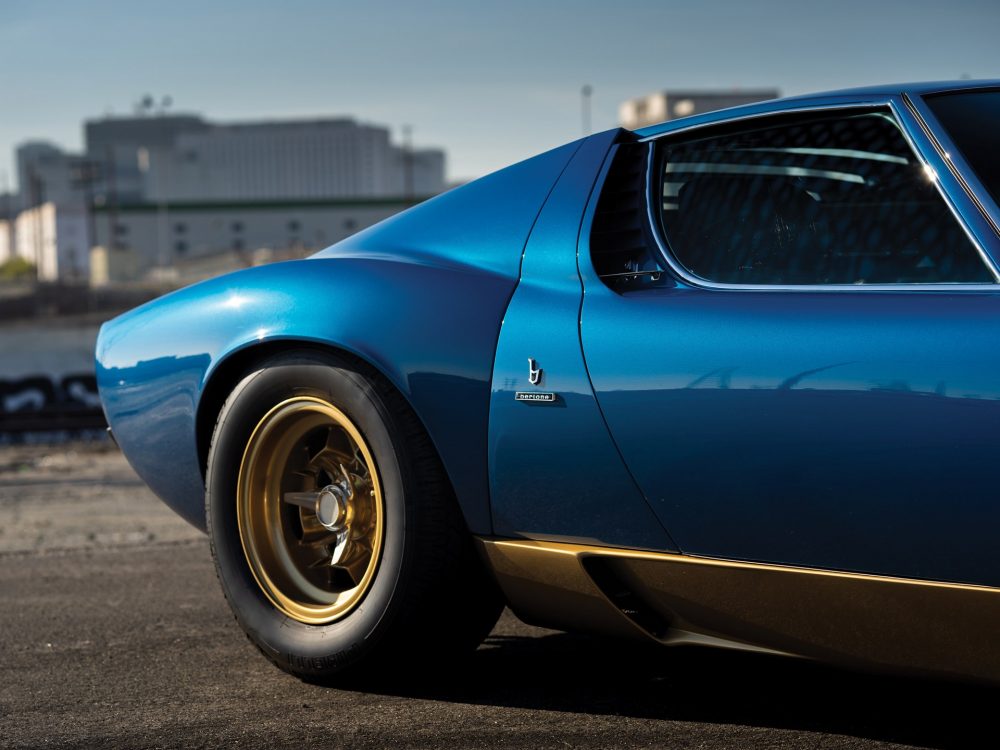 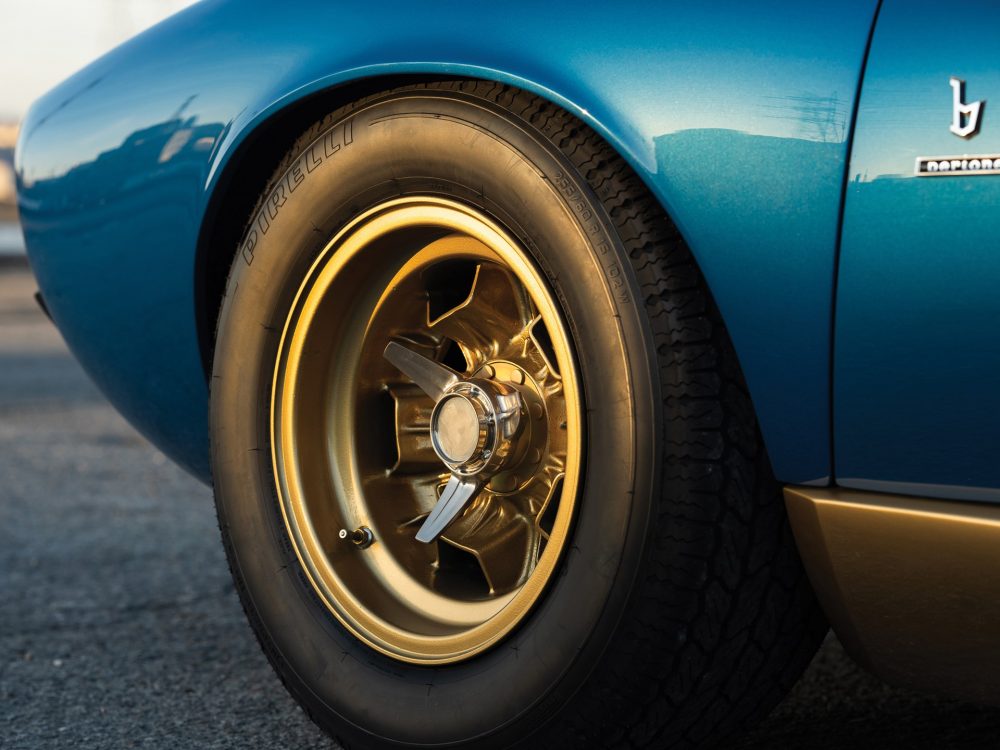 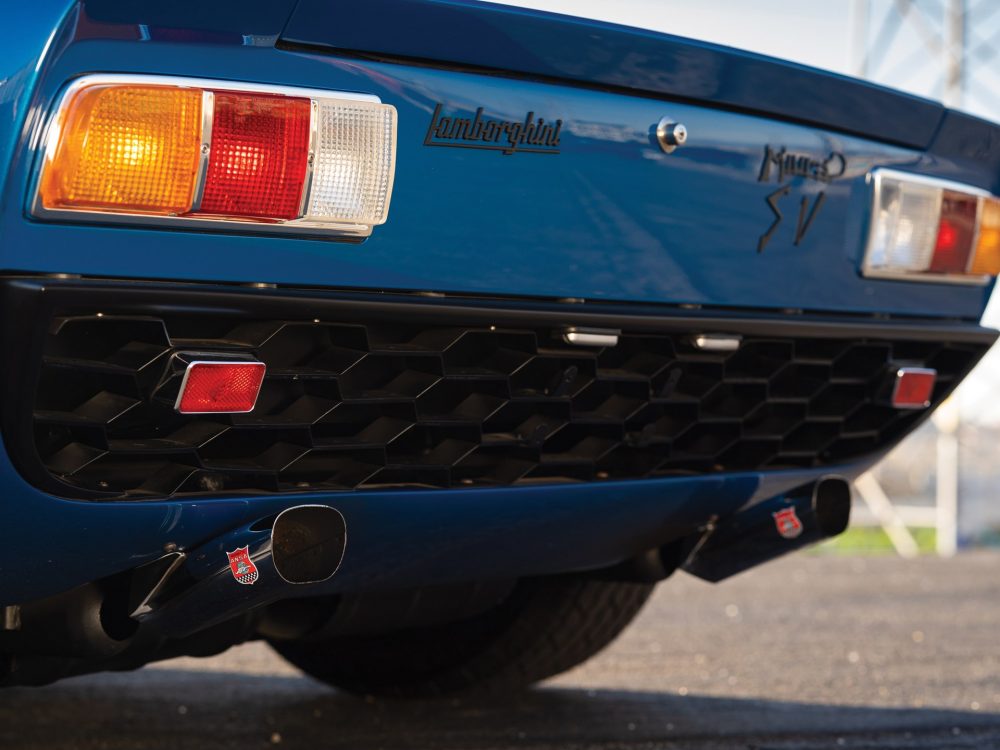 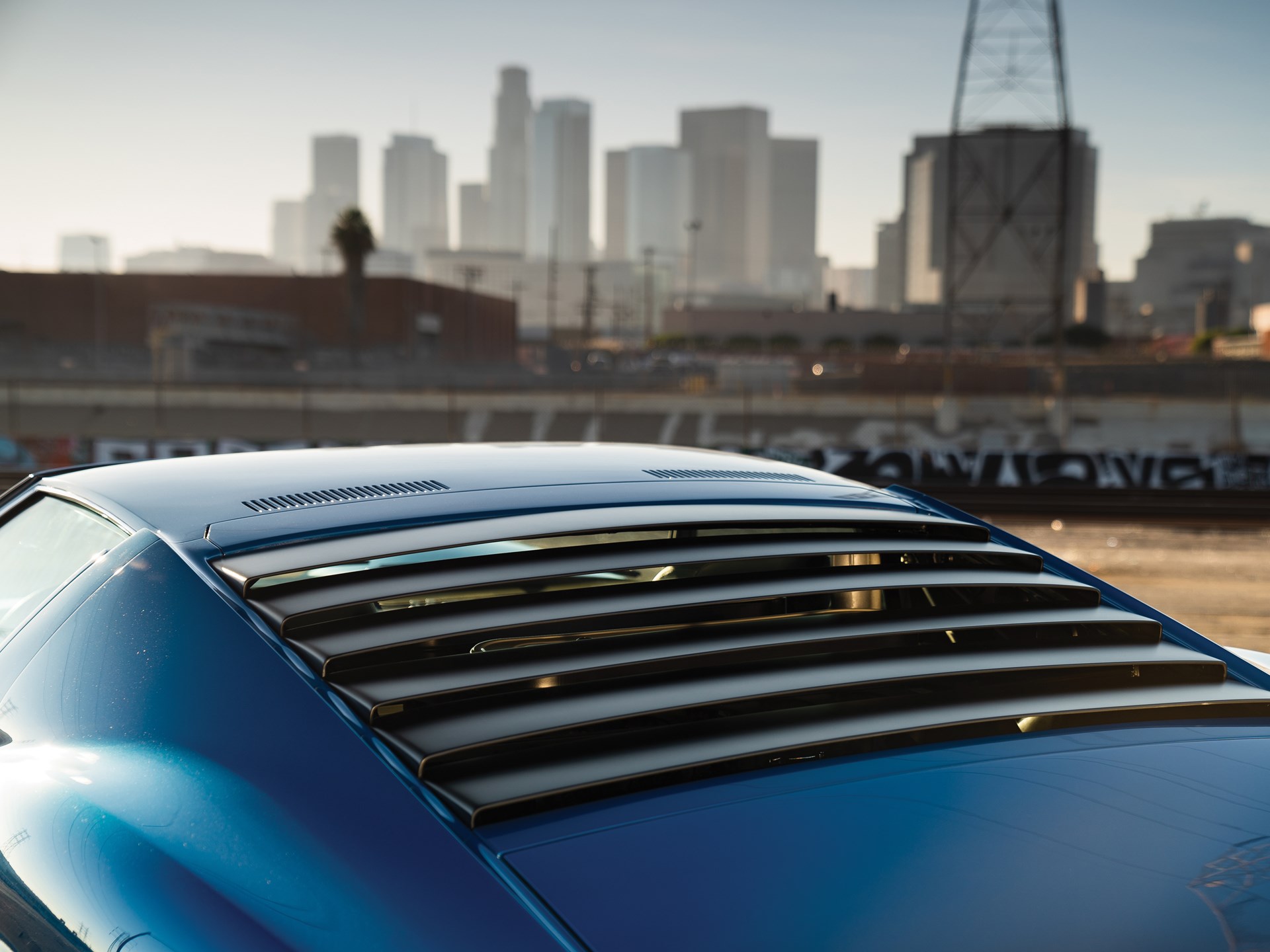 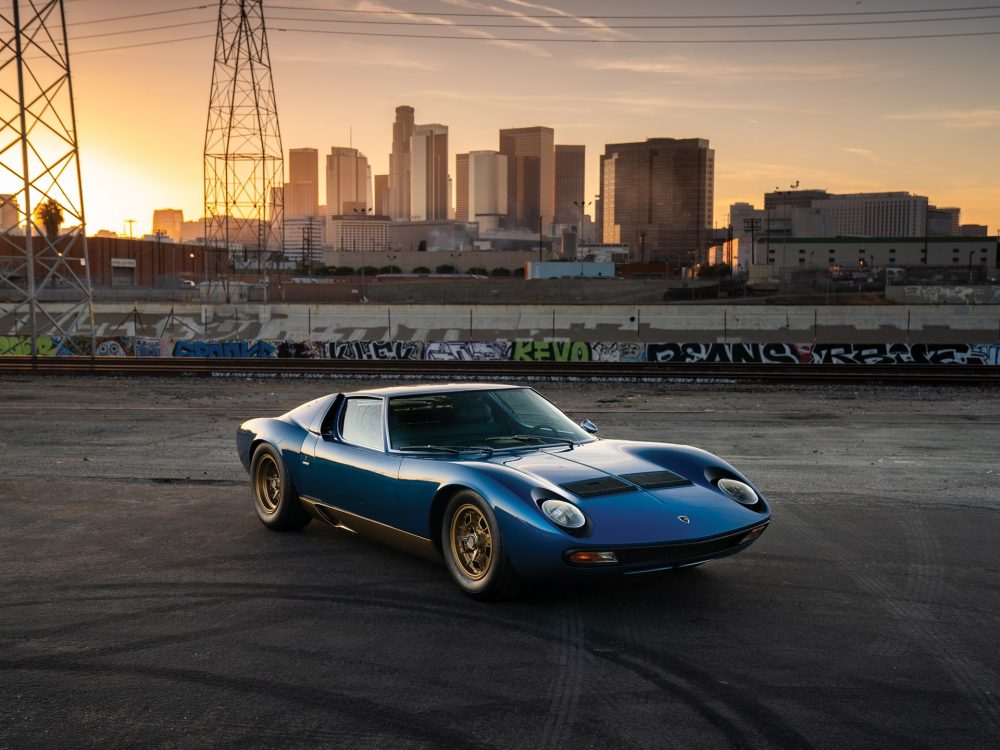 During this time, the engine was reported to have strong compression, so only top end work was needed to be carried out. All electronics were looked after, and even a correct SV steering column was sourced and added to the vehicle. Since completion, it has been shown at the Pebble Beach Concours d’Elegance, the San Marino Motor Classic, and the Father’s Day show on Rodeo Drive. A one in a million lot that will be the crowning jewel to some vintage car enthusiast’s collection in 2019.