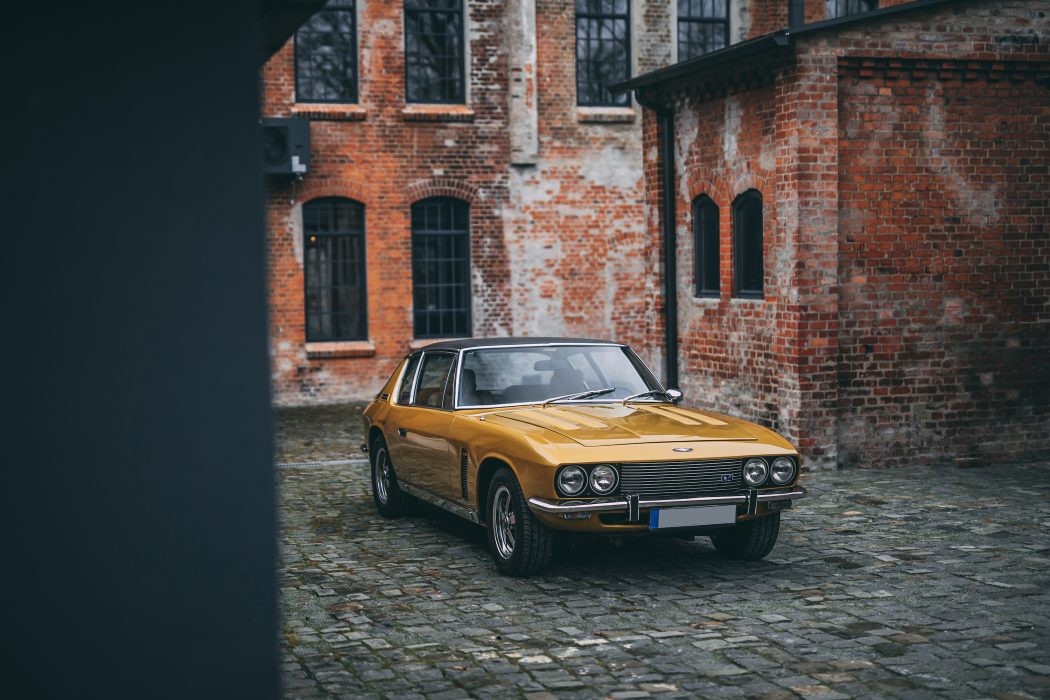 We love classic cars here at Coolector HQ and though you’ll normally see us writing about vintage Porsches and Ferraris, we love seeing lesser known machines that are no less striking from an aesthetic perspective and this leads us nicely to this, frankly stunning, 1973 Jensen Interceptor SP which is going up for auction with RM Sotheby’s. Part of their Paris auction, this breathtaking steed has definitely caught our eye and forms part of the “Gold Collection” in this European auction.

The 1973 Jensen Interceptor SP from RM Sotheby’s forms part of the highly desirable SP model range which was the most powerful Jensen ever made, and one of only 232 ever built so if you’re adding this lot to your line up up of classic cars, it’s going to be in pretty exclusive company. This superb lot retains its original interior for that added sense of authenticity which is sure to appeal to classic car collectors out there.

Alan and his brother Richard Jensen first became linked with the world of car design and construction in 1925 when their endeavours to improve on the styling and performance of an Austin Seven Chummy attracted much favourable attention. A few Jensen-bodied Fords were made in the mid-1930s before a more serious manufacturing effort started in 1938. After World War II, Jensen kept itself afloat by creating bodies for other car brands, most notably Austin-Healey, while producing its own stylish GTs in limited numbers.

It was not until the Interceptor’s arrival in 1967 that cars began to leave the West Bromwich factory in more substantial numbers and this beautiful 1973 Jensen Interceptor SP from RM Sotheby’s is one of the finest examples you’re ever likely to come across. For the Interceptor, Jensen moved from glass fibre to steel for its car bodies, though underneath the preceding C-V8’s chassis, running gear and 6,276 cc Chrysler engine remained largely unchanged.

With some 280BHP on tap, performance was far above average, The Motor recording a top speed of 140 mph with 100 mph arriving from a standstill in 19 seconds. Four-wheel servo-assisted Dunlop discs looked after the braking side of things while the ride quality could be varied by the Armstrong Selectaride dampers’ dashboard control. Leather upholstery, reclining front seats, and walnut veneer trim were all as standard design features of this Vignale-styled Anglo-American GT, while automatic transmission was the choice of pretty much every buyer.

One in a Million Lot

According to the Jensen Museum, this particular Interceptor that is going under the hammer with RM Sotheby’s is one of just 232 factory 7.2-litre Six-Pack “SP” cars built, with triple carburation that helped deliver the rather impressive 385 bhp, something which makes it the most powerful Jensen ever offered and highly coveted by collectors today.

Delivered new to Germany and first registered in June of 1973, it has remained there since new and is presented in a remarkably good condition for whoever is lucky enough to get their hands on it when the hammer goes down for the final time. It is showing a mere 2,307 km on the odometer, although true mileage is believed to be closer to 102,307 km from new. It boasts an inviting, lightly-patinaed original leather interior with air conditioning, power windows and automatic transmission, as well as impeccable paintwork and the original tool roll, making this exciting Anglo-American grand tourer a very rare find. 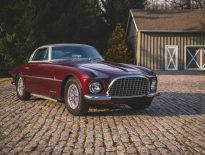 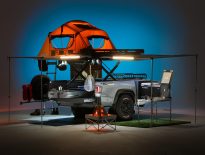