It’s not everyday you see cars as amazing as the 1985 Porsche 959 Paris-Dakar and even rarer that you get the opportunity to purchase one but that’s exactly the situated that is transpiring courtesy of luxury car auction house, RM Sotheby’s. With the rather large caveat of the fact you’ll need around $3m in order to add this miraculous looking machine to your collection of classic cars. 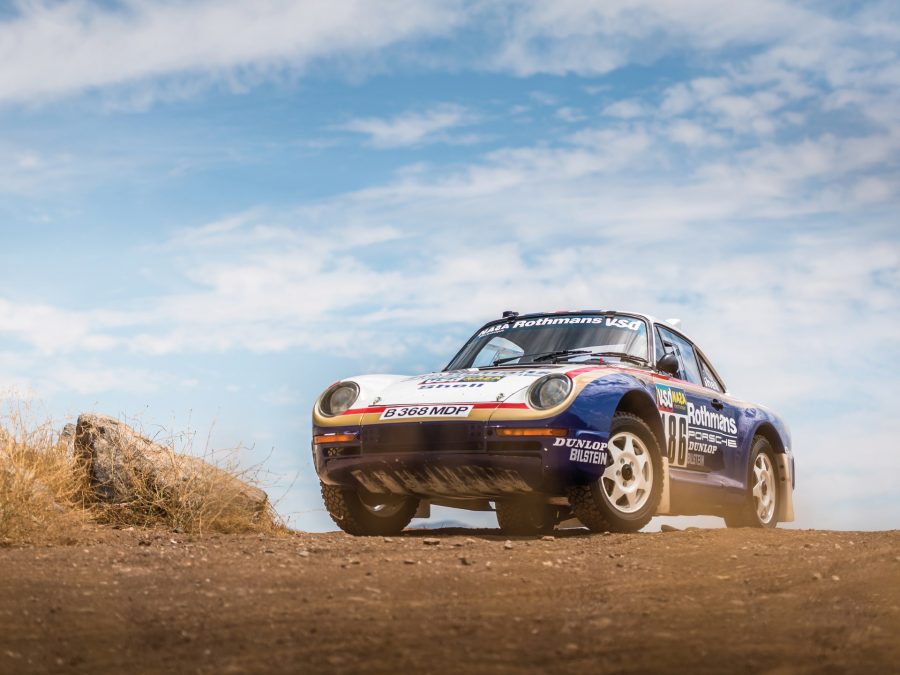 The 1985 Porsche 959 Paris-Dakar is, without doubt, one of the coolest cars we’ve seen on the pages of RM Sotheby’s to date and this extraordinary machine is an exceptionally rare, rally-spec Porsche that is sure to generate an awful lot of interest amongst classic car and rally enthusiasts when it goes under the hammer. This majestic looking beast is set to go for around the $3m mark and the fact that only six Porsche 959 Paris-Dakar rally cars were ever built is sure to add to its allure still further.

Part of RM Sotheby’s Porsche 70th Anniversary sale, this phenomenal looking vehicle is already beginning to generate plenty of interest prior to going under the gavel in October. This exemplary looking rally racer, boasts a naturally aspirated 3.2-litre engine (taken from a Porsche Carrera) which is housed in this particular 959 (which has been built onto a 911 chassis as a 959 ‘prototype’). It also has the AWD system which was developed by Porsche for the road car, and a specialised suspension purpose built for the Paris-Dakar Rally. 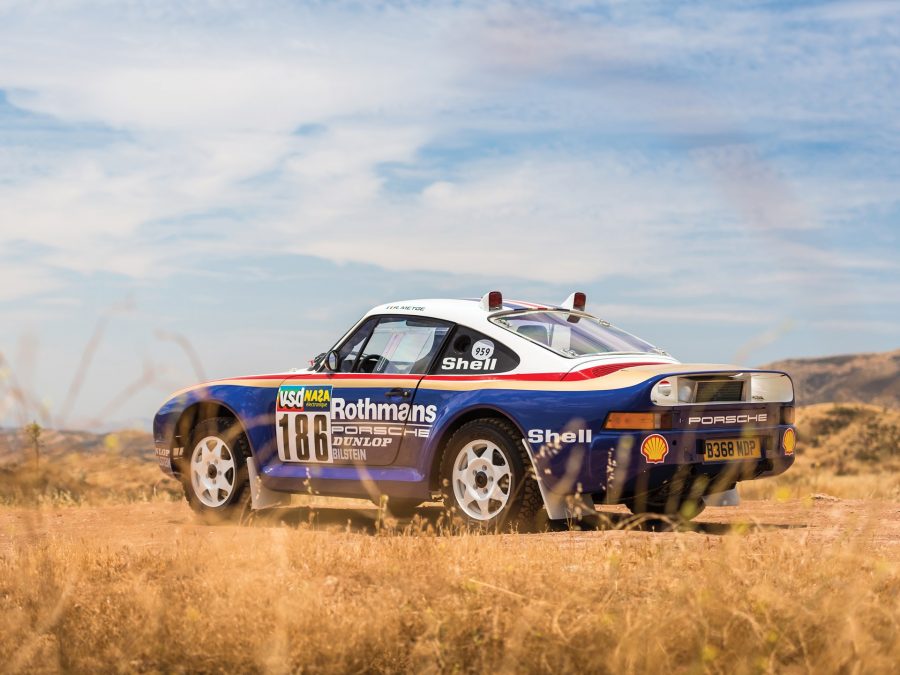 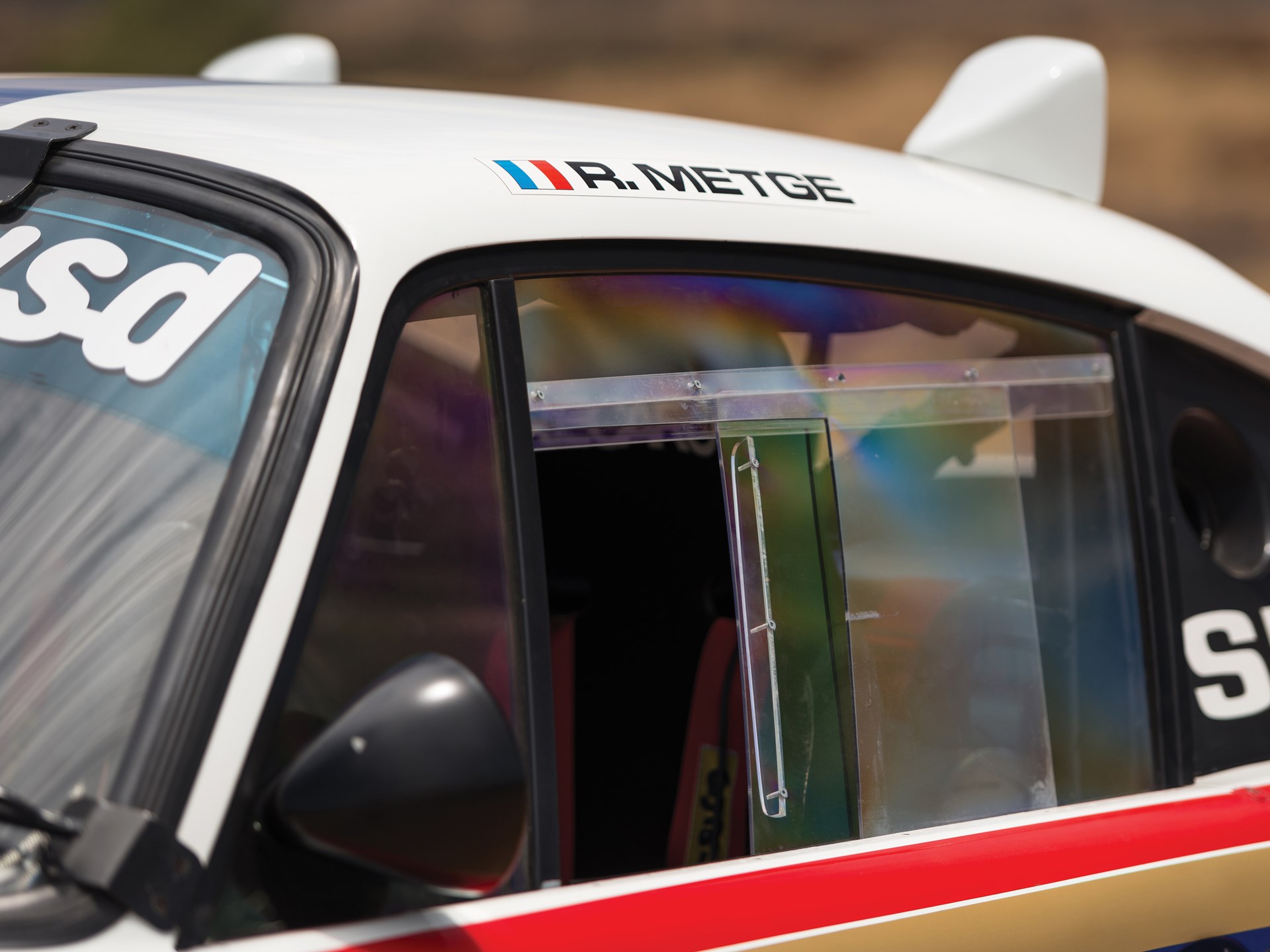 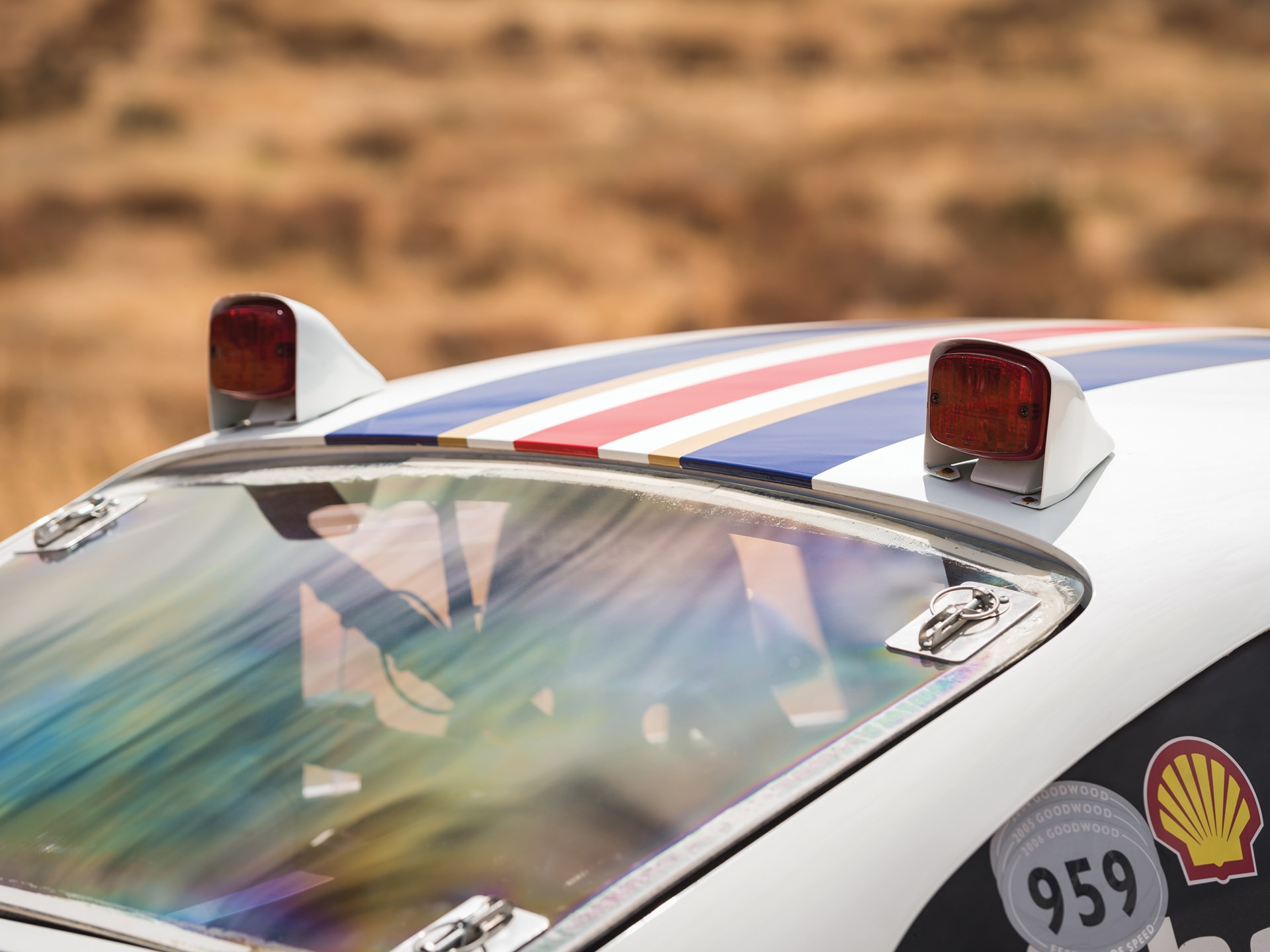 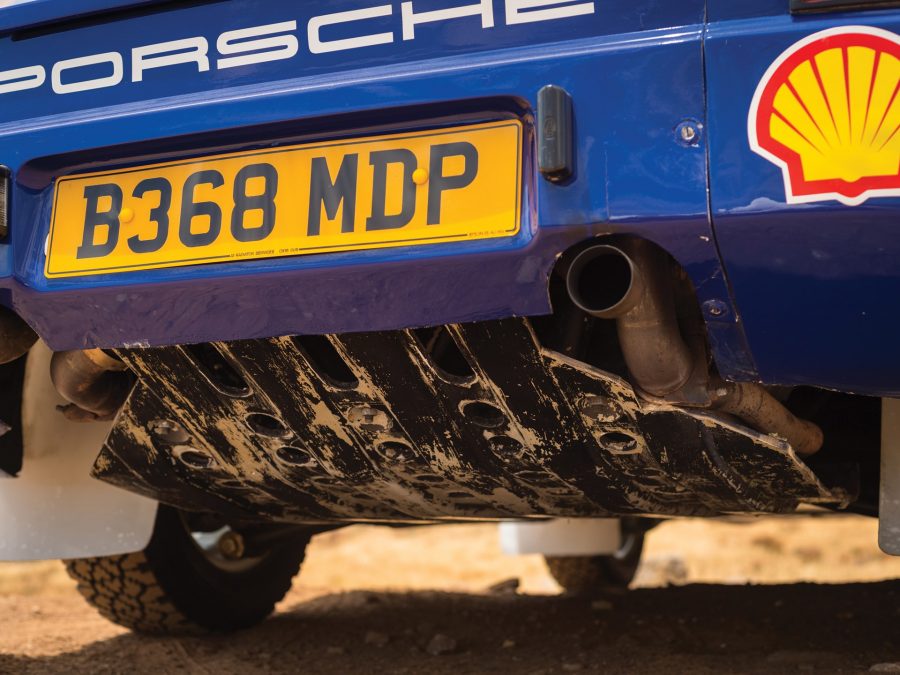 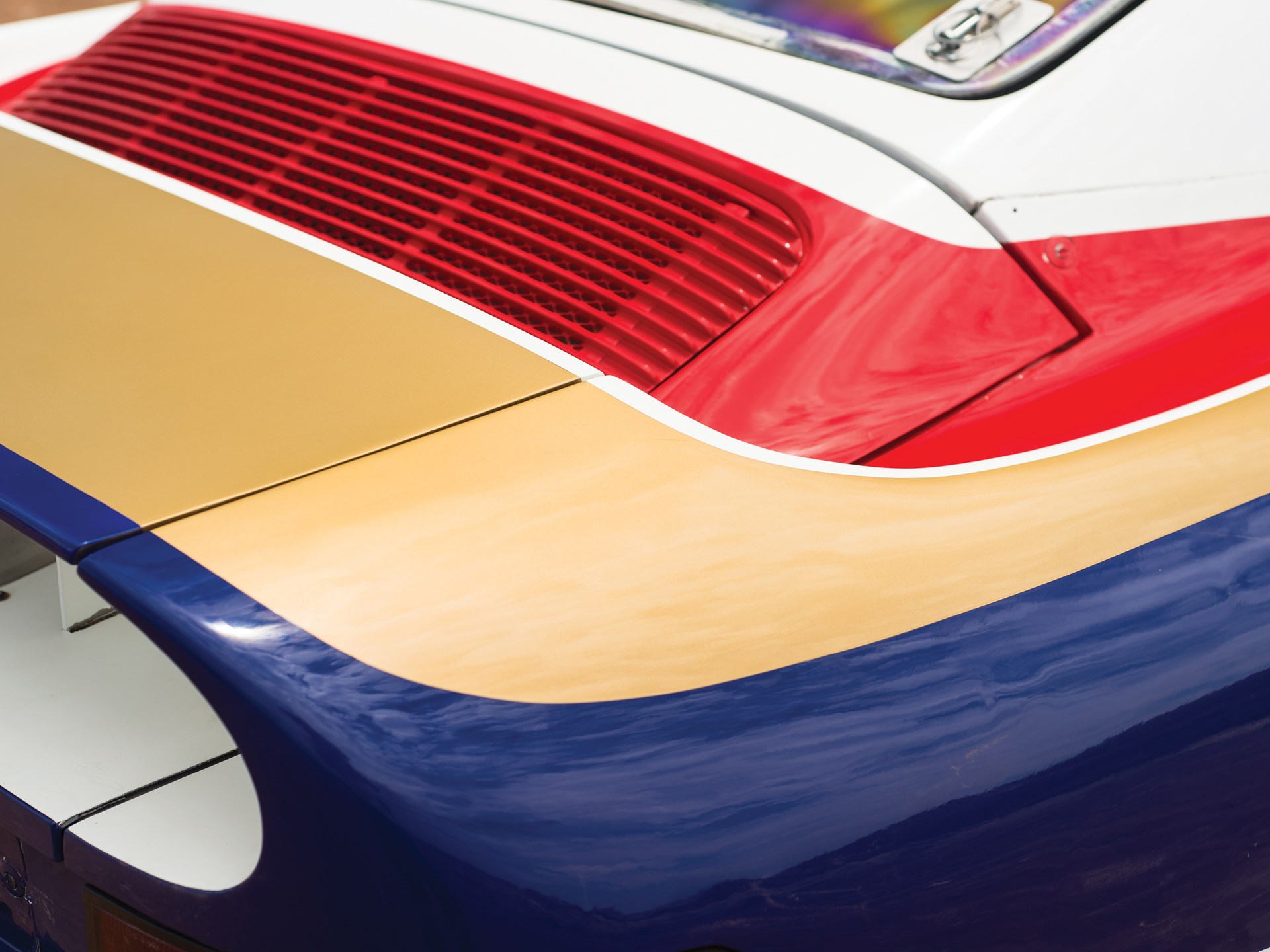 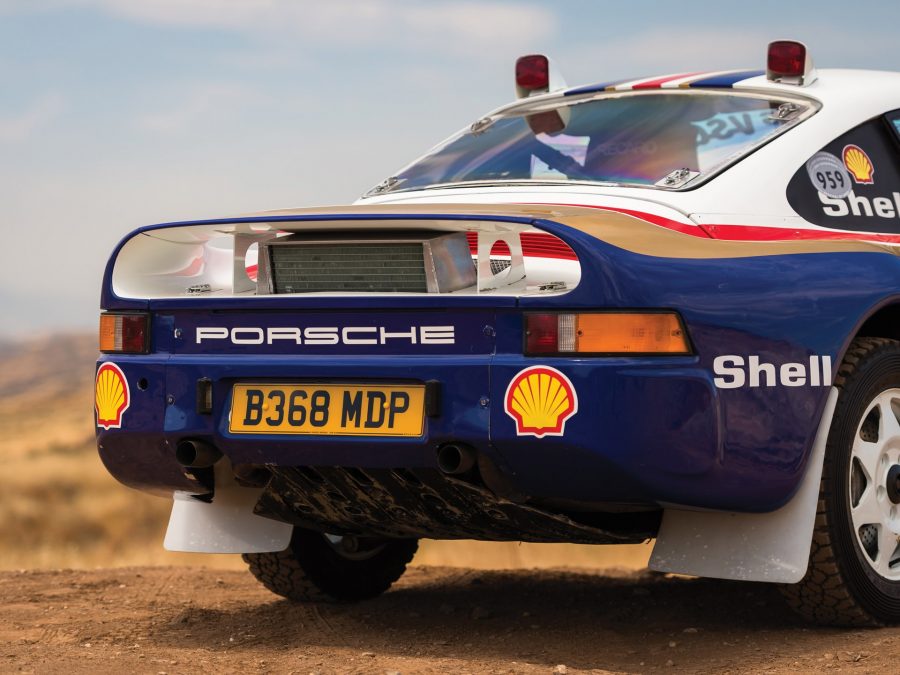 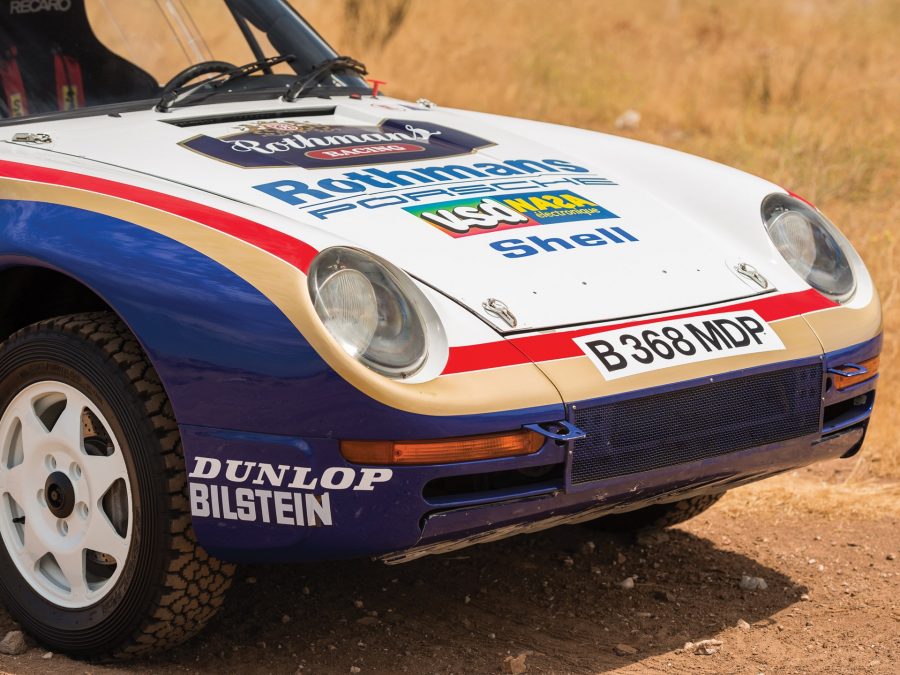 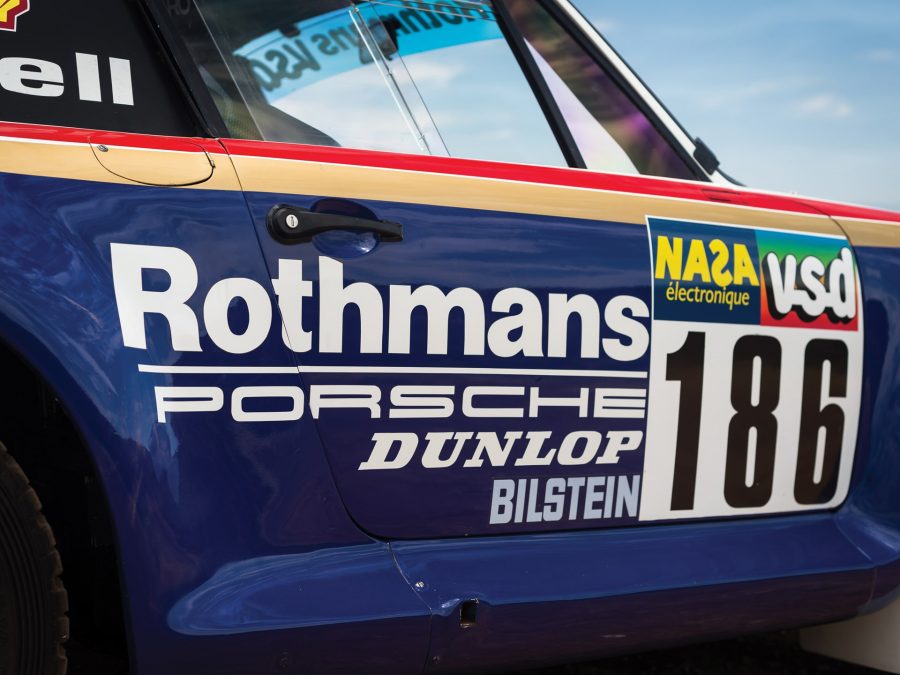 The 1985 Porsche 959 Paris-Dakar was driven by René Metge – a mighty accomplished rally driver who won the race in 1981, ’84, and ’86 Paris-Dakars – in the 1985 race. He would go on to win a year later in one of the first ‘proper’ 959 rally cars but he didn’t actually finish during the 1985 race as a result of an oil leak that put the car out of action which, considering the unforgiving terrains of the race, is hardly surprising. 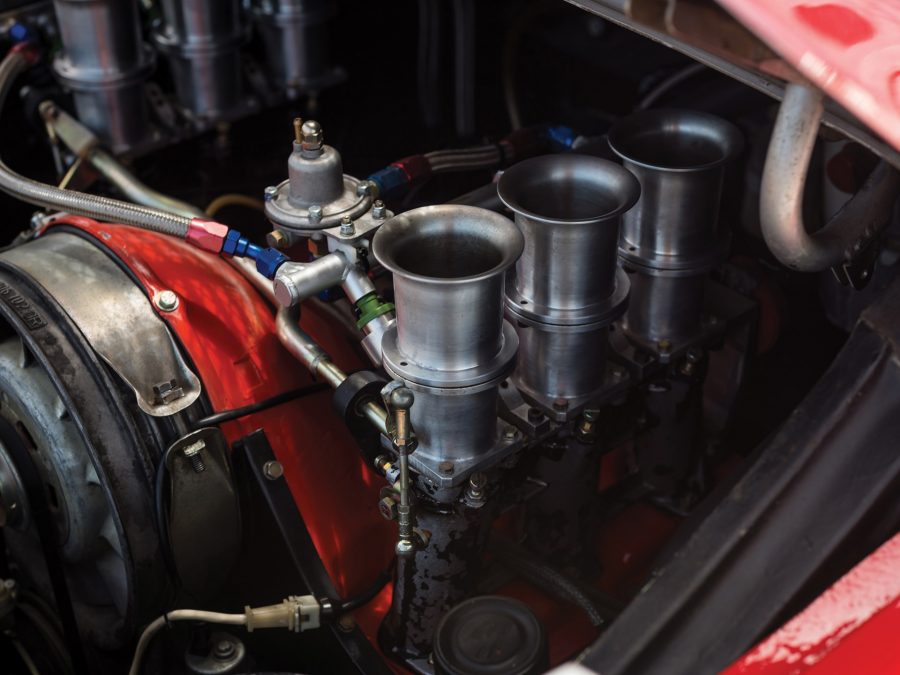 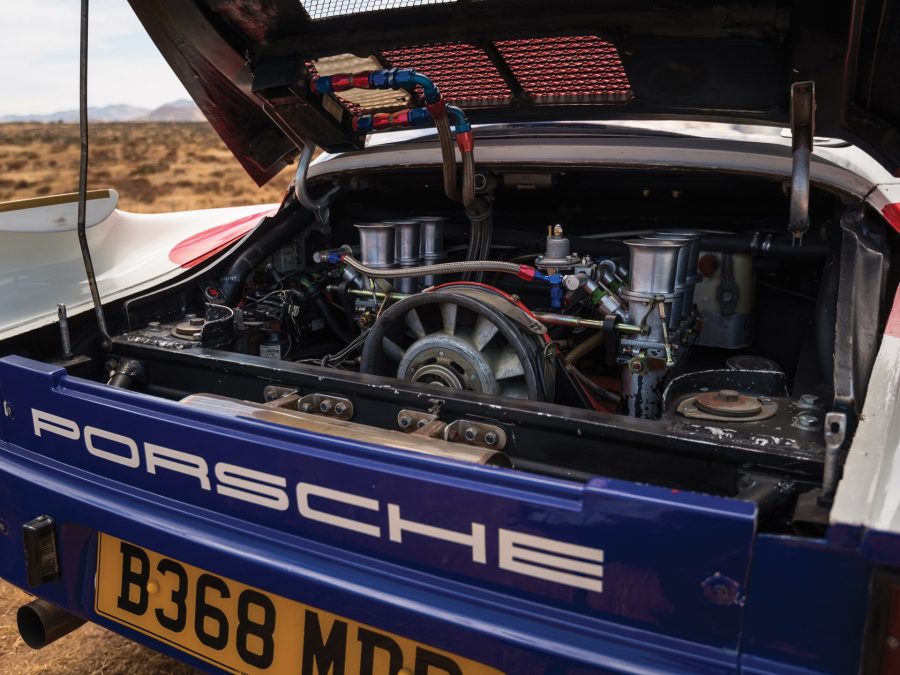 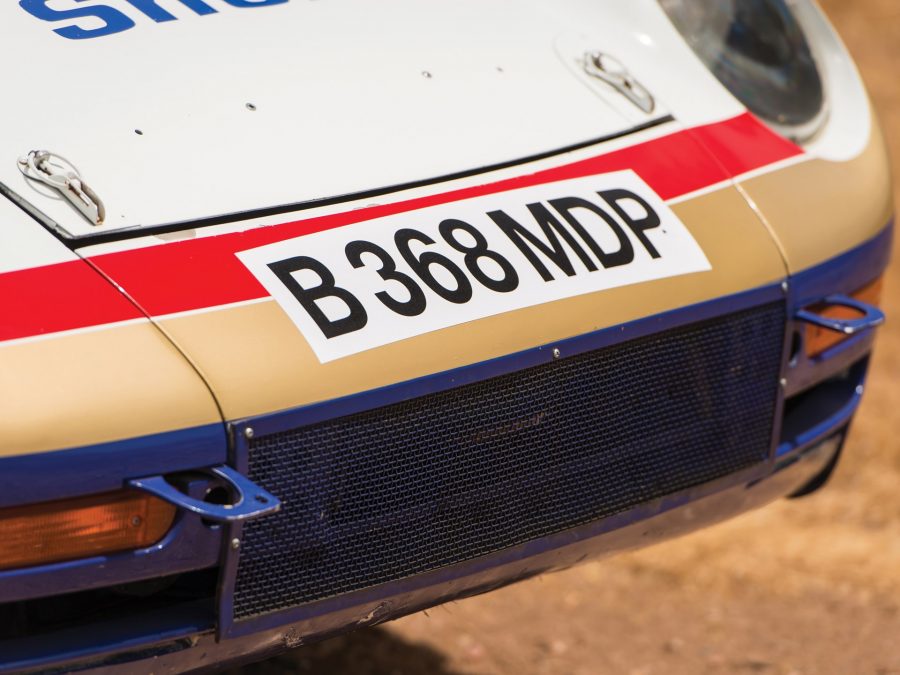 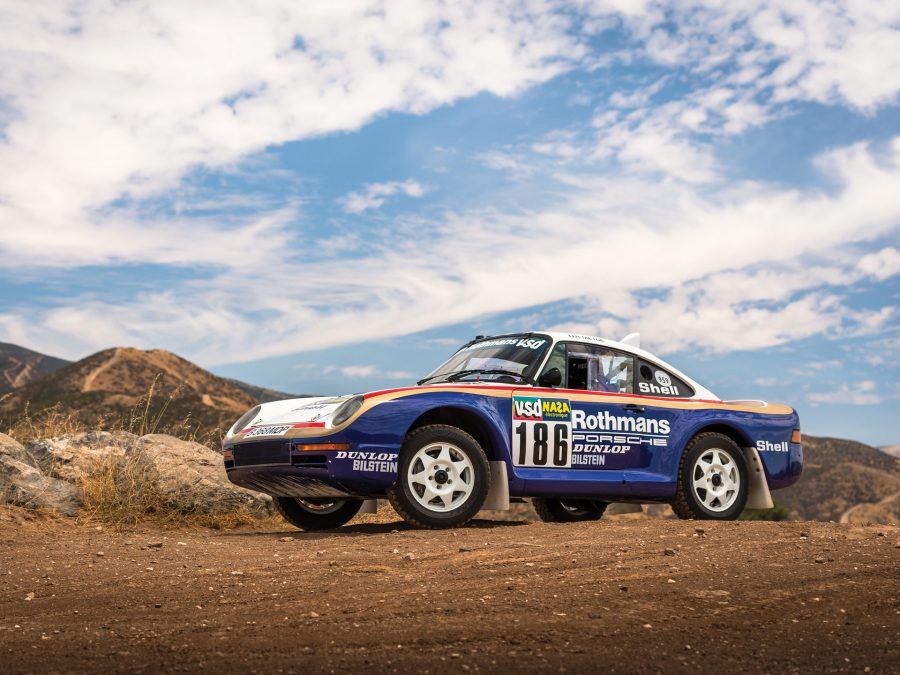 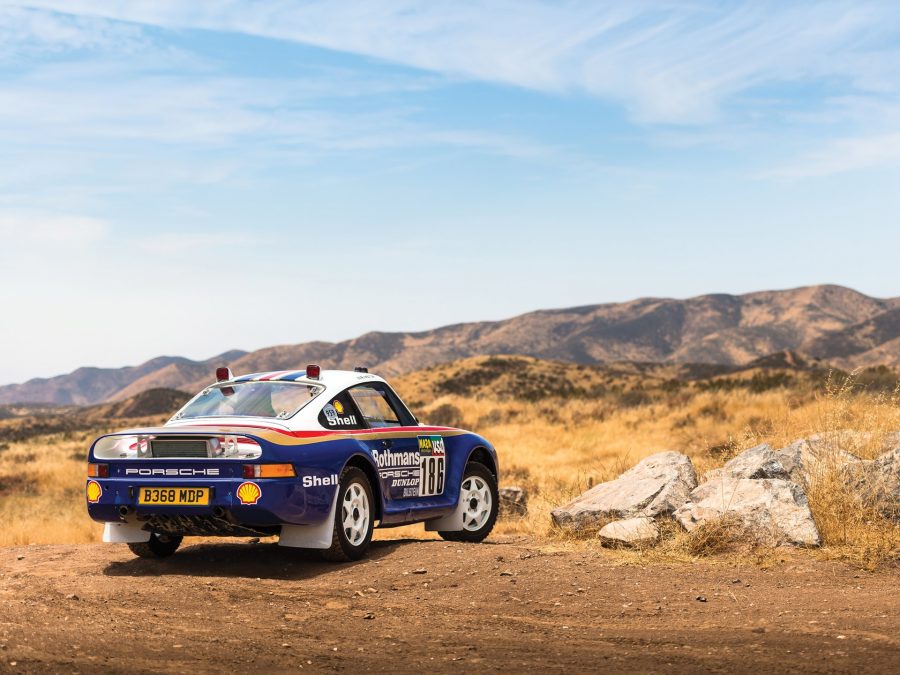 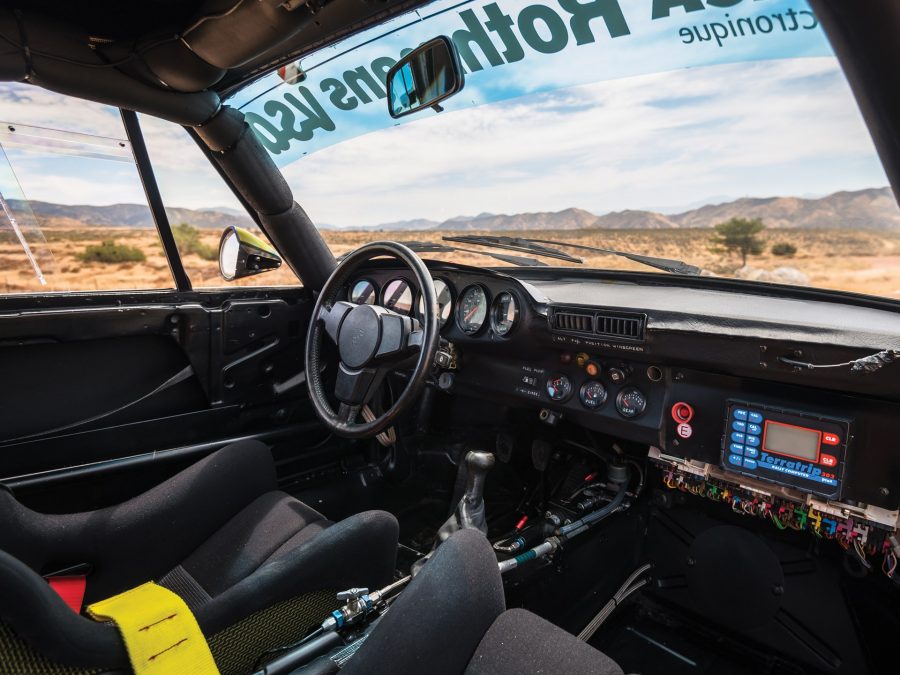 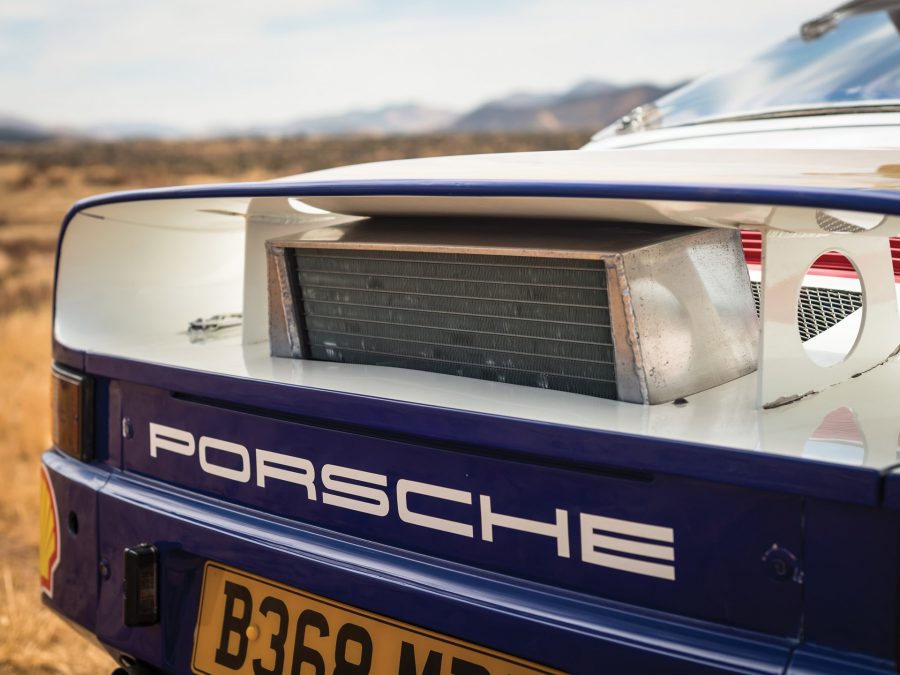 Described by RM Sotheby’s as being in “as-raced, highly original condition”, there is a real sense of authenticity to this Porsche and it has definitely got a real visual impact that makes this incredibly rare offering stand out from the competition. The 1985 Porsche 959 Paris-Dakar represents the first time a car of this nature has come up for public sale and that is definitely going to ramp up the interest in this lot considerably so, on the off-chance you come across $3m+, you’ll need to move quickly to make this stunning vehicle your own.

The Paris-Dakar Rally is one of the most iconic rally events ever and the fact there is such a rare vehicle from the event now up for grabs on RM Sotheby’s is something that we’re loving here at Coolector HQ. It is fair to say that for any die-hard Porsche collector and off-road enthusiast, this is an unheard-of opportunity to own a piece of rally driving history but, needless to say, the price tag is a pretty restrictive one to say the least. 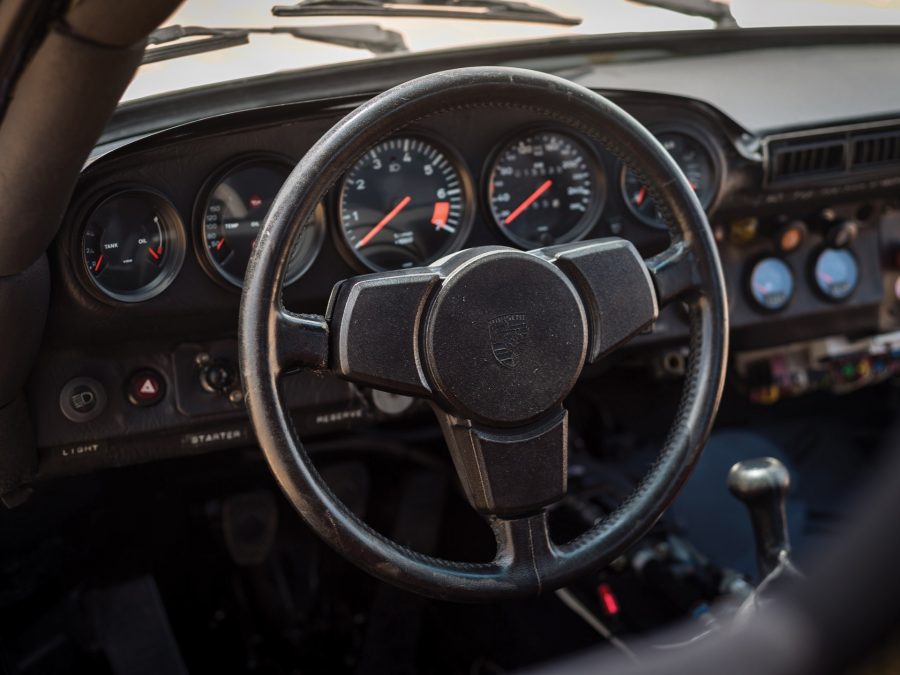 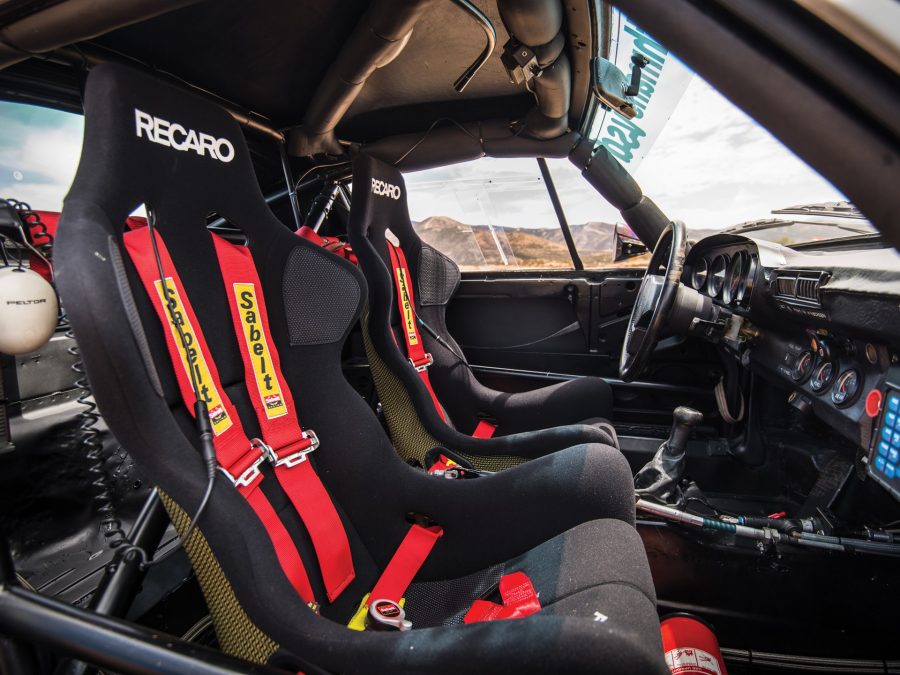 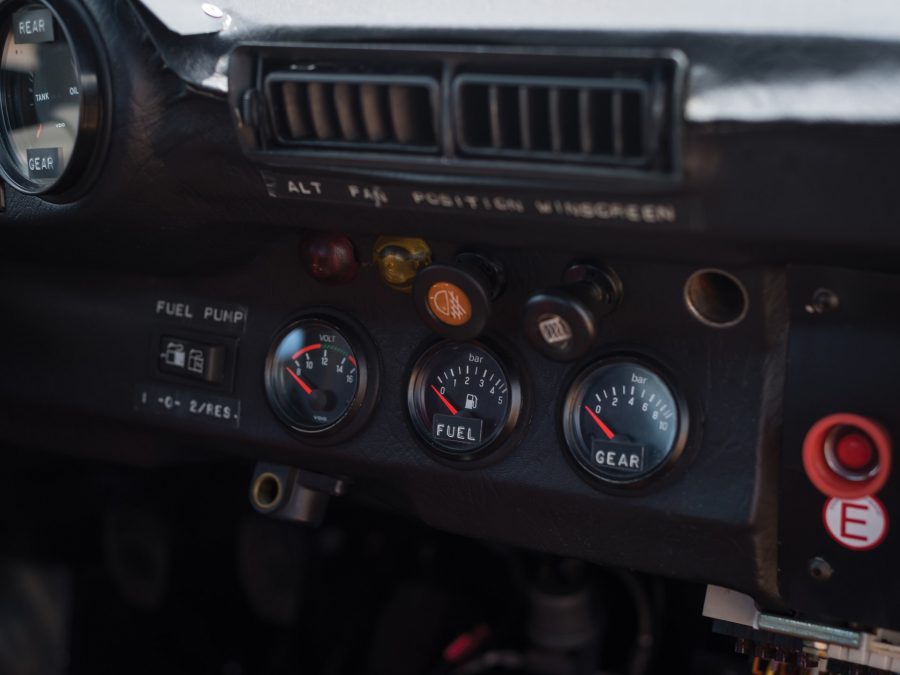 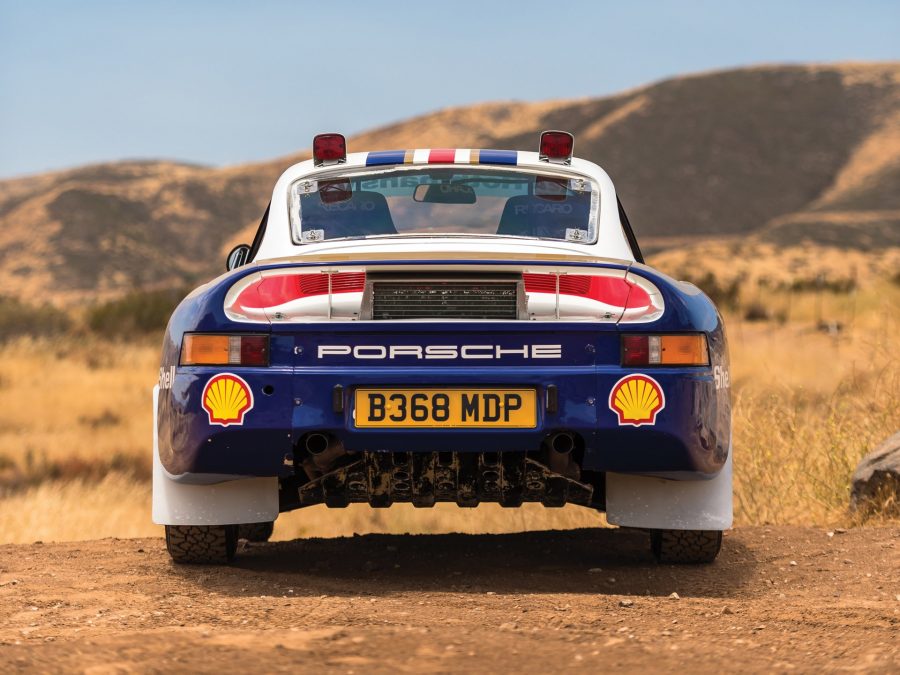 Iconic, unbelievably cool and a snapshot of the history of the Paris-Dakar Rally, this stunning machine will almost certainly find a new home come October and if you want that to be in your classic car collection, you better start saving now because it certainly isn’t going to come cheap.

Written By
Leo Davie
More from Leo Davie
Though the sour taste of the Matthew Broderick version of Godzilla still...
Read More