Craft beer is a borderline obsession of ours here at Coolector HQ and we’re forever scouring the internet in search of new and delicious looking ales to try so we’ve taken the time to compile a list of 8 awesome looking craft beers that you should be treating your taste buds to this summer. Check out our picks below: 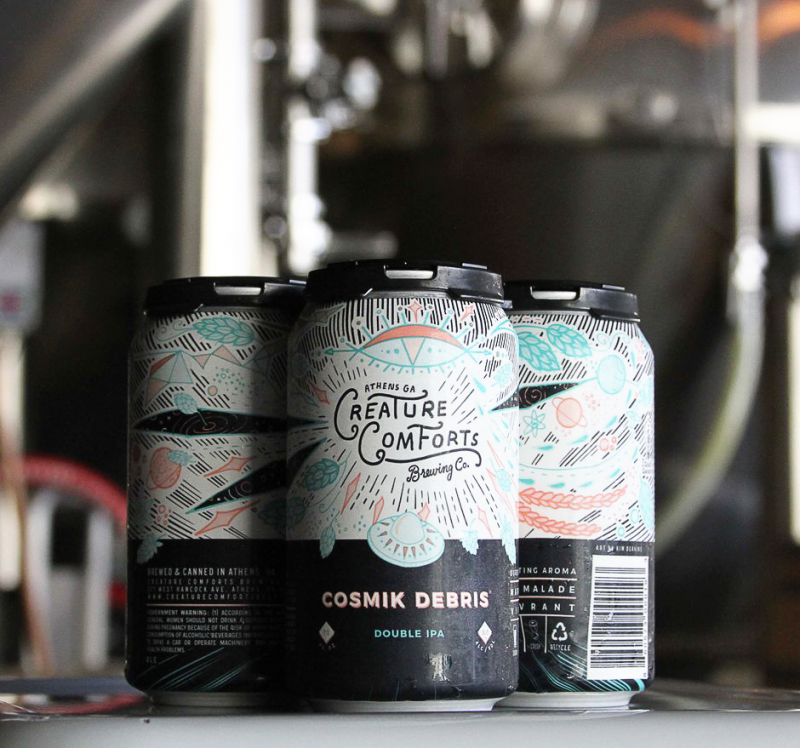 This double IPA from Creature Comforts Brewing Co. who operate out of Athens, Georgia, is the best of both worlds in our opinion here at Coolector HQ as it isn’t just delicious, it’s also got top notch branding to boot. Not one for the session ale man, the Cosmik Debris packs a punch at 8%ABV and features Simcoe, Idaho 7, Mosaic, Cascade and Chinook hops, which delivers a bursting aroma of citrus zest, melon and subtle pine. Perfect summer fodder for the craft beer aficionado. 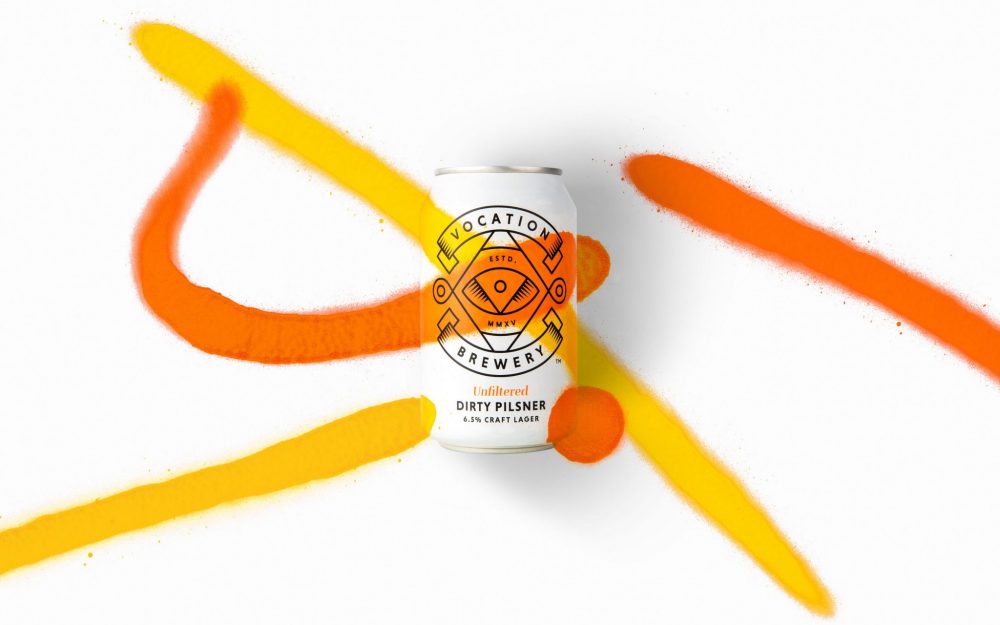 Another one that has a bit of a kick to it, the Dirty Pilsner from Vocation Brewery has got summer written all over it and perfectly suited to those hot days when a thirst quencher is a must. Vocation Brewery operate out of Hebden Bridge in Yorkshire and their Dirty Pilsner weighs in at 6.5% and it is a strong pilsner butting heads with a mouthwatering IPA to deliver a real explosion of flavour that you won’t soon forget. 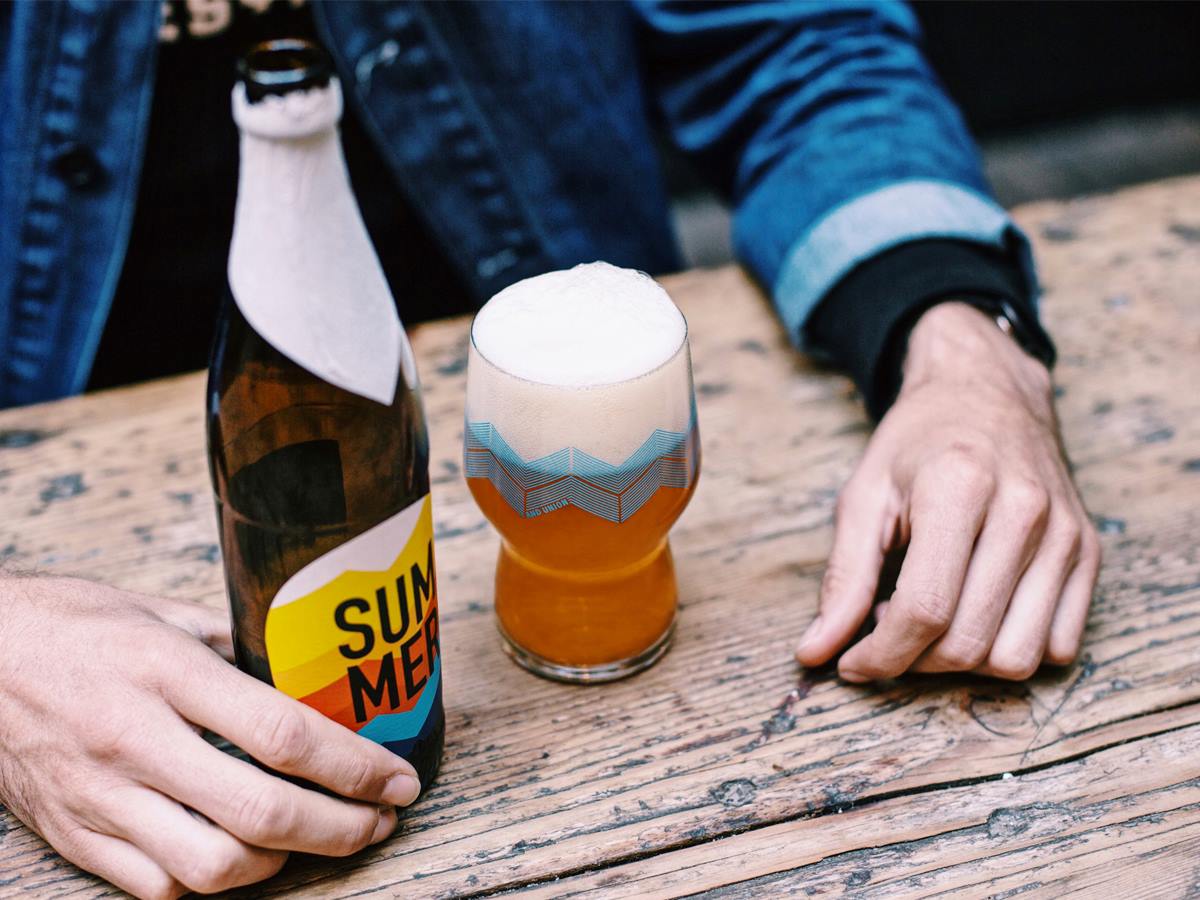 The clue is in the name with this glorious looking wheat ale from Bavarian beer makers, And Union. For those who want a real kick of flavour with their summer tipples, this excellent offering from And Union will tick all of the right boxes. The Summer Wheat Ale from And Union is billed as the liquid quintessence of bottled sunbeams and, as we can’t possibly describe it better than that, we’ll leave it there. 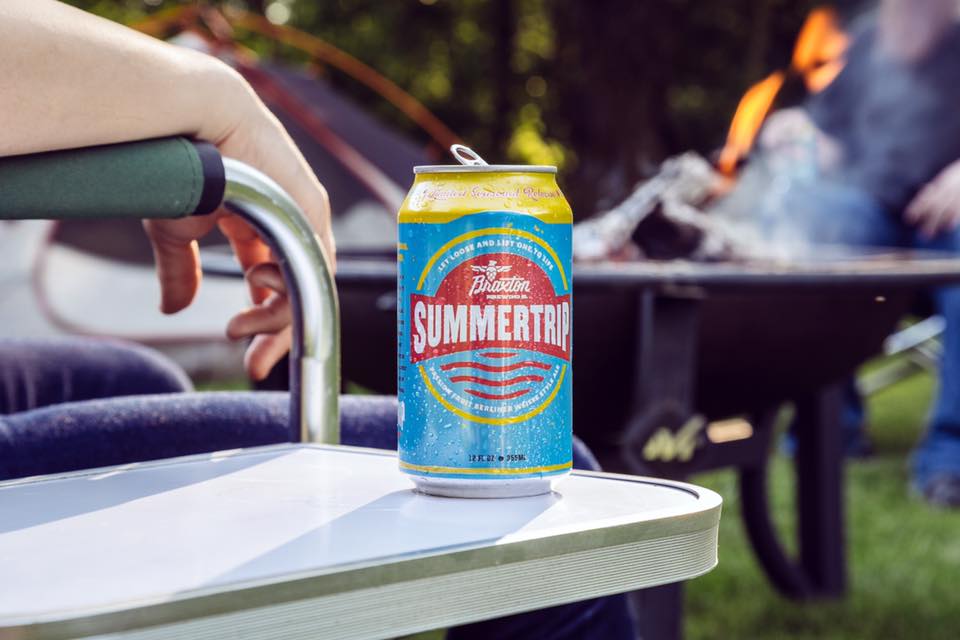 This Berliner Weisse style beer from Kentucky based brewers, Braxton Brewing Co, taps into the fruity flavour of summer with some unexpected ingredients that gives it an unparalleled taste. The Summertrip beer from Braxton Brewing Co is a 4.2% ABV Berliner Weisse style beer with passionfruit infusion and it has a bright and crisp finish that you’re tastebuds are definitely going to appreciate on those long, hot summer days. 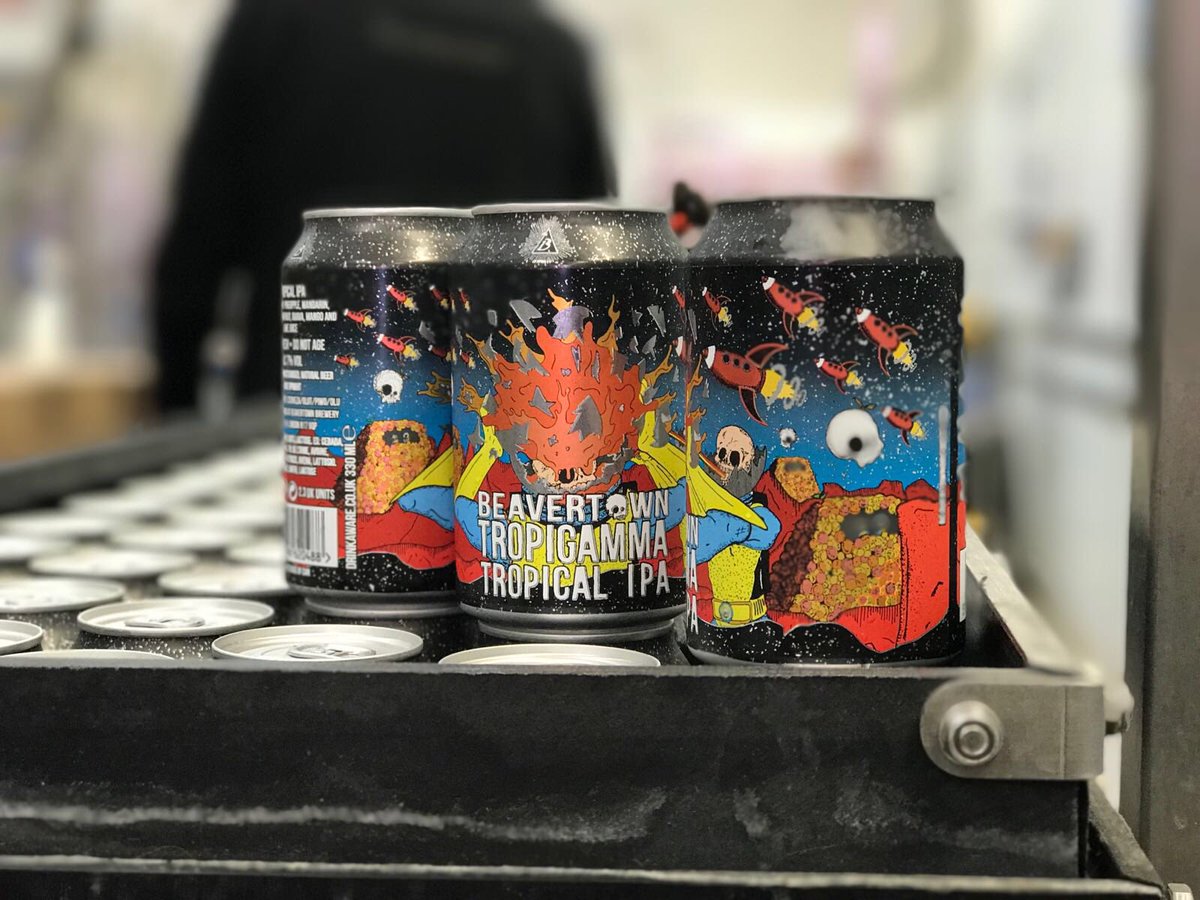 One of our favourite craft beer brewers here in the UK, Beavertown are perennial purveyors of some awesome seasonal ales and their Tropigamma Tropical IPA might just be one of their best to date and matches perfectly with the warm summer months. This thirst quenching IPA from Beavertown has a 7% ABV and is brewed with lactose, pineapple, mandarin, papaya, passionfruit, guava, mango and lime juice for a real fruity concoction that has to be tried. The vast array of tropical fruits combine with big bold hops on the nose to provide an unparalleled taste sensation. 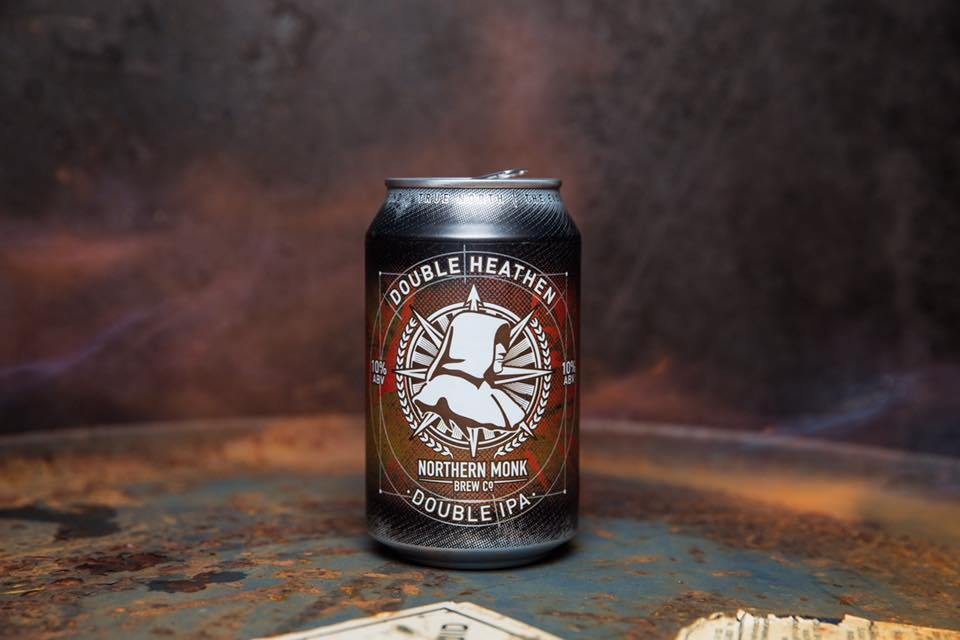 Leeds based, Northern Monk Brew Co, have some great sounding beers but it is their Heathen IPA that has caught our eye here at Coolector HQ and we’ll definitely be looking to sample some over the next few months. The Double Heathen IPA from Northern Monk Brew Co has a weighty 10% ABV so you’ll perhaps not want to be knocking back too many of these on a hot day but it’s a good finisher for the evening (perhaps in more ways than one). It has a simple base of British pale malt that is then coloured by small kettle additions of the brewer’s UK and US hops blend for a soft, fruity bitterness. 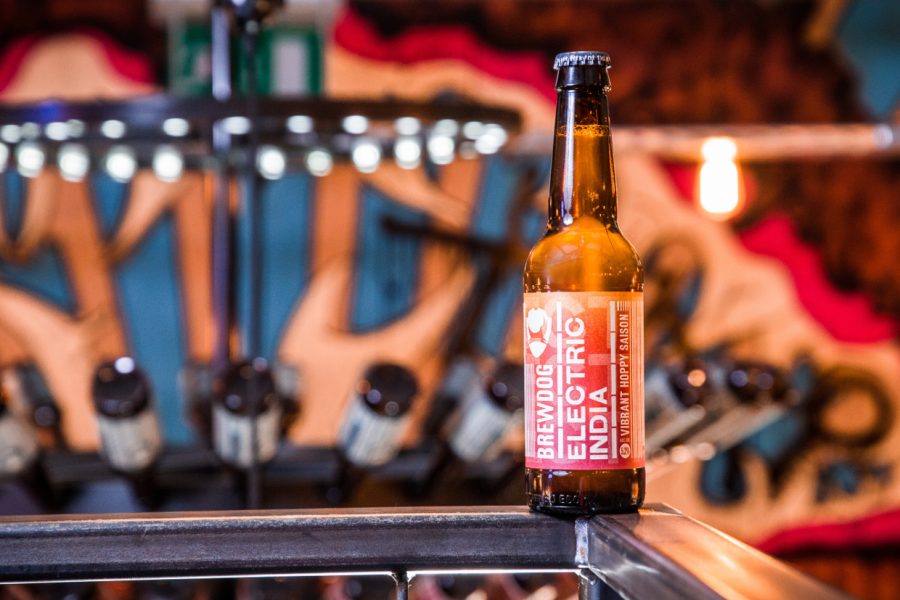 No craft beer list would be complete without an entry from Brewdog and it stands to reason we’ve gone for their summer seasonal ale, the Electric India Saison which is a vibrant, hoppy ale that goes down a treat throughout the warmer summer months. The Electric India from Brewdog is, perhaps, the best of both worlds so far as craft beer lovers are concerned as it welcomes the spicy notes of a Belgian saison and does a first rate job of commingling them with the punchy new world hops of an American IPA for an beer to remember.

Other Half Brewing Oat Overdose 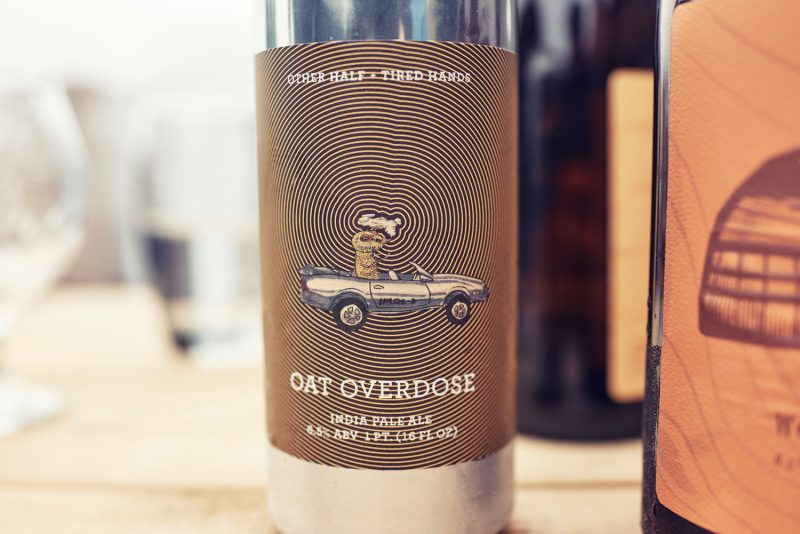 We’re not going to lie, we often choose which beer to drink based on the can alone here at Coolector HQ and this awesome looking Oat Overdose from Other Half Brewing, a Brooklyn based brewery, would definitely fall into that bracket. This great looking beer doesn’t disappoint in the taste department though you’ll be glad to hear and its 6.5% strength makes it one of those beers that will pack a taste punch but not leave you on the floor. It is brewed with a ton of oat malt, Pennsylvania Honey and a load of Nelson Sauvin, Galaxy, Azacca and Amarillo to craft a truly unusual craft beer that is too good to miss this summer.

See More: Other Half Brewing

Written By
Leo Davie
More from Leo Davie
Now that summer is here and the temperatures are starting to soar, a...
Read More