Art is supposed to stop you in your tracks, draw the eye and be divisive and, it’s fair to say, these are all qualities that are inherent in the gruesome but mesmerising series of so-called Die-O-Ramas by American artist, Abigail Goldman, which will shortly be exhibited in the Spoke Art Gallery in San Francisco. 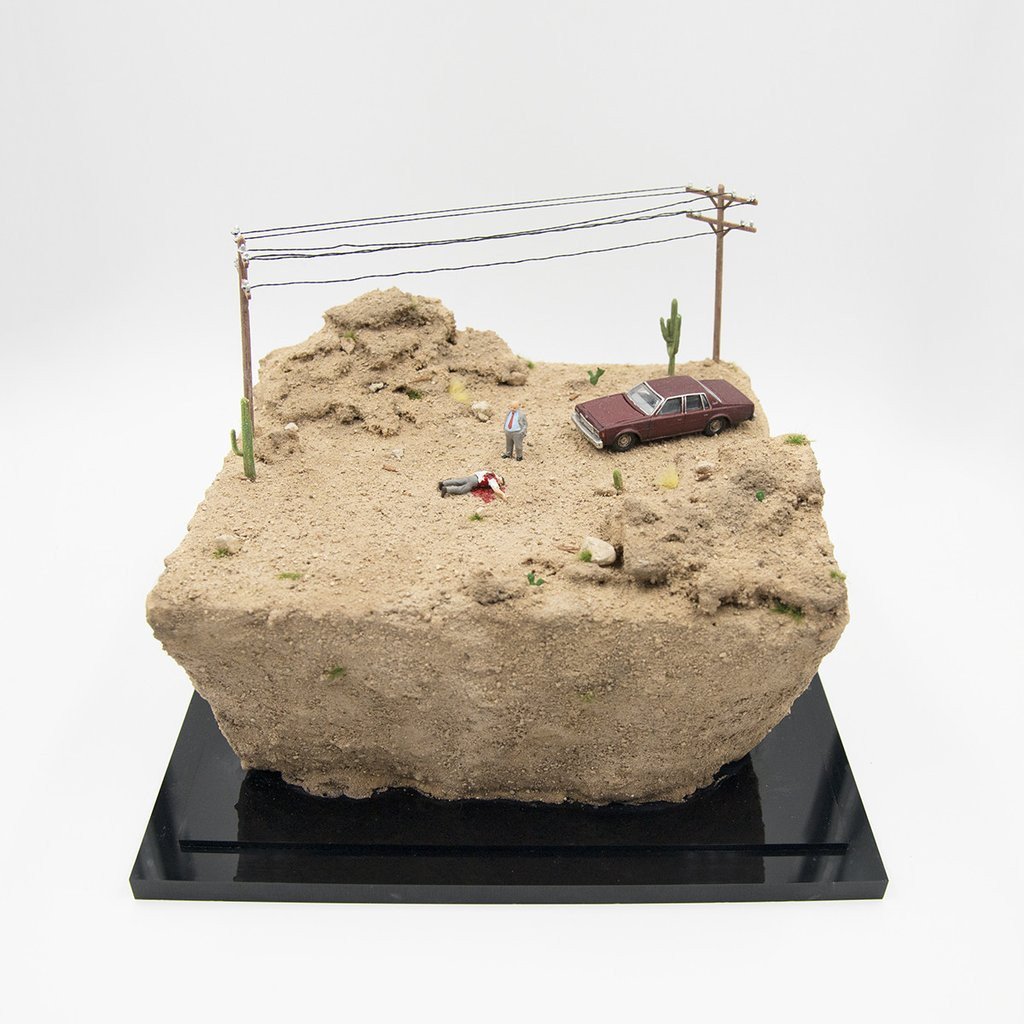 Abigail Goldman has previously worked as a newspaper reporter and an investigator for the Federal Public Defender in Las Vegas so chances are that some of these grisly Die-O-Ramas are based on cases she may have seen. Currently working out of Bellingham, Washington, Goldman has created some eye-opening artwork that is sure to turn heads and get people talking.

The various different scenes set up by Abigail Goldman are not for the feint-hearted and will churn the stomach. Some look like a murder spot before the CSI teams turn up with others depicting the heinous acts still in progress but all are meticulously well made and painstakingly detailed. Whilst artwork depicting grisly murders may well not be everyone’s cup of tea, it’s definitely captured our imagination here at Coolector HQ and we’re sure there will be plenty of Dexter and CSI aficionados out there who would love to have one of these amazing Die-O-Ramas taking pride of place in their workspace. 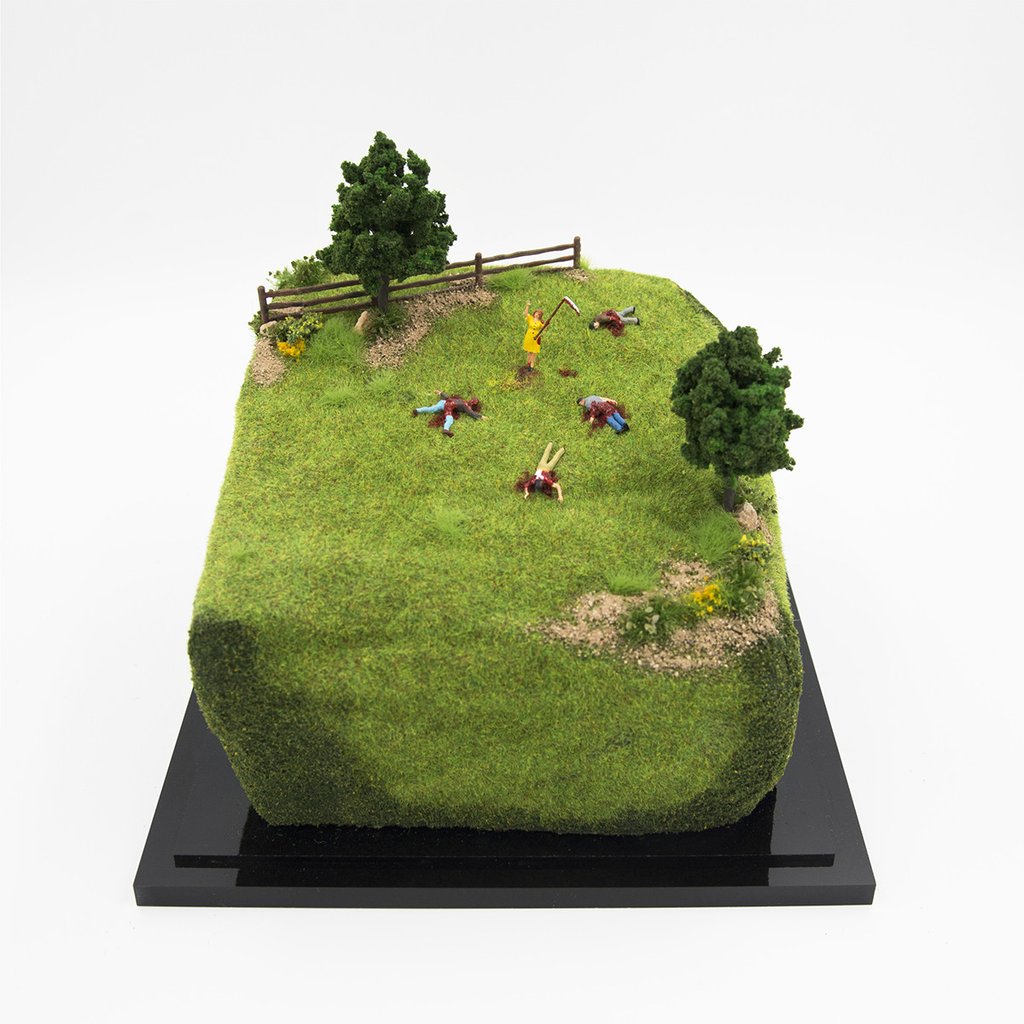 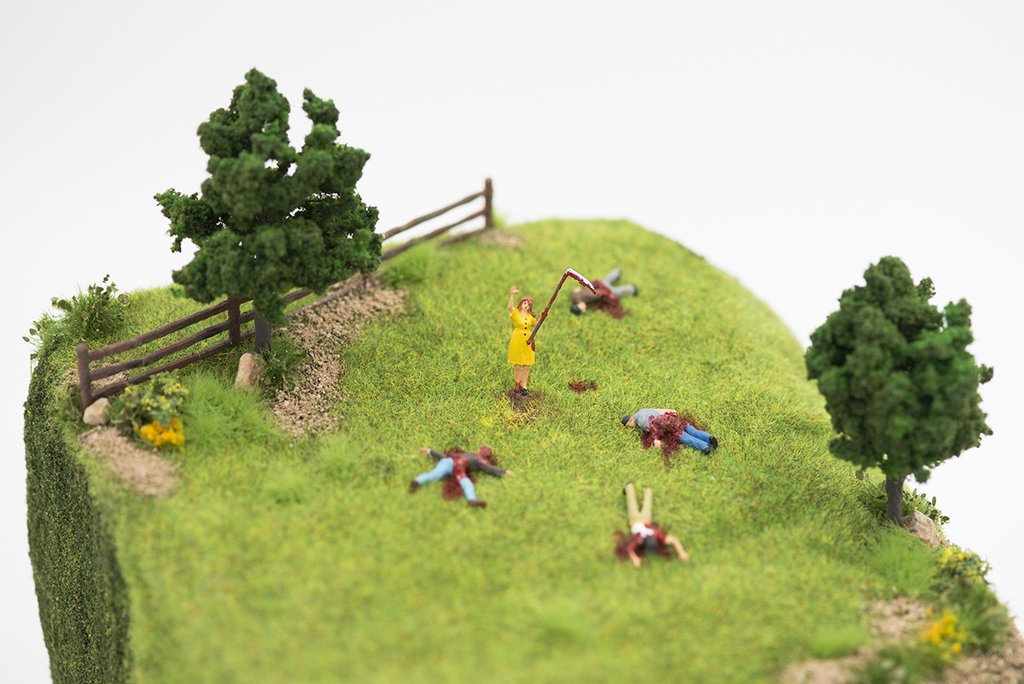 Goldman’s work has been represented in the likes of L.A Times, NPR and Huffington Post and always attracts attention wherever it is displayed for obvious reasons. For those of you who like your artwork to make a statement then this will definitely tick all of the right boxes and delivers a real visual punch to the gut that leaves a lasting impression. 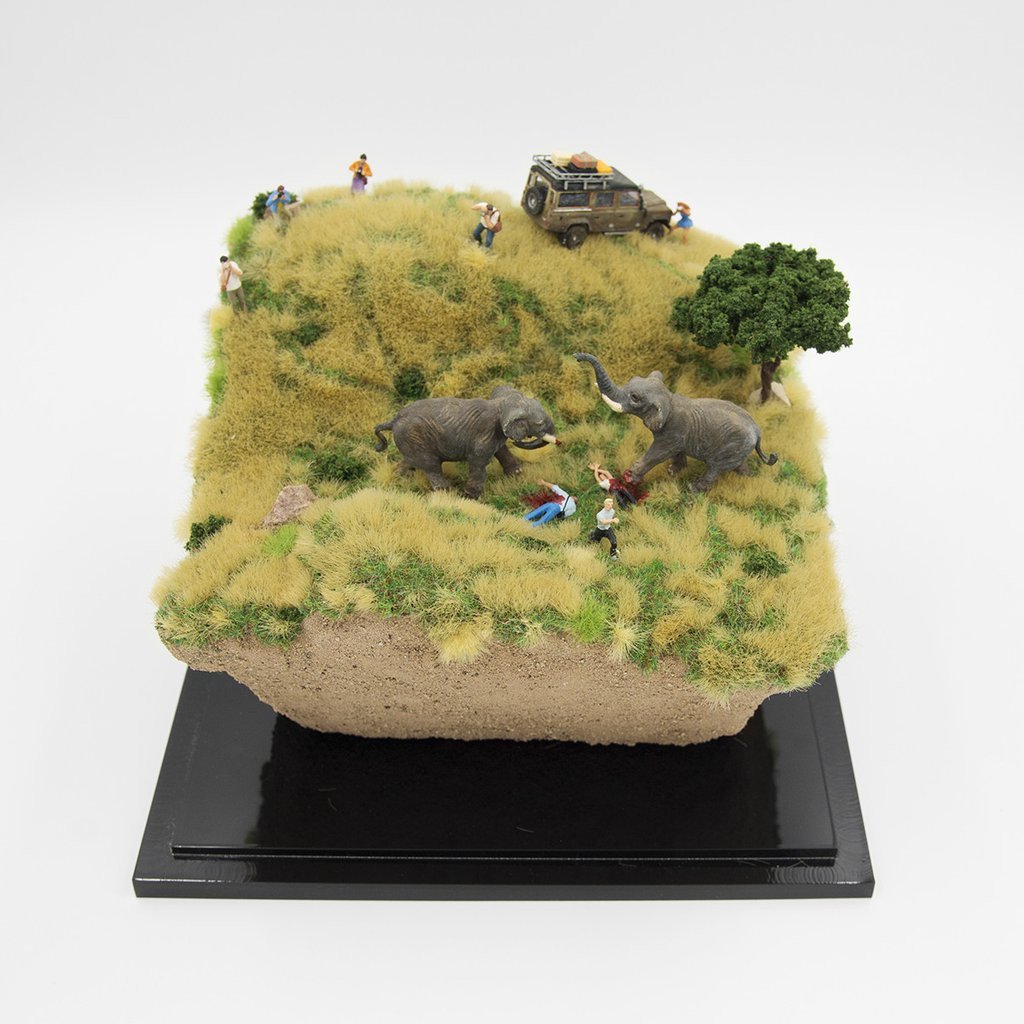 Artwork literally comes in all shapes and sizes but it’s fair to say that it’s not everyday that you come across pieces like these amazing Die-O-Ramas by Abigail Goldman. Not for the squeamish but perfectly suited for those who like their artwork to deliver in the shock department, we dare say there will be plenty of interest when this first class collection is exhibited at the Spoke Art Gallery later this month.

Each piece is crafted from assorted plastics and acrylic paints to create the visual impact of an all too real murder scene that takes in motels, farmland, deserts, shops and homes to name but a few and whilst the murder may not be immediately clear in some, it is all too apparent in others. 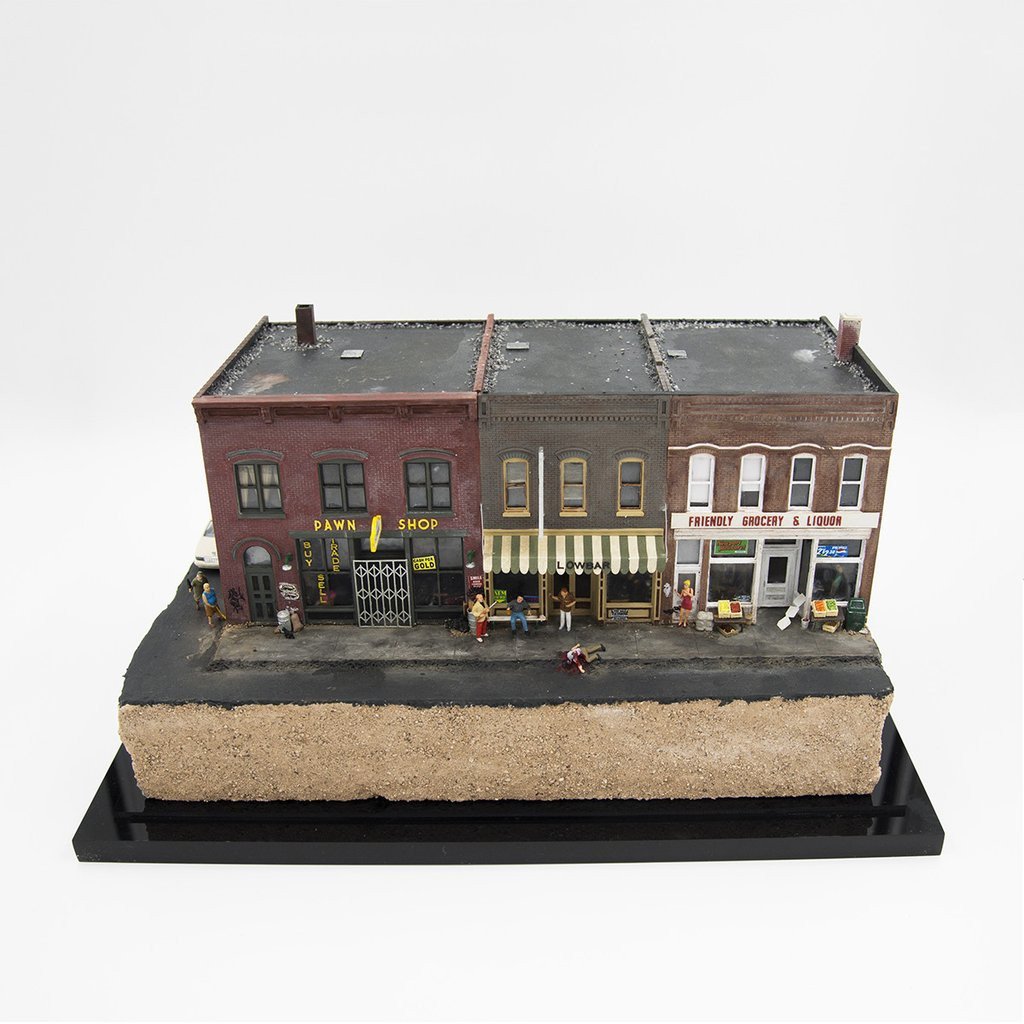 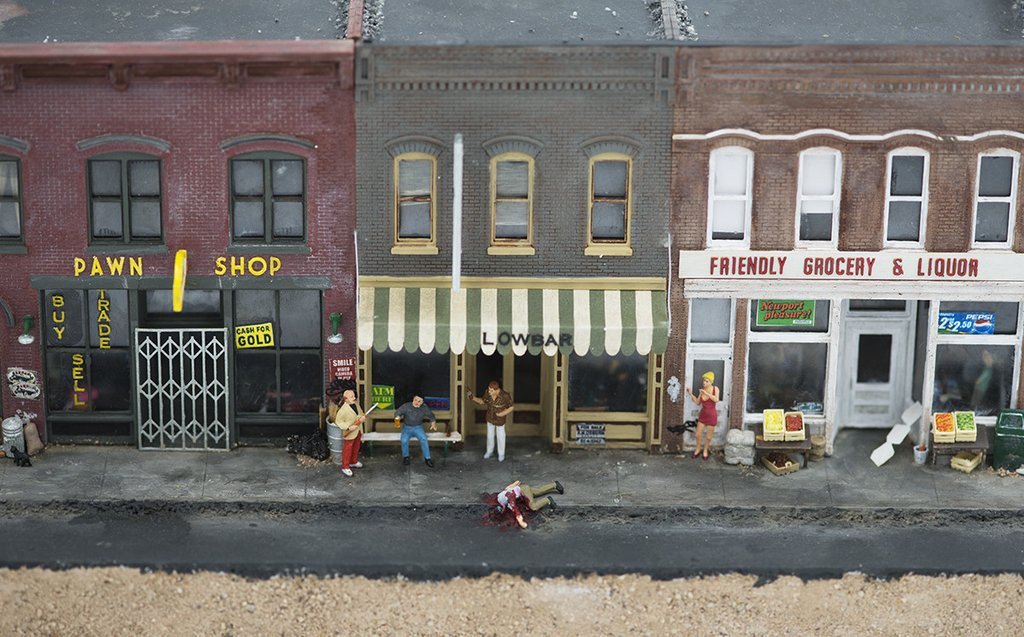 We love well made artwork like these fantastic Die-O-Ramas from Abigail Goldman here at Coolector HQ and the fact that there are so many different ones to choose from is mighty impressive. If you’re in the mood for the macabre with your artwork choices this month, heading to the Spoke Art Gallery and checking out this superb series of meticulously crafted pieces seems like the logical choice.