This January sees the release of the Air Jordan VIII retro BG ‘Take Flight’. Coming in a sequoia green, black and max orange colourway, this version of the Jordan icon is inspired by the MA-1 flight bomber jacket and one of its original colour schemes. 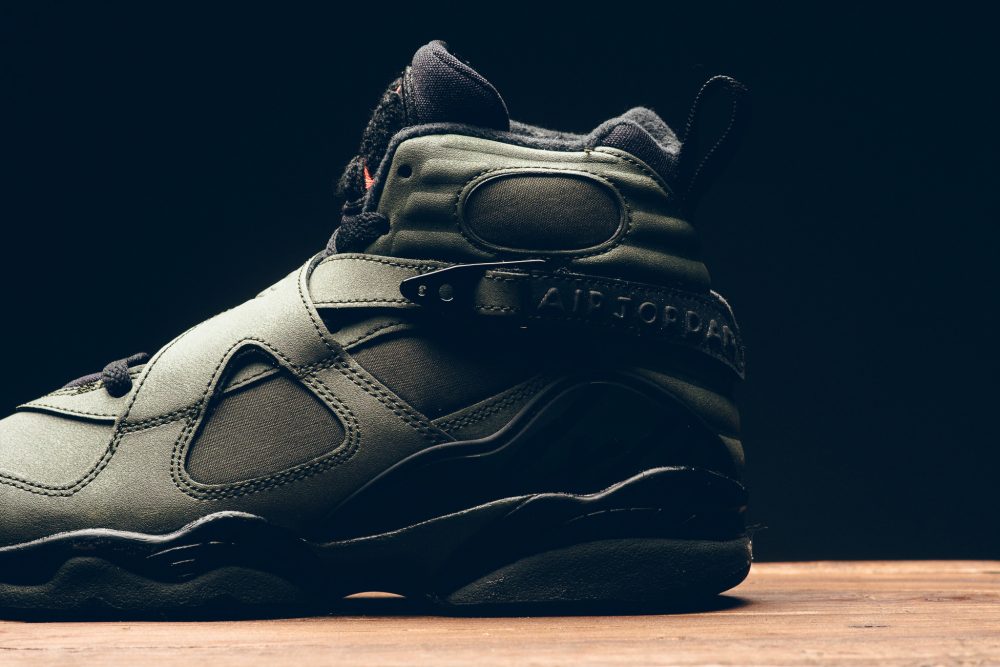 A legend in aviation, the MA-1 Flight Jacket was developed at a time when heavy leather, fleece lined jackets ruled the skies in the cockpit. When released to USAF pilots, it set a new standard in military gear performance and broke away from manufacturing traditions. Lightweight, insulating, comfortable and now a style icon, the original bomber mirrors the same spirit within the Air Jordan 8.

Designed by Nike’s genius Tinker Hatfield, what he gave MJ was a high-tech performance sneaker built to win trophies. It helped MJ dominate the courts and his rivals in the 92-93 NBA season to become a legend in the sneaker game. 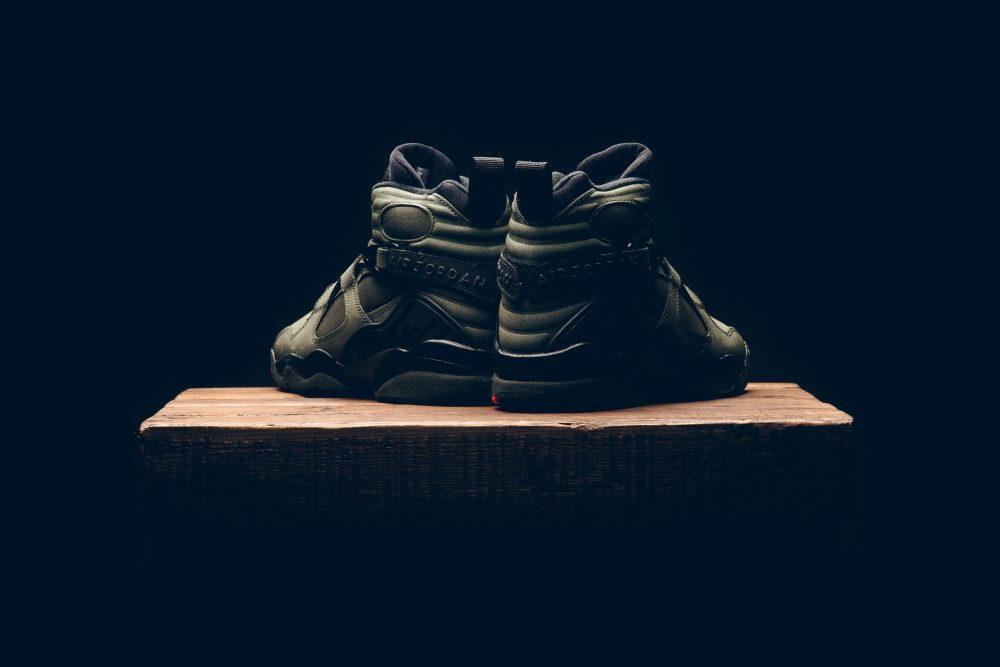 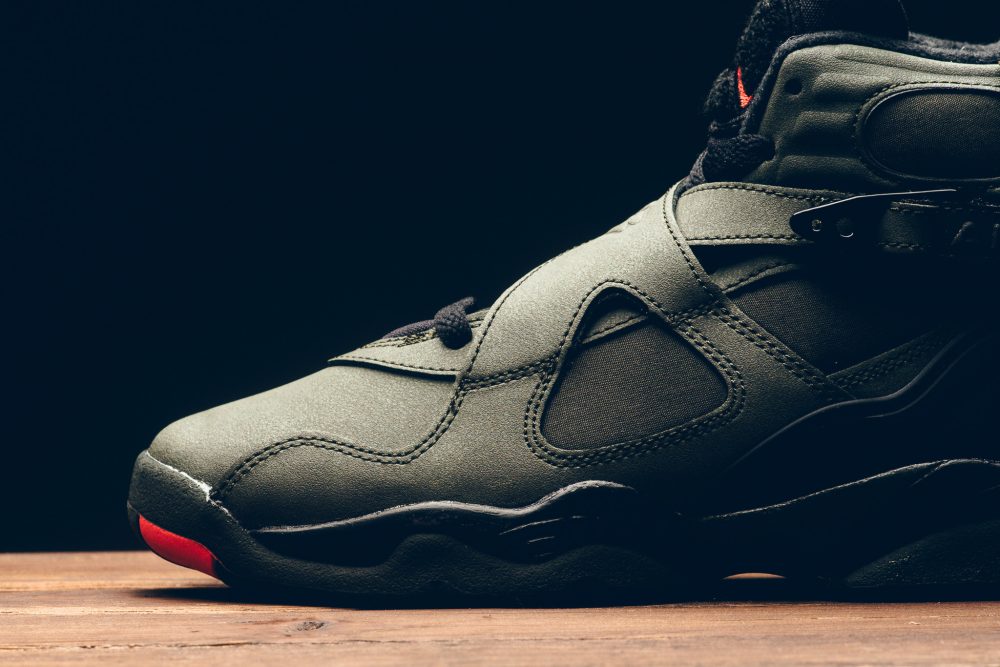 It was also the silhouette that brought Michael Jordan his third championship ring in his first three-peat success with the Chicago Bulls. The Air Jordan 8 Retro BG ‘Take Flight’ features the military ‘sequoia’ green on the main upper. Neoprene panels add to the aesthetics, which marks the first time the material is used on this model. 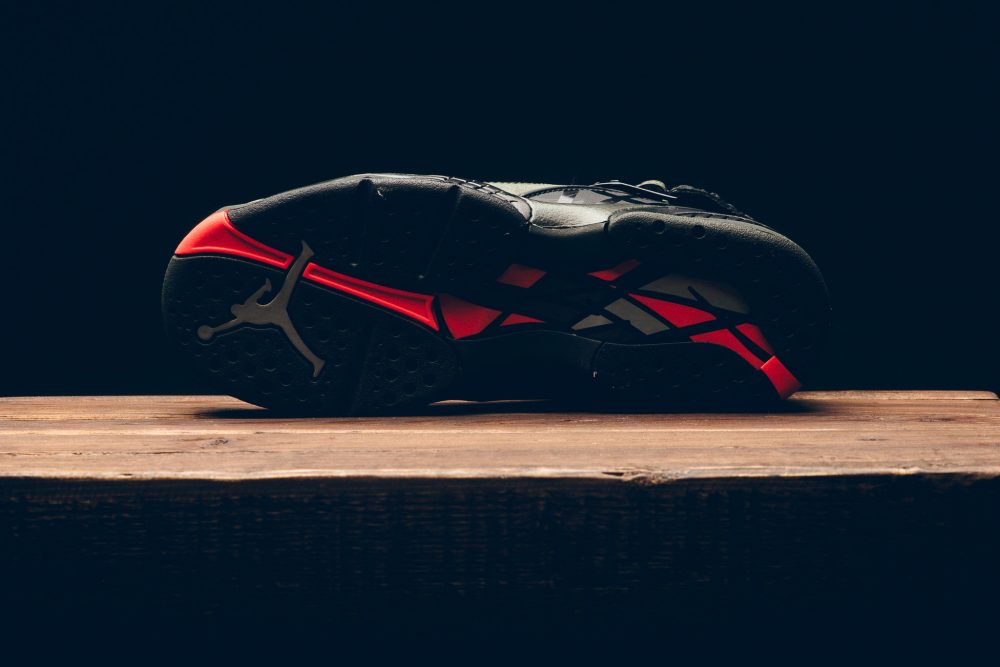 The black midsole is coupled with a matching black tongue and punctuated by the max orange Jumpman logo and accents on the sole which makes this edition of the Air Jordan VIII a candidate to be one the most popular releases of 2017.

A nod to a classic inspiring another classic that are both made to be in the air. It could yet be a match that elevates the status of both legends even higher. If you’re a fan of retro style sneakers and have an affinity with the Nike brand, this is exactly the sort of creation you’re likely to appreciate and it’s fair to say we’re big fans of the aesthetics here at Coolector HQ. 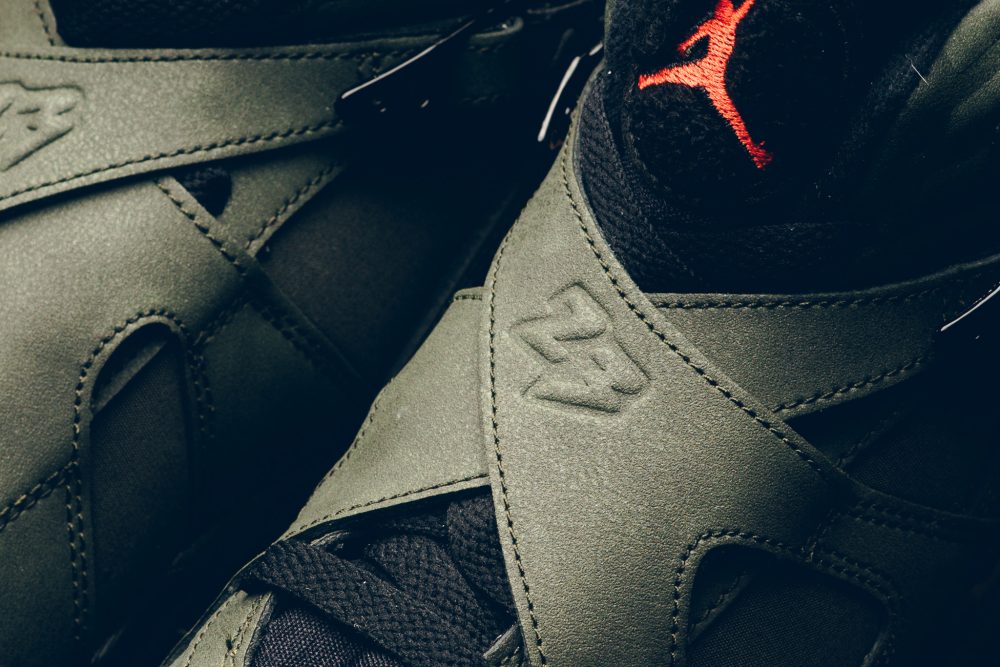 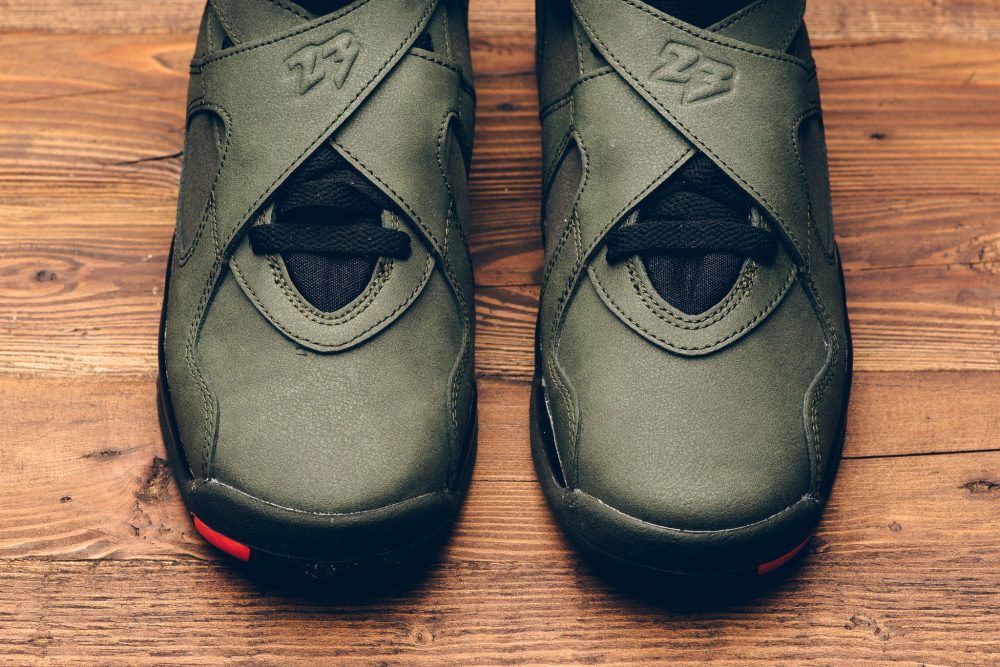 The Air Jordan 8 Retro BG Take Flight Sneakers may not be everyone’s idea of the sort of footwear they like to wear day in, day out but if you’ve got a vintage vibe and appreciate style and comfort, there is much to appreciate here and you can add us to the list of admirers here at The Coolector.