There aren’t many brands better than the guys at Bomber & Co when it comes to uncompromising pieces of EDC in the shape of pocket knives and their latest Kickstarter project might just be their finest and most impressive to date. The Bomber & Co BLITZ Mini Tactical Pocket Knife now comes in a straight edge edition and it has taken the crowdfunding platform by storm and, considering the immense functionality of the accessory, it’s not hard to see why.

The Bomber & Co BLITZ Mini Tactical Pocket Knife on Kickstarter is billed as the last piece of EDC that you’ll need to complete any line up and it is available for just $50 during the campaign. It measures a mere 3.7 inches and it is crafted from a mighty robust and hard-wearing 440Carbon Black stainless steel for the sort of no-nonsense performance that today’s contemporary man will demand.

Listening to the backers of previous campaigns, Bomber & Co have released this straight edge edition of their uber popular BLITZ Mini Tactical Pocket Knife and the end design came off the back of 1,000 surveys from 22,000 original backers and over 10,000 data points which were analysed to create the World’s First “Crowd-Designed” Project. Taking its design inspiration from the  notorious B-2 Stealth Bomber military aircraft which is notably one of the most advanced warplanes in history. Nearly 80 percent of the aircraft is crafted from woven composites that incorporated glass, carbon, and graphite fibres. Made of 440Carbon Black Stainless Steel, the BLITZ is a slightly bigger and slightly beefier. 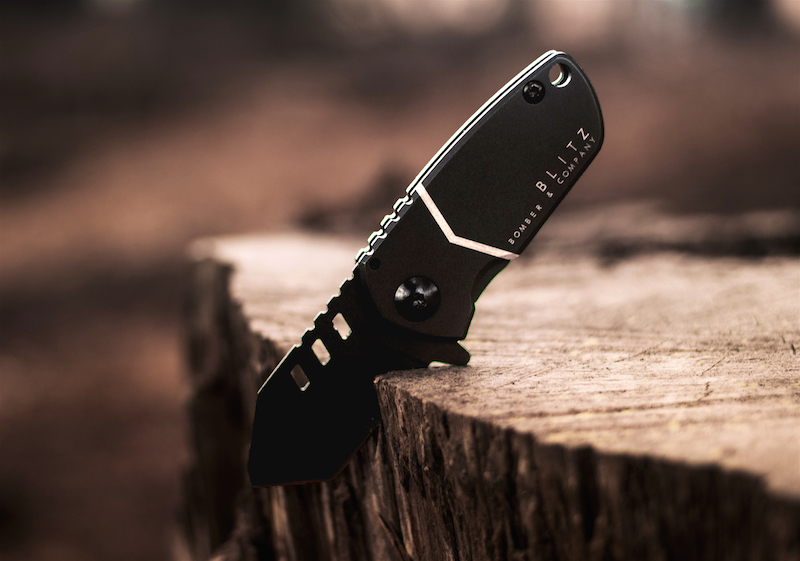 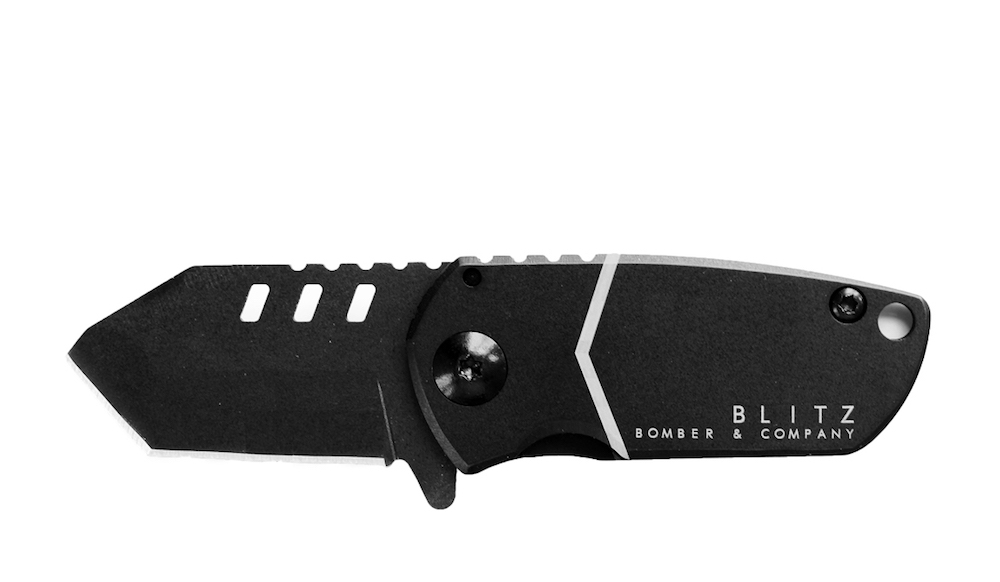 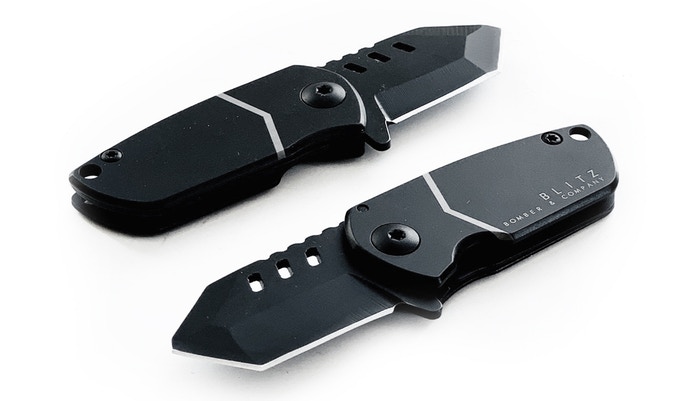 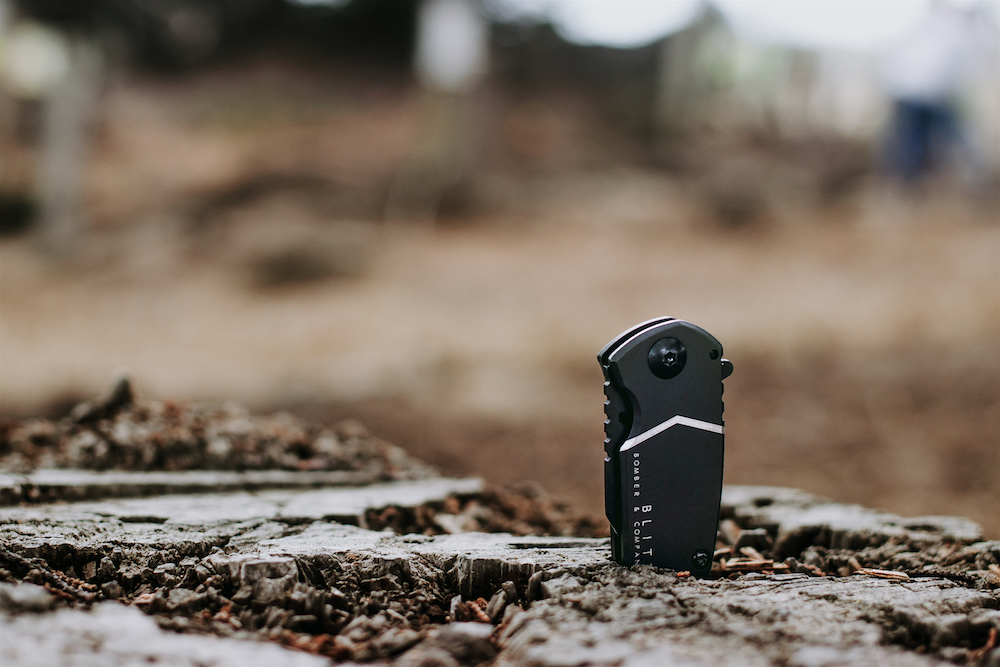 The Bomber & Co BLITZ Mini Tactical Pocket Knife is meant to be a chubby style knife. It’s has a wider than a normal proportion of a standard knife. The benefit of this is that it allows the BLITZ pocket knife to be more robust and stronger in those situations that require the use of force. It also gives a more ergonomically friendly finish and stronger grip to the user’s hold. The blade has a high point with a flat grind, which leads to a strong point that is perfect for impacting hard materials. The thick point of the tanto blade has a lot of metal near the tip to absorb the impact from repeated piercing that would cause most other knives to break.

With the entire body and blade of the Blitz made from 440Carbon Black Stainless Steel which makes it one of the strongest pocket knives ever created by mankind, it’s easy to see why it has proven so popular over on Kickstarter. It is rated at 58-60HRC (Rockwell Hardness Scale) so the BLITZ is extremely robust and will stay sharp for longer periods of use. 440C is a highly durable and corrosion resistant stainless steel so you’re getting a high quality pocket knife for just $50 during this Kickstarter.

The Bomber & Co Blitz Mini Tactical Pocket Knife is engineered to hold durability and functionality to the standard of military-grade equipment and Vincent Pilot Ng (Lead Designer) has had over 10 years of professional experience in product design and it really shines through in the quality of this cracking piece of EDC. Designed to be suitable for beginners as well as intermediate knife experts, the lock is a lever rather than a push button. You can actually use the spine to scrape flint without the worry of it coming around when the blade is locked. This makes the knife design much more robust than traditional smaller blades which are just folding. 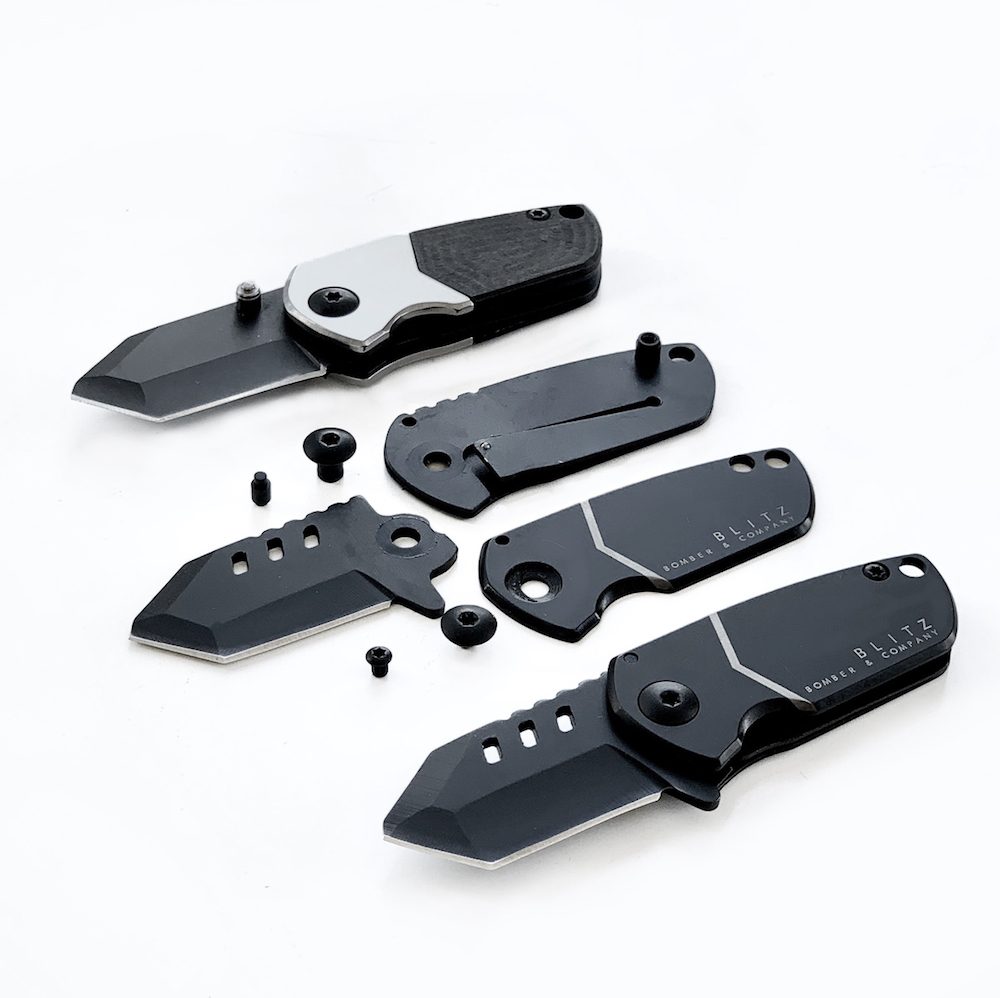 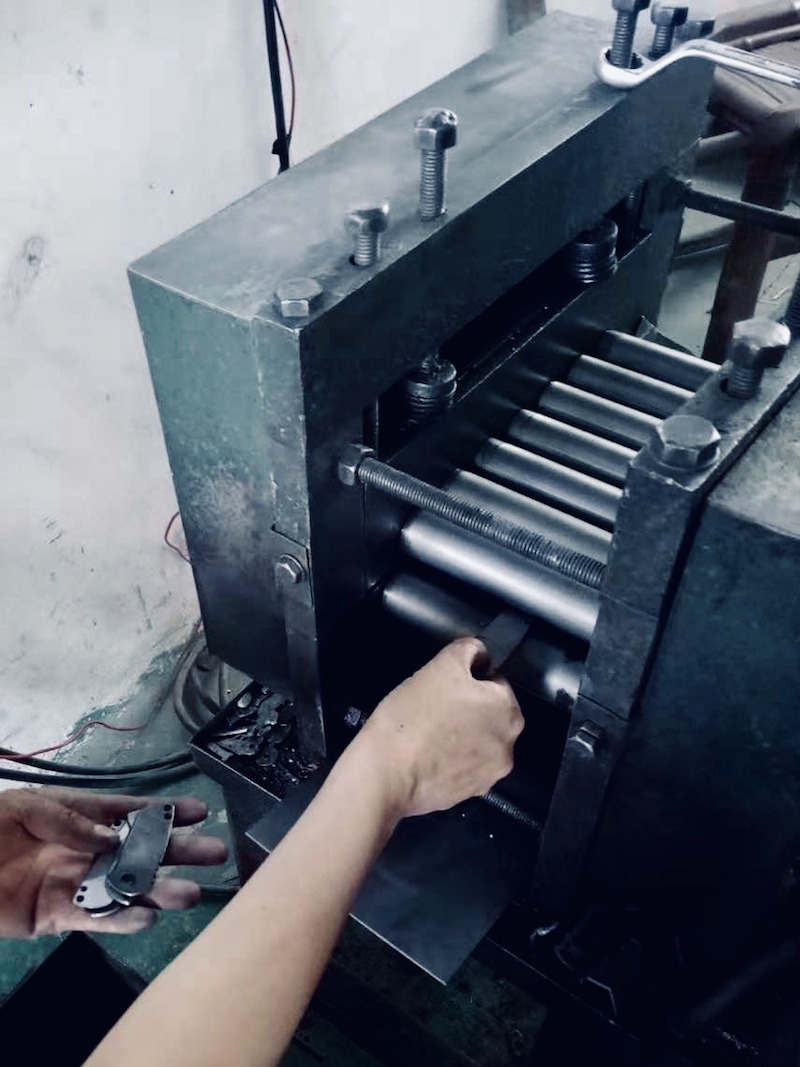 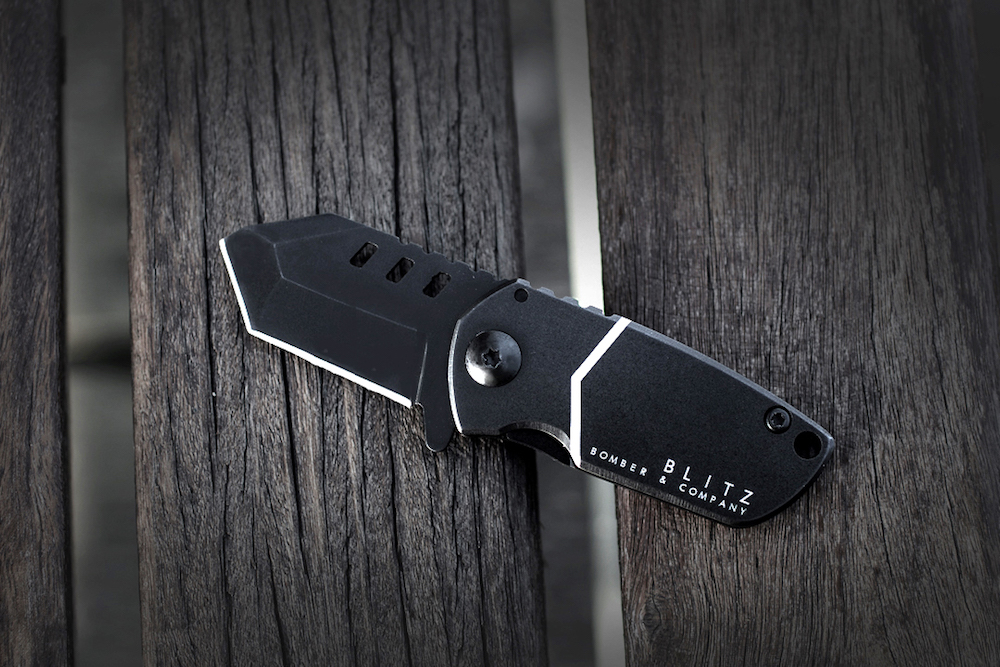 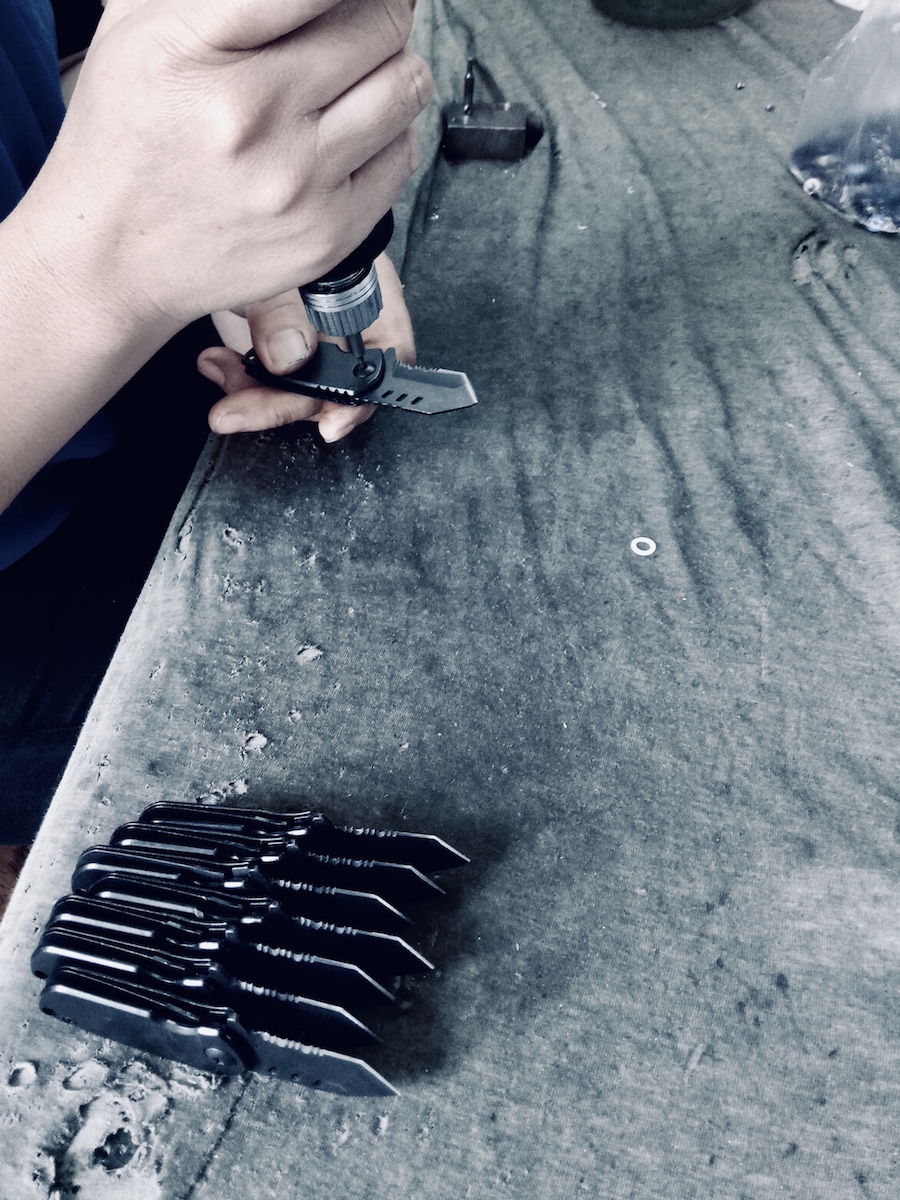 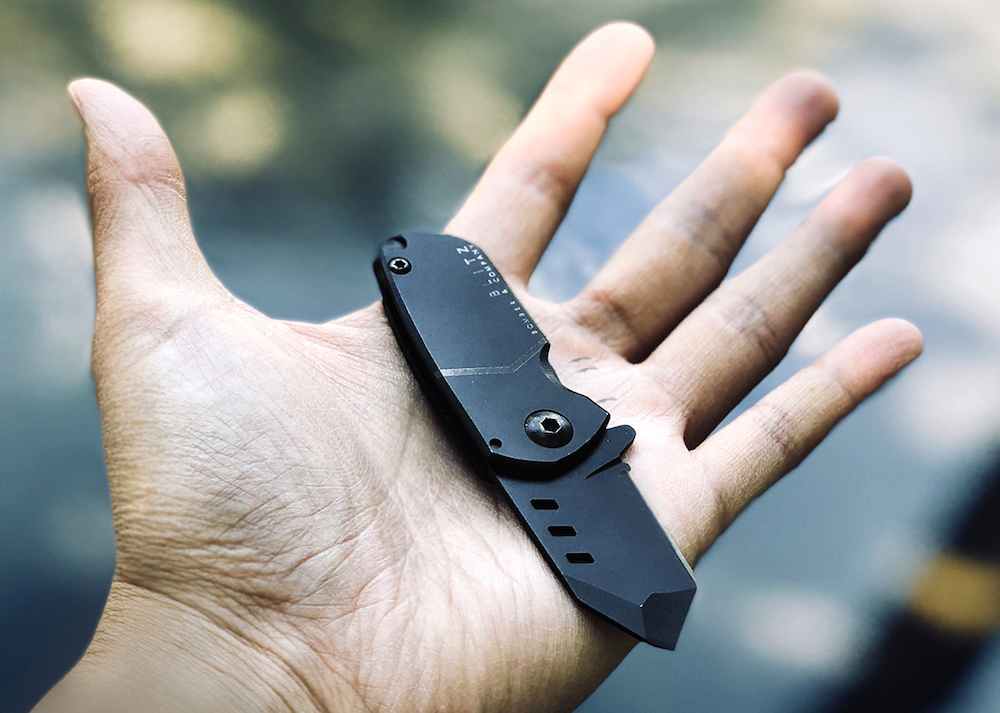 Kickstarter is home to some excellent pieces of EDC but not many quite as impressive as this Bomber & Co BLITZ Mini Tactical Pocket Knife which can be yours for as little as $50 during this campaign. If you’re looking for an extremely durable and versatile pocket knife to add to your EDC line up, you’ll find none better than this.