Truth be told, if you want to get us to notice an architecture project here at Coolector HQ, a good start would be to include a dog in the architecture photography as that certainly did the trick with this majestic looking property called Casa La Quinta in Mexico, which boasts a rather impressive looking four legged resident that goes perfectly with the muted tones and understated aesthetic of this stunning property. 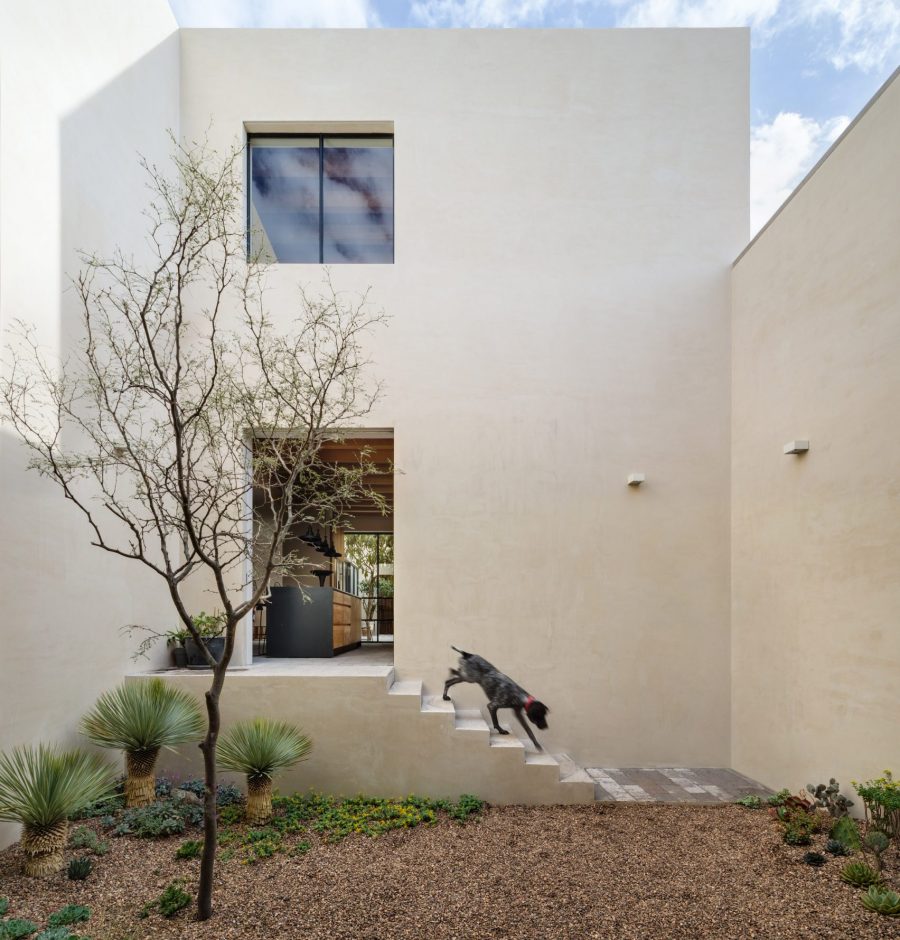 The Casa La Quinta in the San Miguel de Allende region of Mexico is a spectacular piece of architectural design from Mexico City-based architects Pérez Palacios and Alfonso de la Concha Rojas and it was conceived for a retired couple who wanted a space to relax and unwind in their retirement. This exemplary piece of design boasts three patios and a most striking indoor swimming pool which combine to make a serene home to enjoy the hot Mexican climate.

When one of the focal points of the design process is a hammock, you know a property is built with relaxation in mind and that’s exactly what you get with Casa La Quinta from Pérez Palacios and Alfonso de la Concha Rojas. The design of this home is made all the more impressive when you consider that the property is hemmed in by neighbouring properties that surround it but despite this, there is still an overwhelming sense of space to Casa La Quinta and it feels like you’re in the middle of nowhere when relaxing in the suspended hammock over the outdoor pool. 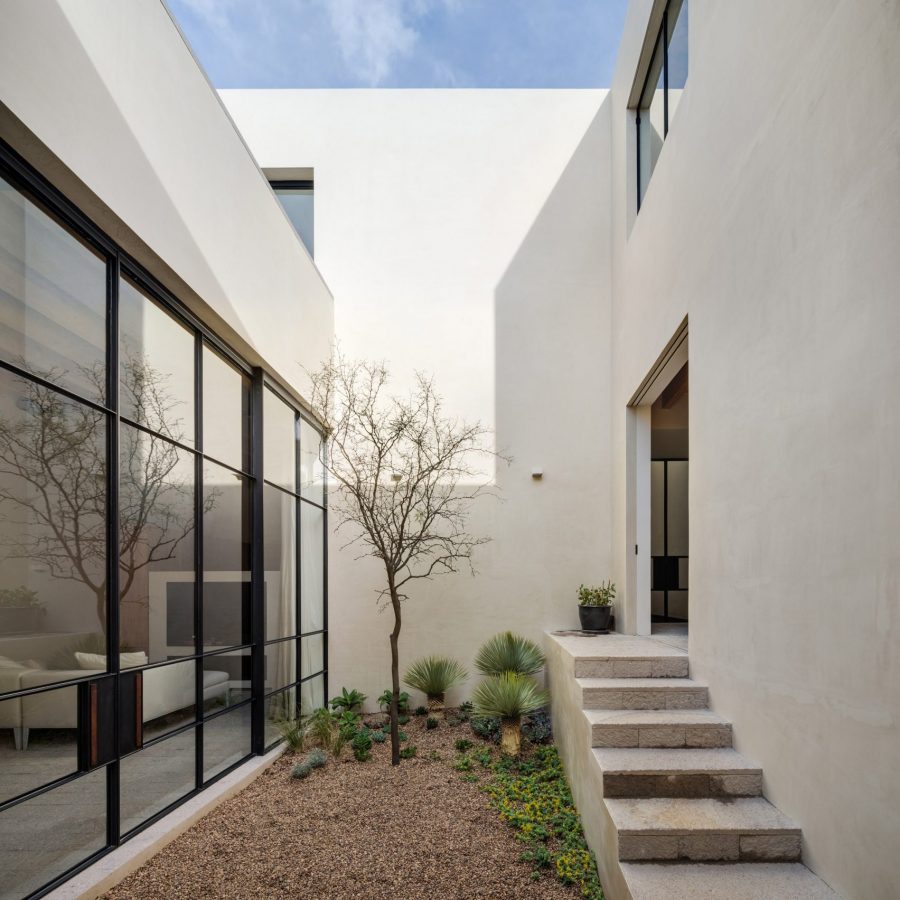 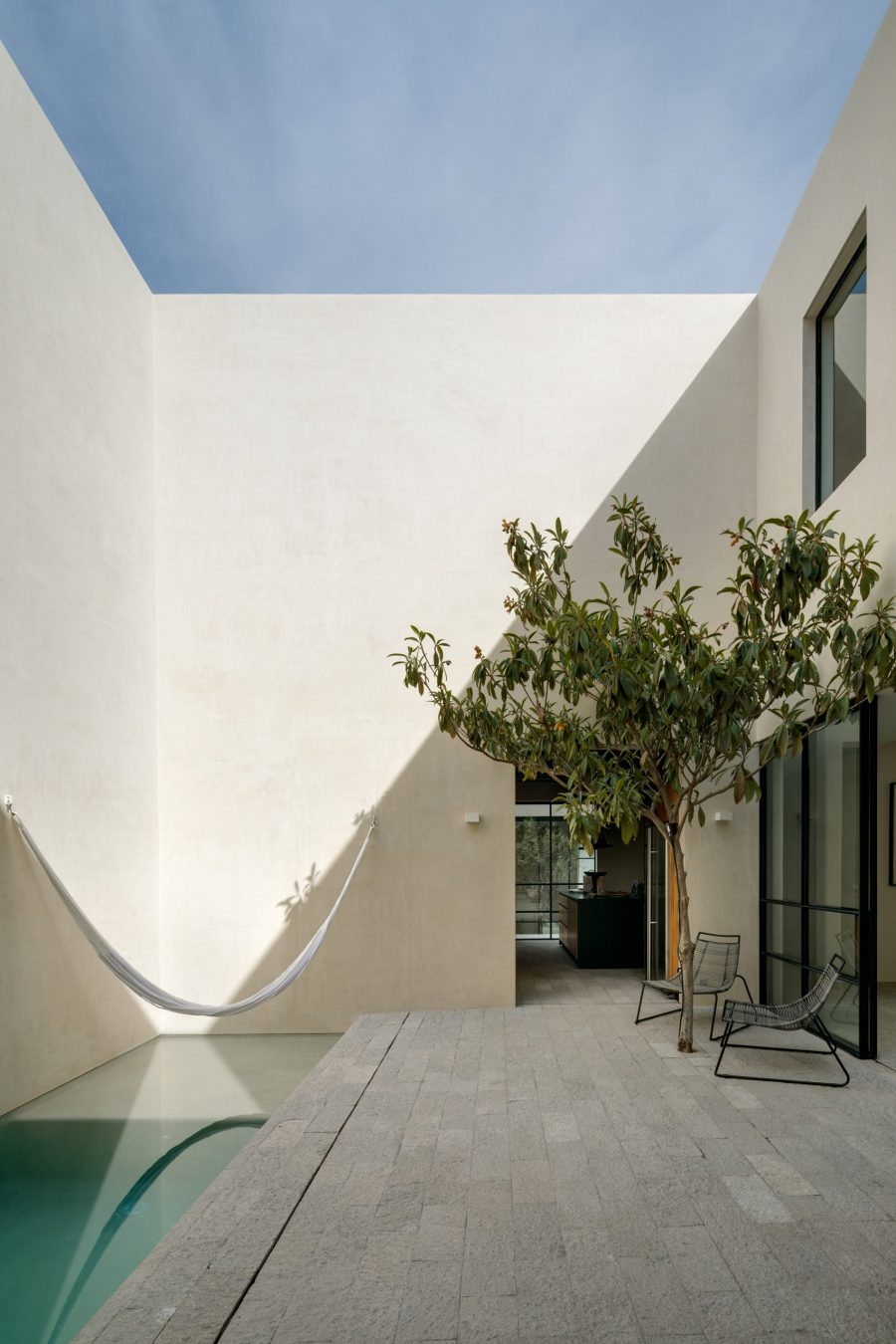 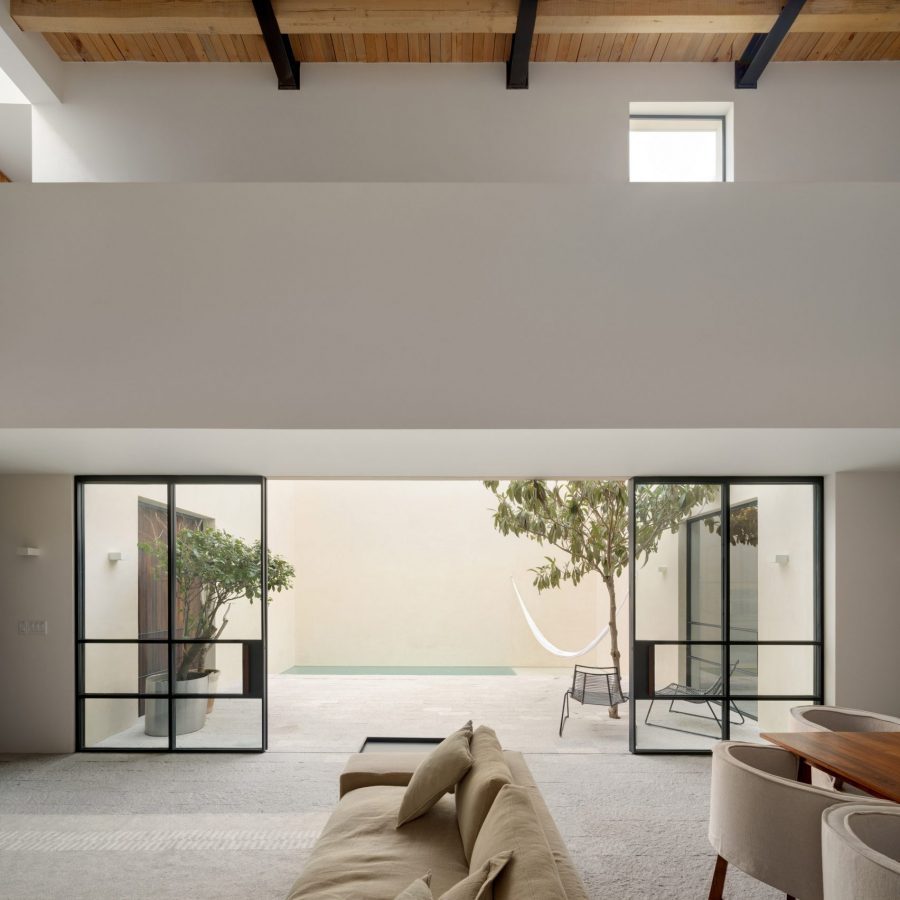 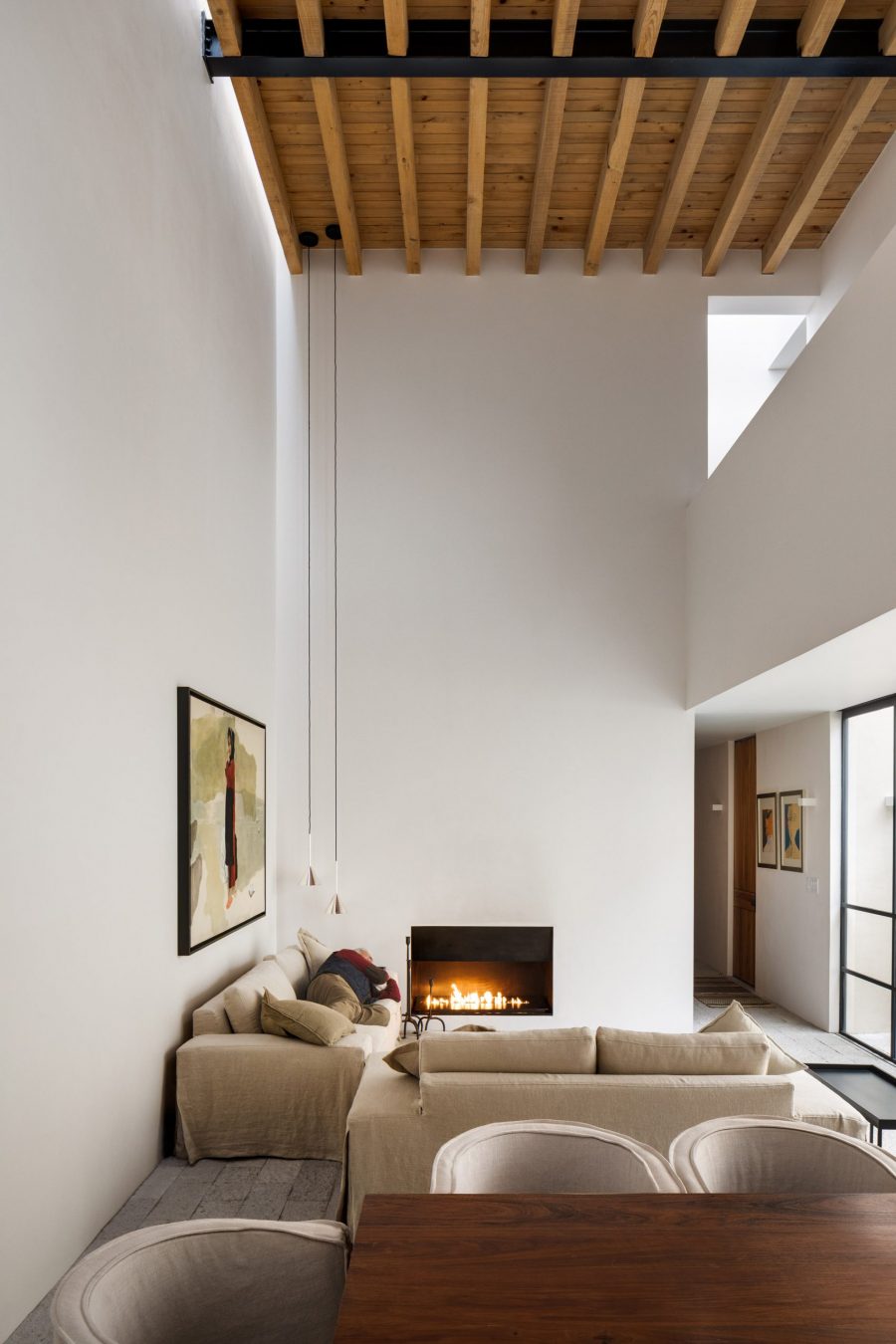 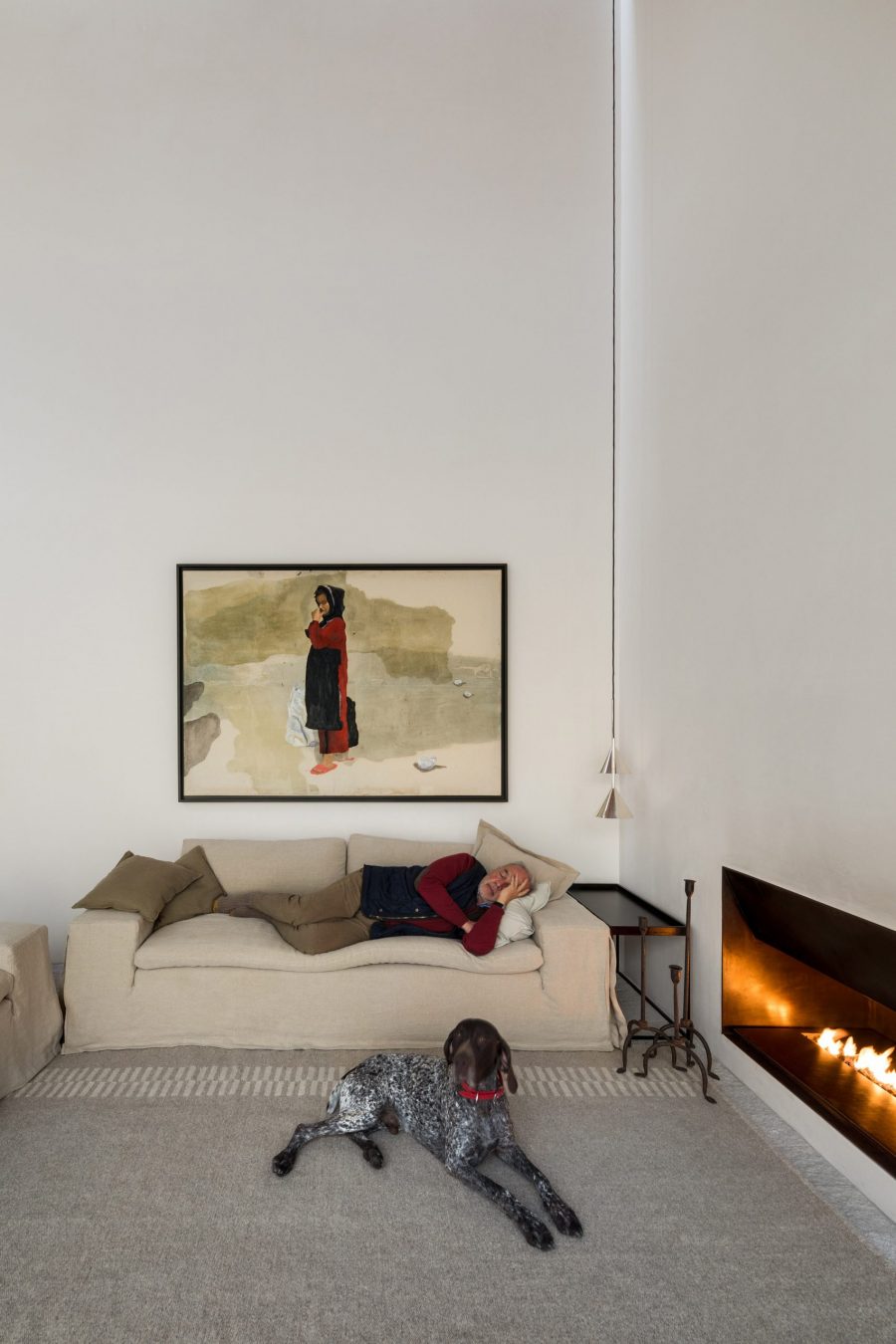 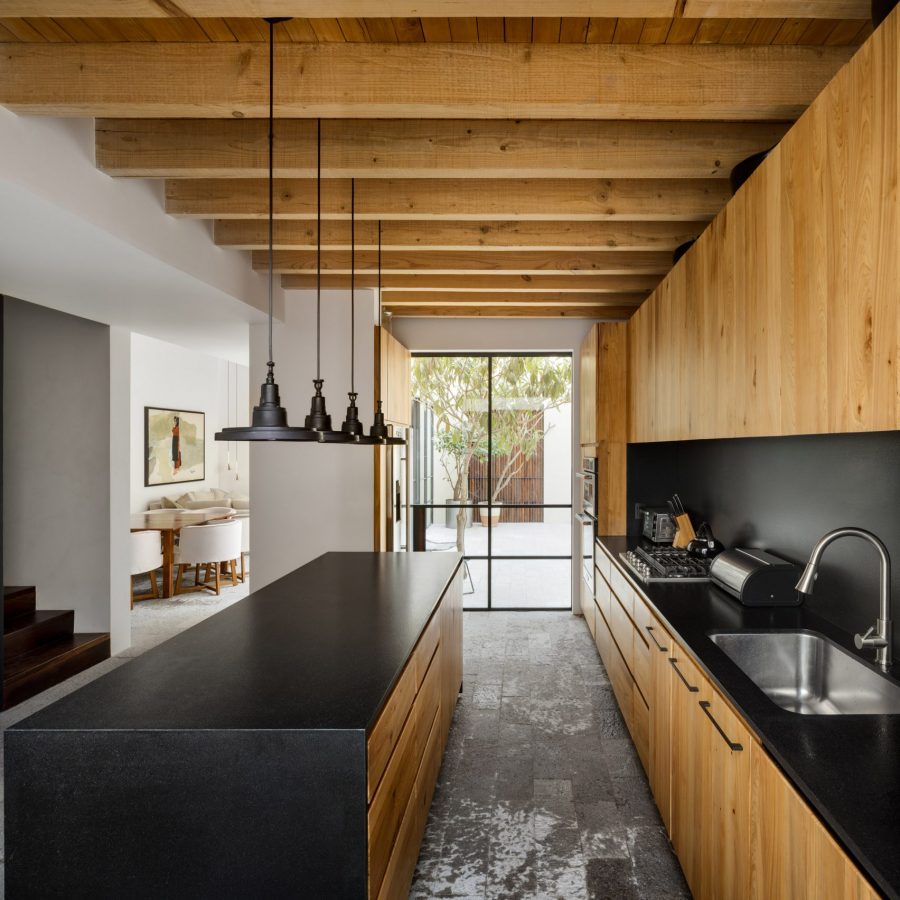 In order to overcome the fact that Casa La Quinta was surrounded by neighbouring properties, the architects, Pérez Palacios and Alfonso de la Concha Rojas, arranged the 350-square-metre house around three separate courtyards which was carefully designed in order to provide the residents with access to a private and relaxing outdoor space where they could head when they wanted to relax and unwind. The swimming pool and hammock are situated in the largest of the three courtyards and located in the centre of the property. 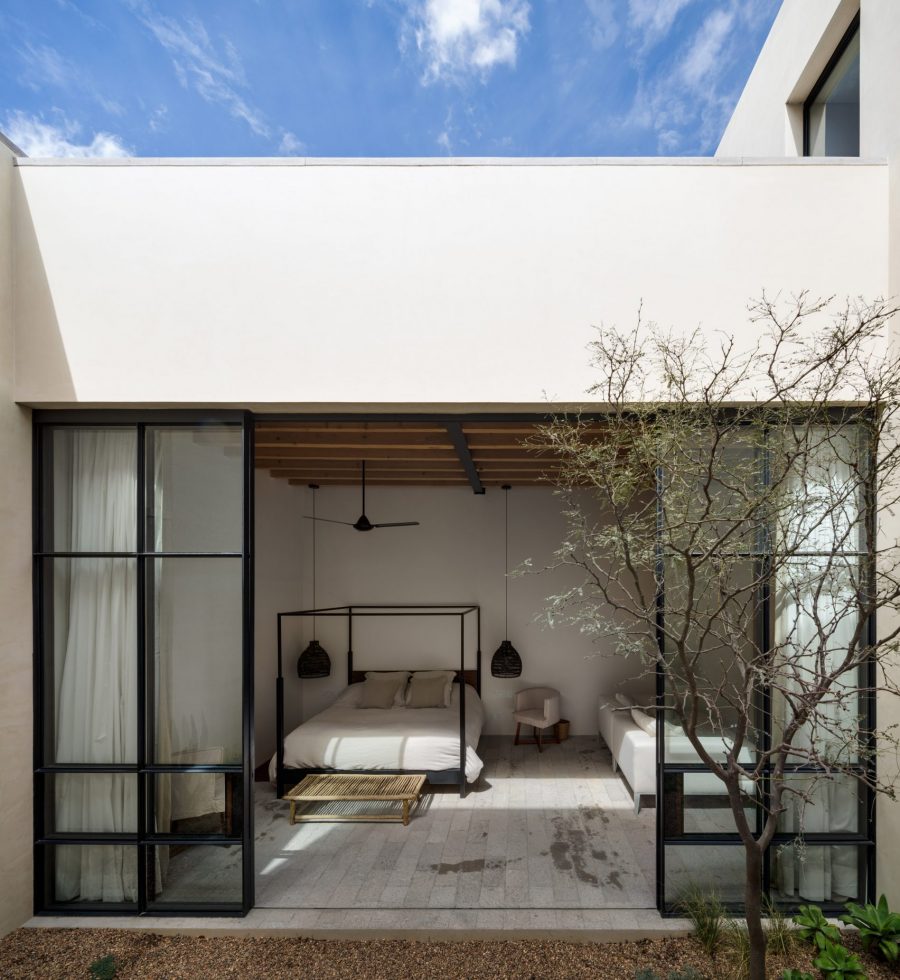 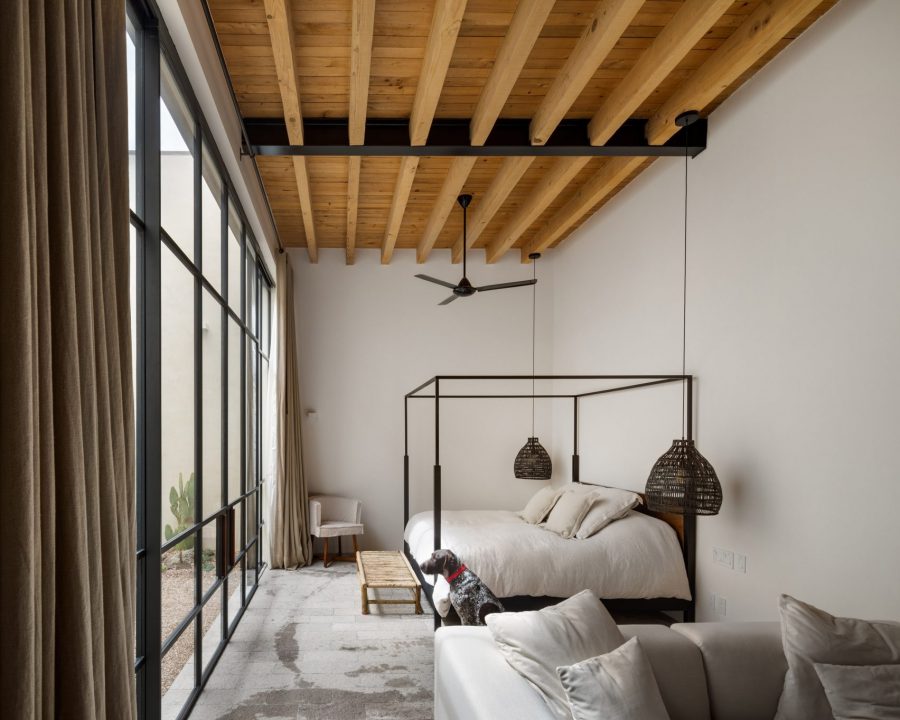 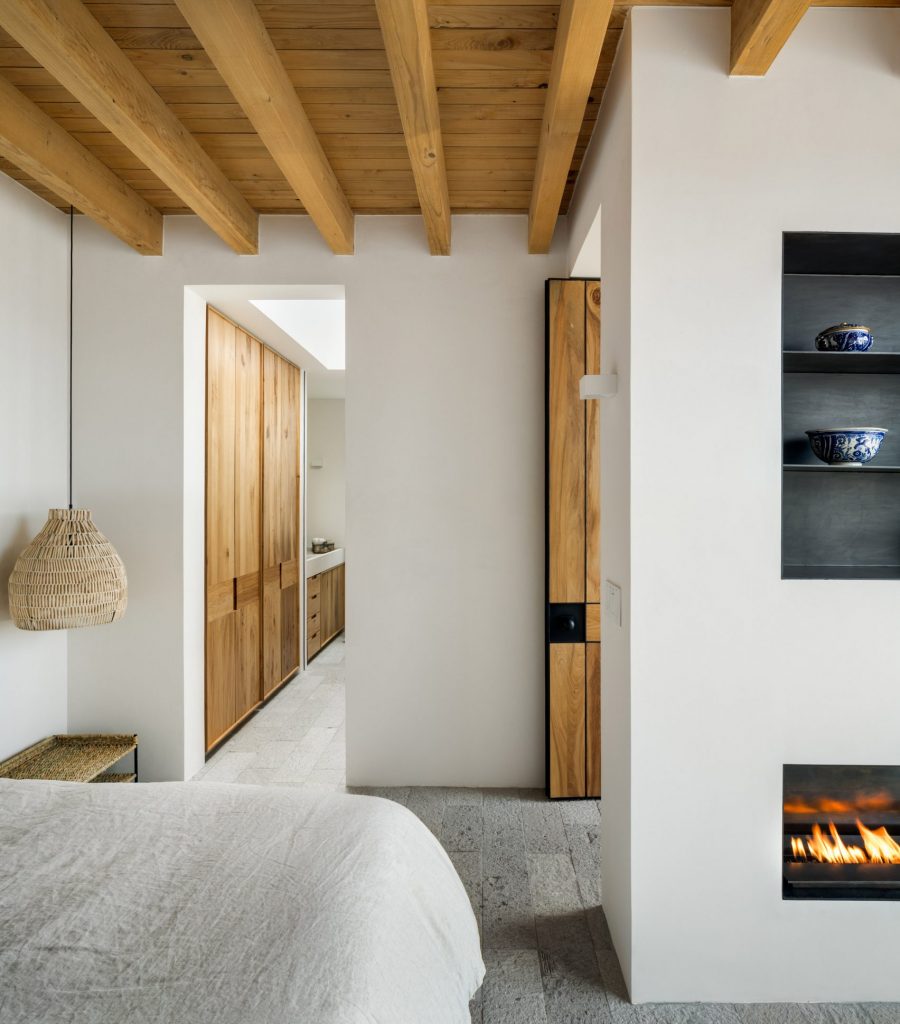 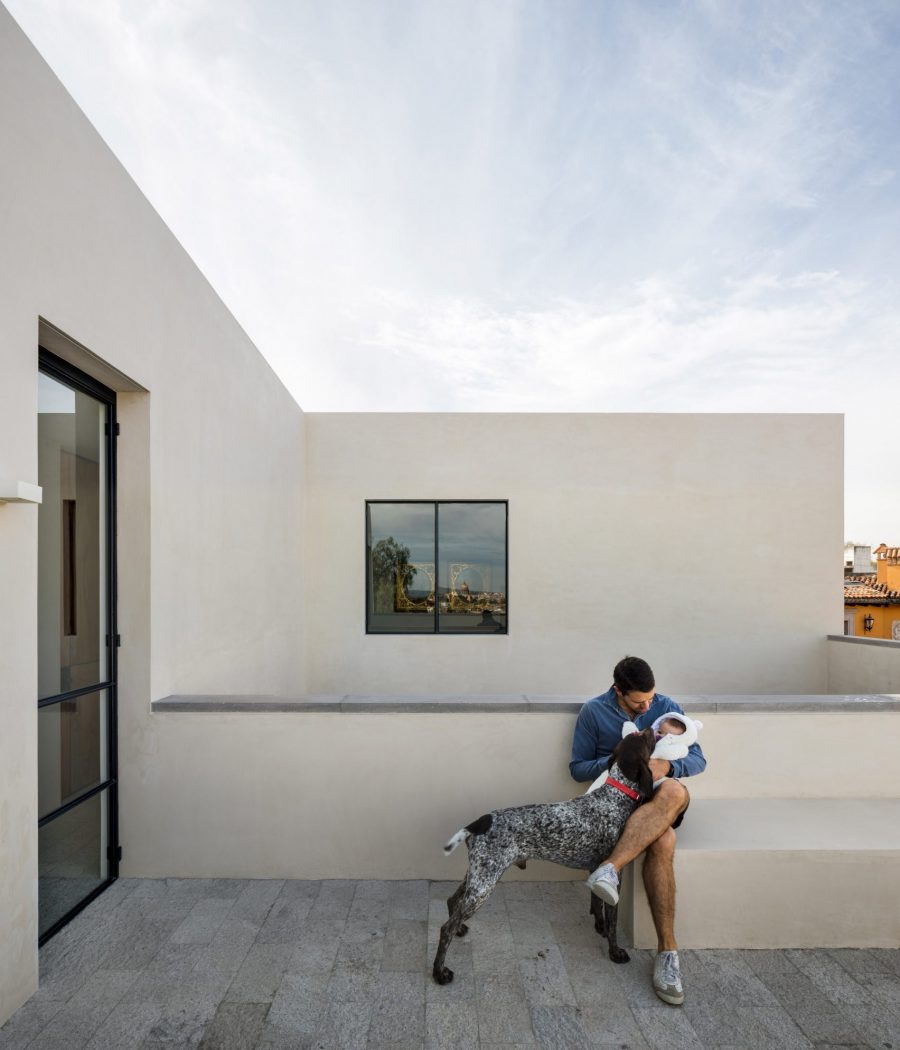 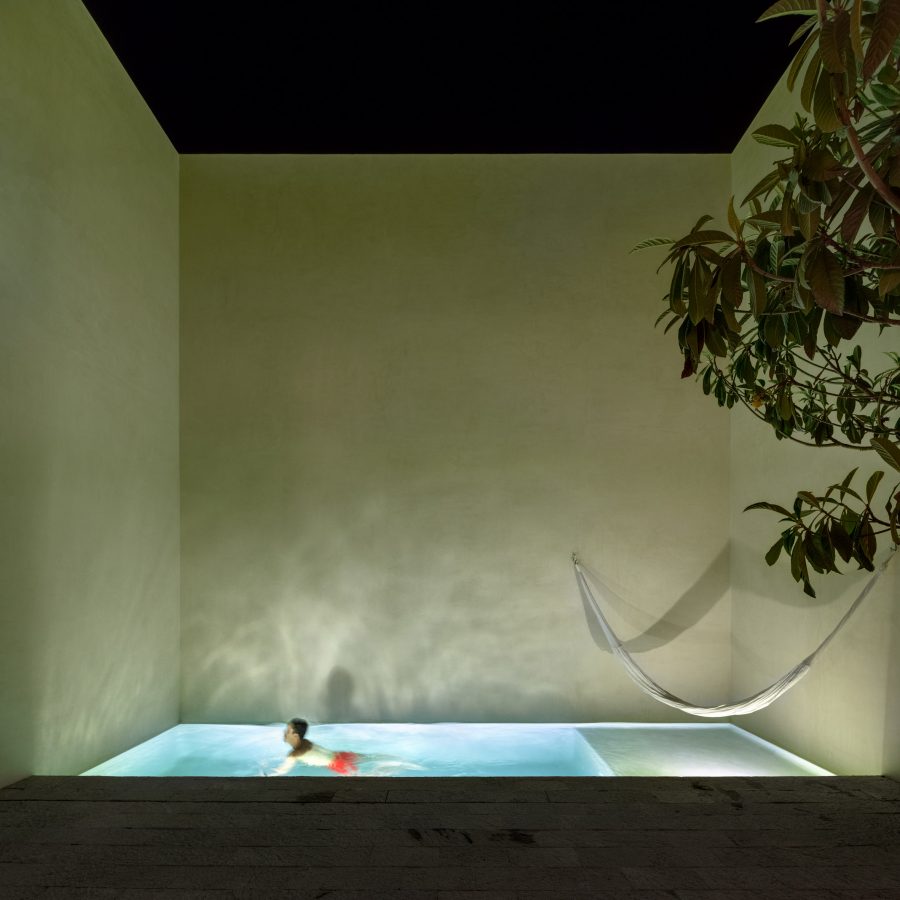 The second courtyard space of Casa La Quinta is a gravelled seating area which has a single tree as a focal point, and the third patio is a much more compact space that adds another dimension to the overall design of the property. Each different patio area with this expertly designed home from Pérez Palacios and Alfonso de la Concha Rojas has its own distinct vibe and purpose and it is this clever creation of outdoor spaces that really elevates the appeal of the property to a whole new level.

Whilst the tones and colourways used throughout Casa La Quinta are undoubtedly rather muted and understated in nature, there is a real sense of character to the design and we’re big fans of the way it has been laid out here at Coolector HQ. The outdoor spaces deliver different perceptions of scale to the user, a high contrast of light and shadows and spaces of silence and rest that the retired residents can surely appreciate. 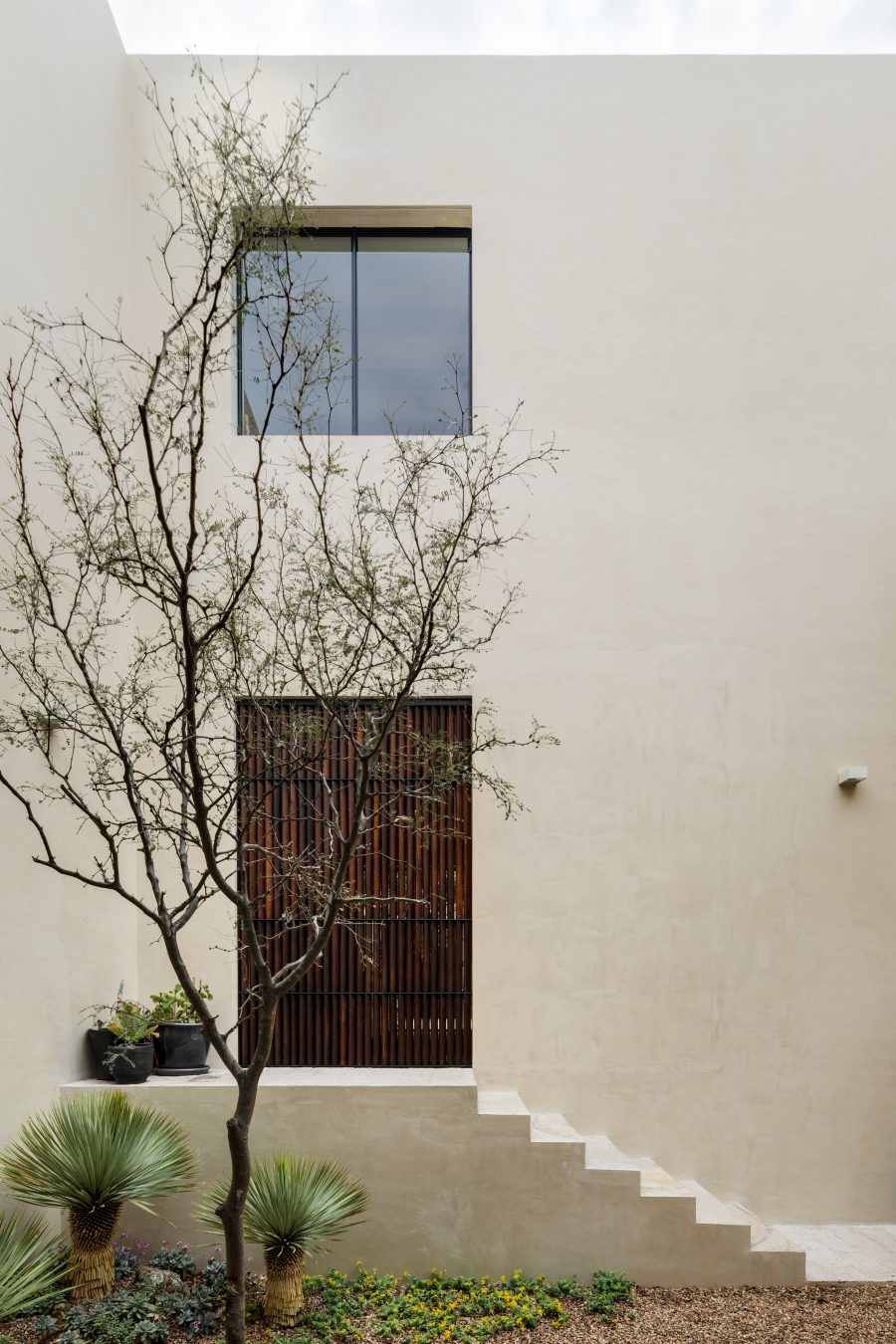 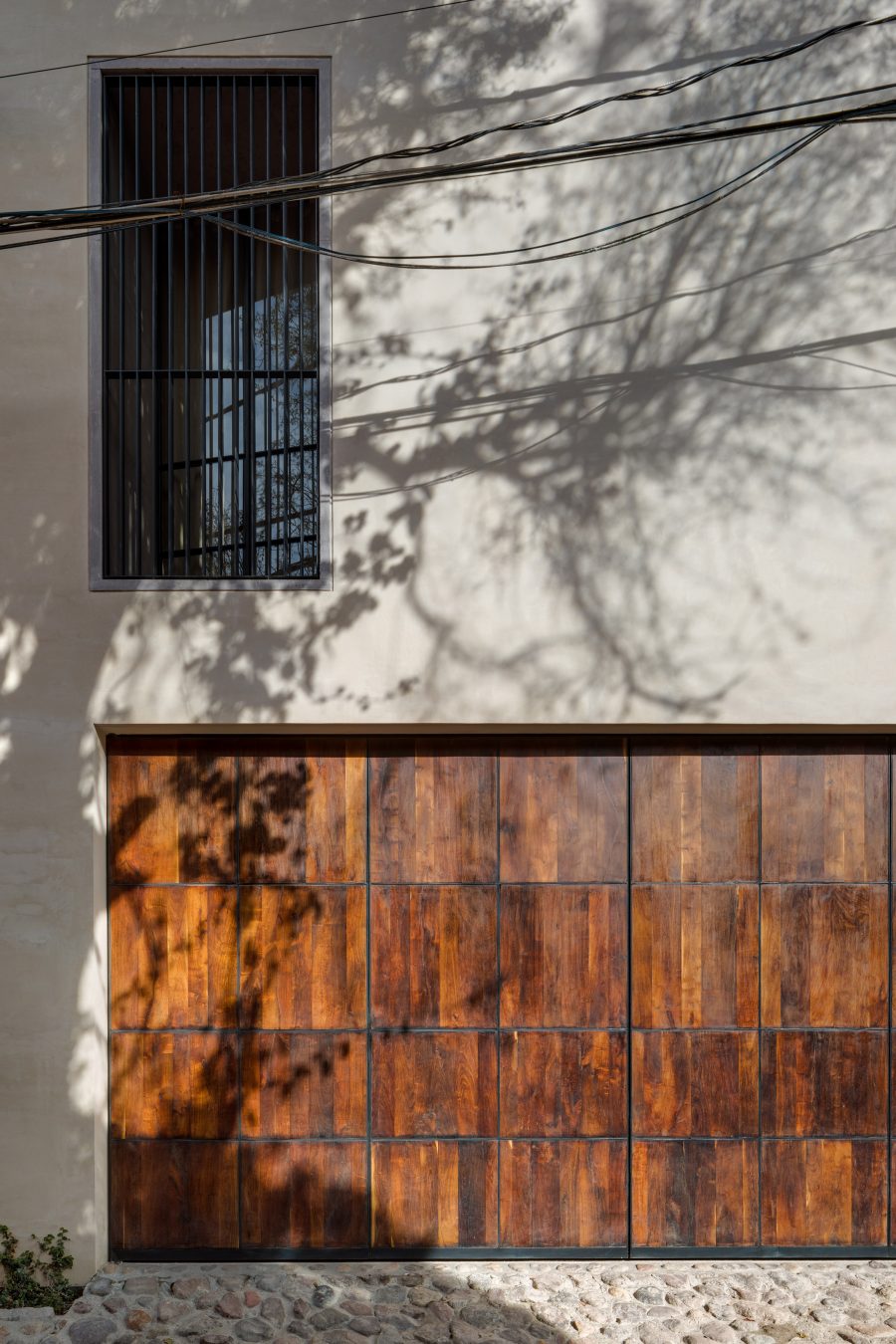 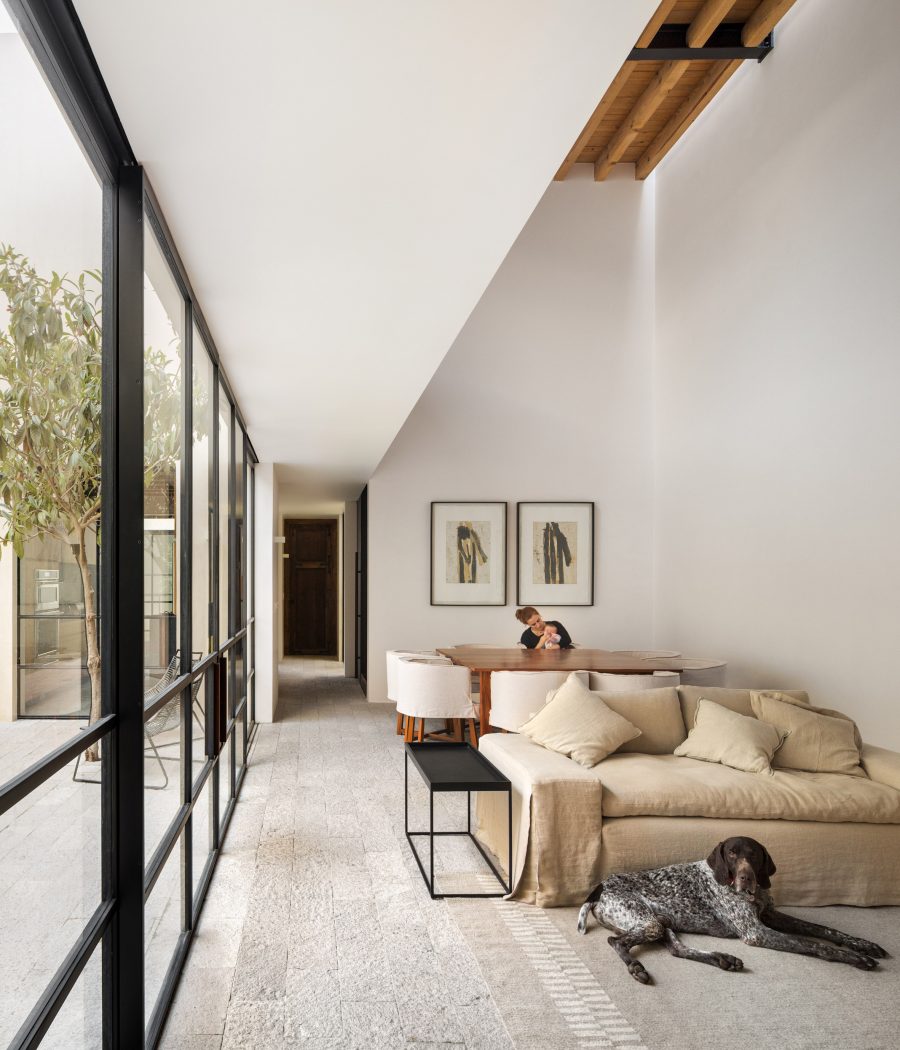 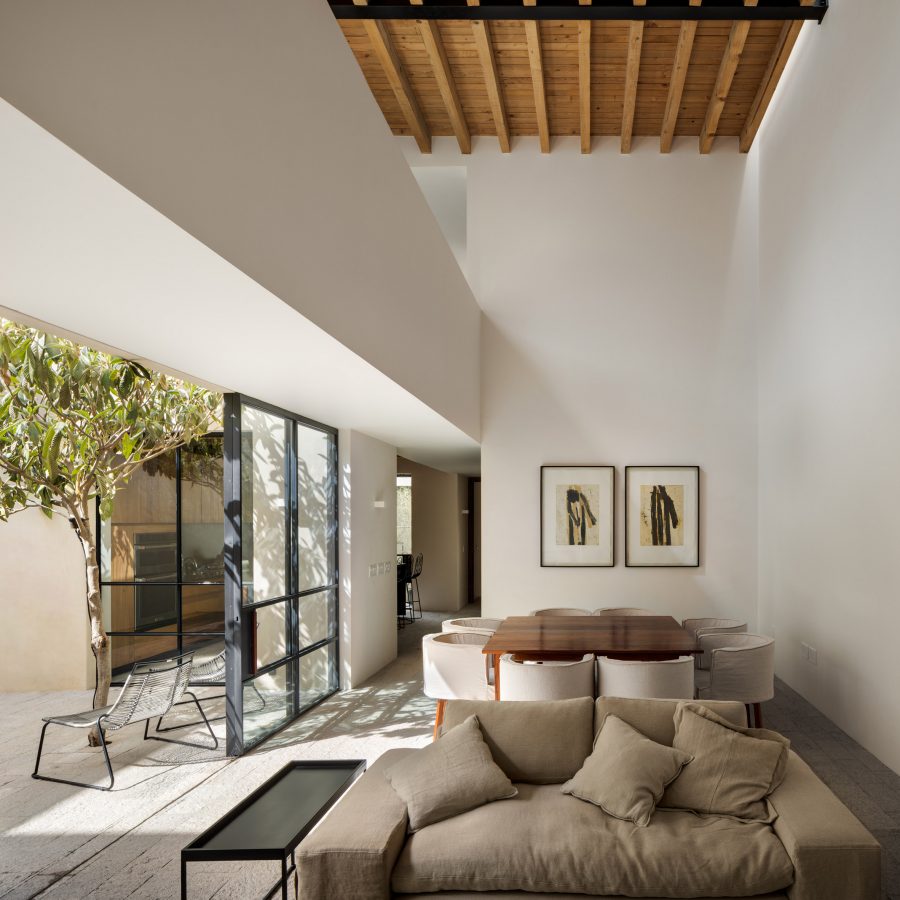 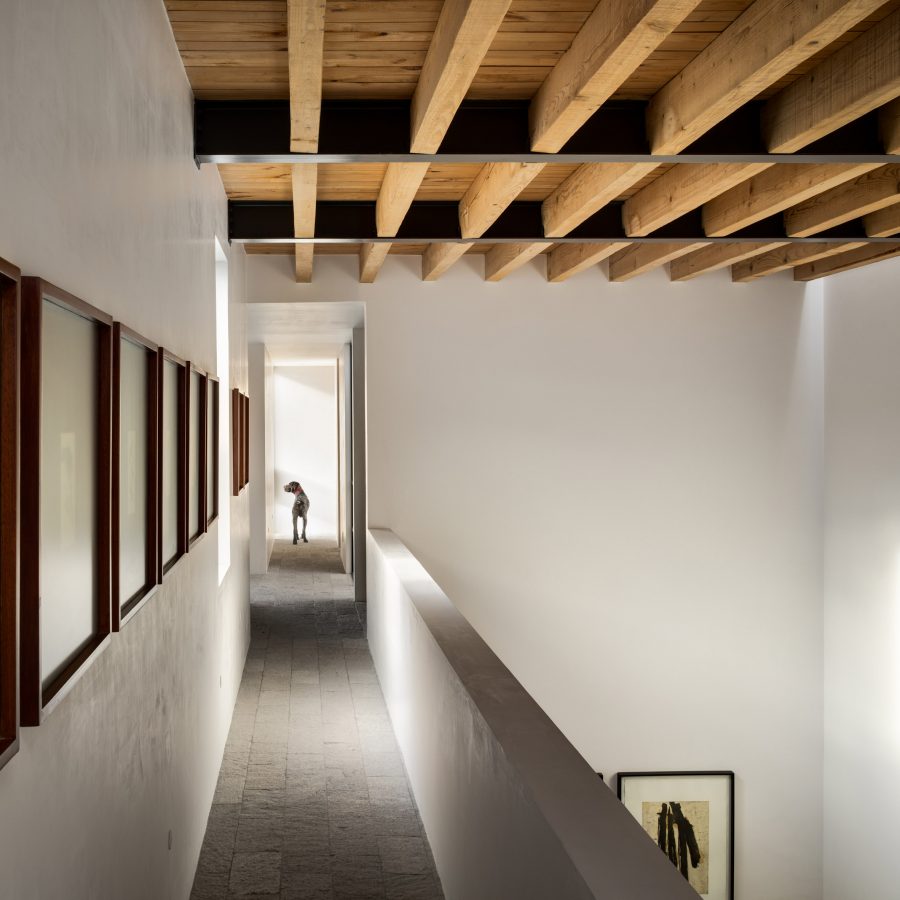 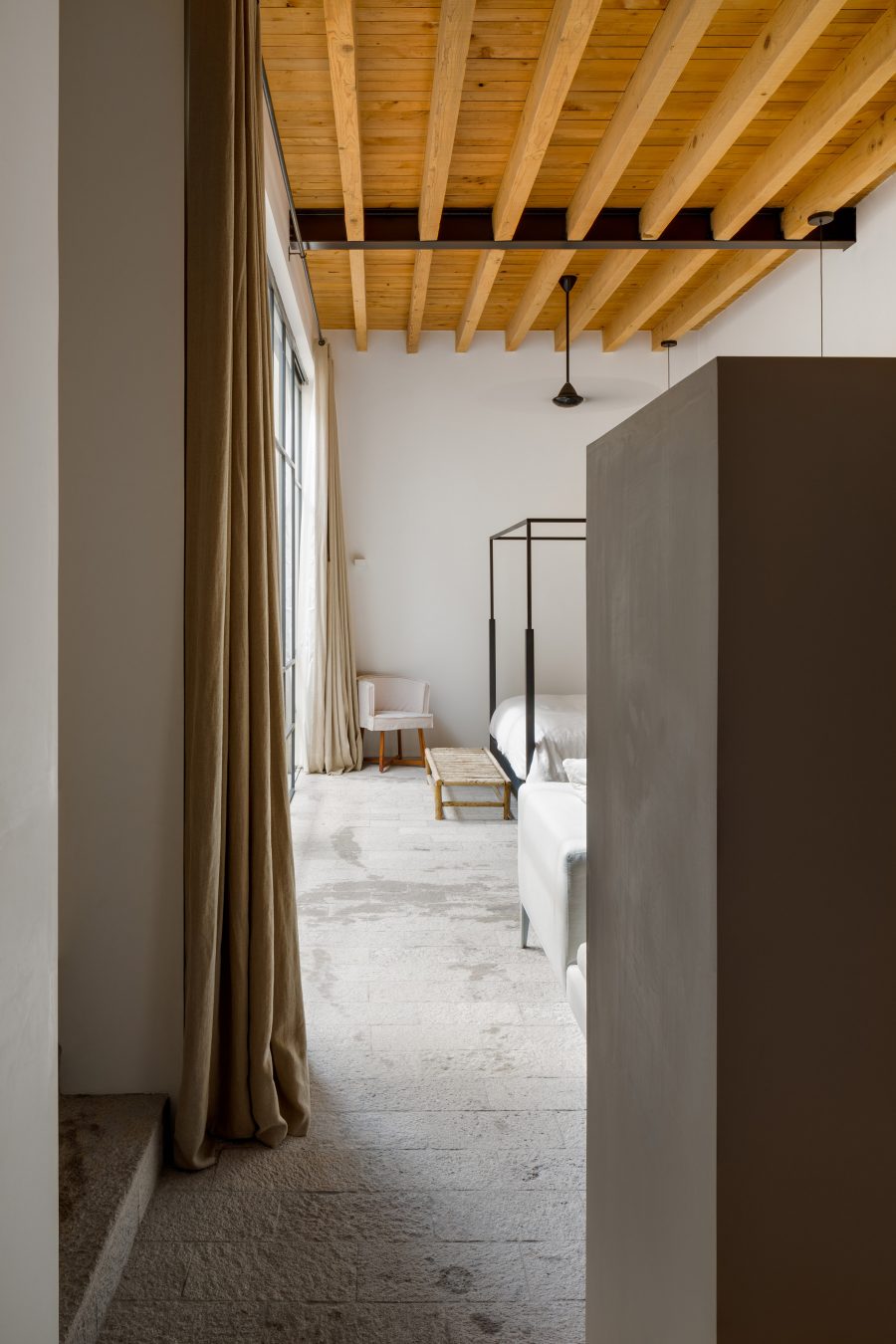 Casa La Quinta is one of many magnificent Mexican architectural projects we’ve encountered of late here at The Coolector and its striking design and great use of space is testament to the architecture talents of its creators, Pérez Palacios and Alfonso de la Concha Rojas. A wonderfully well thought out property that is perfect for resting, relaxing and recuperating.