We’ve definitely got our own tastes when it comes to the sort of artwork that we love here at Coolector HQ and it’s invariably those dystopian in nature that immediately catch our eye. That’s why we love the works of the likes of Simon Stalenhag and Mr Werewolf and you can certainly add Filip Hodas to that list with his latest series of work – the Pop Culture Dystopia Part II which, quite frankly, is drawing us in like moth to a flame. 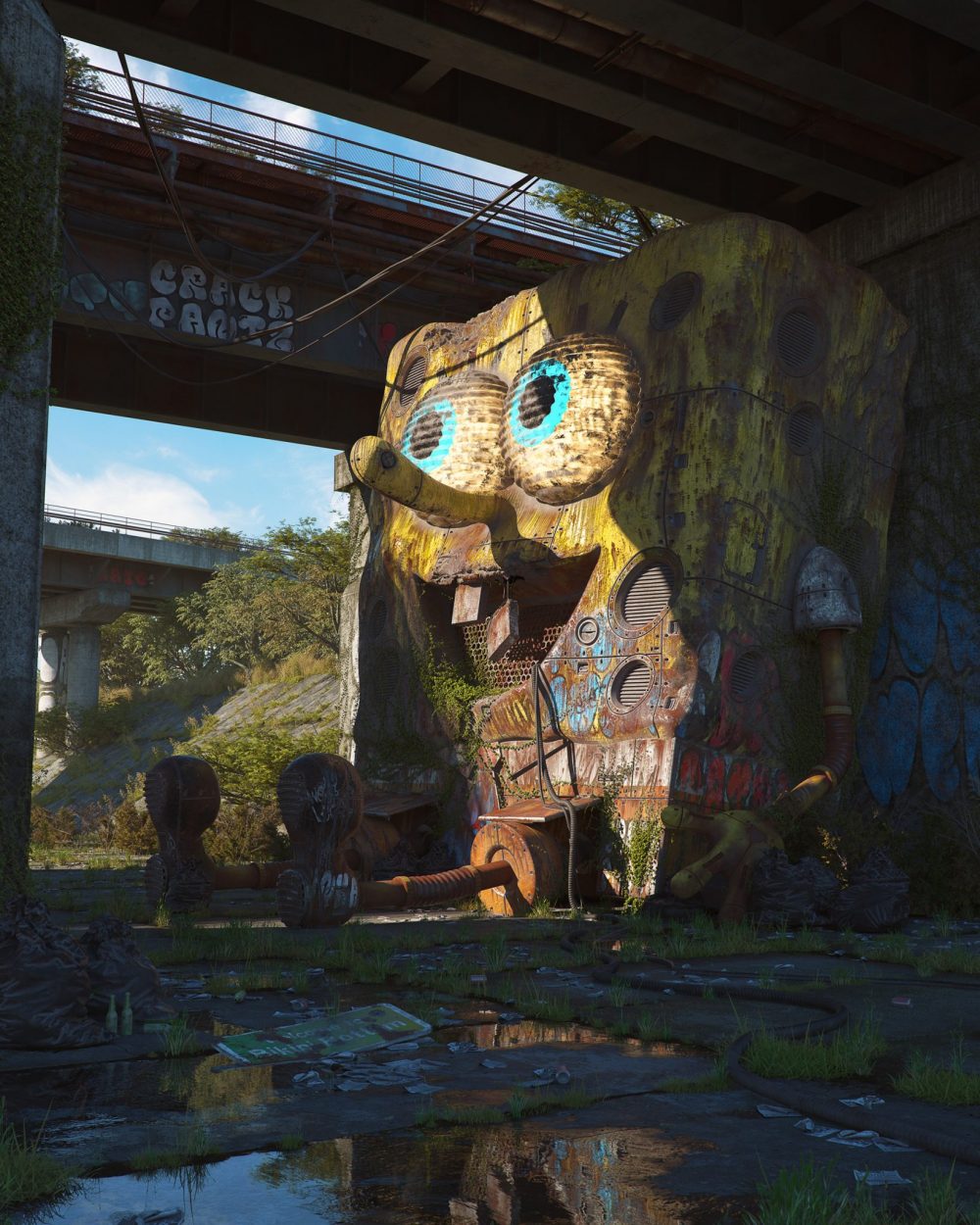 Filip Hodas is a Prague based freelance 3D visual artist and has created some quite astounding pieces of work in his time using various tools such as Photoshop, Maxon Cinema 4D, Substance Painter, Substance Designer, Agisoft Photoscan and Octane Render to deliver out of this world detail to his impeccable designs. It is the Filip Hodas Pop Culture Dystopia series of work that has always appealed to us at Coolector HQ and his second part of the series is perhaps even more compelling than the first.

There are some great new additions to the Pop Culture Dystopia Part II series from Filip Hodas including Spongebob Squarepants and, our particularly favourite here at The Coolector, Rick & Morty’s spaceship. The attention to detail that goes into all the artwork from Hodas really is second to none and the dystopian nature of these designs which see remnants of pop culture icons laying dishevelled in what looks like a post apocalyptic landscape is extremely engaging. 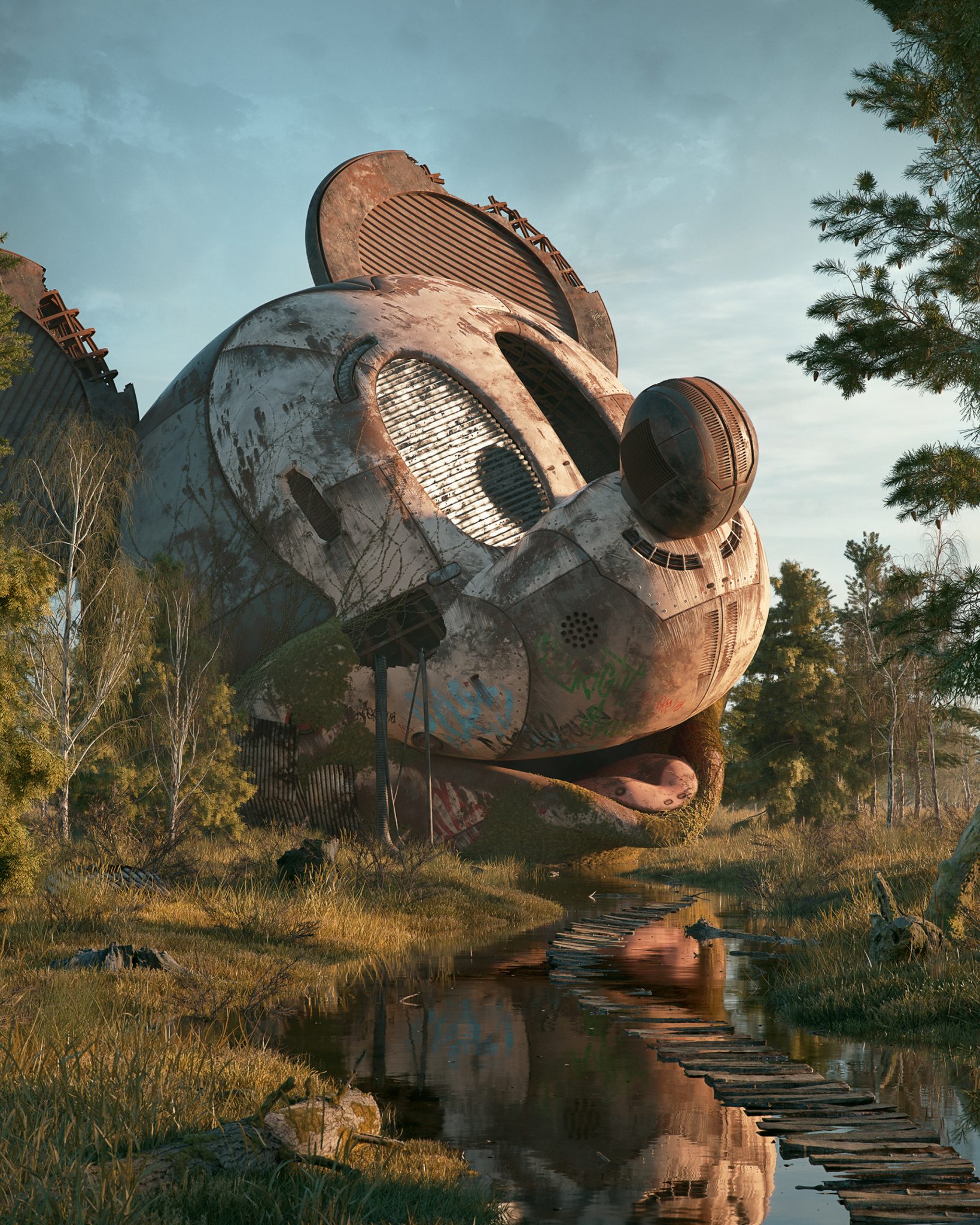 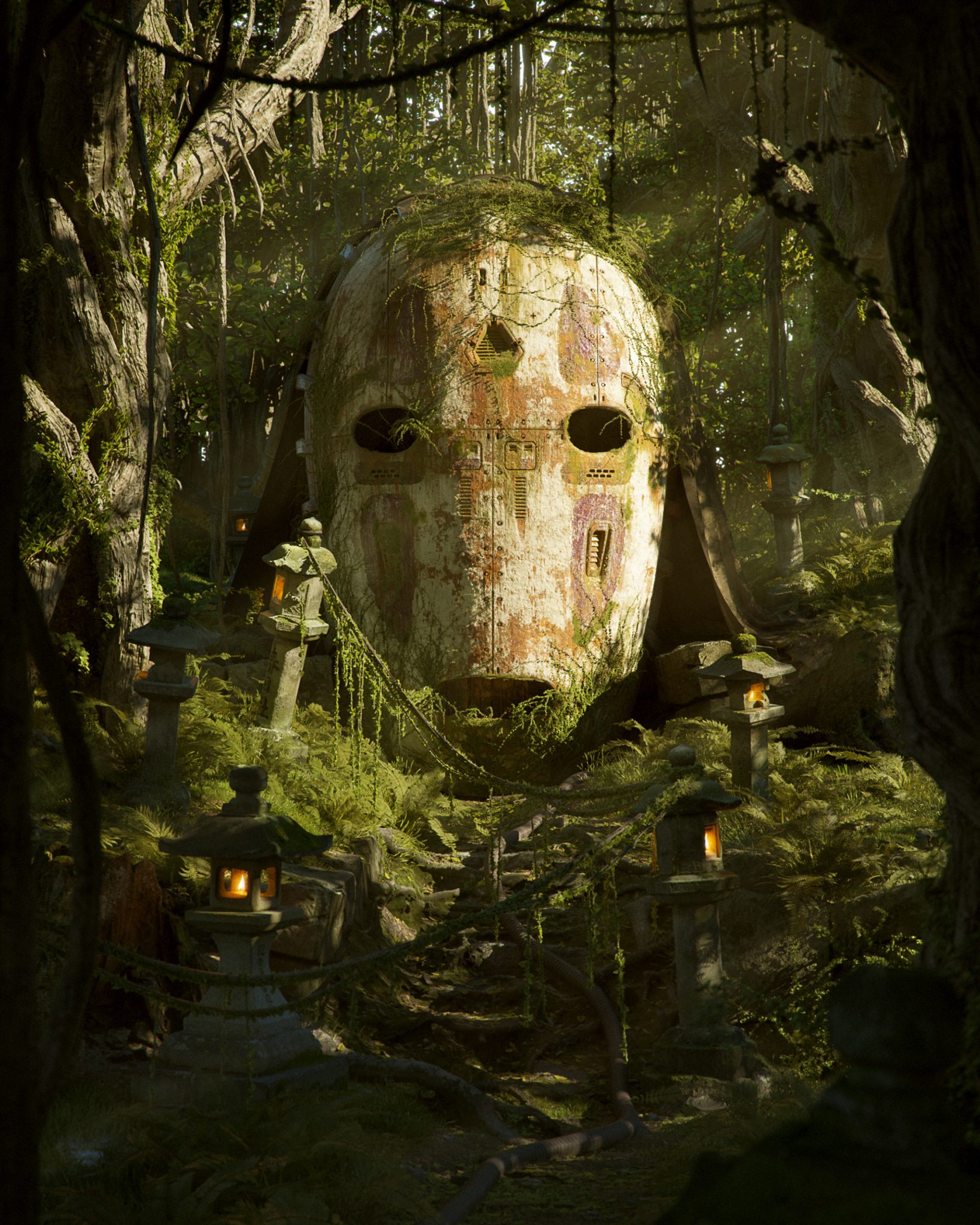 The Filip Hodas Pop Culture Dystopia Part II series of artwork is incredibly detailed and will appeal to anyone with a love of all things television and film related. With an effort to learn serving as the catalyst for the extraordinary series of artwork (Hodas used it as an opportunity to learn how to use Substance Painter and how to use it in texturing his workflow), it’s plain to see he is a quick study because the finished results are nothing short of mesmerising. 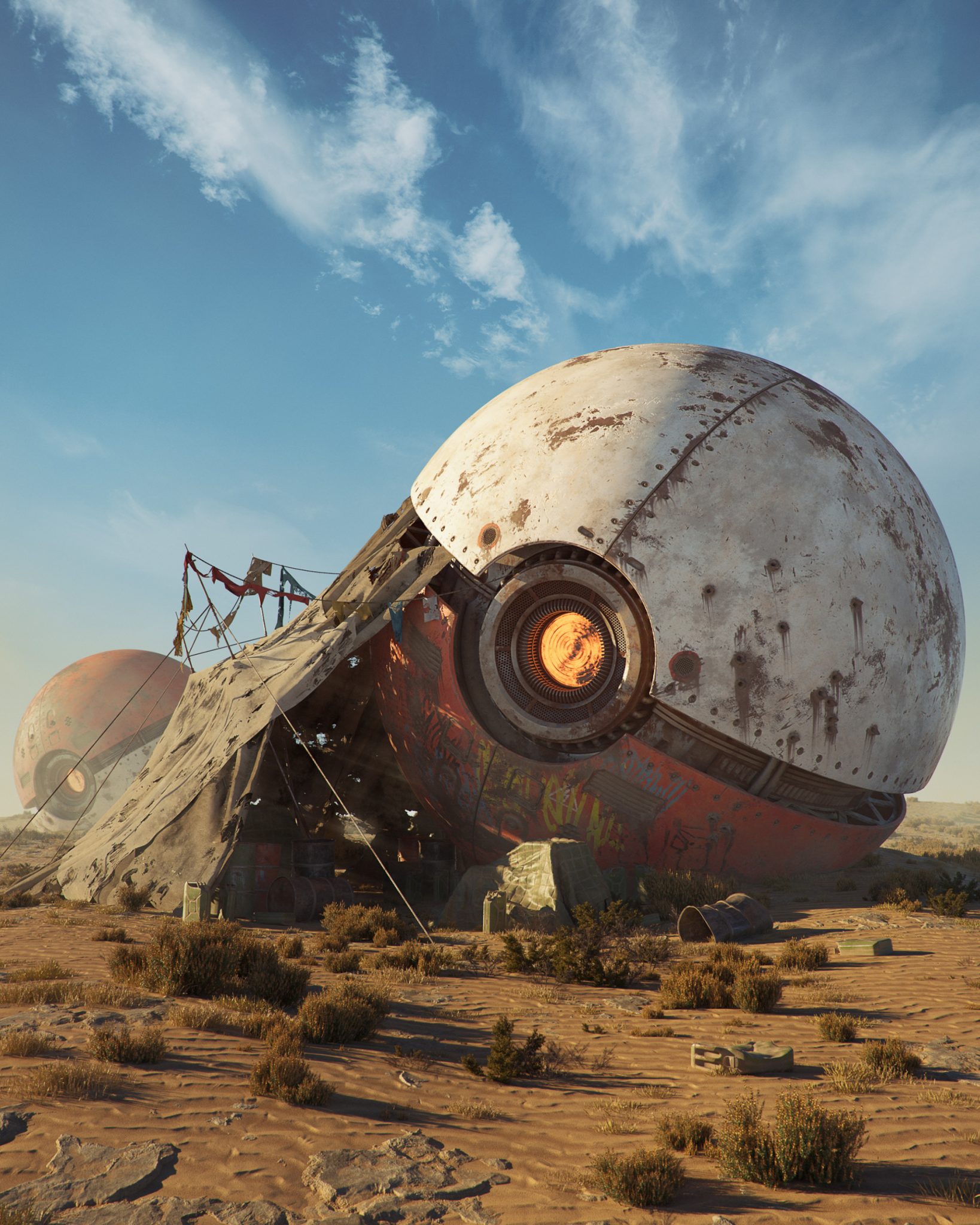 We love artwork like this here at Coolector HQ and we’ve encountered the work of Hodas before and have been waiting patiently for him to add new pieces to his Dystopia series and our patience has been rewarded with these stunning new additions. It’s mind boggling to us that people have the artistic talent and sheer creativity to create pieces of artwork as breathtaking as this and the fact it incorporates things from some of our favourite shows like Rick & Morty is the real icing on the cake.

Despite the central elements to Hodas’ work typically coming from sci-fi or cartoon influences, there is a real sense of reality and a lifelike look and feel to his finished creations. Supplanted into what are cities and natural surroundings which look and feel instantly recognisable, you almost don’t feel that the central character is out of place and it merely looks like a relic from a bygone era reclaimed by nature in a failing, apocalyptic world. 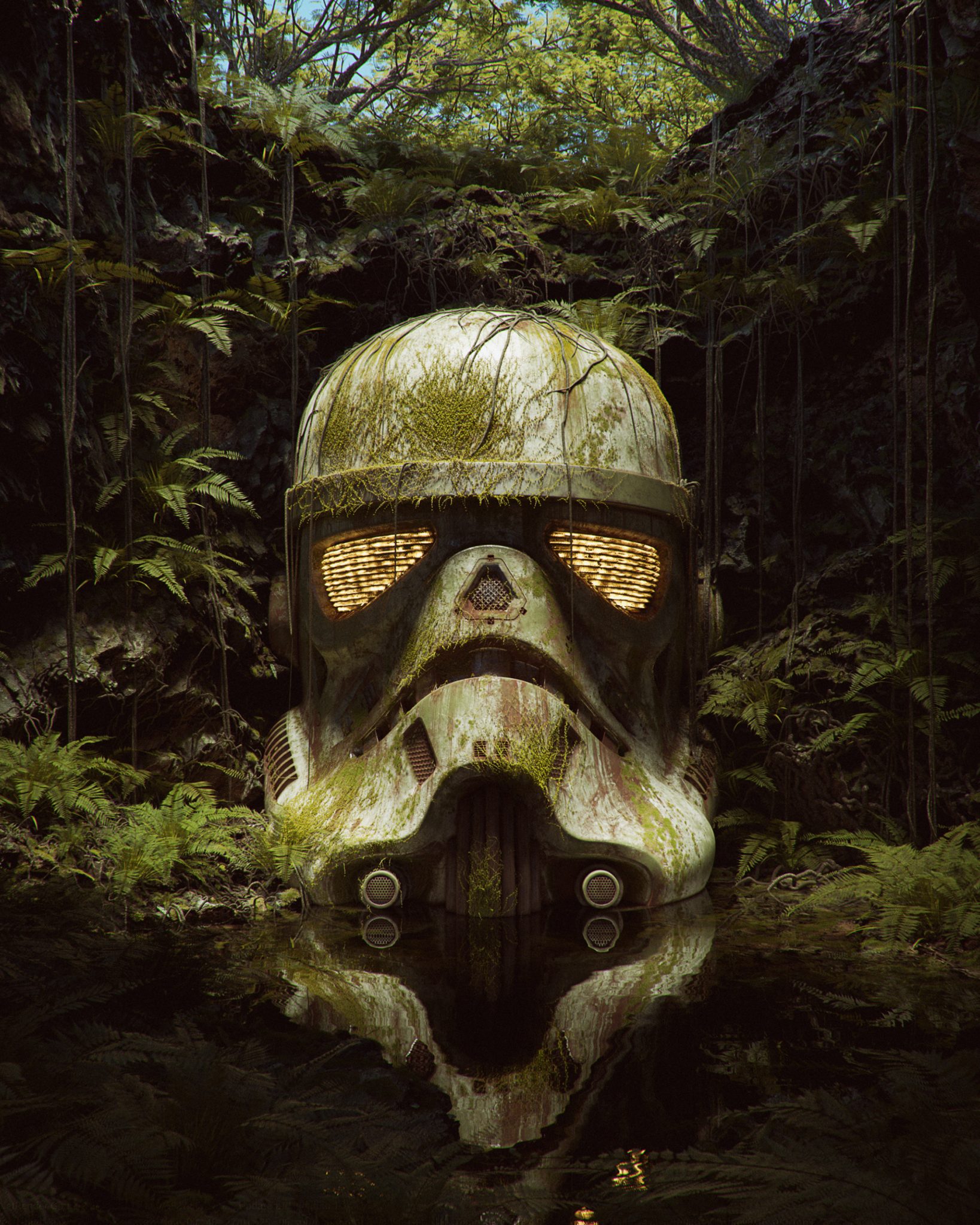 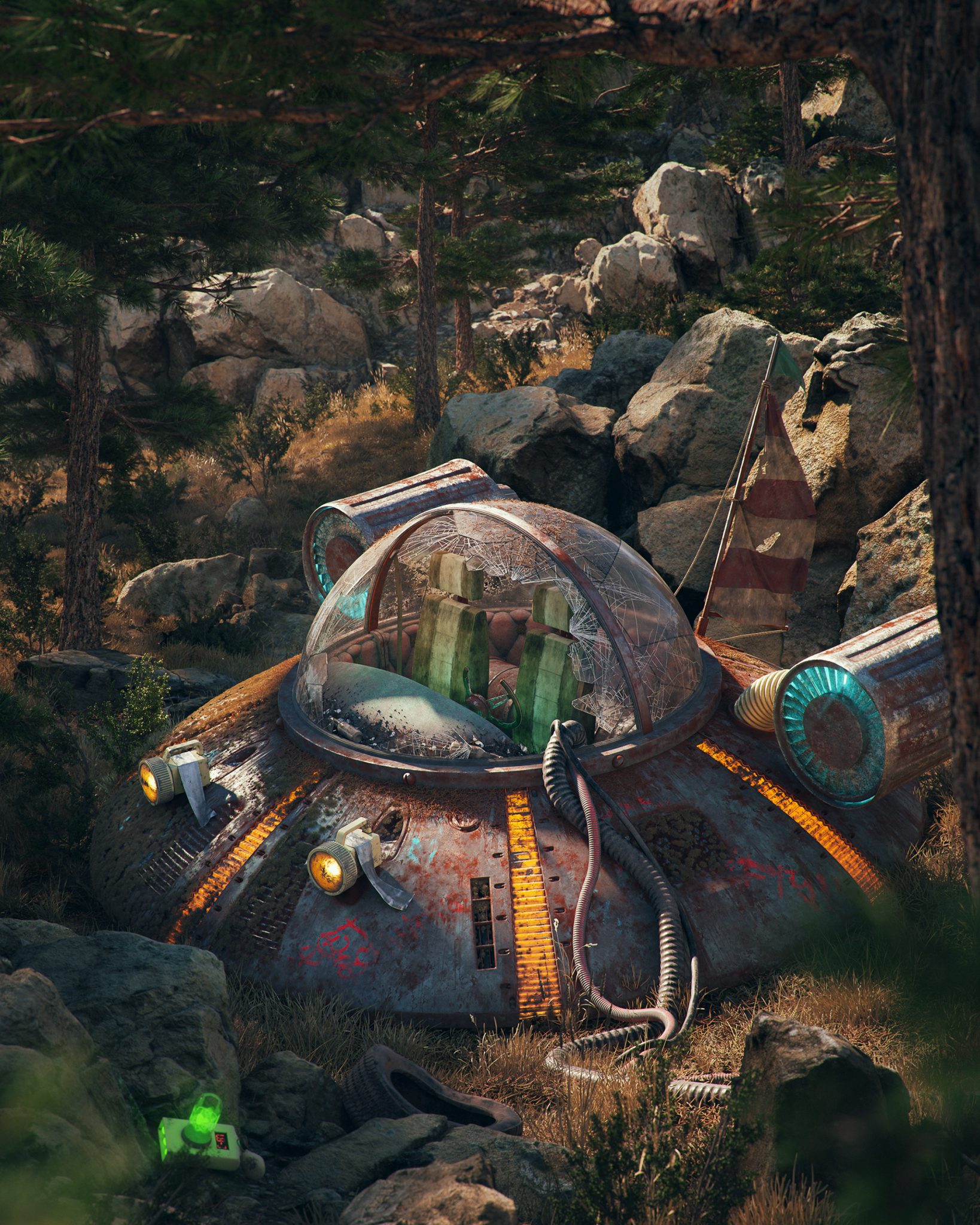 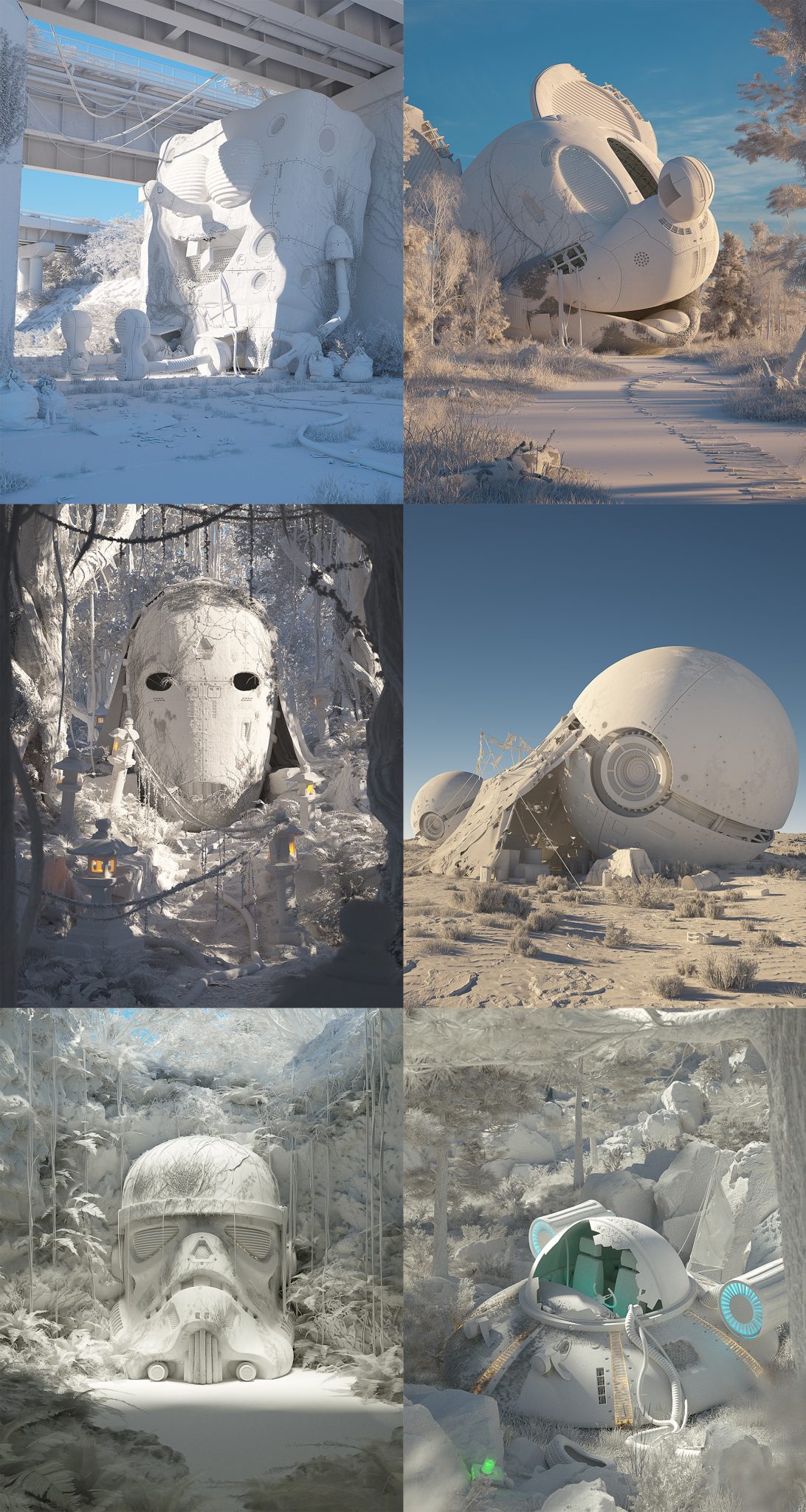 We’ve definitely got our fingers crossed that there will be a part III to Hodas’ Pop Culture Dystopia series sooner rather than later because we can’t wait to see which other programmes and films come under his creative purview. We’re hoping for the likes of The Avengers, Trailer Park Boys and more Rick & Morty awesomeness to put in appearance in the next collection.