Motor racing and watches are intrinsically linked with one another and there are some genuinely stunning timepieces out there on the market that celebrate this need for speed but what is perhaps missing is a more affordable watch that is dripping in motor racing aesthetics but, fear not, a wonderfully successful Kickstarter project looks like it’s going to thoroughly fill this gap. The company is called Helgray and their watch, the painfully cool Silverstone 60’s Racing Chronograph.

If you’re familiar with your timepieces, the visuals of the Helgray Silverstone will immediately appeal due to how its been heavily influenced by some of the most prestigious watches on the market and aims to produce a more entry level luxury watch that definitely doesn’t compromise on quality. Inspired by the golden age of motor-racing in the 1960’s, the Helgray Silverstone watch is unquestionably a stylish beast and one that boasts a vintage appeal and impressive construction that will sate the appetite of most horology enthusiasts out there.

Such was the demand for this sort of timepiece amongst the watch loving public, the Helgray Silverstone watch reached its funding target (of a not insignificant $20,000) on Kickstarter in a mere 38 minutes and we have to say that we’re not at all surprised by this here at Coolector HQ as it really is a distinctive, stylish and well-crafted timepiece which ticks all of our design and performance boxes. With the Helgray Silverstone watch you will find a Japanese quartz movement acting as its beating heart and this has been coupled with a surgical-grade stainless steel casing, sapphire crystal glass front, Swiss Super Luminova C3 watch hands, 50m water resistance and striking leather strap. Check out some more shots of the supremely impressive timepiece below: 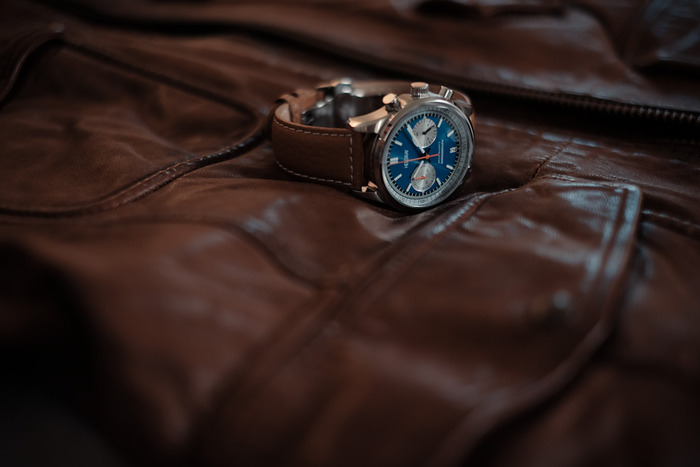 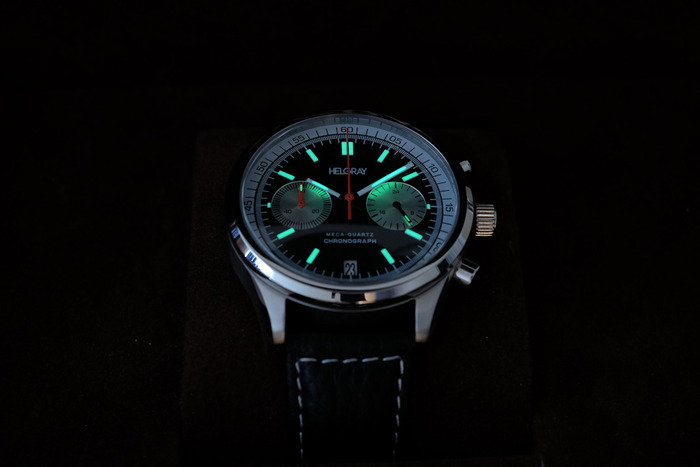 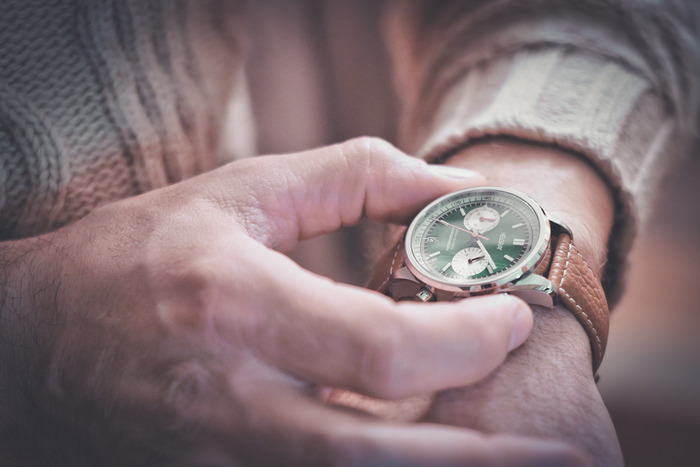 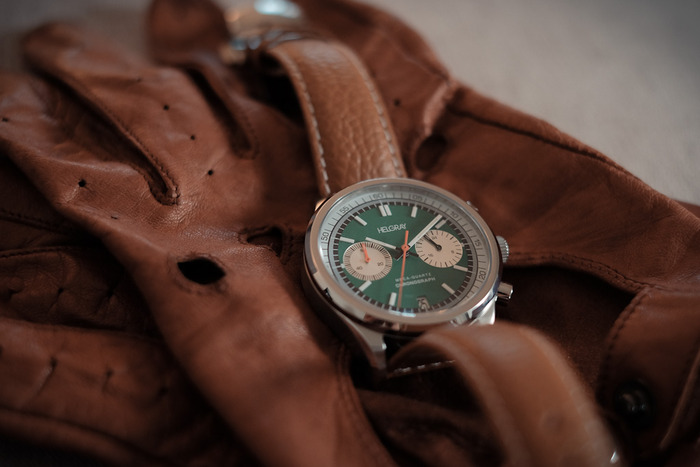 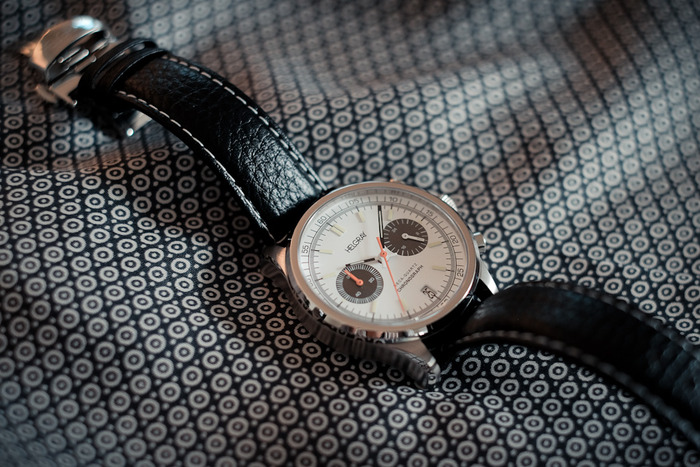 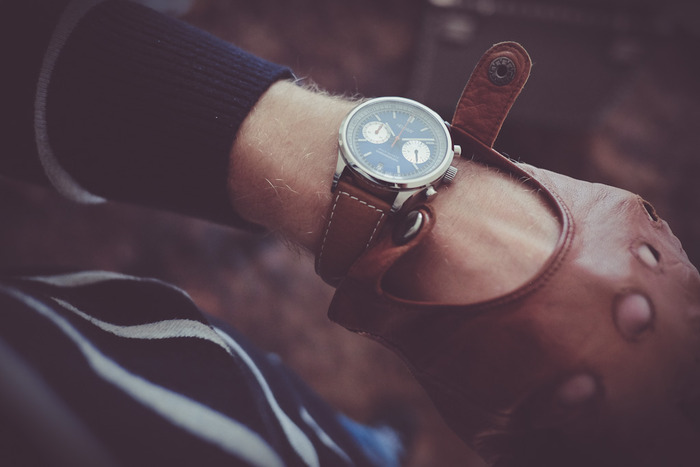 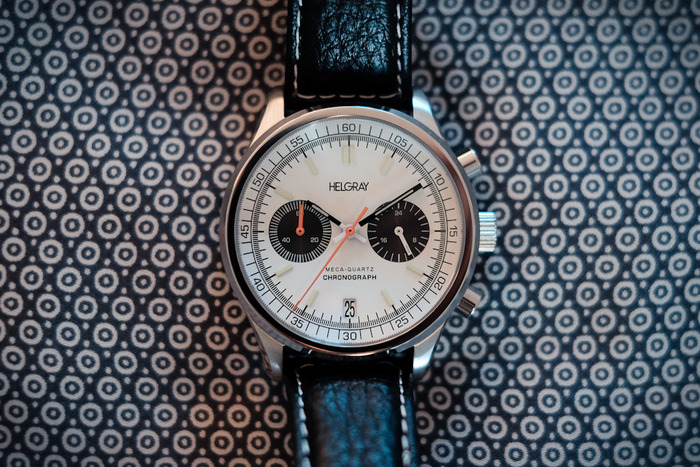 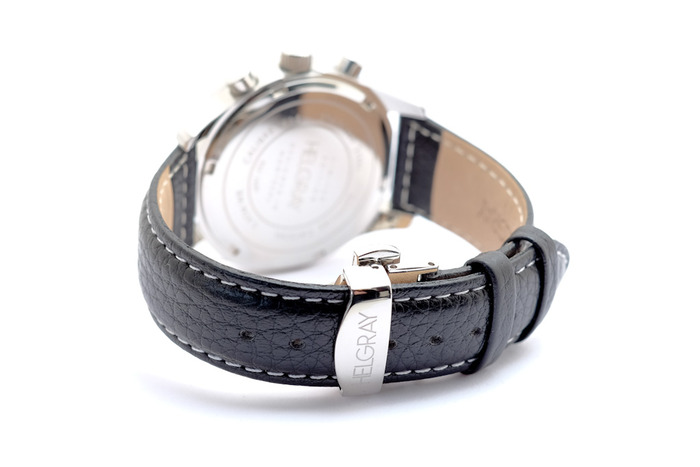 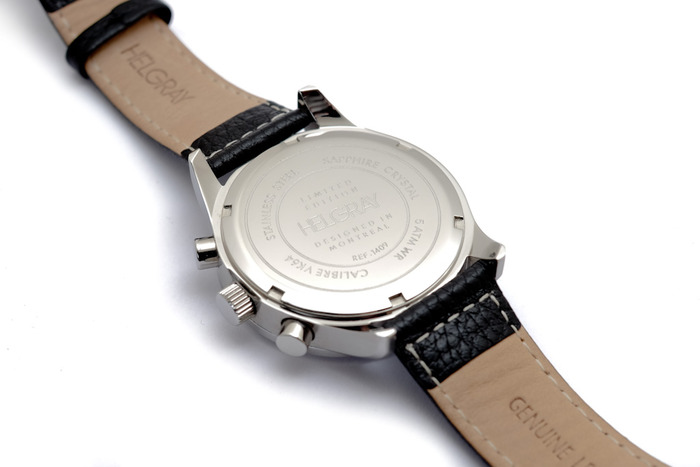 If you’ve long been casting envious glances in the direction of the automotive themed timepieces from the likes of TAG Heuer, Chopard and Alpina and have been patiently waiting for a more affordable offering that doesn’t compromise on visual appeal then the Helgray Silverstone could just be the one that you’ve been waiting for.

There is no doubting the classic design of this fantastic looking timepiece will appeal to most men because it evokes the spirit of 60’s motor racing and this is a very fondly remembered period of time in terms of style. We love the great look of the Silverstone here at Coolector HQ and we’re definitely happy to throw our support behind such a patently awesome project.