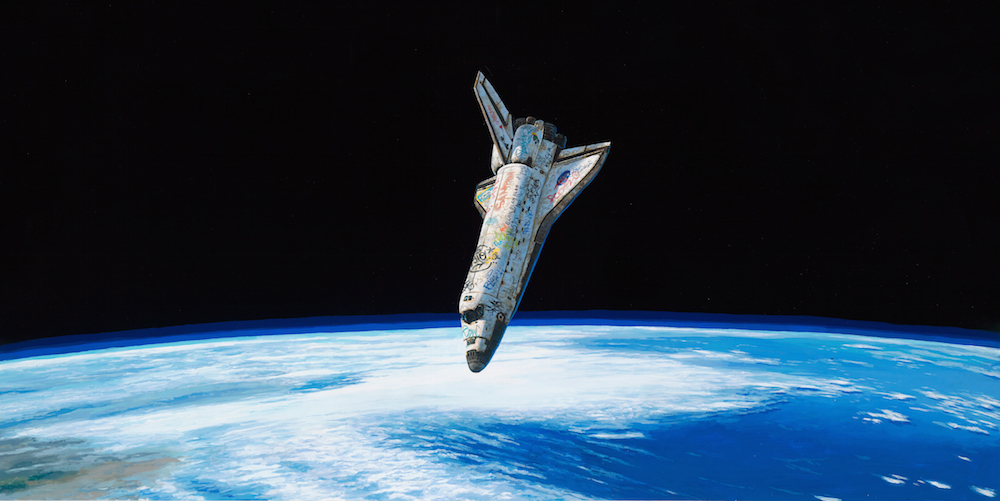 We love discovering new artists that we haven’t encountered before here at Coolector HQ and whilst none are likely to dislodge Simon Stalenhag and his incredible collection of striking artwork, it’s fair to say this amazing new collection from Josh Keyes has come about as close as any to doing just that. 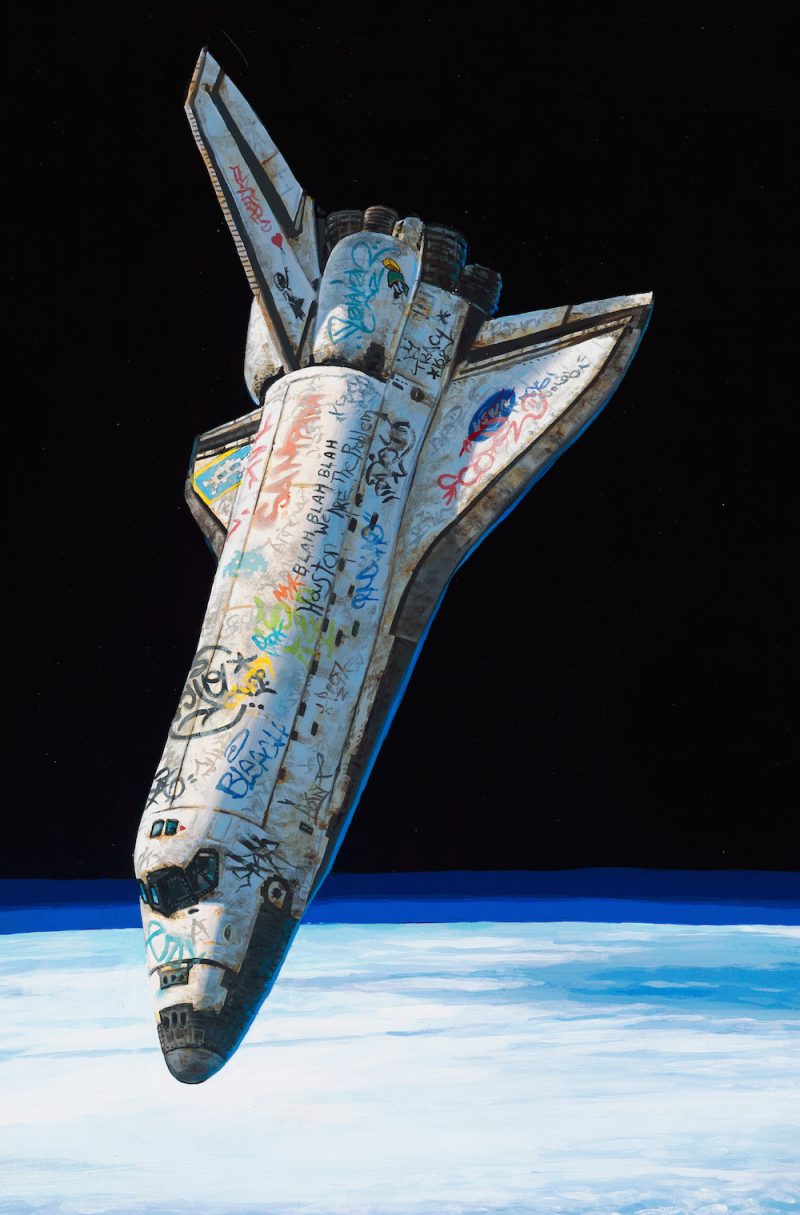 Josh Keyes works out of Portland, Oregon, and has established himself as a supremely talented artist with a particular emphasis on nature and the environment but it is his latest series of work, which heavily incorporates graffiti into the designs, that has really captured our attention here at The Coolector and we’ve been blown away by the attention to detail throughout.

In our opinion, artwork should really make you think and draw you into its grasp and that’s something which can definitely be said of the latest body of work from American artist, Josh Keyes. Graffiti is something that has always been bubbling away under the surface of Keyes’ work but in the newest pieces it comes front and centre and forms the foundations of the eye-catching visuals of a variety of objects including a space shuttle, whale’s tail and an iceberg. 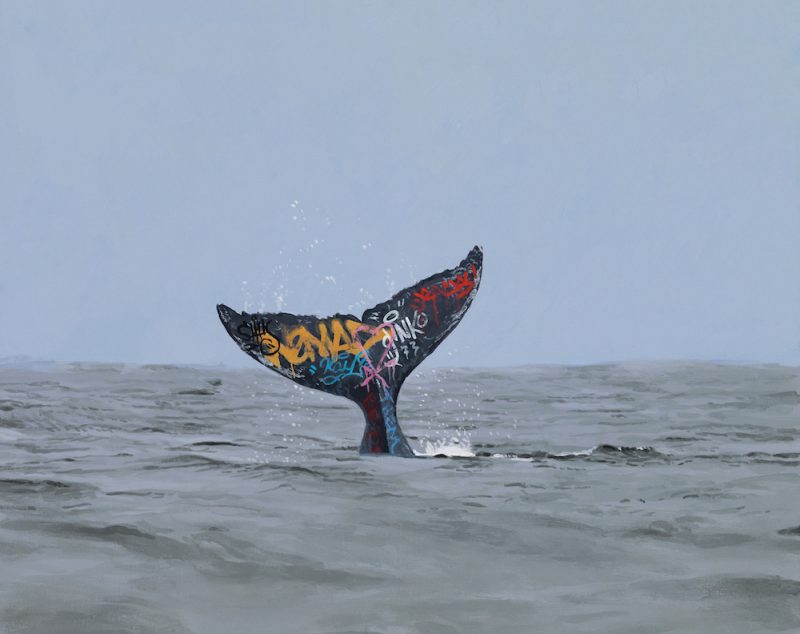 The overriding message in using the graffiti in these exceptional paintings is essentially questioning the mark that we are leaving on our planet and what we should be doing to remedy the damage done. A couple of examples of this are the “Houston, we are the problem” tag on the space ship and the “I’ll melt with you” on the iceberg – both clear indications of the damage humans do. 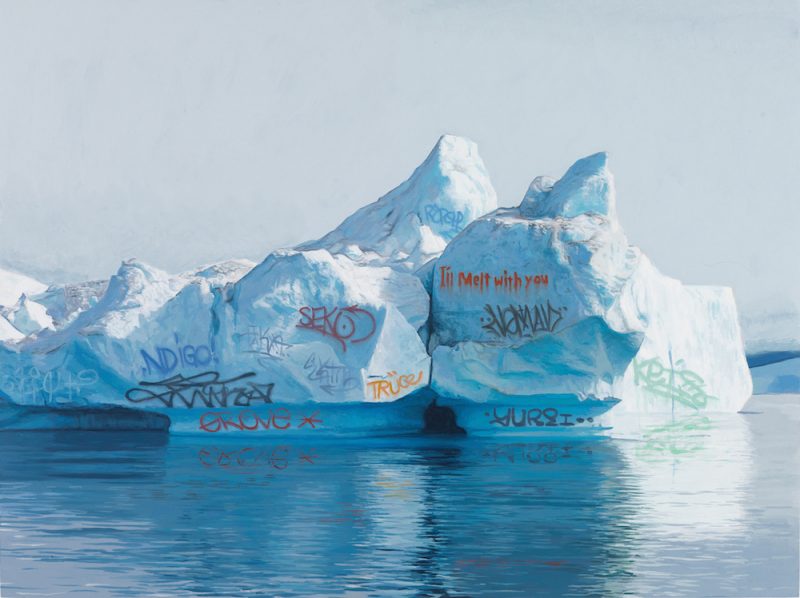 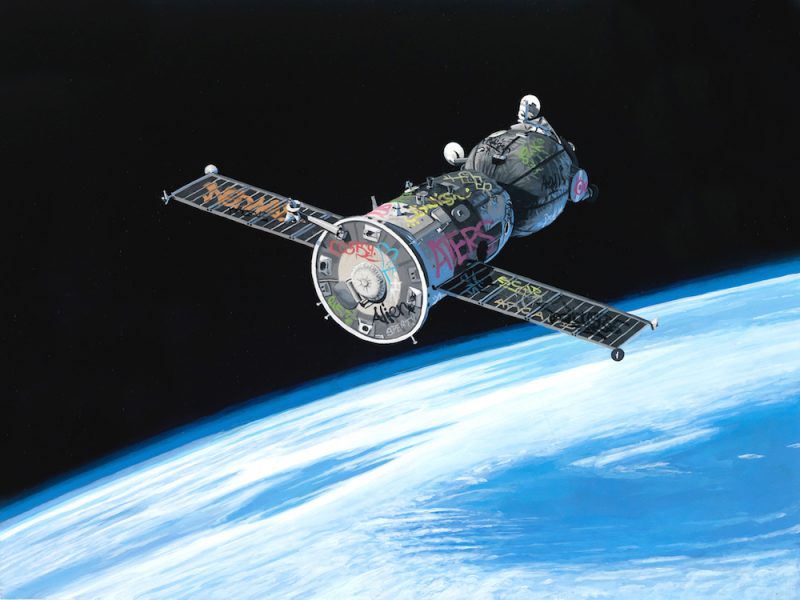 This cracking collection of artwork from Josh Keyes will be exhibited later this year at the Thinkspace Gallery in Los Angeles and if you’re a fan of artwork which really makes you think and has an important message then it’s fair to say the work of Keyes will be right up your street.

Art is one of the most important means of conveying messages subtly and this is something that Josh Keyes has well and truly accomplished with his latest collection of graffiti centric artwork that questions not just the indelible mark that we’re leaving on our own planet but also the impact we may have if we colonised other planets. 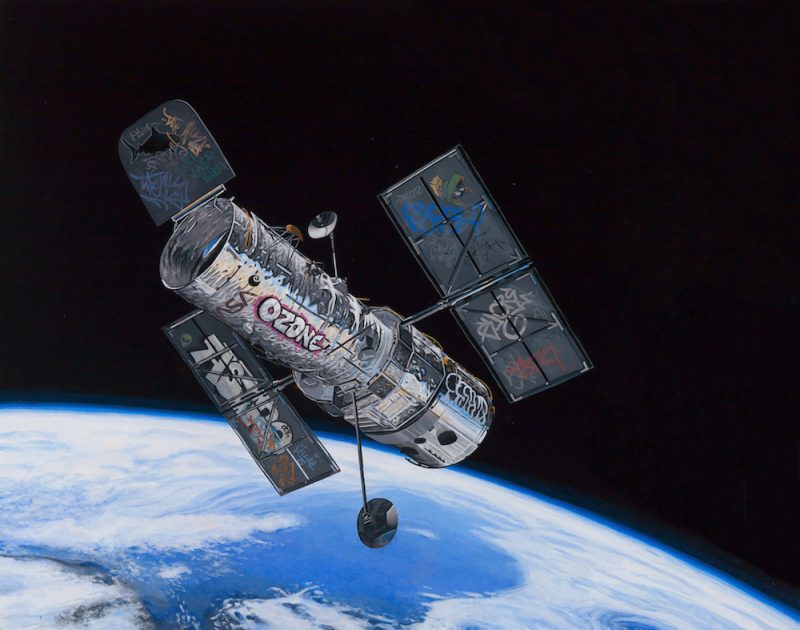 We’re loving the striking impact of this artwork from Josh Keyes and whilst we won’t be in LA when it is exhibited, we dare say that there will be plenty of other art appreciators there in our stead. 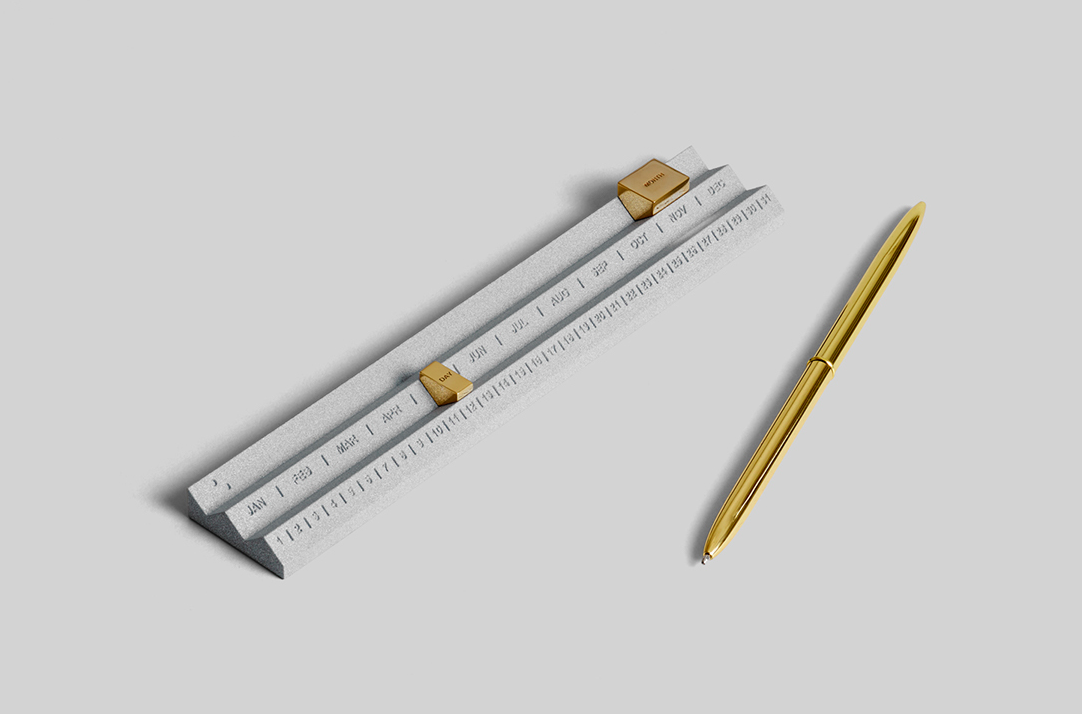 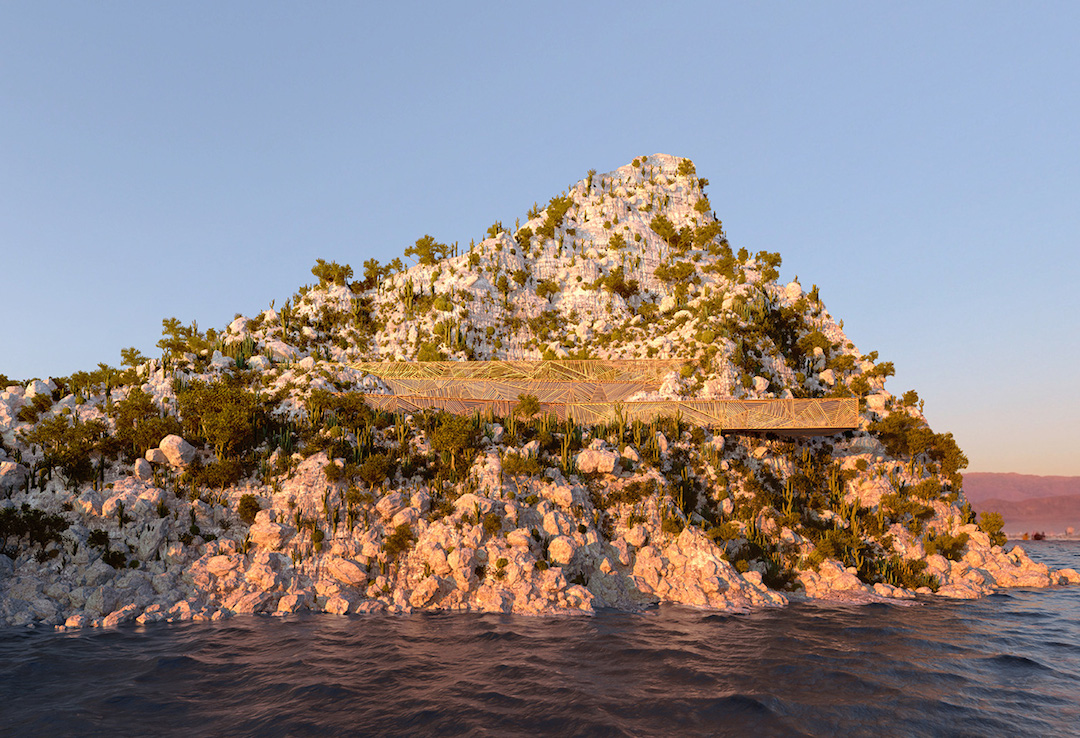