Space exploration is certainly something that appeals to us here at Coolector headquarters and we dare say it would appeal even more if NASA were sending vessels into space like those which have come from the madcap mind of designer, Doug Pedersen, in his brilliantly literal NASA Mashup series.

Pedersen’s series of prints is based on the names of past NASA missions but gives them a playful and much more literal spin according to the name of the original vessel that was sent into space and we’re definitely big fans of the finished results.

Doug Pedersen is Minneapolis based artist and illustrator who has featured in some leading publications such as Wired, Fast Company and Shortlist and, given the awesomeness of his handiwork, we’re not surprised that he’s got his work featured on such hallowed pages.

These blueprint style designs give various different angles of the superb looking machines and you can see some of the best below including our own personal favourite, the Enterprise, which includes the rather awesome ship from Star Trek: 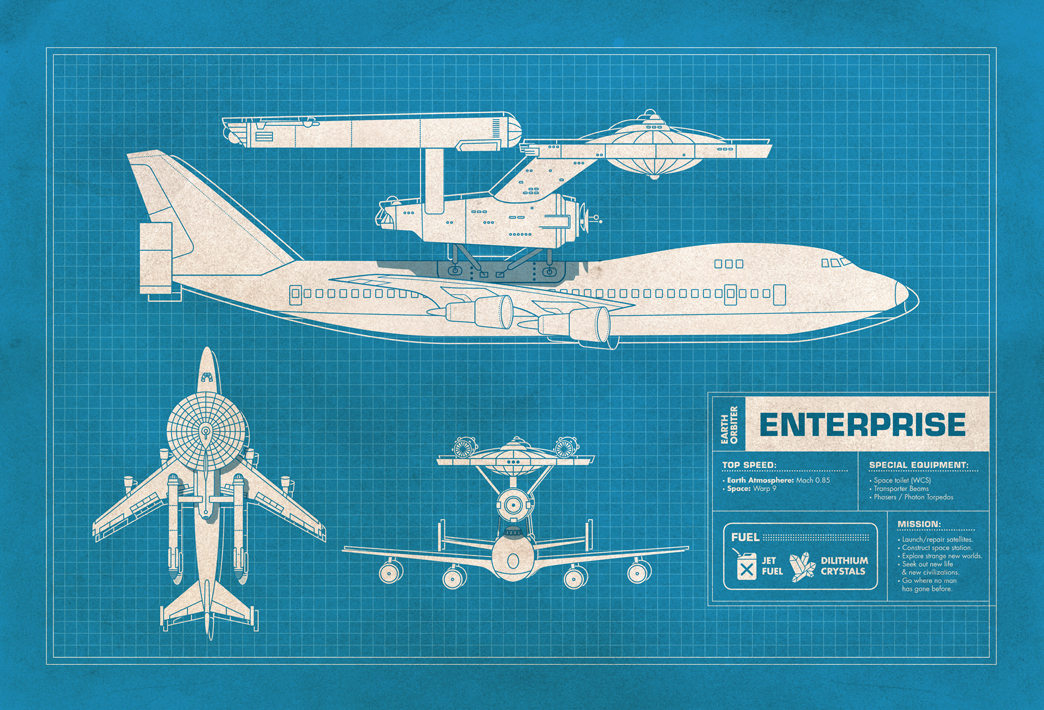 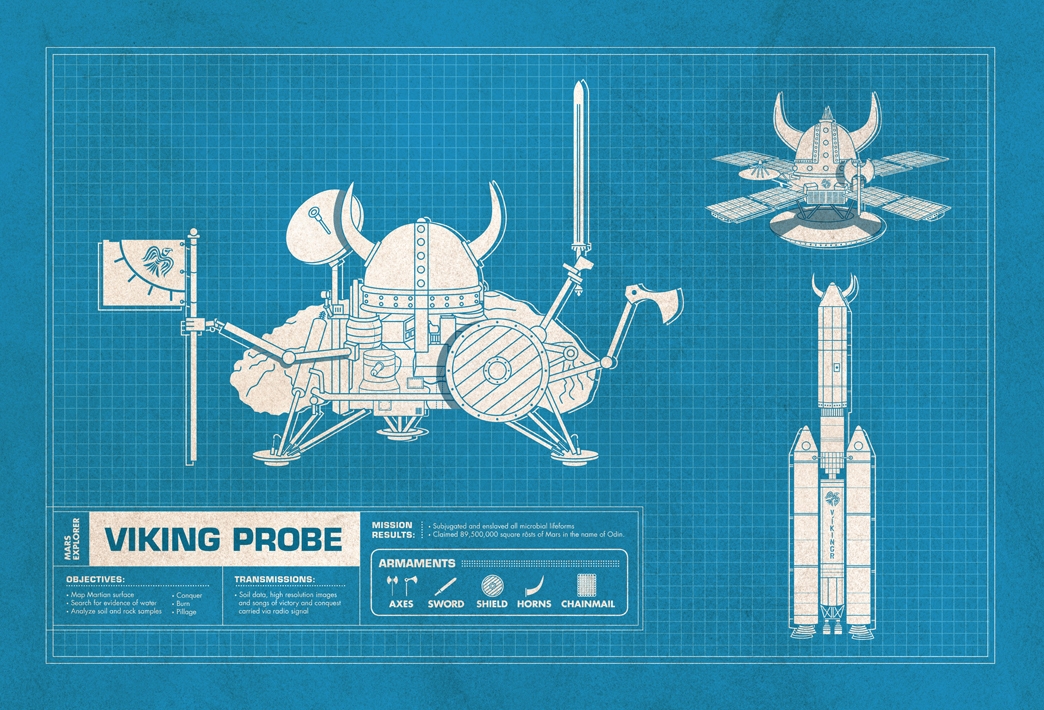 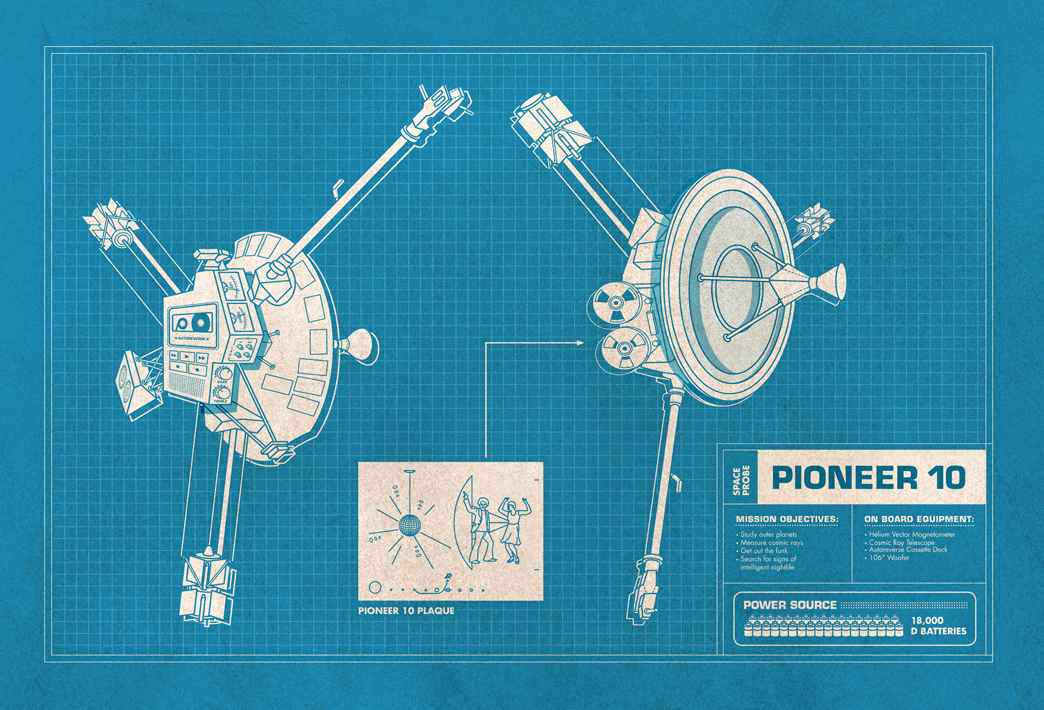 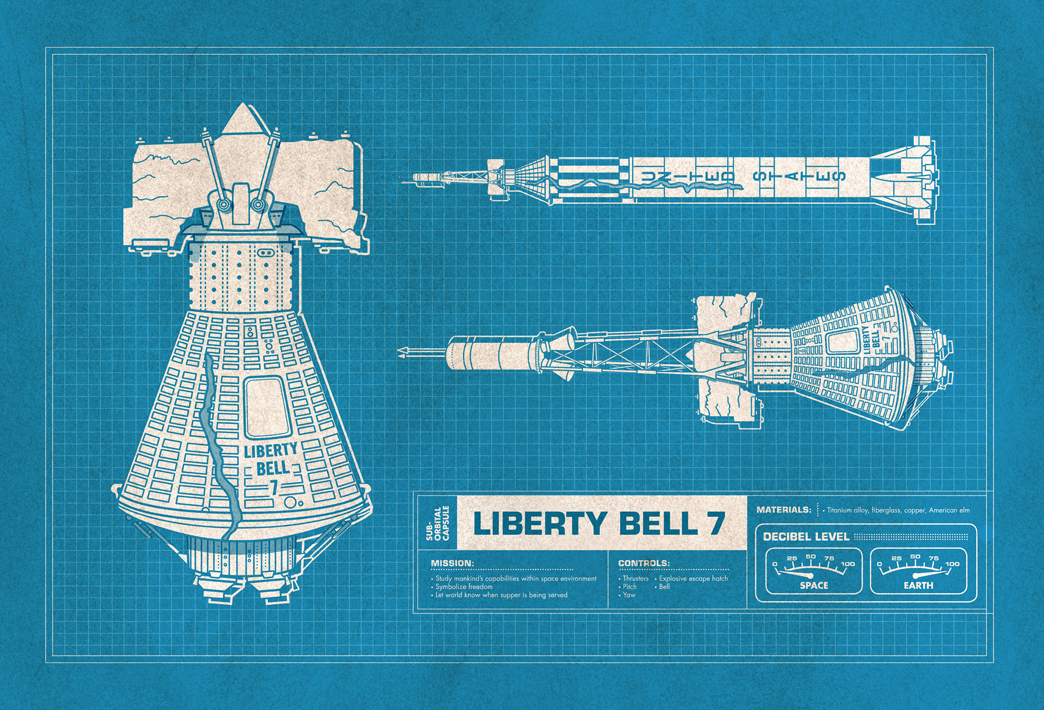 As you can see, Pedersen has been considerably more humorous with his designs than the good chaps at NASA were originally and whilst we doubt the space-worthiness of some of his designs, we’d definitely be up for hitching a ride to space in one of his fantastically conceived steeds.