There are certain names in the world of watchmaking which are simply synonymous with quality and impeccably crafted timepieces and Omega are undoubtedly a brand that falls into that bracket. Their most recent release, the stunning Omega Speedy Tuesday Watch, merely serves to reinforce this very fact and, better still, it is the first one of their timepieces which is available to be purchased online.

The Speedy Tuesday Watch from Omega comes, as you would probably expect, from their Speedmaster collection of timepieces and is a new Limited Edition model that expertly brings together some of the Omega Speedmaster’s best loved design features in a whole new timepiece that lovers of the Swiss watchmaker are certainly going to appreciate.

With a design influence taken from the original 1978 “Speedmaster Alaska III” model which was created specifically for NASA, it’s fair to say that those who love retro watches from Omega are going to be in their element here and the Speedy Tuesday Limited Edition Watch is a great nod to the Swiss watchmaker’s traditions. This new timepiece has stayed true to these traditions and qualities with a brushed matt-finish stainless steel casing and easy to read, radial subdials with enlarged numerals. 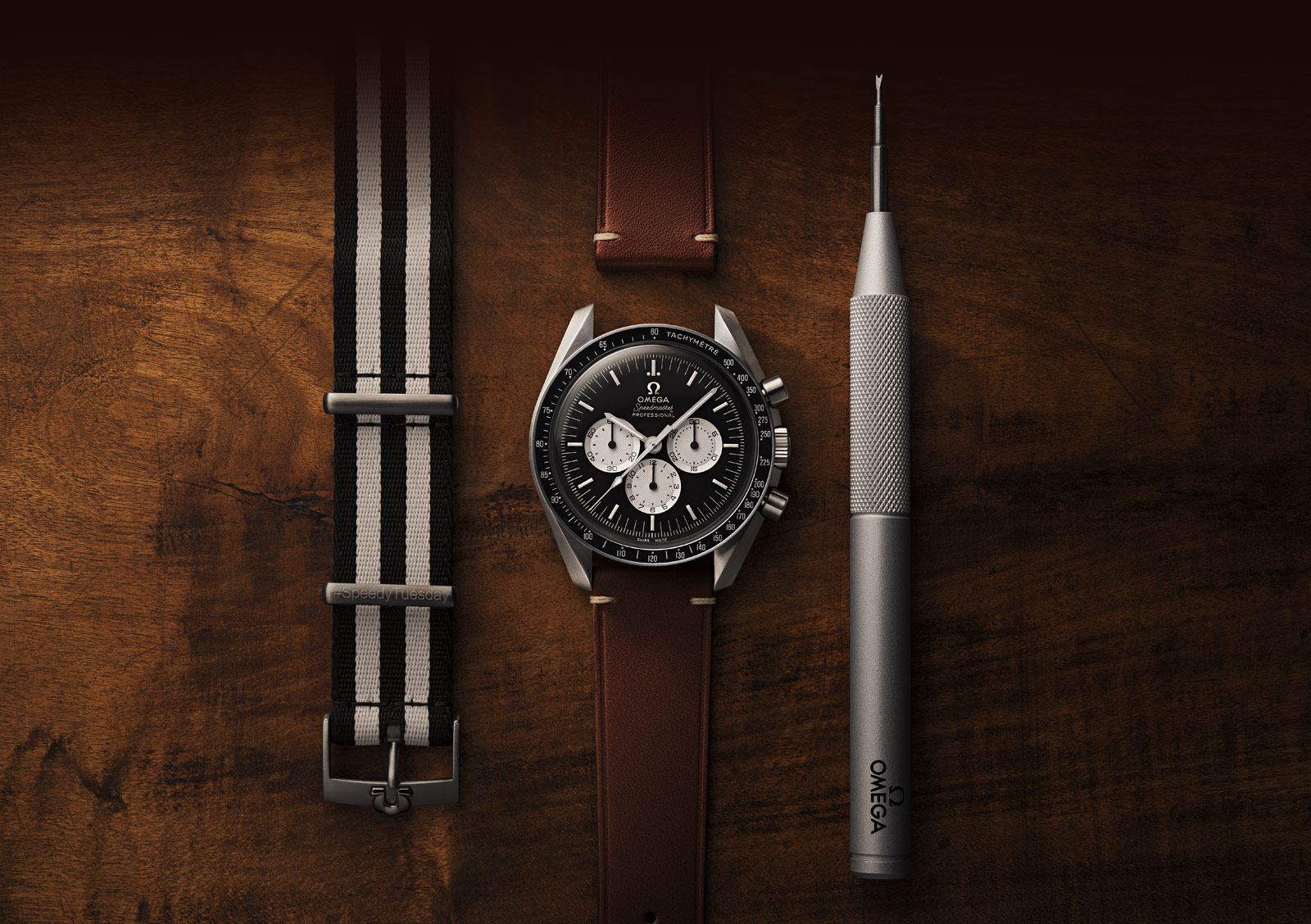 As you would expect from an Omega watch, the movement with the Speedy Tuesday is a sight to behold and it is powered by the iconic hand-wound calibre 1861, which is more or less the exact same movement that powered the watches that NASA’s astronauts were wearing when they landed on the surface of the moon – which, we can all agree, is a pretty cool feature. Crafted from a high-grade rhodium-plated finish, the movement represents an important step in the evolution of the Speedmaster collection of watches from Omega. 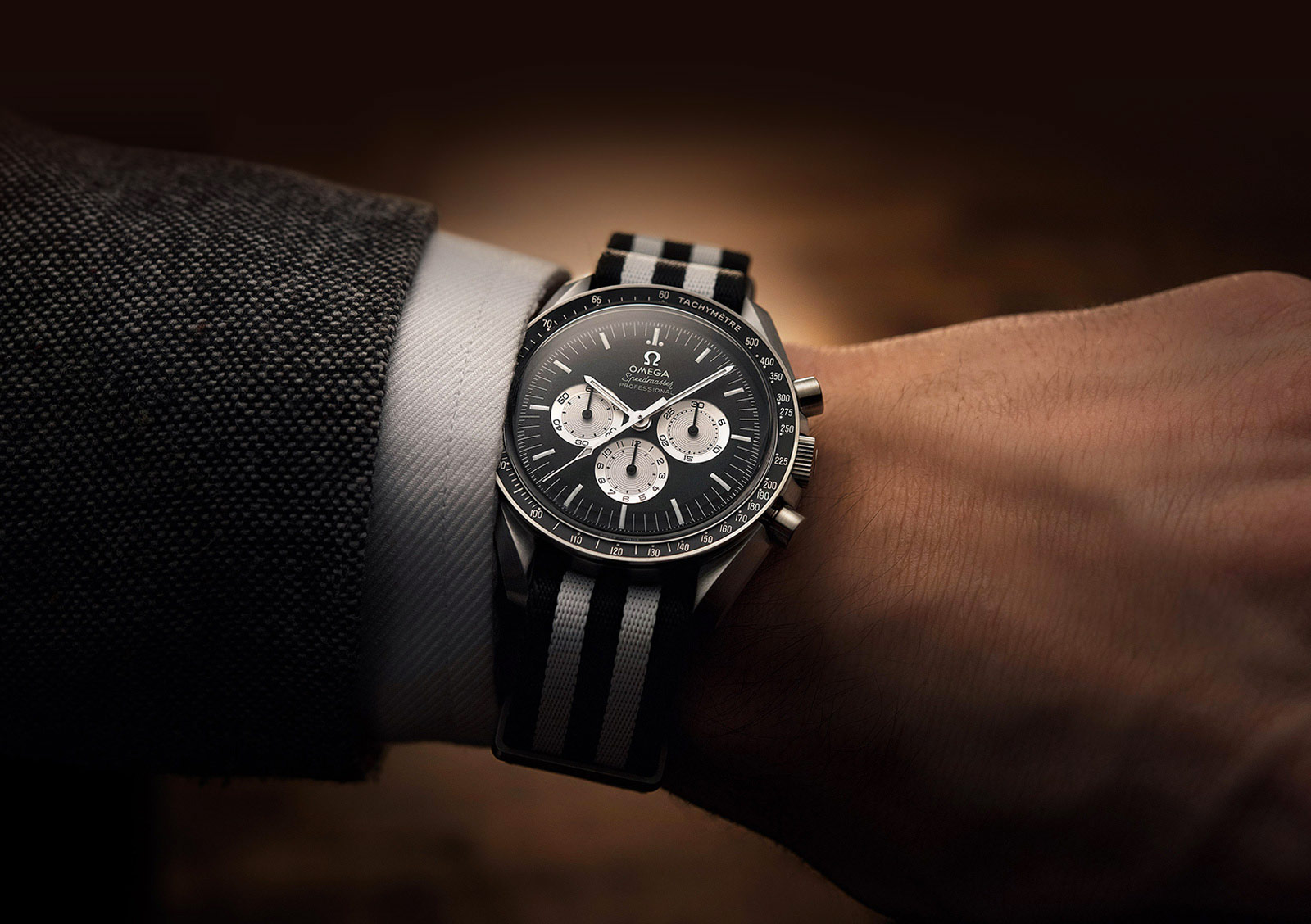 There are all sorts of neat little design touches to be found all over the Omega Speedy Tuesday timepiece and just a few that immediately stand out include a domed hesalite crystal with a central Omega logo, the caseback is stamped with a seahorse medallion and encircled with the phrase “SPEEDY TUESDAY ANNIVERSARY – A TRIBUTE TO ALASKA PROJECT III” and boasts the Limited Edition number of your particular timepiece and a striking brown leather strap with a vintage cut and stitching.

You know when Omega release a limited edition timepiece, it’s going to be a pretty big deal and that excitement will be high around it so if you’ve liked what you’ve seen with the Speedy Tuesday watch, you’re going to need to move pretty quickly to get one on your wrist. With only 2012 pieces being made, it is a mighty exclusive offering from the Swiss watchmakers and each timepiece is presented in a eye-catching leather watch roll which contains an extra black and white NATO strap with #SpeedyTuesday engraved on the strap’s loop. 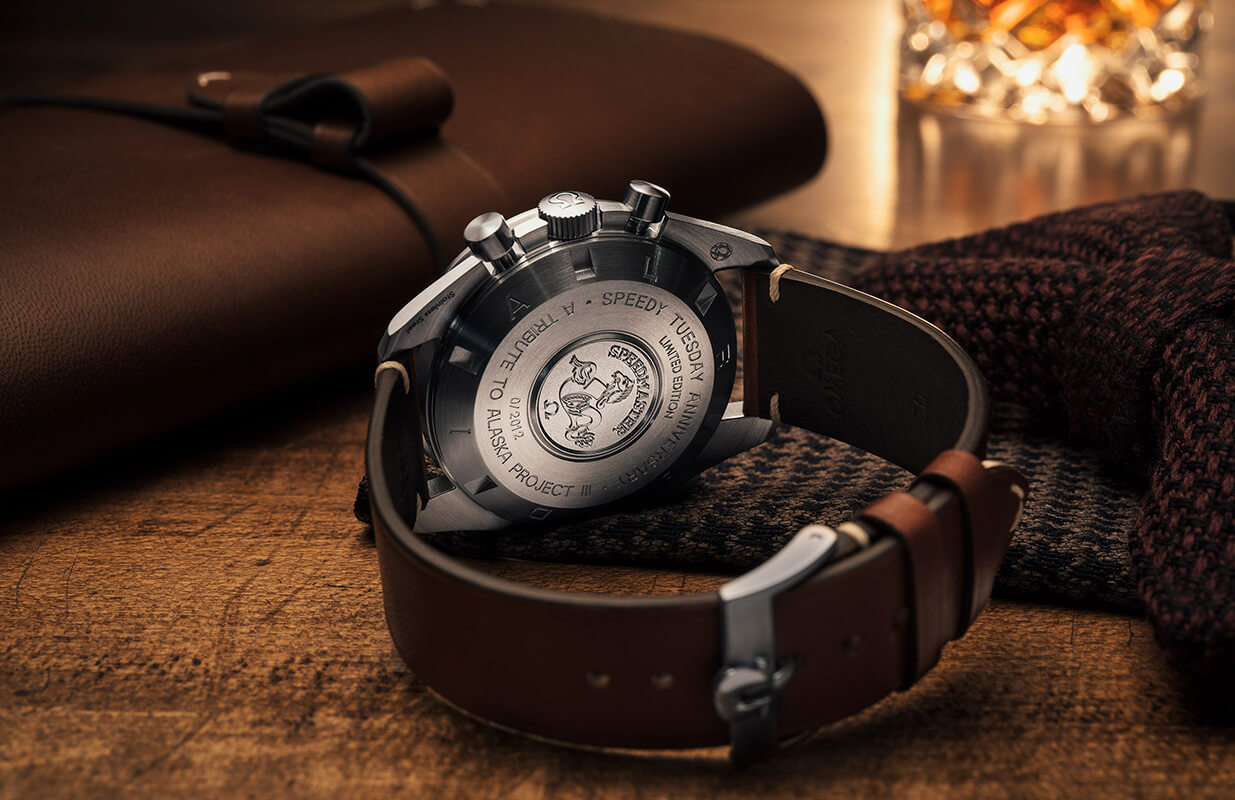 Omega know what they’re doing when it comes to watches and for any fans of the brand and, in particular the timepieces that they produced for NASA astronauts landing on the moon, the Speedy Tuesday watch from Omega will be the ultimate luxury accessory for you. Available from summer this year and costing around £4k, it’s a real investment and perfect for any lover of luxury watches.

Written By
Leo Davie
More from Leo Davie
For those of you that like a watch that you can wear...
Read More