A sneaker collaboration is usually between two brands. They come together to make a one-off release that identifies each side’s superlative qualities and creative spark. Well, we did say usually. 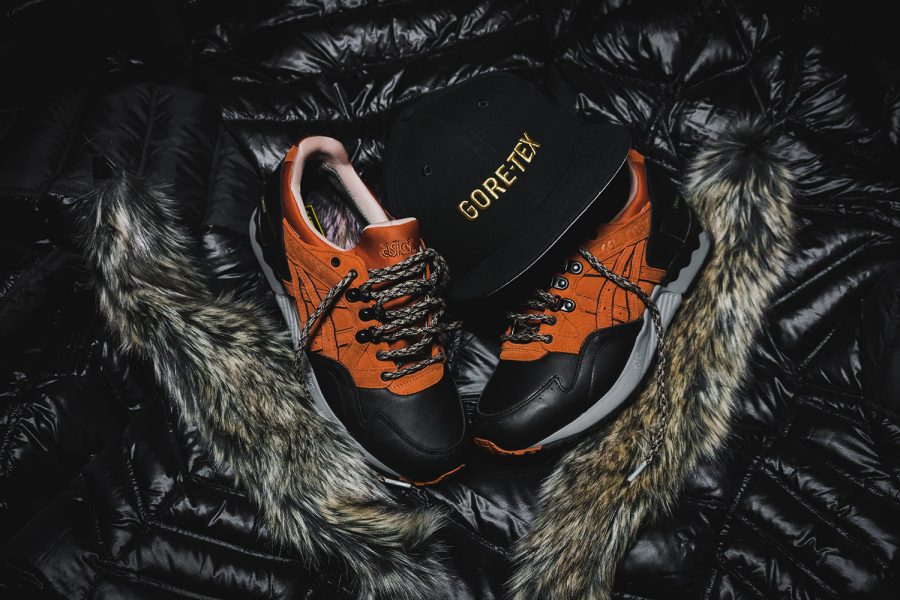 So, what do you get when three brands come together to pay tribute to another brand, essentially making it a four-way collaboration? You get the ‘Scary Cold’ Collection. Released this past January, 28, the ensemble for this collab is formed of famed Japanese shoe brand ASICS, globally known N.Y headwear manufacturer NEW ERA and New Jersey based sneaker boutique Packer Shoes all paying a sublime tribute to insulation extraordinaire’s, Gore-Tex.

In From The Cold

Given Gore-Tex have been partnering up with ASICS for the past few years on the Gel Lyte V silhouette, it was only fitting that the tribute to them be on the same model. Inspired by their infamous orange and black jacket seen on Jason Alexander’s character, George Costanza in the hit show Seinfeld, the ‘Scary Cold’ Collection saw the GL V come in black buttery premium leather on the toe box and heel that includes the traditional Gore-Tex branding tab. Eye catching and stunning rust colour suede and black ballistic mesh under the ASICS logo completes the upper. 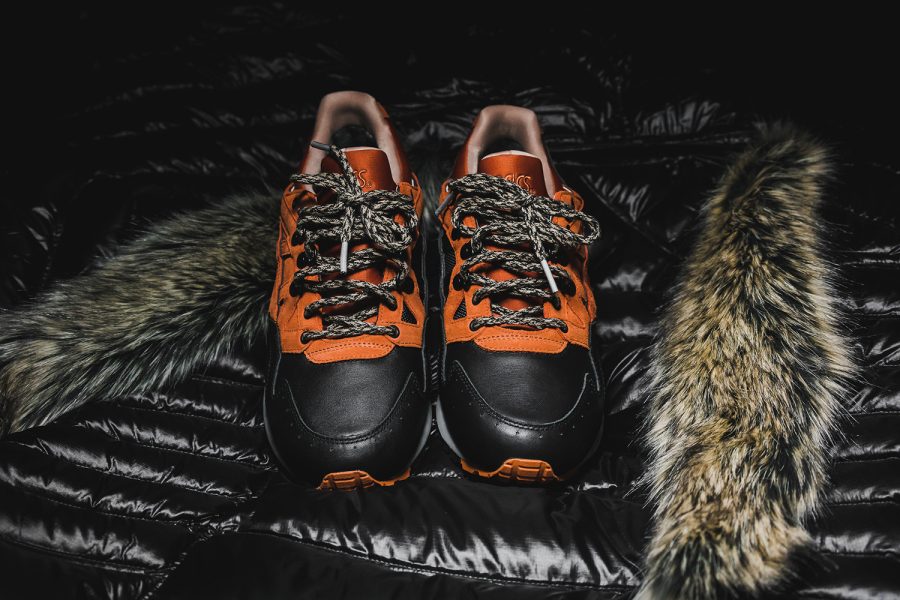 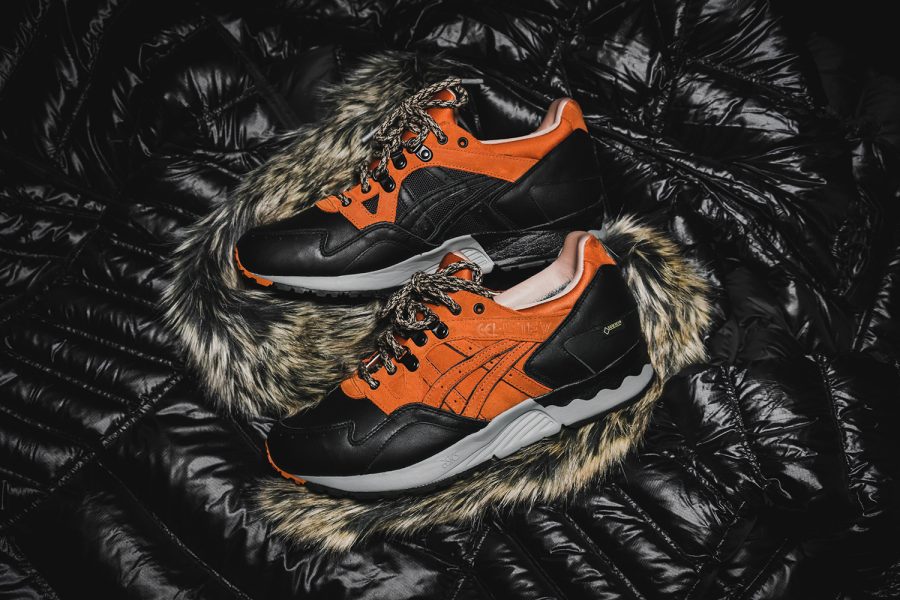 True to Gore-Tex wintry form, the silhouette features hiking boot style metal eyelets as well as round hiking boot style laces and finished off with Packer branding on the insole along with a grey midsole and black tread. Oh, we forgot to mention, the Gore-Tex insulation is included in the lining. All in all, there is an awful lot to appreciate with these awesome looking Packer x Asics x New Era ‘Scary Cold’ Sneakers. 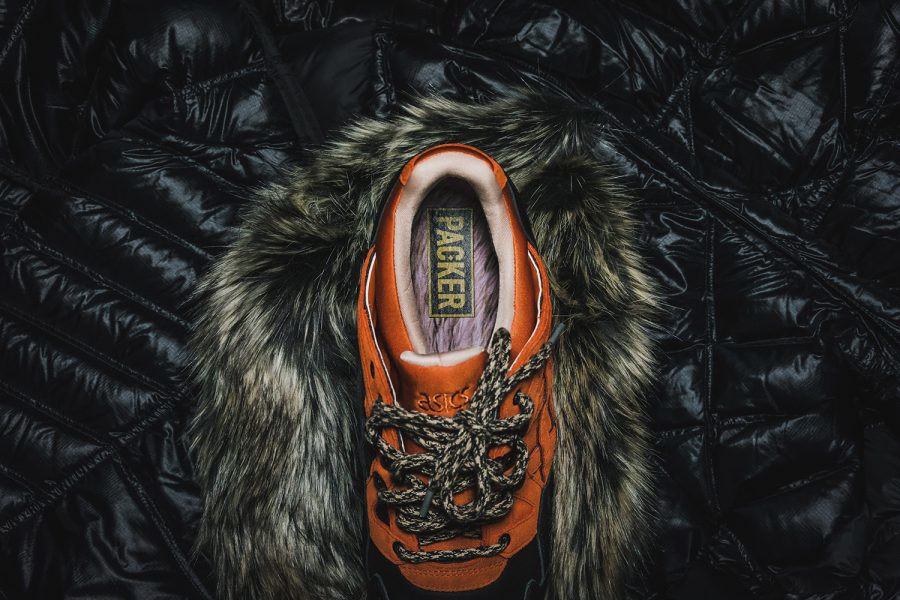 But that’s not all. The pack also includes an extra spare set of rust coloured flat laces and two caps which were released separately that features the Gore-Tex logo on one and the New York Yankee’s logo in white on the other with Gore-Tex branding featured on the side.

Bold, vibrant, comfortable, stylish…these are all adjectives that can be tossed in the direction of this cracking sneaker collab and we’re massive fans of the aesthetics here at Coolector HQ. If you’re the sort of guy that likes your sneakers to have a bit of a backstory to them, these will more than fit the bill. 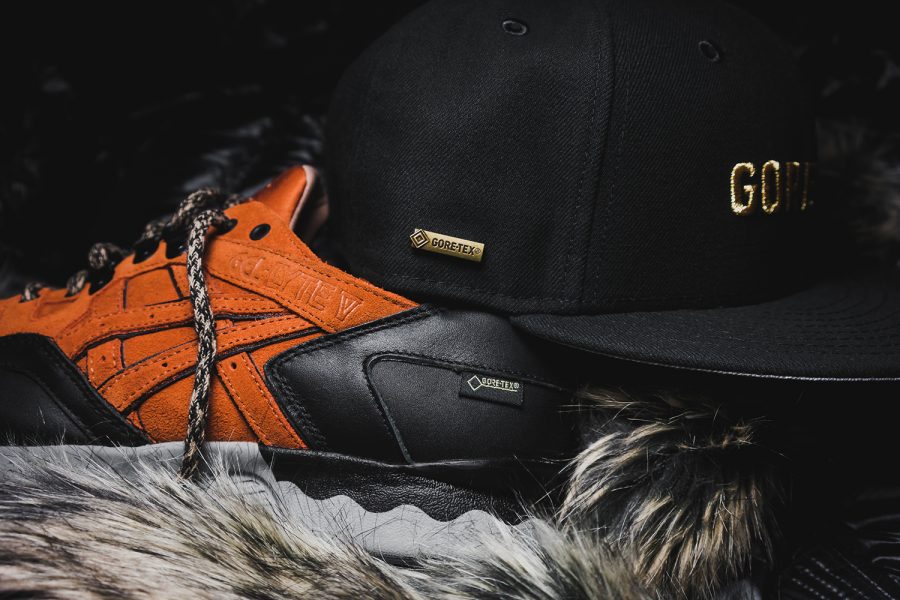 At The Coolector, we wish we could have been at the release. Rumour has it, buyers were treated to complimentary breakfast at Tom’s Restaurant in New York, the restaurant that played Monk’s café in the aforementioned TV show. We definitely get a warm and fuzzy feeling about this sneaker.