If like us here at Coolector HQ, you grew up in the 80s and 90s, you’ll be only too familiar with pixelated video 8-bit and 16-bit videogames and likely remember them with some considerable fondness. If that is indeed the case then you’re going to love this series of artwork called Pixel Art TV from Gustavo Viselner which celebrates some of the best loved TV shows of the last few years in brilliantly realised pixel form. 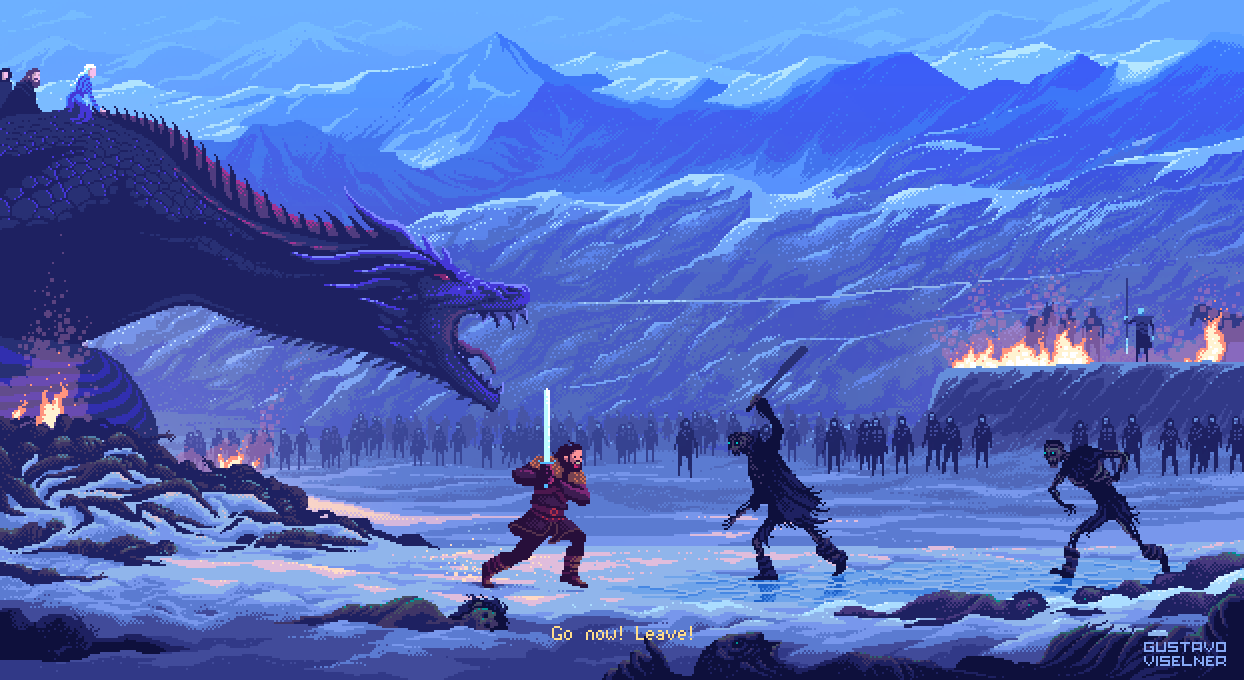 Pixel Art TV from Gustavo Viselner has got plenty of nods to popular culture favourites like Game of Thrones, Stranger Things, Breaking Bad and Better Call Saul so if you’re a fan of these shows and the old school adventure video games like Monkey Island, Day of the Tentacle and Broken Sword then you’re sure to love the eye-catching visuals that Viselner has served up in his cracking collection of designs.

The amazing visuals of today’s videogames are something that we wouldn’t change for the world but, that being said, not a day goes by where we don’t miss the sort of minimalist masterpieces that we were playing in the 80s and 90s. This Pixel Art TV series from Gustavo Viselner lets us imagine what the games would be like if a Breaking Bad, Doctor Who or Rick & Morty adventure video game was released 20 or 30 years ago. 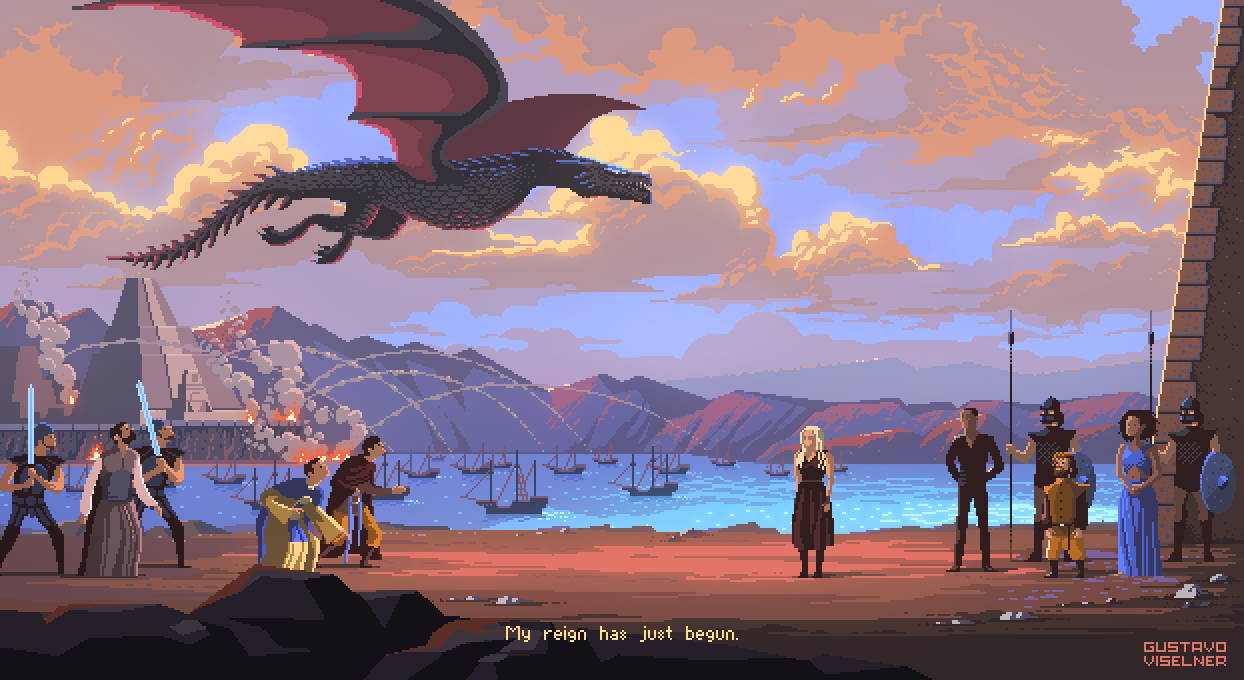 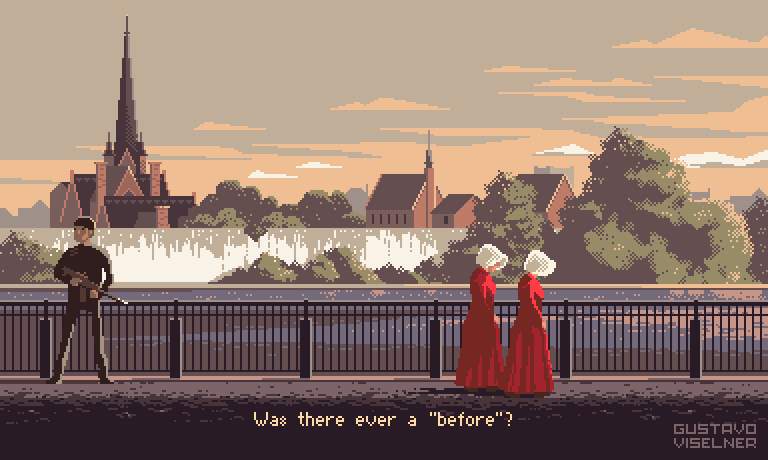 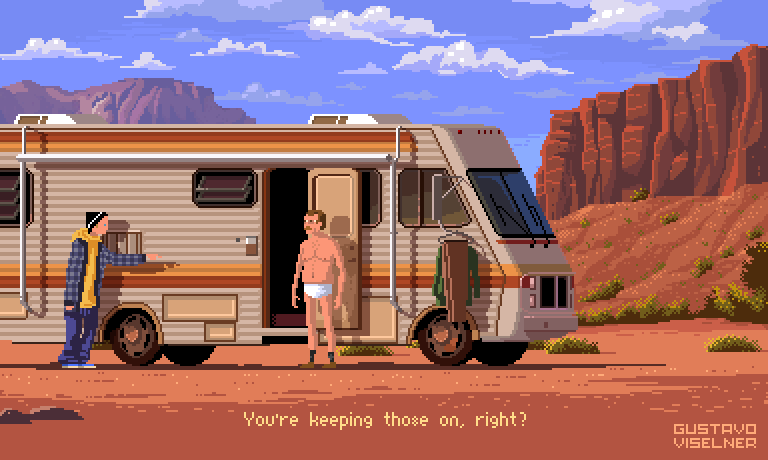 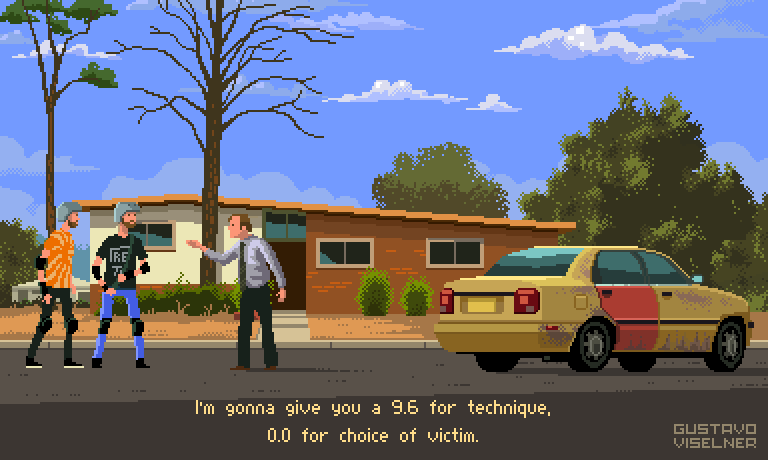 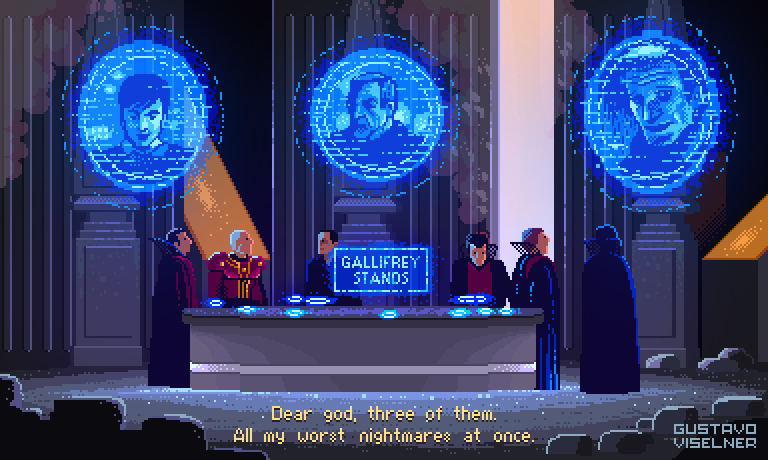 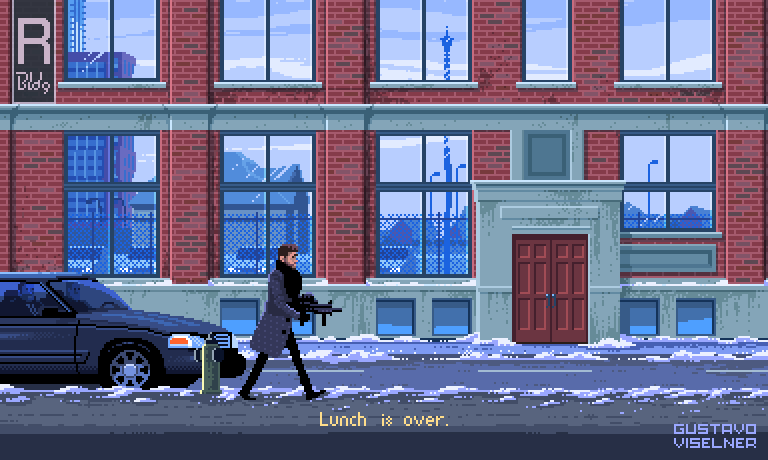 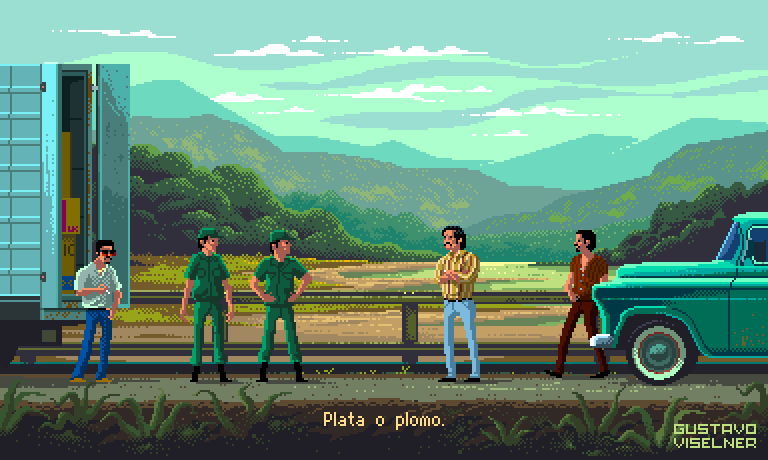 Immediately recognisable and delivering more than a few pangs of nostalgia, these Pixel Art TV designs from Gustavo Viselner really does bring some of our favourite shows to life and captures some of the most iconic and memorable scenes from these shows in old-school pixelated form. Some of the stand designs include the moment Eleven elevated the van in Stranger Things, Walter and Jesse in the desert in Breaking Bad and the porch scene from Westworld to name but a few. 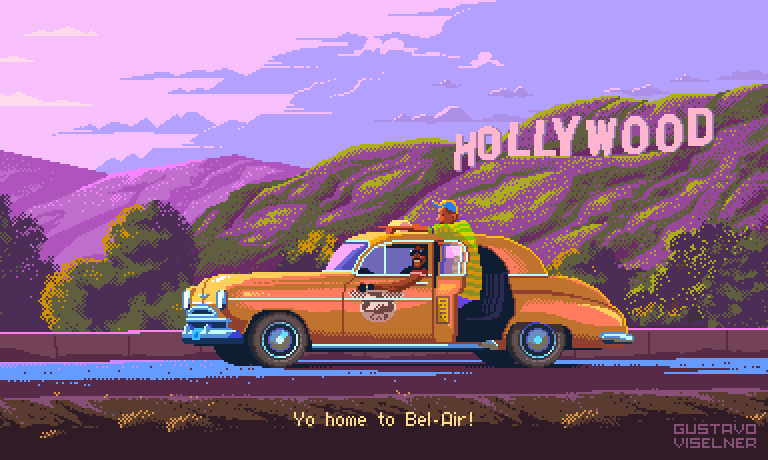 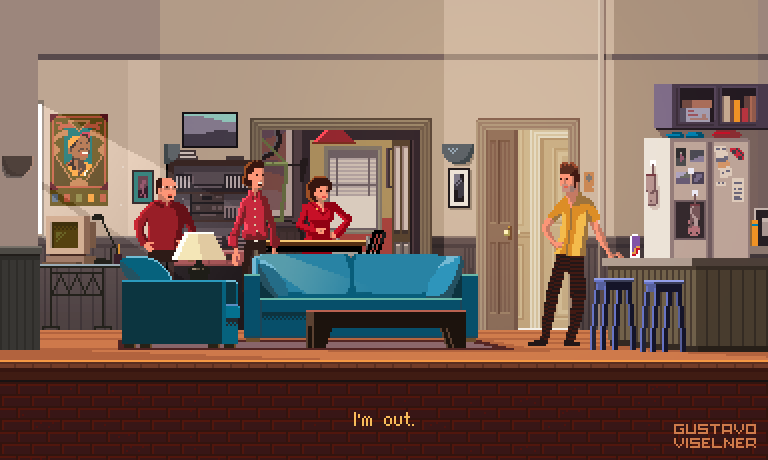 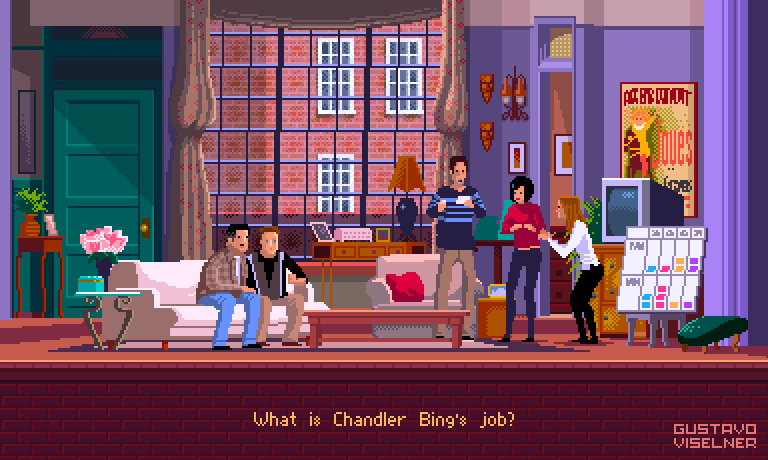 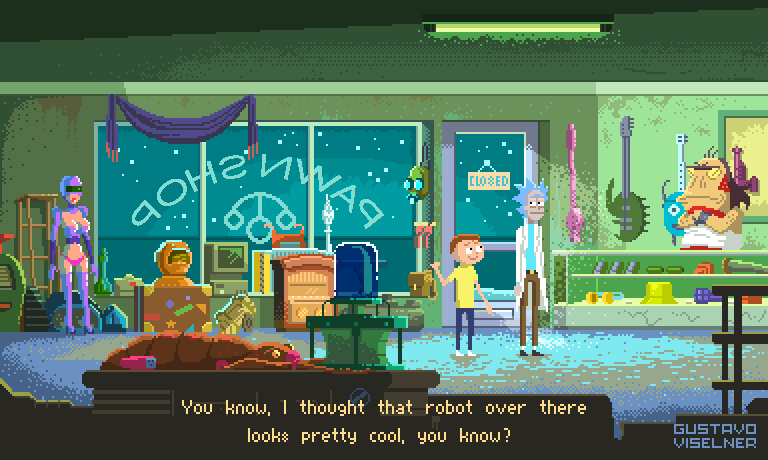 The 80s and 90s was a golden age for video games in our opinion here at The Coolector and that’s because it was chock full of graphical greatness like that which is witnessed in Viselner’s awesome Pixel Art TV series. With so many memorable scenes from our TV screens over the last decade or so being included in these mesmerising designs, you’re sure to find one that reflects one of your favourite shows and scenes within this uber cool collection.

Art in its Own Right

Viselner argues that pixel artwork is now an accepted medium for artists and we’re inclined to agree, especially when the finished products are as glorious as the first class offerings in his Pixel Art TV series of designs. This exemplary showcasing of 8-bit awesomeness really does evoke memories of a bygone gaming age and makes us want to fire up the classics like Secret of Monkey Island once again. 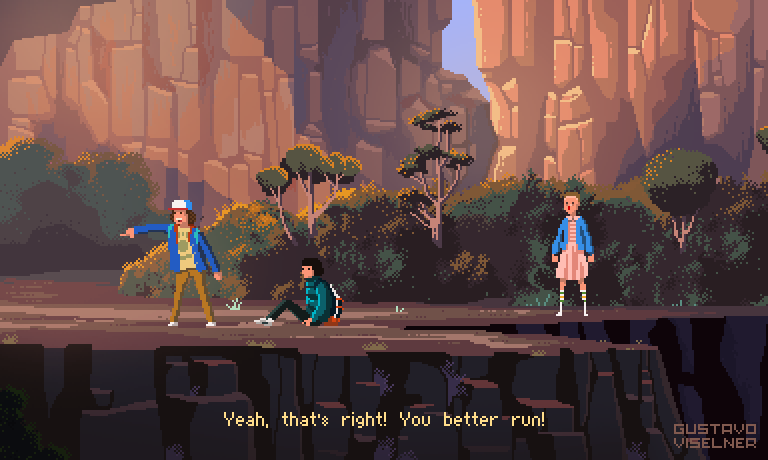 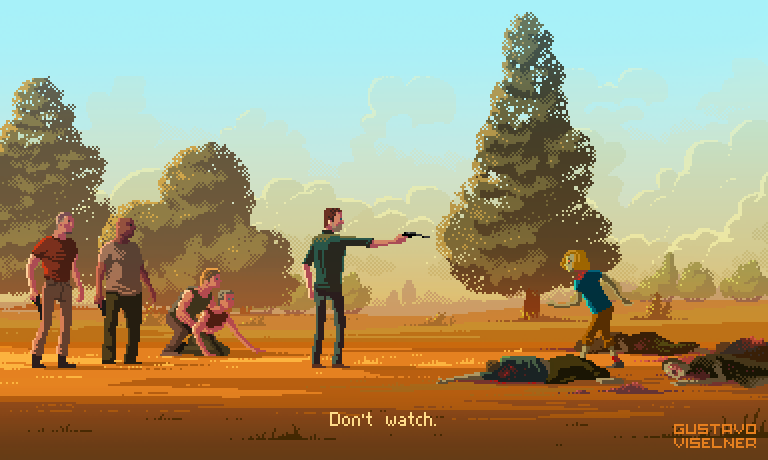 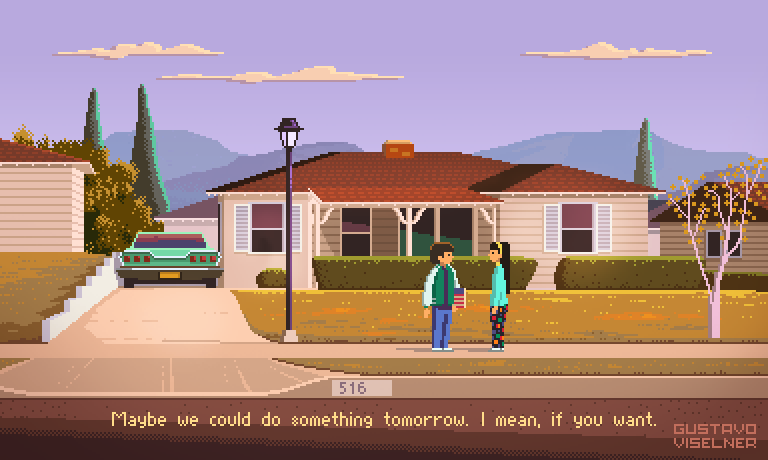 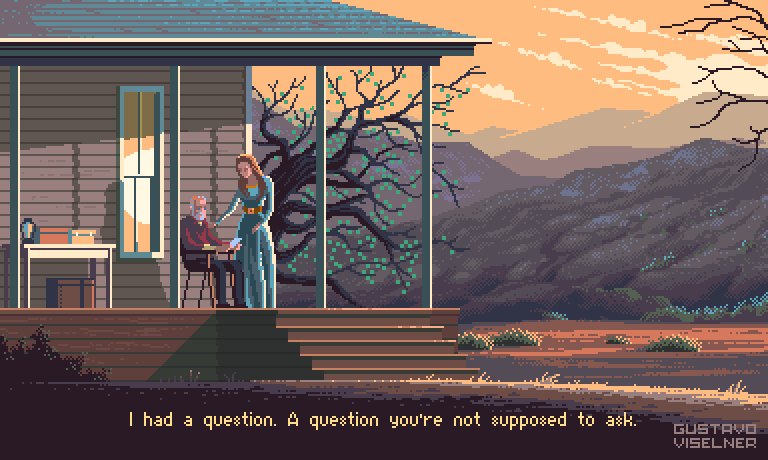 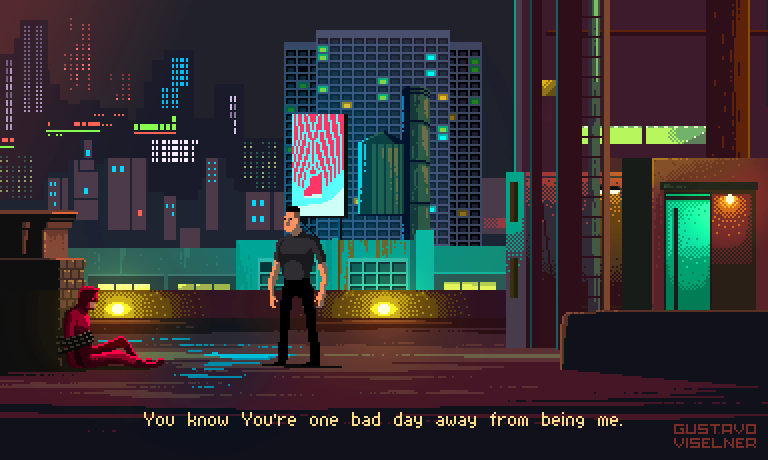 Fans of 80s and 90s video gaming are going to be in their element with this Pixel Art TV series from Viselner but it will also resonate with later generations because it is showcasing shows which are very much in the forefront of one’s thinking today such as Stranger Things, Westworld, Daredevil and Rick & Morty. Big fans here at Coolector HQ and we can’t wait to see what other shows (and hopefully movies) come under his microscope in 2018.