No, we’ve not made a scientific breakthrough and discovered a means of making chickens solar-powered but there is something potentially even more awesome to enjoy in the form of this glorious piece of architectural design that goes by the name of the Solar Egg and is the handiwork of a team of talented designers at Bigert & Bergström. 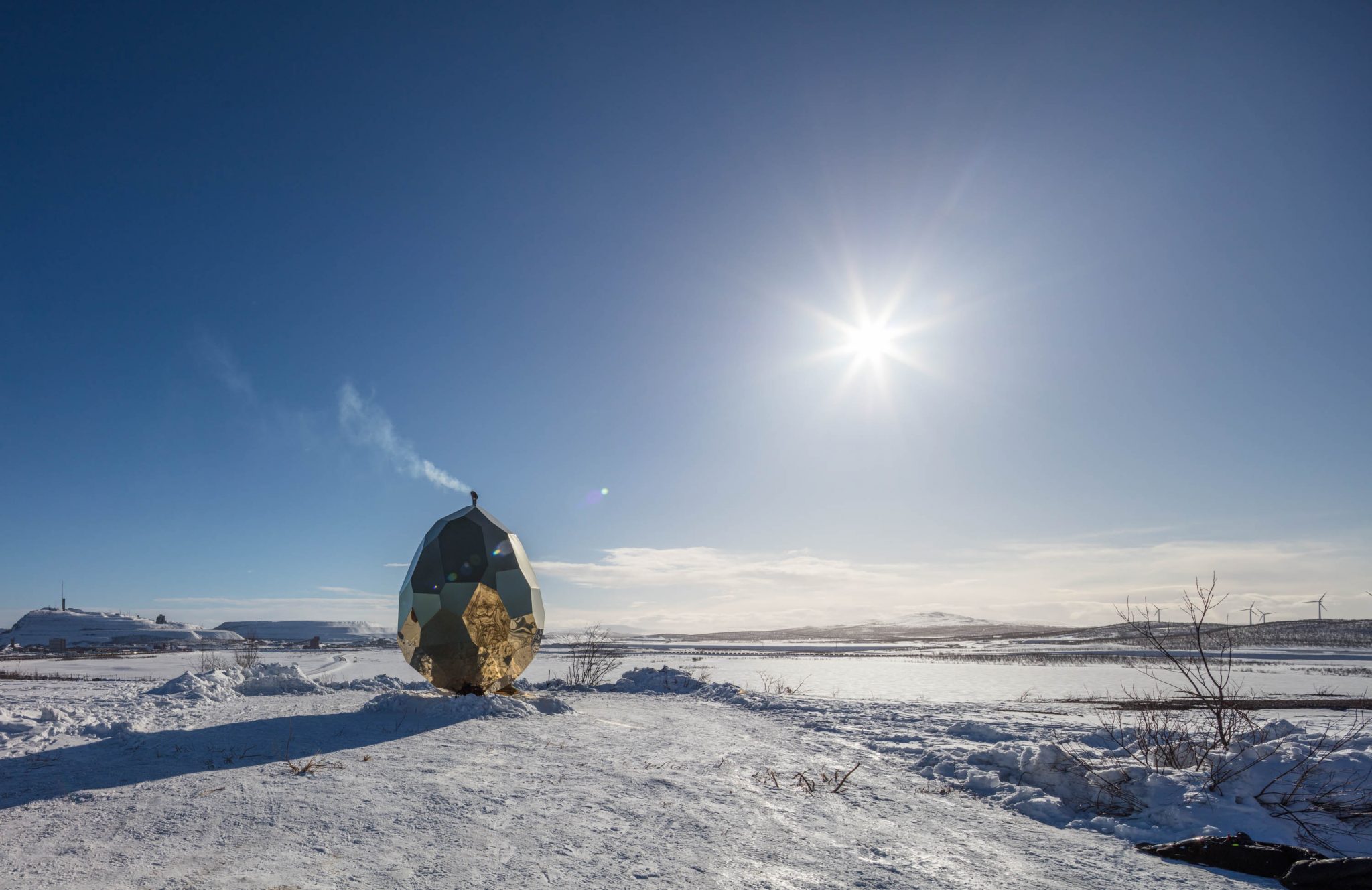 Described as a sculptural chamber, the Solar Egg from Bigert & Bergström is a (as the name might suggest) an egg-shaped sauna and it has recently been installed in Luossabacken in Kiruna, Sweden’s most northerly town. This eye-catching construct looks like an alien ship descended to earth (albeit a decidedly blingy one) and if you’re looking to sweat in style, the Solar Egg would certainly be our pick here at Coolector HQ.

Meticulously crafted and boasting breathtaking aesthetics, the Solar Egg is crafted from stainless golden mirror sheeting which gives it that real visual impact because its multifaceted form does an incredible job of breaking up the surroundings and it reflects these surroundings into a whole host of different mirror images, each more spectacular than the last. This is no mean feat from a design point of view and is testament to the talents of the designers at Bigert & Bergström. 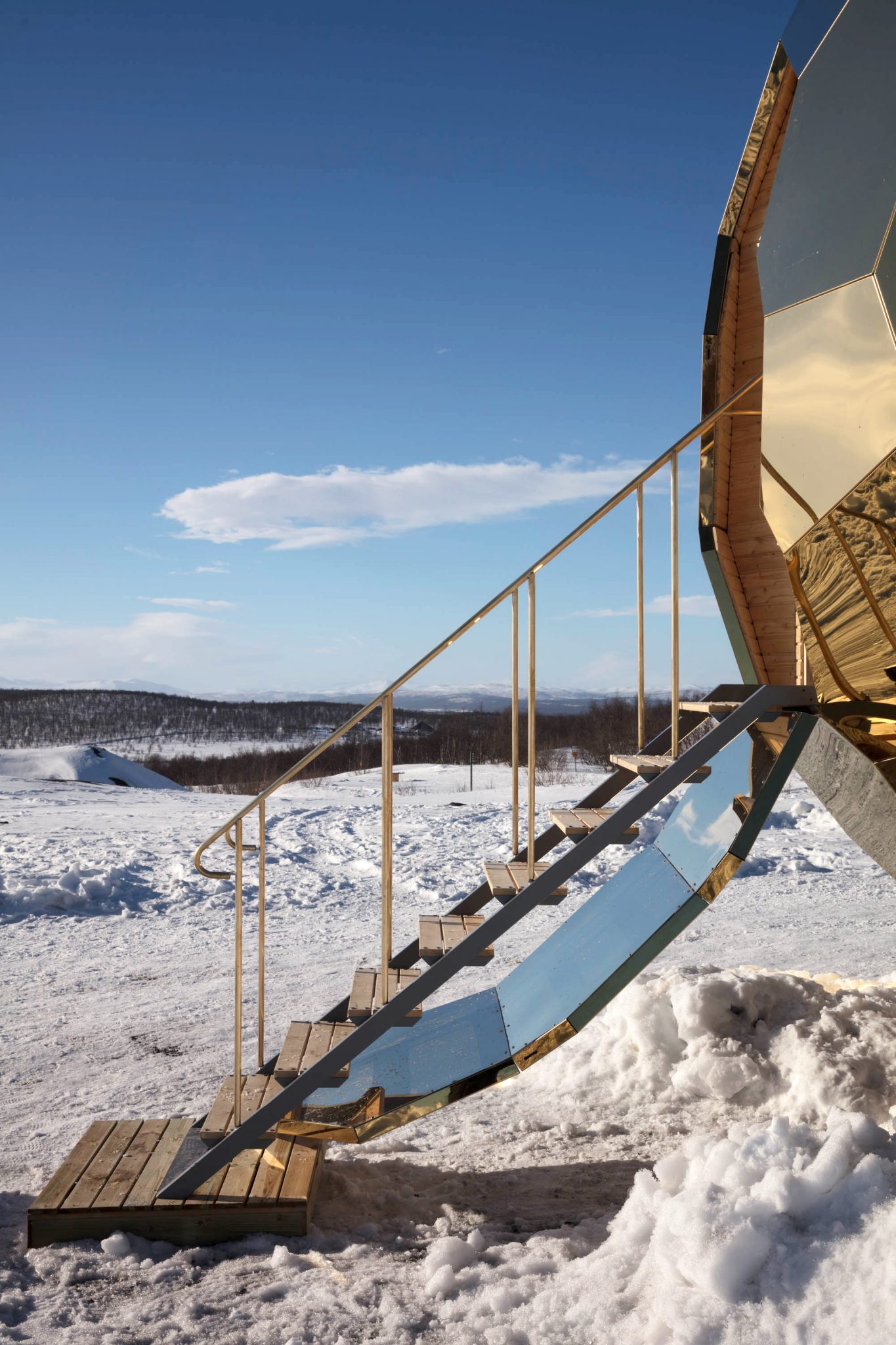 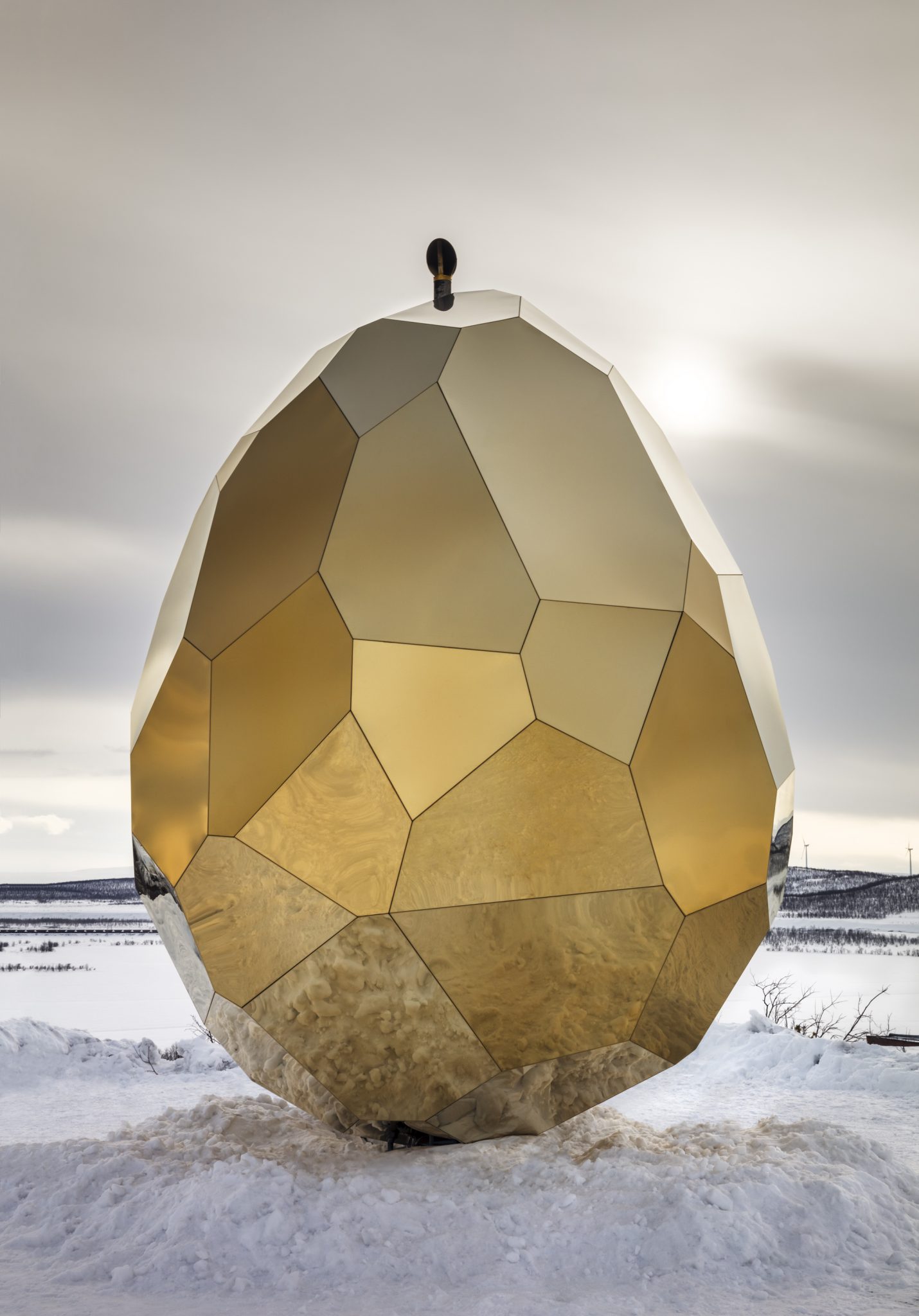 The town of Luossabacken in Kiruna, where the Solar Egg is situated, is known for the quantities of iron ore that it has and it is currently undergoing a huge transformation that has town wide implications. The whole town is being moved so that mining company LKAB can extract more of the iron seam that cuts diagonally downwards beneath the town. The iron ore is an important source of income for Sweden, and absolutely crucial for the town of Kiruna. 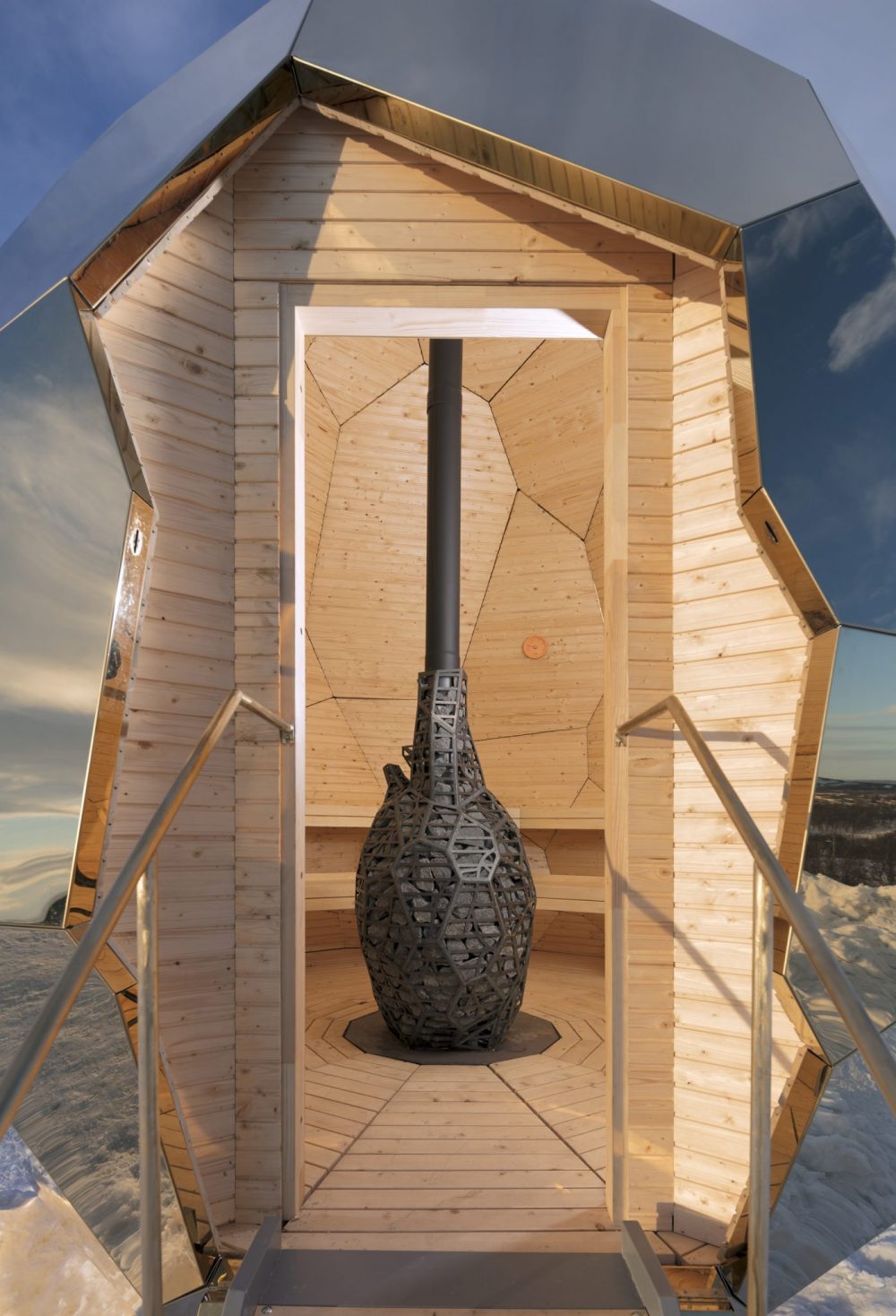 Given the harshness of the climate in Kiruna, the Solar Egg offers a respite from the winds and snow and serves as a place for the residents to meet and discuss the huge changes facing their little town. The interior of the Solar Egg from Bigert & Bergström has been crafted out of wood, with the wall panels and floor decking made out of pine and the bench of aspen – which makes it a classy looking sauna indeed and we’re big fans of the aesthetics here at The Coolector.

Attention to detail is the name of the game with the Solar Egg and, in its centre, you’ll find the wood-heated, heart-shaped sauna stove which has been hewn from iron and stone. The temperature inside the Solar Egg is not for the heat adverse and typically varies between 75° and 85° Celsius so you’ll definitely be sweating it out inside this magnificently designed construct. 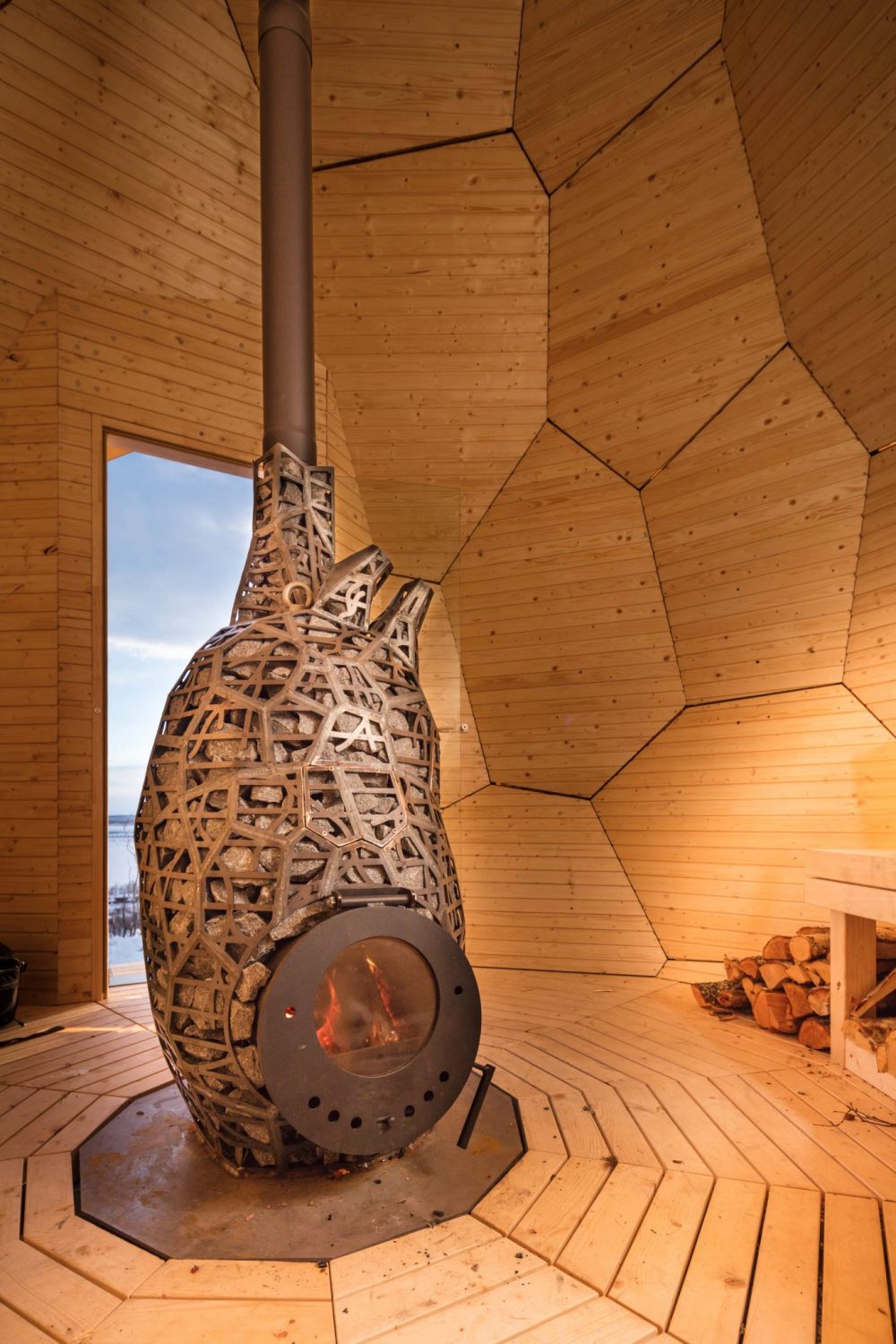 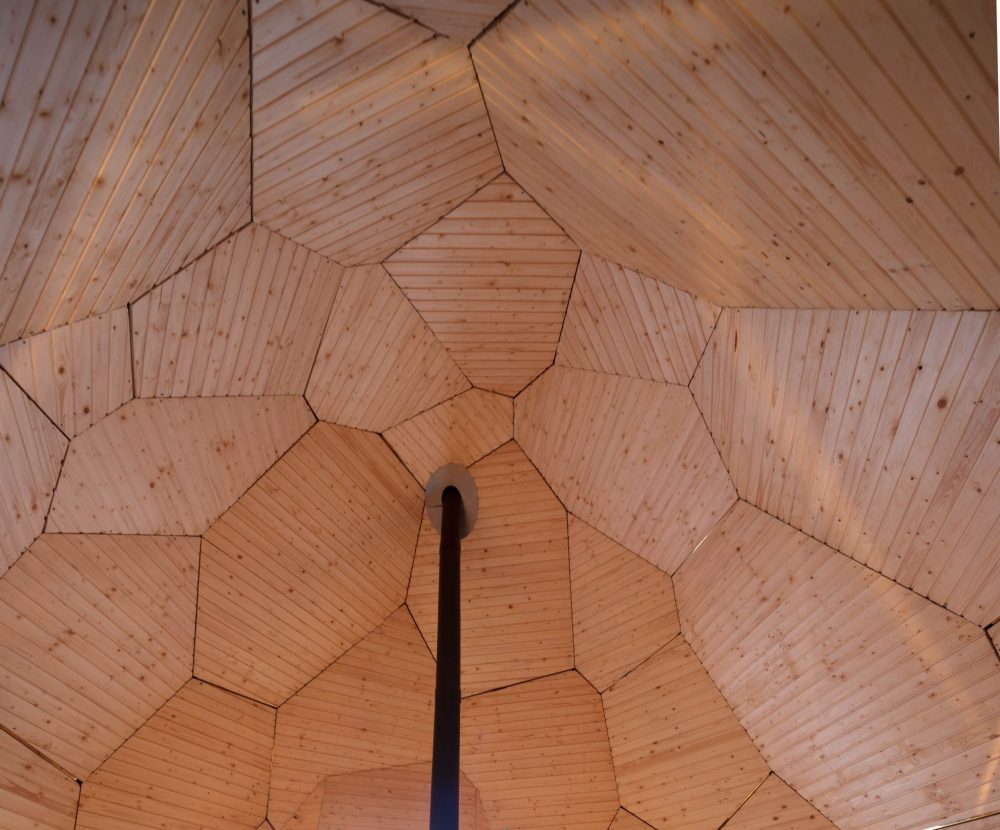 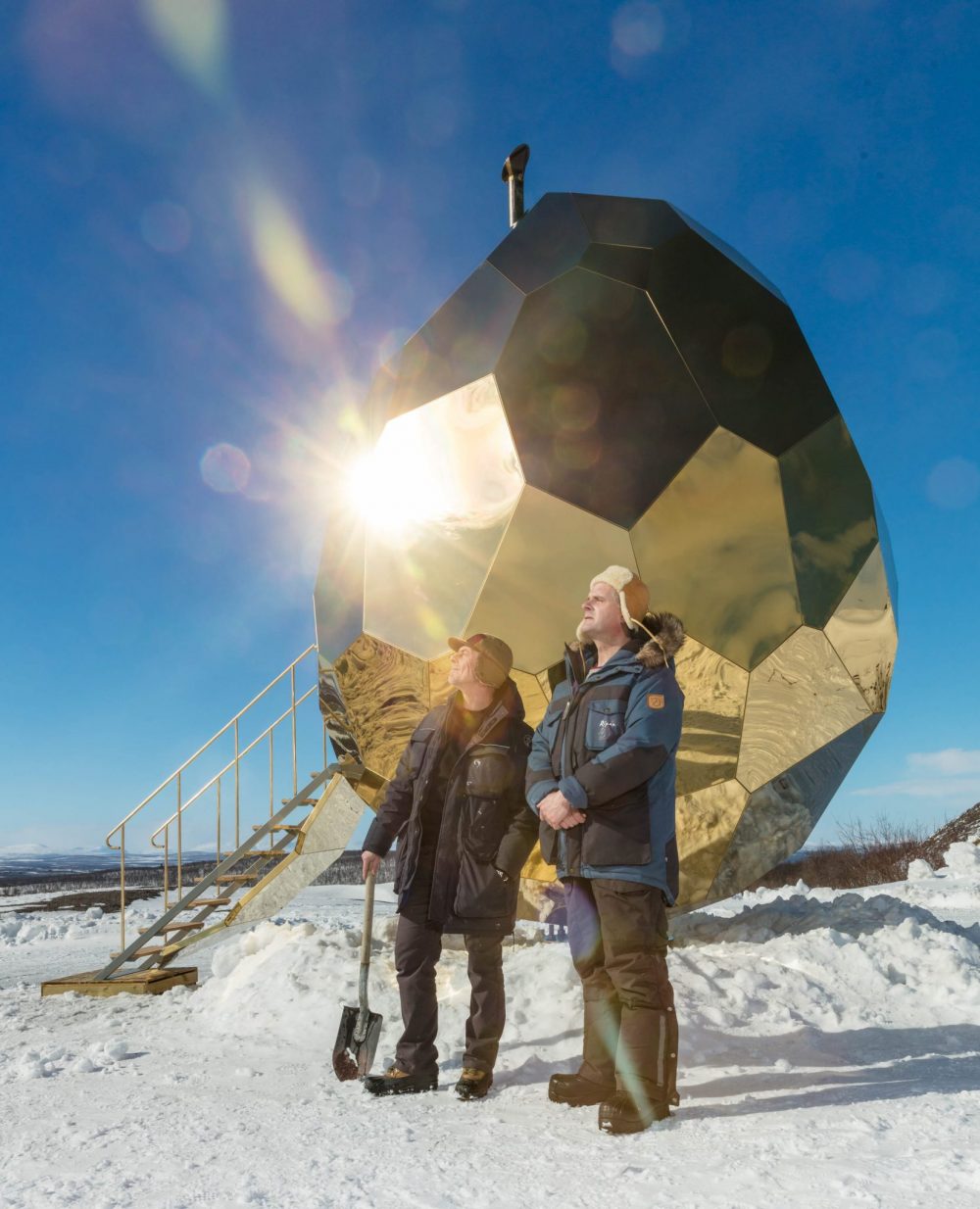 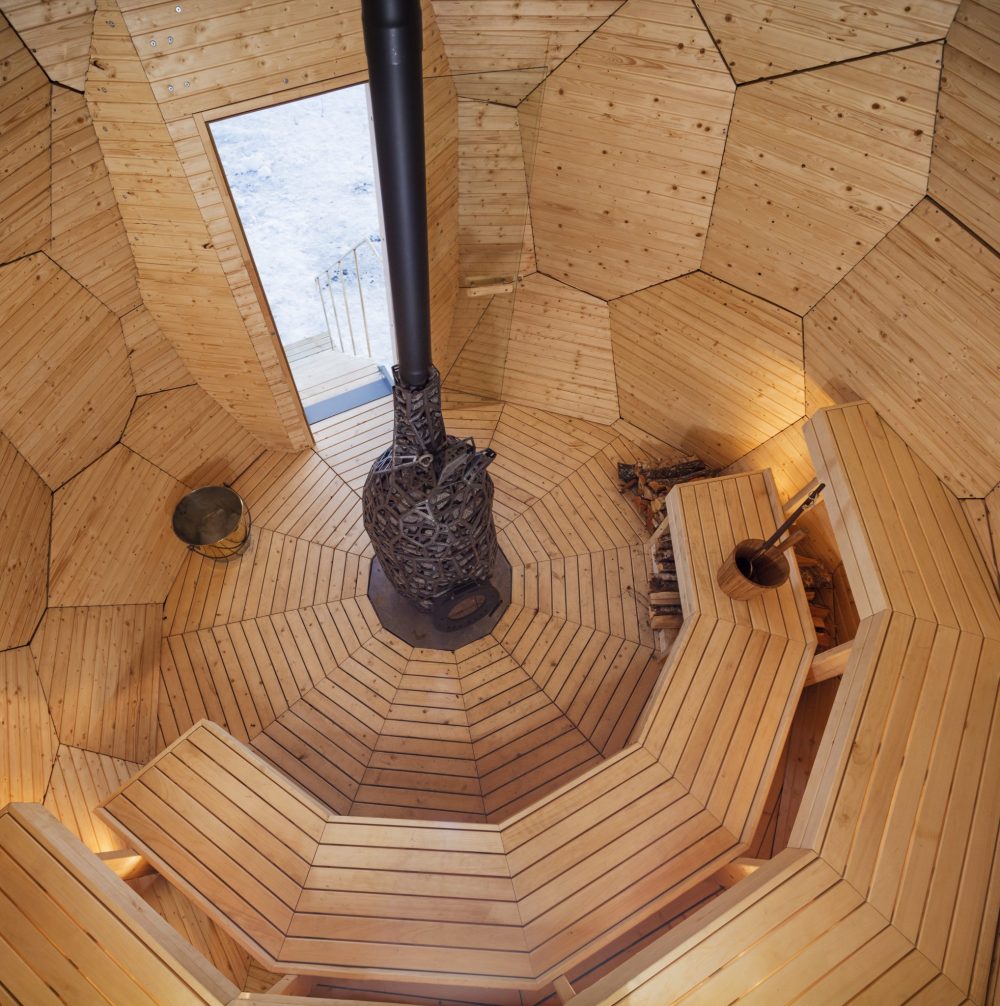 The Solar Egg from Bigert & Bergström is a superb piece of architectural design, of course, but it is much more than that as well and is a symbolic structure which is indicative of the changes the town of Kiruna is going through and a perfect meeting place to discuss the changes afoot.

Written By
Leo Davie
More from Leo Davie
There is something infinitely more rewarding about making something with your own...
Read More