One of the closest luxury hotels to the temples of Angkor Wat, Templation is the perfect base for exploration but, truth be told, it's so incredible you won't ever want to leave.

The final stay for us in Siem Reap almost didn’t happen and was a last minute addition to our itinerary but we’re so glad we stayed an extra couple of nights in the beautiful Cambodian second city because where we resided, the Templation Hotel a stone’s throw from the gateway to Angkor Wat, was, at the risk of sounding cliched, simply too good to be missed.

Nestled away from the hustle and bustle of the centre of Siem Reap, with its pubs, restaurants and vibrant night life, you’ll find an entirely undiscovered gem in the form of Templation and for those of you that love understated luxury, out of this world service and aesthetically superior interior design, this hotel has it all and so much more and, for us here at Coolector HQ, it was the jump off point for our own explorations of the mesmerising temples of Siem Reap so will have a special place in our hearts for that reason too. 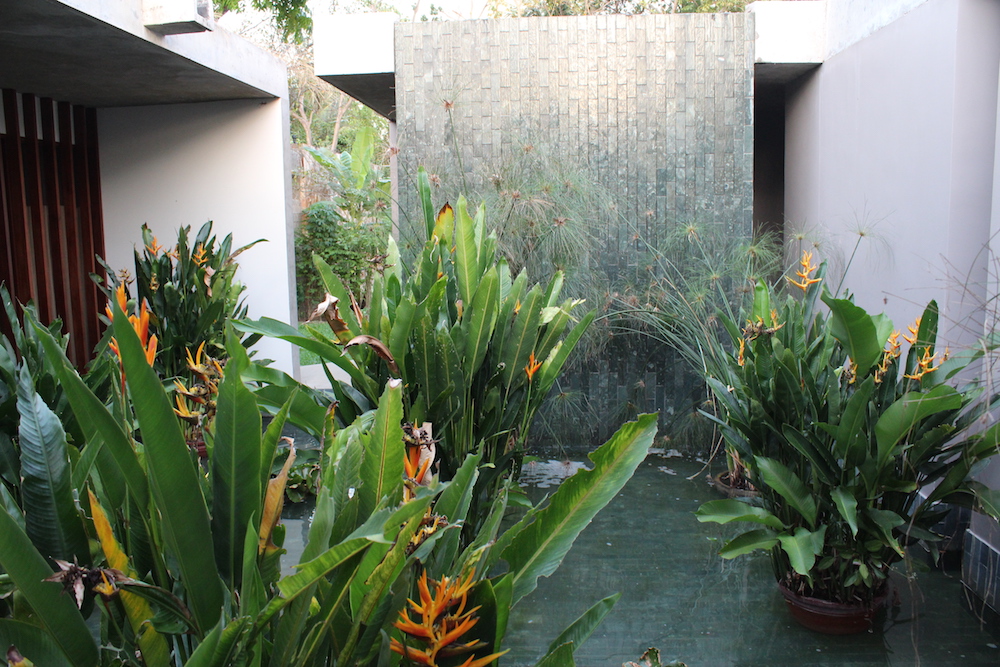 The Templation Hotel forms part of Maads Asia’s ever growing roster of hotels in Cambodia and is one of their latest additions and we can genuinely say that you’re unlikely to experience luxury and customer service of this calibre anywhere else out there. With a genuinely warm welcome and breathtaking first sight of the hotel which dawns upon you as you walk through an elevated walkway across a serene pond, its clear to see that a lot of stock has been put in first impressions at Templation and, we’re glad to report, things keep on getting better after check in is over.

With Templation Hotel in Siem Reap you really are getting the best of both worlds as it delivers the level of luxury and relaxation that you’d expect from a hotel of this calibre but it maintains an exceptional level of traditional Cambodian charm whilst doing it and you’ll fall in love with each and every one of the design choices that have been made throughout the hotel’s stunning communal areas and in the hotel rooms themselves. 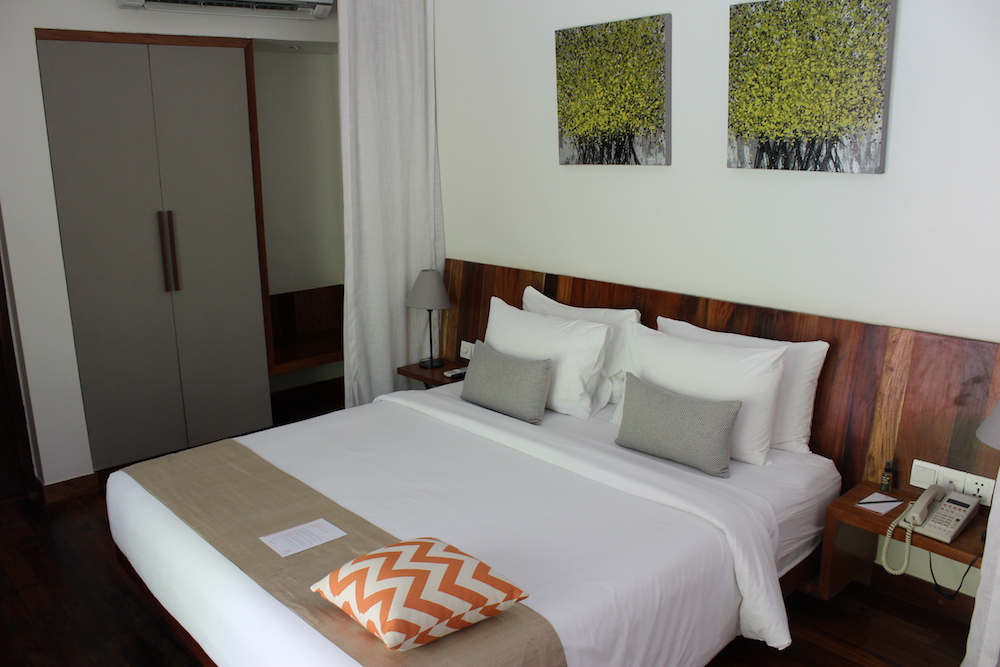 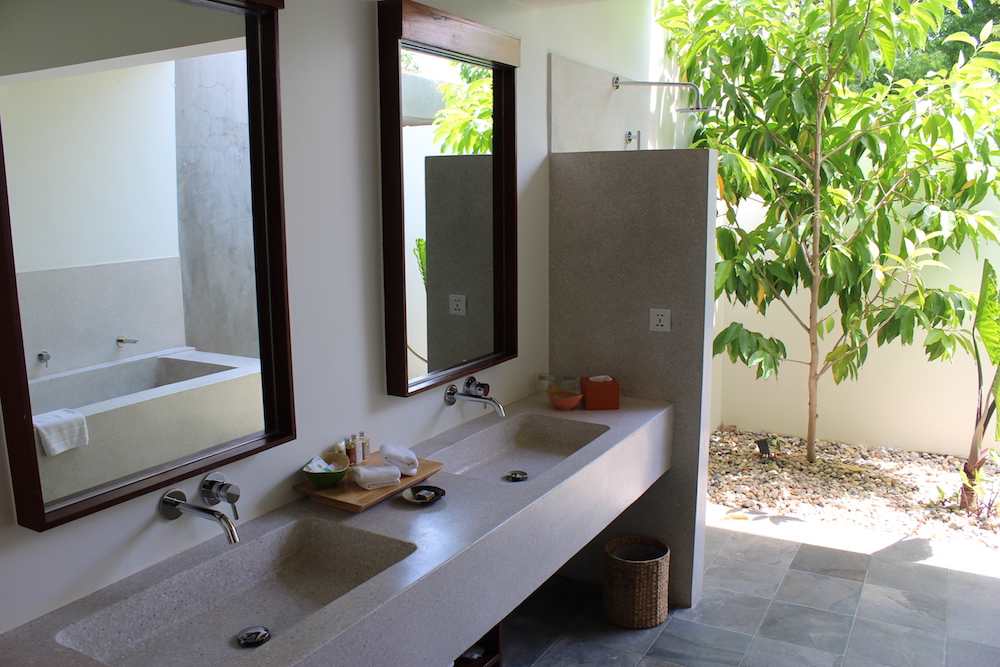 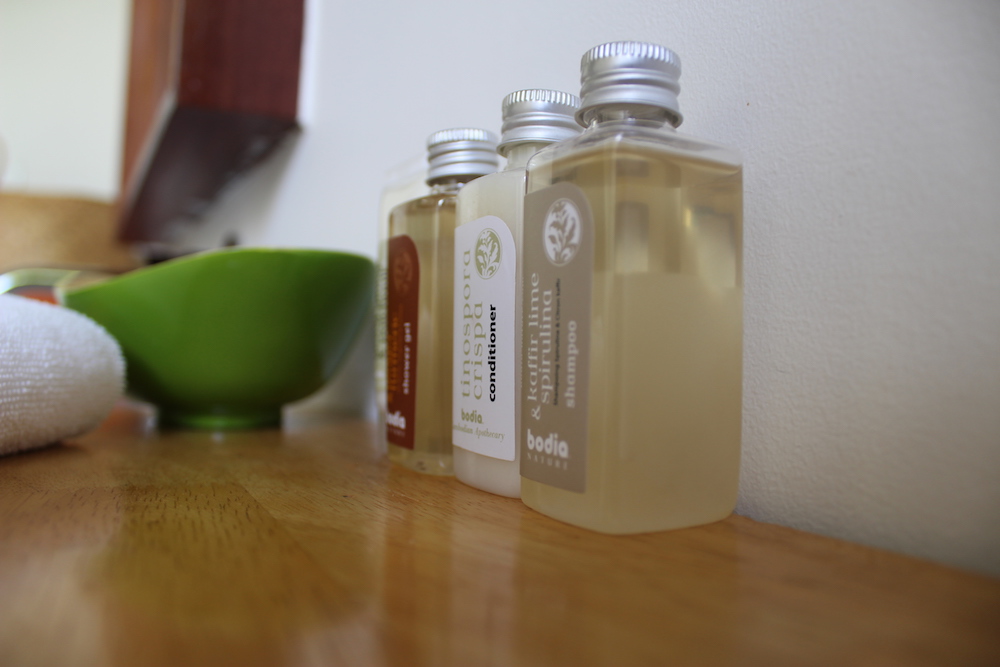 Boasting 33 suites and villas, this small but perfectly formed resort is wonderfully situated within a beautiful swathe of tropical fauna including palm trees and an abundance of eye-catching plant life. With the majority of the rooms having their own private pools, Templation Hotel is a real home away from home and, even if you do stay in a room with a private pool, as we were lucky enough to here at The Coolector, you’ll not want to miss the resort’s utterly astounding infinity pool – which is one of the biggest, and unquestionably the most spectacular, in the whole of Siem Reap. 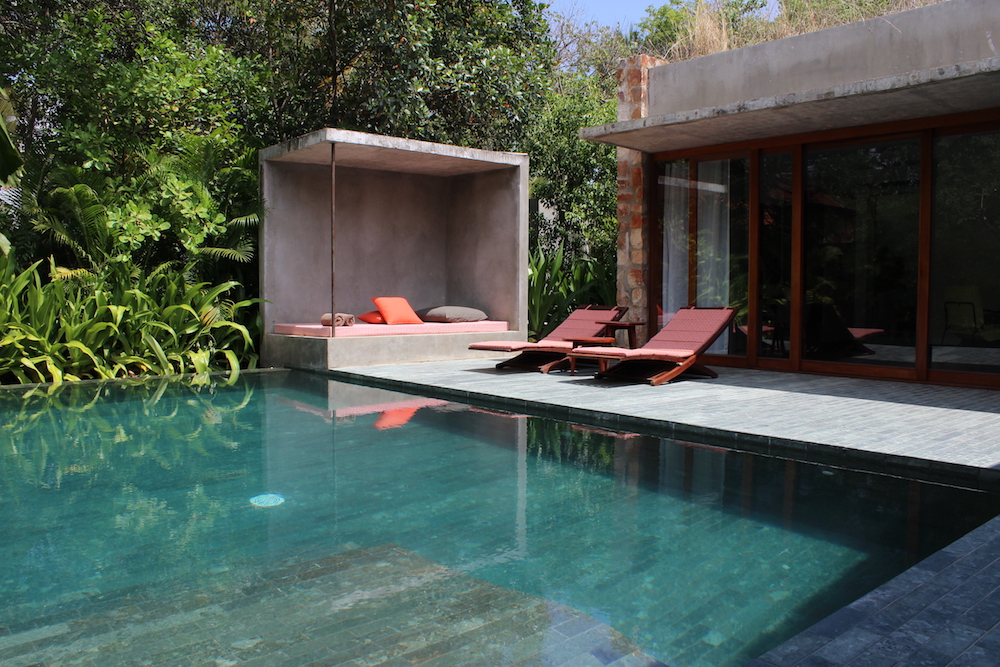 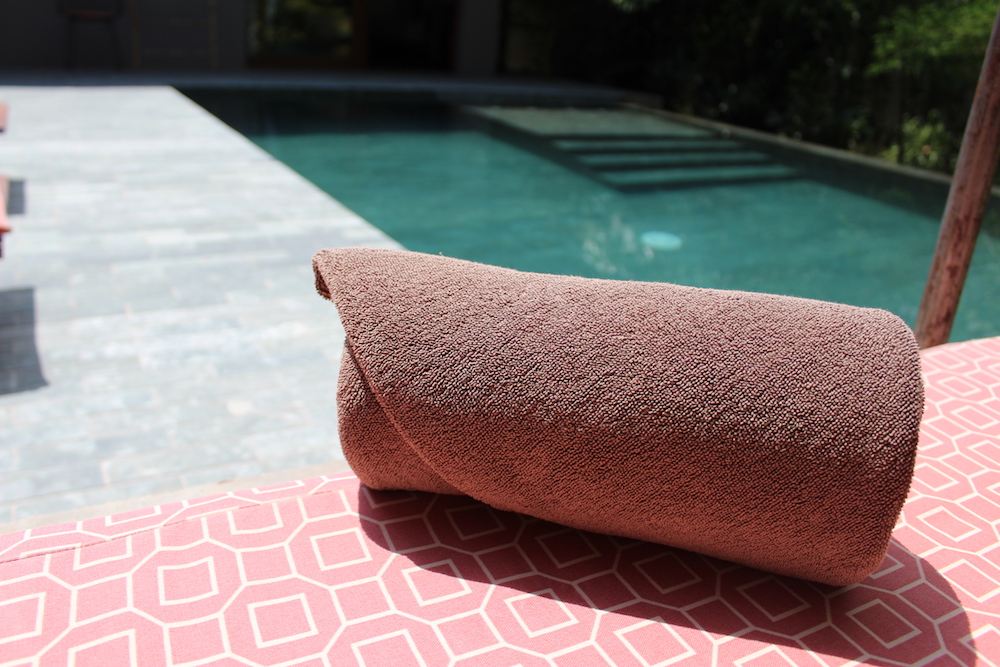 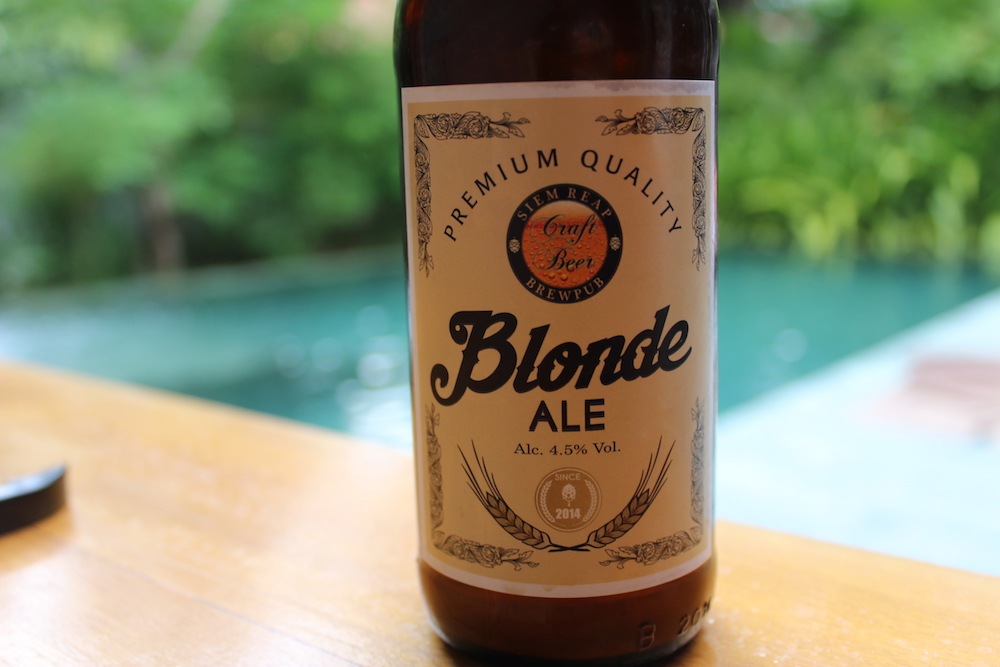 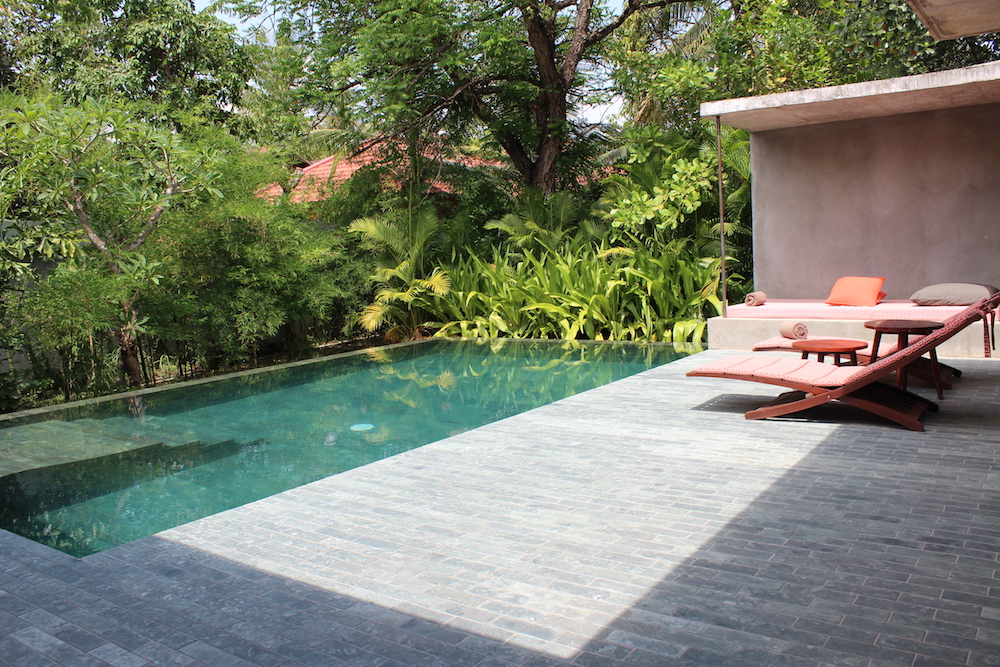 Everything about the Templation Hotel exudes class, sophistication and luxury and you’ll be blown away by the sheer attention to detail that has gone into making it one of Cambodia’s finest boutique hotels. As with the majority of hotels from Maads Asia, Templation takes its design inspiration from water and fauna and this is prevalent throughout the property and provides an overwhelming sense of relaxation the minute you step behind the resort’s spectacular lobby. 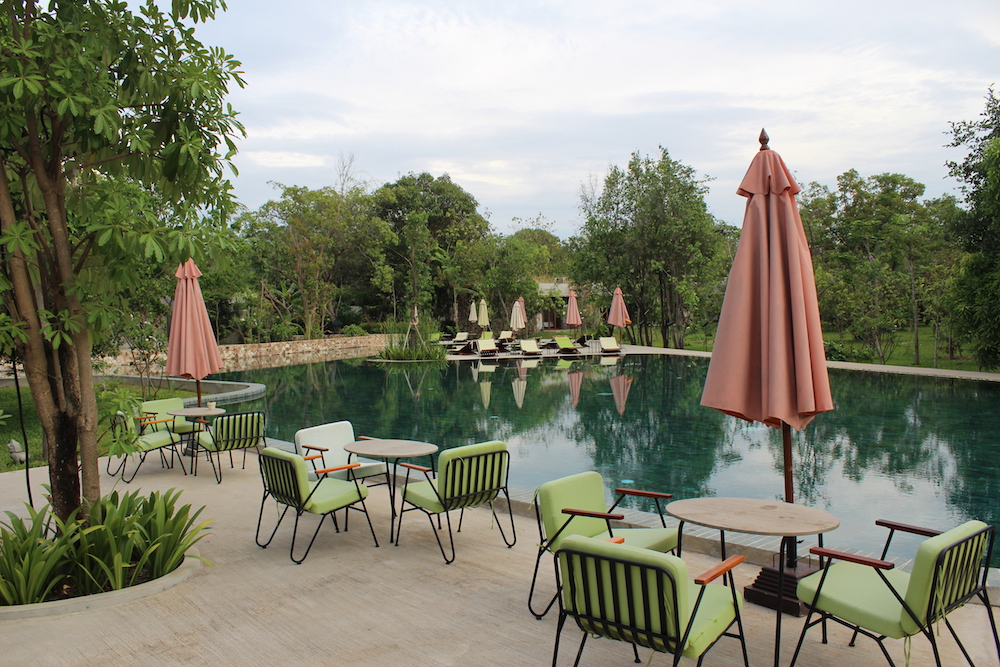 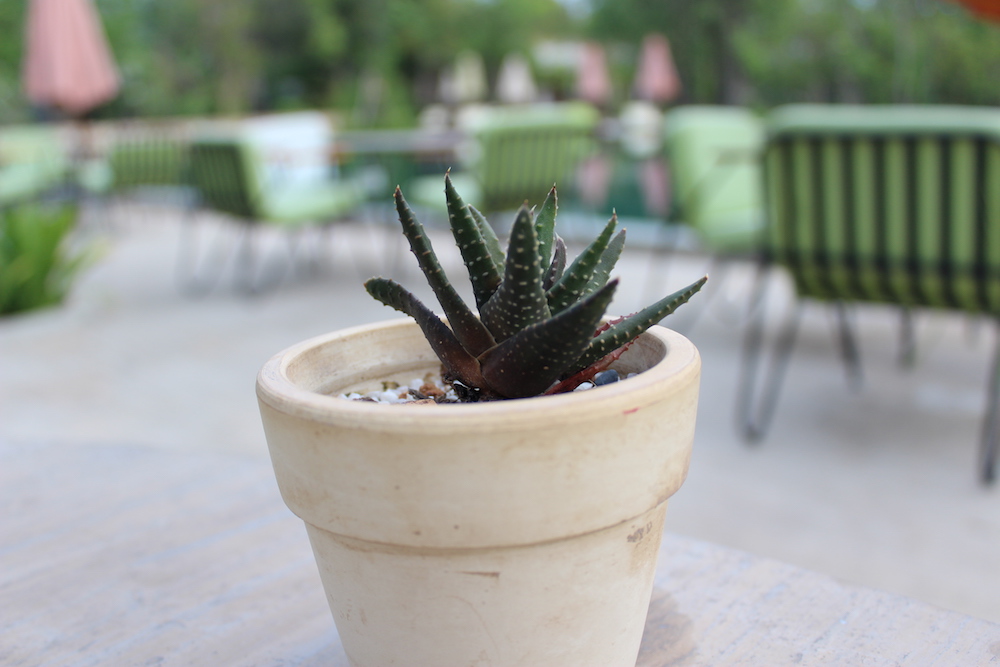 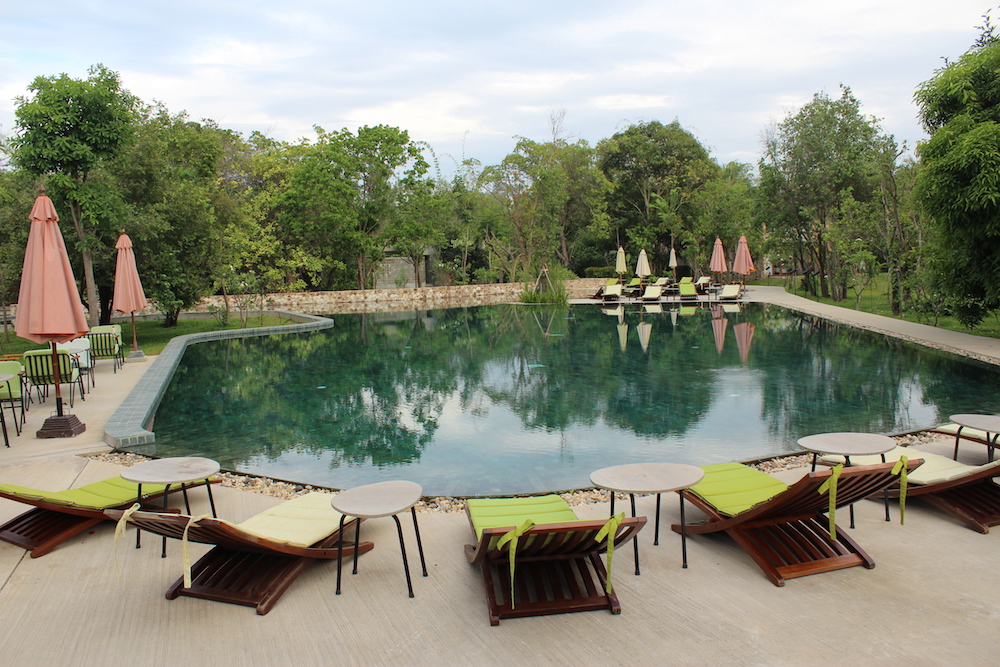 The resort’s architects, Ivan Tizianel and Lisa Ros from ASMA, went to great lengths to make sure the space came across as a modern echo of the stunning waterways and reservoirs that once nurtured the ancient city of Angkor and which are situated so close to the resort itself that we couldn’t resist hiring a bike and heading there on two wheels which was unquestionably one of the highlights of our stay in Siem Reap.

The closest luxury hotel to the entrances of Angkor Wat, you’d be mad not to use this exemplary resort as a means of seeing the world renowned temples of Siem Reap and with a raft of mountain bikes ready and waiting to be hired from the hotel’s lobby, that’s exactly what we did here at Coolector HQ. 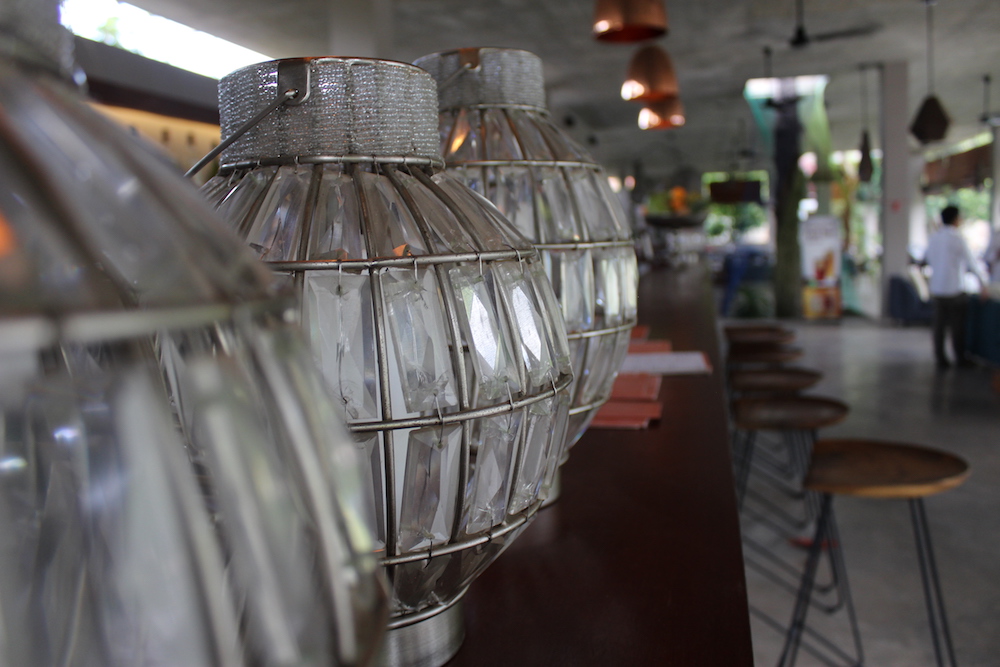 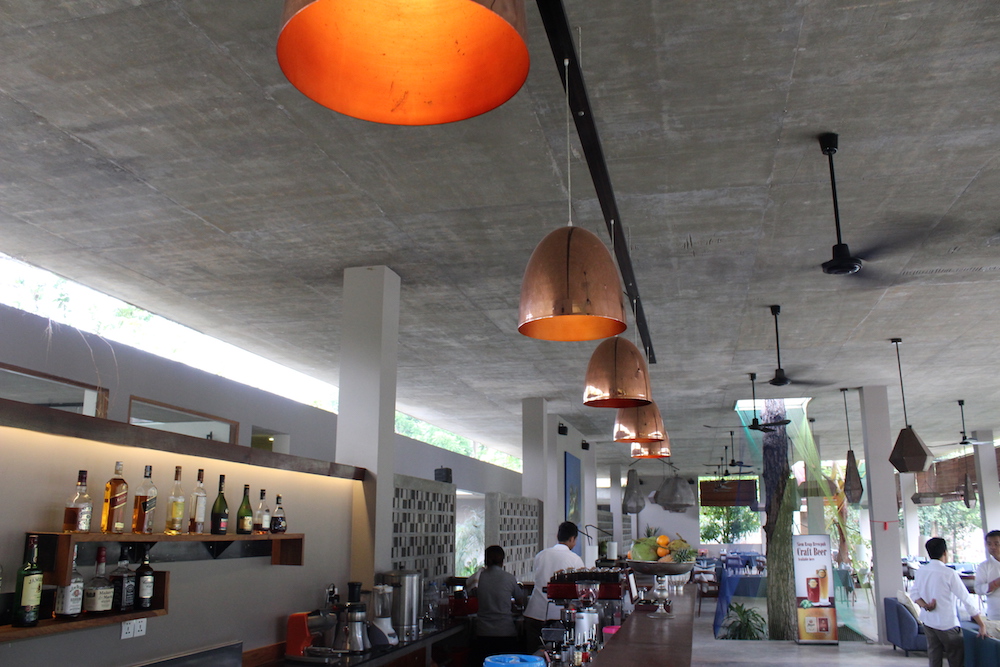 As hard as it was to tear ourselves away from the unending luxury of Templation, we couldn’t miss the temples for which Siem Reap is most famed and the roads from the resort to Angkor Wat were mercifully flat and the traffic not overly heavy so it was a relaxing journey and one that will certainly live long in the memory.

A real stand out feature of Templation, on top of just how breathtaking the grounds and the rooms are, is the exceptional friendliness of the staff and they were so welcoming and personable throughout the entire hotel that they do a superb service to the place and will unquestionably make you want to come back time and time again because of how relaxed they make you feel throughout your stay. 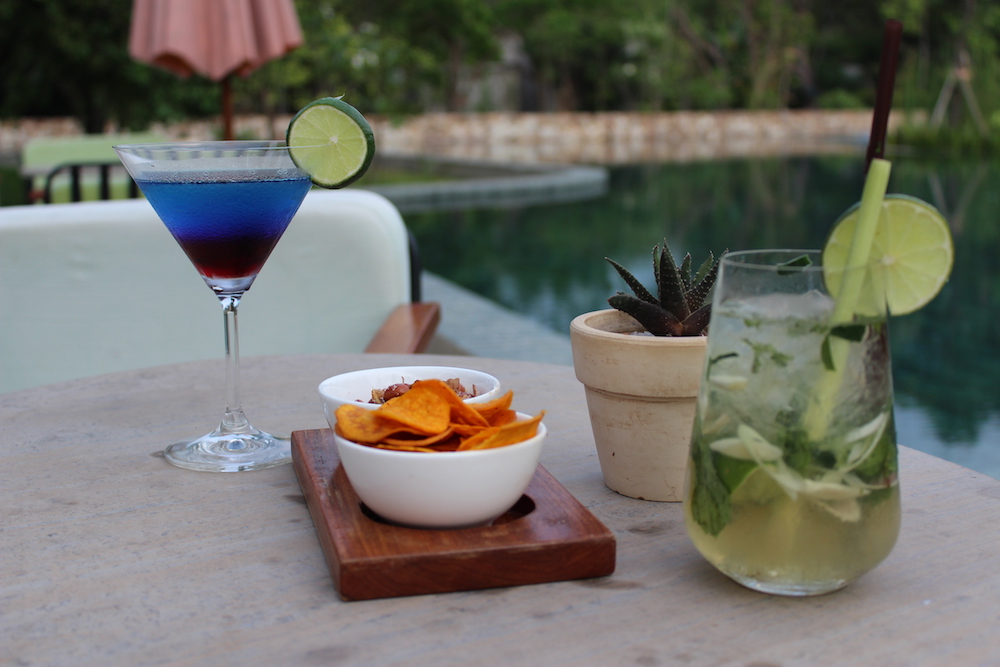 With exceptional food and drink on offer, including, pleasingly for us given our proclivity for craft beer, a locally brewed ale on tap, there is so many fantastic features to be found with Templation that it is entirely impossible to fit them all in. Whether it’s a delicious meal for two in the hotel’s first class restaurant or a outrageously relaxing massage in the resort’s on-site spa, you’ll never be found lacking of things to do at Templation. Even if that thing you’re doing is nothing but relaxing by your private pool. 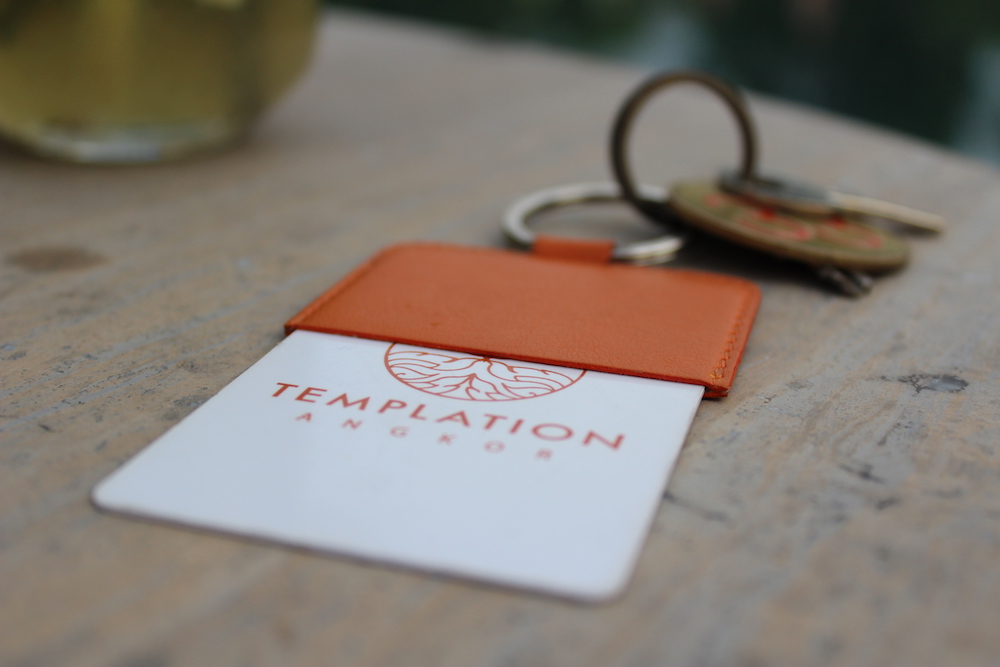 A real stand out boutique hotel that is the equal of any we’ve had the pleasure of staying at here at Coolector HQ, Templation rightly sits at the top table in the luxury hotel department in Cambodia and though it is a relative newcomer to the scene, it has wasted no time whatsoever in establishing itself as one of the country’s finest. We simply cannot wait to return to this magical, luxurious and obscenely relaxing hotel here at The Coolector.