If we’re being honest here at Coolector HQ, Toyota probably aren’t the first car manufacturer that spring to mind when you think of luxury vehicles with a touch of old school cool. That being said, we’r proved wrong on a daily basis and that’s exactly the situation we find ourselves in once again having discovered this extraordinary looking 1967 Toyota 2000GT which is being made available for auction at RM Sotheby’s. 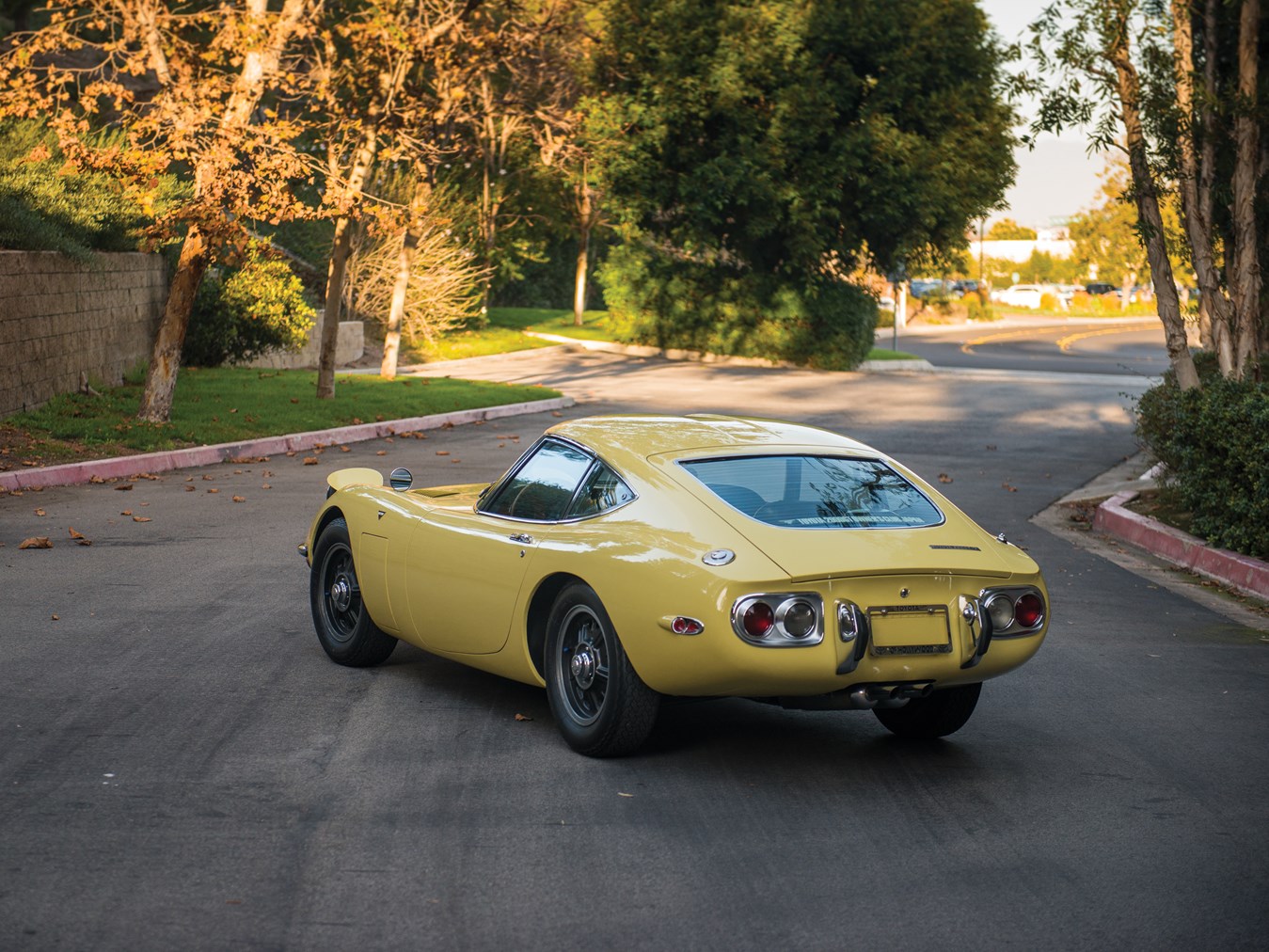 The spectacular 1967 Toyota 2000GT truly is a sight to behold and one of the coolest looking machines that we’ve seen in a good long while here at The Coolector. Knocking on a half century old, this mesmerising machine certainly won’t come cheap (with it expected to reach well over $500k) but you’ll not find many more attractive cars to park in your driveway if you do have the requisite readies to finance its purchase.

It’s fair to say 1960s was a golden age of motorcar design and few can hold a candle to this sumptuously stylish and devilishly debonair 1967 Toyota 2000GT which will turn heads aplenty courtesy of the striking yellow body. It is being offered from a private collection of motorcars and it is one of just six 2000GTs which were originally finished in the highly eye-catching Bellatrix Yellow colour way so you’ll be in good company if you manage to get your hands on this miraculous machine. 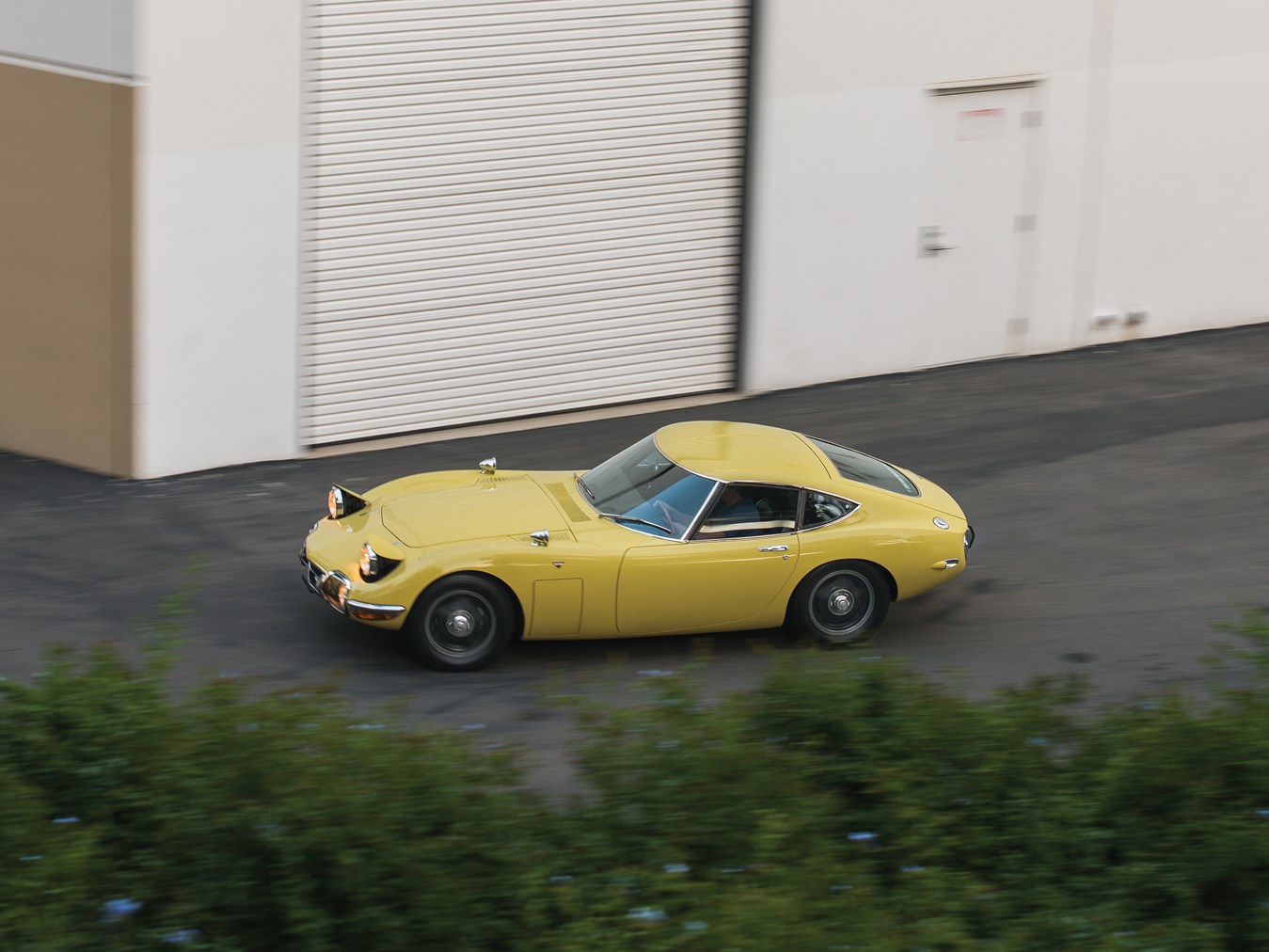 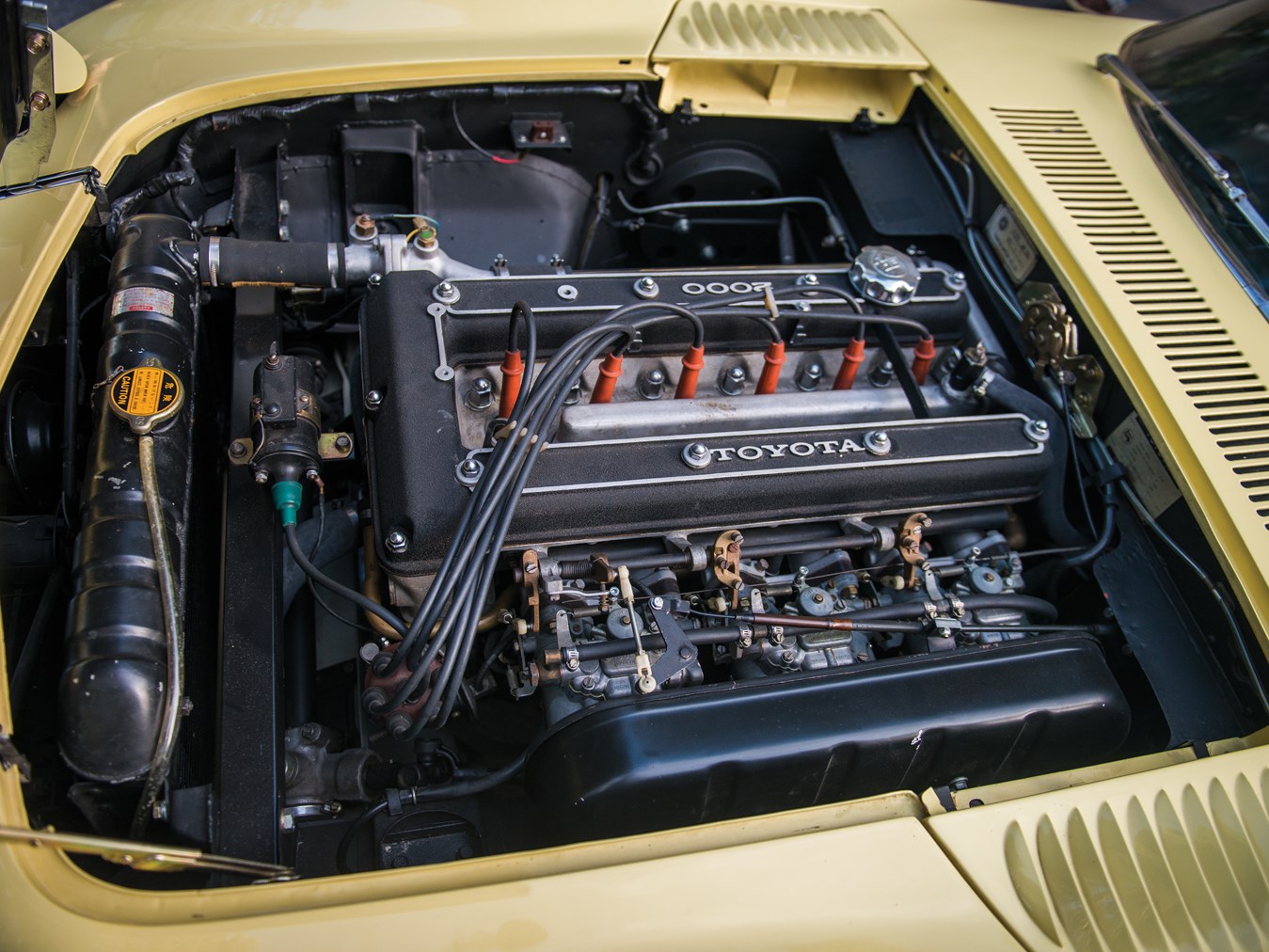 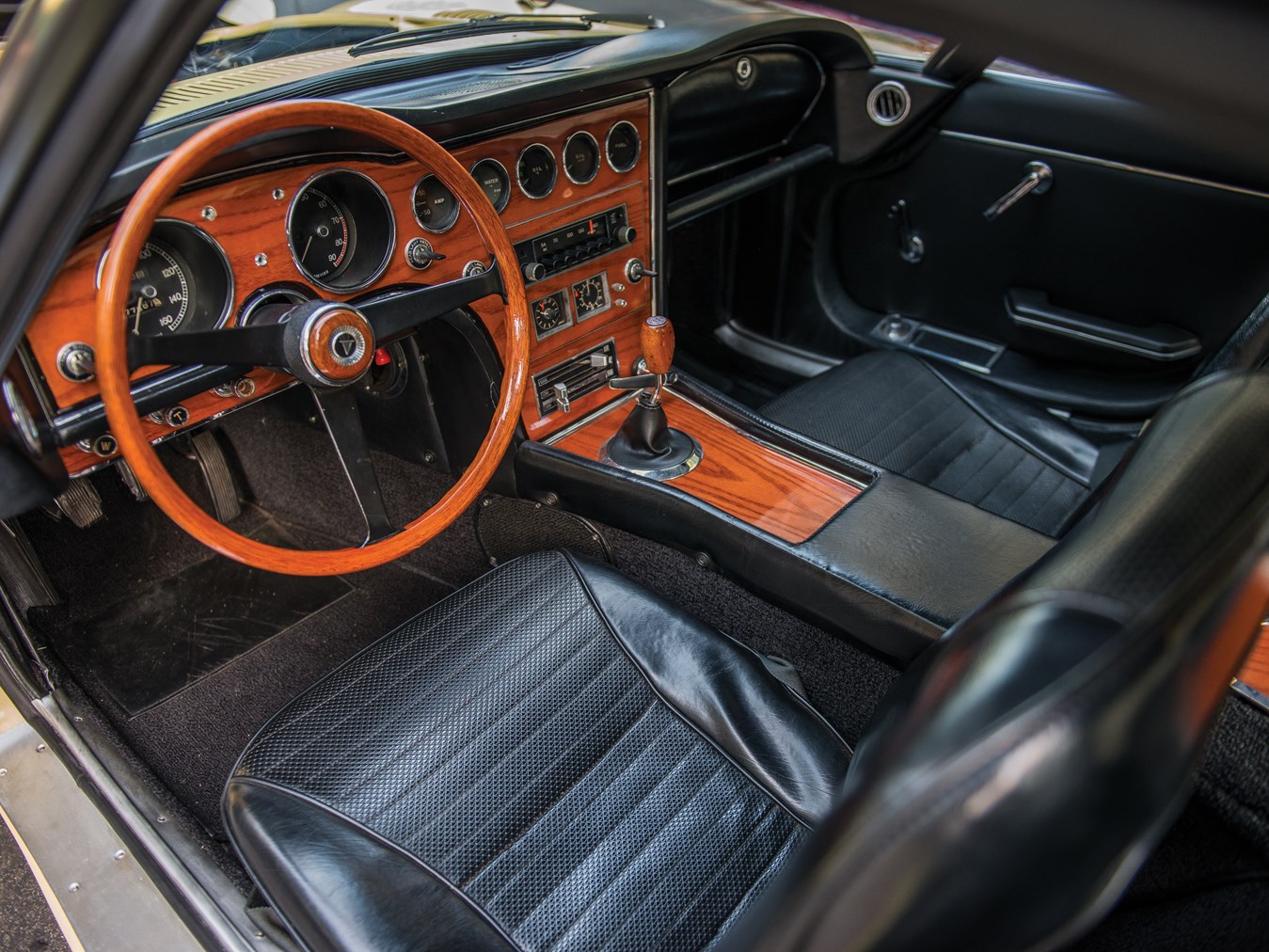 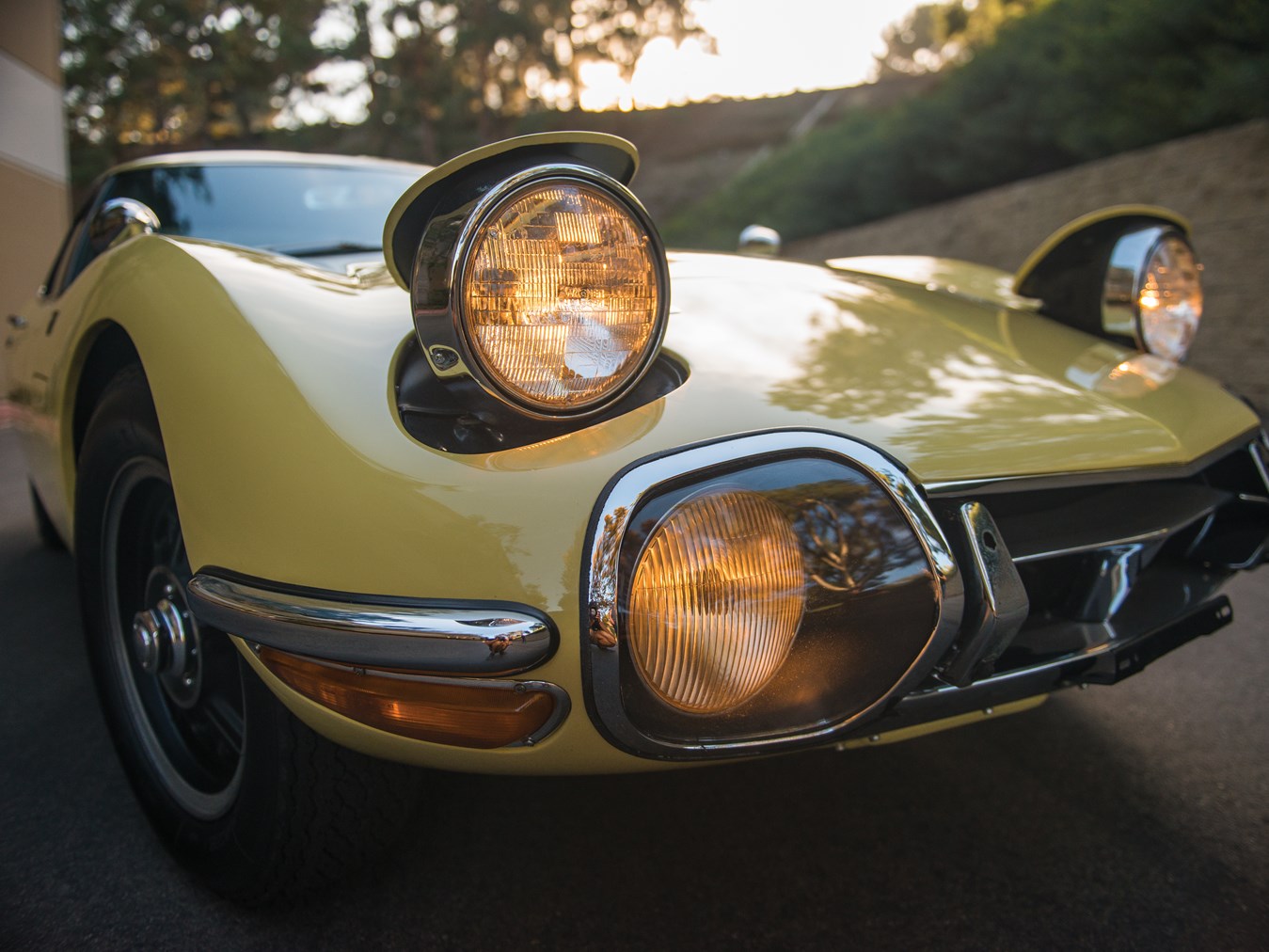 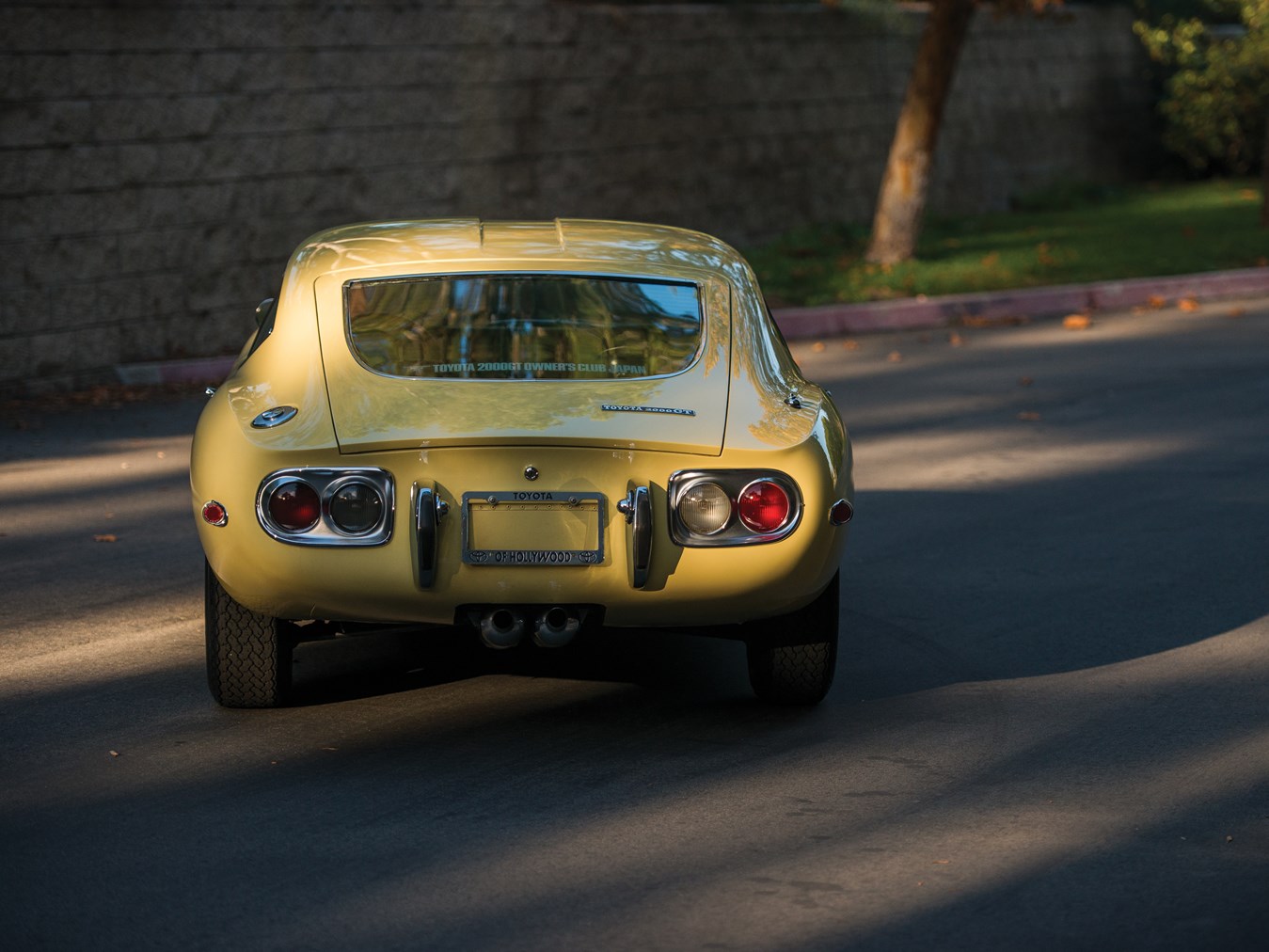 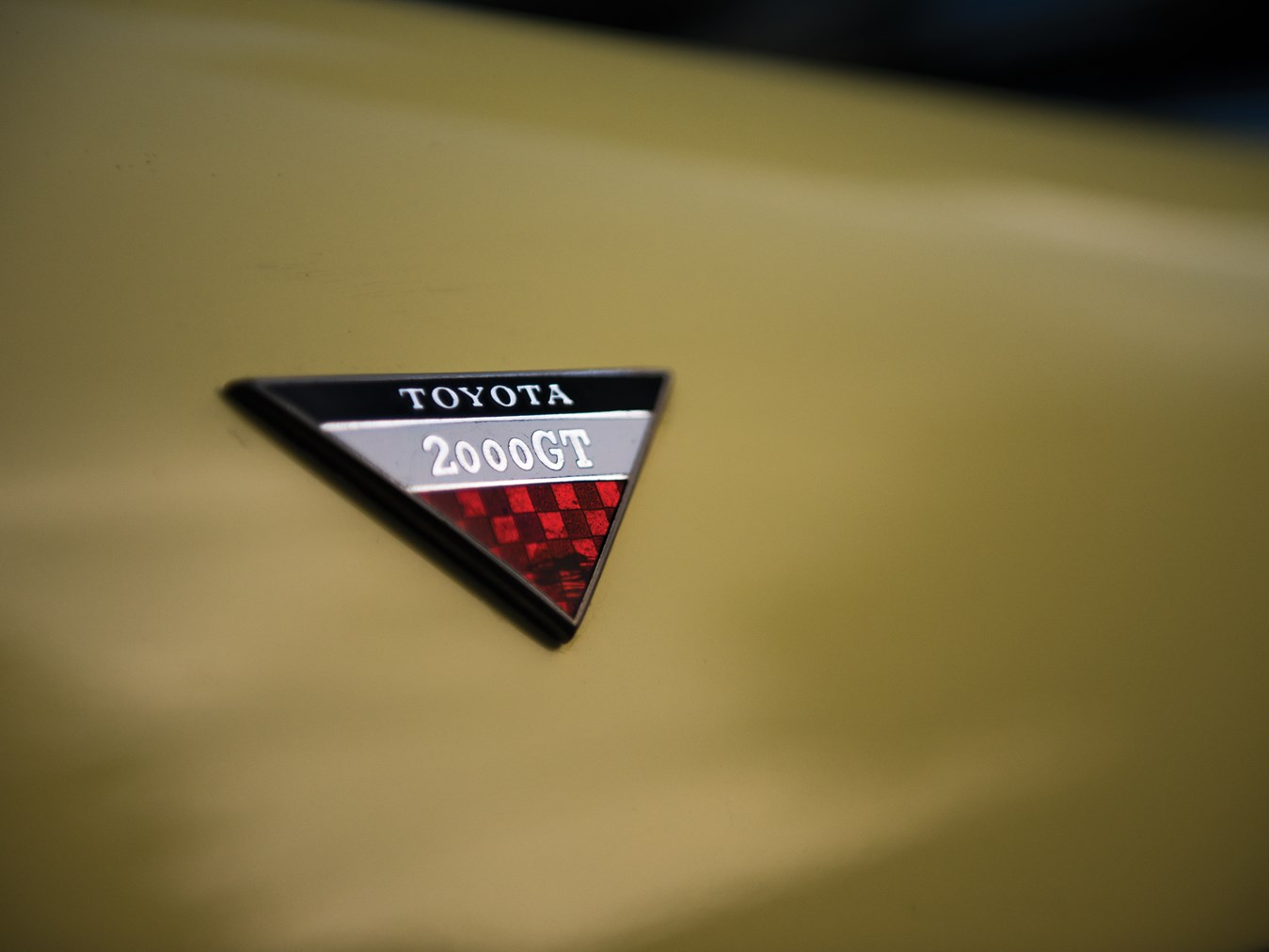 The 1967 Toyota 2000GT on RM Sotheby’s is a beautiful looking machine and is often referred to as “the best sports car you’ve never heard of.” It had been crafted in collaboration with another Japanese brand, Yamaha, and this elegant two-passenger coupe is positively overflowing with awesome specifications which includes a two-liter inline six-cylinder engine with a cast iron block and double overhead cams – which makes it capable of 150 hp at 7,000 rpm and a top speed in excess of 135MPH. 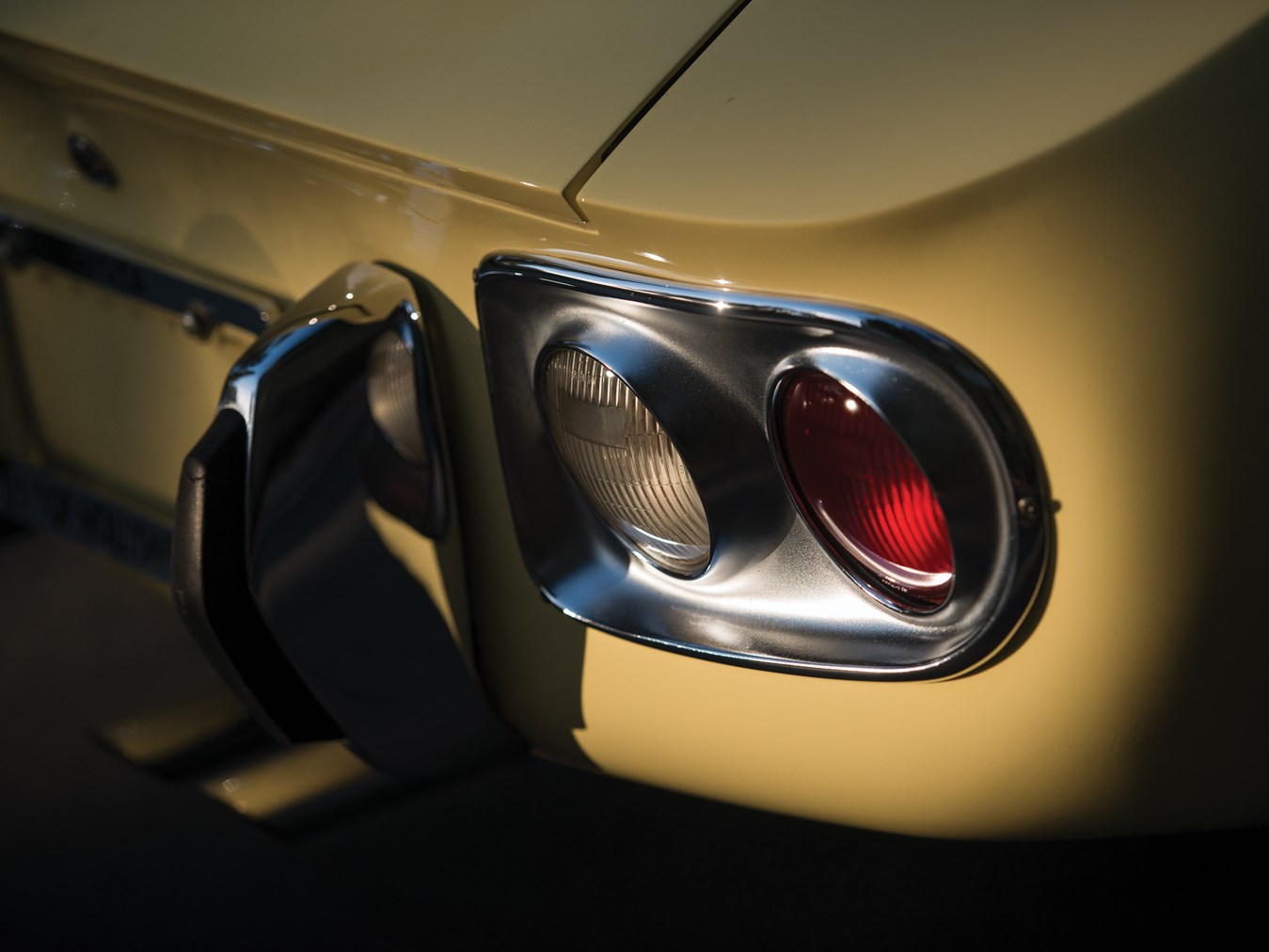 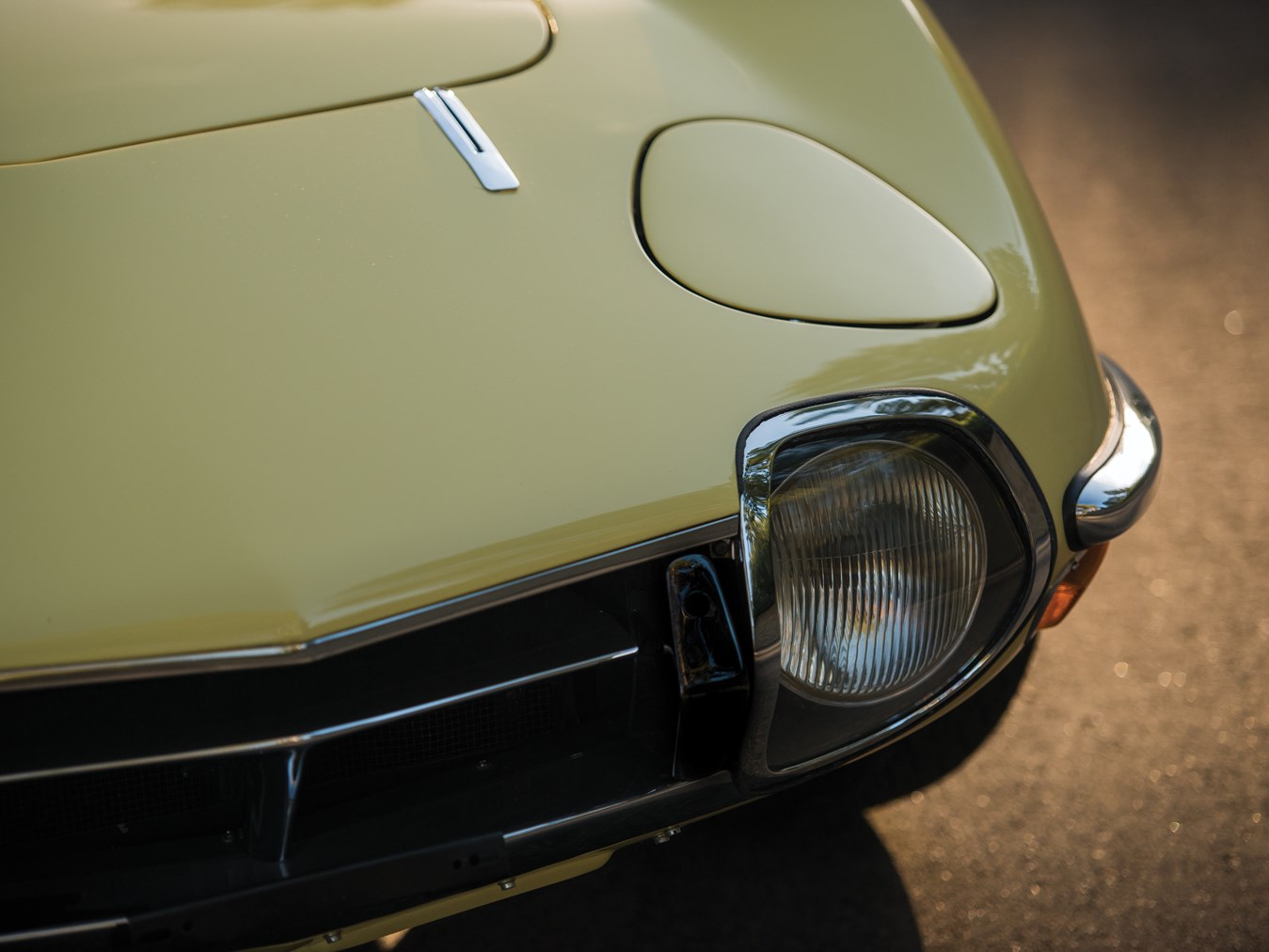 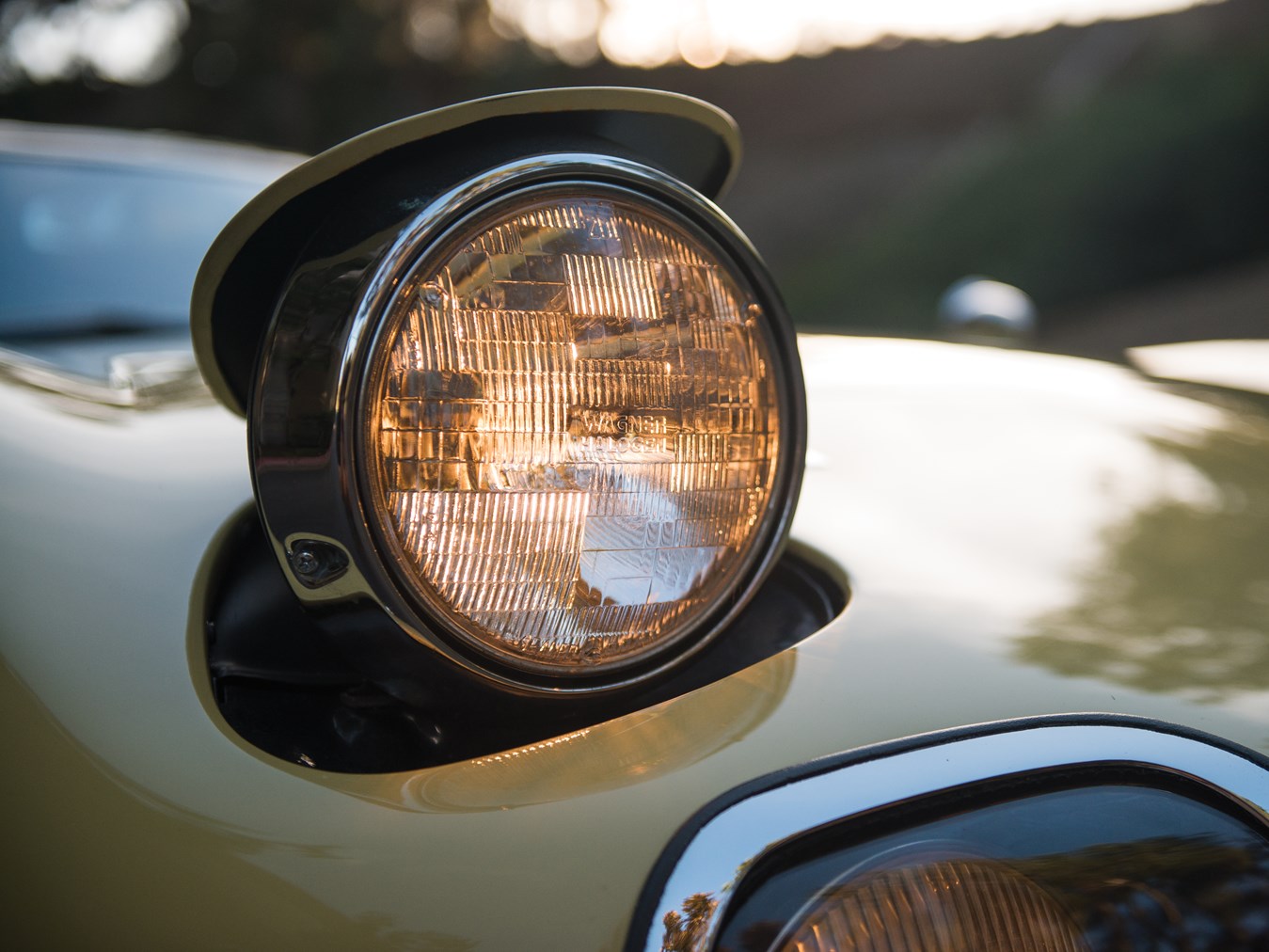 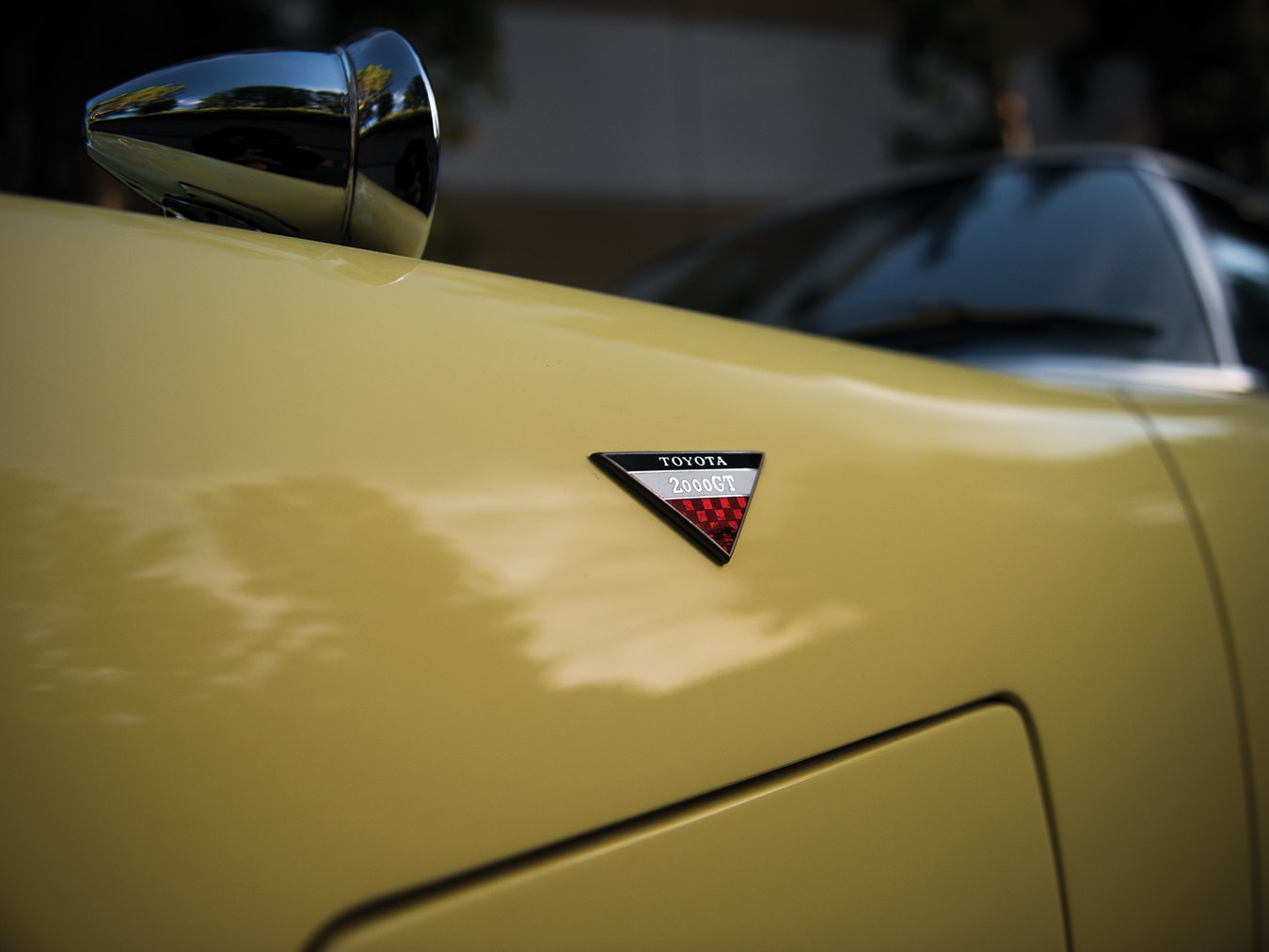 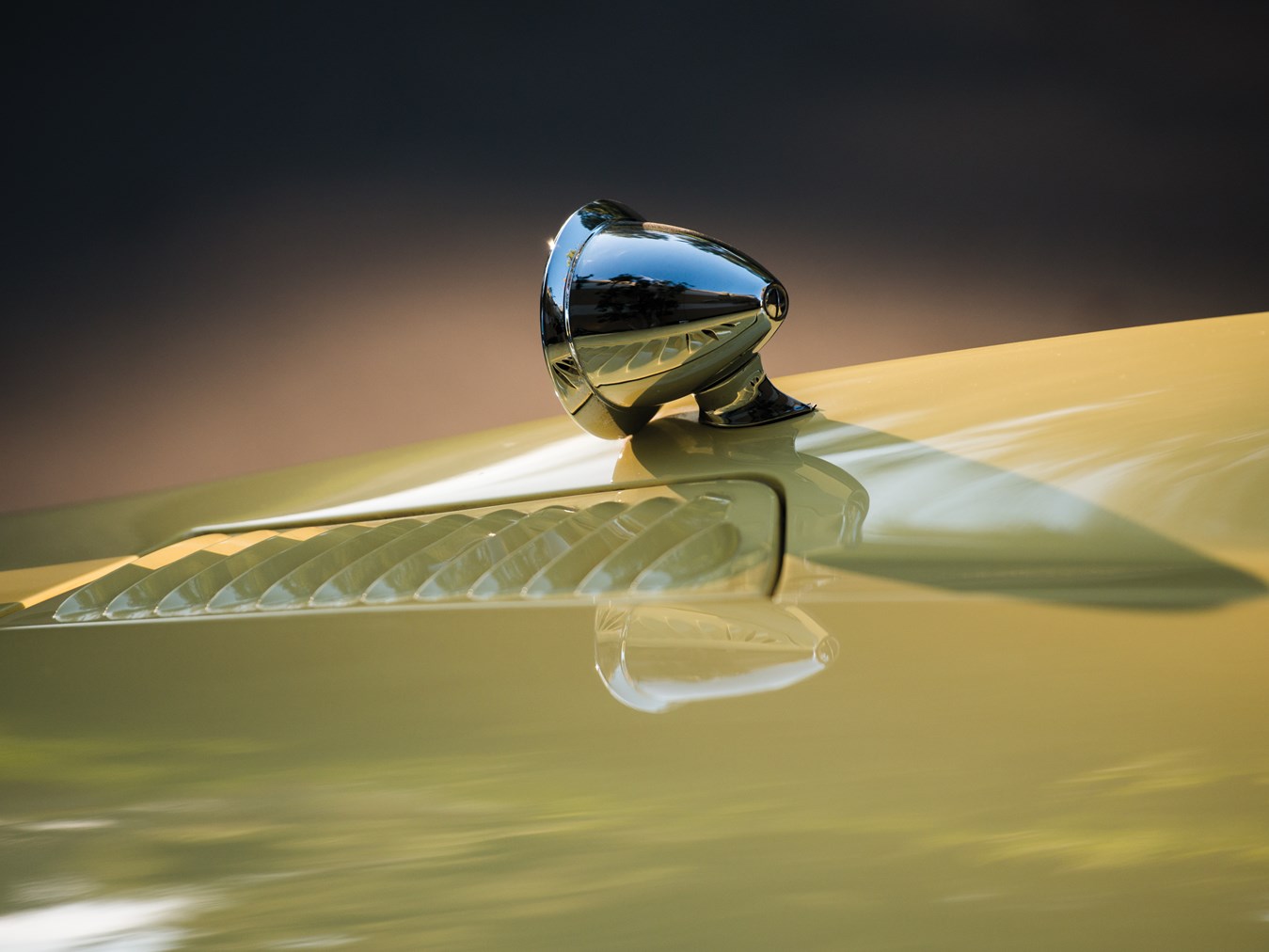 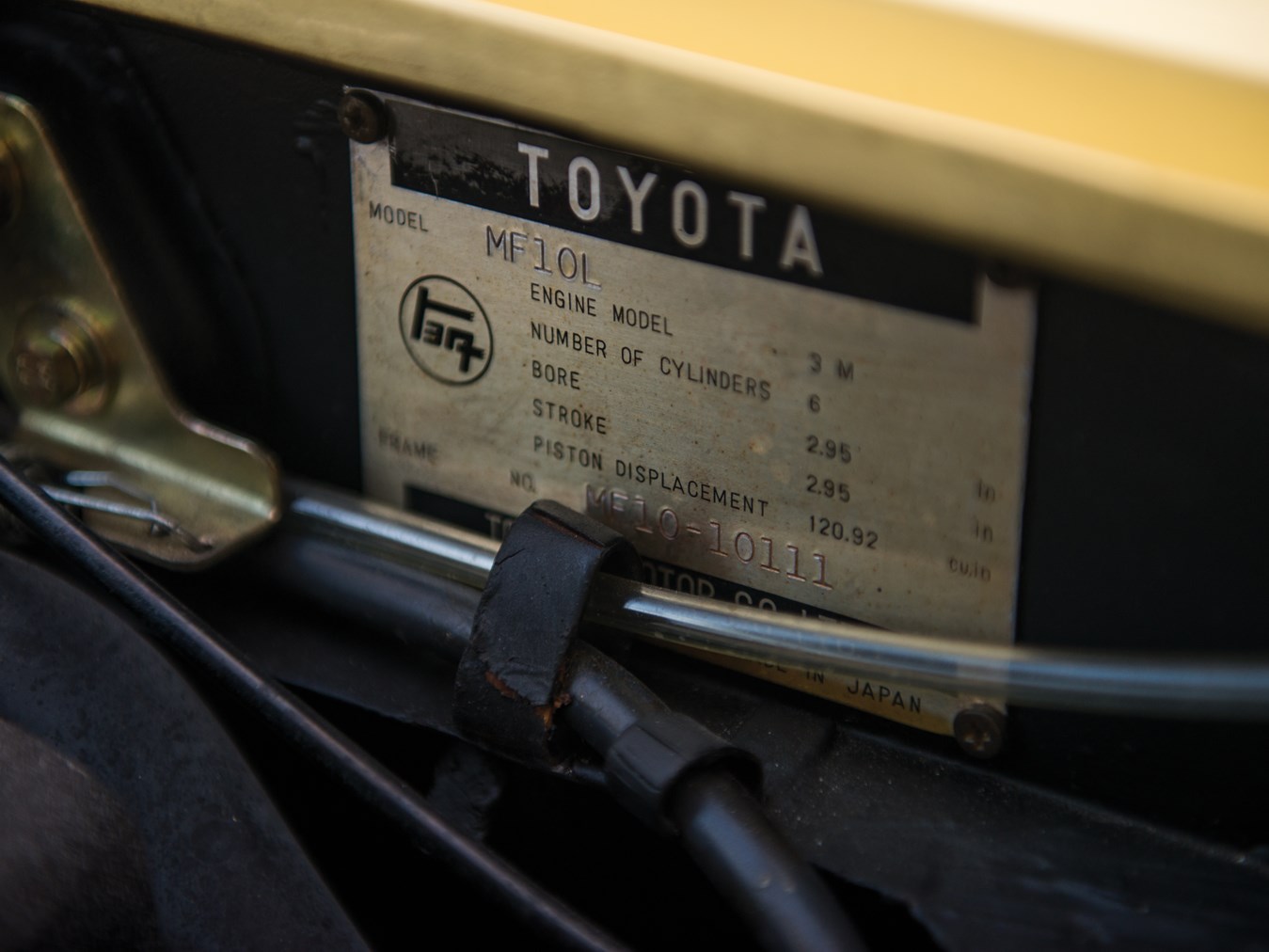 A vehicle made for racing, the Toyota 2000GT was the Japanese E-Type – essentially, a motorcar which had the ability to compete against the best vehicles that Europe had to offer and, more importantly, win against them. This iconic machine is often credited with really putting the Toyota name on the world map so far as racing is concerned and, quite frankly, you just don’t see cars as aesthetically awesome as this today so we’re sure that it will be rapidly snapped up at RM Sotheby’s.

For anyone looking for an iconic piece of racing history and wants one of the coolest looking cars in their garage, you’ll not go too far wrong with the 1967 Toyota 2000GT which boasts style in spades and a mighty impressive performance on the road. Only 351 of these cars were ever built and few were exported outside of Japan so it’s definitely one of the most unique machines out there and if you’re the lucky winner of this auction, you’re decidedly unlikely to encounter another one of these breathtaking cars on the road. 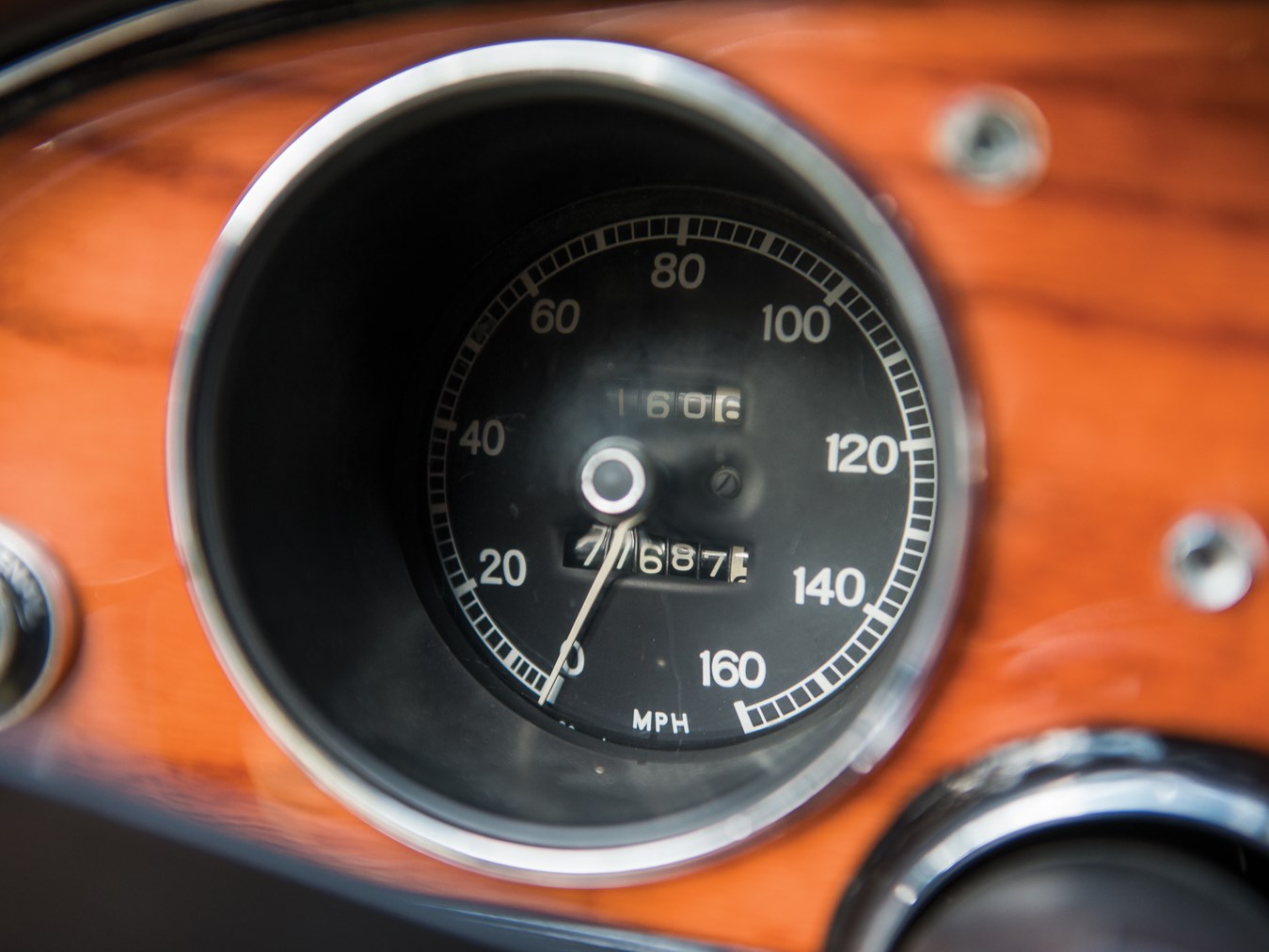 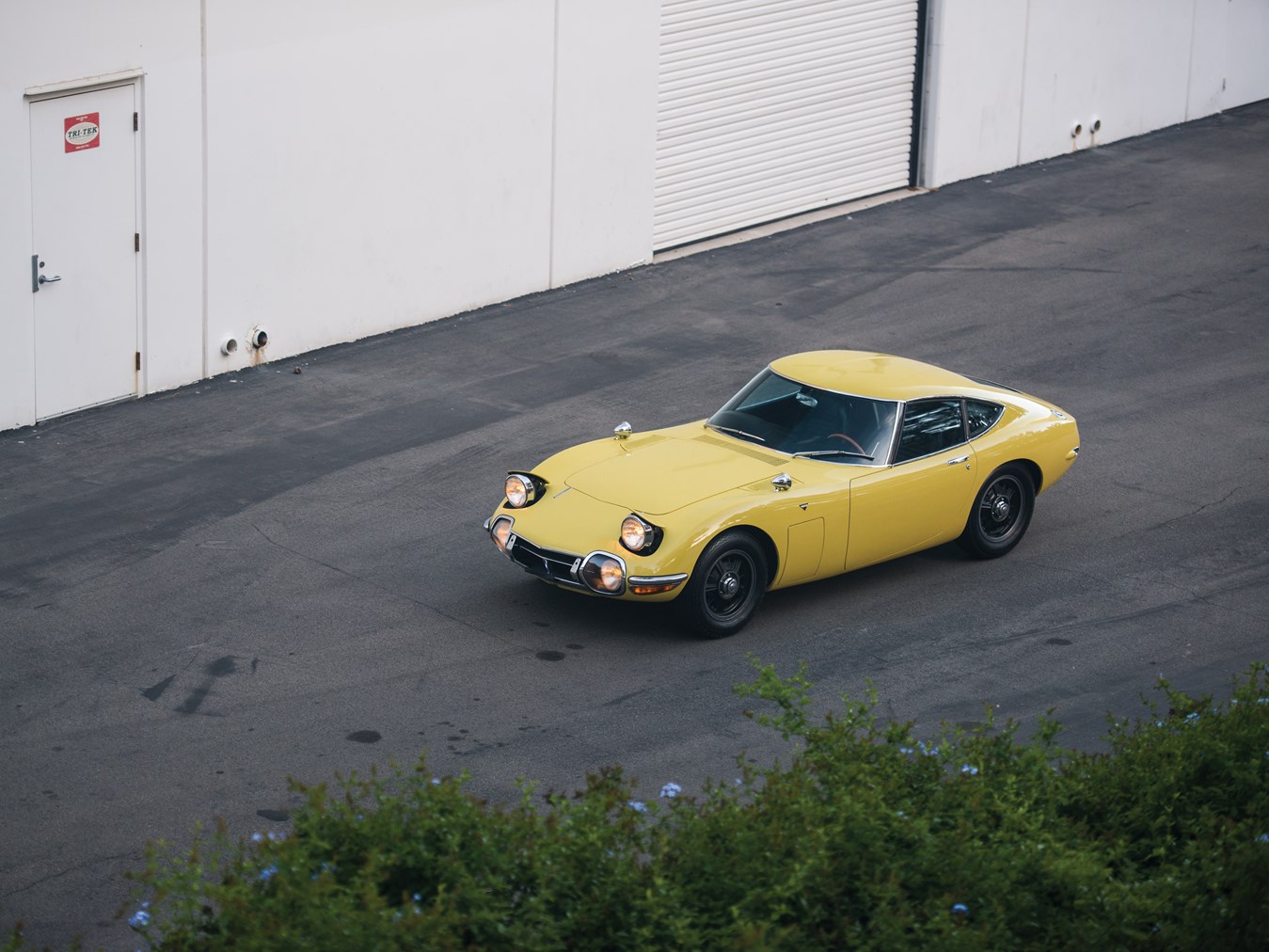 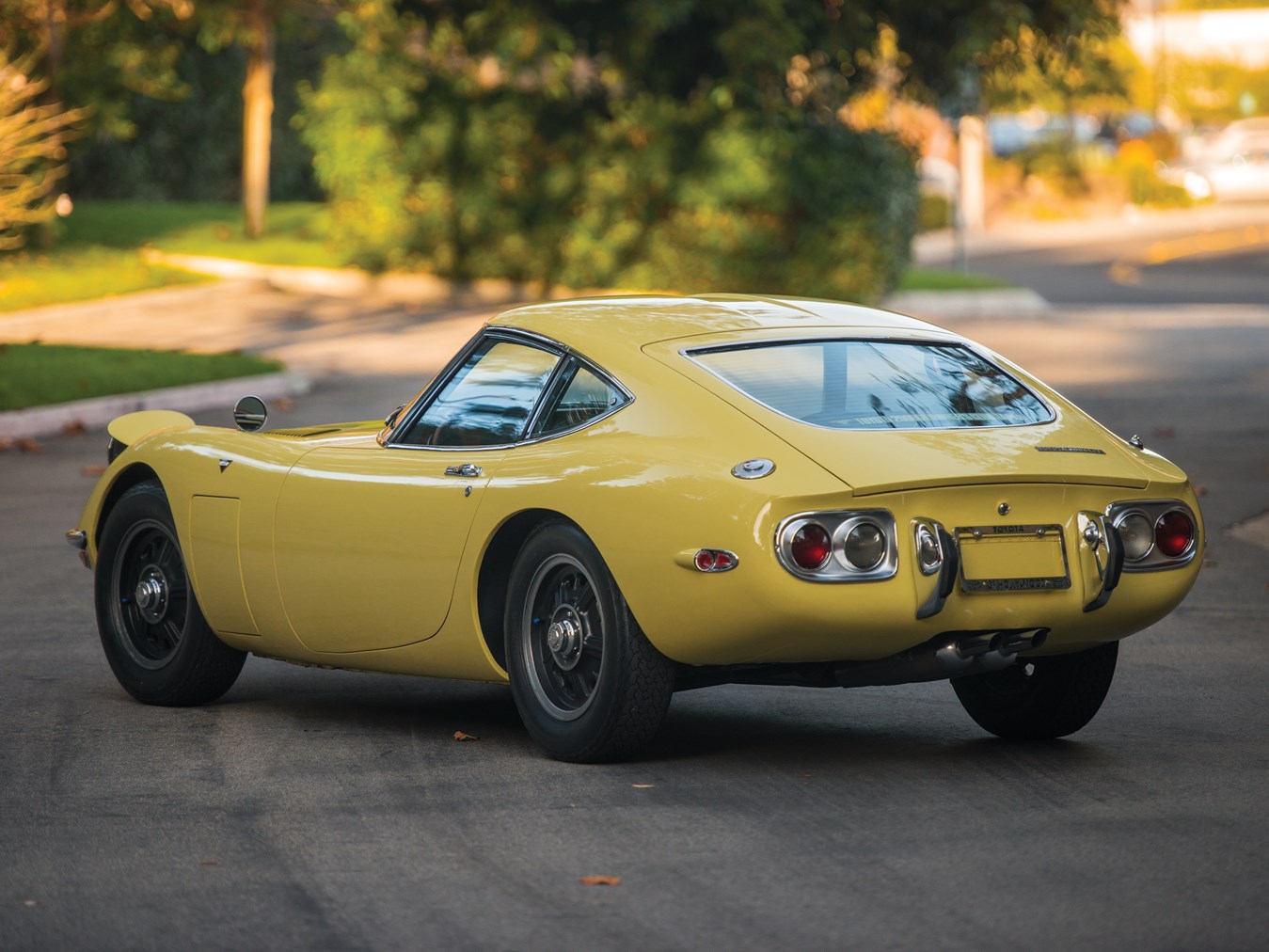 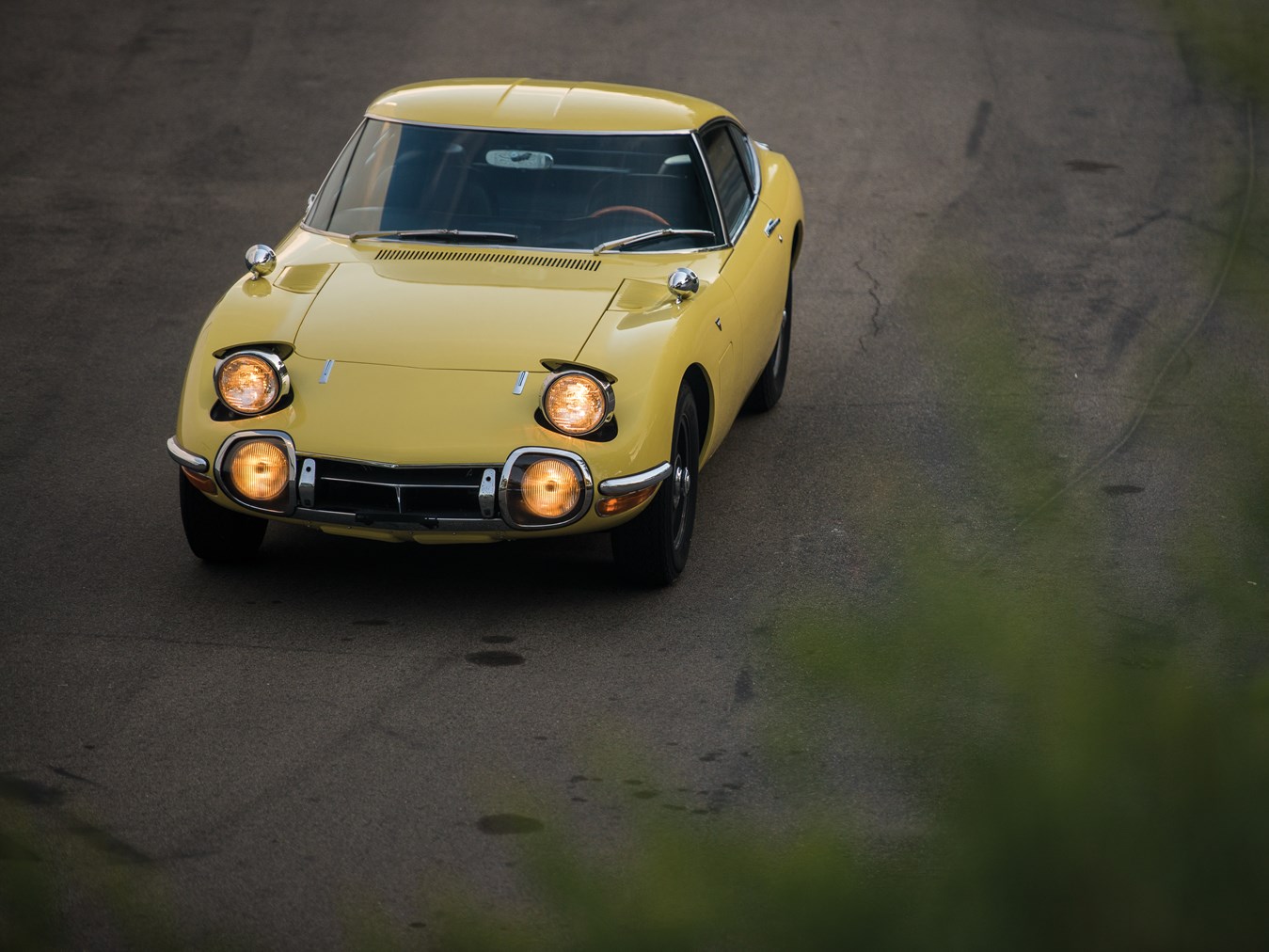 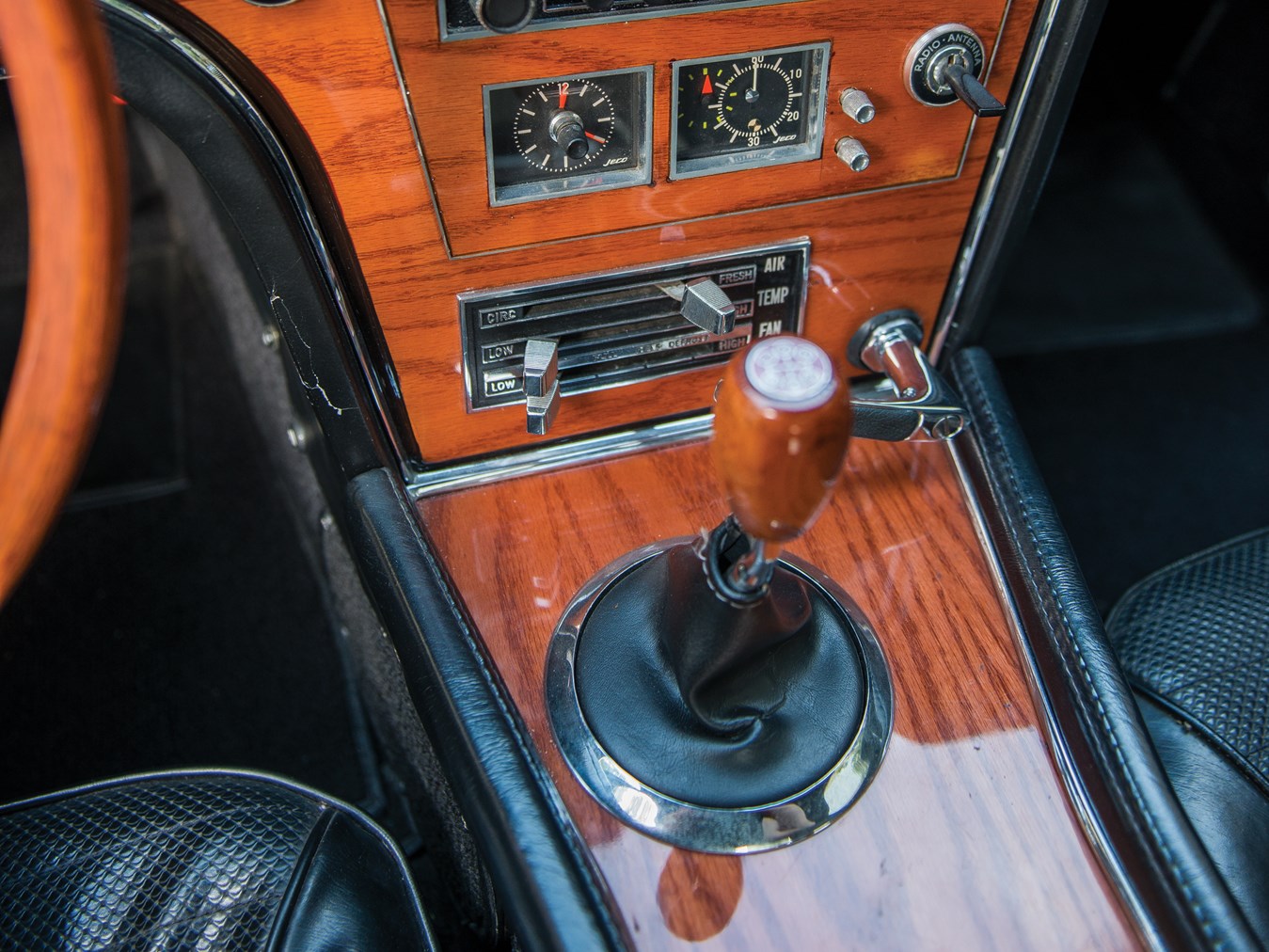 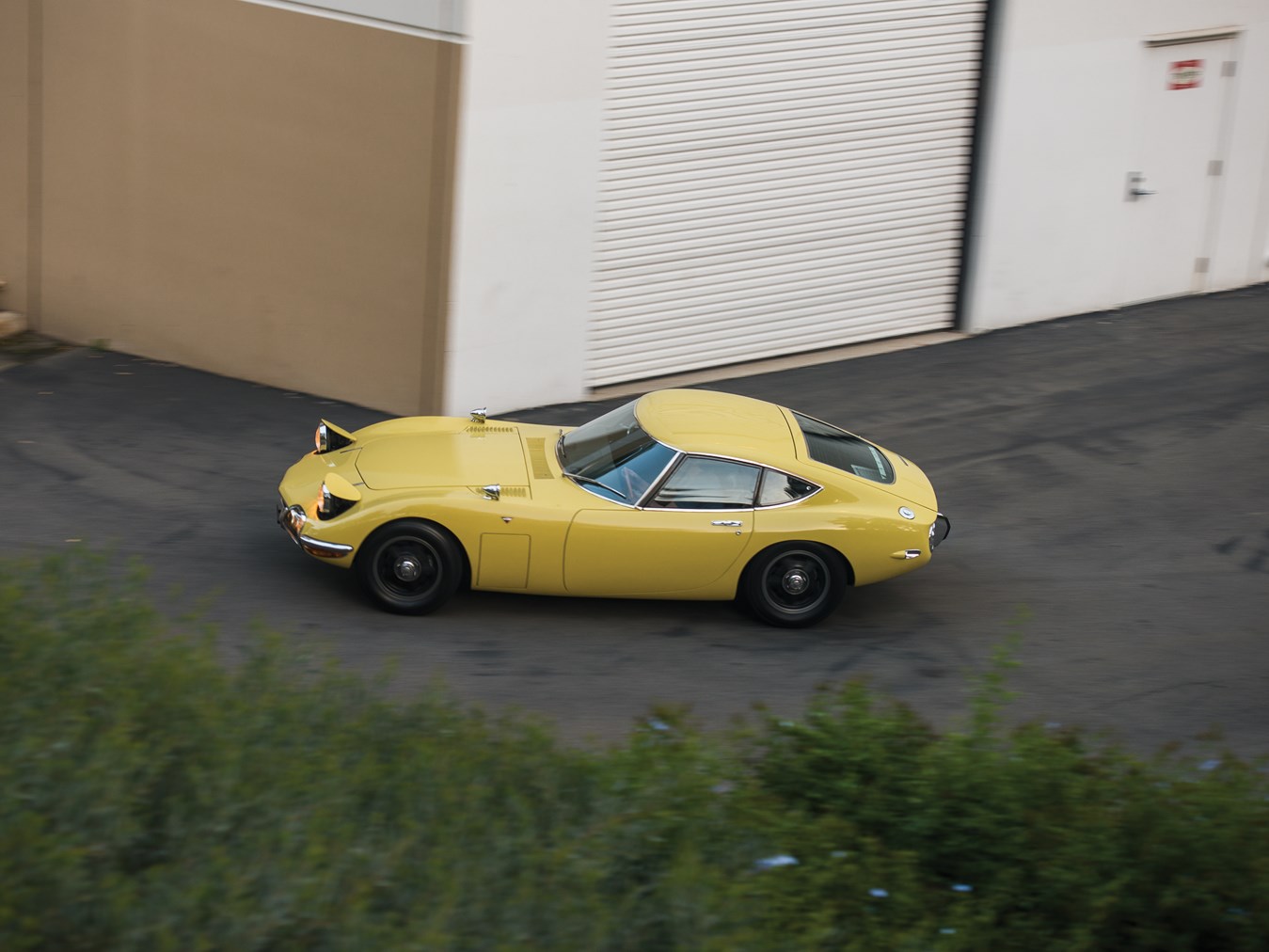 Just one of 62 original left-hand-drive versions ever produced and one of six in what is arguably the most sought after factory color, Bellatrix Yellow, this beautiful steed first made its way to the U.S., where it was sold in 1983 by Bill Young to well-known Toyota dealer and 2000GT collector, Craig Zinn, who set about restoring it to its former glories and enjoyed it as his everyday car for several years. And now it can be yours. If you’ve got $600-700k burning a hole in your pocket.

Written By
Leo Davie
More from Leo Davie
When it comes to apparel, we’re all for innovation here at Coolector...
Read More