As you may have realised, we’ve got quite a penchant for Porsche here at Coolector HQ and we’ve featured more than our fair share on our pages. Most are of the vintage persuasion but every once in a while we come across amazing machines like this 1987 Porsche 924S Baja Rally Car which are simply too good to ignore. This magnificent looking beast is going under the hammer and is currently at a mere $10k bid with only four days of the auction remaining so someone is going to be bagging themselves an absolute bargain. 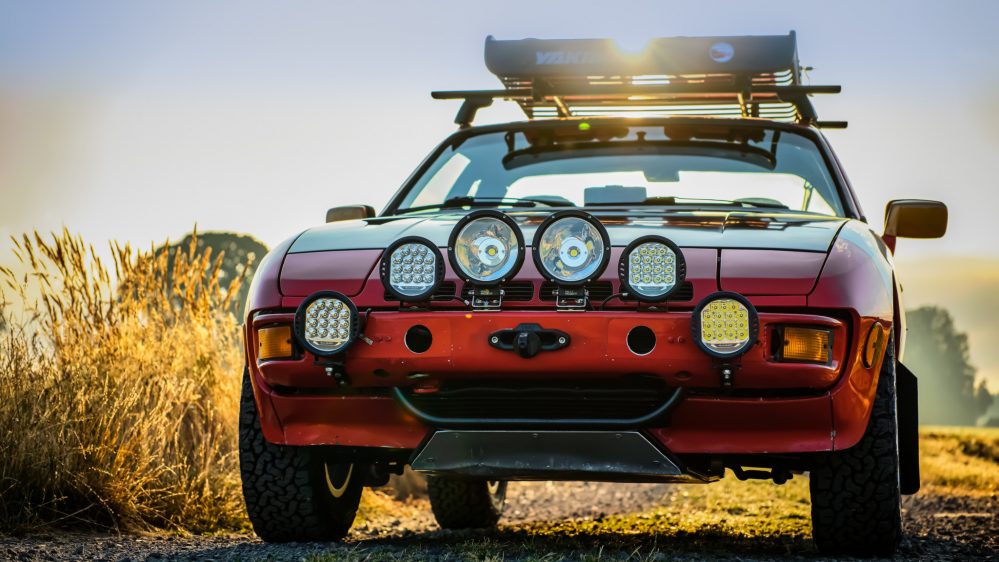 The 1987 Porsche 924S Baja Rally Car has been modified into a rally car and was used by the current owners in the 2019 runnings of the Baja XL rally and Coastal Range Rewind rally so it’s definitely seen some action but that merely adds to its appeal still further in our opinion here at The Coolector. Its raw power comes from a 2.5L inline-four paired with a rear-mounted 5-speed manual transaxle, and the car comes equipped with a limited-slip differential, a short shift kit, raised suspension, 15” Braid wheels and a Warn winch.

This breathtaking contraption was shown at the Los Angeles Porsche Experience Centre and was featured on Petrolicious in April 2019. This 924S rally car is now being offered on consignment with receipts from 2018 and a clean Oregon title so the fact the current bid is under $11k is all the more astounding. The exterior was partially repainted its factory Guards Red by the seller, and vinyl livery graphics have been applied to the body. A front nose and black hood from a 924 Turbo have been installed, along with replacement bumpers that have been drilled out. 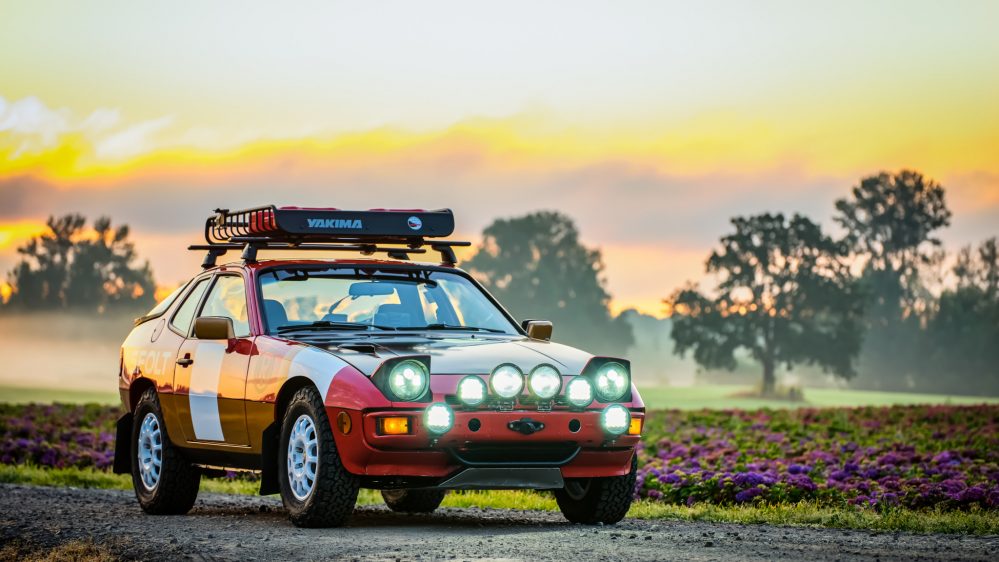 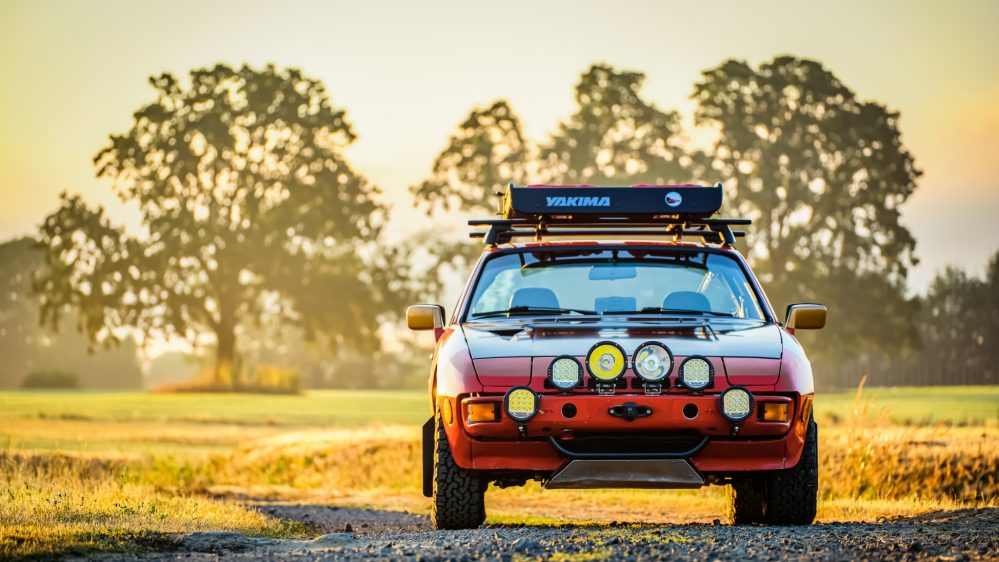 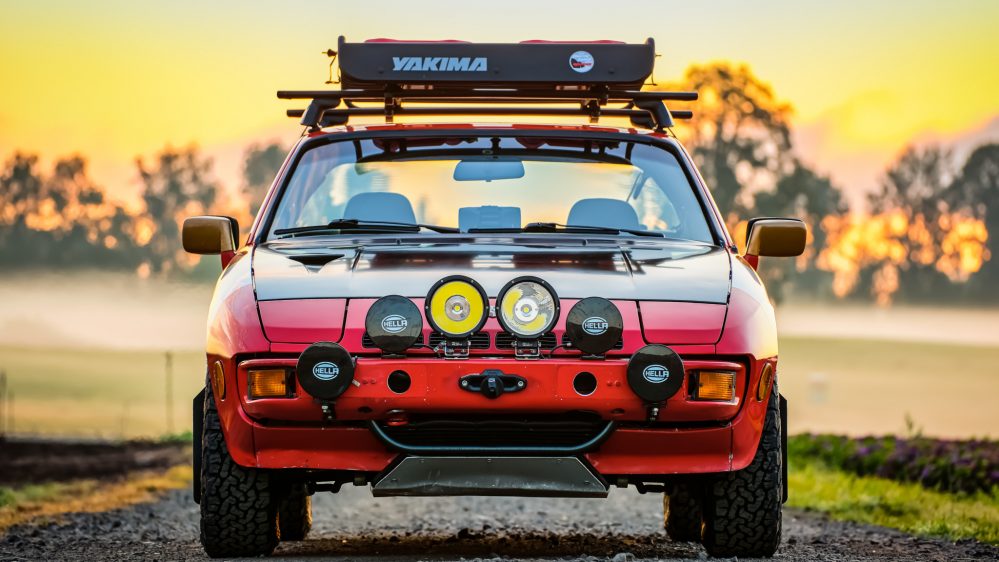 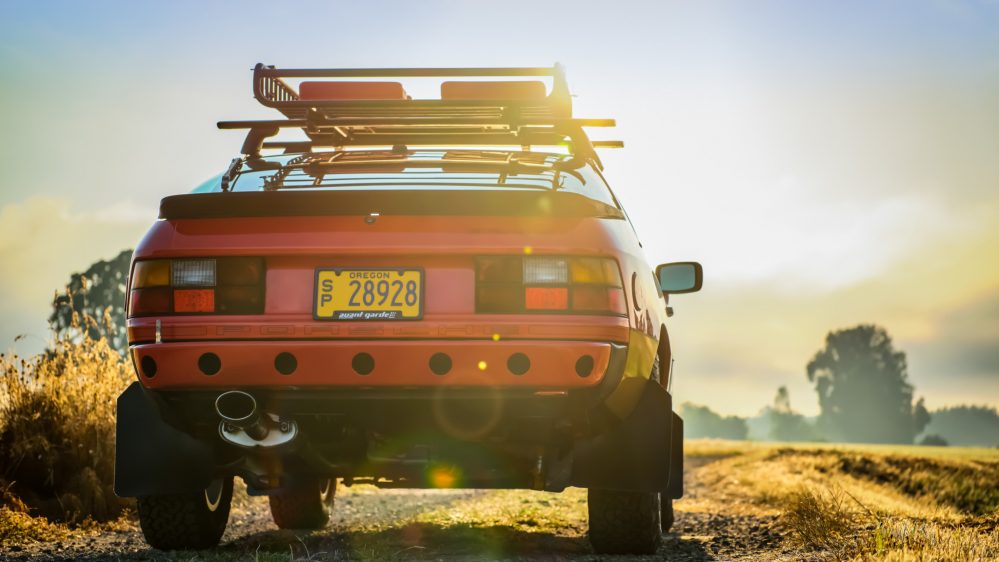 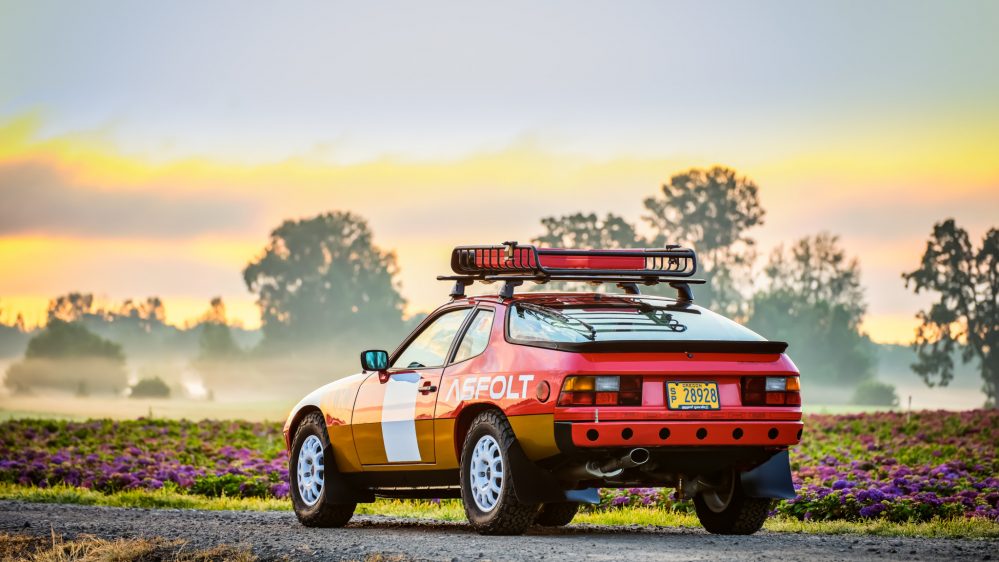 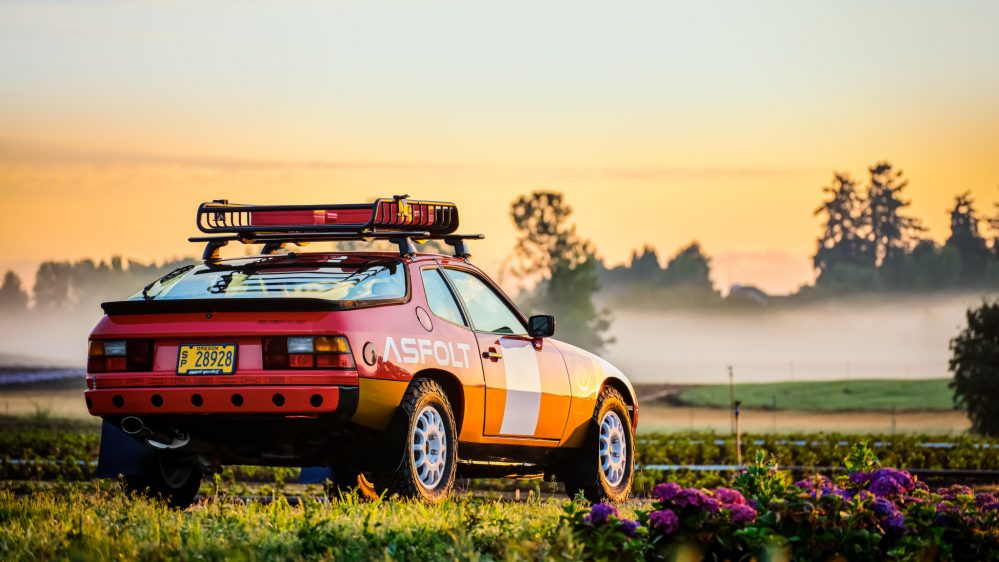 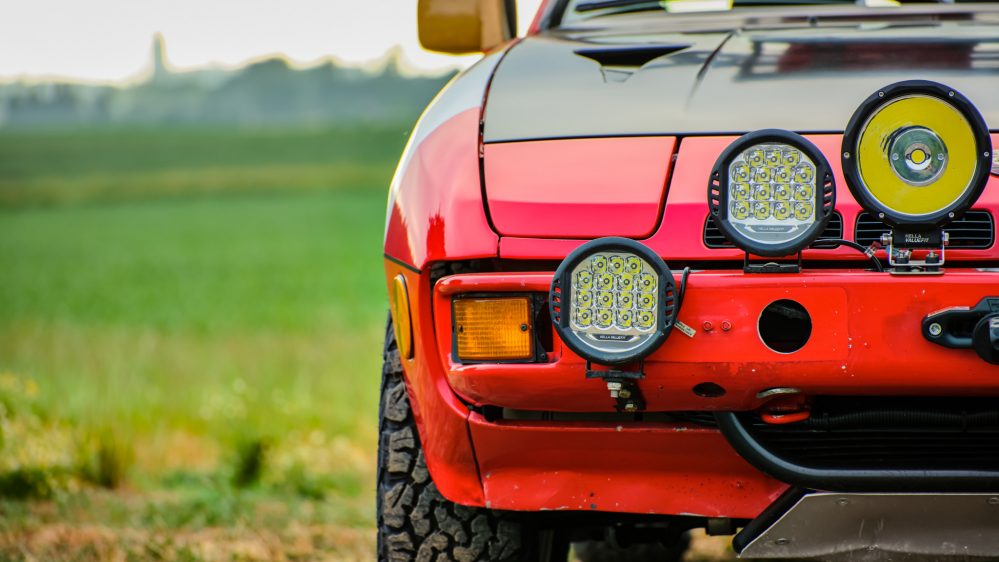 The 1987 Porsche 924S Baja Rally Car going under the hammer with Bring A Trailer is a stunning example of a rally ready Porsche and some of its stand out equipment includes a Yakima roof rack and basket, a custom tube frame front nudge bar, RotopaX fuel jugs and mounts, a Warn winch, mud flaps, skid plates, Hella 500 rally LED lights, and a CB radio antenna. This is joined by 15” Braid Fullrace TR wheels wrapped in 215/75 BFGoodrich KO2 tires, and a spare wheel is included. 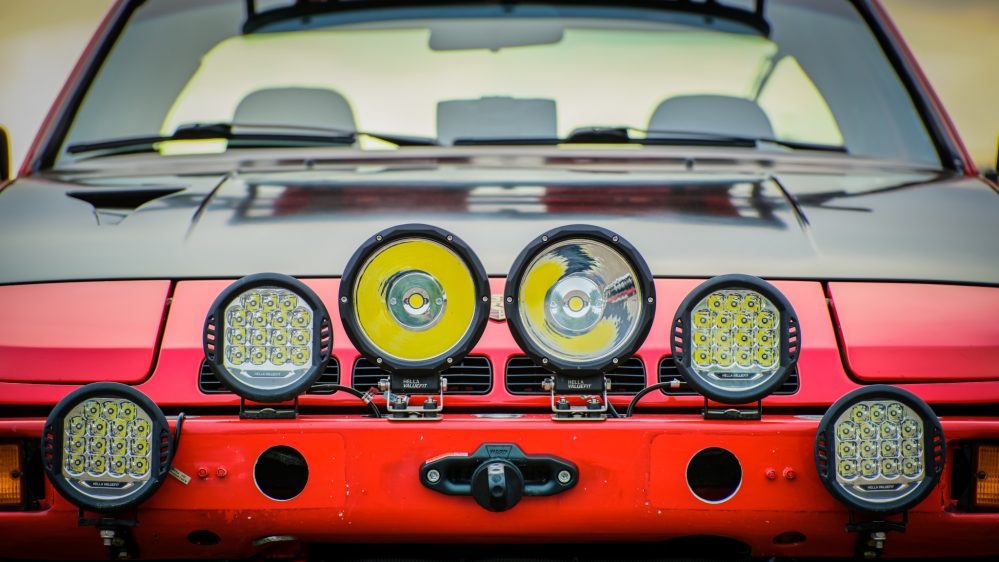 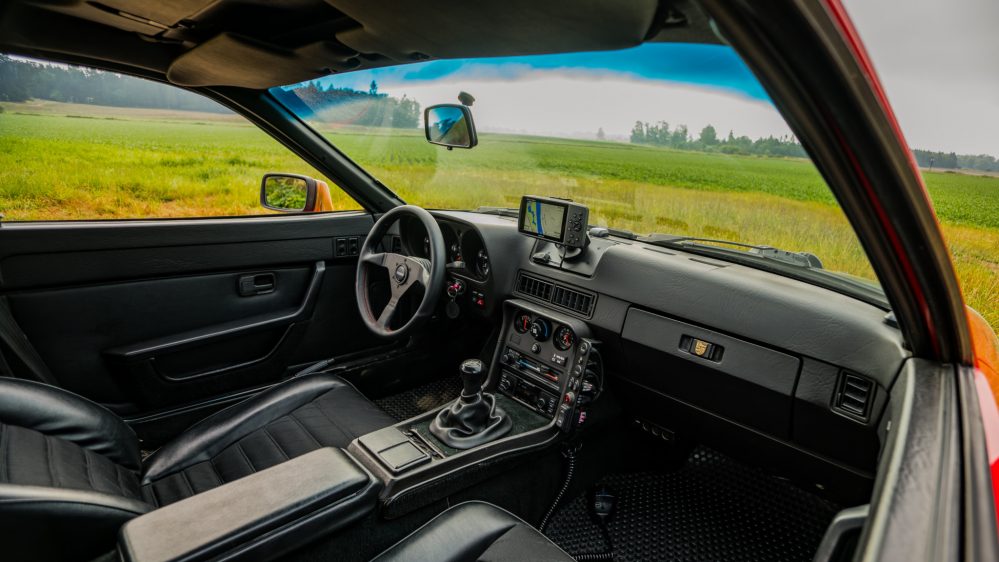 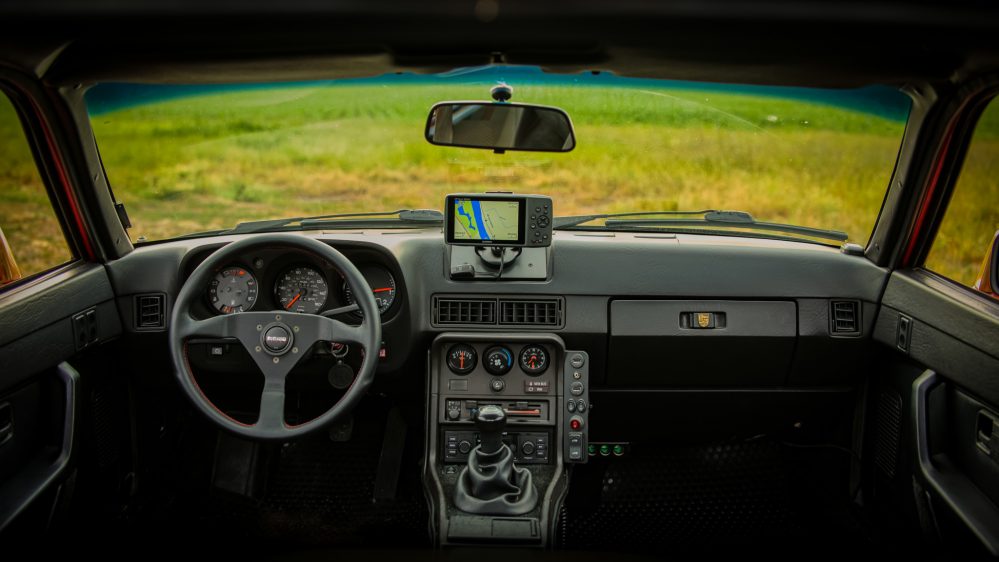 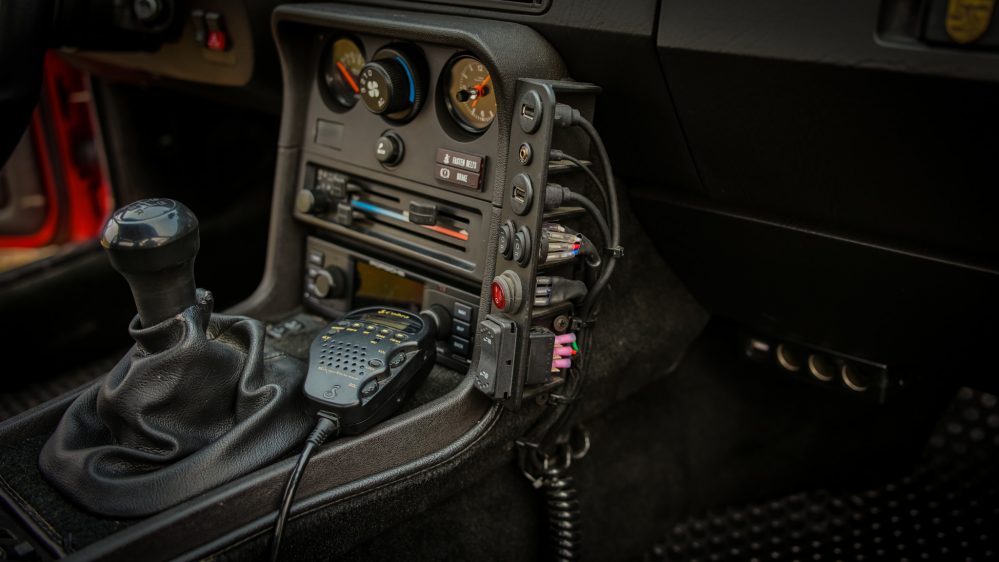 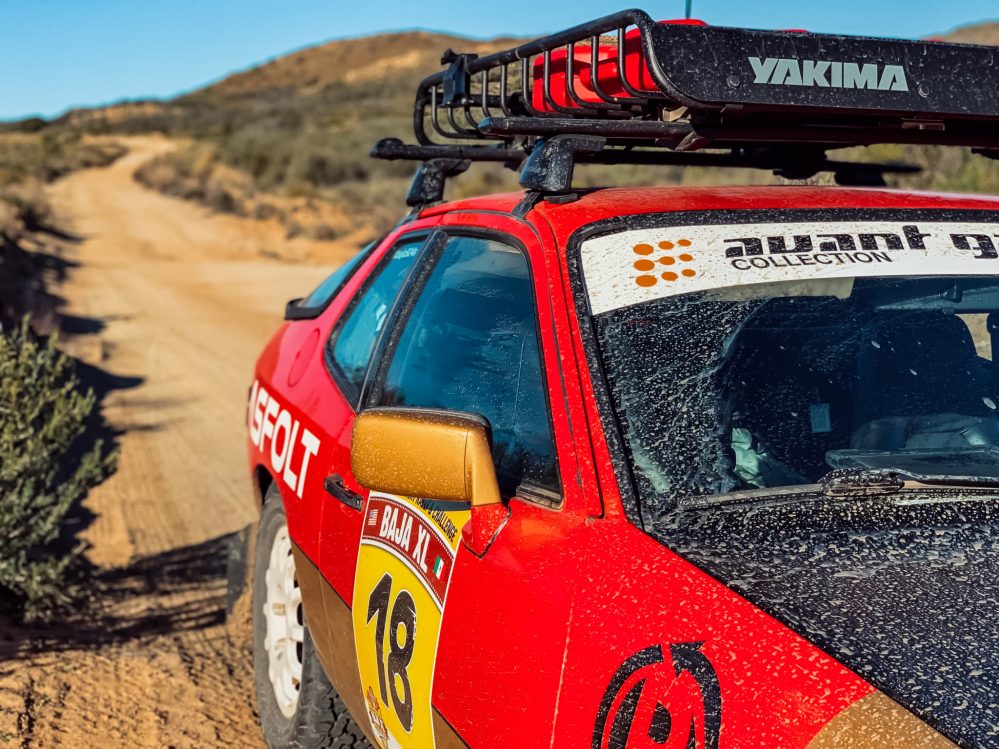 On the inside you’ll find black leatherette seats which are manually-adjustable and boast reupholstered patterned cloth inserts. A 944 short shift kit and MOMO Monte Carlo steering wheel have been added along with Lloyds rubber mats, a Garmin GPS system and dash mount, a Porsche Classic radio navigation unit with Bluetooth, a CB radio, and an auxiliary switch panel with USB ports so it really is an impressive looking machine both on the inside and out.

Acting as the beating heart for the 1987 Porsche 924S Baja Rally Car is the 2.5-liter inline-four engine which was shared with the contemporary 944 and was factory-rated at 150 horsepower when new. The rear-mounted 5-speed manual transaxle is equipped with a Traction Products limited-slip differential. It comes with a new timing belt, clutch kit, drive belt, engine mounts, lower crank seal, and crank position sensor which were all installed by the selling dealer last year. 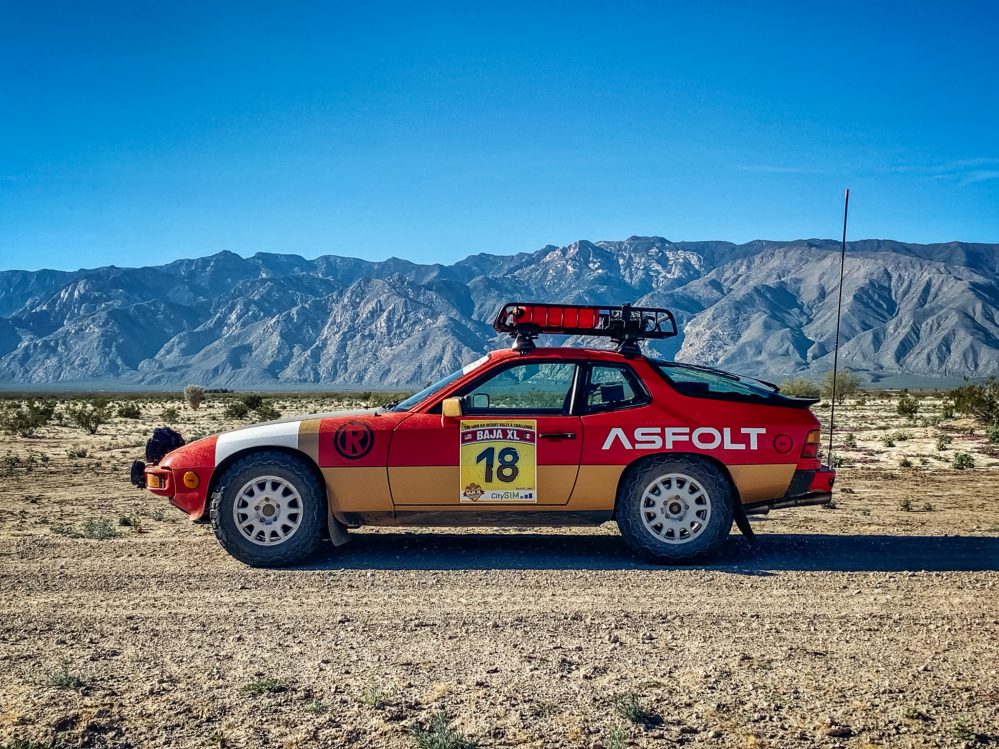 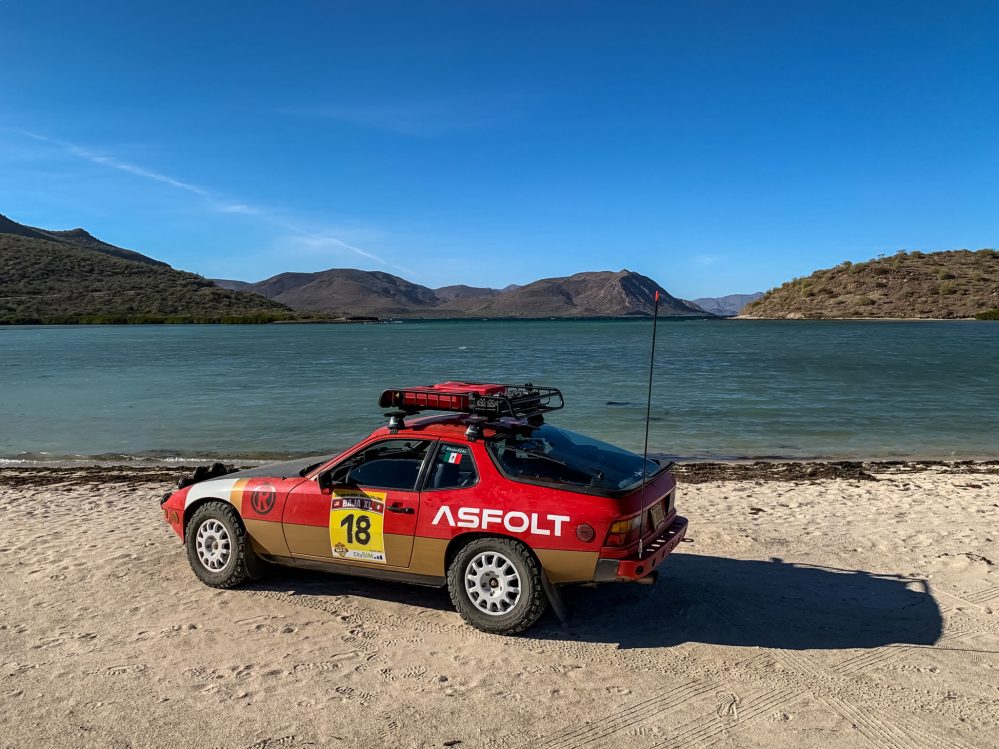 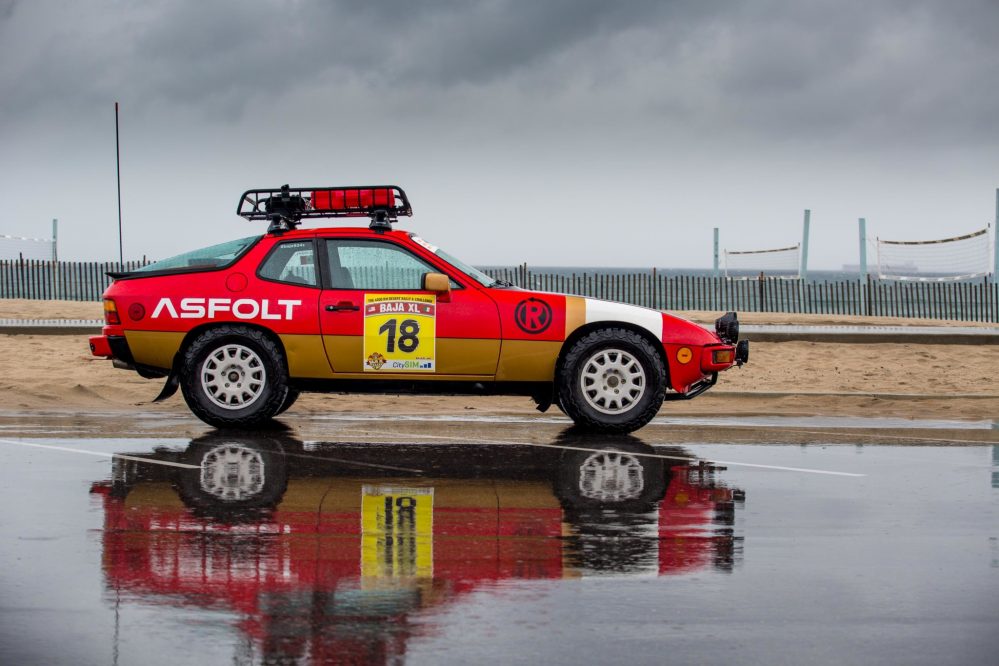 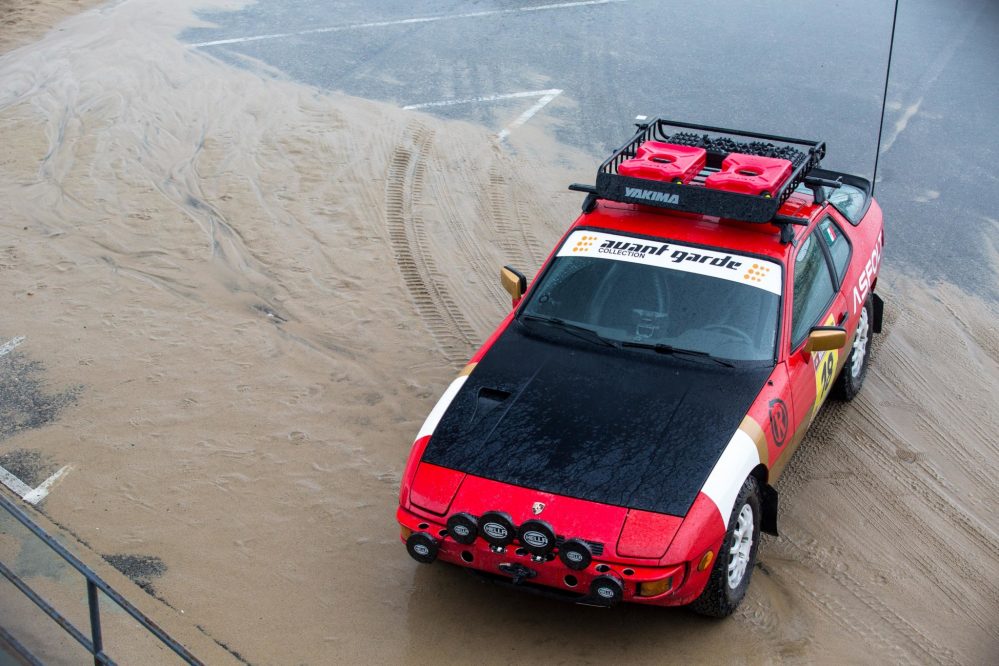 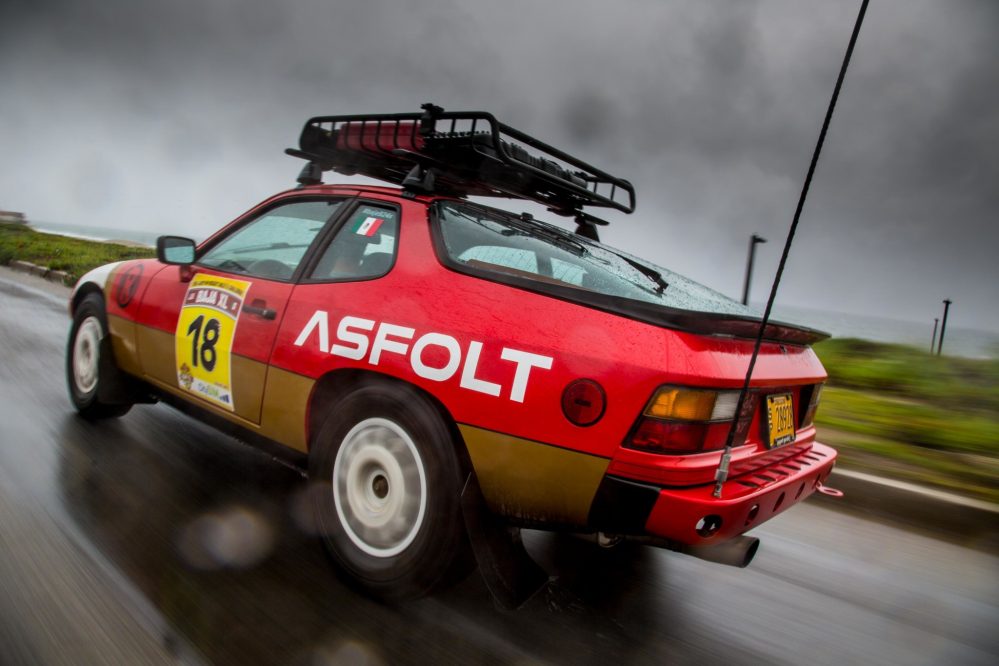 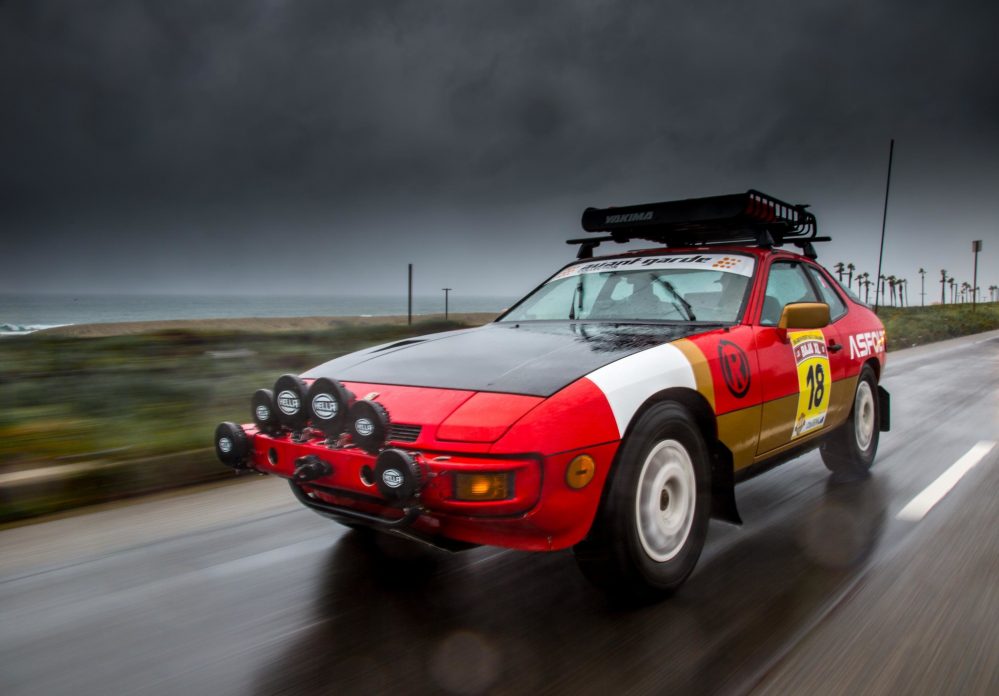 In addition, new bushings and mounts were installed, and a custom suspension was added by the selling dealer. The alloy skid plate shows rally damage, and a replacement unit will be provided with the sale but considering it’s currently only up to around $11k with the current bidding on Bring A Trailer, there is definitely a bargain to be had here.